After Singapore, there were no more plans – I returned to Hong Kong with an empty schedule ahead of me. I had envisioned a frenzied itinerary around East Asia, with hardly any down time, but I realized that I quite enjoyed having nothing to do – the apartment in Mei Foo, far from the hustle and bustle of Hong Kong’s more chaotic neighbourhoods, proved to be an effective place of refuge. The solitude was broken a few days later, however, when my uncle from Singapore flew up to Hong Kong to take part in my extended family’s twice yearly pilgrimage to our ancestral village in Chaoshan, a region in northern Guangdong province. Our family still has significant ties to the area, and my aunts and uncles regularly make the trip to check up on village matters, connect with distant relations, and visit our temple. Another one of my cousins, who was studying in California at the time, was also in town, so we tagged along to get re-acquainted with the story of our family from the other side of the border. 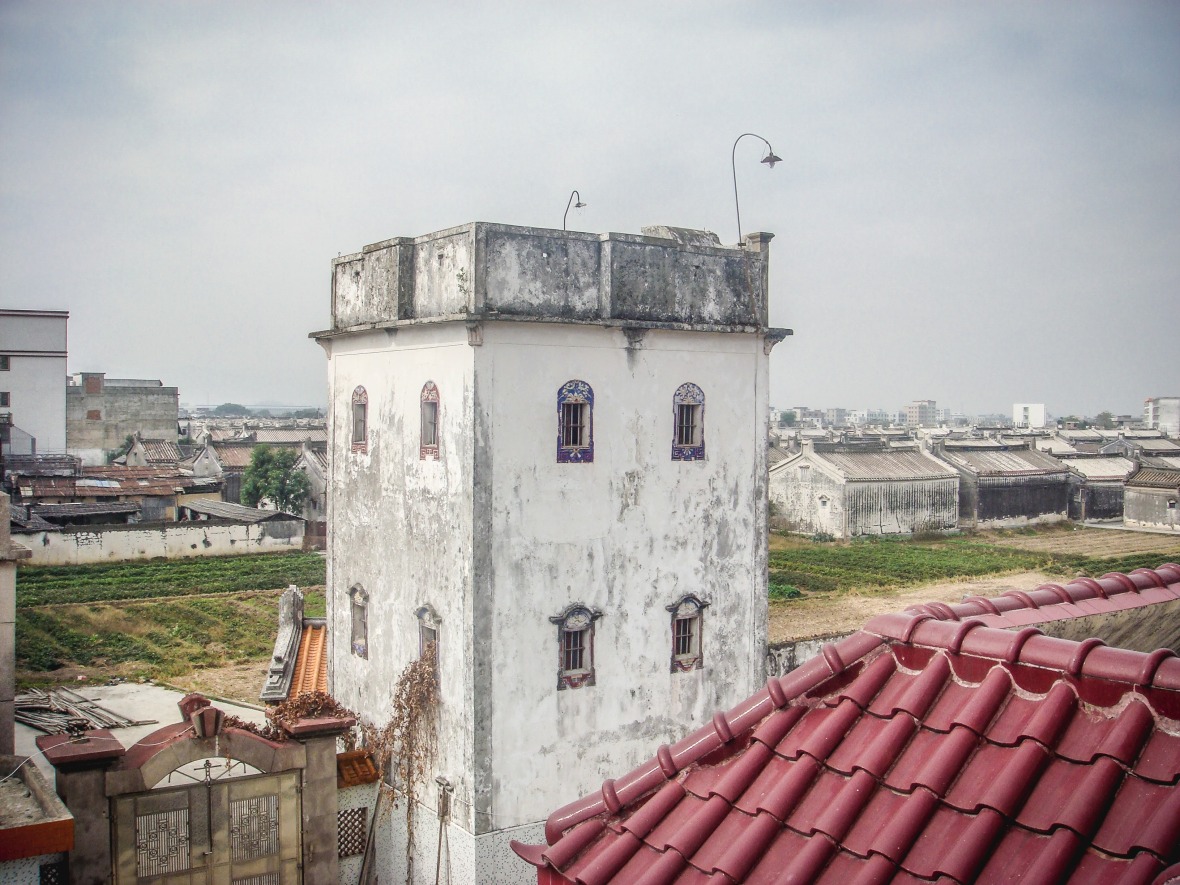 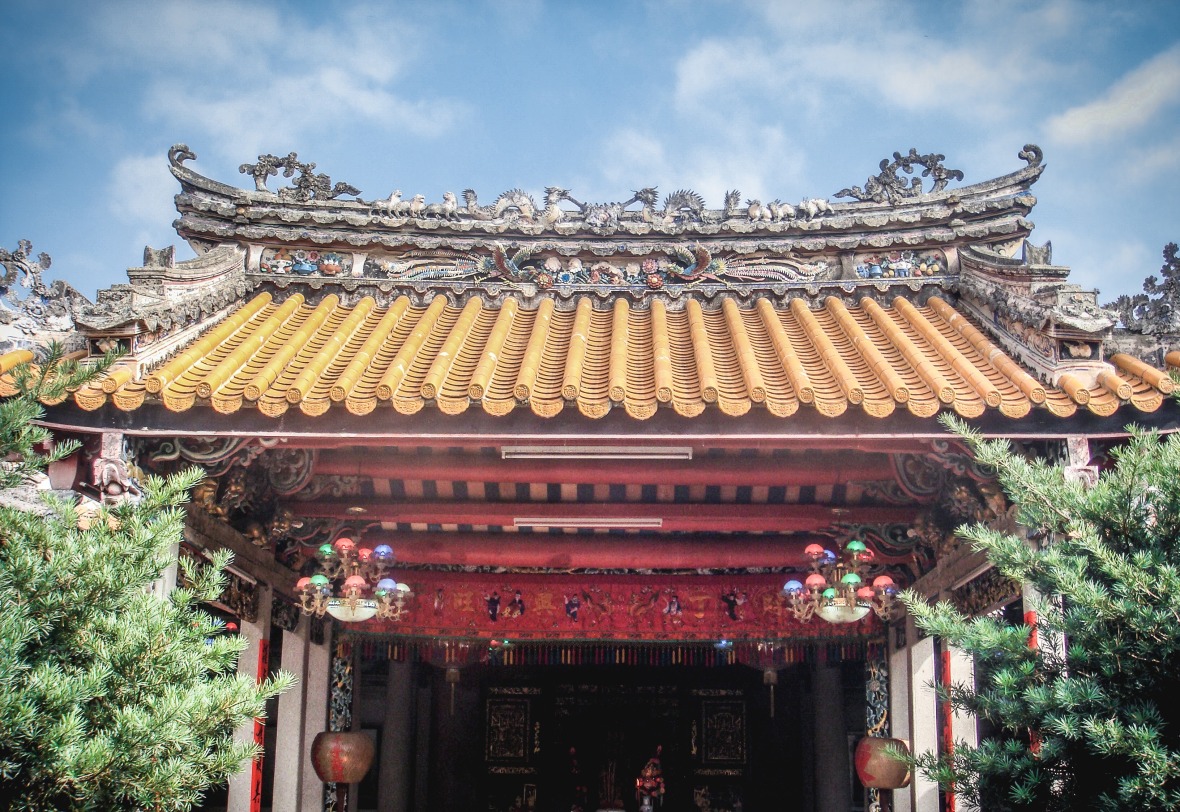 Though unplanned, I found myself looking forward to the journey. Both my parents can trace their lineage to the Chaoshan area, and they self-identify as Teochew, a term that describes people originating from the region, as well as the distinctive dialect that they speak. Growing up in Toronto seemed far removed from Hong Kong, which seemed far removed from our ancestral village, but my grandfathers had started out as villagers in the hills of southern China, and their grandchildren had grown up in middle class households in Canada, USA, Australia, and Hong Kong. As a kid, I remember having to fill out a family tree for a school project, but I could only get as far as my grandparents. My parents had difficulty remembering the names of their own grandparents, and anything beyond that was lost in the fog of my family’s past. A few years back, though, they had crossed into China to find my dad’s ancestral village, armed with a set of directions from the Hong Kong family. All of a sudden, I was aware of the fact that, somewhere in China, there was a little village with a tiny temple with a list of my family’s generations. 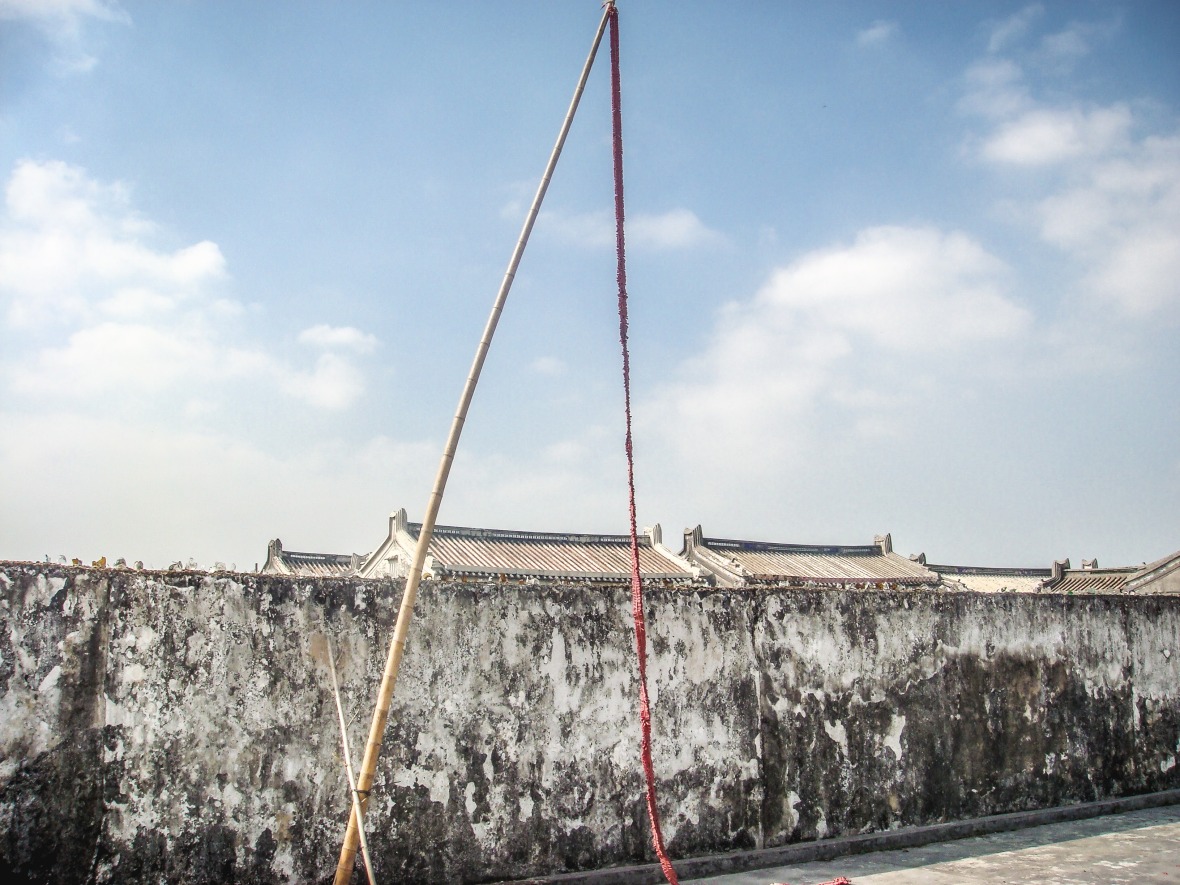 A van was waiting for us on the other side of the border, and for the next five hours we trudged along congested country roads, sped down empty, newly-constructed highways, got lost about a half dozen times, and were subject to some truly terrifying driving techniques. We eventually pulled up in front of an imposing three story house, one that my grandfather had built after he had established himself in Hong Kong. After walking through the house and stretching our tired legs and backs, we exited out a side door, and I laid eyes on the village where it all began: long rows of low brick buildings, gabled rooftops topped with faded gray tiles, each row neatly subdivided into courtyards and temples.

After a brief stop at my grandfather’s childhood home, we made our way to the family temple, a grey-brick building with a tall sloping roof inhabited by the frozen images of various gods and divine beings. At the back of the temple was a platform set up with various brick-sized tablets – some were covered with red or dark purplish velvet pouches, while others were exposed, revealing the names of my ancestors. A large, rectangular, bronze fixture dominated an adjacent wall, covered in tiny Chinese characters – a poem that had been commissioned for the family. In subsequent years, successive generations of Chans had gone down the poem, character by character, to name each generation of “brothers” – male members of the family born within the same generation. Sure enough, about three-fifths of the way through, I found the character that I shared with the male cousins on my dad’s side of the family. I watched as my aunts and uncles, along with more distant relations from the village, performed the rites honouring our ancestors, burning incense one by one. When the ceremony was completed, long strings of bright red firecrackers exploded in a riot of noise and smoke outside the temple, and kids from the village swooped in to look for the odd cracker that had failed to go off. 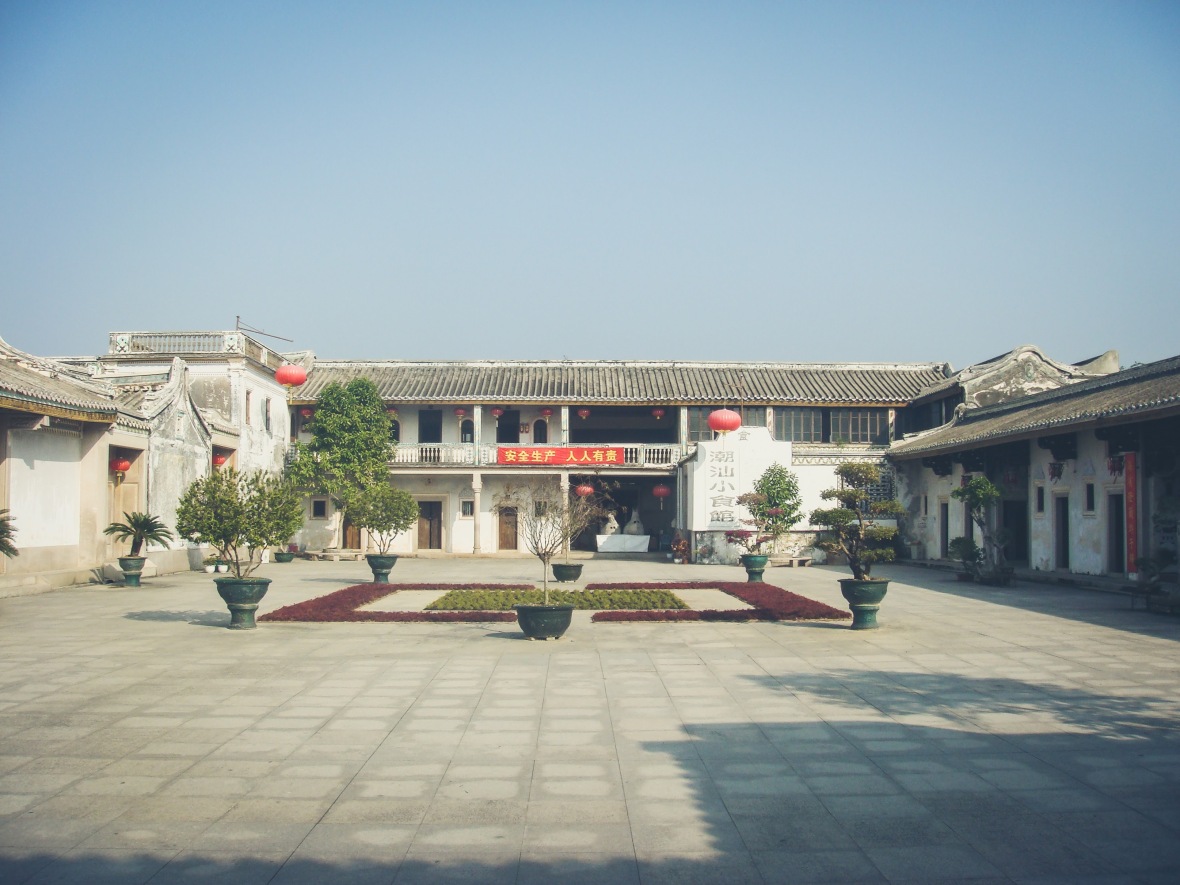 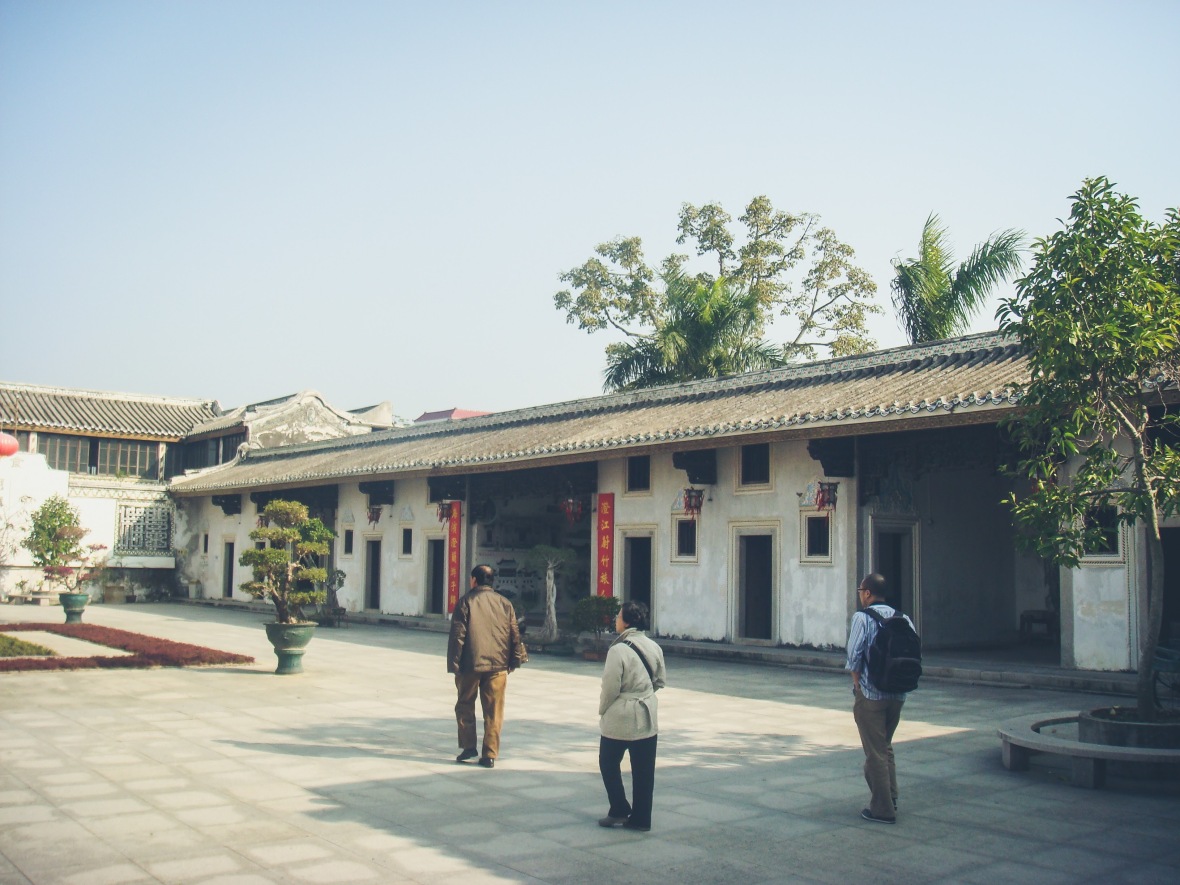 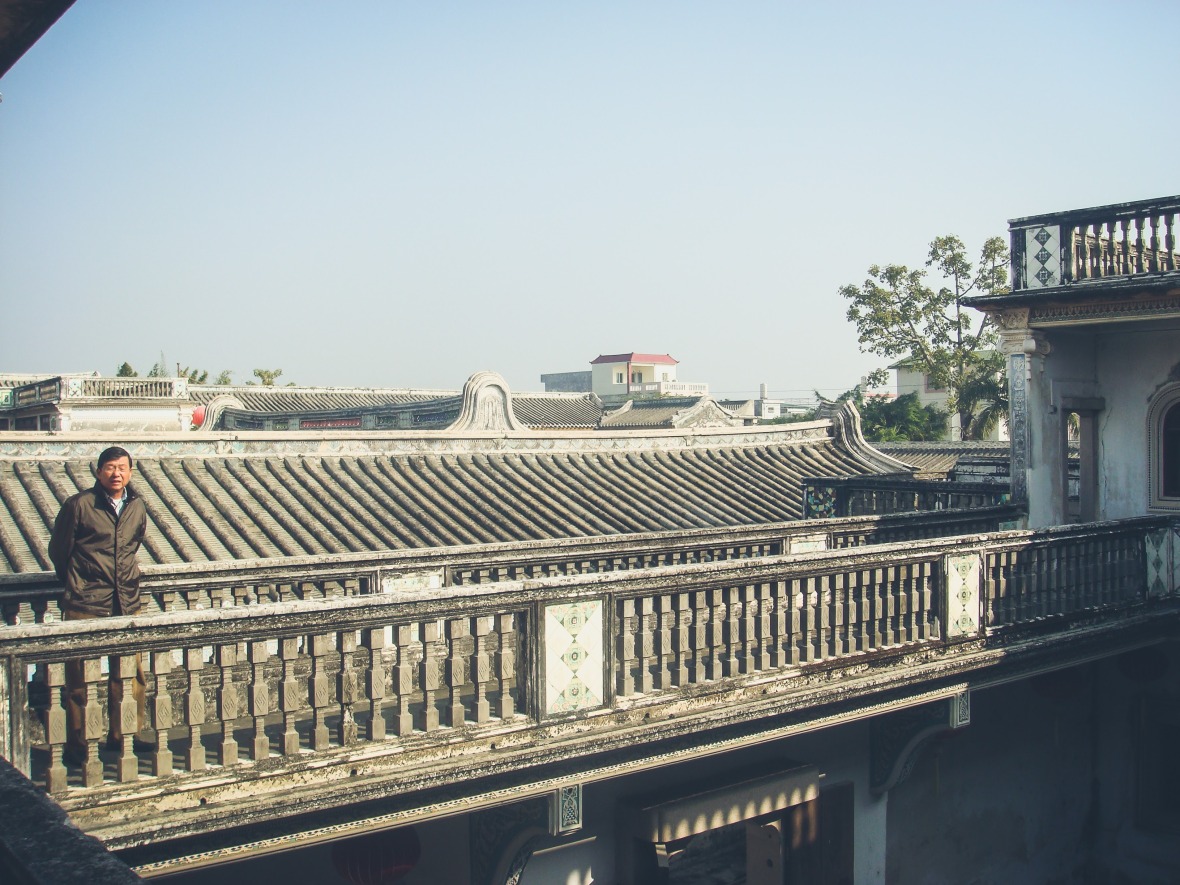 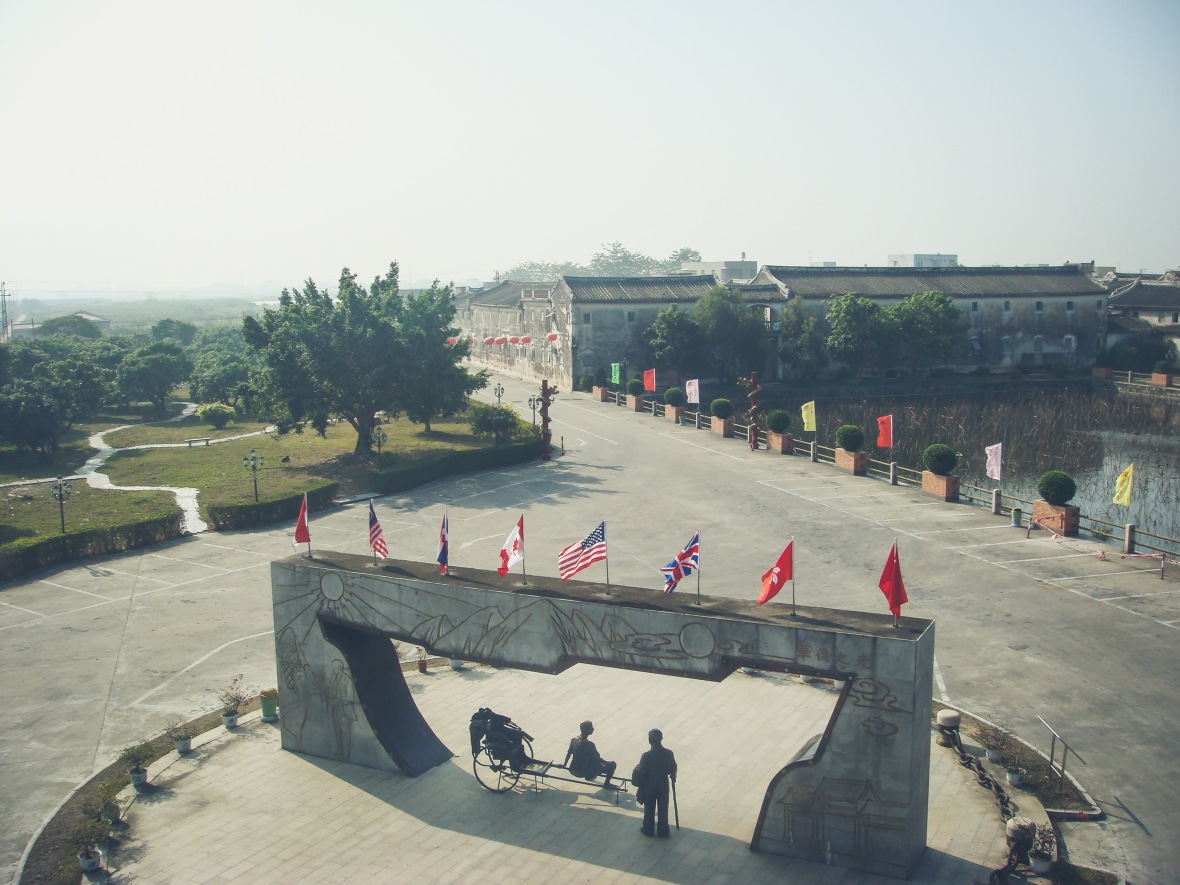 The rest of the day was spent exploring the Teochew countryside and taking a walk around the school that my grandfather had built. Half of my aunts and uncles went back to Hong Kong in the late afternoon, while myself and a few others continued on to Shantou, a key trading port in the 19th and early 20th centuries. We had time for a quick Teochew dinner – slow-braised goose, oyster omelette, cold steamed fish – but the exceedingly long hours in a hot van finally caught up to us, and we trudged back to the hotel to catch some much needed shut-eye. The following morning, we left the big city behind and did some more touring around the area, before piling into the van and settling in for the long drive back to Hong Kong. Walking the same dirt roads that my grandfather, and my ancestors, had walked was an unforgettable experience, and I consider myself fortunate to have such a direct connection to the pre-Hong Kong chapters of my family’s story. All the same, I was glad to be on my way back to Hong Kong, and after a few days of lazing about in the apartment, I began to plan the next leg of my journey: Taiwan.