A couple weeks after Malaysia, I was back at the airport for another holiday.  This time around, I’d be spending a few days in Taipei with Paul, a Korean-American from New York, Dawn, a Singaporean, and Helen, a fellow Chinese-Canadian.  Paul, Dawn, and I were in the same church small group, and we knew Helen from church as well.  Dawn had brought up the idea of going to Taipei in an email chain over the summer, and I figured it’d be a relatively affordable getaway with friends.  Then Malaysia happened, and the exorbitant cost of the one-way ticket, in addition to the already steep cost of the rest of our Malaysian adventures, set my bank account on fire.  In any case, I’d already committed to Taipei, so after nursing my wounds and eating on the cheap for a couple weeks, I packed my bags once again and headed for the airport.

Taipei is the capital of Taiwan and, in almost every respect, be it politics, economics, and culture, it dominates the national discourse.  I use the word national here very carefully, as regional geopolitics has rendered Taiwan a virtual non-entity on the global political scene.  In the last one hundred years, it has served as a Japanese colony, a province of China, and finally, depending on who you speak to, either an estranged province of the People’s Republic of China, or the last remaining vestige of the Republic of China.  As I walked around the streets of Taipei again, I could see the Japanese influence in the urban planning and architecture of the city – its low, tightly-packed buildings and wide streets reminded me more of Tokyo than Beijing or Hong Kong.  It’s use of Traditional Chinese characters spoke to its Republican past and present – Hong Kong and Macau are the only other Chinese territories that have resisted the switch to Simplified Chinese.  Taiwanese politicians have had to walk a precarious tightrope in the last few years, balancing the economic benefits of a closer relationship with Mainland China with the political cost of further entwining Taiwan’s future with its imposing neighbour across the narrow Taiwan Strait. 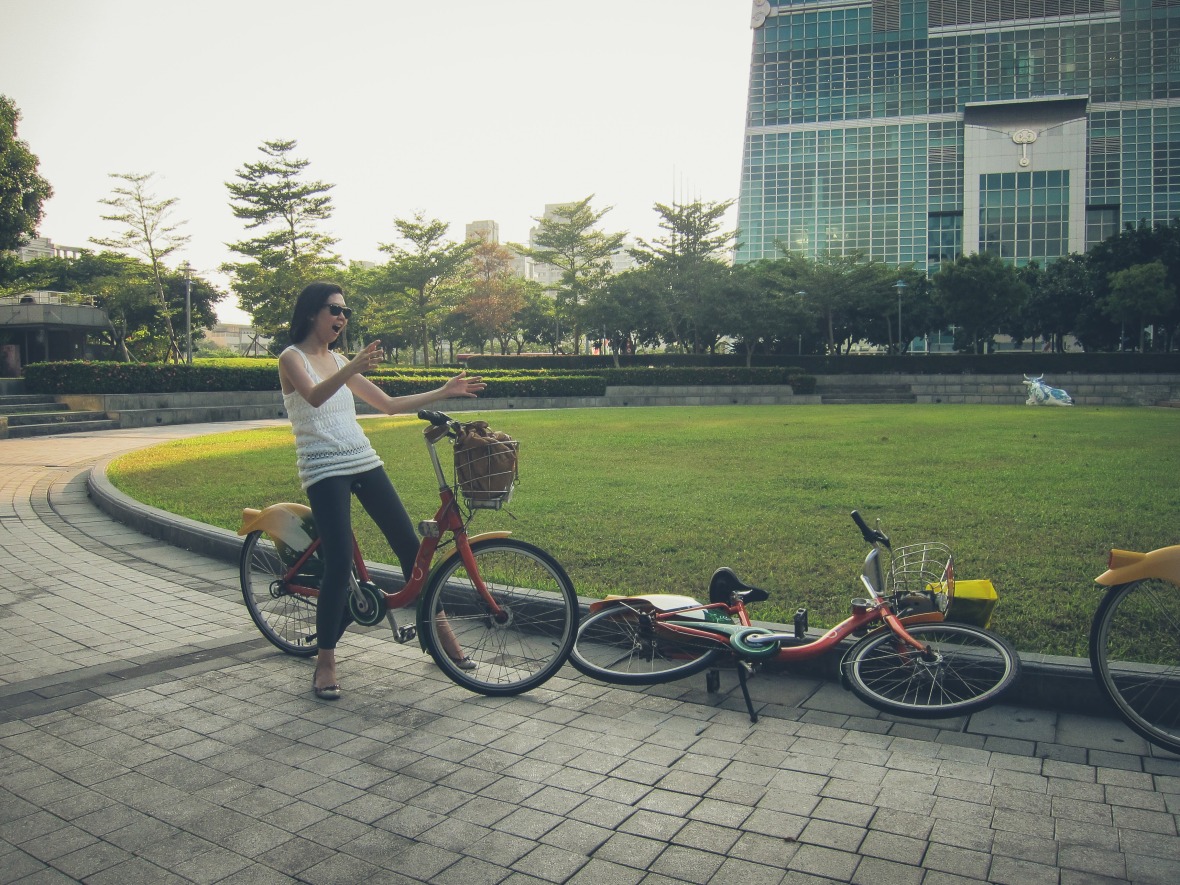 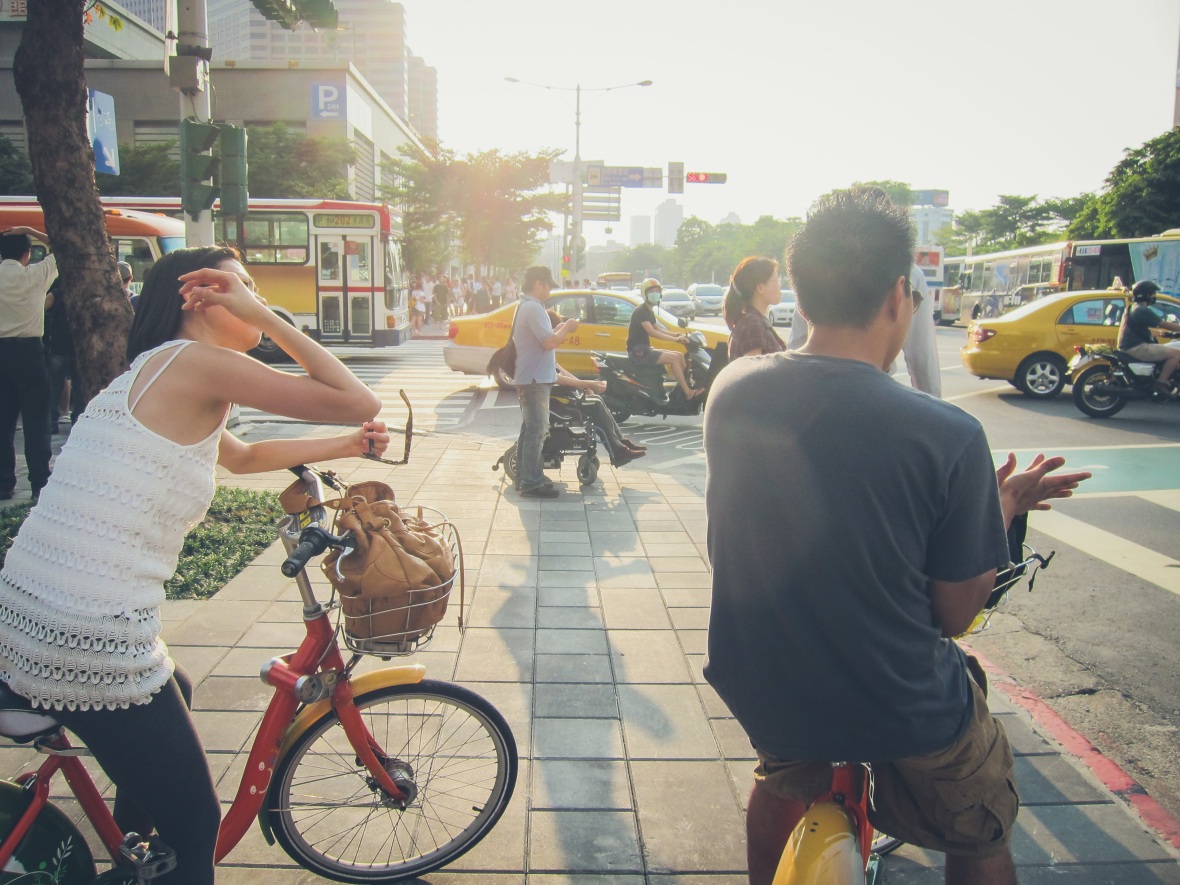 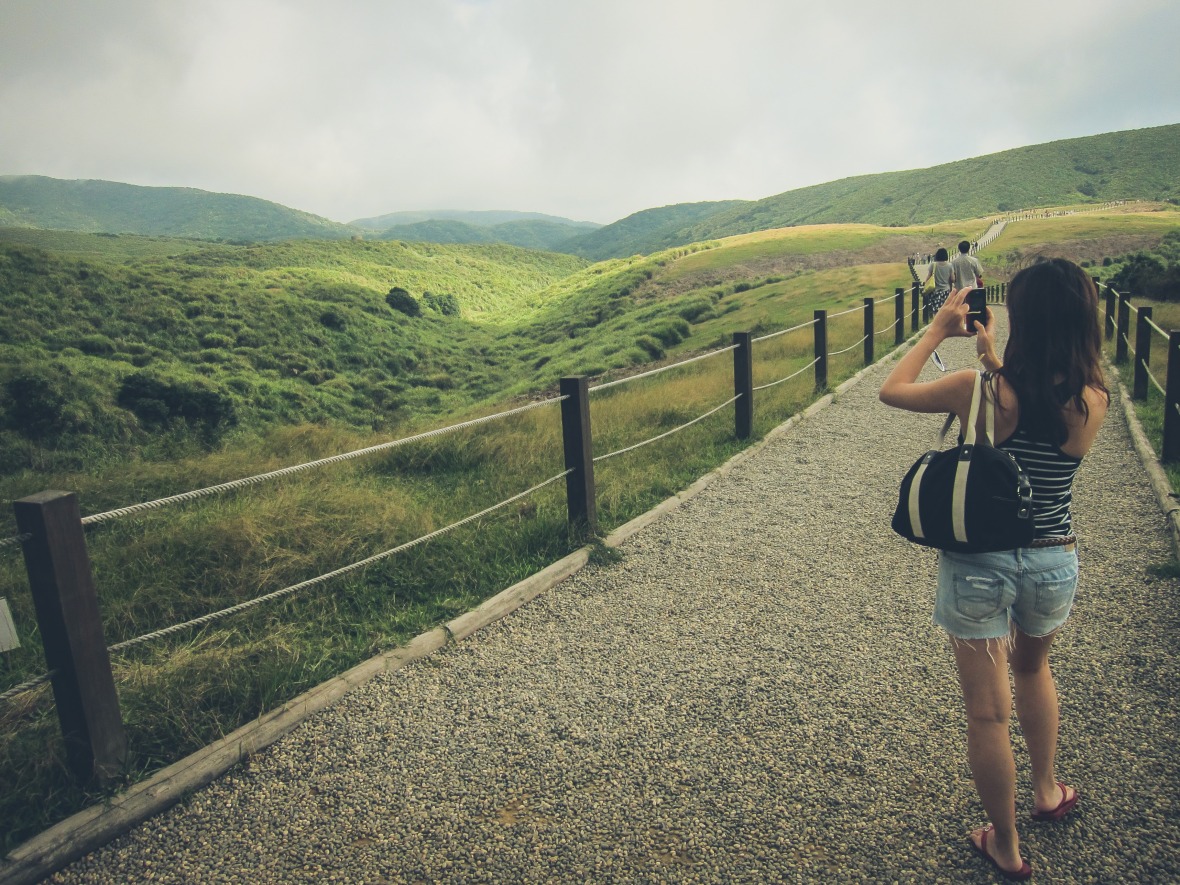 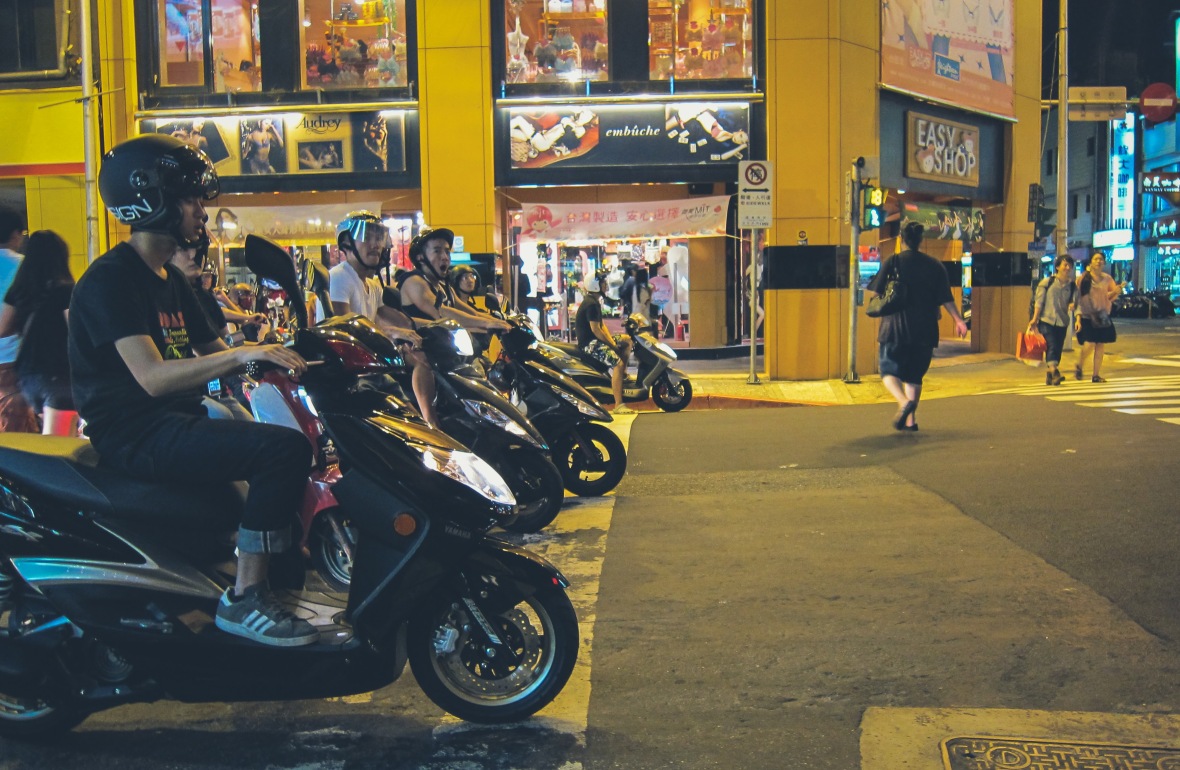 We did a lot of eating, as is expected in Taiwan.  Our flight arrived in Taipei during the evening, and after checking into our hotel (Good Life Hotel – decent, except the shower area was visible to the rest of the room) we headed out to a nearby night market area to grab some grub.  The next morning, we had a late breakfast at Din Tai Fung (link goes to the USA site because ‘Murica!), a famous chain of Taiwanese restaurants specializing in xiaolongbao.  Its reputation as a destination restaurant was partly solidified by a New York Times article in 1993 that named it one of the top ten restaurants in the world, and two Din Tai Fung locations in Hong Kong were awarded one Michelin star each.  There’s even a knock-off Ding Tai Fung restaurant in a popular shopping plaza in Markham, just outside of Toronto, though the dumplings there are terrible.  There’s a perception these days that Din Tai Fung is now overrated and overstretched as a brand, and that one can easily get superior dumplings elsewhere.  Having said all of that, we had a thoroughly enjoyable meal, and I’d still recommend it to first-time travellers to Taipei.

On my last trip to Taipei, Yun Ping had taken me out for dessert at a place called Ice Monster.  I had heard rumours that it had since closed and opened up again, I’m not too sure on the exact details, but we came across a branch as we were walking off our Din Tai Fung meal.  The dessert is basically a large, shallow bowl filled with fresh fruit, shaved ice, ice cream, and various syrups and sweet sauces – the resulting mountain of flavours is irresistible.  On another day, Dawn took us to an ugly little building among other ugly little buildings, where I consumed the best beef noodle I’ve ever had in my life.  It might be the best meal I’ve ever had in all my trips to Taiwan.  I can’t even begin to tell you where it is though.  In the evenings, we made our way through various night markets, reacquainting ourselves with dumplings drowning in vats of boiling soups and oils, row upon row of glistening, red sausages, and the magnificent deep-fried chicken steaks the size of a small child.  We ate well, and we ate often. 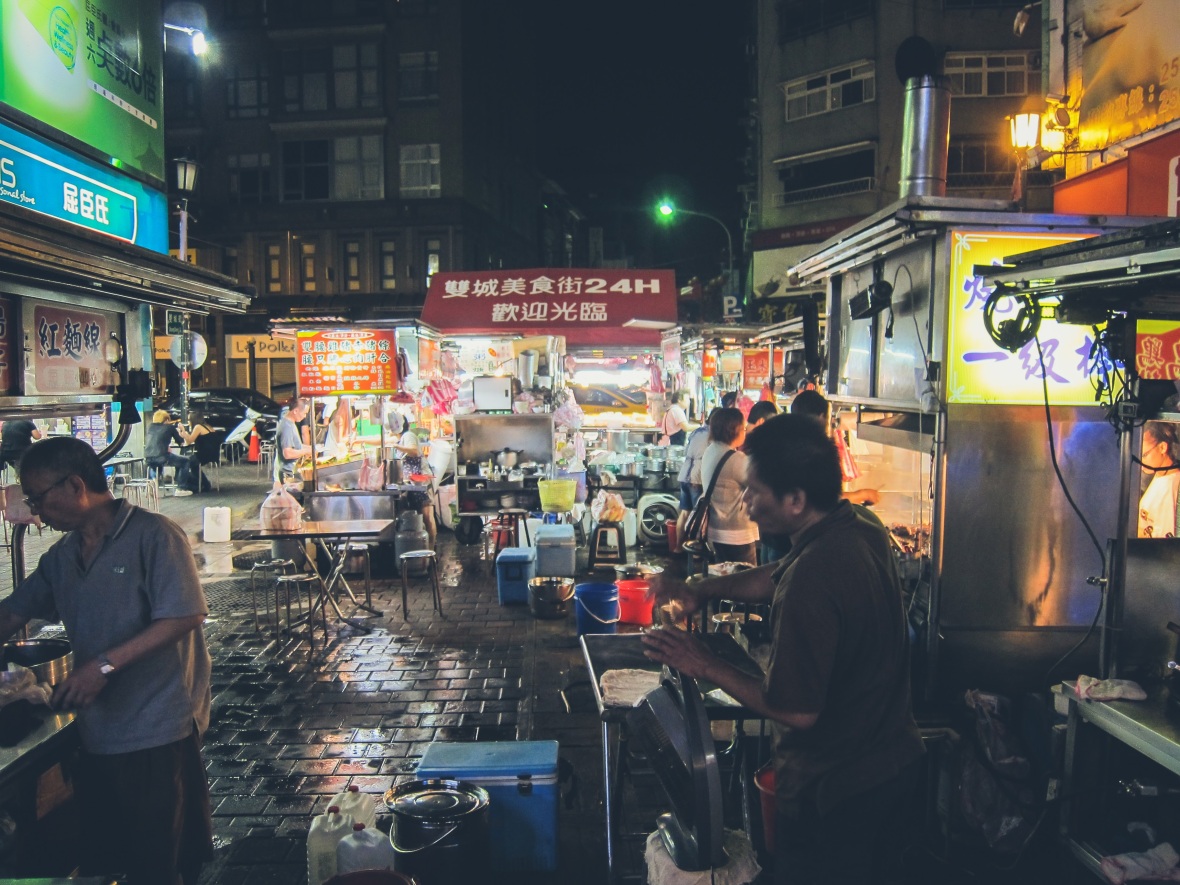 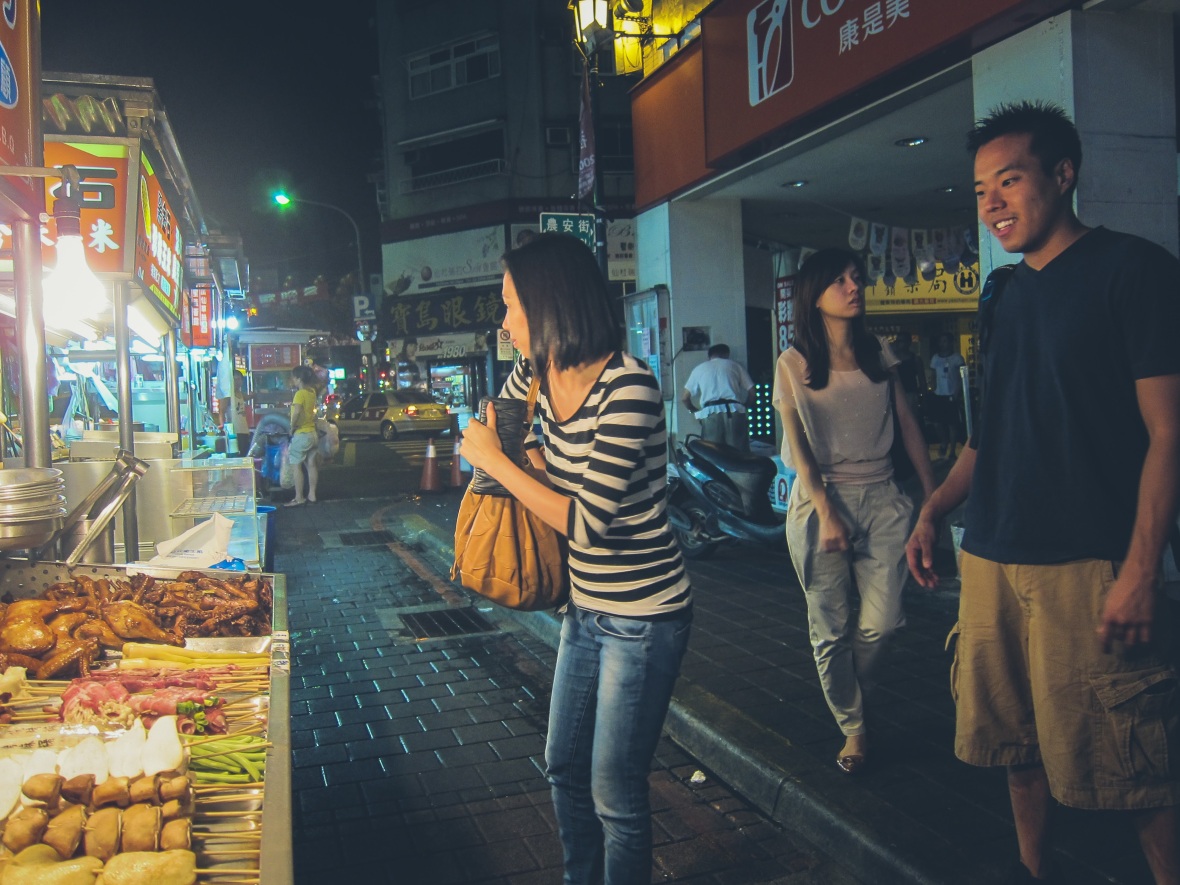 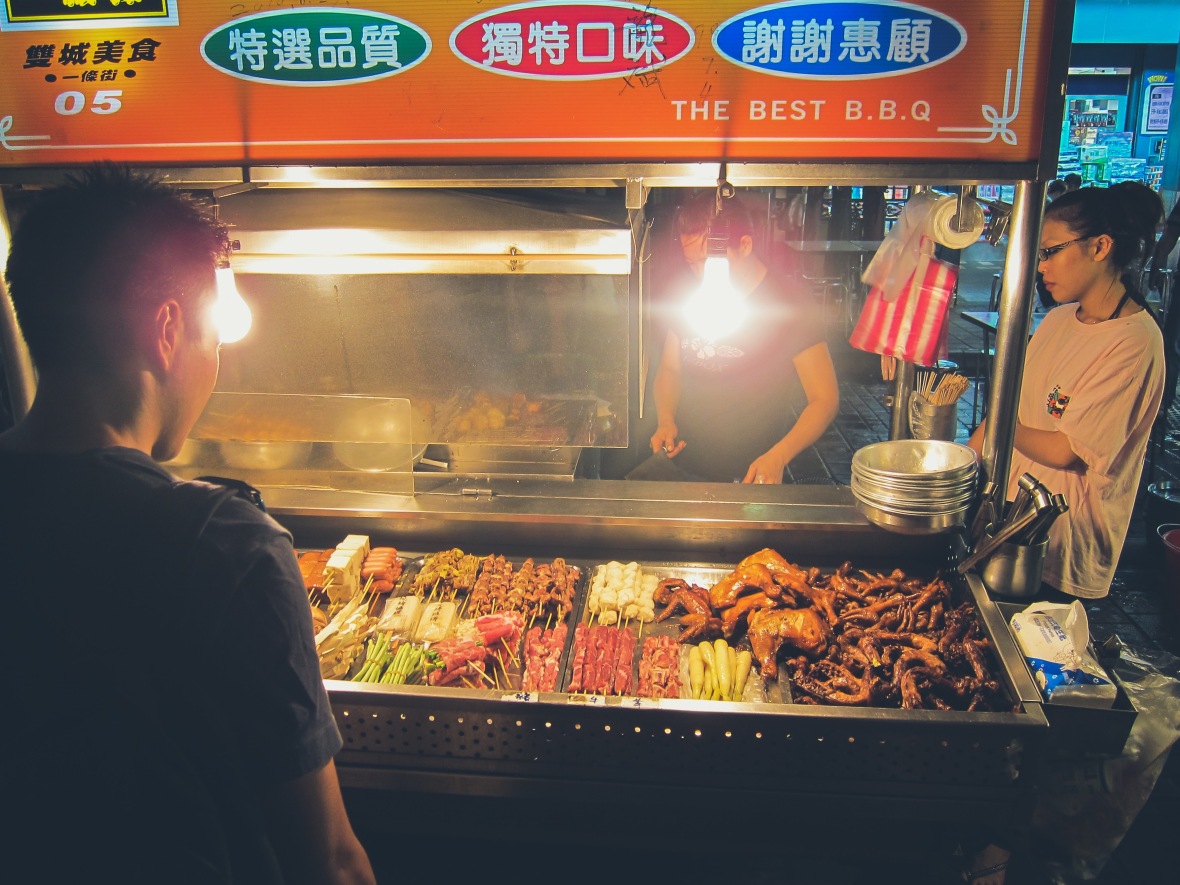 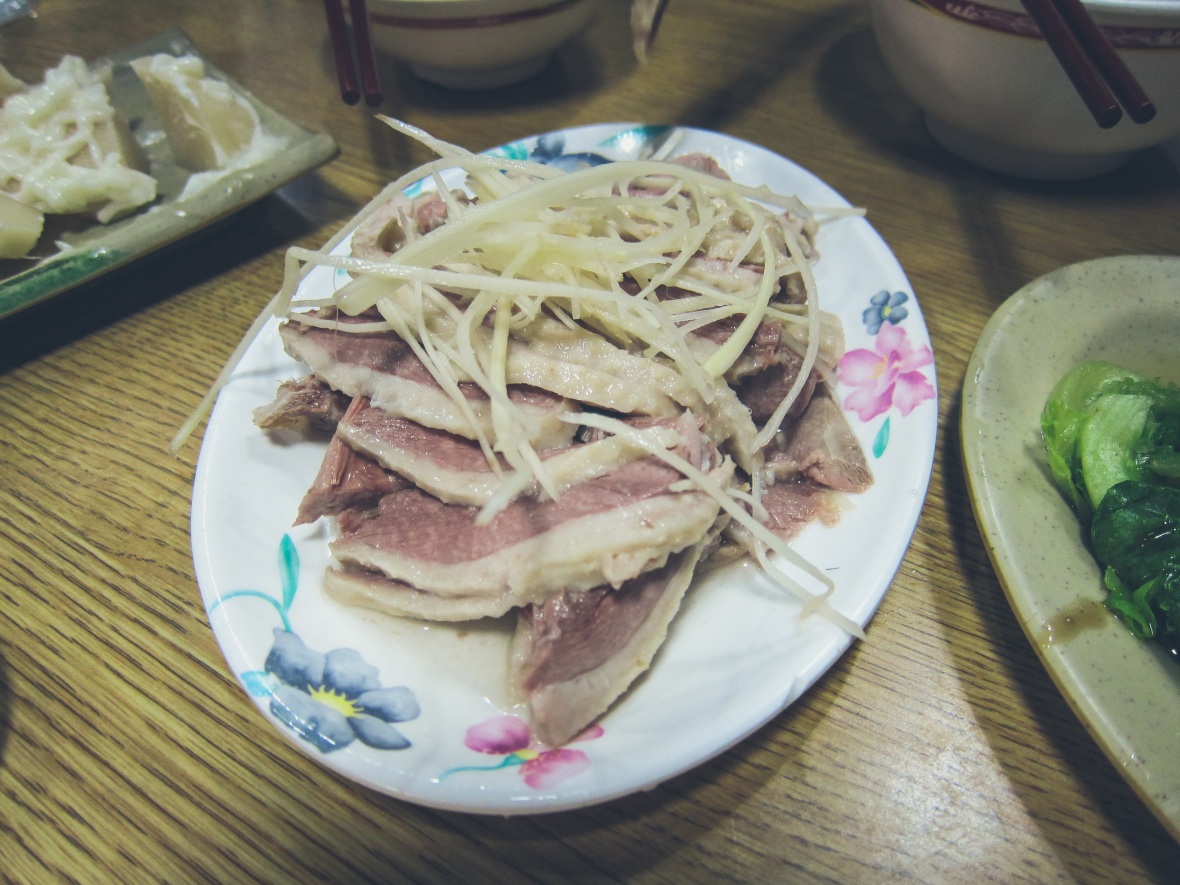 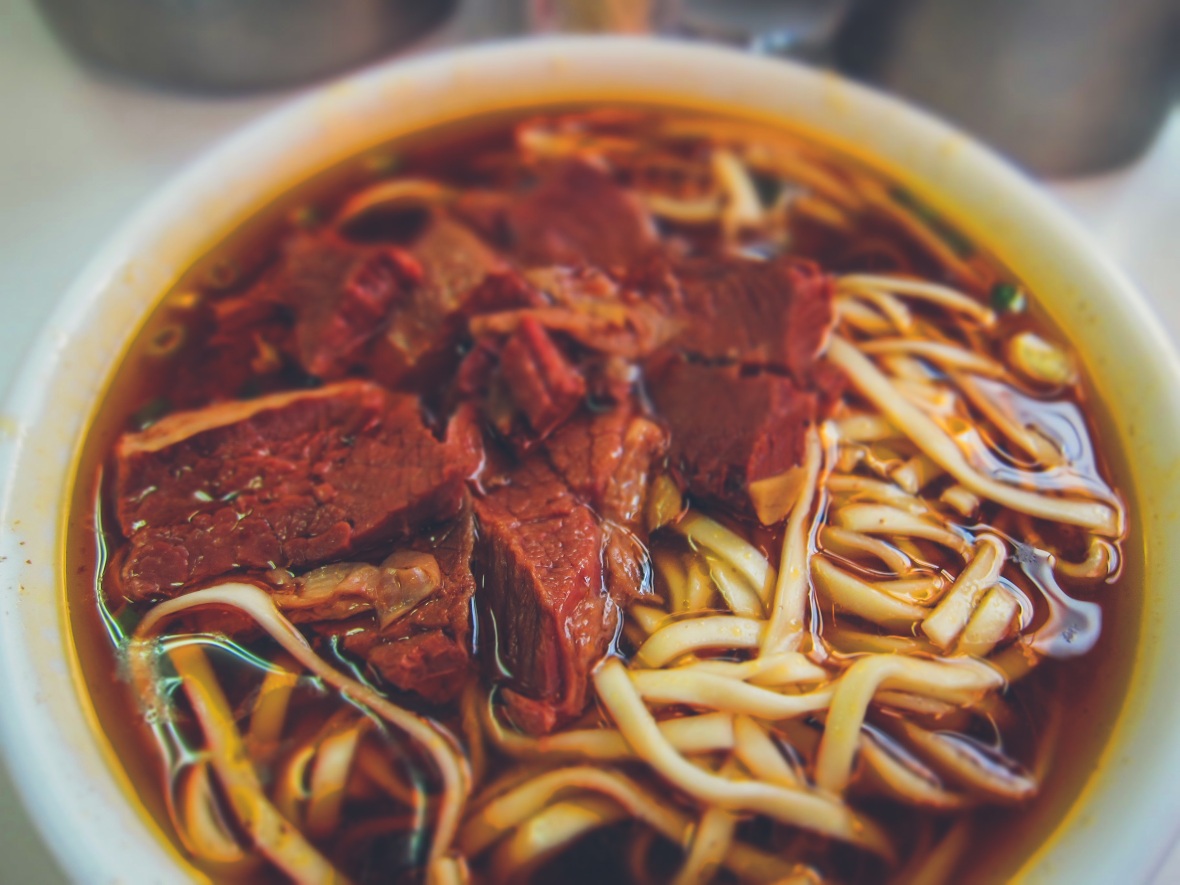 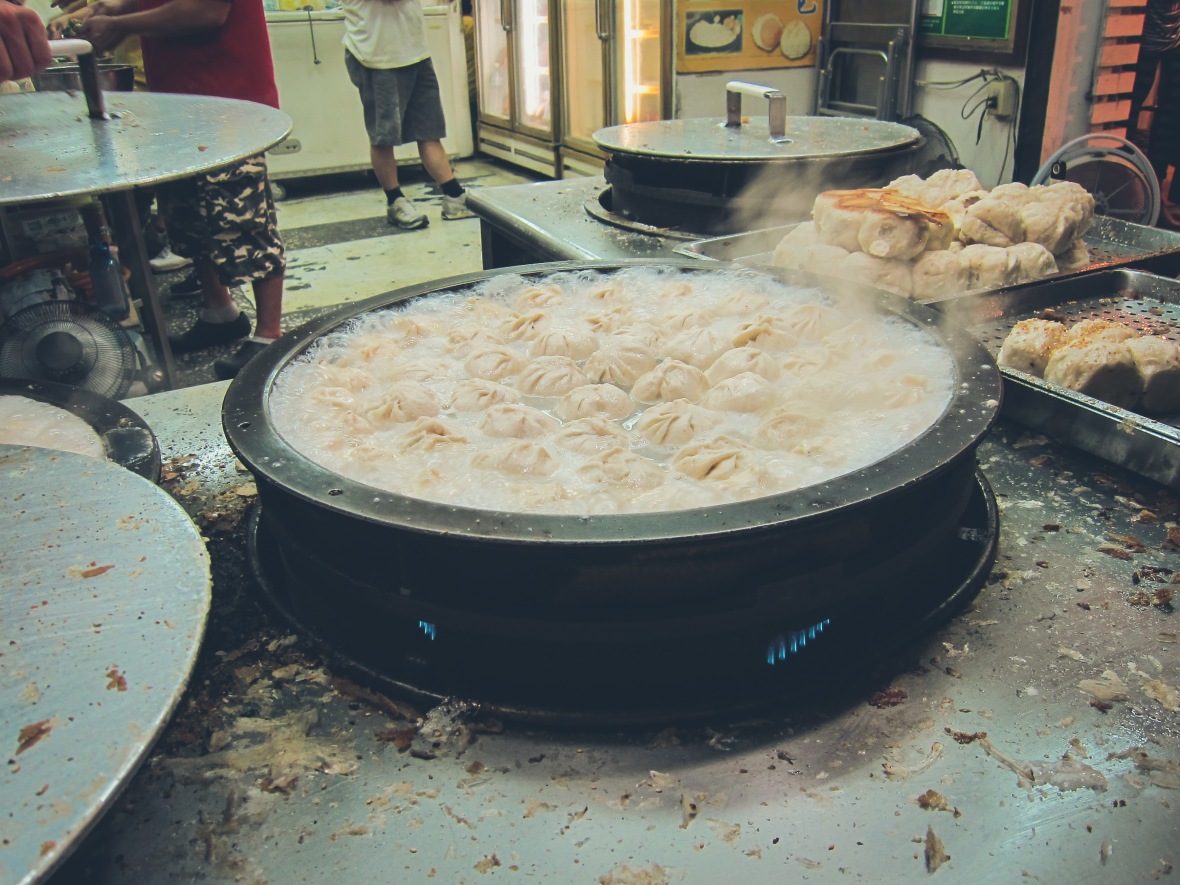 On one of the afternoons, the girls had made their own plans, so Paul tagged along as I took the public transit over to Tamsui, a small city to the north of Taipei.  Yun Ping, my travel companion the last time I was in Taiwan, had arranged for us to meet him there, and he took us for a nice, leisurely walk around the waterfront area.  We caught up a bit as he shared about his experiences in the military, and I brought him up to speed with what was going on in my life in Hong Kong.  The circumstances had changed since we were two fresh graduates hiking the mountain paths of Taroko Gorge – by this time, we were more established in our new lives, and maybe there was a bit of distance because of that.  Regardless, it was still good to see Yun Ping again, and we’d have another warm reunion at the end of 2014 when I returned to Taipei with Ashley. 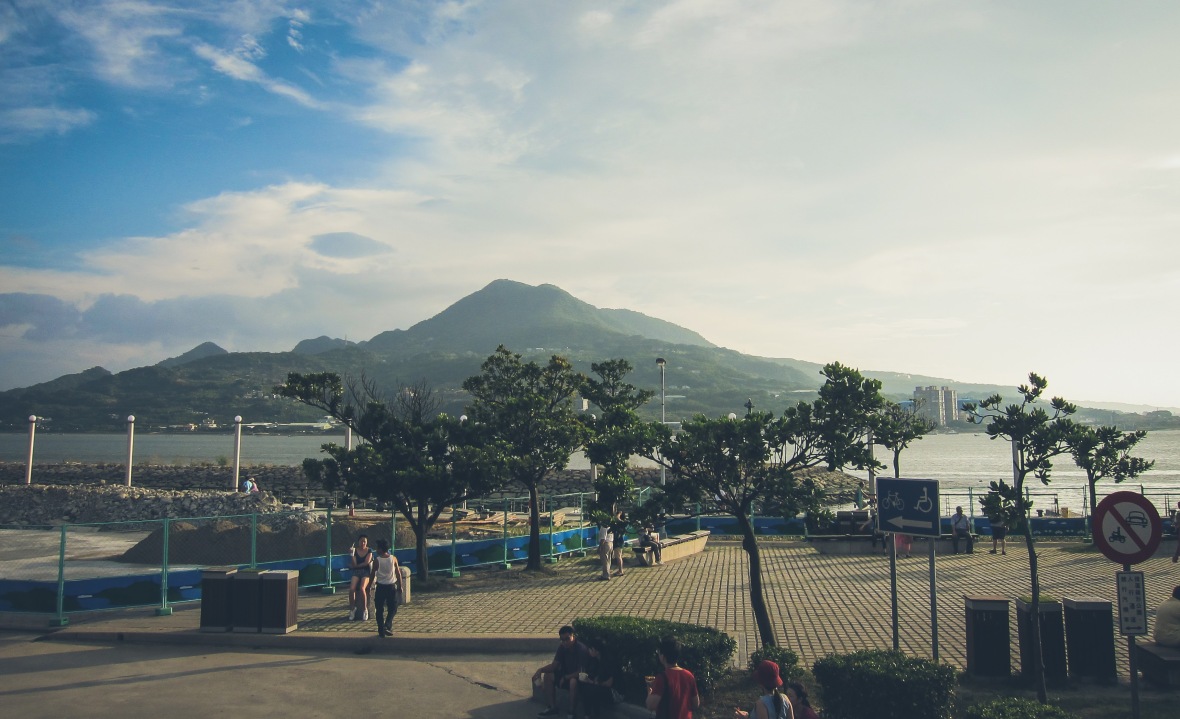 On our last day, we took a cab out to the mountain village of Jiufen, made famous by a Taiwanese film, A City of Sadness, as well as Miyazaki’s Spirited Away.  The old, narrow streets and the haphazard layout of the buildings along the sides of the hills are a legacy and a reminder of days gone by, an older Taiwan that belonged to another age.  At the same time, it’s clear that the tourism industry has a firm grip on the village, and every moment spent appreciating the stunning surroundings is shared by the thousands of other tourists walking the same slippery stone steps as you.  We stumbled upon a costume shop along one of the side alleys, where you pay a nominal fee to dress up and take pictures.  This proved to be the highlight of the day, and, indeed, the trip.  I wish I had more pictures of that afternoon, but most of the photos were taken with Dawn’s camera. 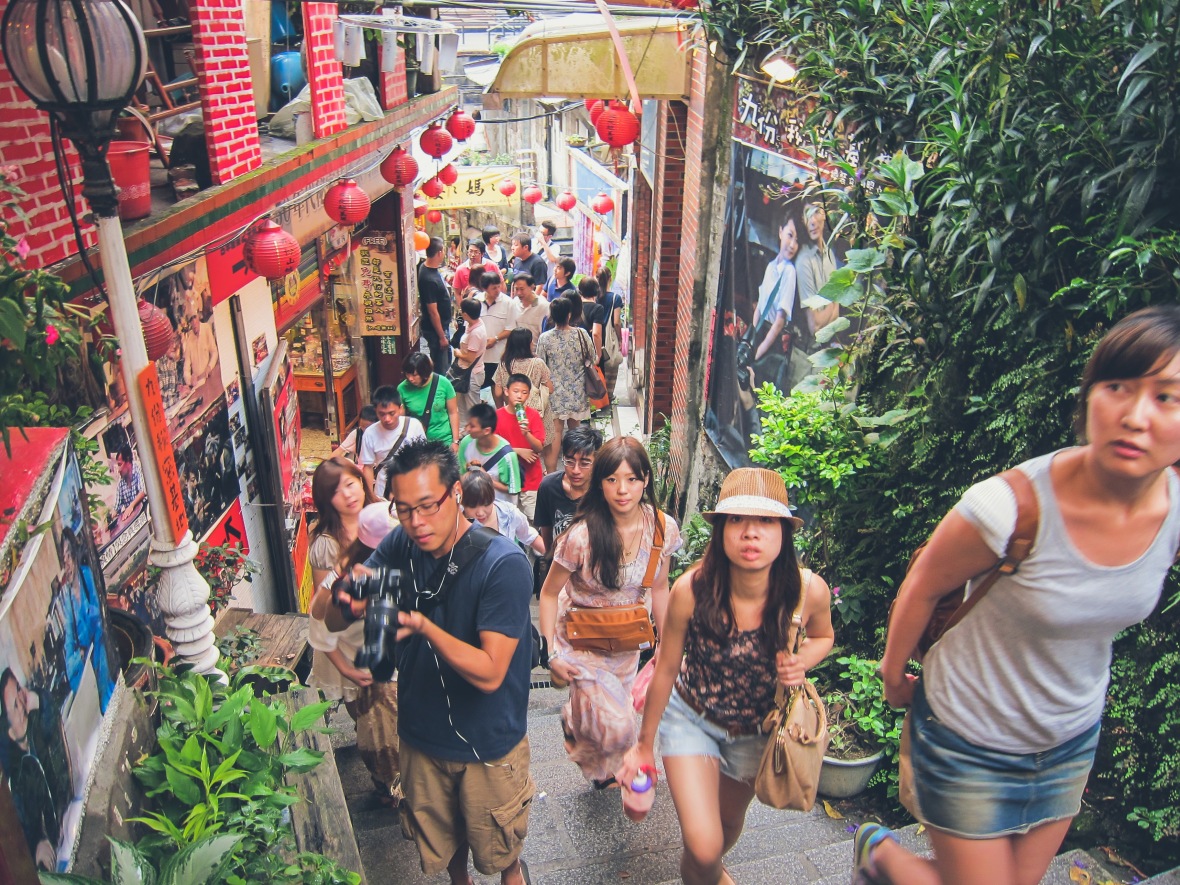 This would be my last time traveling with Paul during his time in Hong Kong. He had moved here the year before I did, here being the Pearl River Delta area as he actually spent most of his time across the border in Shenzhen, and he played a big part in making Hong Kong feel like home. Unfortunately, he would move back to New York at the end of the year for good, though he still comes back once or twice a year for work.  Ashley and I were also able to grab a dinner with him and his wife, June, when we spent a week in the Big Apple in 2013.  As for Helen, this would be my only time traveling with her, but I would get to travel with Dawn a couple more times before she too eventually moved to New York a few years later, including another trip at the end of the year.