In the early months of 2013, Vikki and Sharon, the twin sisters who had invited a large group of friends to Shanghai at the end of 2011, extended a similar invitation for Christmas and New Year’s at the end of the year. Their parents were no longer in Shanghai, however, having relocated to Switzerland the year before. This did nothing to dampen Mr. and Mrs. Leung’s enthusiasm for hospitality, and they were eager to have guests during their temporary two year stay in Europe. In addition to Vikki (Nepal 2010, Shanghai 2011) and Sharon (Shanghai 2011, Yunnan 2012), Alex (Shanghai 2011, Taiwan 2013, Ho Chi Minh 2013) would also be joining us, as he and Vikki had been dating since shortly before our Shanghai trip. Our new travel companions were Sam and Fiona, two married friends from our church, and their infant son, Lucas. Sam and Fiona are both originally from the Toronto area, and I actually met Sam a month or two before I moved to Hong Kong in 2009 through a mutual friend,  Justin (Vietnam 2011). With the exception of Sharon, who would be flying from Beijing, the rest of us flew out together from Hong Kong to Zurich, with a brief layover in Frankfurt. 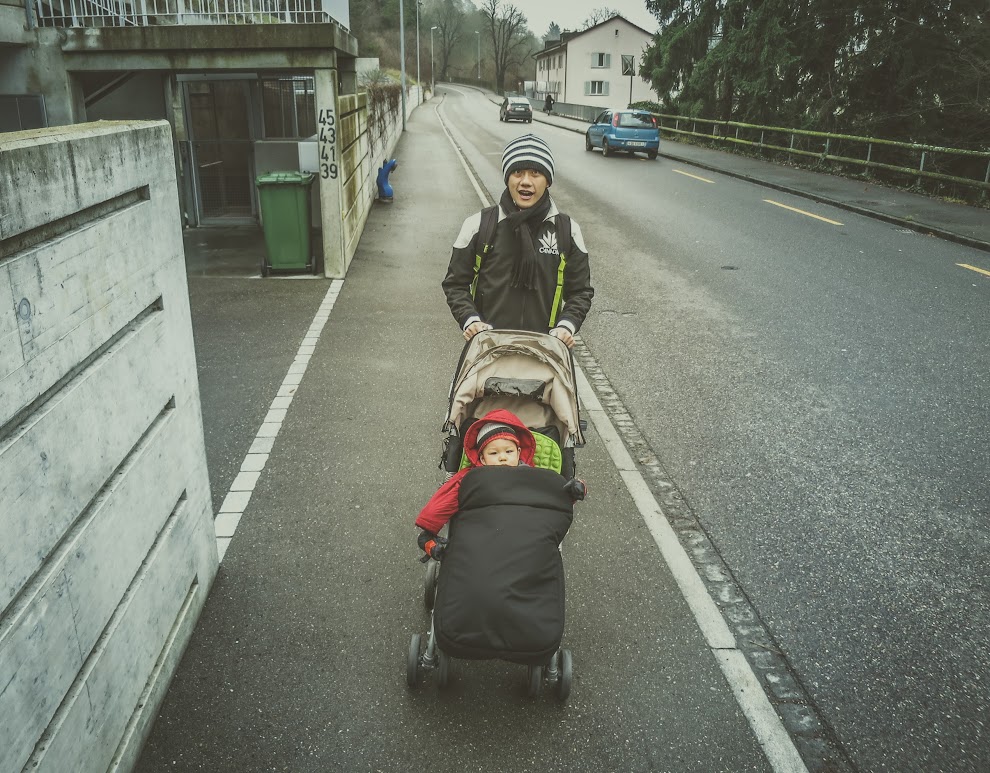 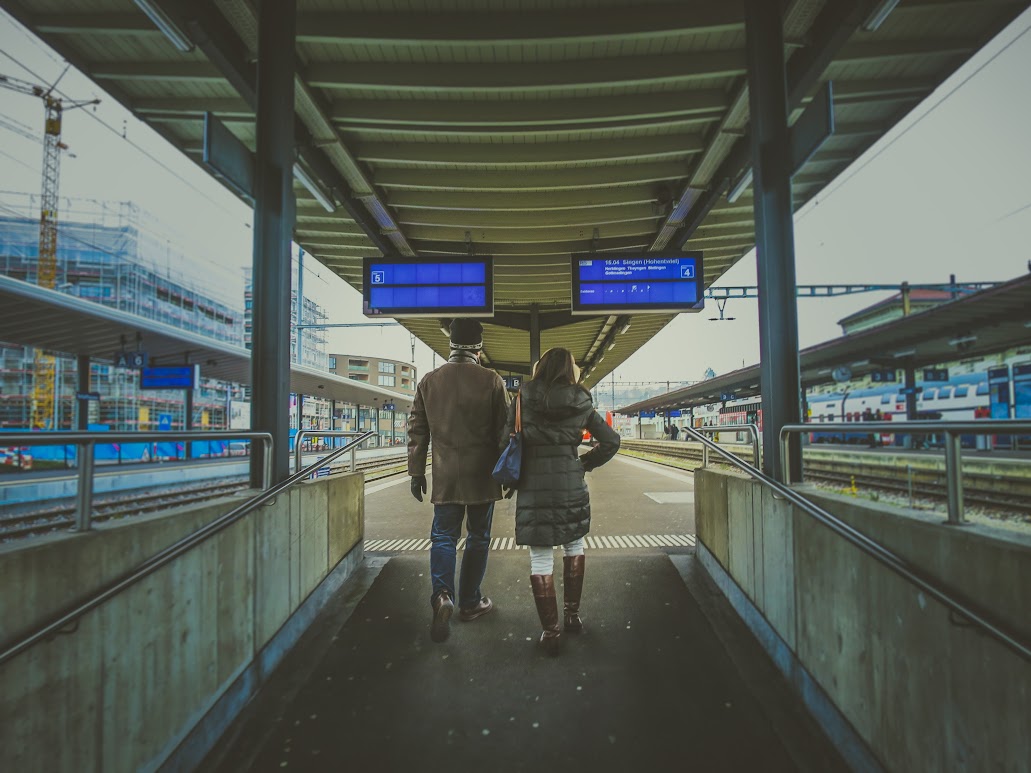 We arrived in Zurich early in the morning, where we were picked up by the twins’ parents. Their home was actually outside of Zurich, in a small town by the German border called Schaffhausen, and Alex and I piled into the van with Mr. Leung and all the luggage so that we could get a head start on the grunt work. Everyone else took the train into town, and they arrived at the house later in the morning. The rest of the morning and afternoon was spent settling in to our rooms and repacking our bags to get ready for a road trip we’d be taking the next day. Finally, in the late afternoon, after we had gathered in the main living room area, we decided to take a train across the border, to the German city of Konstanz, to experience that most European of holiday events – the Christmas market. 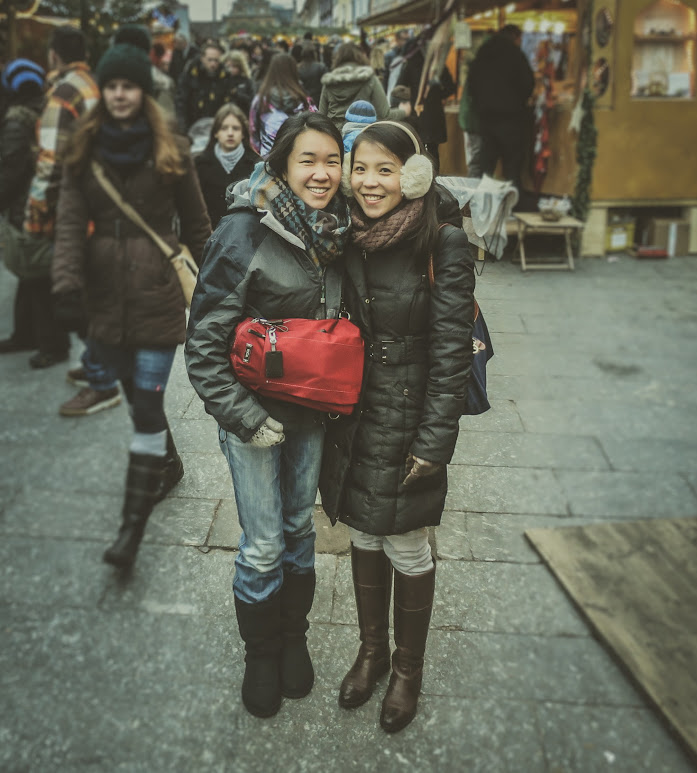 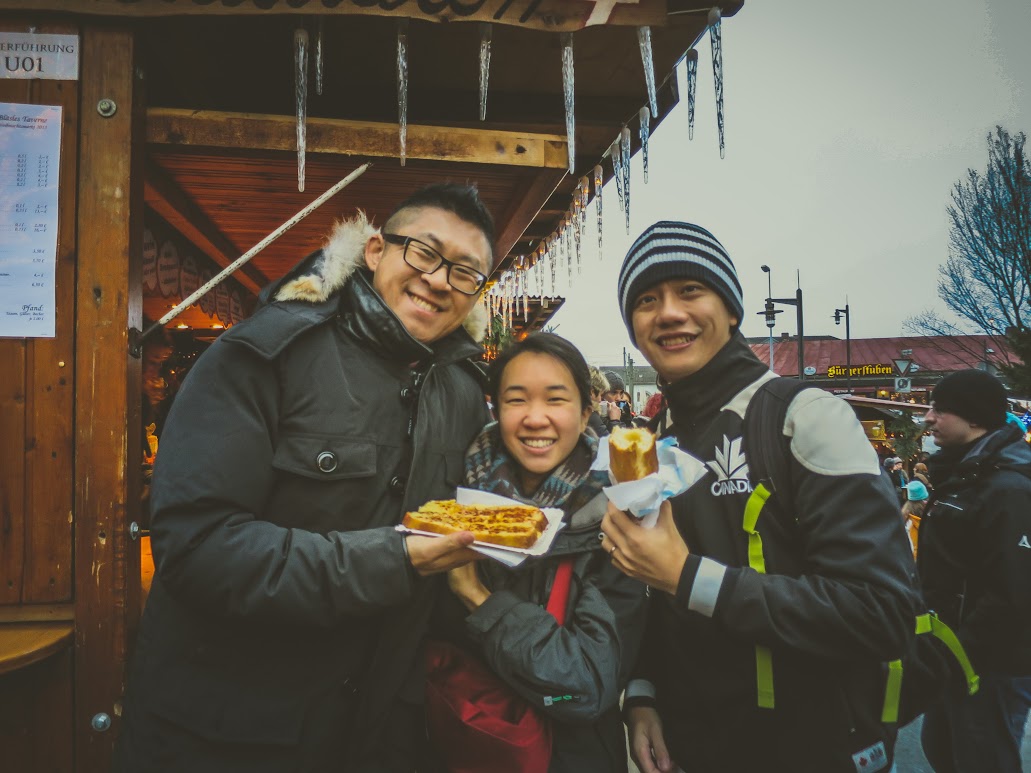 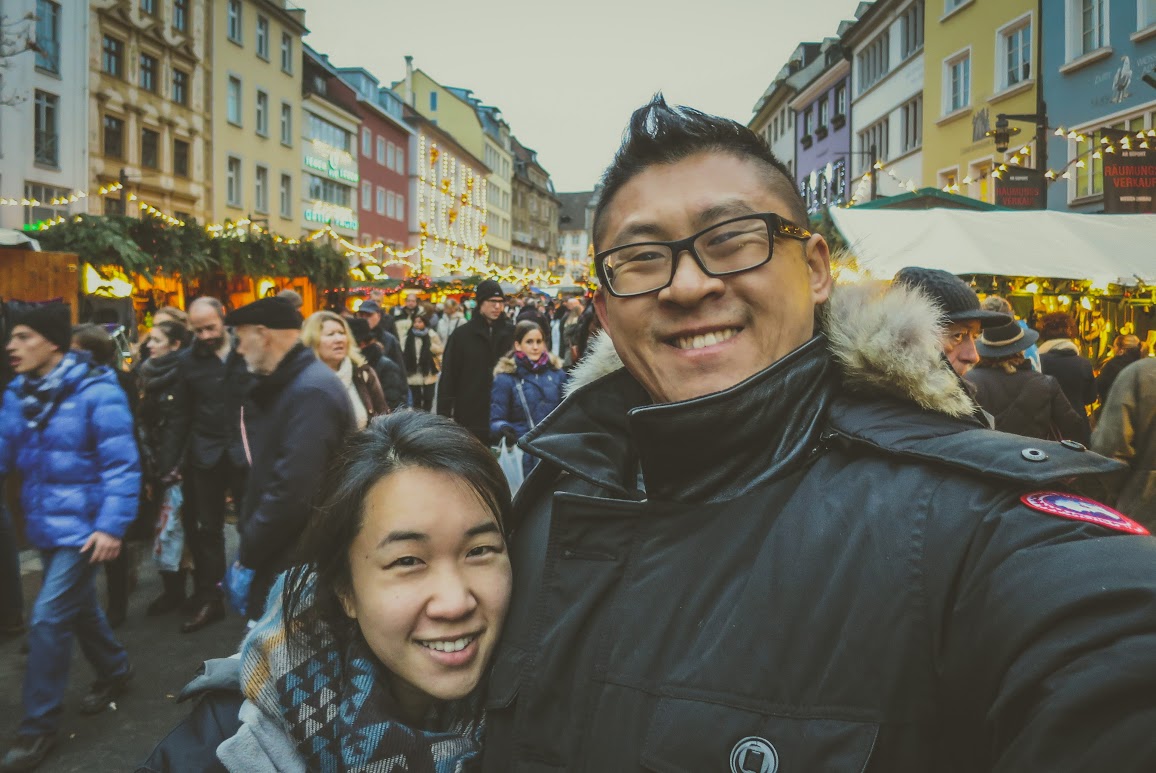 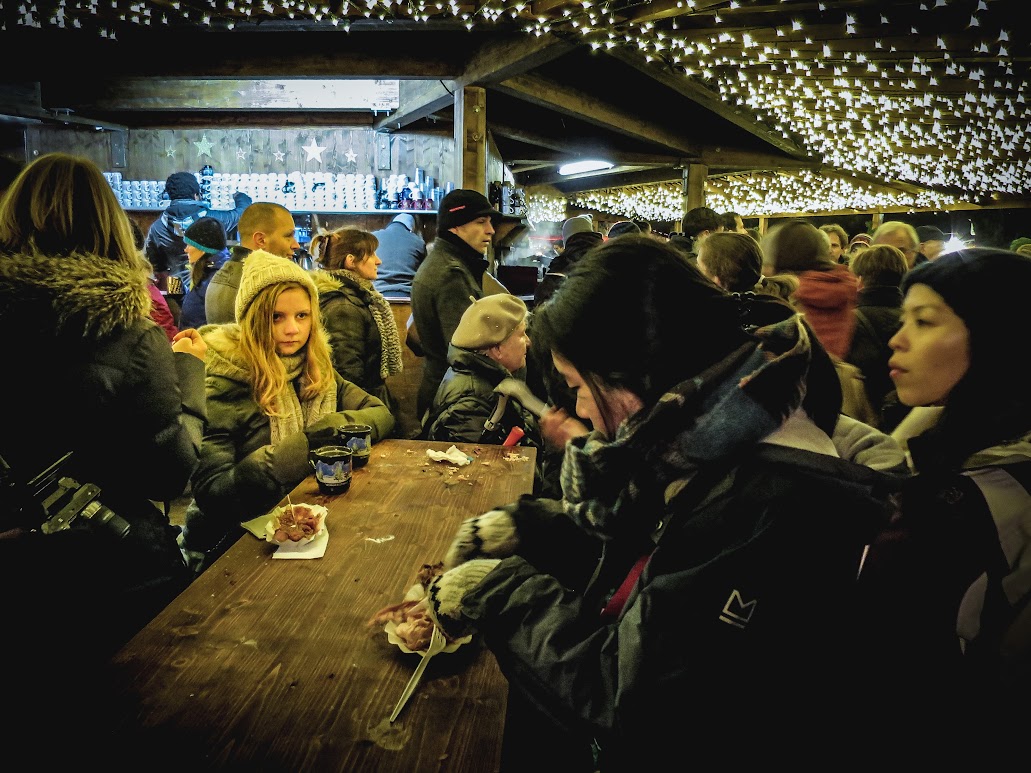 Christmas markets have their origin in the late Middle Ages, popping up in town squares and streets across the Holy Roman Empire and adjacent regions, including eastern France and Switzerland. Traditionally, the market opens on the first day of Advent, remaining open throughout the four weeks of the Advent season. In addition to the Nativity and other Christmas-related displays, the grounds are full of temporary stalls selling all manner of baked goods, sausages and other meats, hot soups, and glühwein, a German variation of mulled wine. The more popular Christmas markets are found in larger German cities such as Cologne, Nuremberg, Dortmund, and Frankfurt, with attendances reaching into the millions each year. As we walked through the festive town square in Konstanz, munching on raclette and sausages, sipping on little plastic cups of glühwein, we gleefully soaked in the old world Christmas atmosphere. I’ve got a feeling they don’t see too many Chinese people around those parts either, as a young German girl stared unashamedly at us when we sat down to eat a plate of roast pork. We didn’t stay too late, however, catching an evening train back to Schaffhausen to catch up on some much needed rest. There would be more time for Christmas markets later. Our next stop: snowboarding in the Alps. 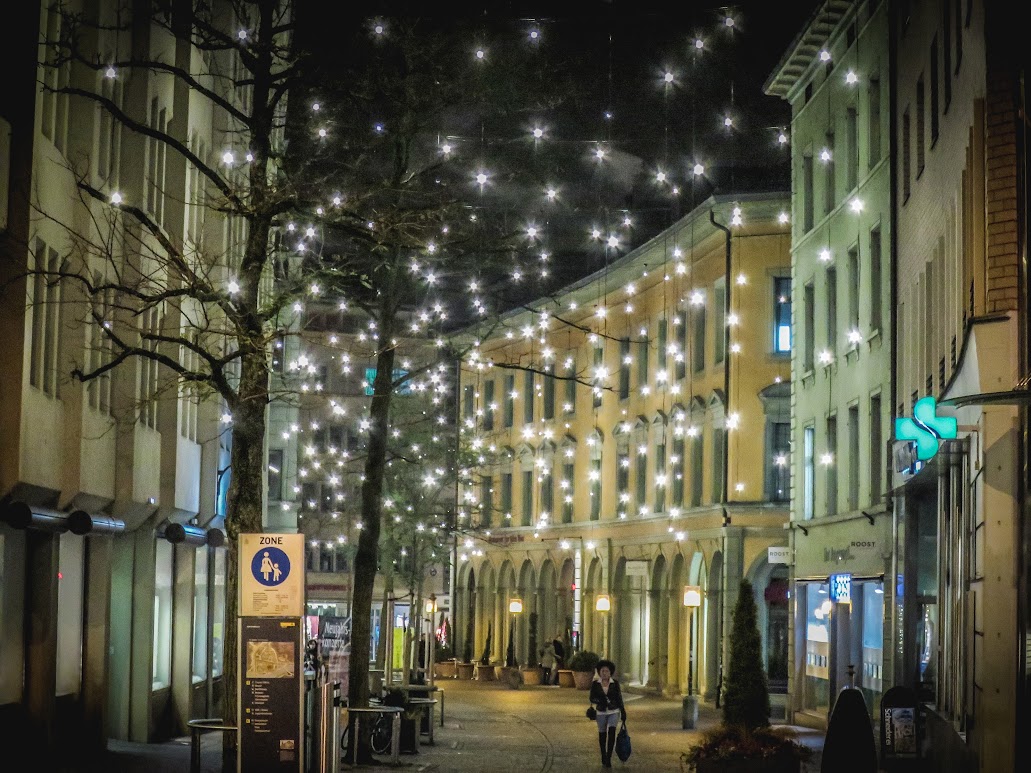