We arrived back at the house in Schaffhausen to a glorious hotpot dinner, and a reunion with our holiday companions. After catching up on the different places we saw in Italy, we sat down to indulge in meats and vegetables cooked in a pot of boiling broth. Usually consumed during the cold winter months in China, it was exactly the sort of gluttonous meal I had been craving. It is not unlike another Swiss meal though – the vaunted fondue. 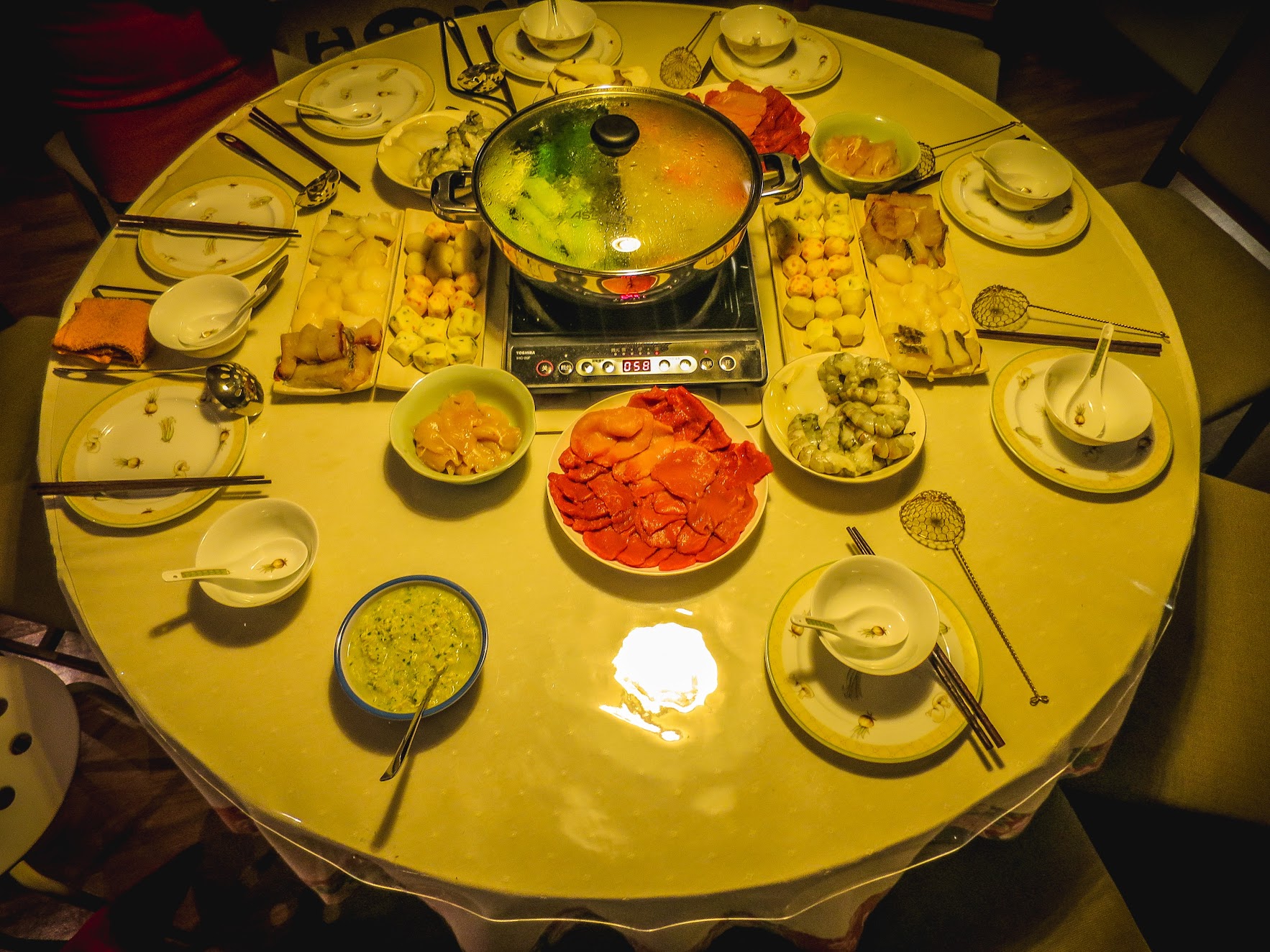 When I was young, I was a massive fan of the Asterix and Obelix books, and one of my favourites was Asterix in Switzerland. The scenes of bread dipped in melted cheese had a terrible grip on me, and, thus far, I had been unable to exorcise my fondue demons. I made known my desire to have authentic fondue while in Switzerland, and Mr. and Mrs. Leung suggested making the short drive out to the town of Stein am Rhein to try the local bread and cheese the next day. 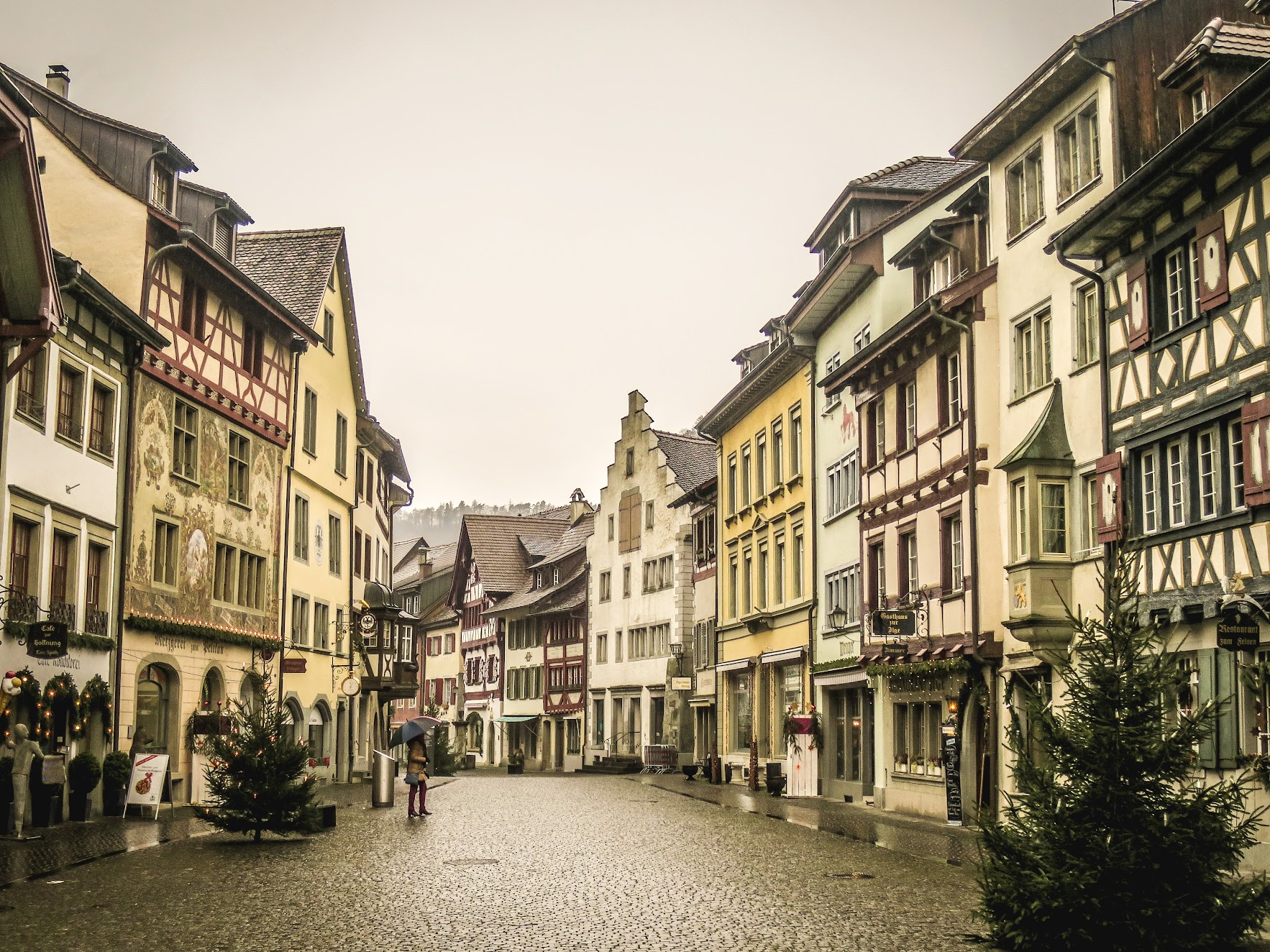 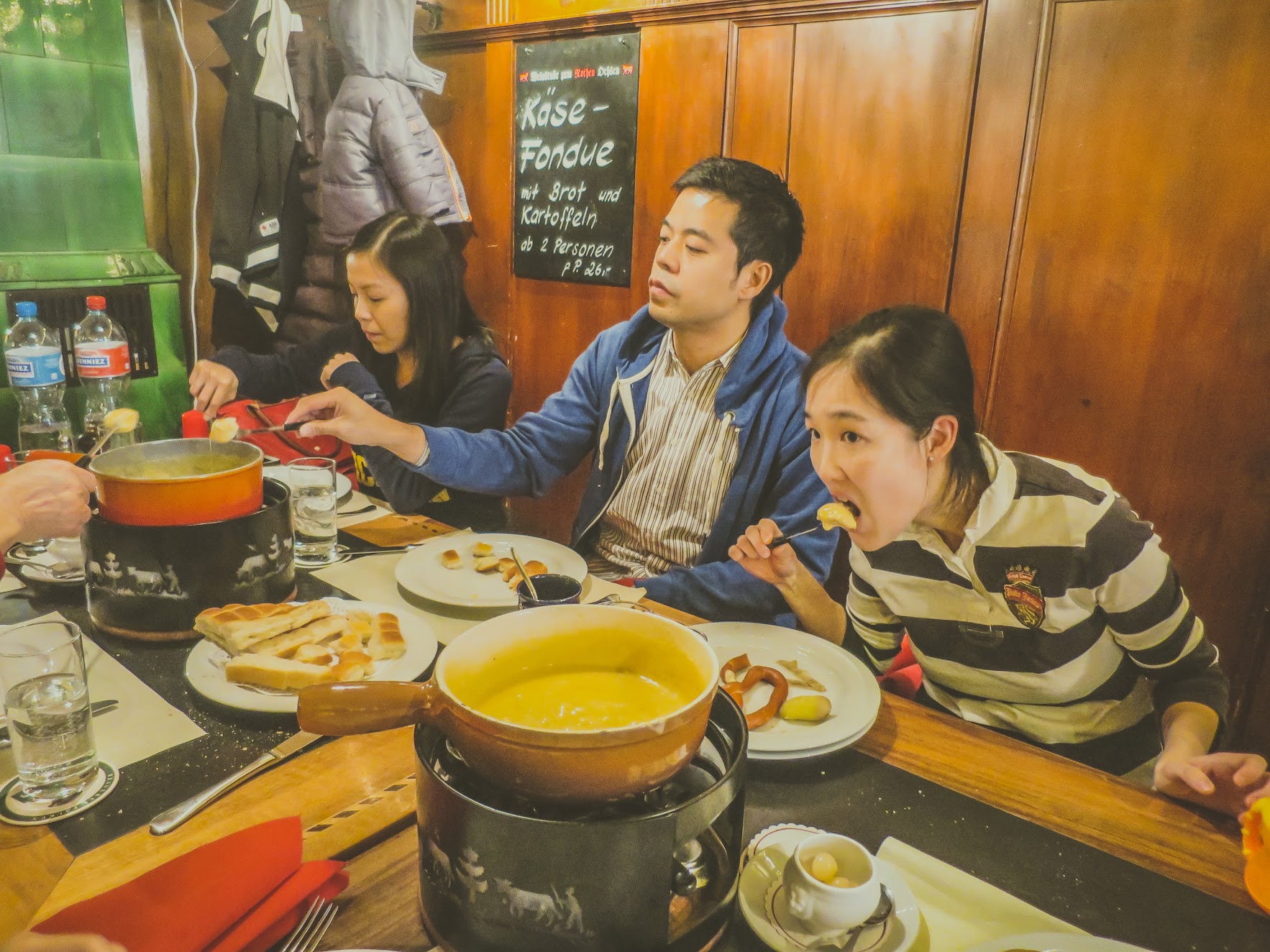 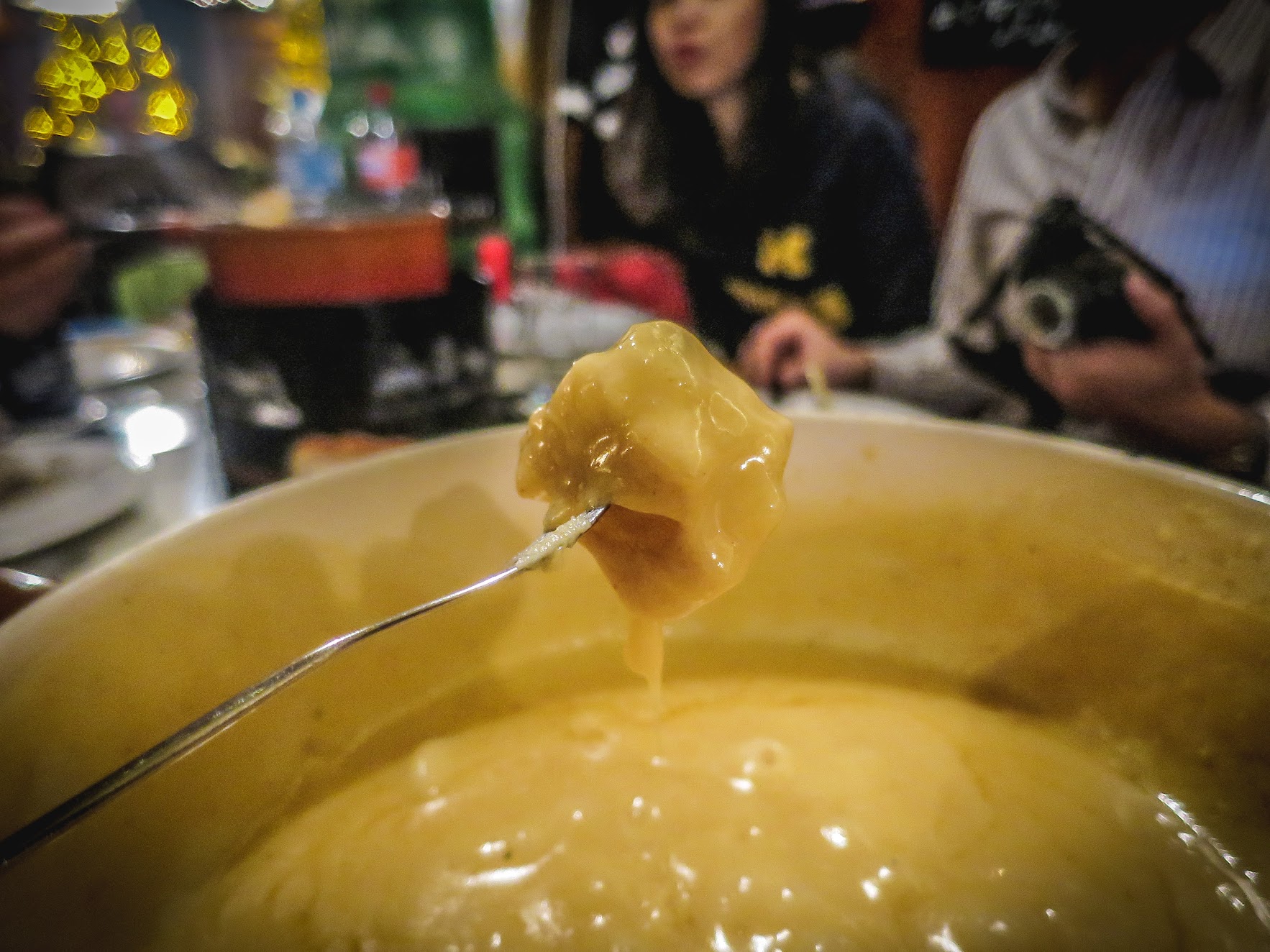 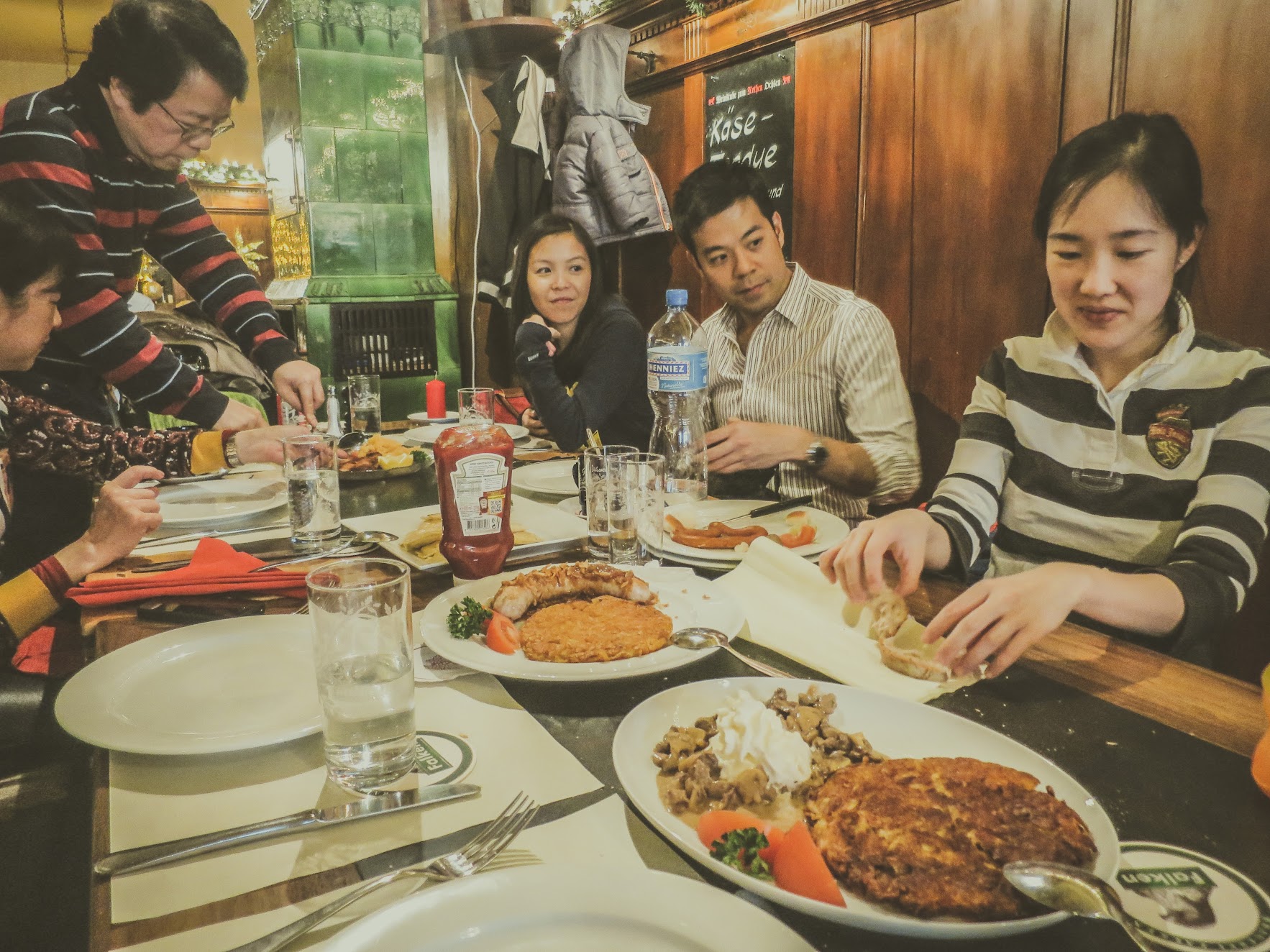 Stein am Rhein is a town on the Rhine River with a beautifully preserved medieval centre. Its strategic location at the confluence of numerous highway and river routes elevated its wealth and status within the Holy Roman Empire, earning it a certain amount of autonomy. The restaurant where we eventually had lunch was in a building over 600 years old – an incredible number for a North American kid. I’m going to assume that they’ve had at least that long to perfect their fondue recipe because it was completely excellent. There is something that can sound slightly mundane about cheese and bread, but when you’ve got a cube of fluffy baked dough smothered in a delicious concoction of savoury melted cheeses, all propriety goes out the window. 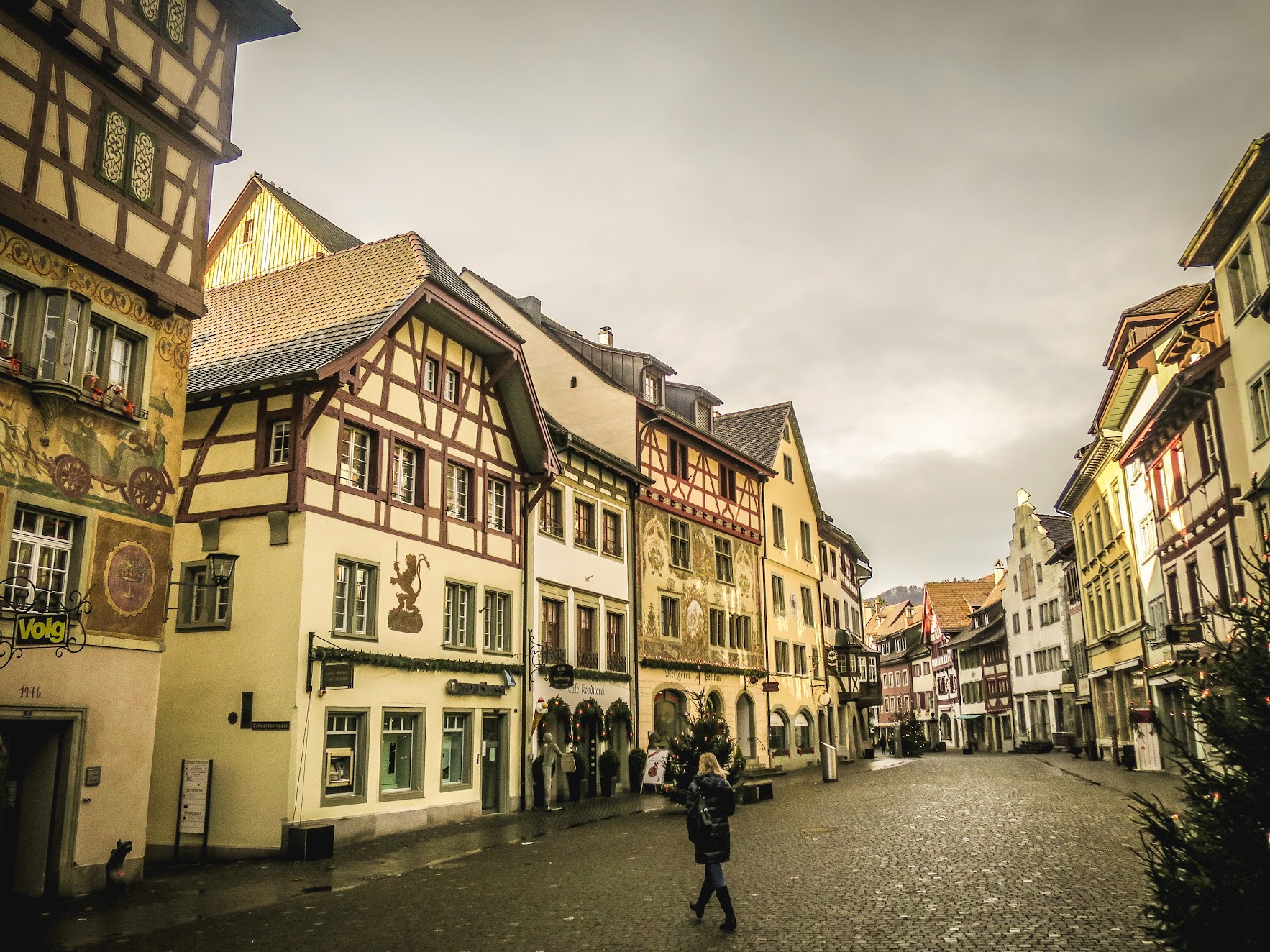 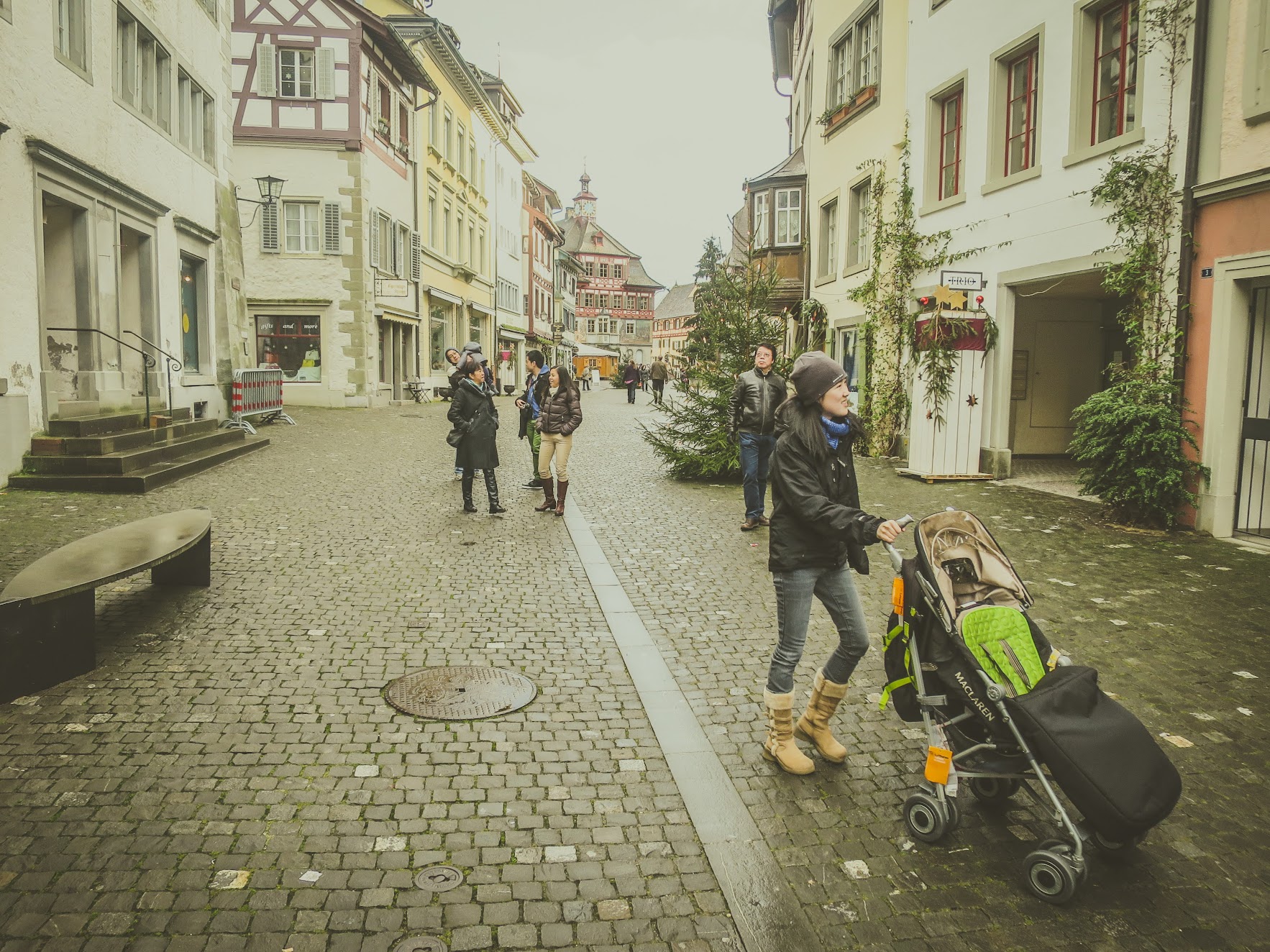 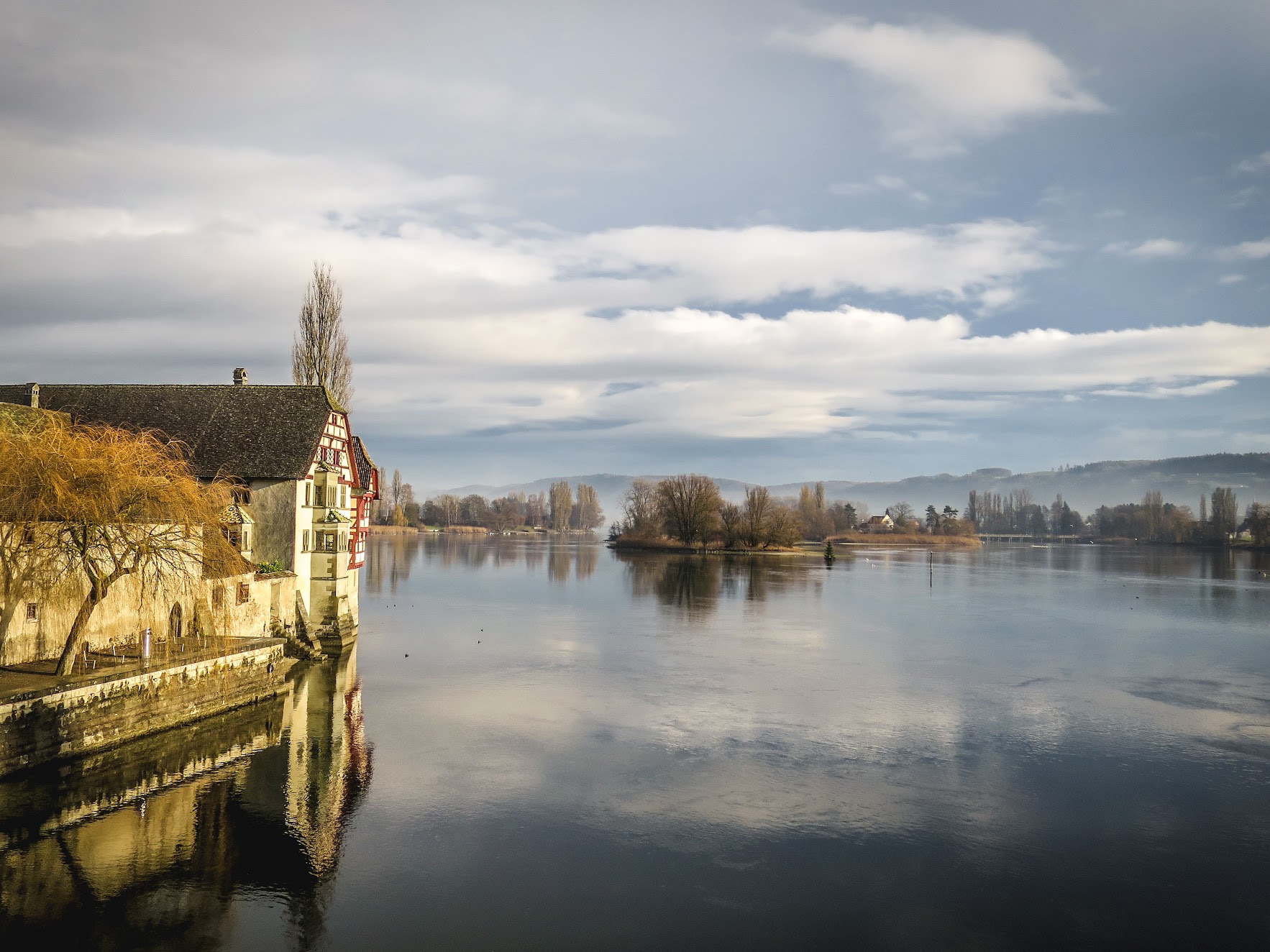 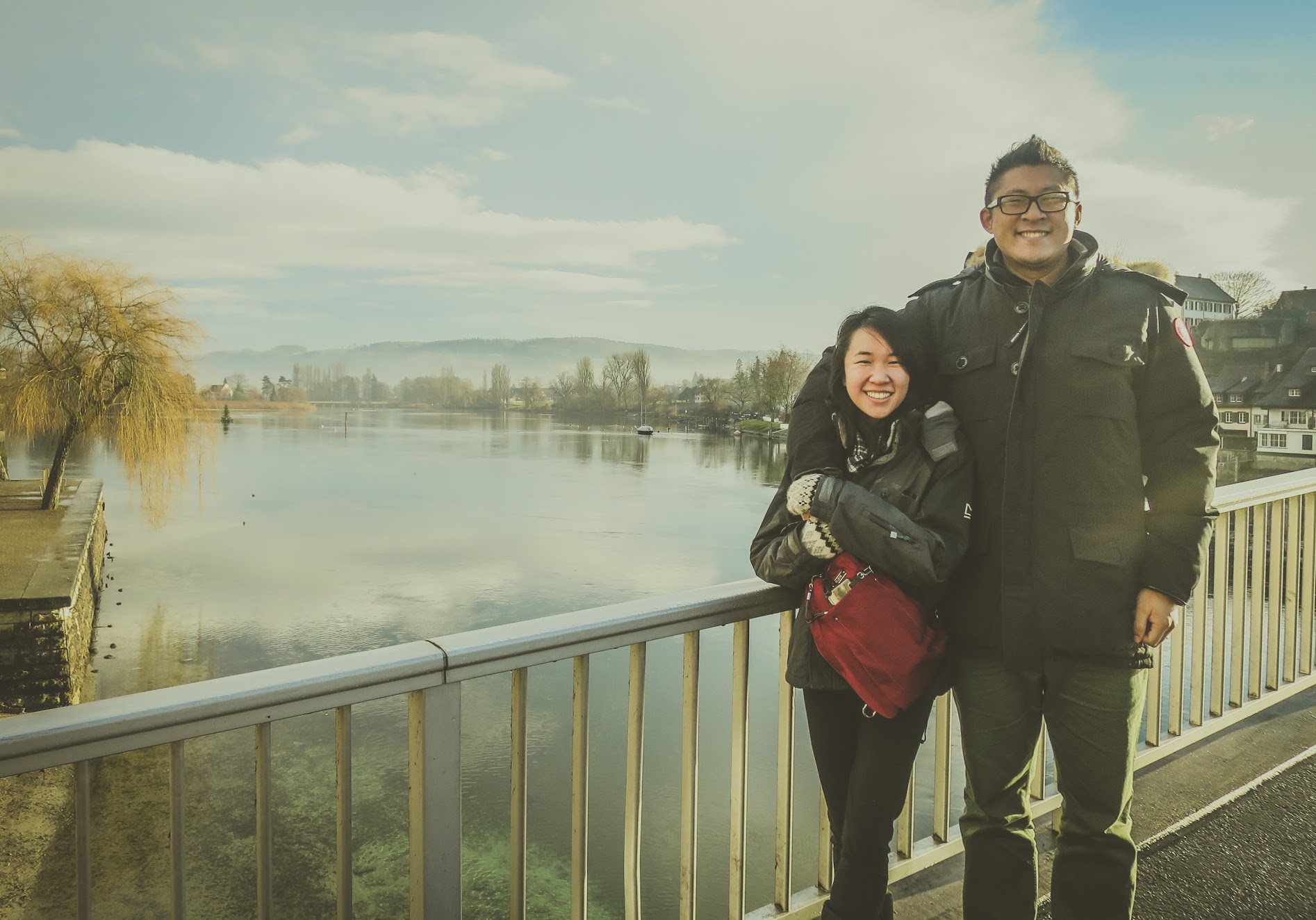 After lunch, we walked off our massive lunch around town, taking in the beautiful views of the serene Rhine, flowing mightily north into the Black Forest. Together with the Danube in south-central Europe, the Rhine River formed the de facto border of the Roman Empire, the membrane through which trade, contact, and people passed in and out of classical civilization, as well as the major artery that connected the frontiers with the interior provinces. When I was in middle school, my family went on a tour of Europe which included a cruise down the Rhine River. The amount of castles and fortress ruins that dotted both sides of the water testified to its continued importance in the heyday of the Holy Roman Empire and later continental geopolitics. Once, the river had been the lifeblood of towns like Stein am Rhein, living monuments to the influence of the Rhine on European history. 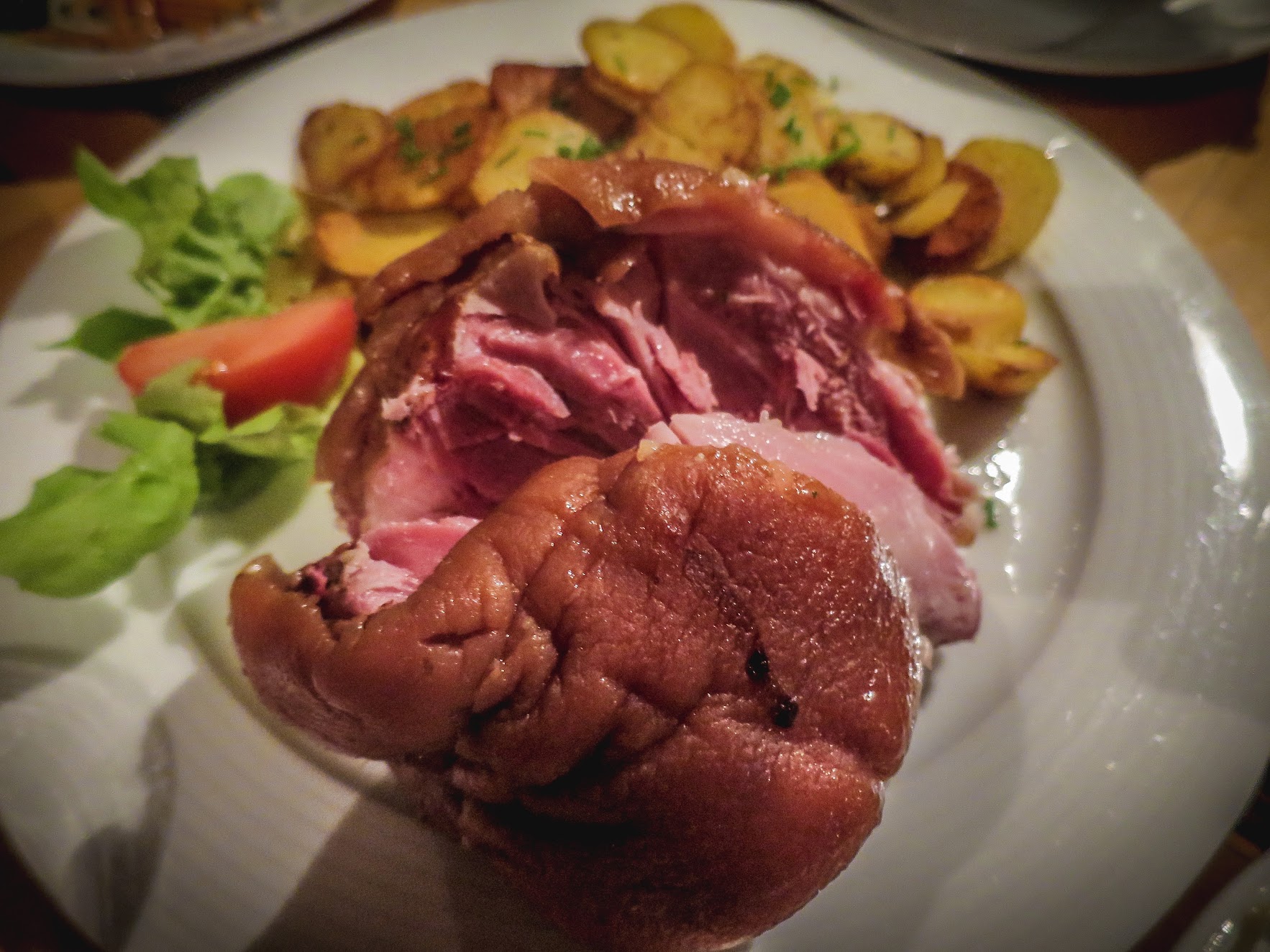 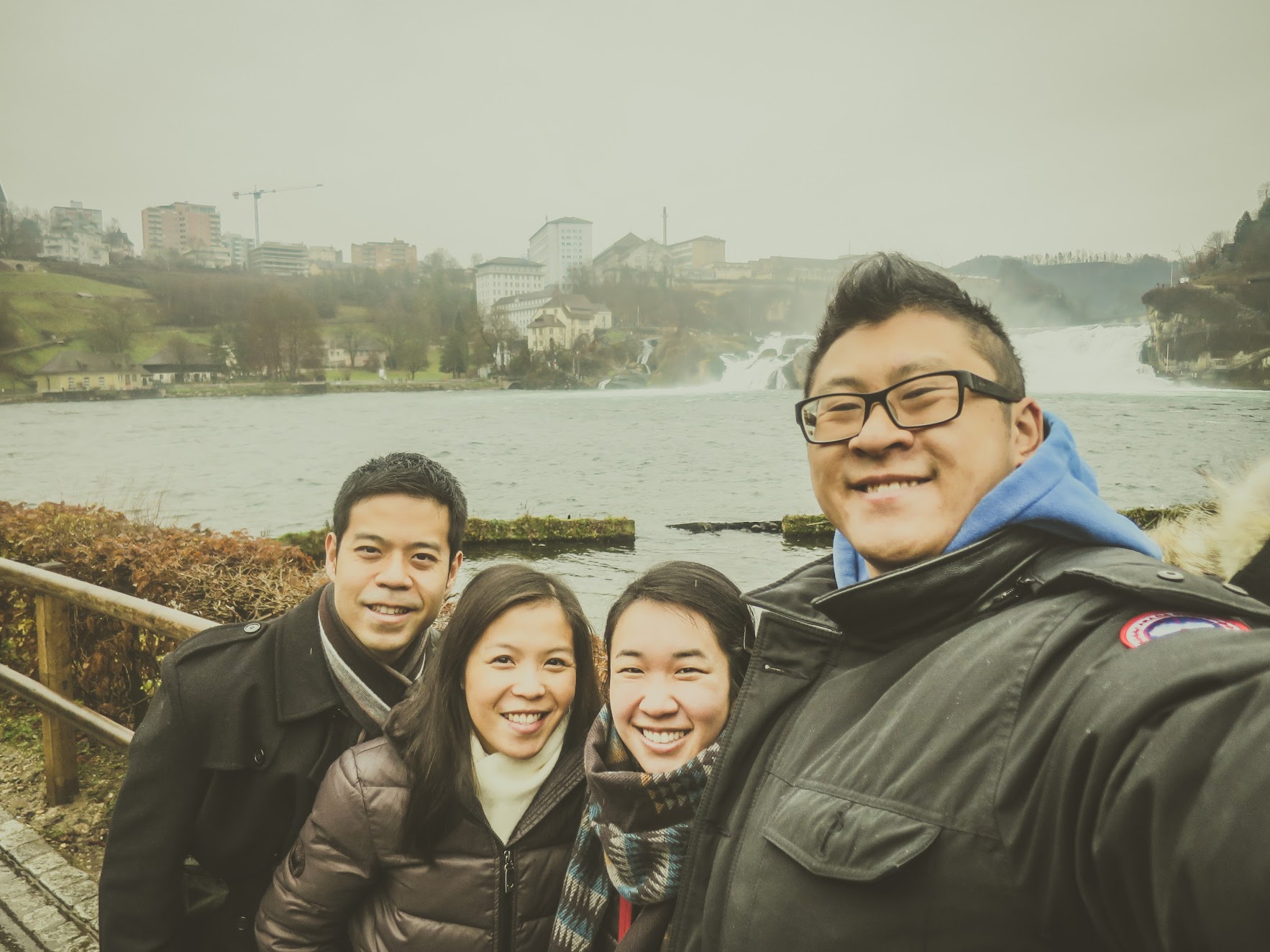 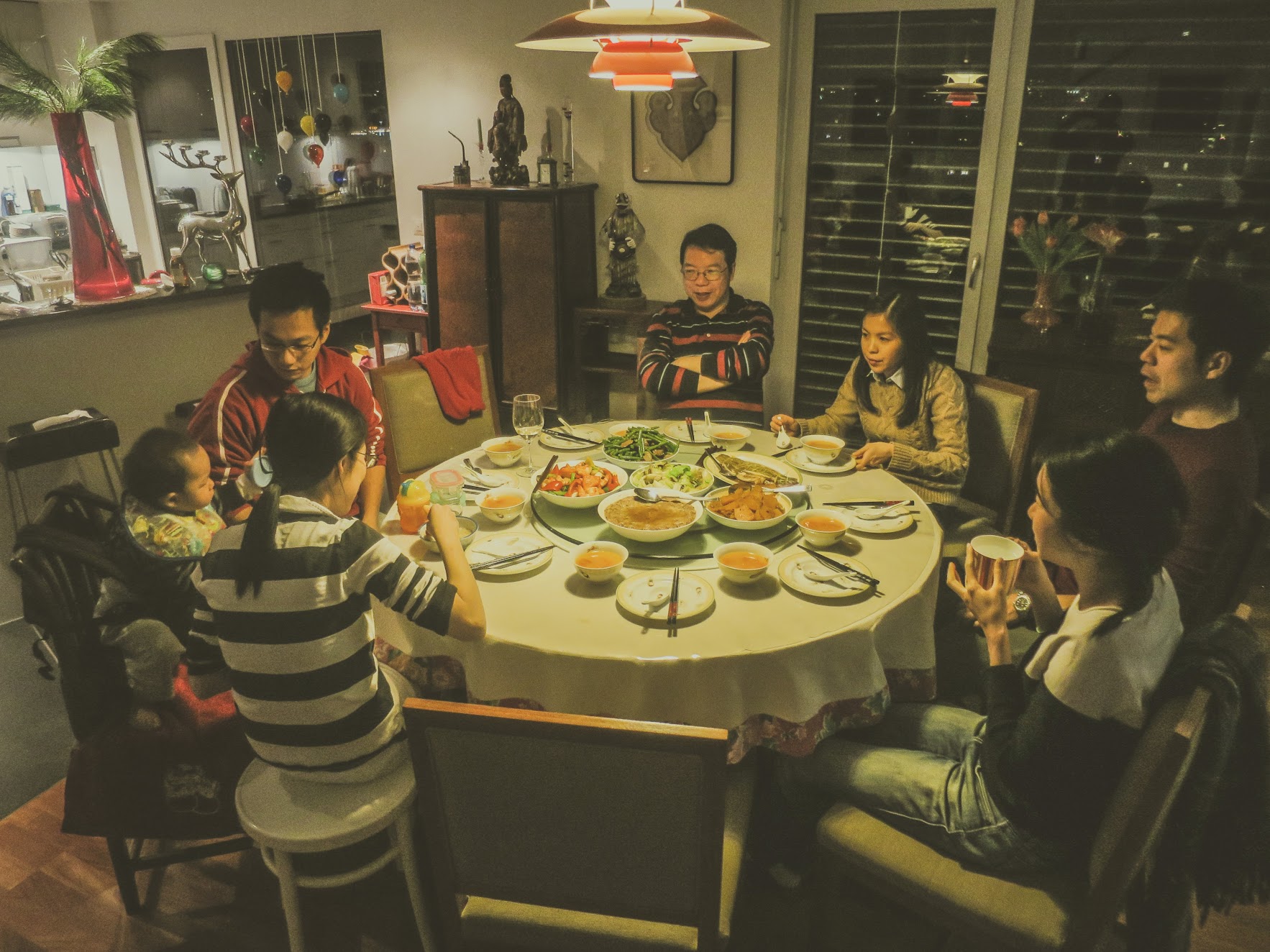 There were other short trips over the next couple days into Konstanz and Zurich, though the holiday was largely at an end. We sat down for dinner on our last night in town, giving thanks for the last few weeks and our journey through Switzerland, Germany, Austria, France, and Italy. As mentioned in an earlier post, Sam, Fiona, and Lucas would move to Beijing in just a few months, and, by the time they settled in, they would be a family of four. They’ve made a couple of family trips back to Hong Kong since, and Ashley and I were able to spend an afternoon with them in the summer of 2015, when we were all back in our hometown of Toronto visiting family and friends. Mr. and Mrs. Leung would stay in Switzerland for another year or so, before moving back to Shanghai for another year, and, just recently, confirming their move back to Hong Kong. As for Ashley and I, we were very ready to get back to our Hong Kong lives after nearly a month away from our jobs and families. The next few months would be spent settling into our new apartment and, unexpectedly, starting new jobs. Travel would come soon enough though, and we’d be joined by Alex, Vikki, and a host of familiar faces. 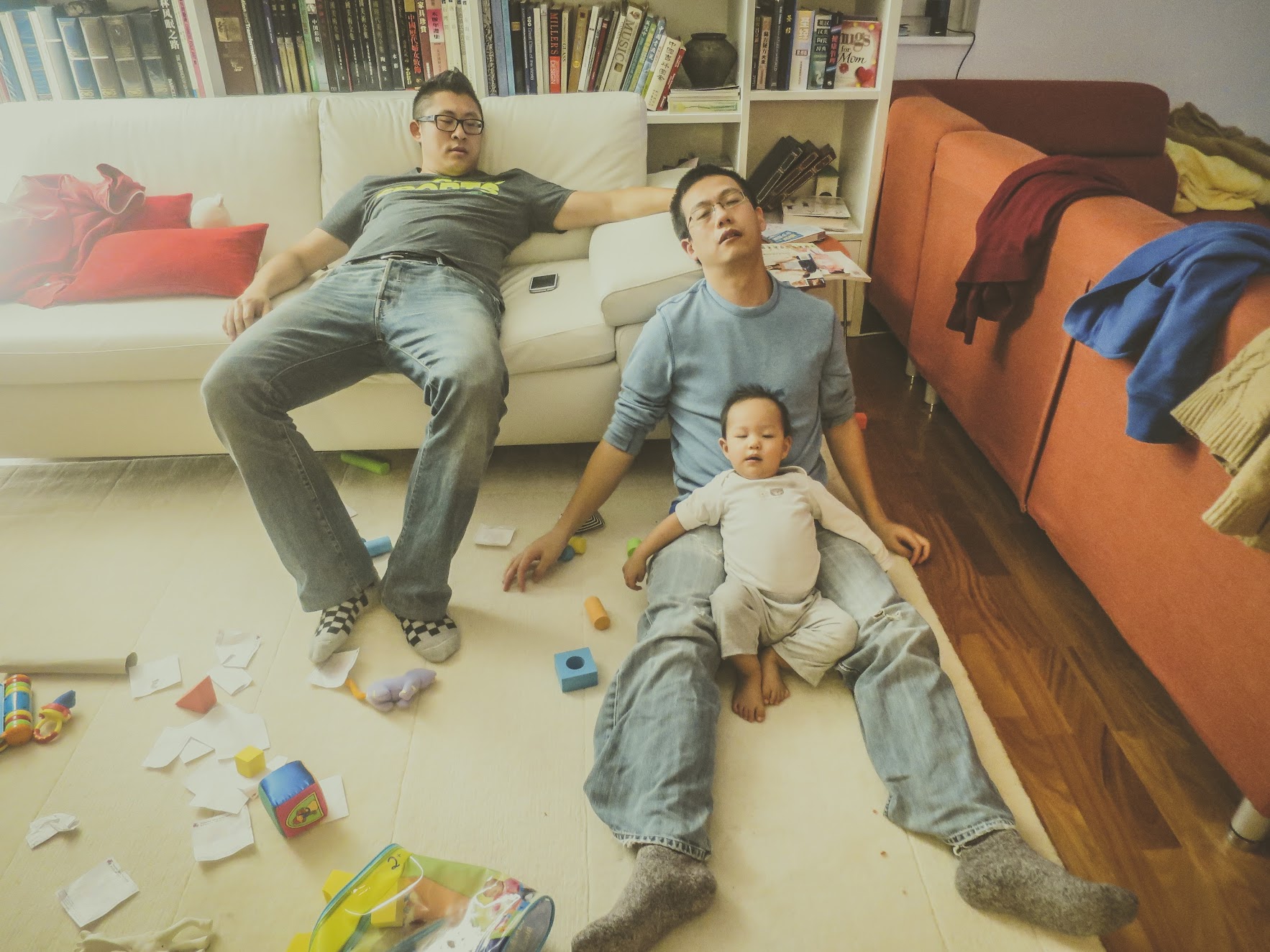