As the brief Hong Kong winter months passed and the wet and humid spring approached, Ashley’s family was all in a flurry as Joanne, the younger sister, would be getting married over the Easter long weekend. Joanne and Joe, her fiancé, had met while they were both studying in California, but after graduation they moved back to their respective hometowns – Hong Kong and Beijing. Several years of long distance dating followed, until Joe happily proposed to Joanne in Hong Kong in 2014. Instead of holding the wedding in either of their cities though, they picked Xiamen, a coastal city in Fujian province, as a compromise. So on the morning of April 3, the whole family flew up to China for the weekend of matrimony. We were joined by a few friends, including Alex (Kuching, Kenting, Niseko) and Vikki (Switzerland, Austria, Kuching, Taiwan), as Vikki had attended the same international high school as Joe in Beijing, and Derek (Kuching, Kenting, Niseko), who had befriended Joanne while they were both working in the same office building in Hong Kong. 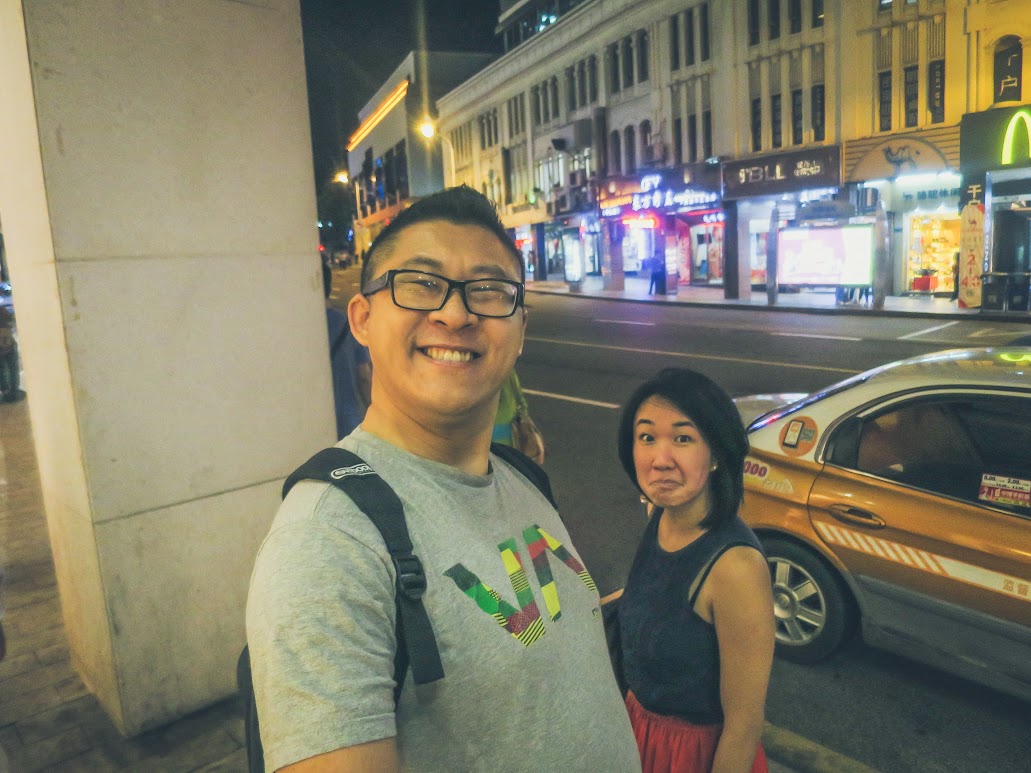 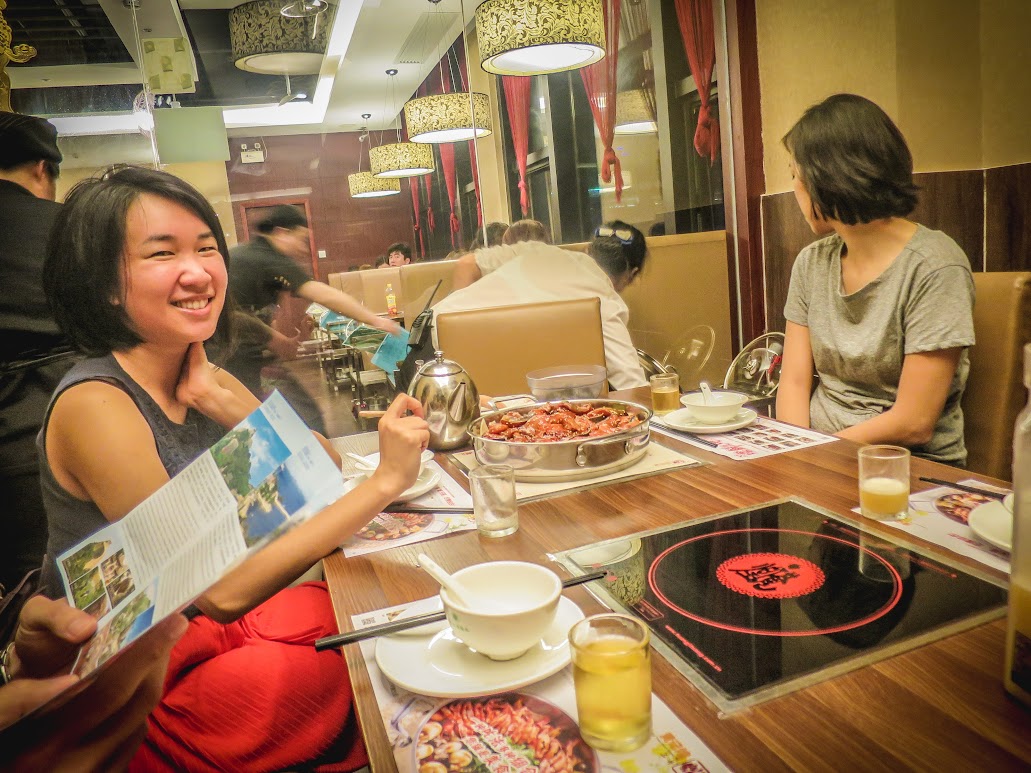 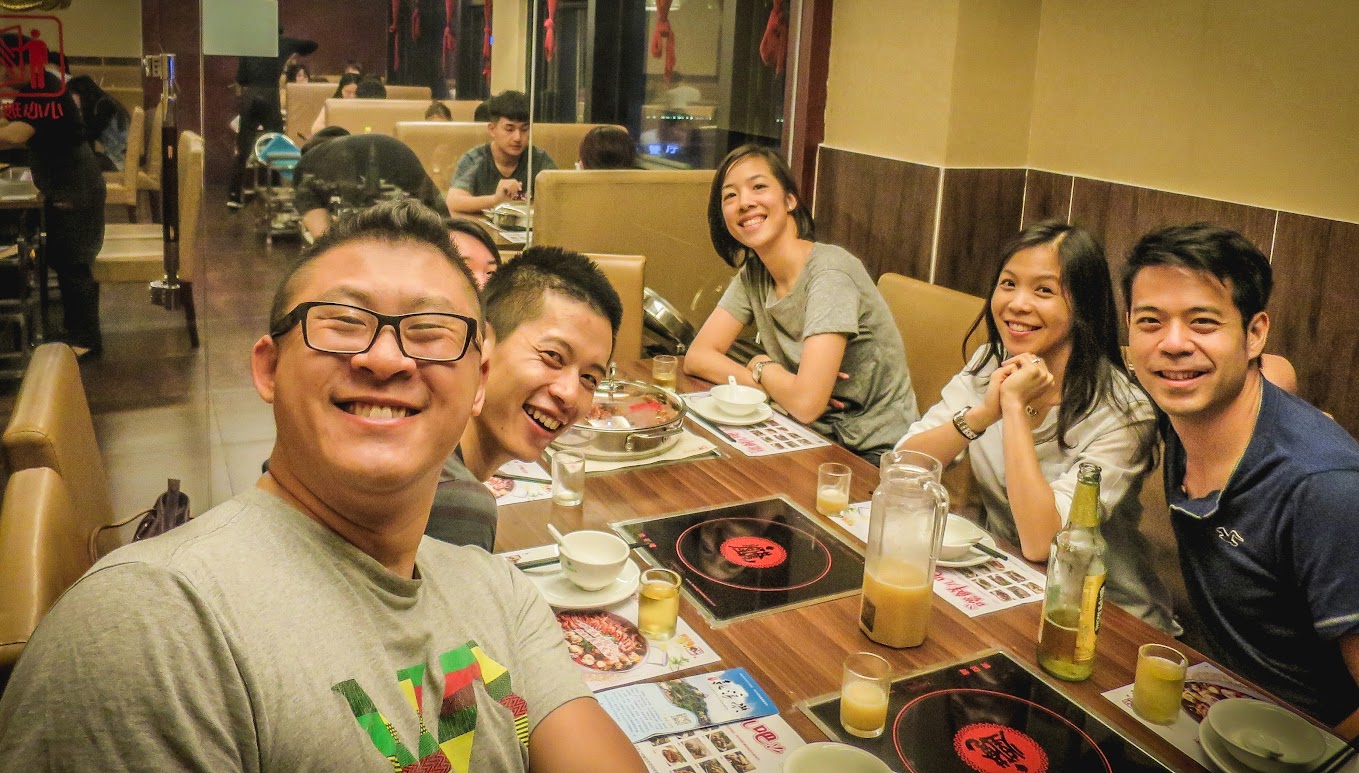 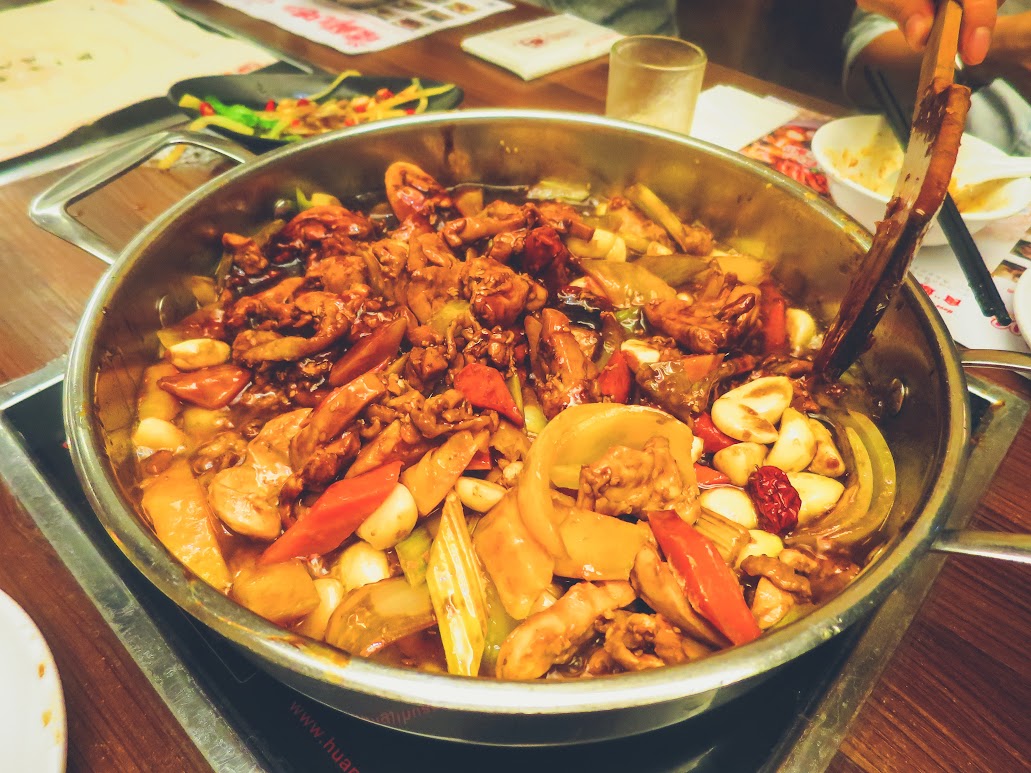 The wedding ceremony would take place on one of the garden terraces at the Le Meridien Xiamen hotel the next day, so we had that night and the next morning to get a feel for the city. We got to know another couple on the way over, Chunman and Phoebe, both friends of Joe (Chunman through school, Phoebe through work), and we made dinner plans with them and our other friends for that evening. As we feasted on big metal pots full of simmering vegetables and saucy meats, we talked about exploring the city together the next morning before the ceremony. None of us had ever considered visiting Xiamen before the wedding, and our knowledge of its history and environs was woefully lacking. With bellies full and plans in motion, we dragged ourselves away from the table and into the warm, tropical, evening. 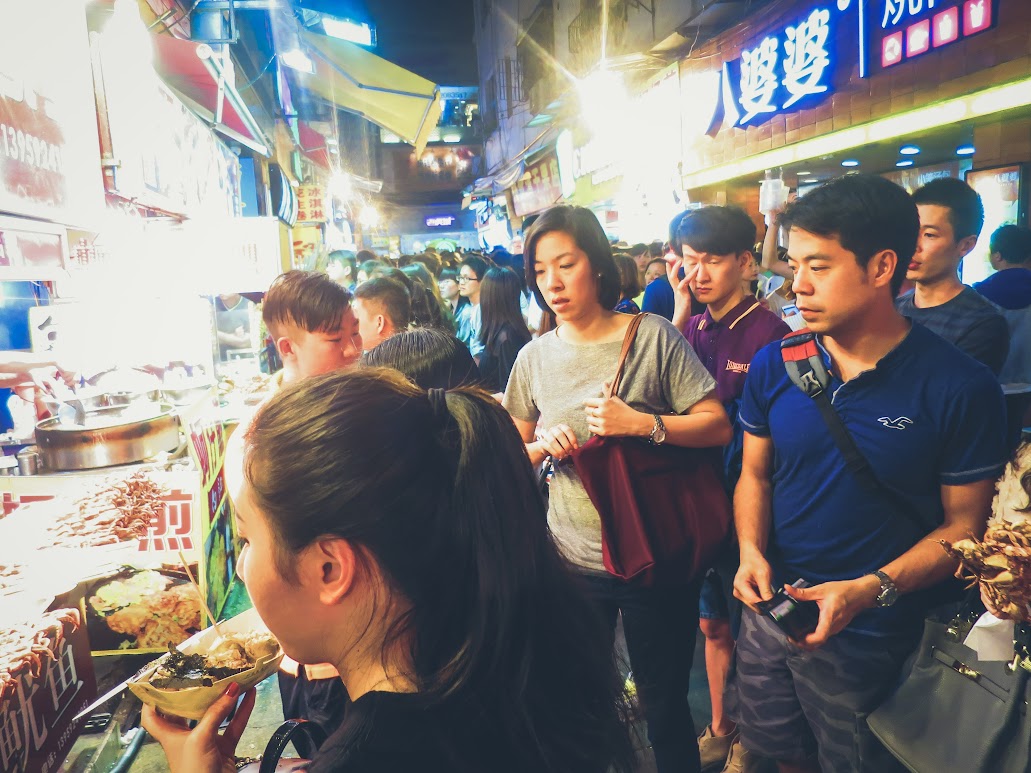 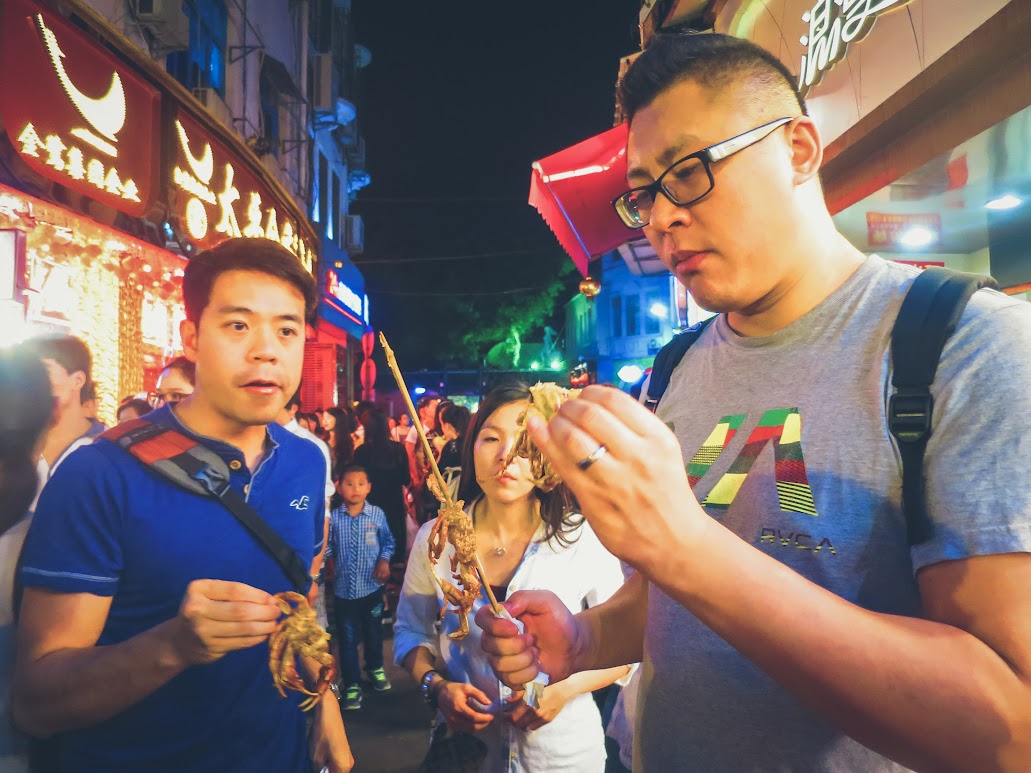 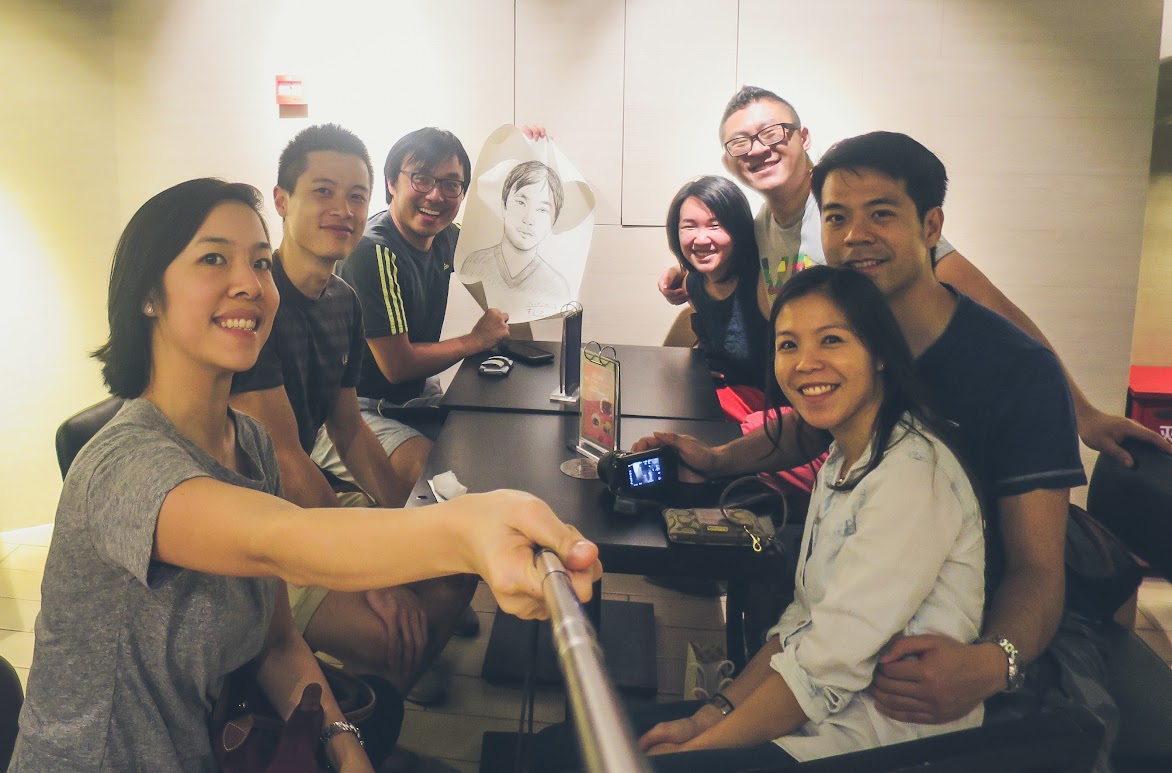 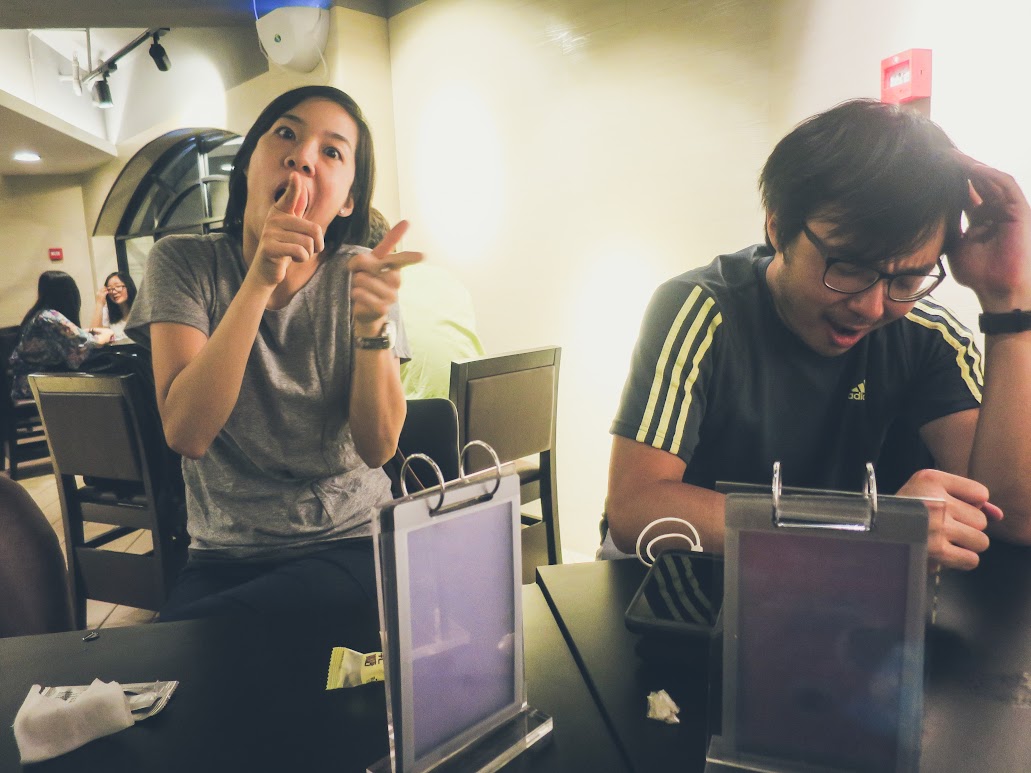 After dinner, we walked through a nearby night market, seemingly patterned after the famous markets in Taiwan. Many of the stalls, in fact, were branded as Taiwan-style vendors, selling Taiwanese drinks and Taiwanese snacks. There is some affinity between the coastal cities of Fujian and Taiwan, and there are shared linguistic and cultural artifacts between the two regions. Xiamen was once known as Amoy, the Hokkien pronunciation of the Chinese characters, and in its former life it enjoyed no small amount of prosperity as a wealthy port town to European traders from the 16th to the 19th centuries. In World War II, it was occupied by the Japanese, and after the Chinese Civil War it was at the forefront of regional Cold War tensions due to its proximity to KMT-governed Taiwan. In recent decades, it has prospered once again as one of China’s first Special Economic Zones, and it is considered one of the most livable cities in the country. We were all too full to have much of anything at the market that night, and we ducked into a tea house to while away the evening hours. 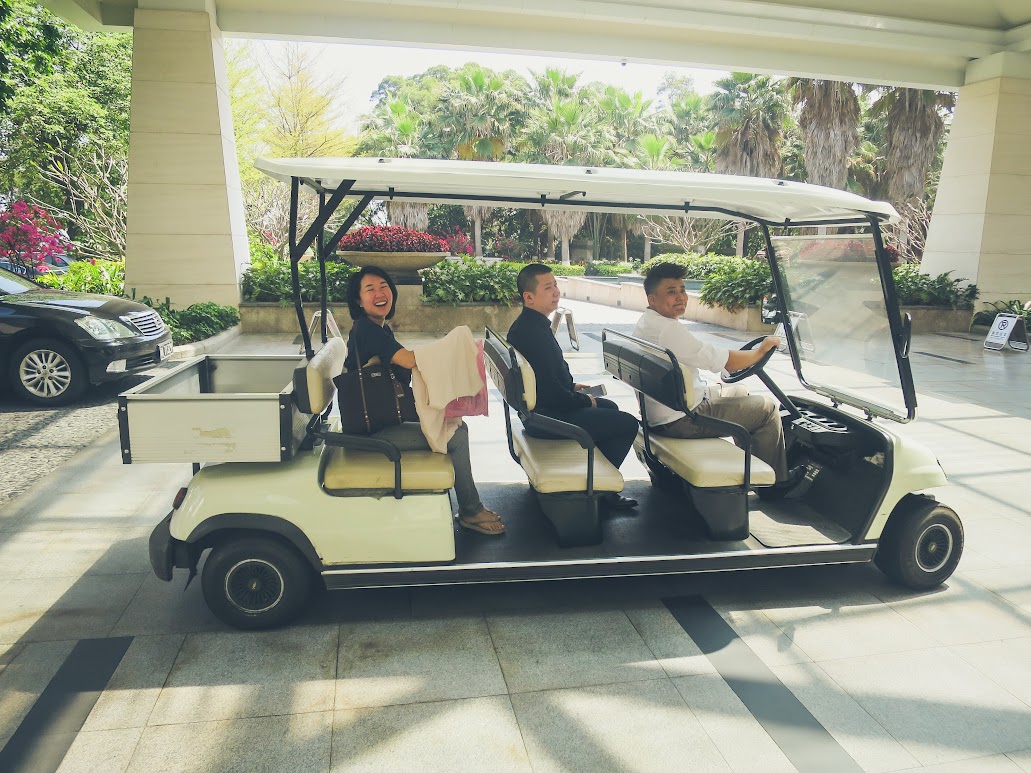 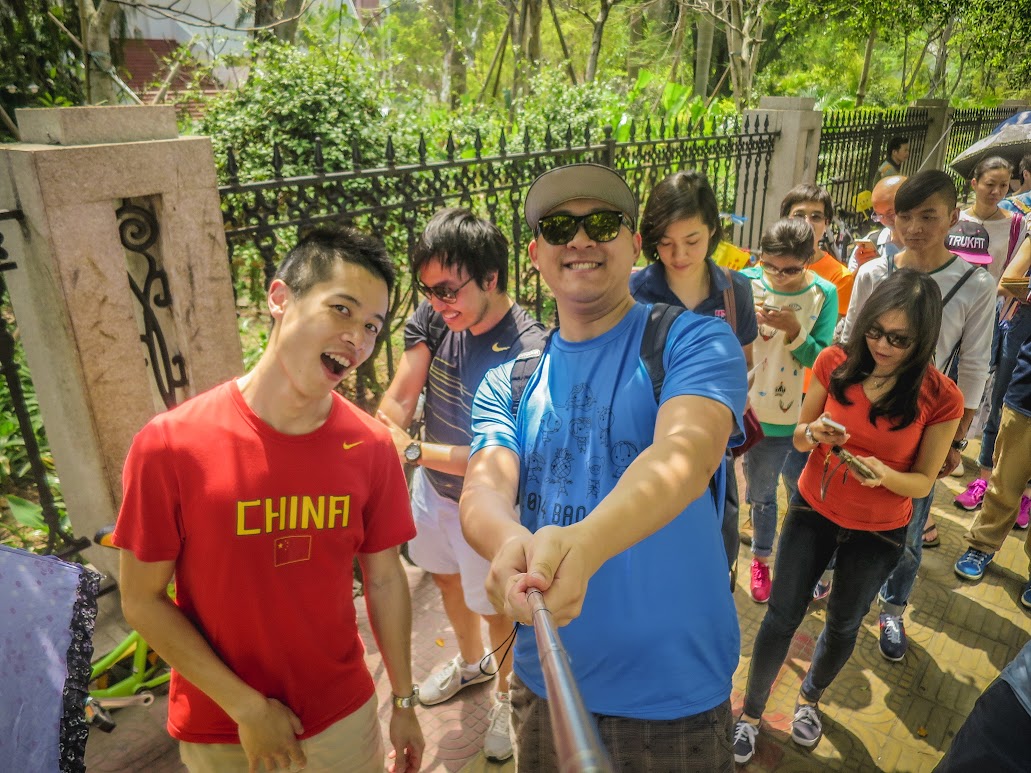 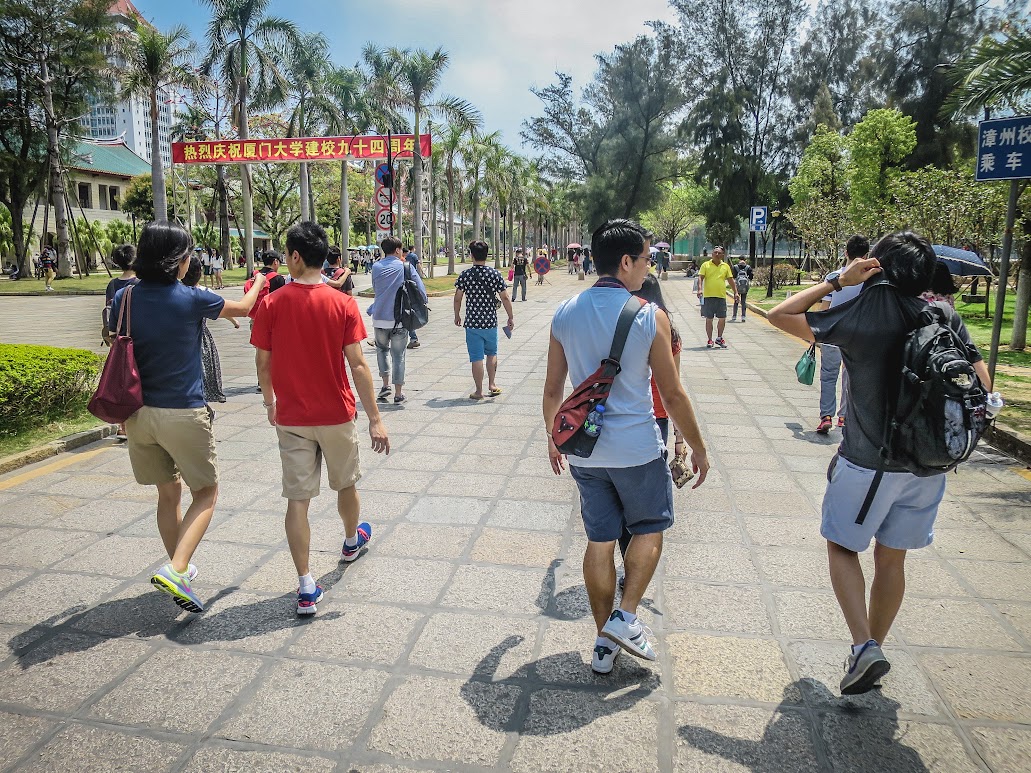 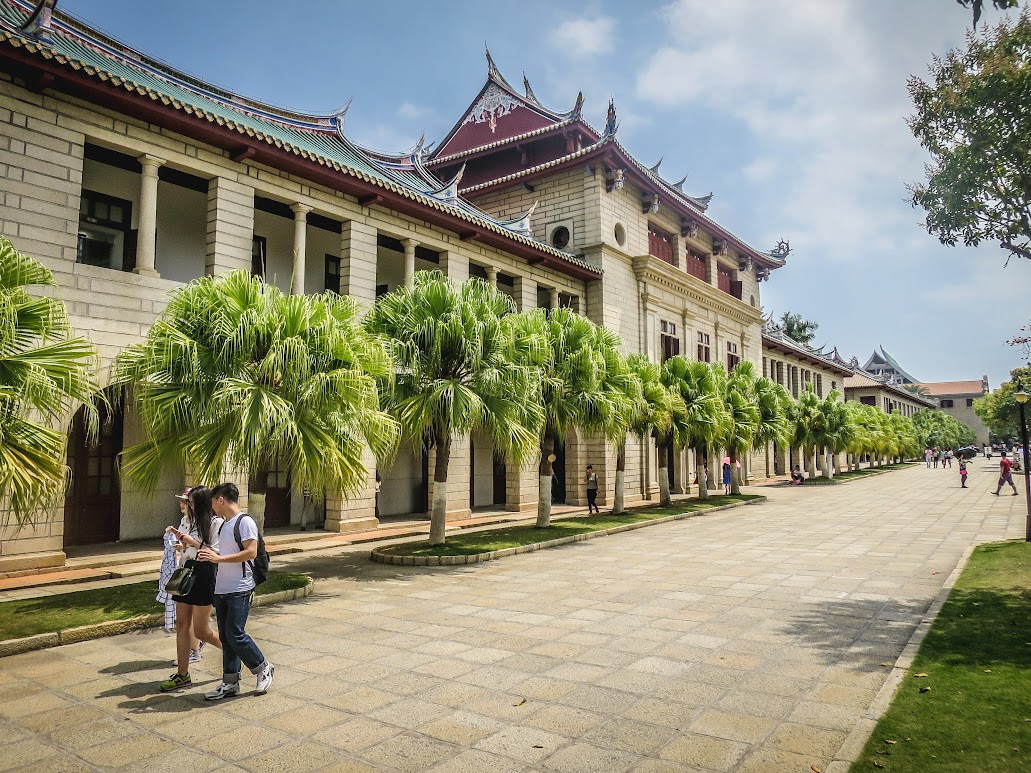 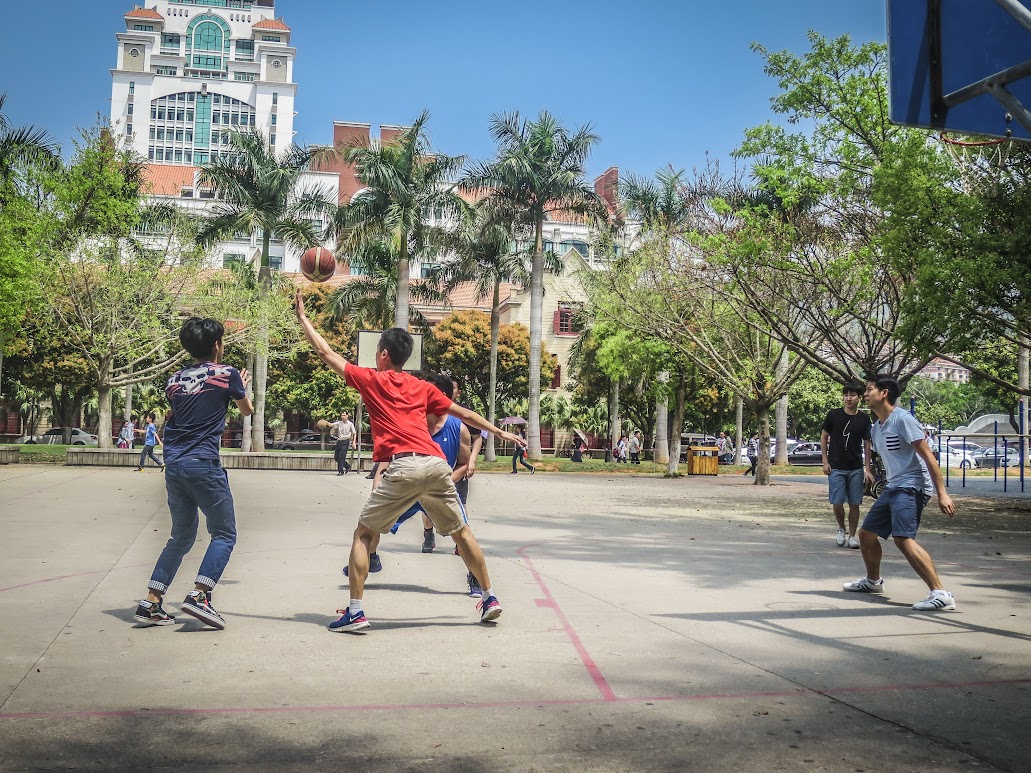 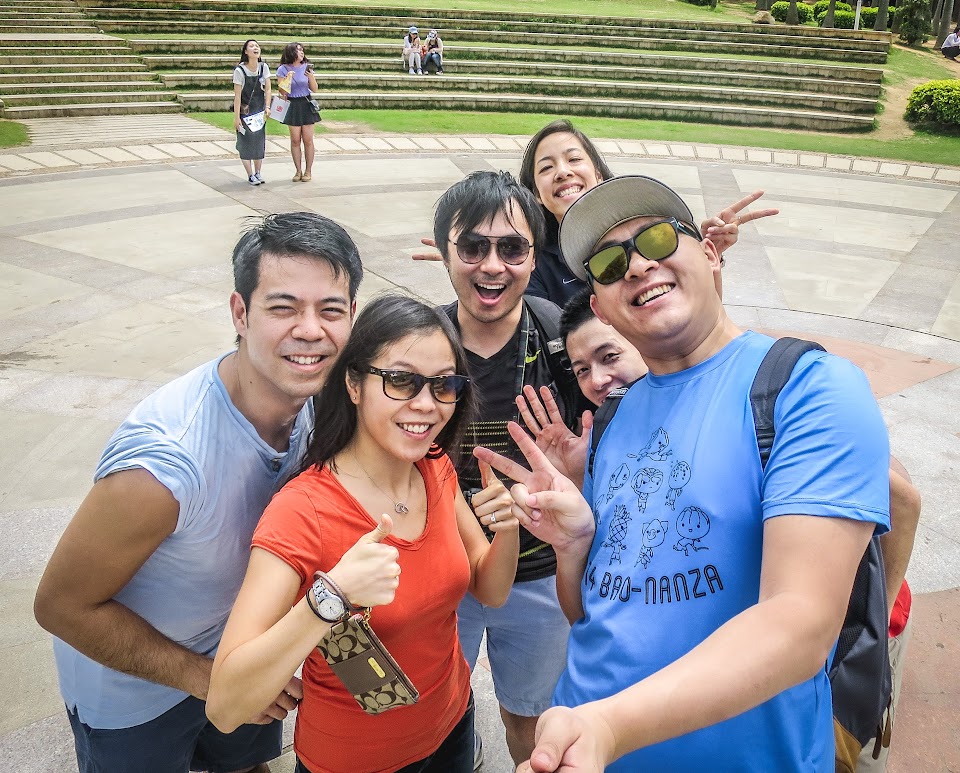 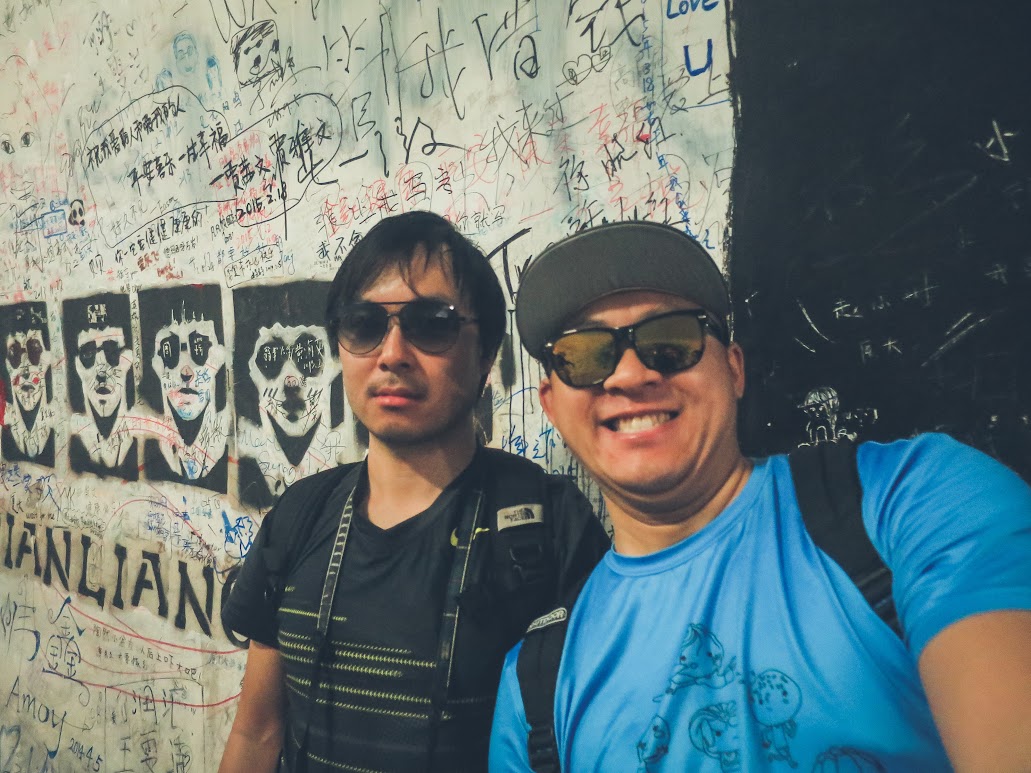 The next morning, we said our goodbyes to Ashley as she was ferried away to the bridal party’s villa to join the rest of the bridesmaids, and we headed out to Xiamen University. We had read that its green campus was one of the top tourist destinations in the city, though I don’t think I expected much when we set out. I was pleasantly surprised, then, to be walking through beautiful green spaces underneath clear blue skies, offering a counterpoint to my admittedly dour view of Chinese urban spaces. Actually, the amount of blue and green in the city and the relative cleanliness of the air was a surprise, and I came away with a generally positive opinion of Xiamen that day. 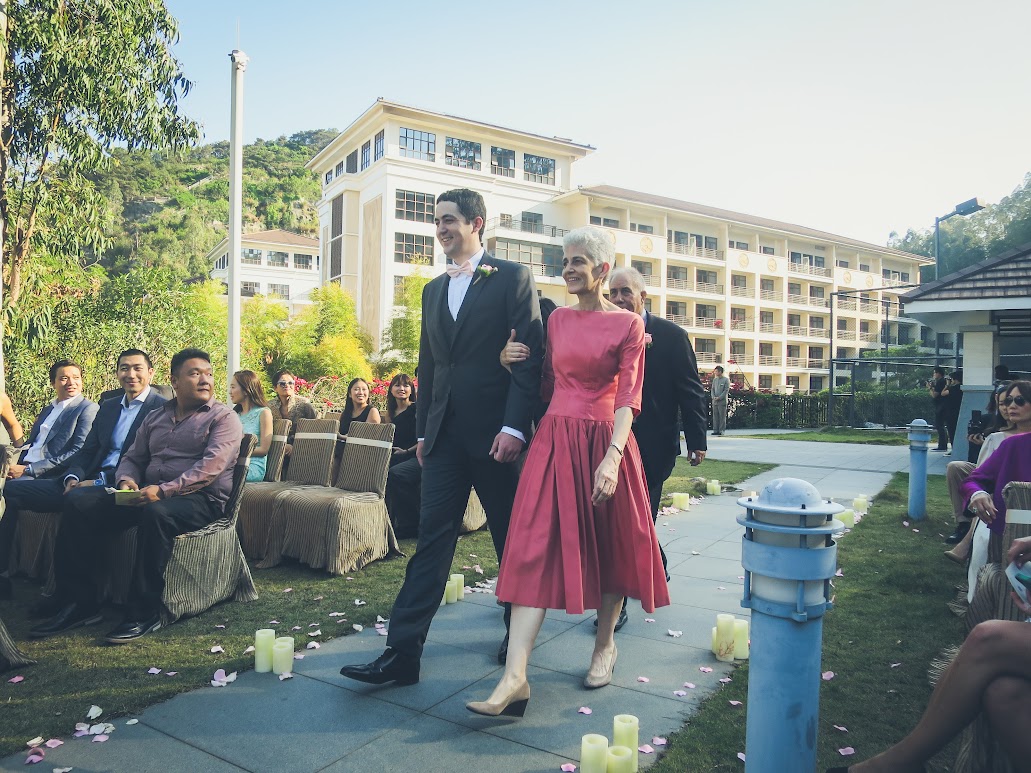 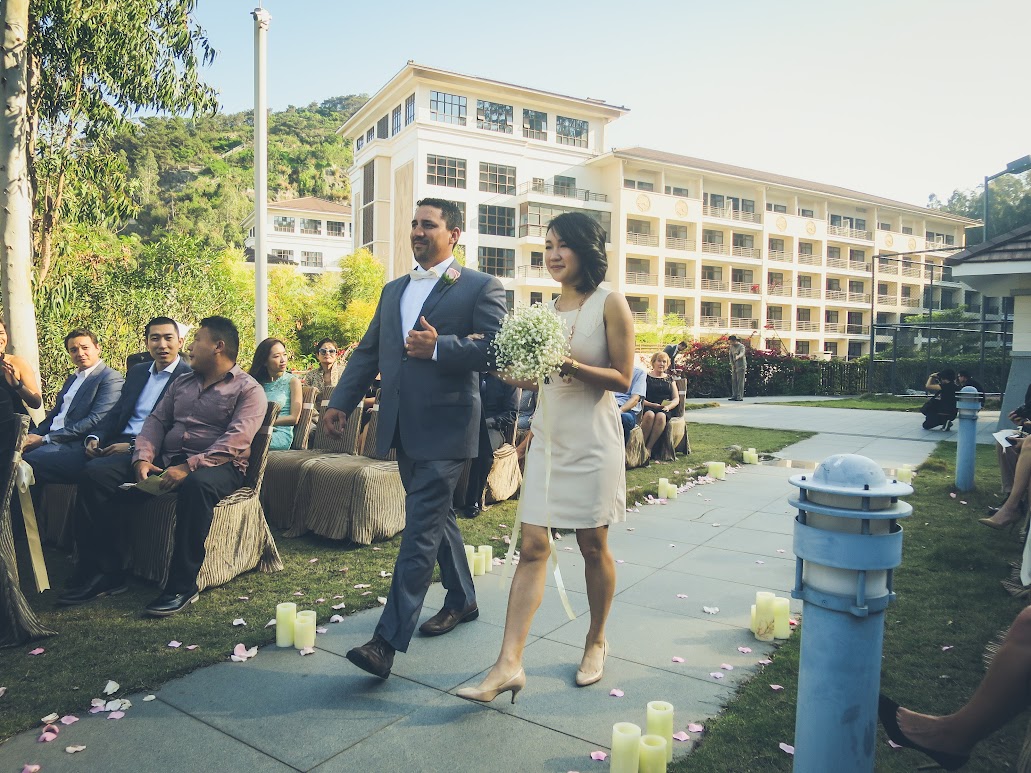 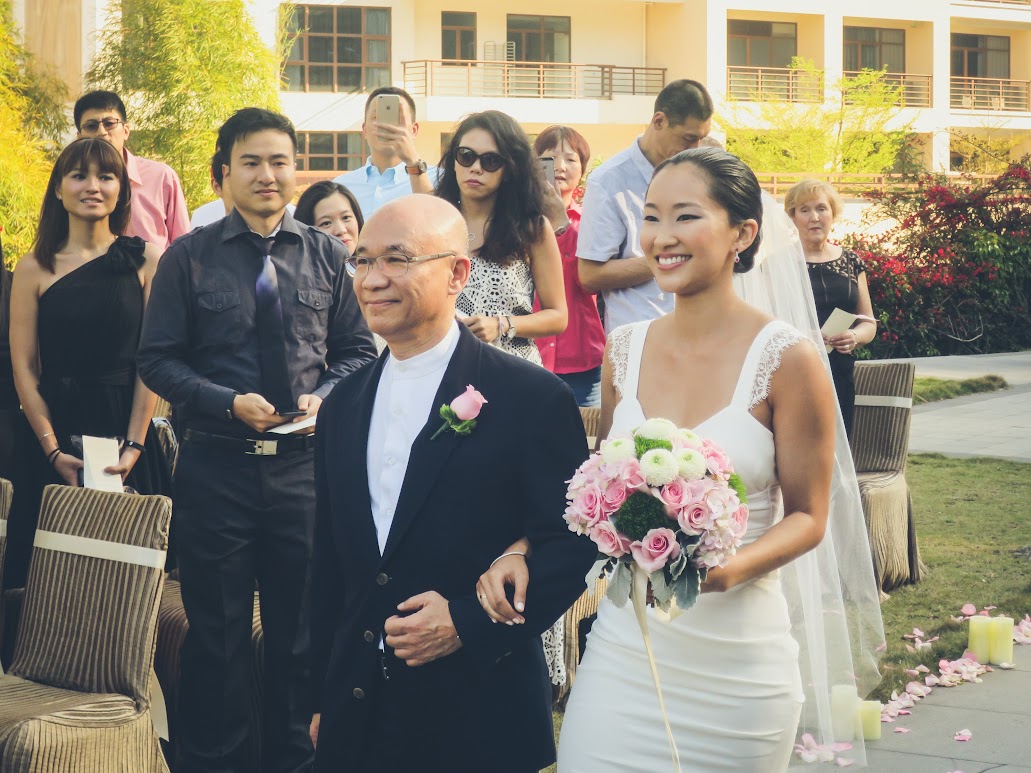 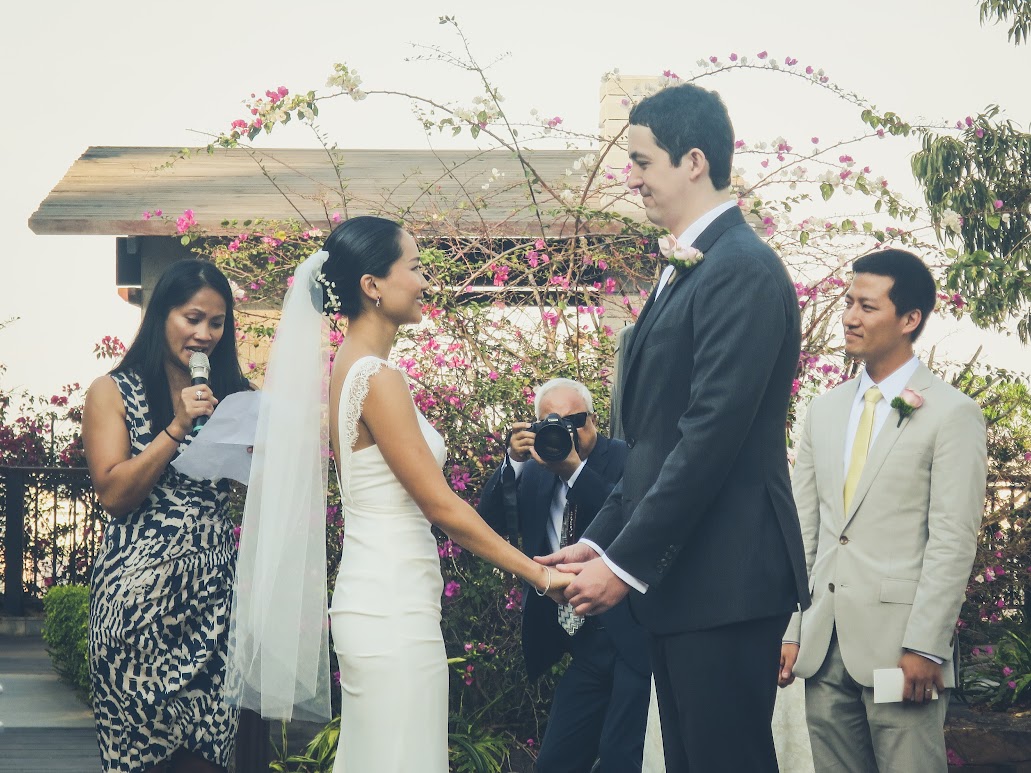 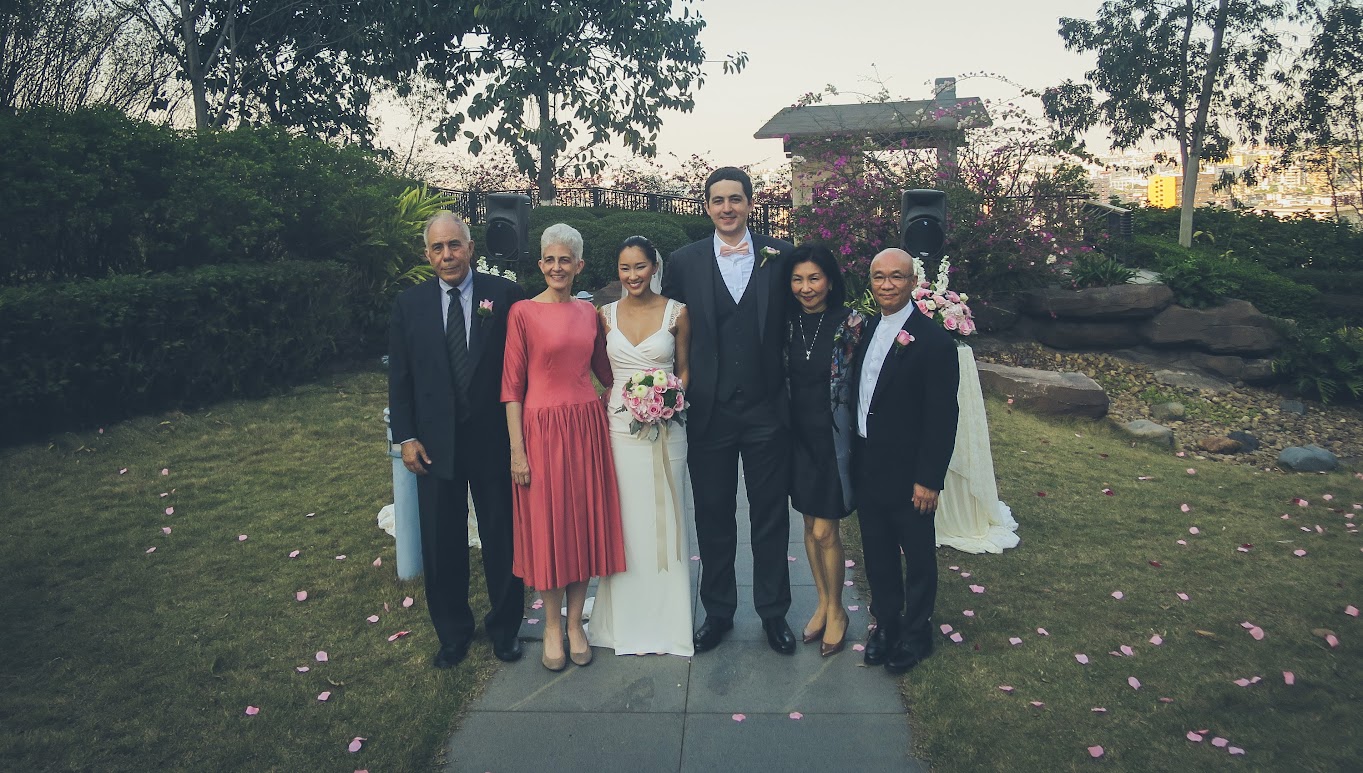 What Happens in Xiamen

After lunch, we returned to the hotel to prepare for the afternoon wedding. It was a small affair on a lovely day, full of smiles and tears, and the sky was streaked with bands of pink and gold. The evening reception was held outside by the water gardens, where I found myself sitting across from an old Ultimate teammate from Hong Kong, of all people. Things got a little crazier at the after party, and Derek’s harrowing encounter with the drunk MC is now legend among our friends, but what happens in Xiamen, stays in Xiamen. Ashley and I didn’t have much time to rest after the whirlwind weekend however, and after flying back to Xiamen on Sunday, we were back at the airport the next day, ready to embark on our next adventure. 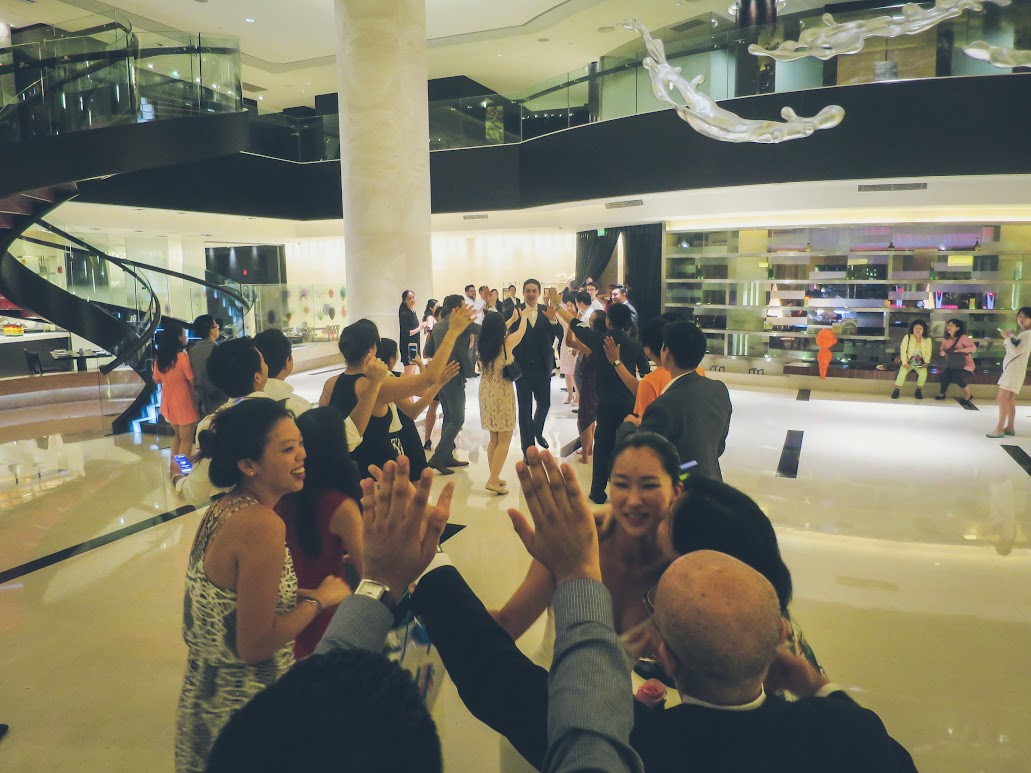