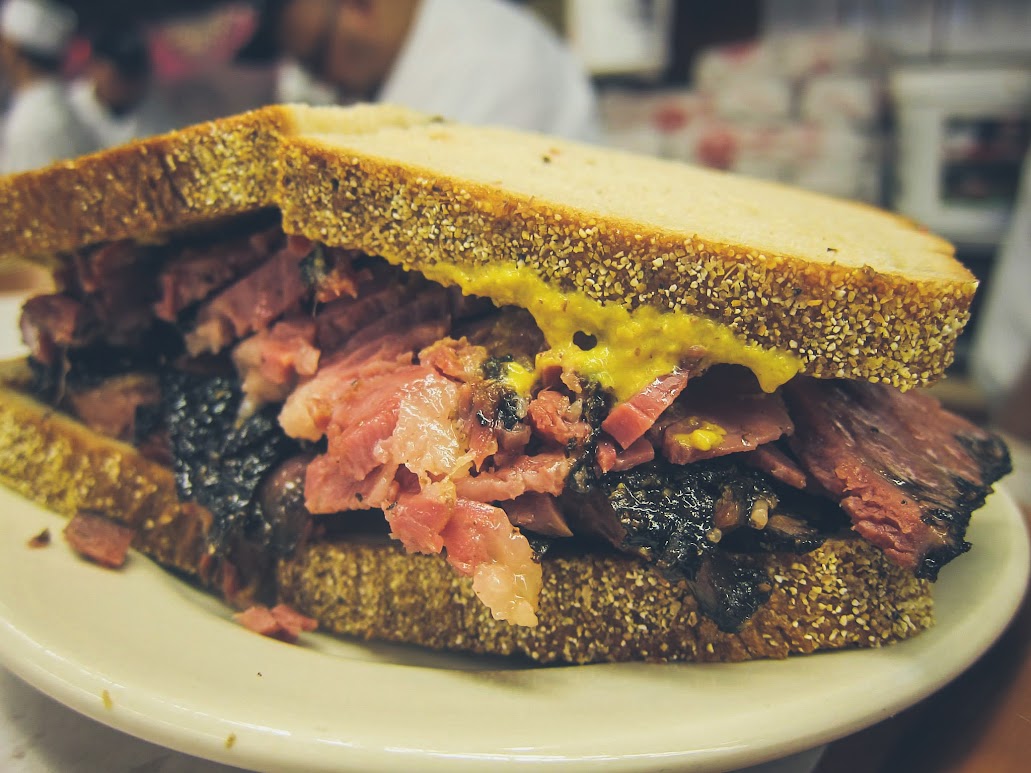 The Sisterhood of Fried Chicken

On our third day in New York, Michelle joined us for brunch, and the reunion was complete. At the time, she was doing an internship in New Jersey while completing her MBA, and she had taken a few days off for a short trip to New York. Michelle, along with Julie and Sunny, is Korean-American, and Ashley had met all of them while attending a predominantly Korean church in Boston. Sunny was Ashley’s first housemate after graduating from college, and the four of them navigated the early years of post-college adulthood together. These are the bonds formed through Friday night fried chicken sprees, lazy days playing hooky from work after a snowstorm, and the travails of young love and heartache. 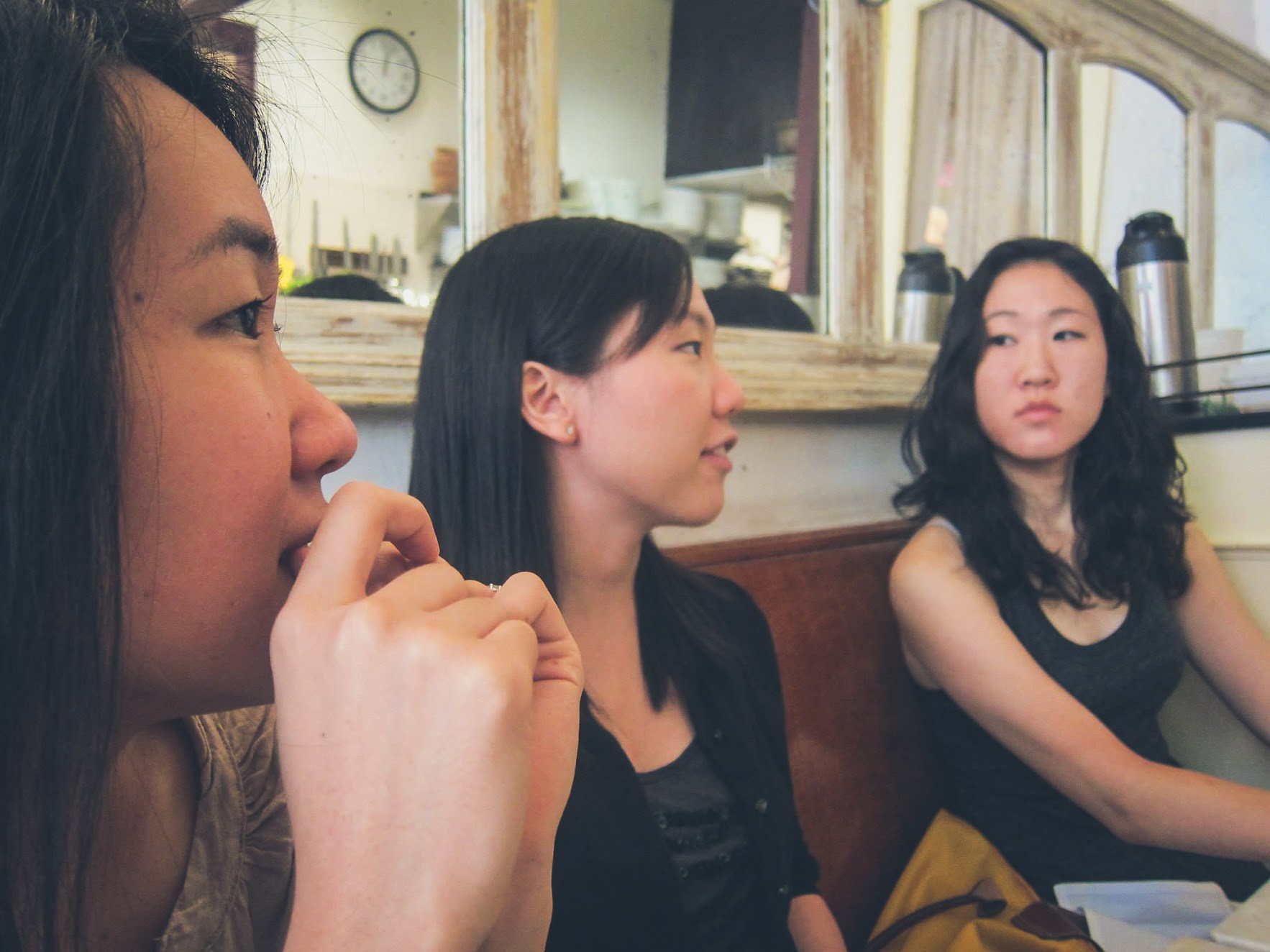 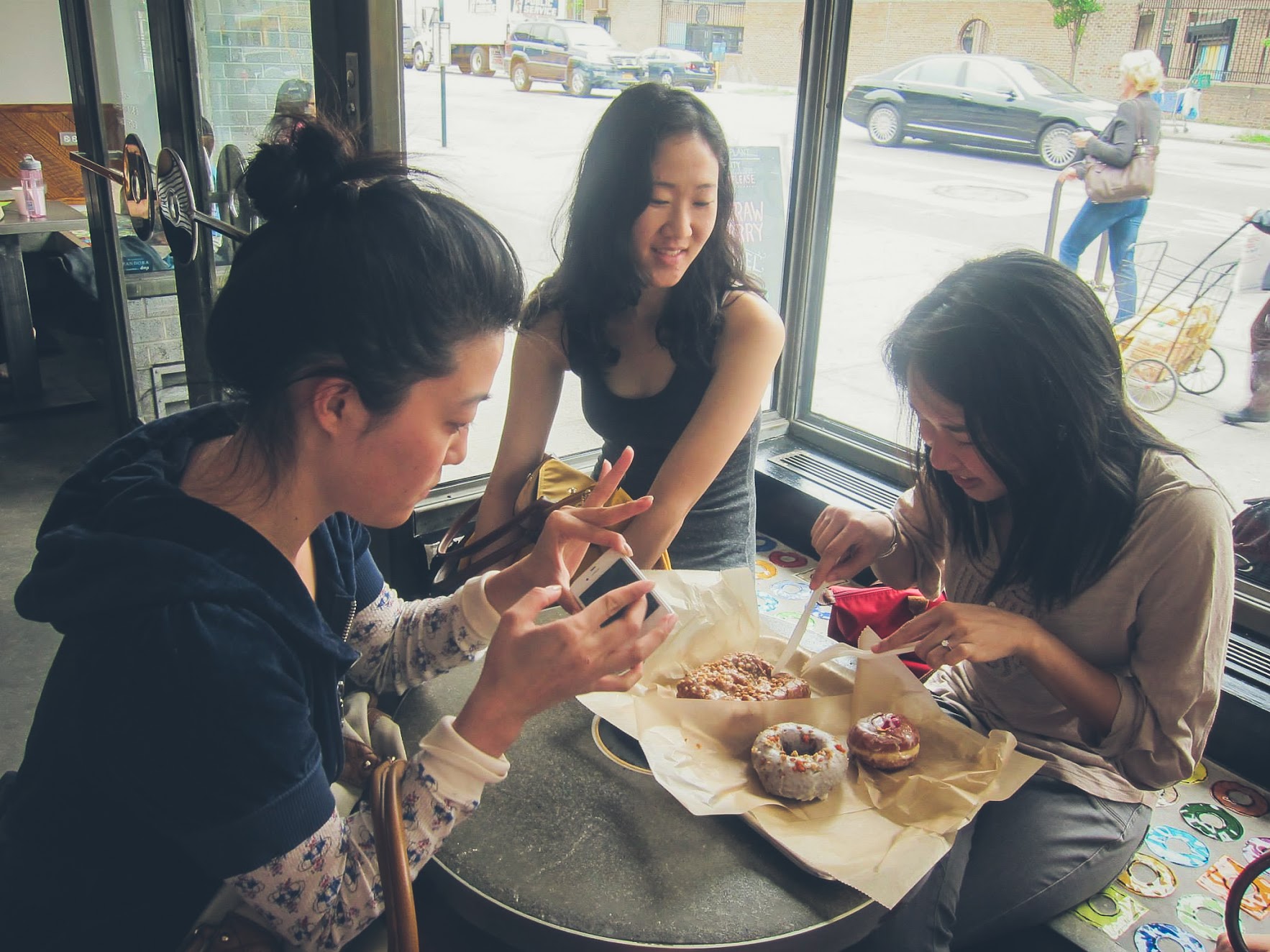 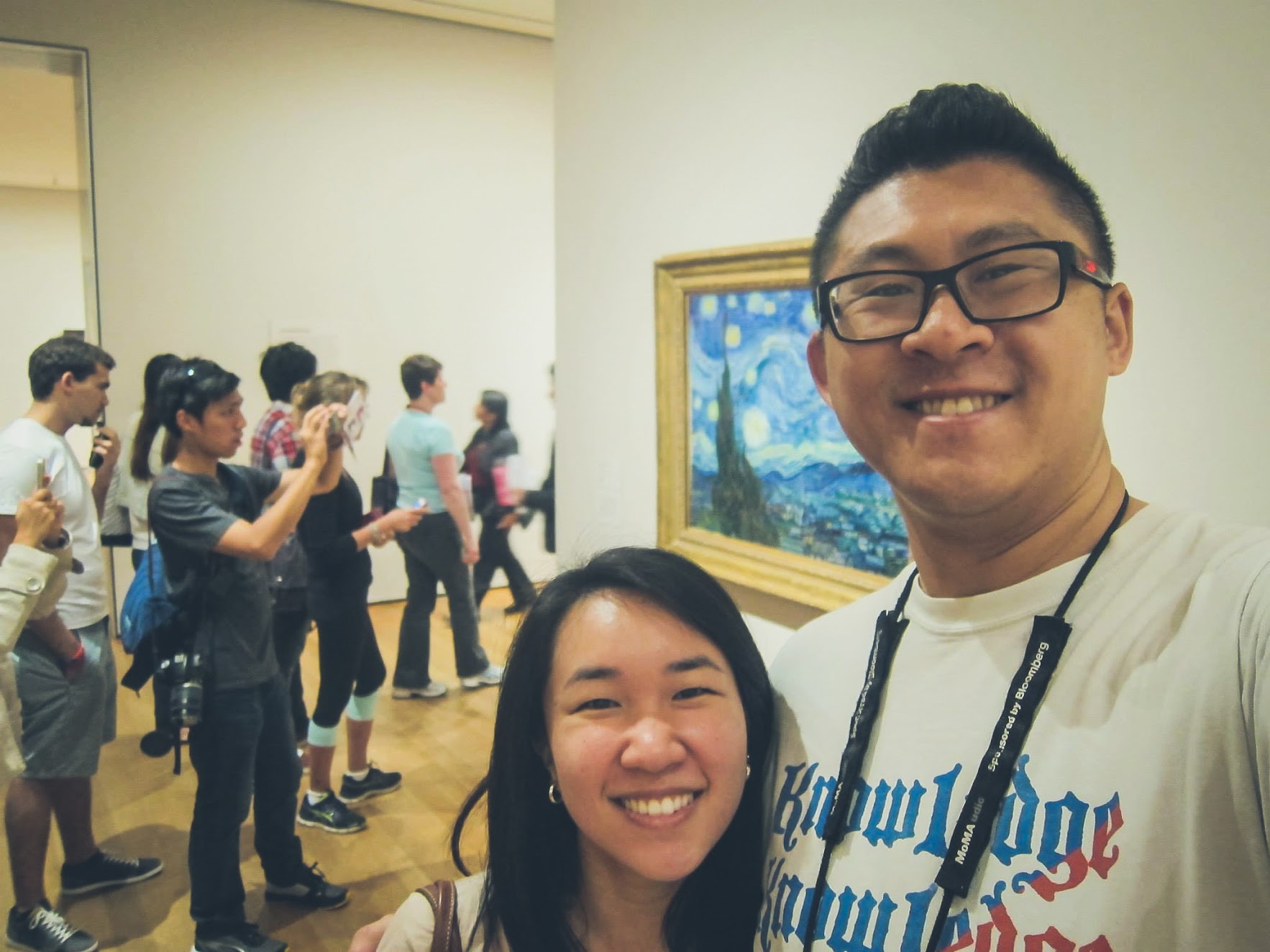 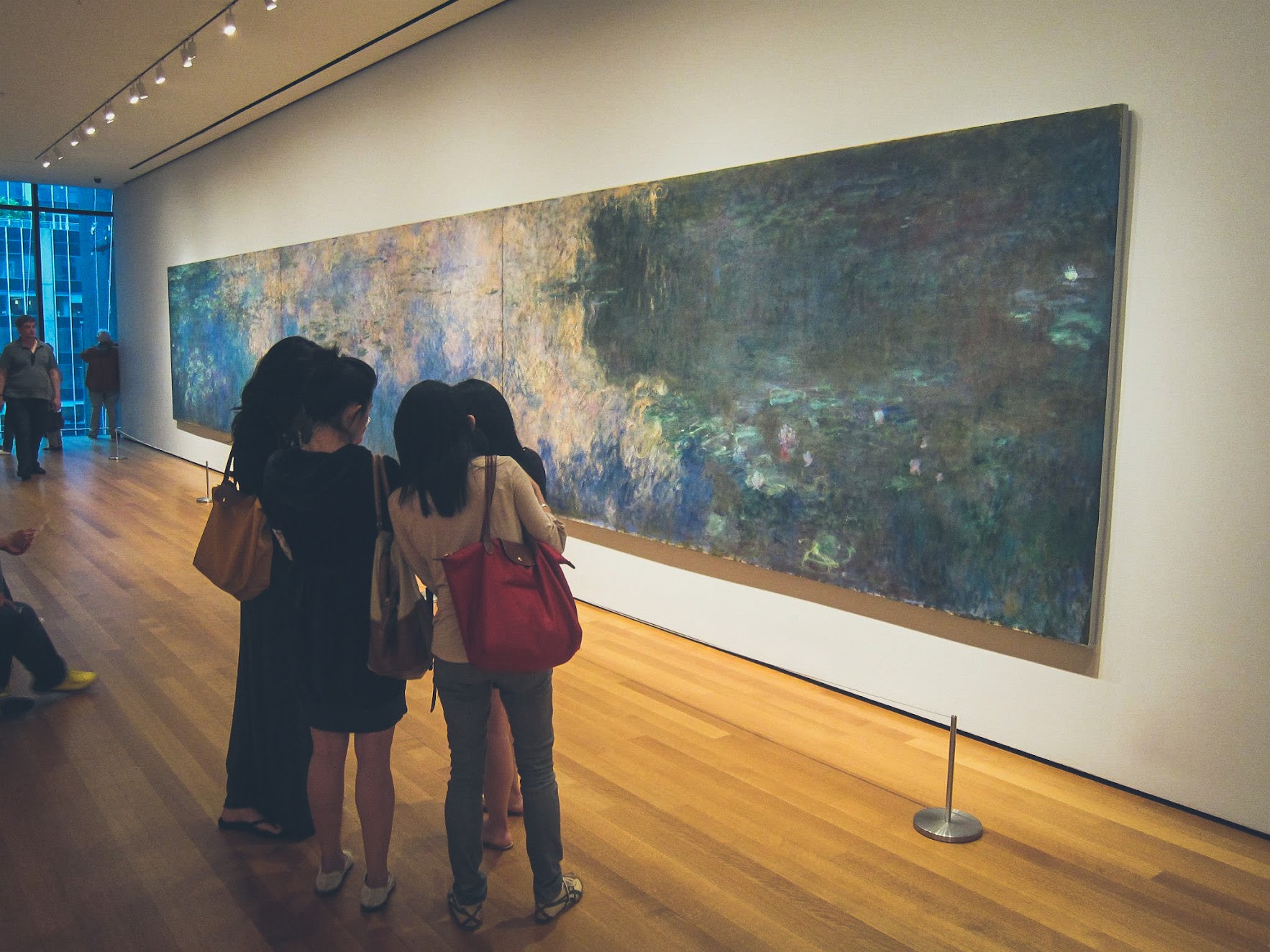 We spent the afternoon at the incredible Museum of Modern Art, and I really can’t describe how much this place lived up to its billing. I’d heard so much about the MoMA prior to coming to New York, and I was fairly confident that I would be underwhelmed.  Art galleries don’t get much of a reaction out of me in the first place, and I tend to just speed walk my way through the exhibition halls.  It’s not that I have a particular dislike of art, only that what I do like falls within a fairly narrow range.  I was positively starstruck by some of the more famous art pieces though, like van Gogh’s The Starry Night, and there were a host of other well-known works by the likes of Cézanne, Gauguin, Matisse, Rousseau, Monet, Dali, Picasso, and Pollock.  We emerged from the museum in the late afternoon, thoroughly art-ed out, and the only cure was burgers and shakes. 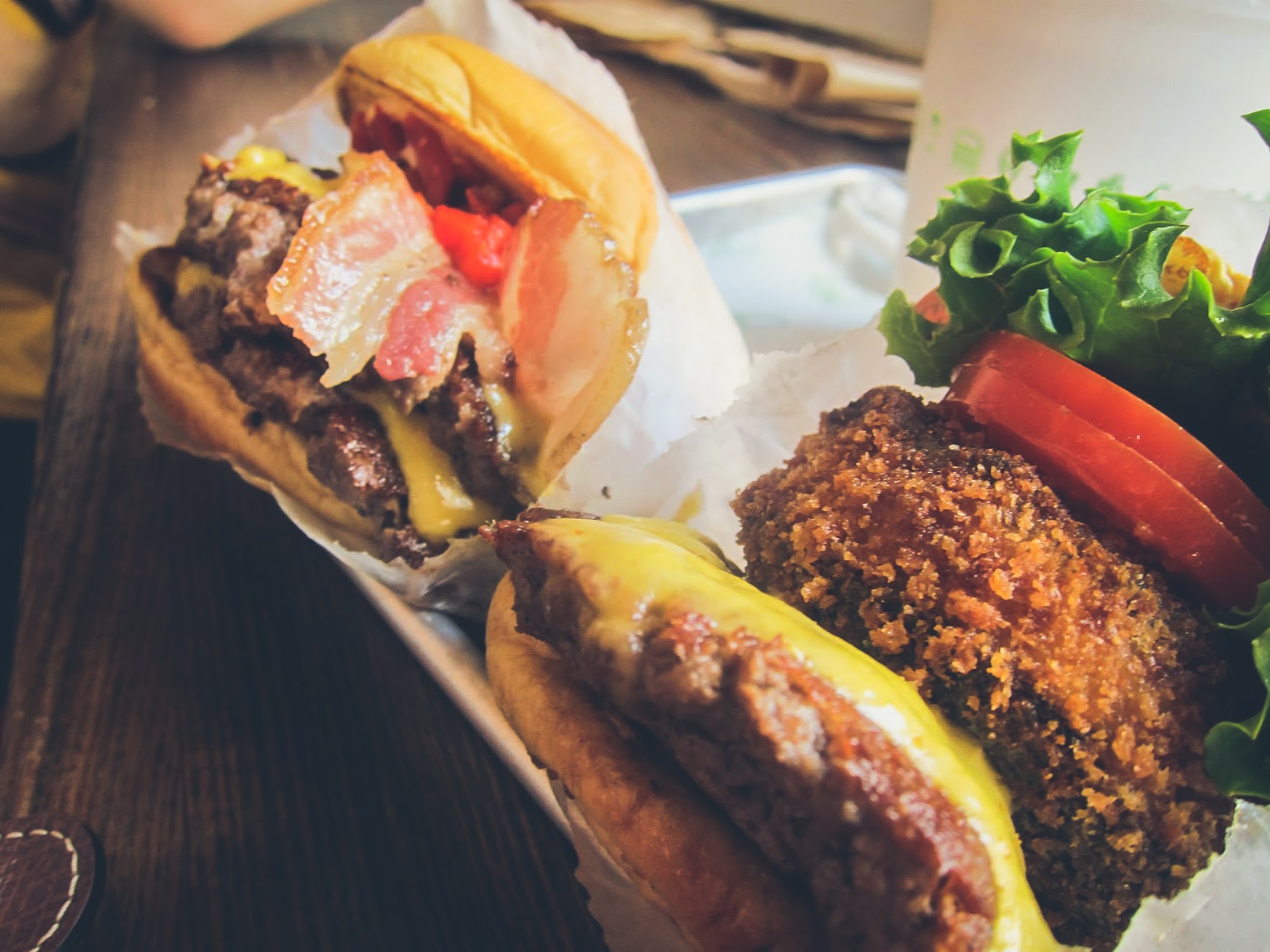 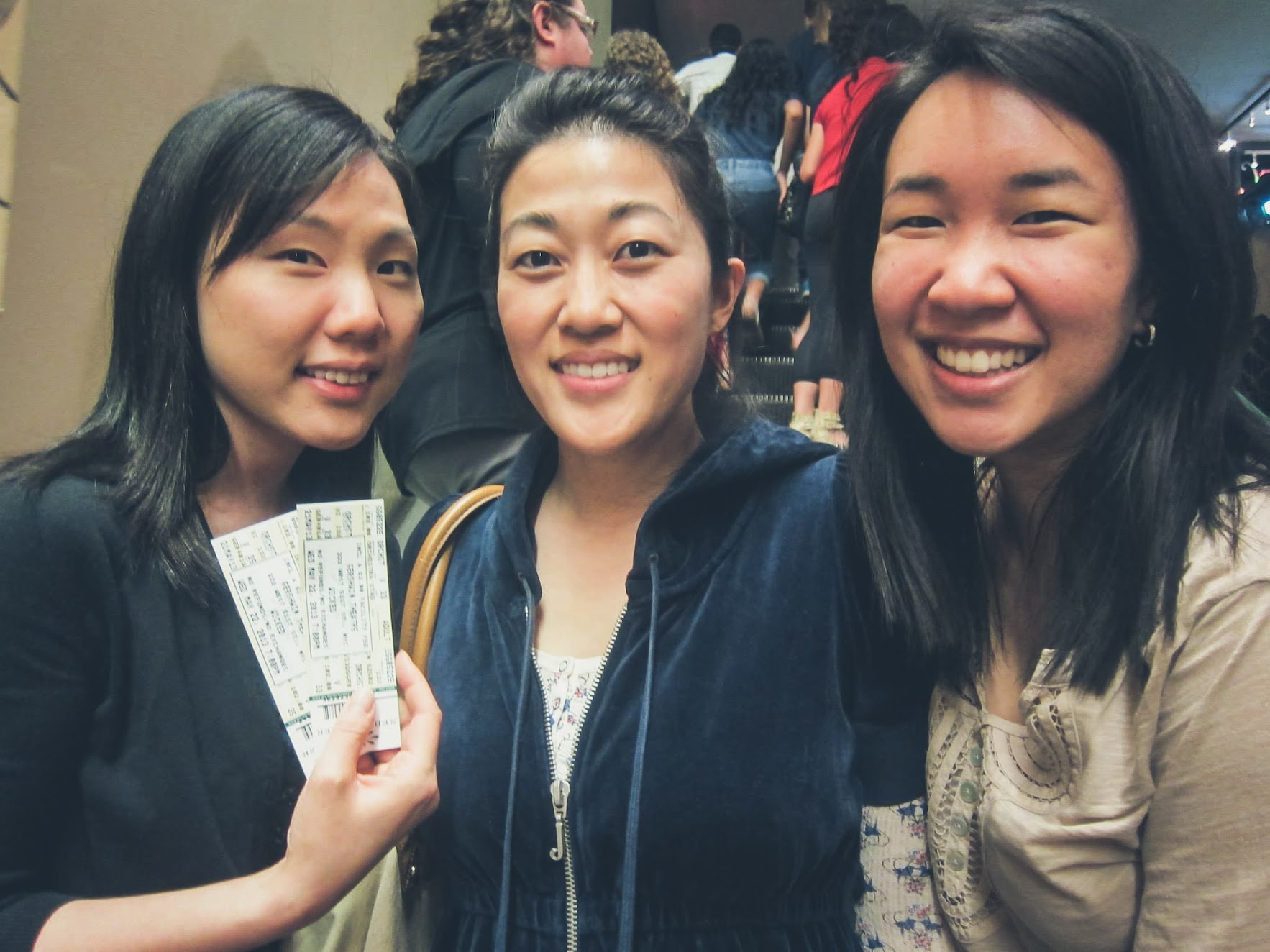 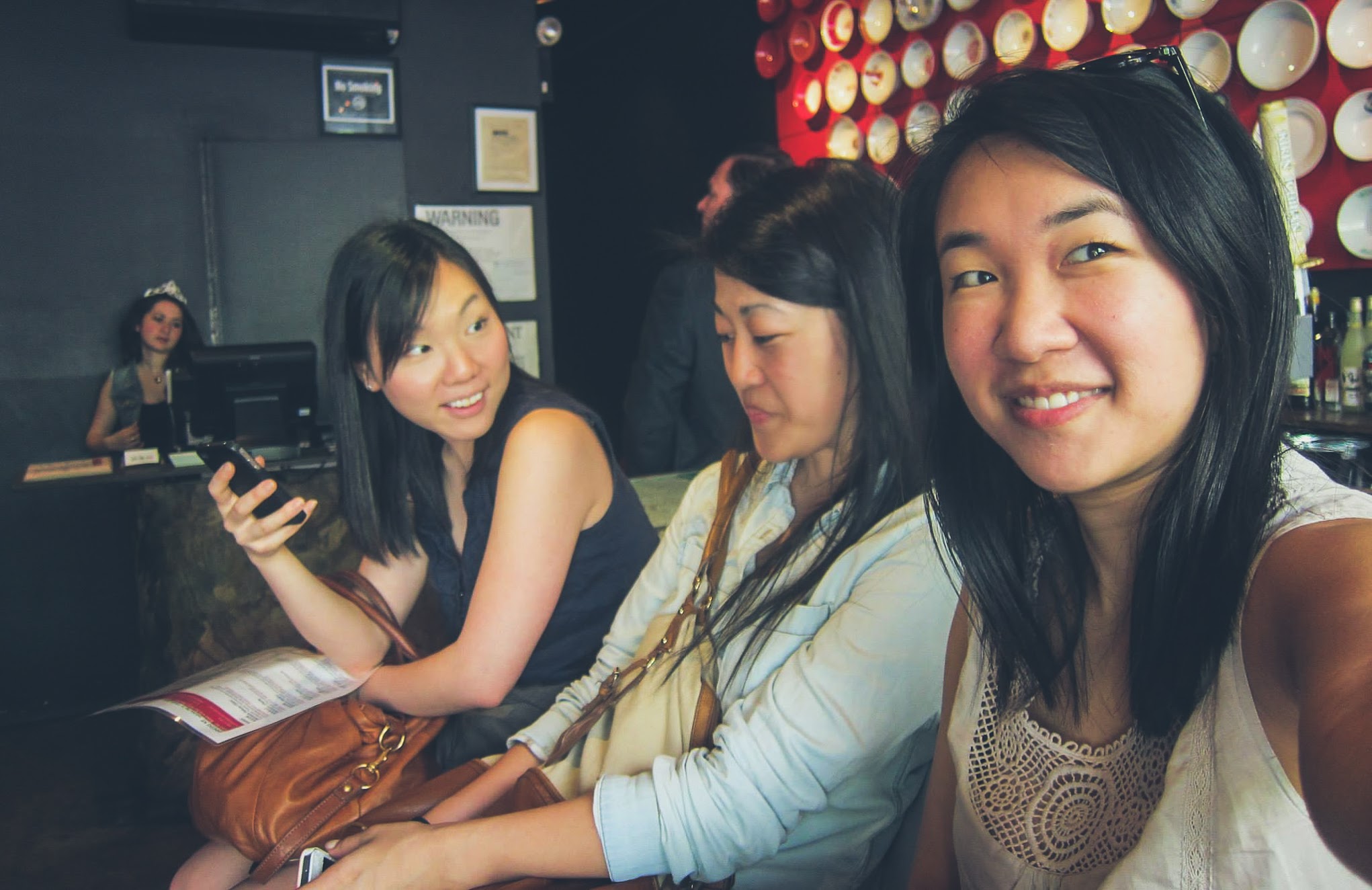 Shake Shack started as an actual shack in Madison Square Park, operating out of a small kiosk structure while serving up delicious burgers and shakes.  By 2010, multiple shops had opened up around the city, and locations were popping up in other parts of the country as well.  There was considerable debate among casual burger aficionados on the relative merits of Shack Shack versus In-N-Out and Five Guys, which was probably more about regional pride than anything.  Having said all that, I’ve only ever had Shake Shack, and the first time I had it was there in New York.  The burger was better than average, the black & white shake was amazing, and overall I’d say it was probably worth the hype.  What definitely lived up to the hype was Wicked, which we caught that evening!  Hundreds of thousands of words have been poured at the altar of this critically acclaimed musical, so I’ll refrain from saying too much more – suffice to say that I loved it. 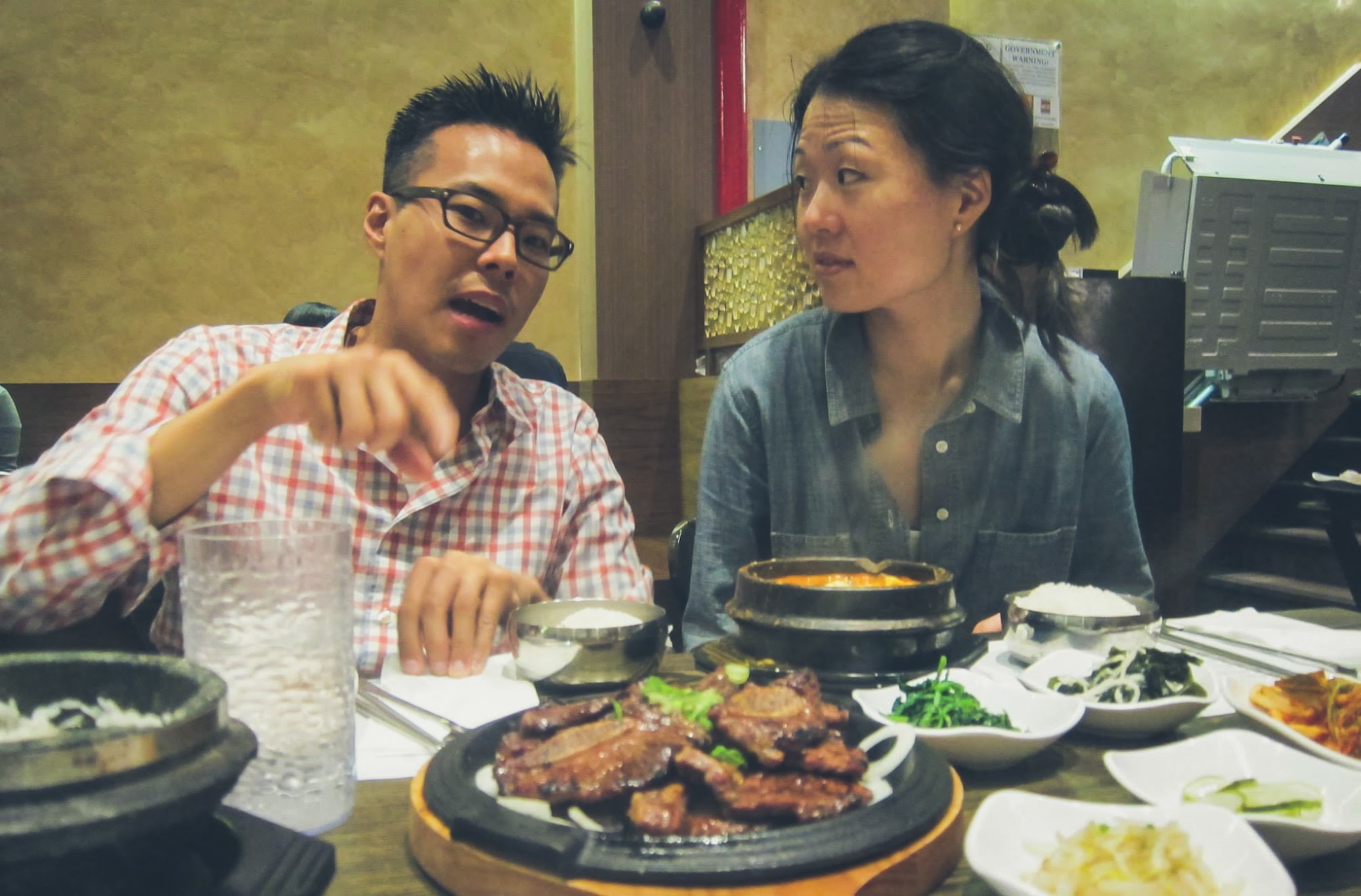 Paul lived in Hong Kong for the better part of three years, though technically he spent most of his week in Shenzhen, just across the border.  Each weekend, without fail, he would commute to Causeway Bay, where he lived with a few other friends in an apartment affectionately known as 18F.  It would be the epicentre of our little community, our place of refuge in a relentless city, and the home base for our church small group.  Paul was one of the small group leaders, serving in that capacity until his final year in the city.  In 2011, I went on holiday with him and couple other friends to Taipei, as well as a few other trips together with our small group to an orphanage in northern China.  Sadly, at the end of that year, he packed his bags and returned to his hometown of New York, one of many reluctant partings within our community in the last few years.  Paul has made a few trips back to Hong Kong in the ensuing years, and we ended up traveling together to Seoul in late 2012, where he sort of hinted that there was somebody back home.  By the time Ashley and I arrived in New York a little over half a year later, we were making dinner plans with Paul and his fiancée!  We met up with him and June in Koreatown, naturally, and it was very good to break bread with this brother again.  Paul and June would get married in July of that year, and he’s now the proud father of the cutest baby boy – a long way from our days catching rays on Big Wave Bay, or waiting out the summer typhoons from within the safe confines of 18F. 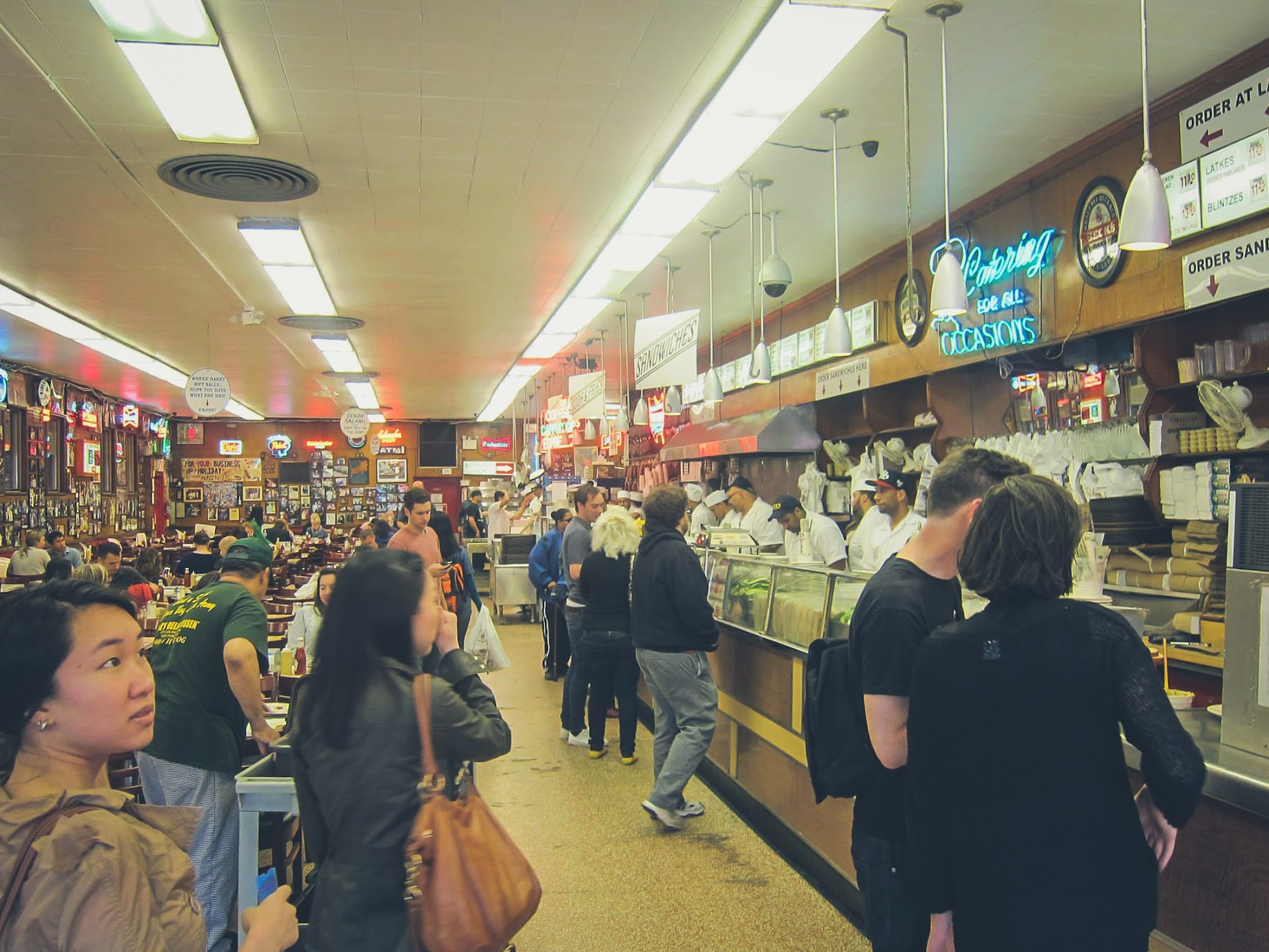 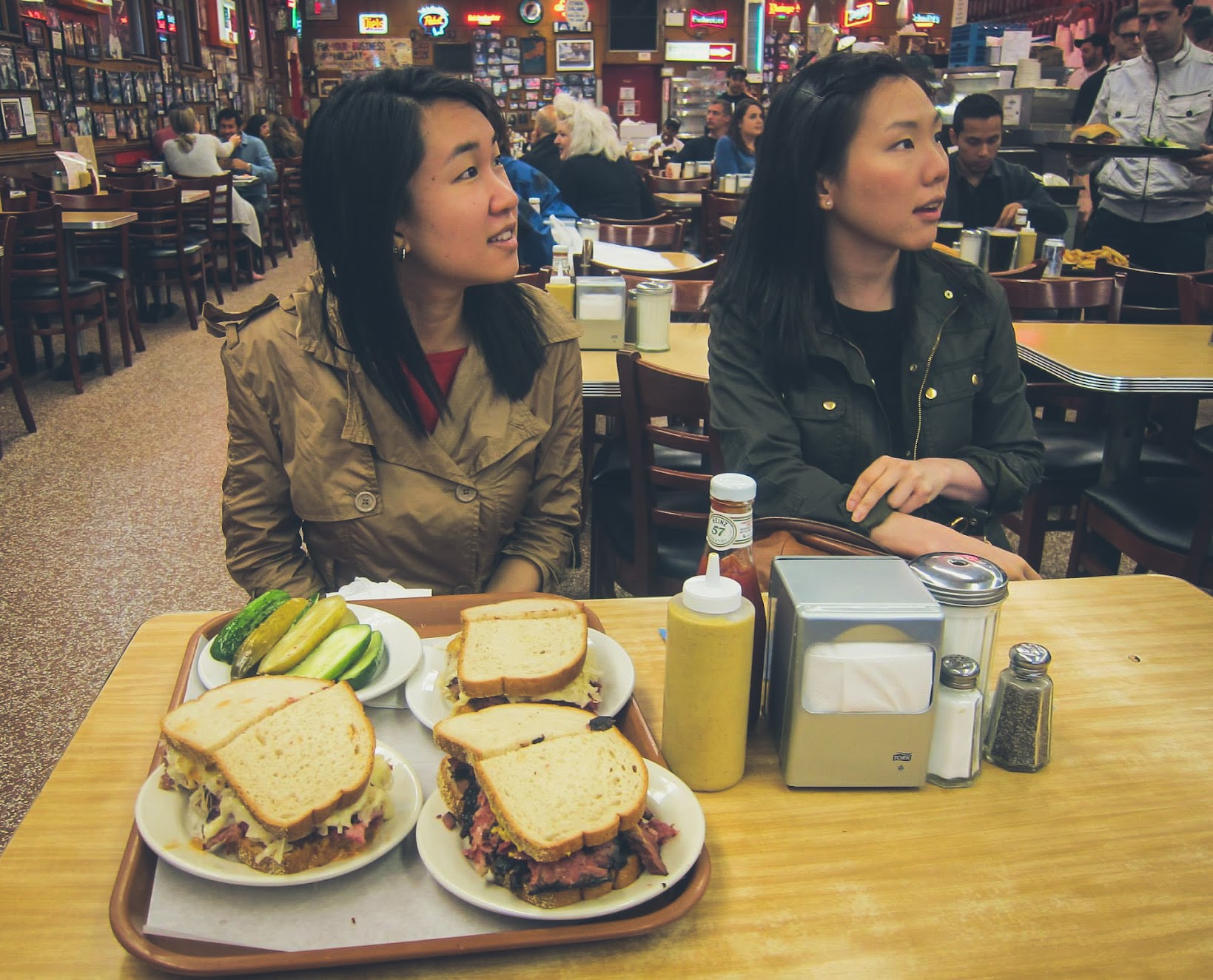 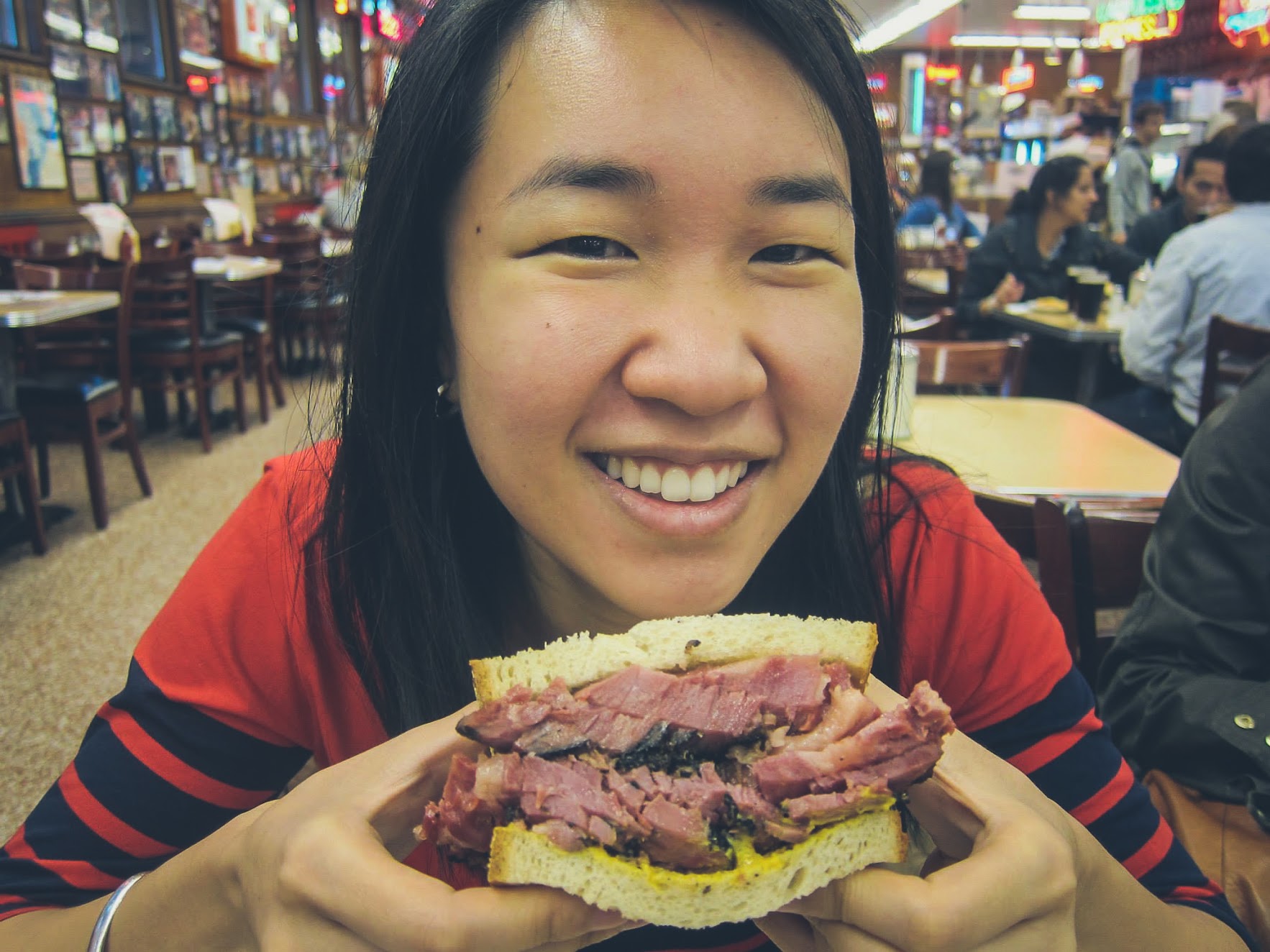 On our last full day in New York, we hit up one of the city’s true gems – Katz’s Delicatessen!  Pop culture enthusiasts would recognize it as the place where Meg Ryan faked an orgasm in the film, When Harry Met Sally, but the restaurant has been serving up delicious stacks of pastrami on rye for well over a hundred years.  We were accompanied by Sunny, Michelle, and another friend from their Boston days, Jane, and we eagerly lined up to get our hands on their world famous sandwiches.  Like the Chicken and Rice from a few days before, Katz’s did not disappoint.  Each sandwich was overflowing with thick cuts of juicy pastrami, cut with the sharp edge of mustard and wrapped together in two slices of fresh rye bread.  This heavenly experience would be our farewell to Michelle, until our upcoming wedding in December, and after saying our goodbyes, Sunny, Ashley, and I headed uptown to get in a few hours in the American Museum of Natural History. 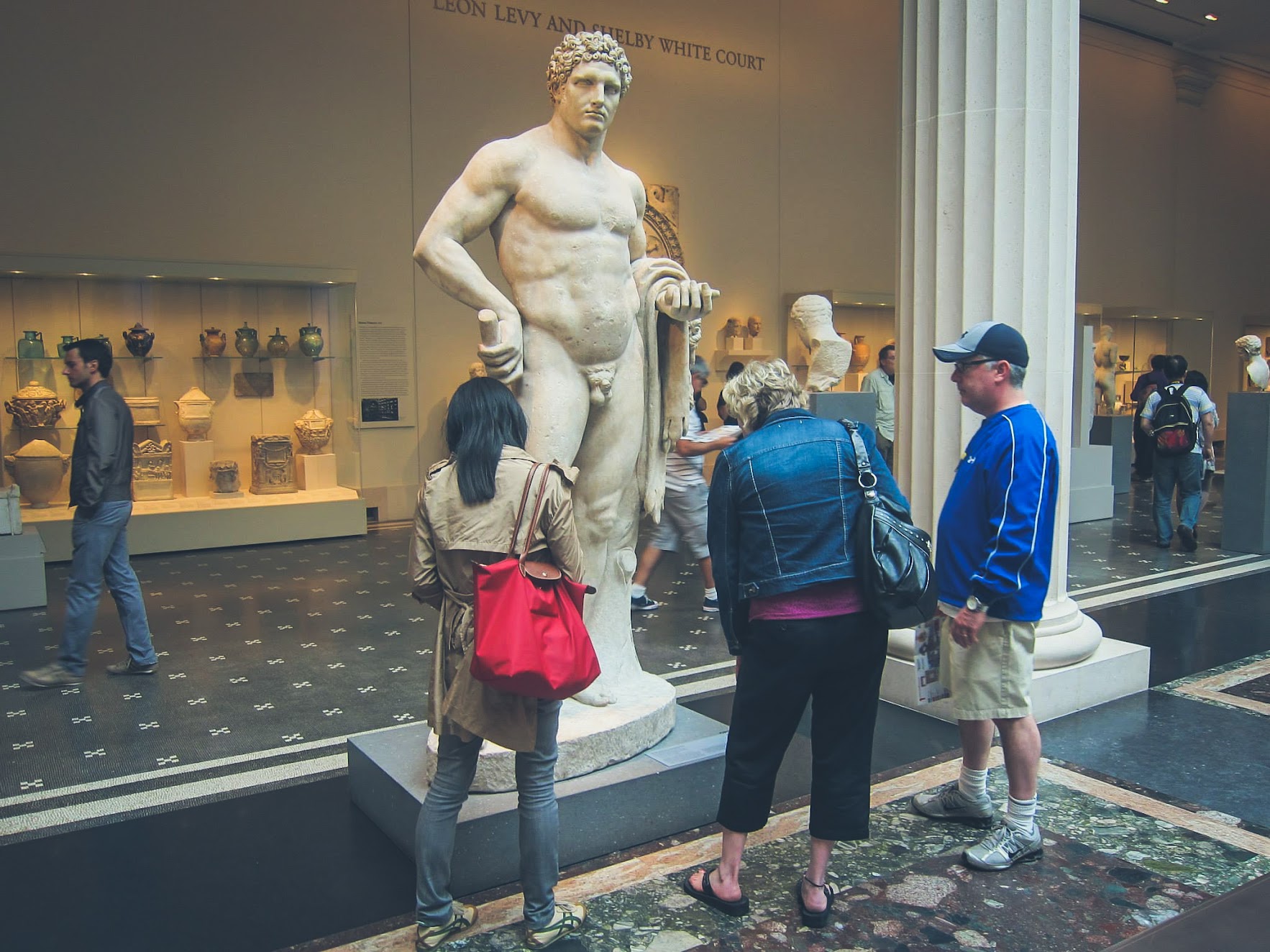 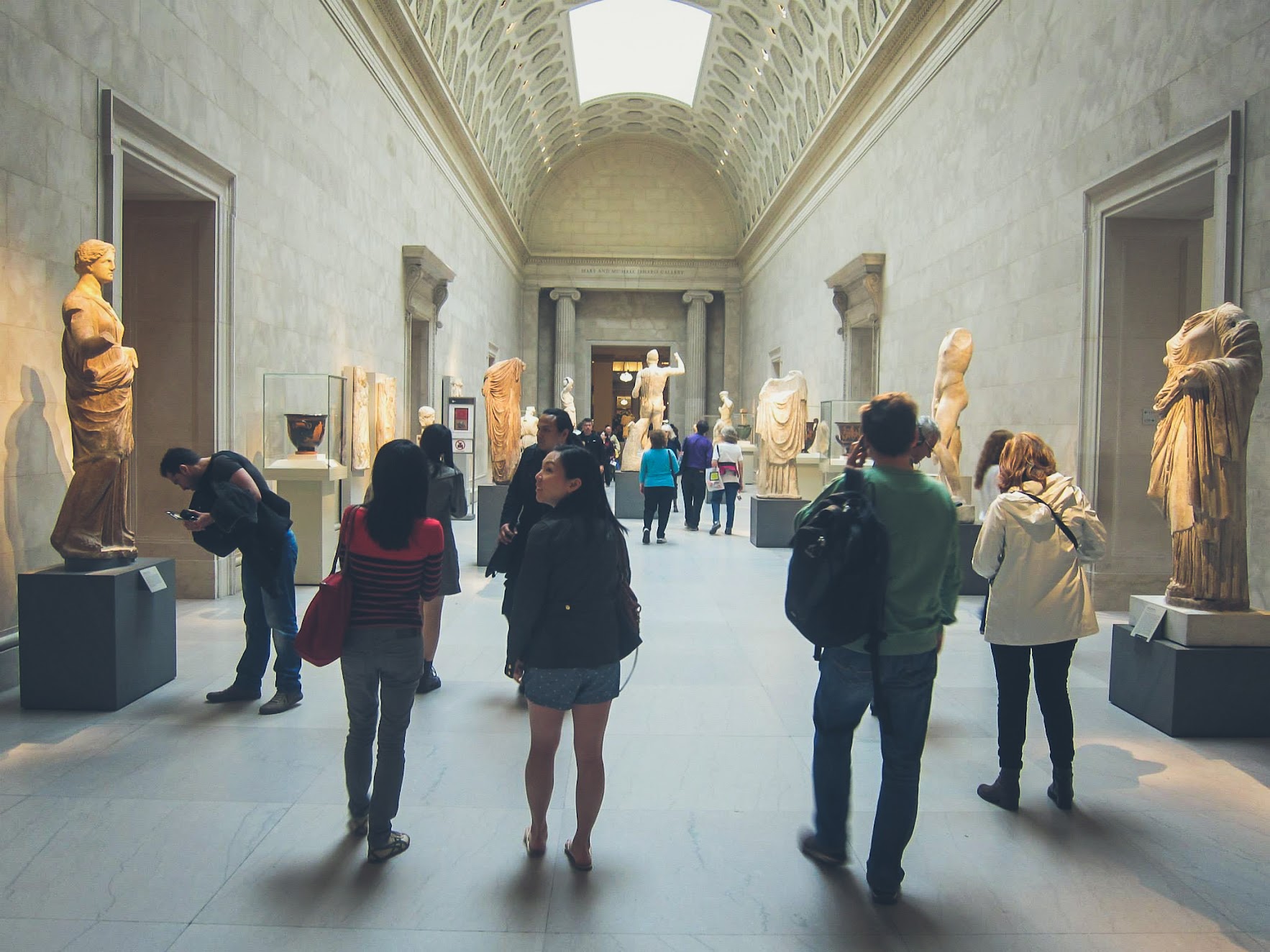 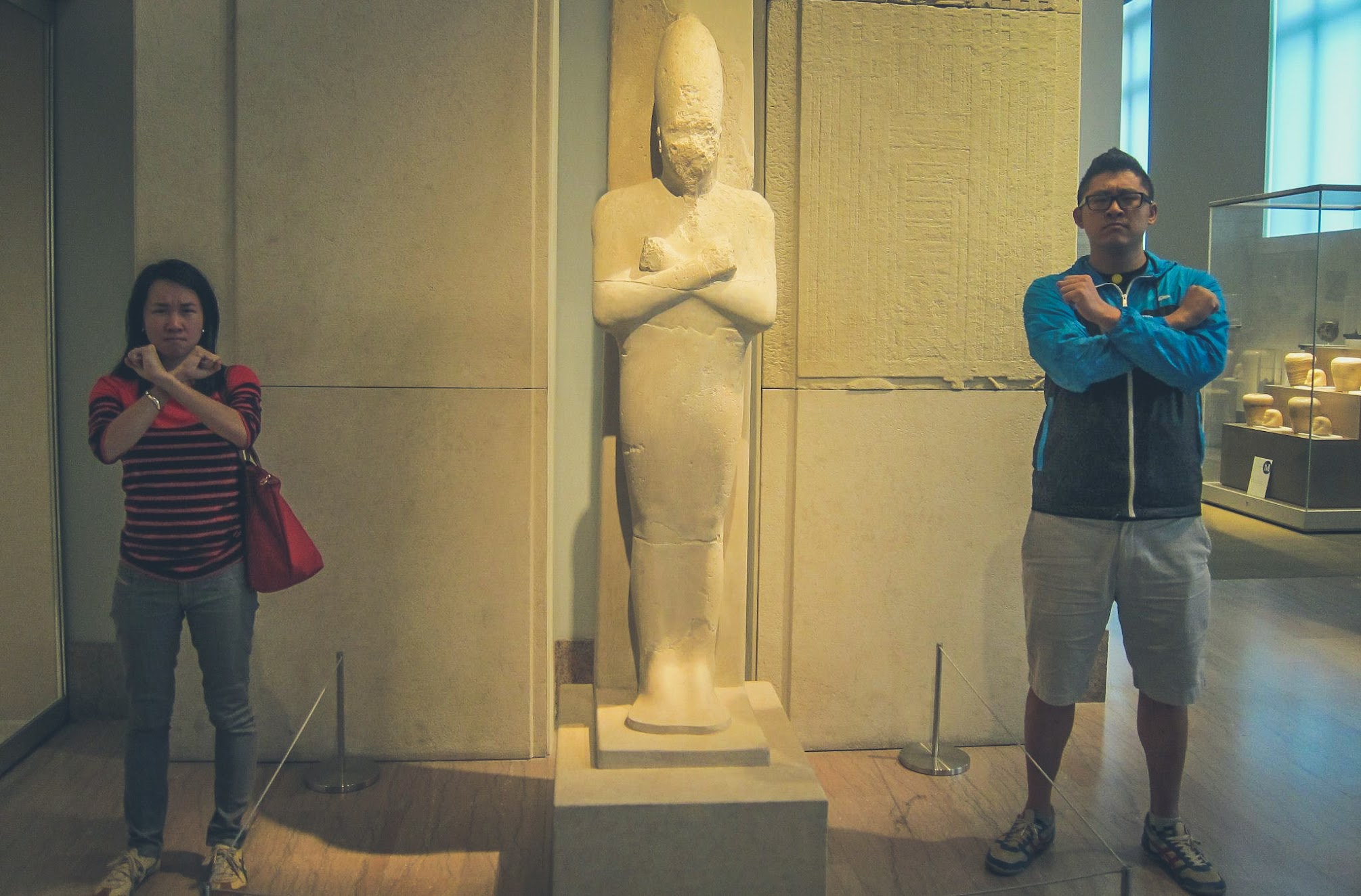 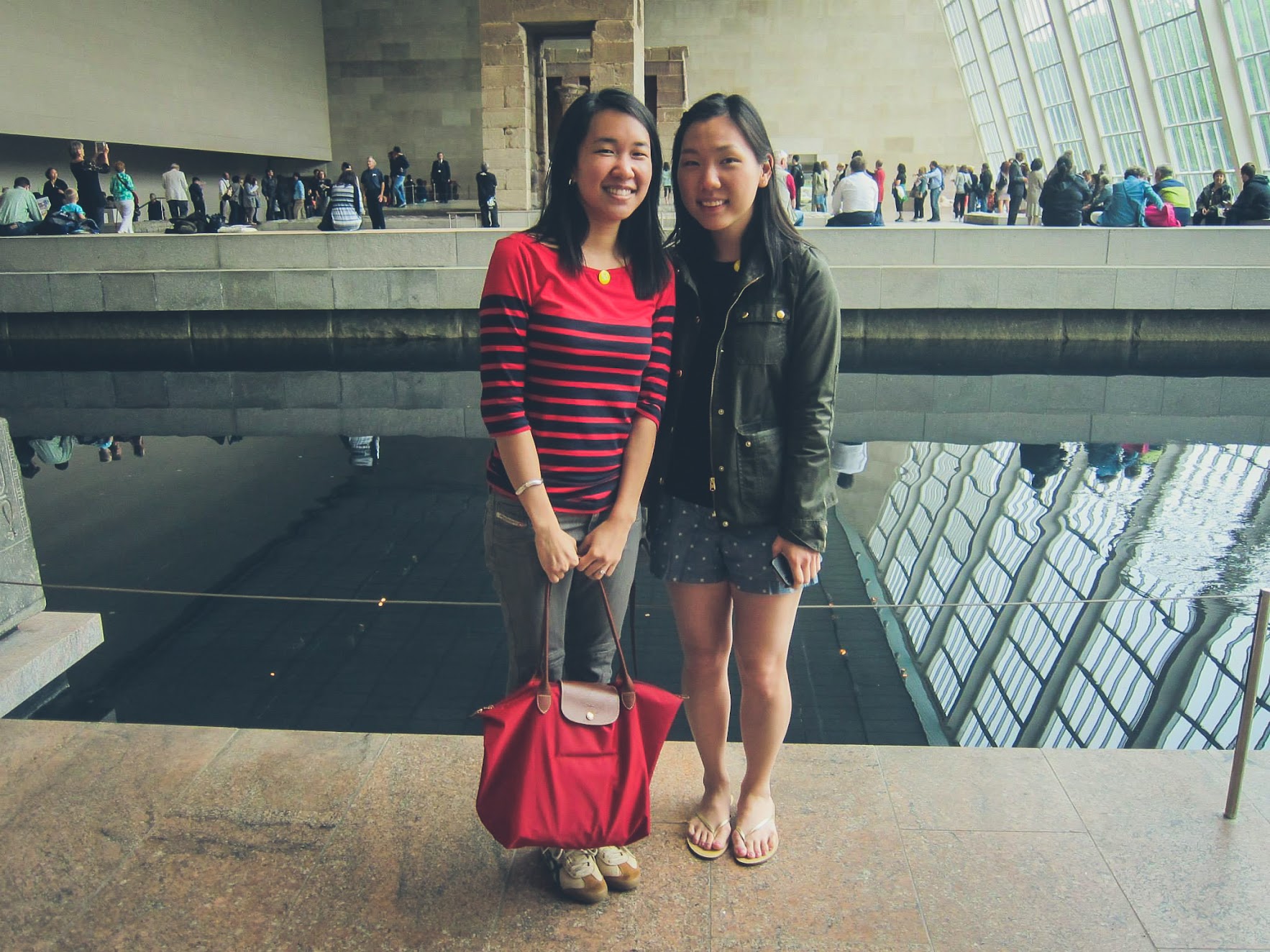 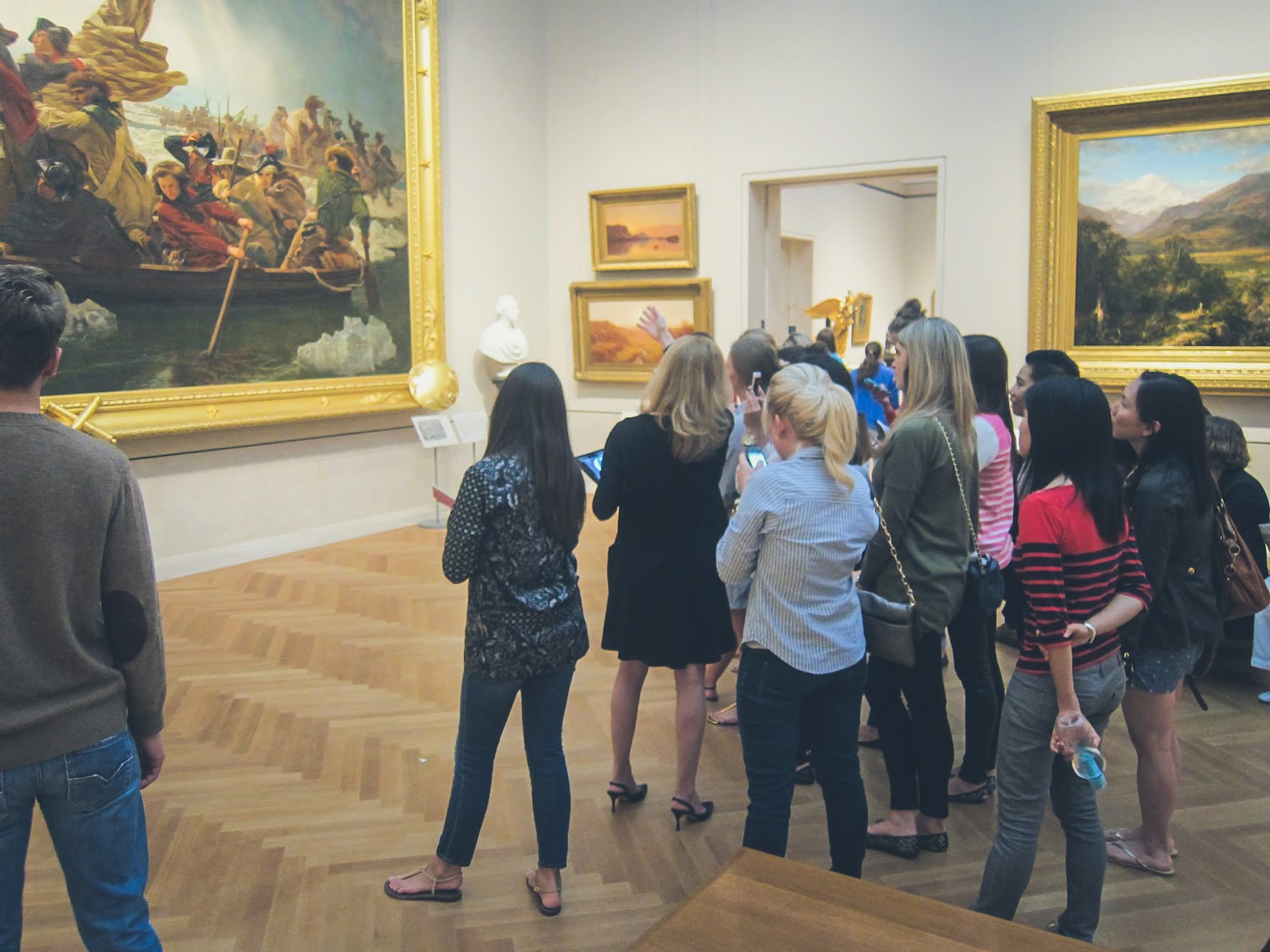 Sunny had heard that the entrance fee of $25 for the museum was actually just a recommended amount, and that one might be able to get in for free.  We hatched a plan to test this theory, which required all of us to remain firm in our commitment to learn for free.  When we walked up to the ticket counter, the attendant did indeed ask us for $25 each, and so we asked for clarification on whether or not the fee might actually be a suggestion.  Her dour countenance conveyed her annoyance at our outrageous line of questioning, and when I asked if we could, in fact, pay nothing, she sighed audibly and said that we had to pay something.  One of us took out a dollar bill and gently placed it on the counter, and when she asked if we were intending on paying $1 each, we stood firm and told her that, actually, we wanted to pay $1 for all three of us.  Defeated, she slowly slid three admission pins across the counter, and we revelled in our collective act of being cheap.  As far as I’m aware, this policy still stands, though, rather hypocritically, I do encourage the proper patronage of museums and the like.  We didn’t have a lot of time, as Ashley and I needed to get ready for my friend’s wedding that evening, but I noticed quite a few exhibits and installations that would have been interesting to check out had we been able to stay there longer.  This was essentially the end of our time together with Sunny, as we would be taking an early morning bus out of town the next day.  As with Michelle, Sunny would be a bridesmaid at our wedding in December, so we’d be seeing her again in a few short months. 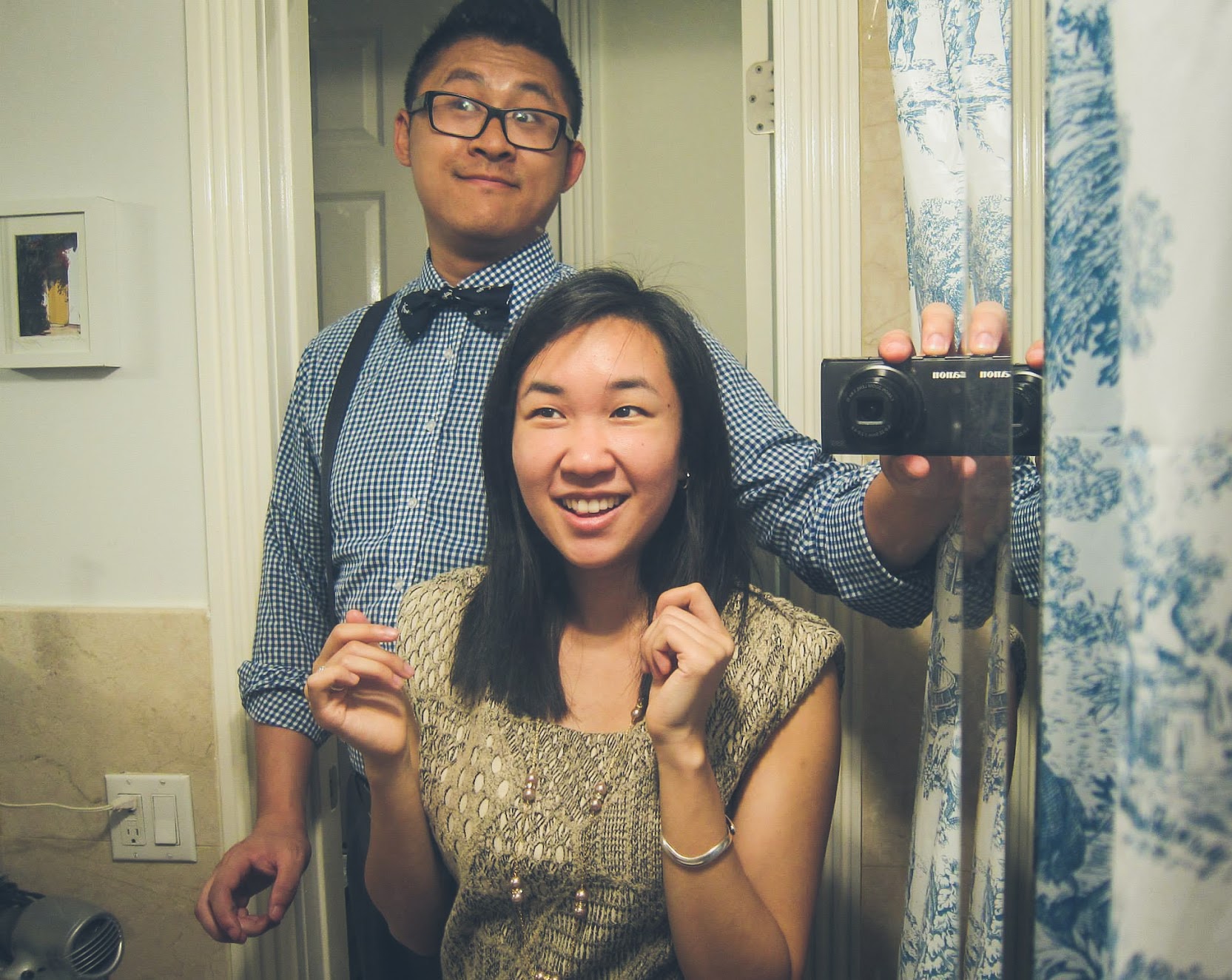 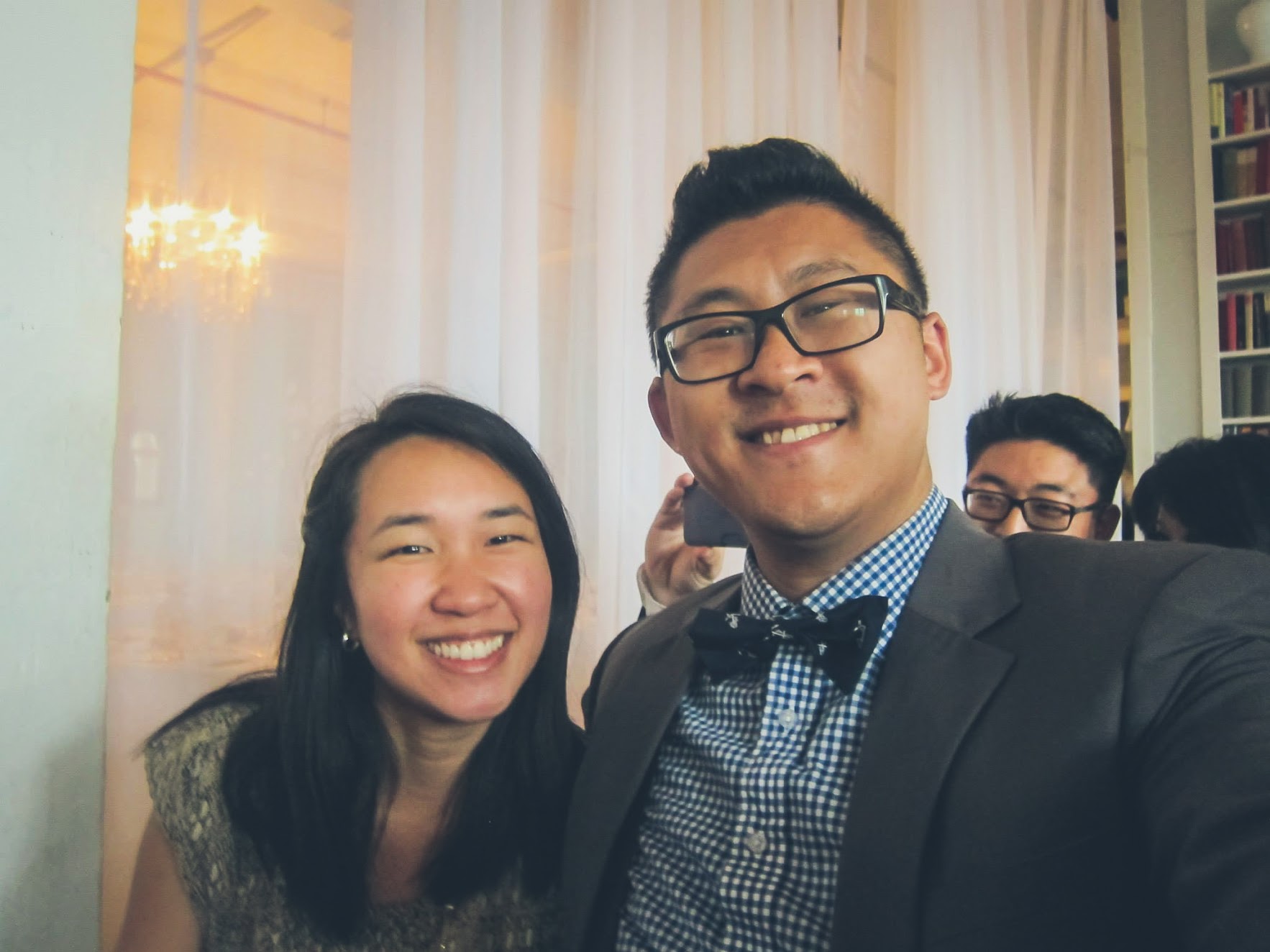 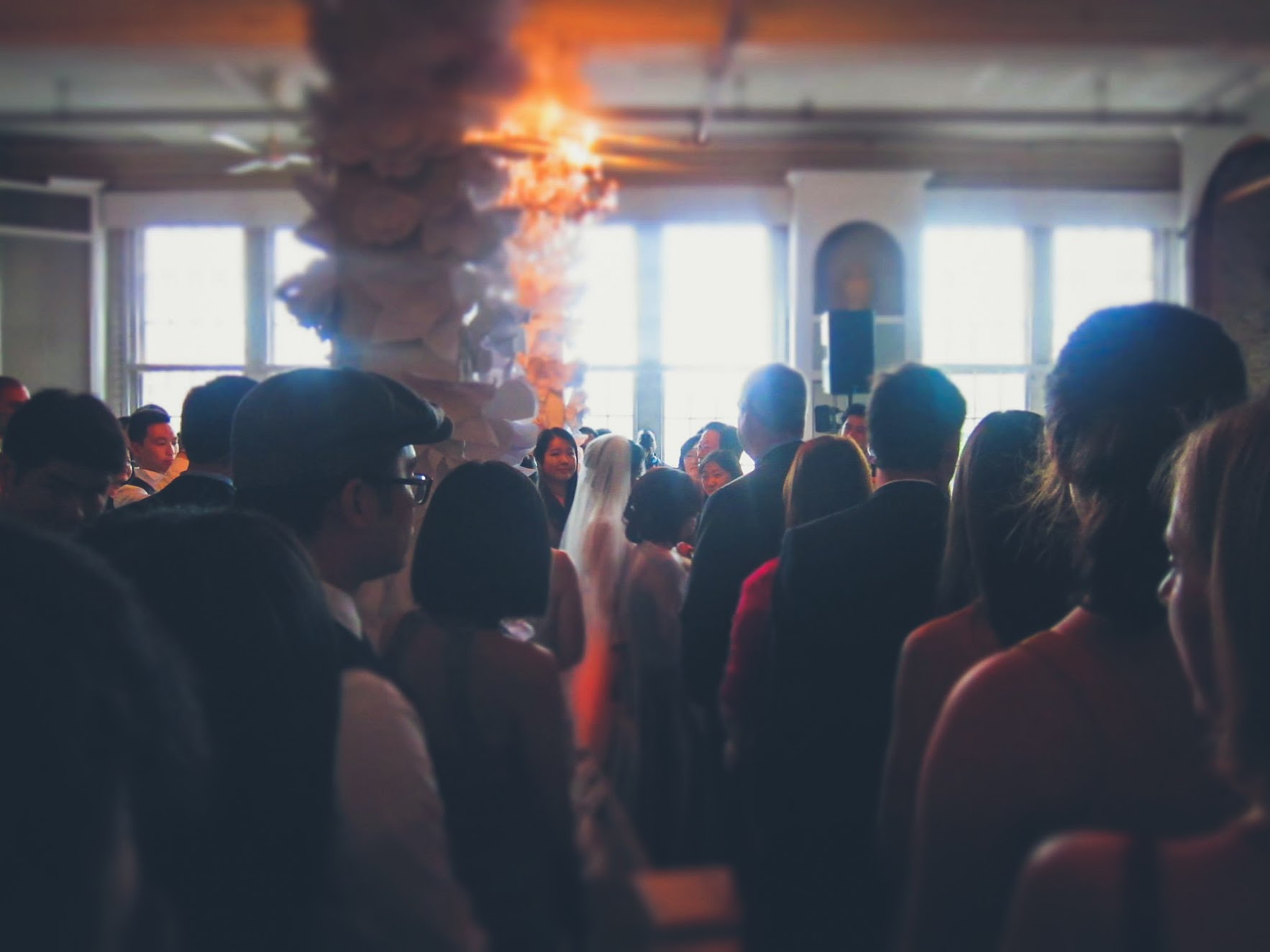 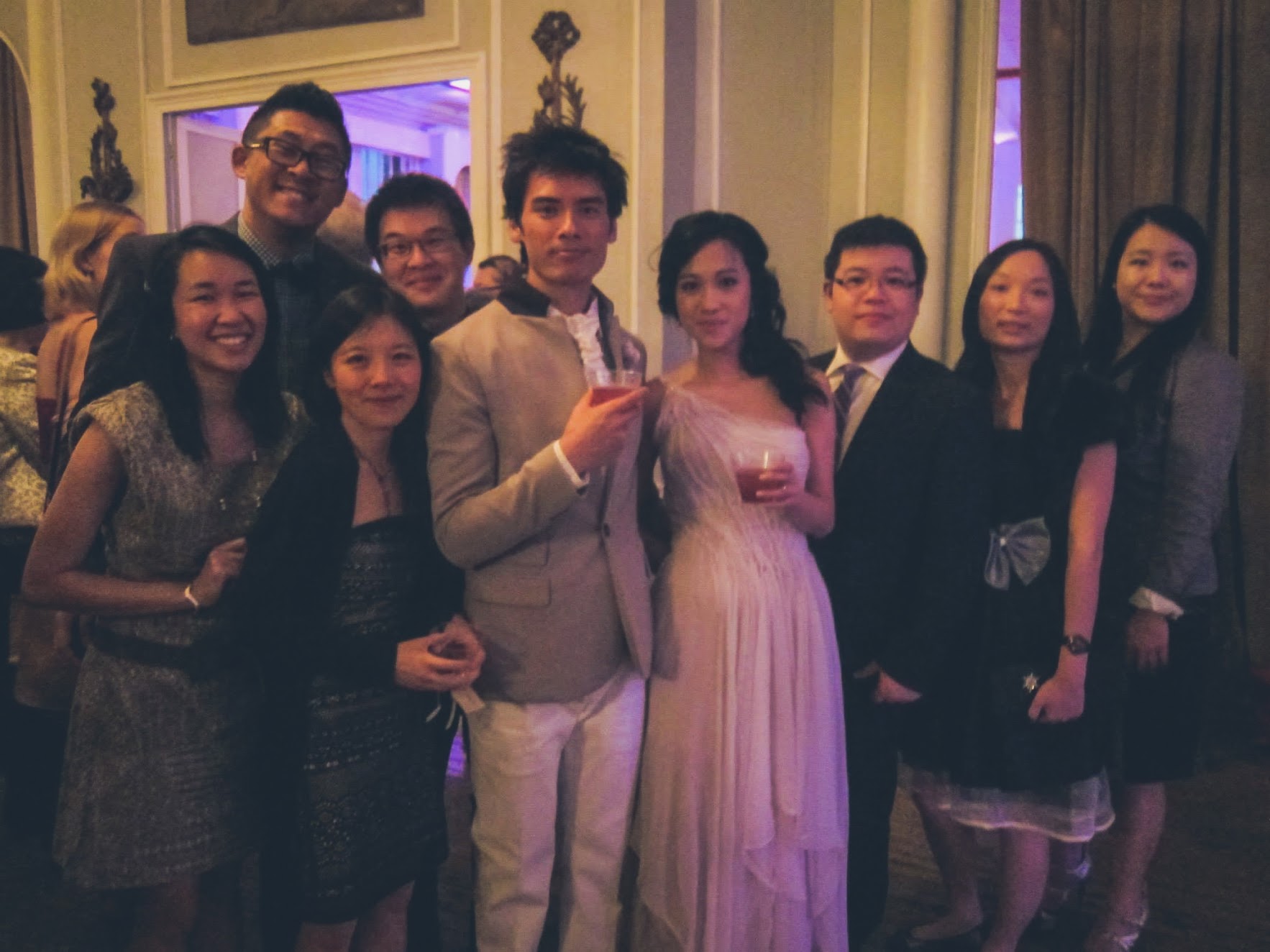 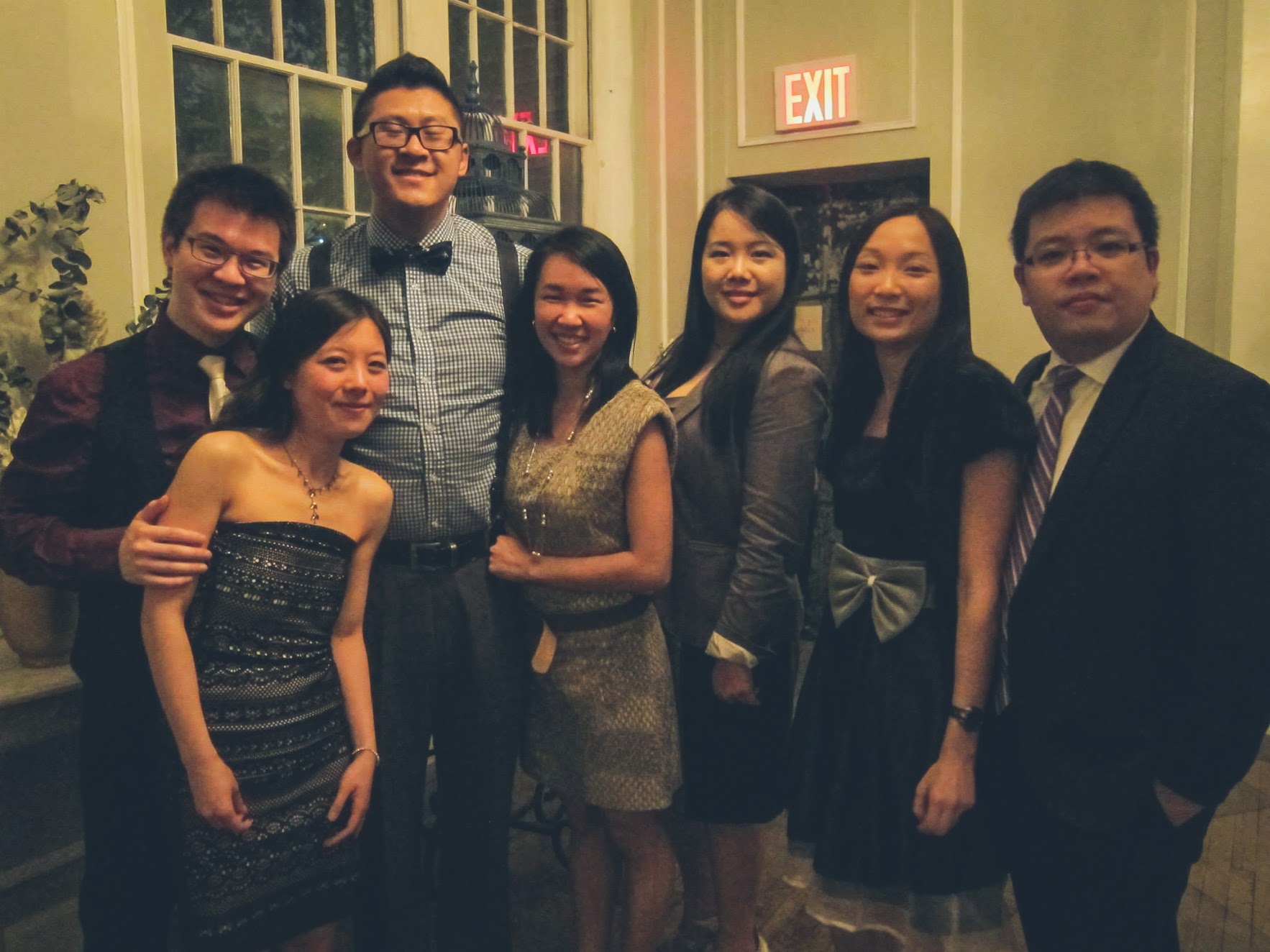 I knew Angela from my church back home in Toronto, though she had been living and working in New York since before I even moved to Hong Kong.  There would be a few other friends from back home attending the wedding as well, so I was quite looking forward to the evening.  The skies had darkened by the time we headed out of the apartment, and the wind and rain began to pick up as we took the train across the East River to Queens.  It would be a late afternoon wedding, and the wet weather outside only seemed to enhance the vintage/fairy tale vibe of the venue and the ceremony.  I saw familiar faces in the crowd, and I was glad to be able to catch up with childhood friends over dinner afterwards.  It had been a packed week in New York, however, full of exploring, eating, and friends, and I was aching for some down time to recharge my sputtering social engines.  After the wedding, we returned to Sunny’s quiet apartment for one last night, before getting up bright and early the next morning.  There would be another wedding the next day, and we needed to catch the bus to the scene of Ashley’s formative adult years – Boston. 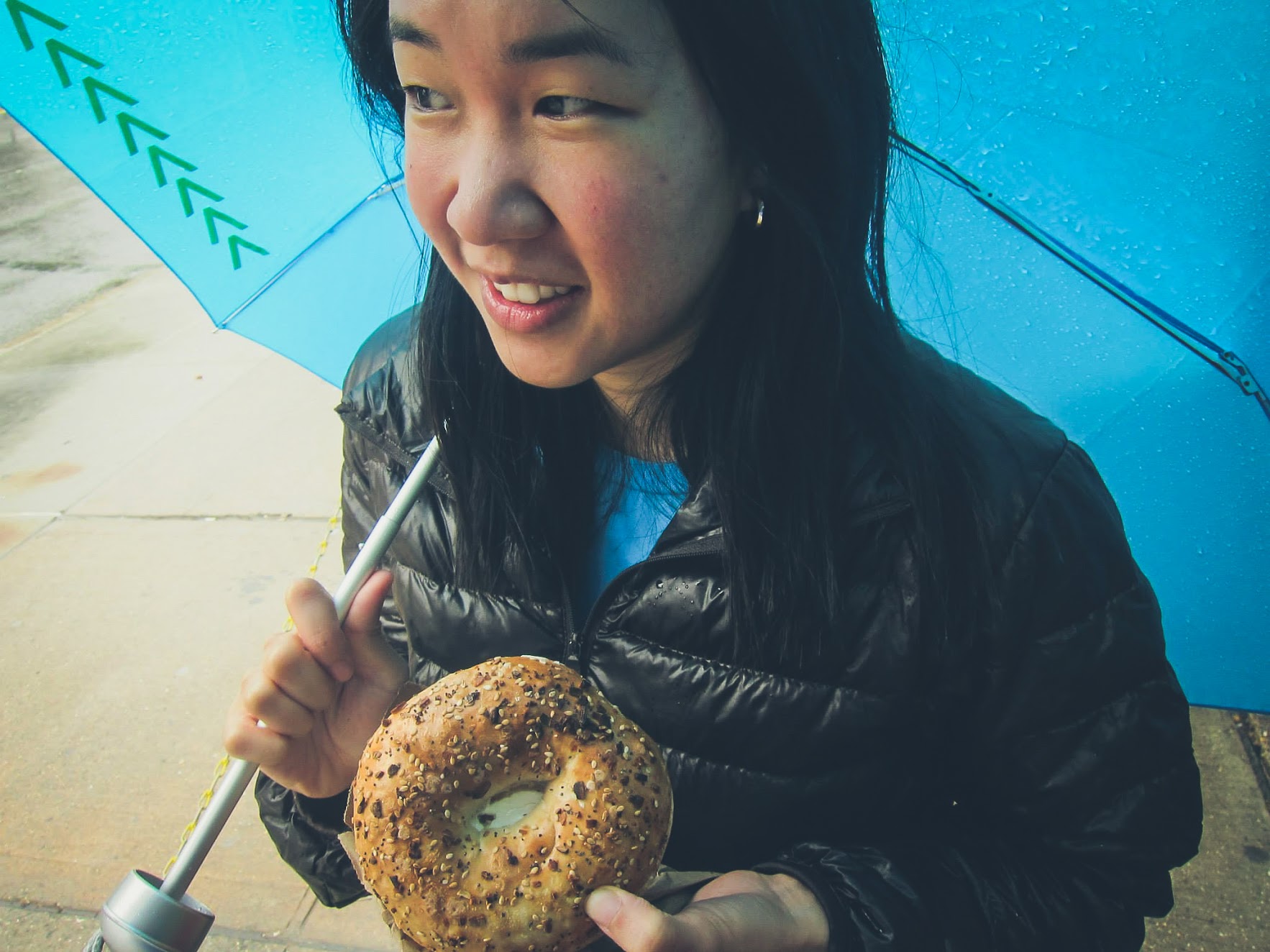