Bike-a-thon: Let’s Do It Again

After completing the bike-a-thon in Taiwan in the spring of 2013, I had no intentions of doing another one. The experience was memorable and I came away with a very real sense of accomplishment, but I did not enjoy the months of early morning training on the weekends, and I really wasn’t in the mood to climb any hills in the near future. So when the organizers announced that they would be putting together another biking trip in the spring of 2014, I was ready to give it a pass and move on. In conversations with the guys that went the previous year, however, there seemed to be a general interest in giving it another go, especially since the planned route this time around would be along the sunny southern coast of Taiwan. The clincher was Ashley expressing interest in taking part in the ride as well. Thus initiated several weeks worth of early morning rides along far-flung highways and mountain roads in the New Territories of Hong Kong, an experience I anticipated with great dread every weekend. Finally, on April 30, a week-and-a-half after coming back from Kuching, myself, Ashley, Derek, Will, Alex, and Vikki flew across the Taiwan Strait to the southern metropolis of Kaohsiung. 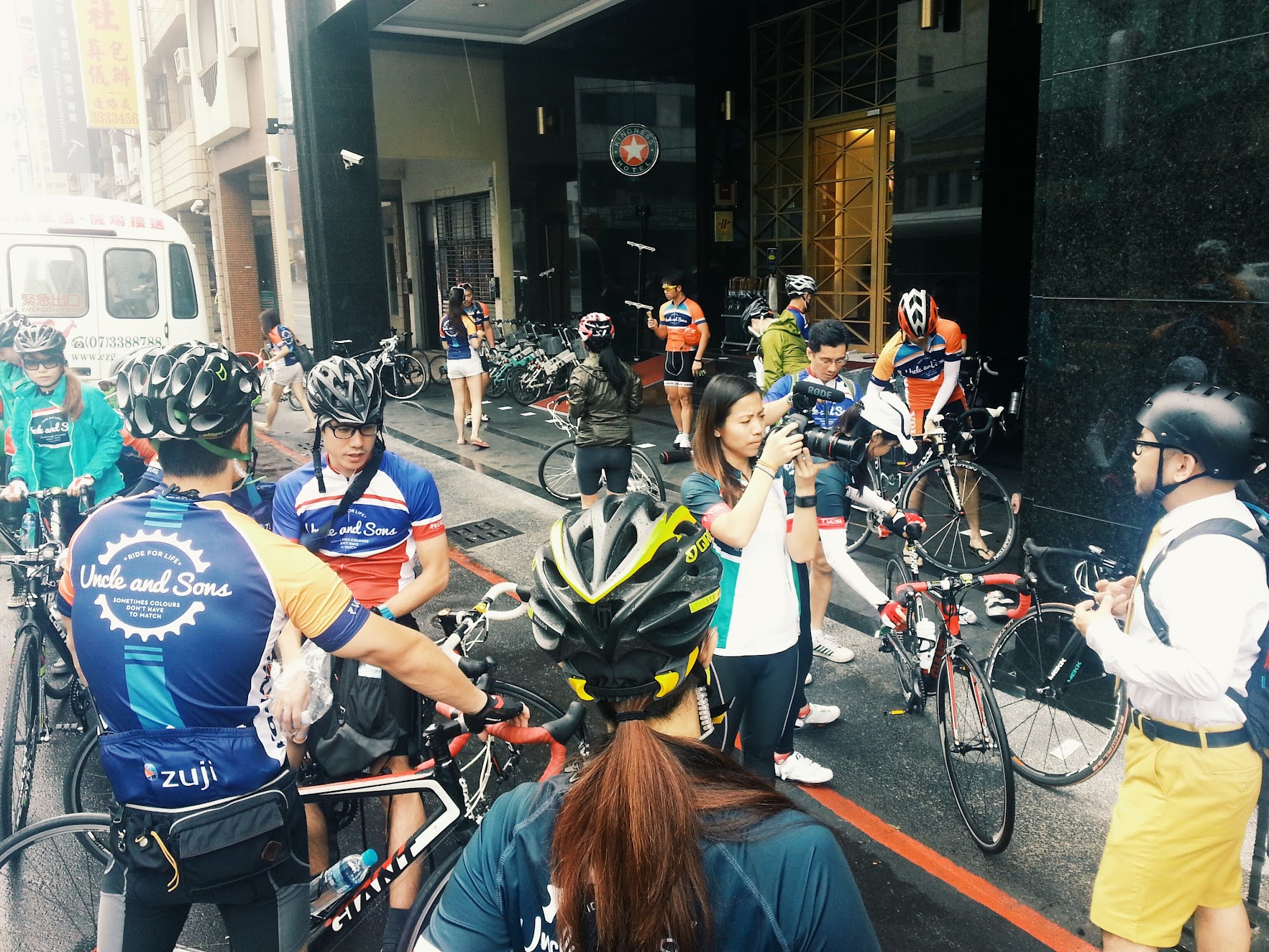 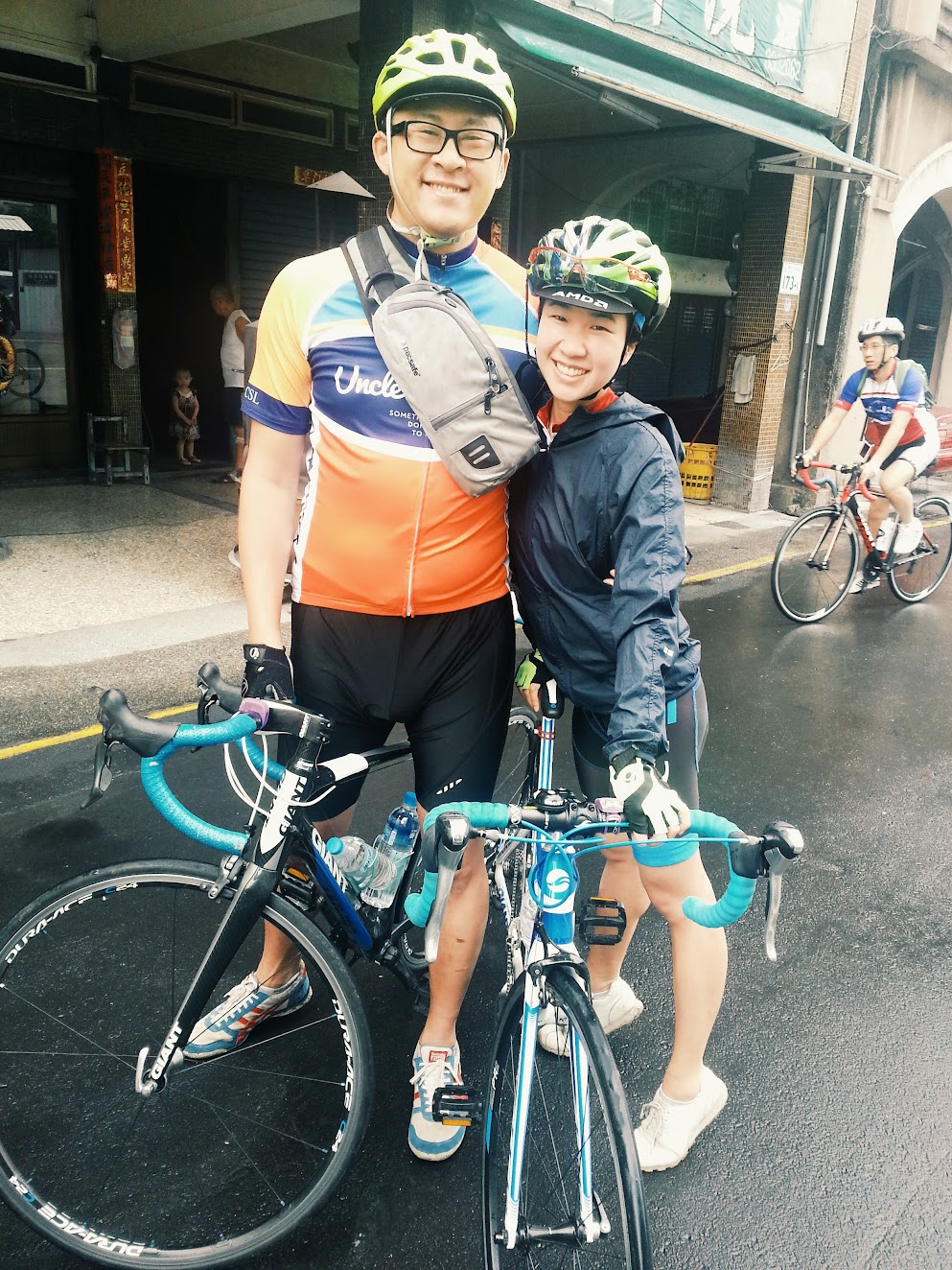 Our flight arrived in the evening, and we headed straight to the hotel where we would be spending the night. We awoke the next morning to overcast skies, trudging out into the morning chill after breakfast to collect our bikes and prepare them for the long journey ahead. Like last year, the riders were split into three teams, and we gathered in groups to go over general safety tips, hand signals, and the route for the day. We took one last group picture in front of the hotel, and then we were off. Most of the morning was spent getting out of the city limits, cycling past office towers, residential neighbourhoods, parkland, and, finally, the industrial buildings on the margins of Kaohsiung. With the crossing of the final bridge out of the city, we entered the coastal countryside of southern Taiwan. 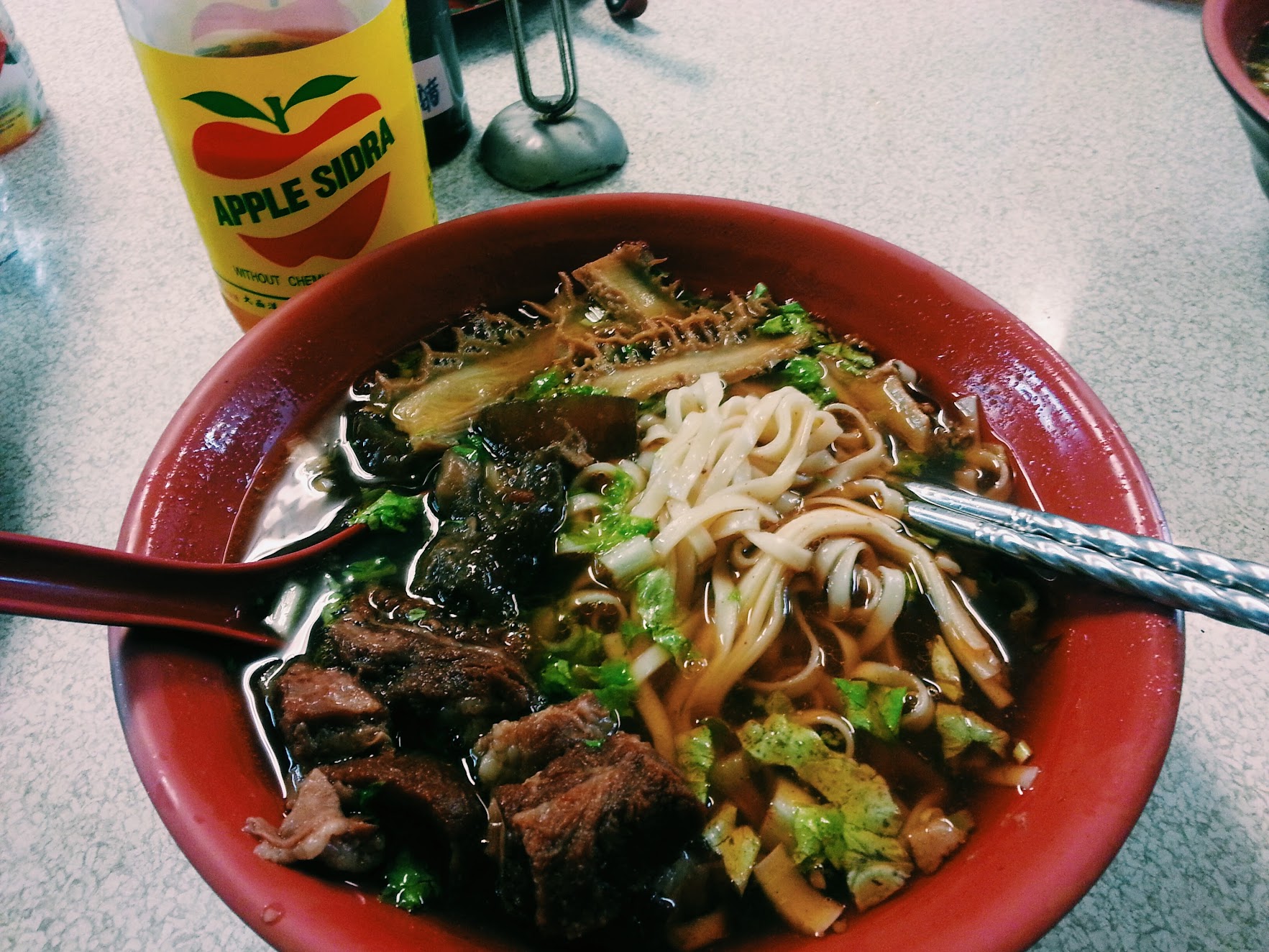 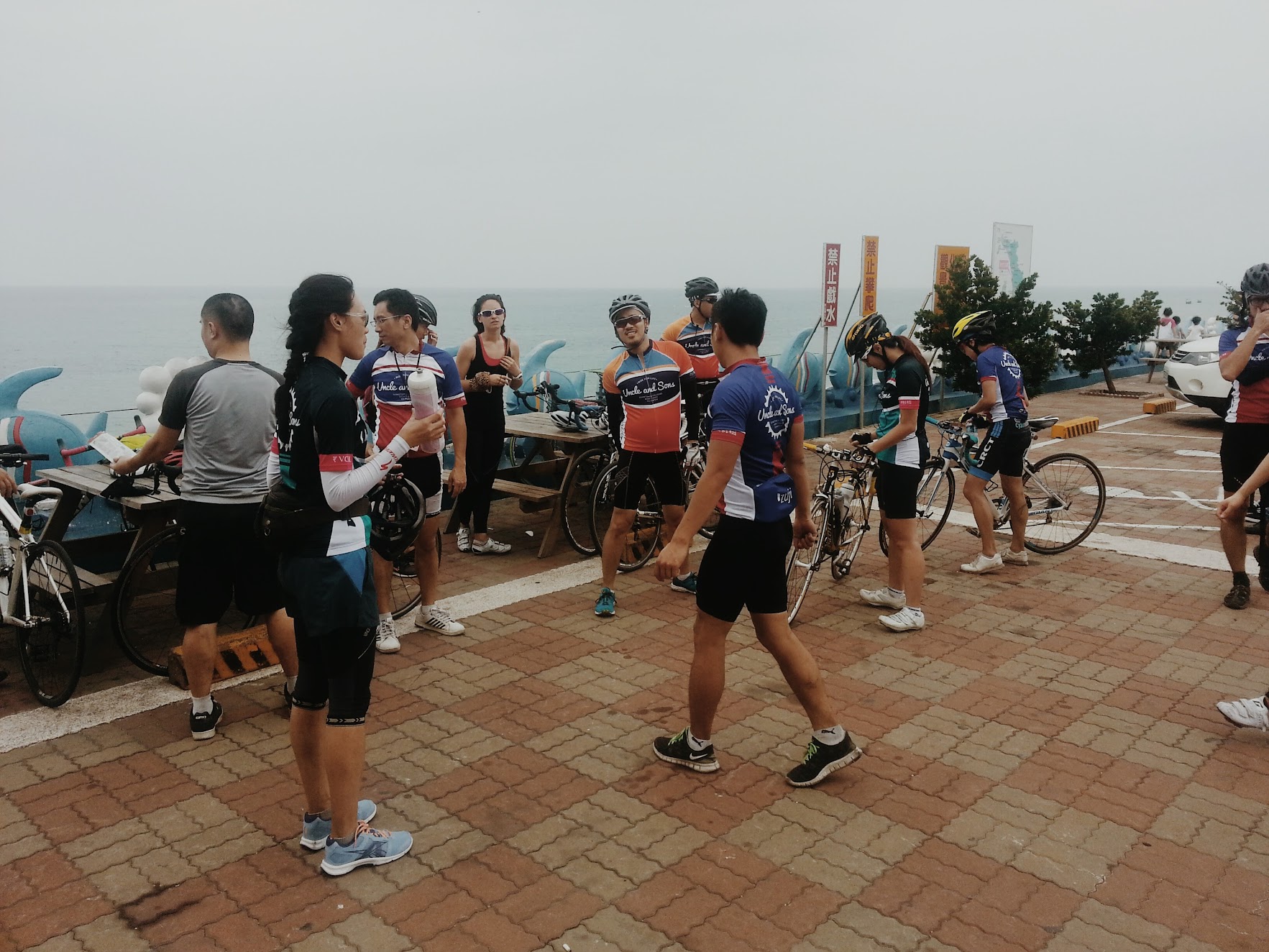 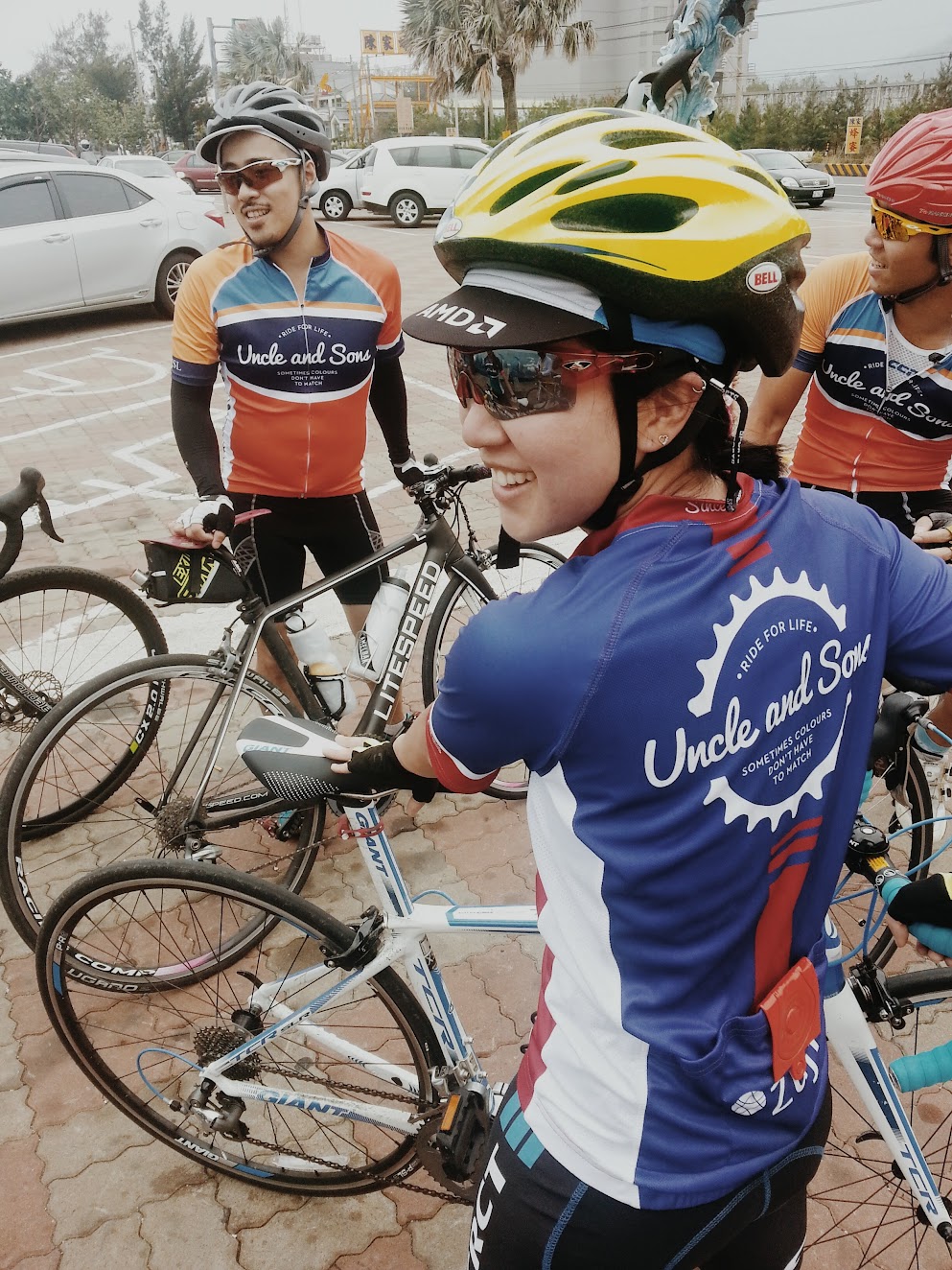 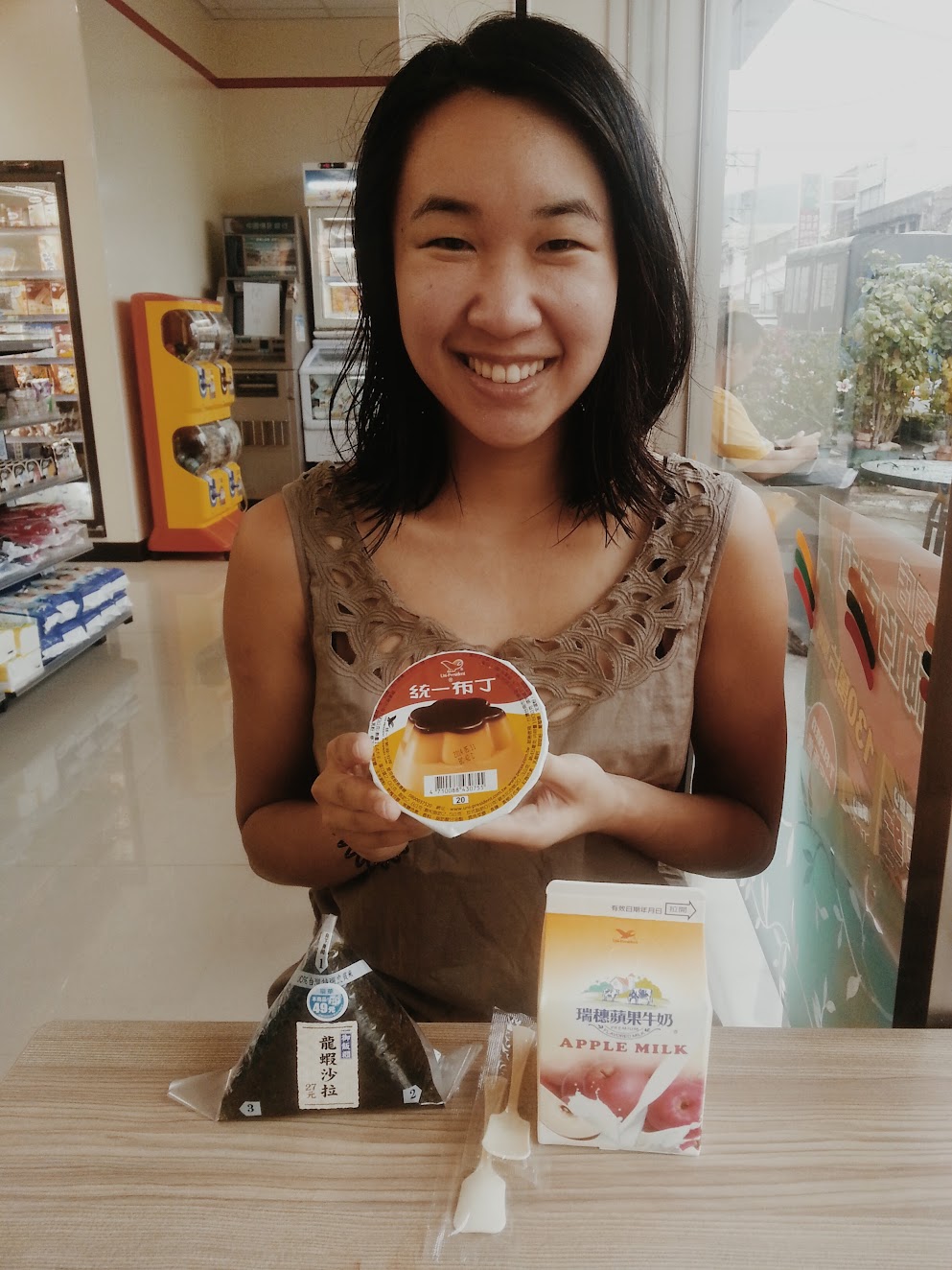 The Monotony of the Highway

After lunch, a hearty meal of beef noodles and Apple Sidra, we hit the coastal highway, a long, monotonous stretch of pavement running alongside the water’s edge. In some ways, this almost required more focus than a challenging climb, as it was easy to underestimate how tiring it can be to maintain a pace for kilometre after kilometre. I rode behind Ashley to offer whatever moral and practical support I could, but the first day of riding can often be the most frustrating. As for myself, I was pleasantly surprised at how well I was doing. Throughout the practices and training rides, my heart honestly wasn’t into it all the time, and I knew from the previous year’s bike-a-thon that they wouldn’t compare to the real thing. So when we were well into the day’s ride and I was still feeling fresh and full of energy, I really appreciated and felt the gains from my previous experiences. In the late afternoon, we finally turned off of the highway and headed inland, making our way through smaller roads to reach an inn nestled into the foothills of the interior mountains. It had been a tough and frustrating day for many of the first-timers, a feeling I knew all too well. From my past experiences though, I also knew it got better. 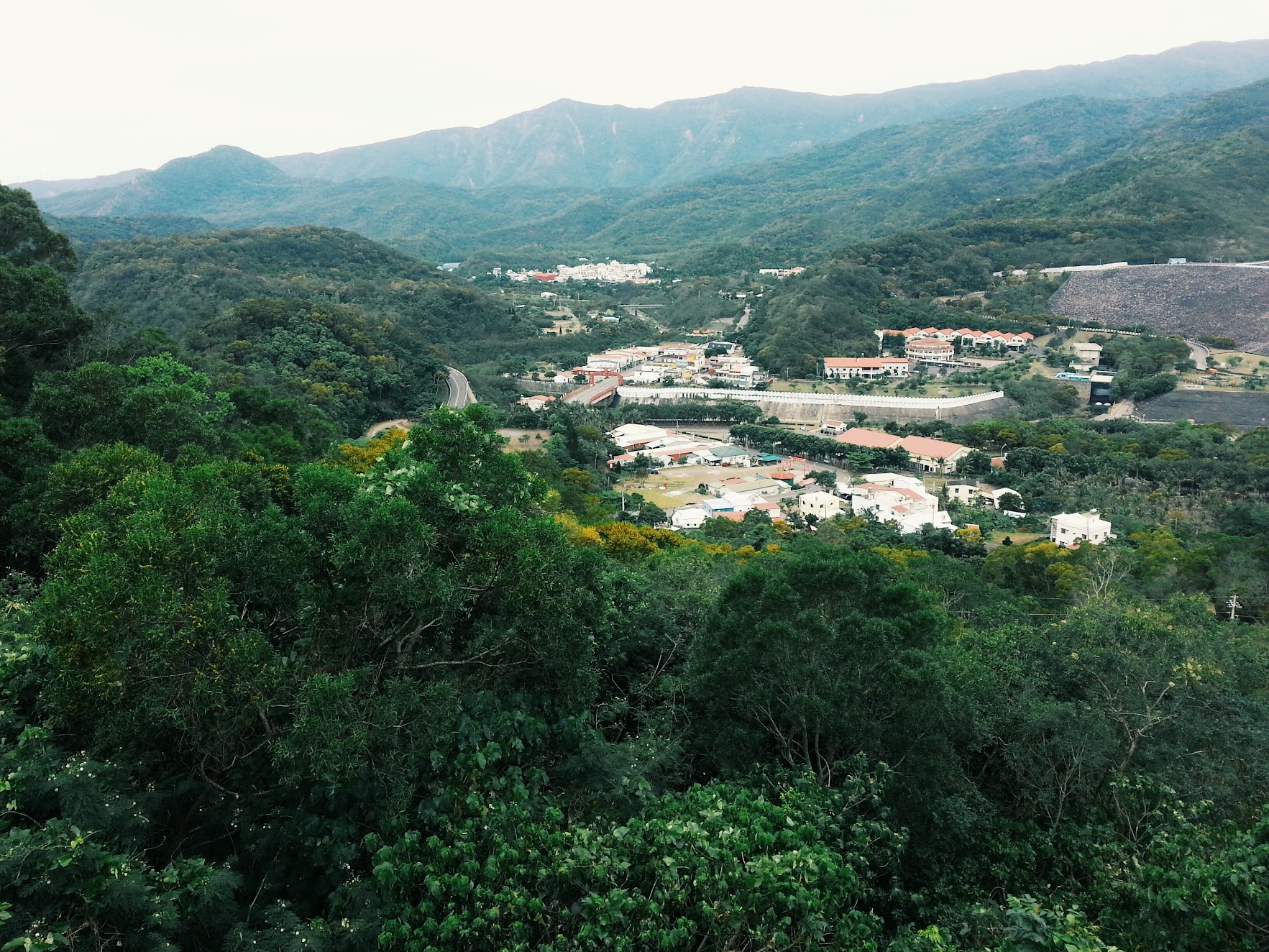 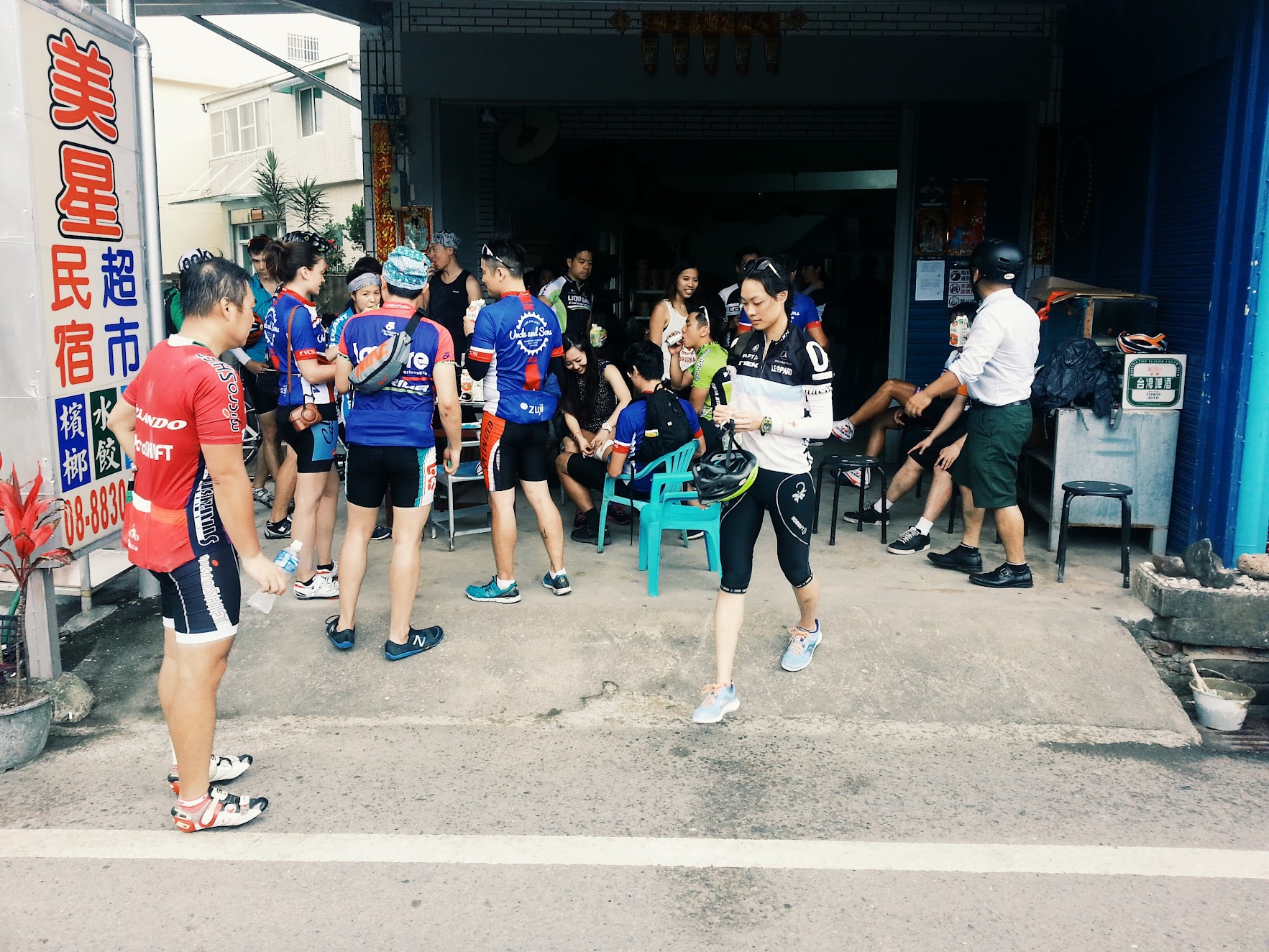 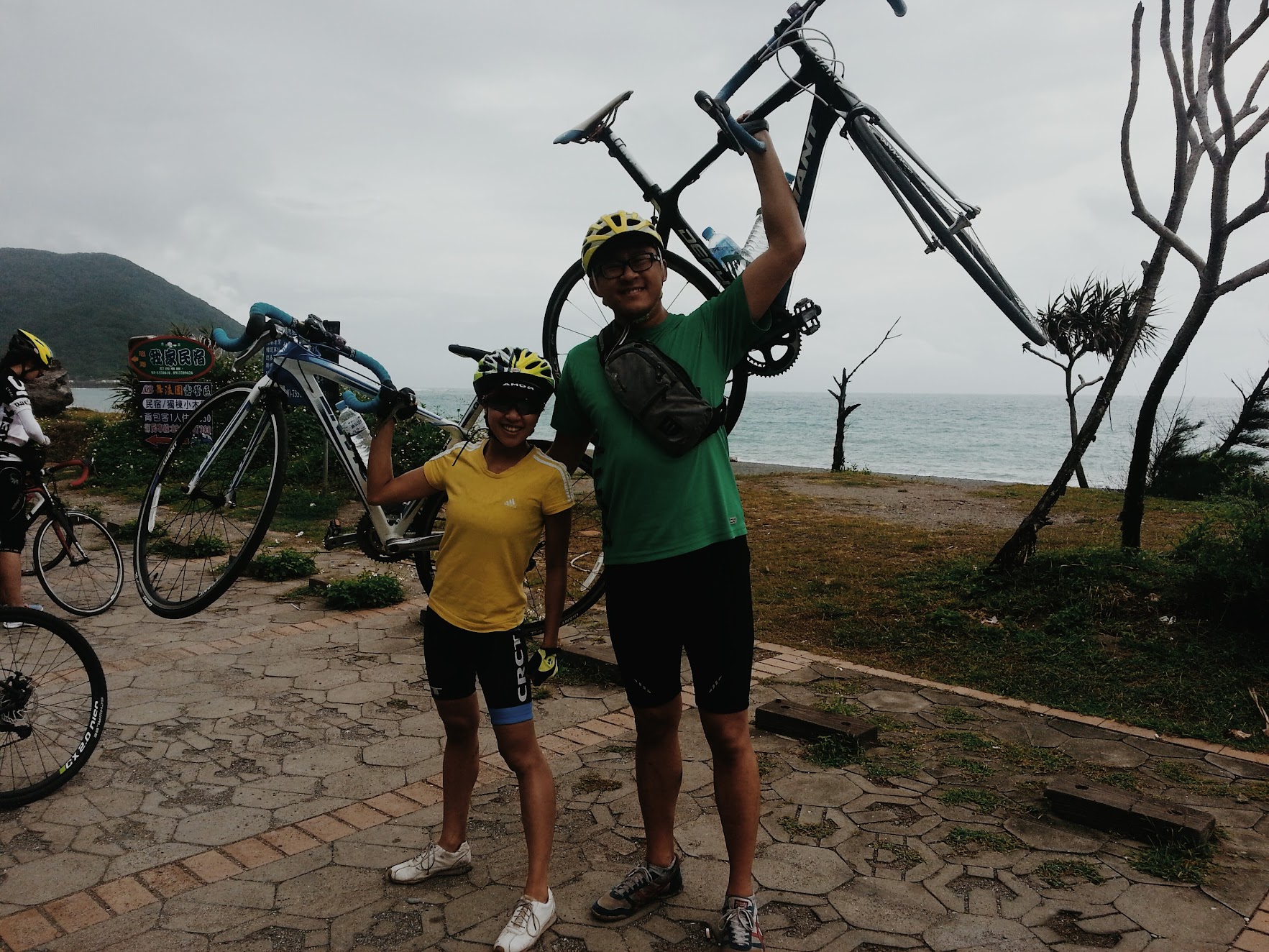 On our second day, we began our climb in earnest. The route would take us over the mountains until we reached the opposite coast, before turning south and ending at the beach town of Kenting. Like the previous year, I started strong and powered my way up the first few hills with relative ease. I then settled into a much slower rhythm, and was subsequently passed by almost everyone, including Ashley. For much of the day, I climbed the hills on my own, slow and steady-like, and I don’t think I saw anyone after the first hour of biking until I saw a group of riders parking their bikes at a dumpling shop for lunch. Ashley was in a much better mood after the climb, the glow of accomplishment emanating from her tired smile. We feasted on endless dumplings together, and then we re-mounted our bikes and powered through the last few hills and valleys. It was mostly downhill from there to the coast, and after making our way along the busy roads into the popular beachside town, we climbed up one last incline to reach our holiday home for the next two days. 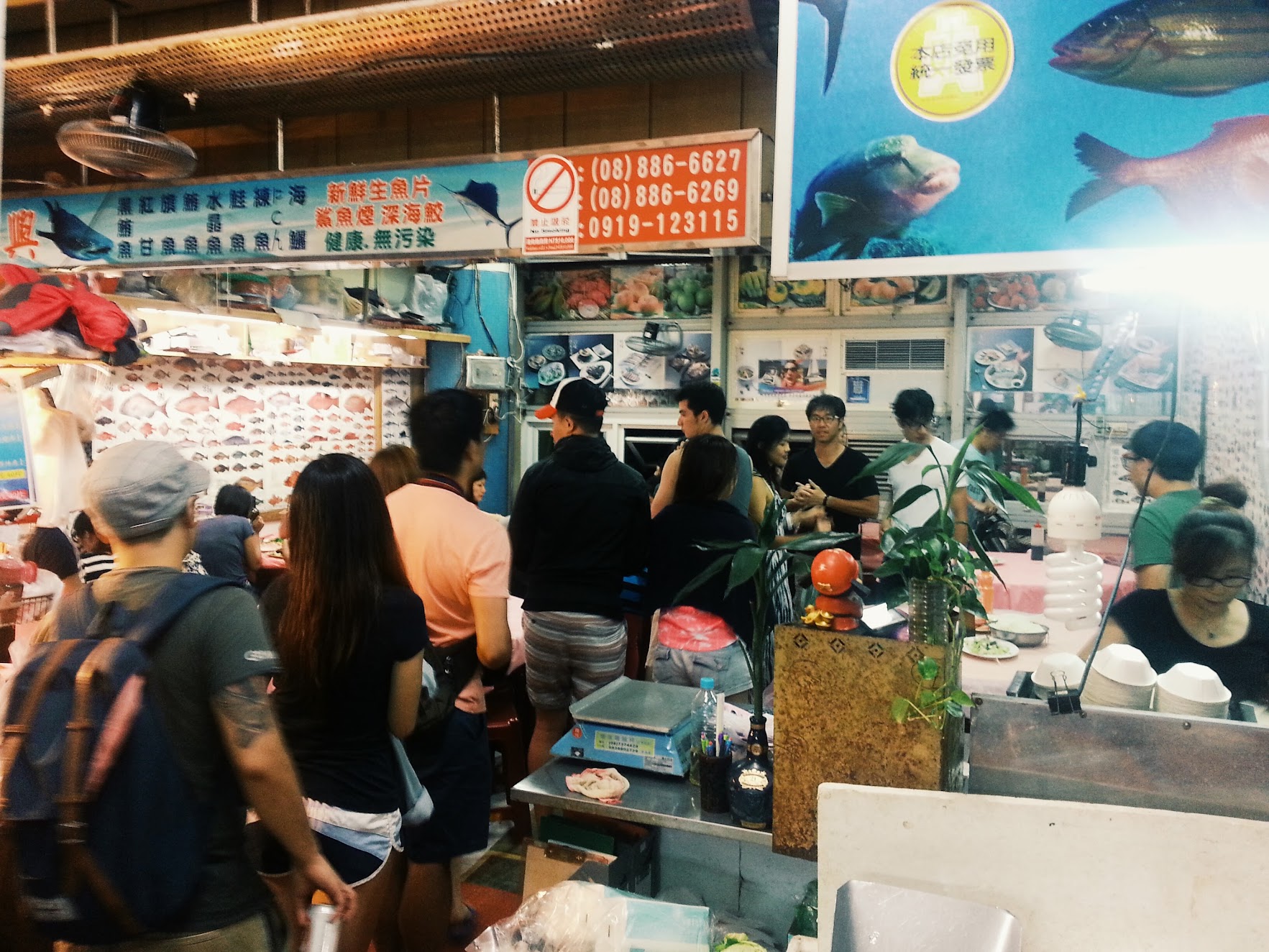 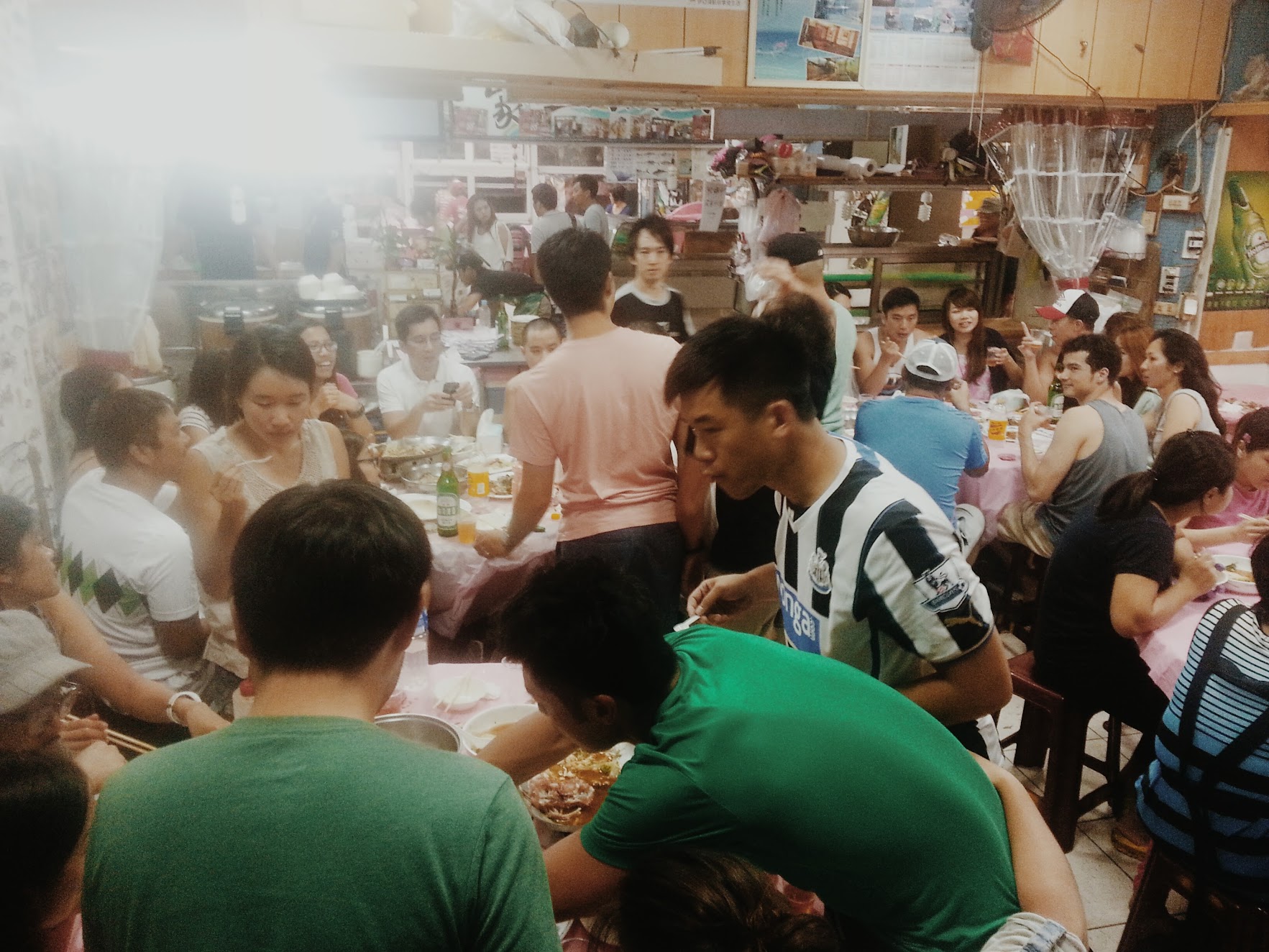 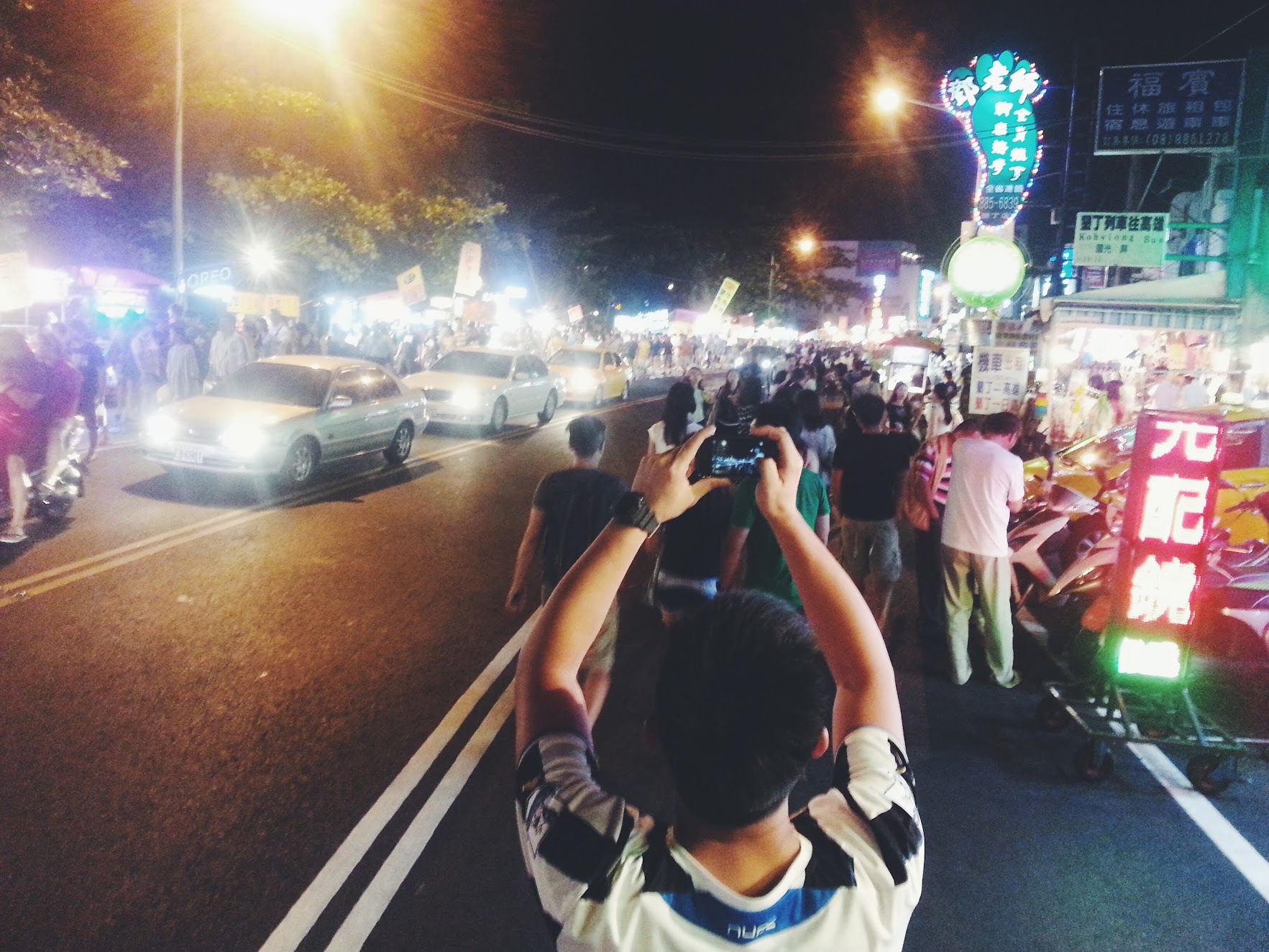 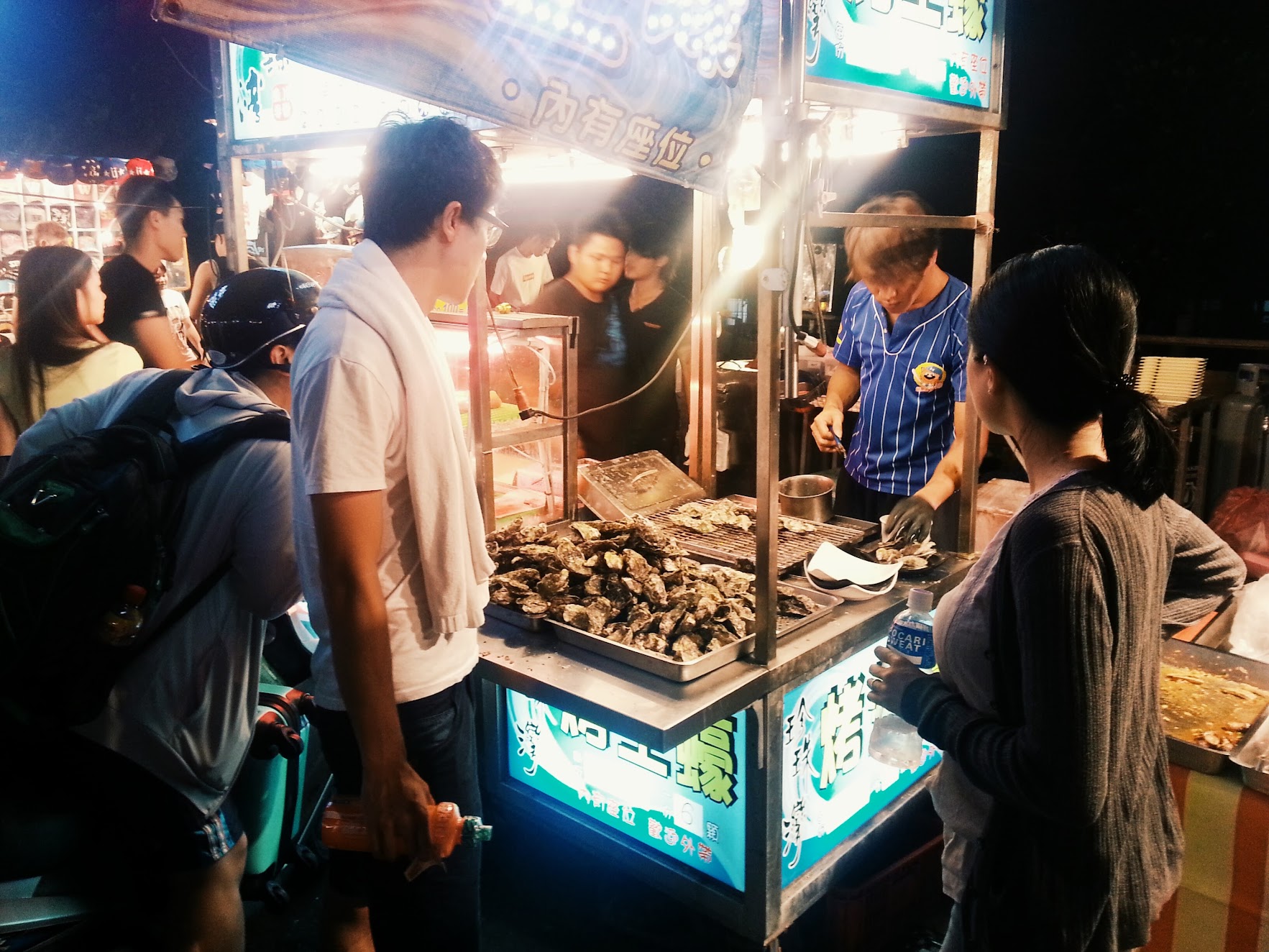 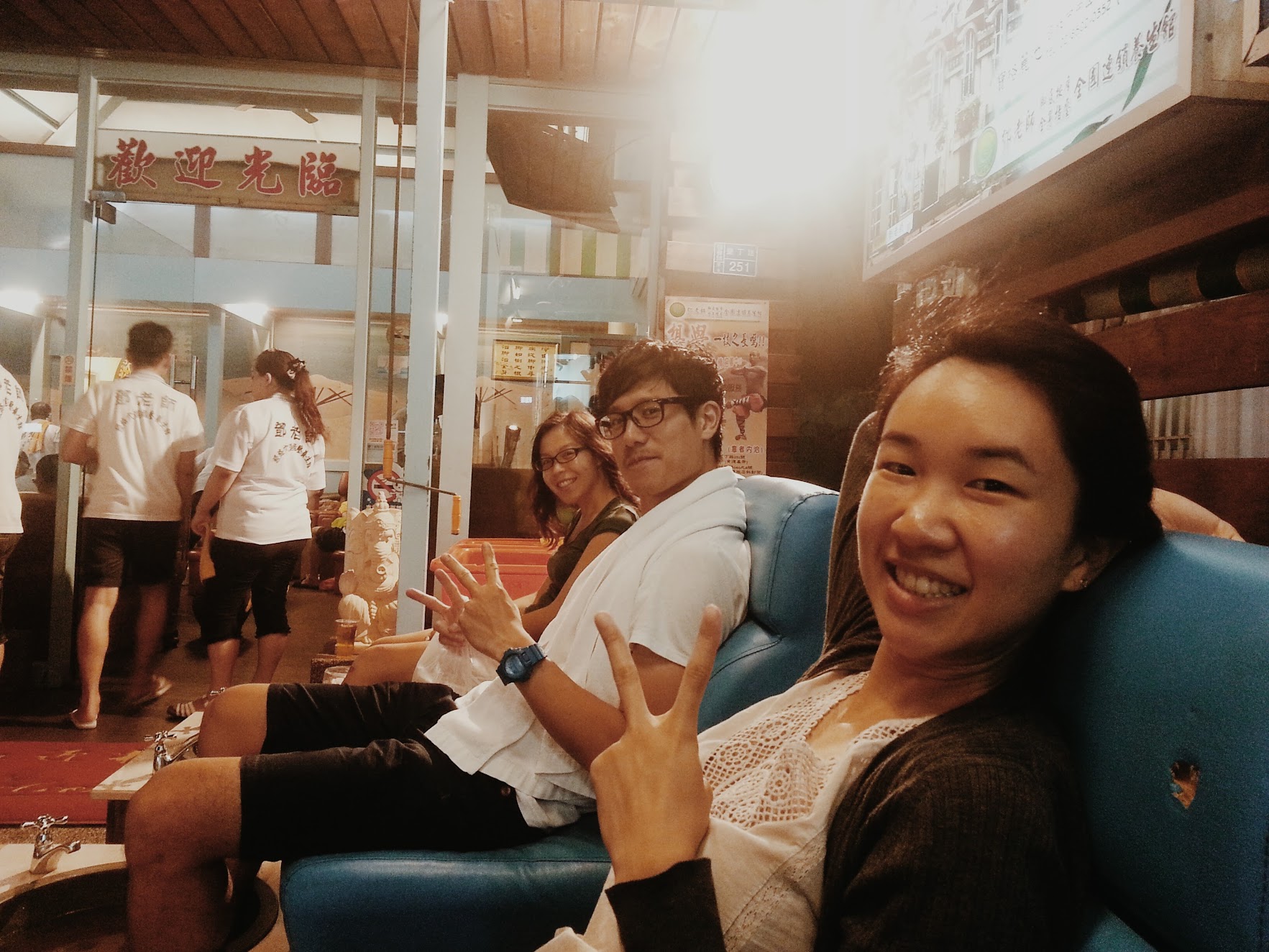 Kenting is a national park on the southernmost point of Taiwan, and it is famous in the region for its tropical weather, beautiful beaches, mountain landscapes, and laid-back atmosphere. The town of Hengchun is where most of the hotels and restaurants can be found, although most people just refer to the entire area as Kenting. After settling in to our rooms and washing the accumulated dirt and dust from our tired bodies, we grabbed dinner at a local seafood market. The food was amazing and fresh, but we somehow found enough room to go eat at the night market afterwards. When we had had our fill, we collapsed into the premises of an outdoor massage venue, where we subjected ourselves to agonizing foot and leg massages. There was an indoor section as well, and we could hear our other teammates writhing and yelling in pain as they received the same treatment inside. 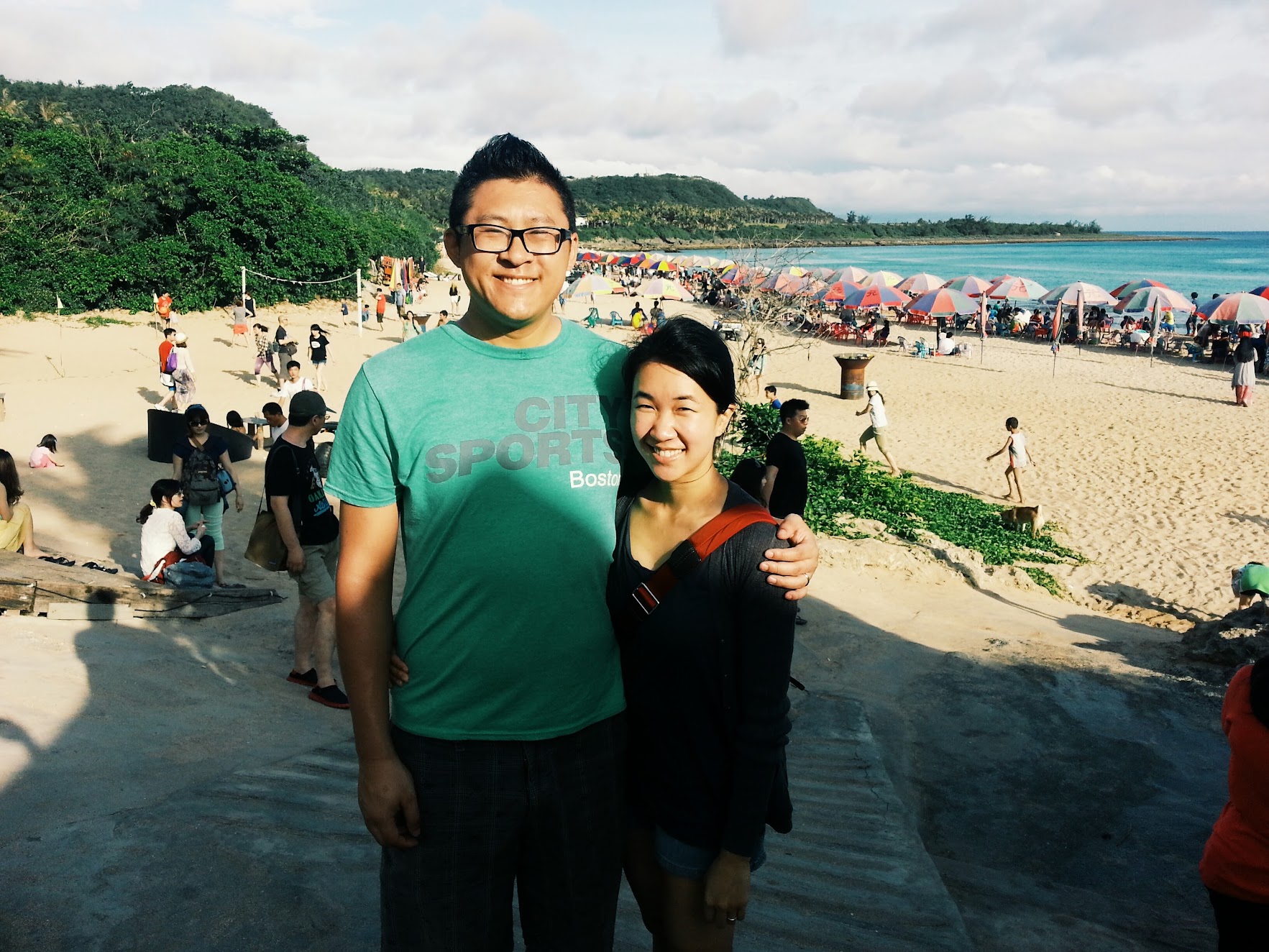 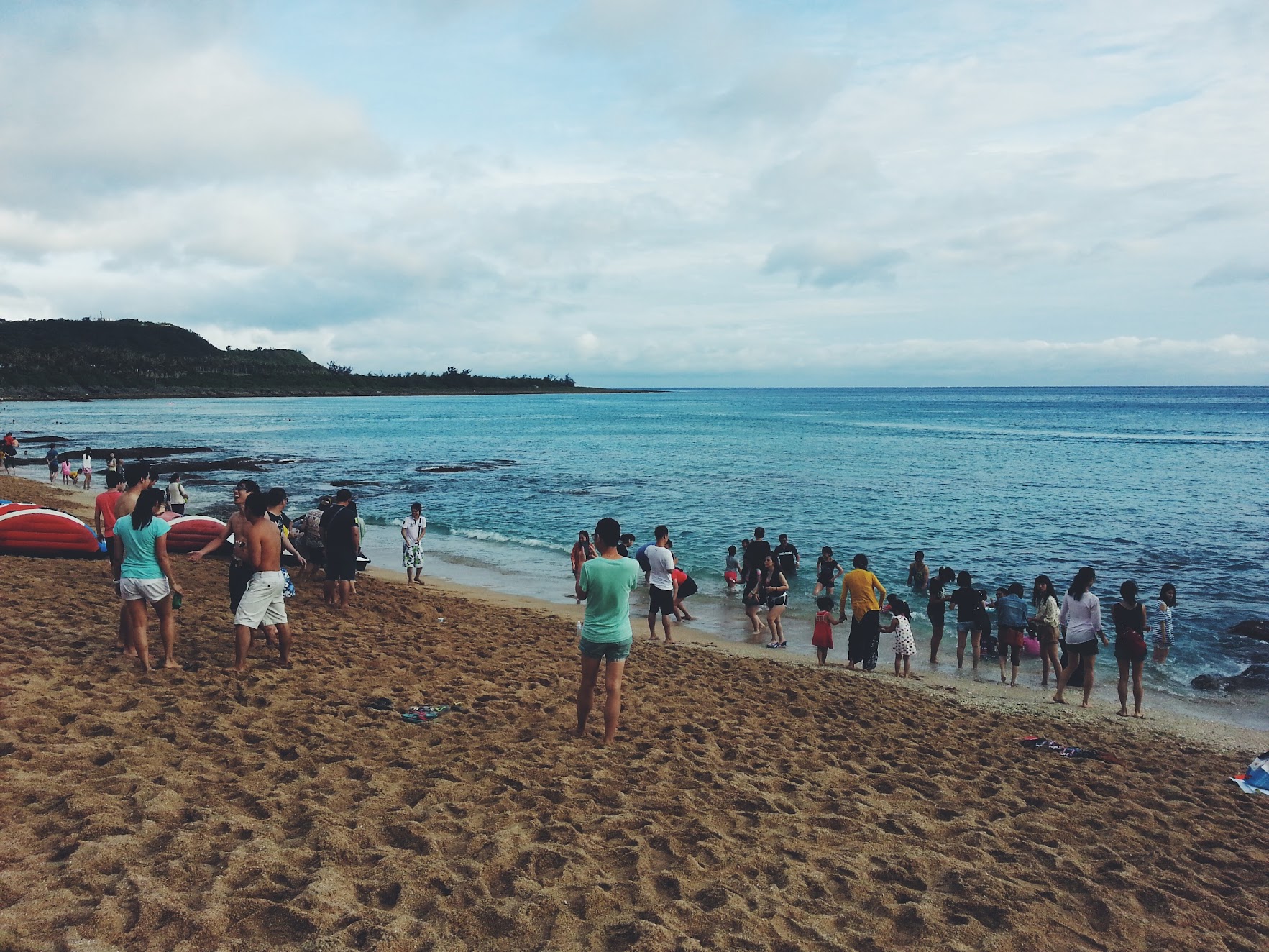 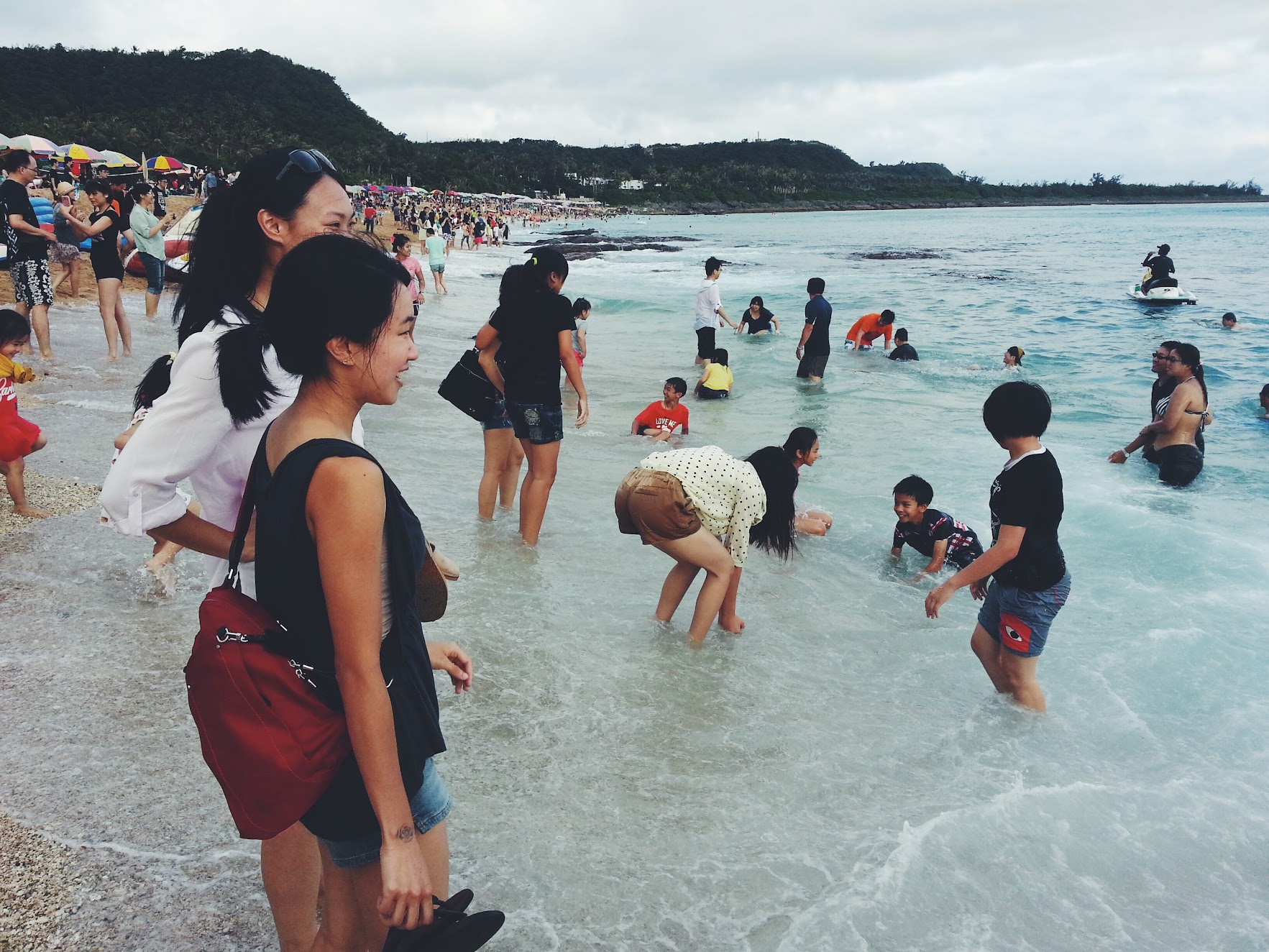 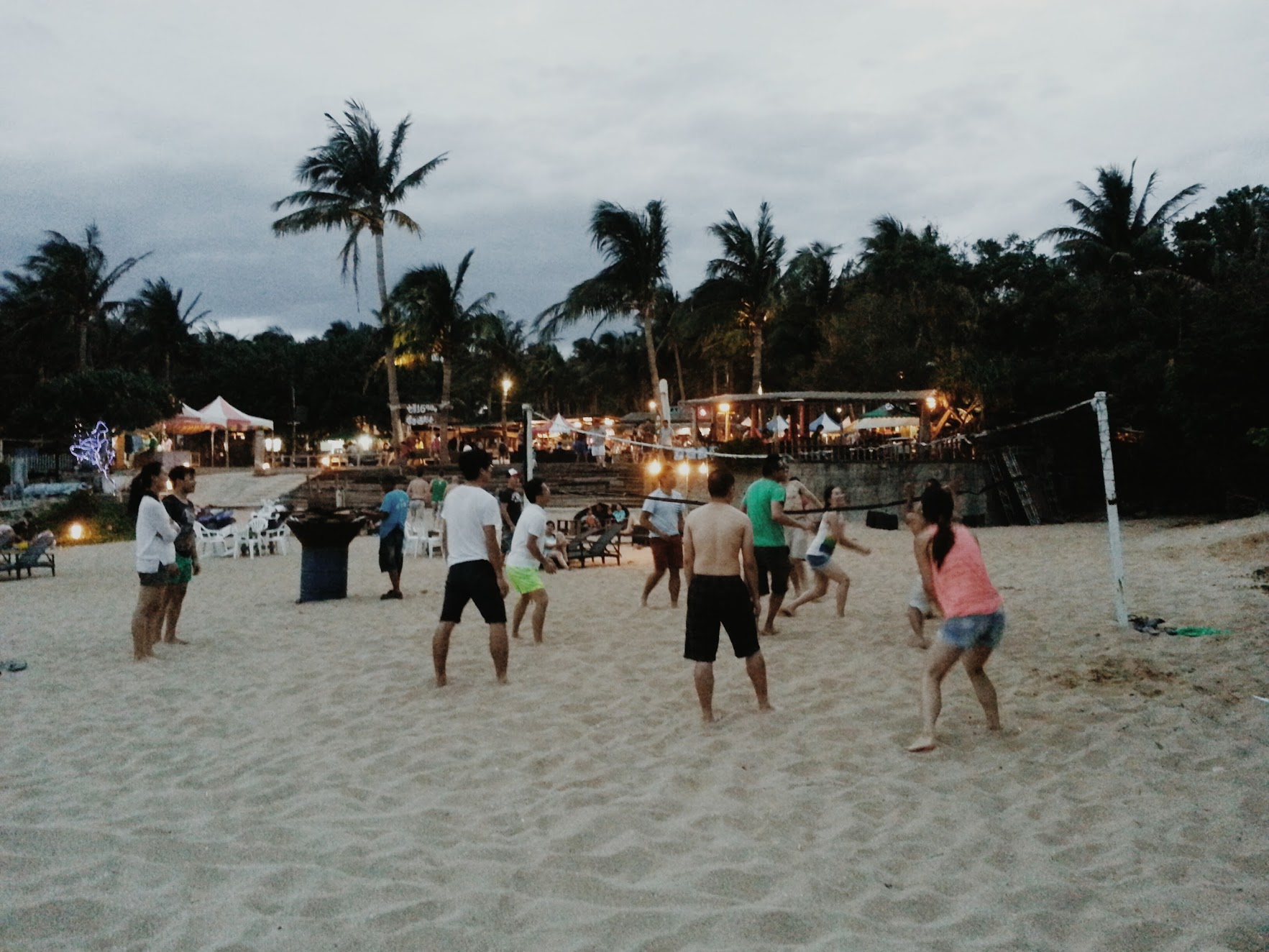 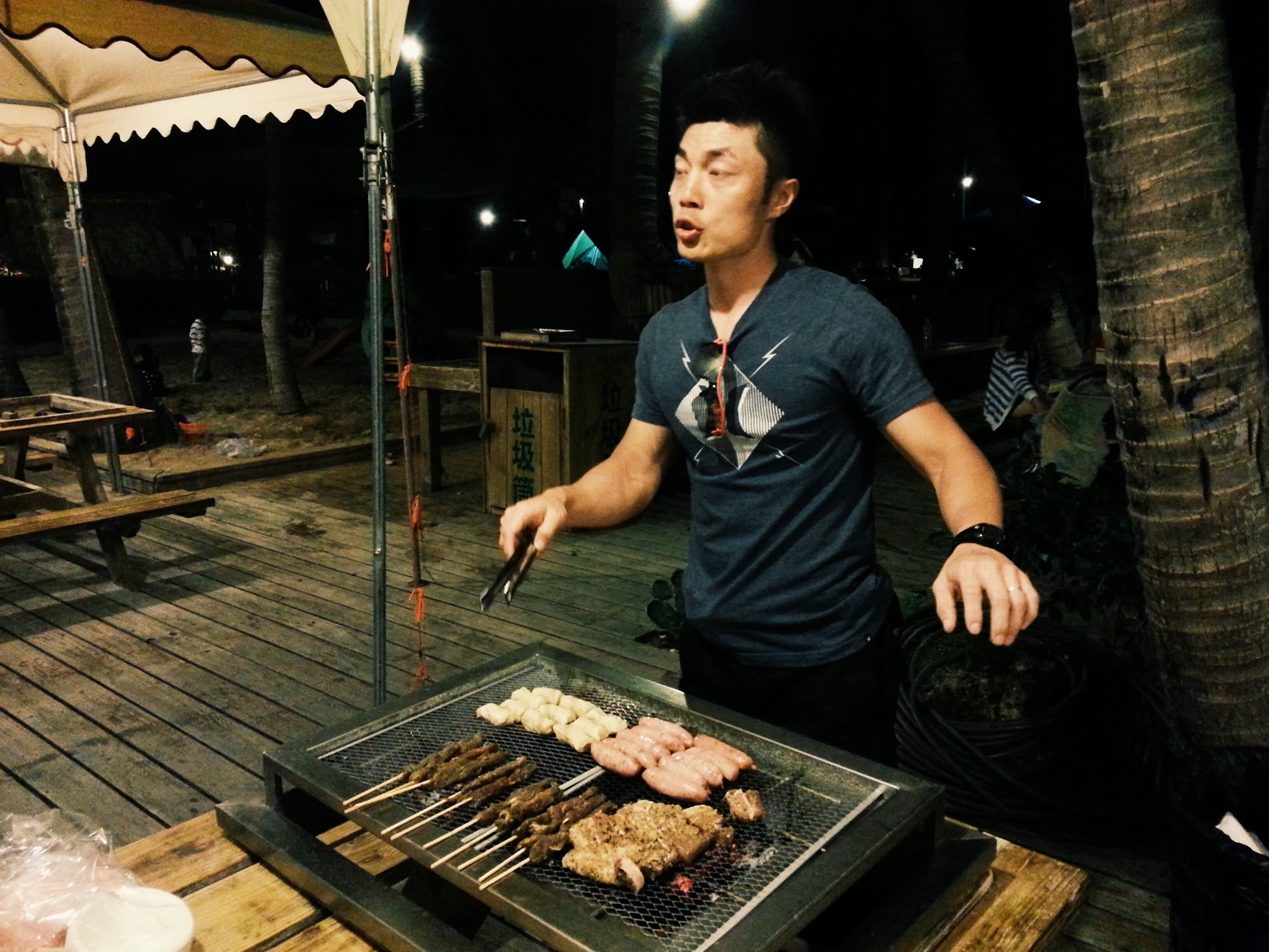 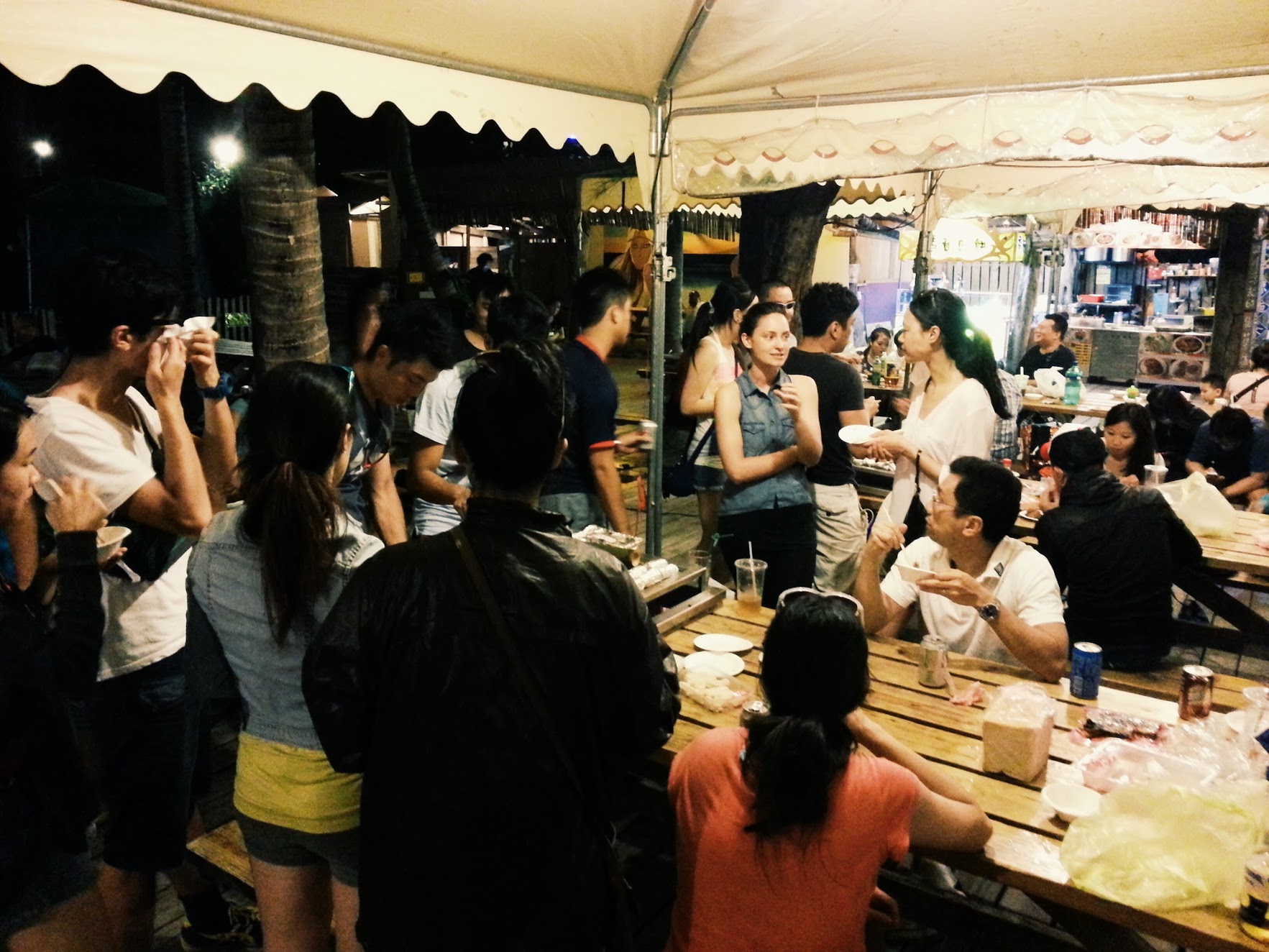 The Day of Rest

And on the third day, we rested. Kenting has a reputation as a beach holiday destination, and we wanted to get our well-deserved beach holiday. Baisha Beach is relatively well-known, but it’s a bit out of the way so it’s not as crowded as some of the other beaches closer to town. At least, that’s what people say. It was quite crowded the afternoon that we were there, though that didn’t detract from the holiday atmosphere. Having that day off on the beach was a great way to rest and heal our bodies from the rigours of the previous days’ biking, and it went a long way in increasing camaraderie and a sense of community among the riders. In the late afternoon, we grabbed a free beach volleyball court and got a good game going, before gathering on the wooden deck at the back of the beach for a team barbecue. We went to bed that night, well rested and full of delicious meats, getting in as much sleep as we could before our final day of riding. 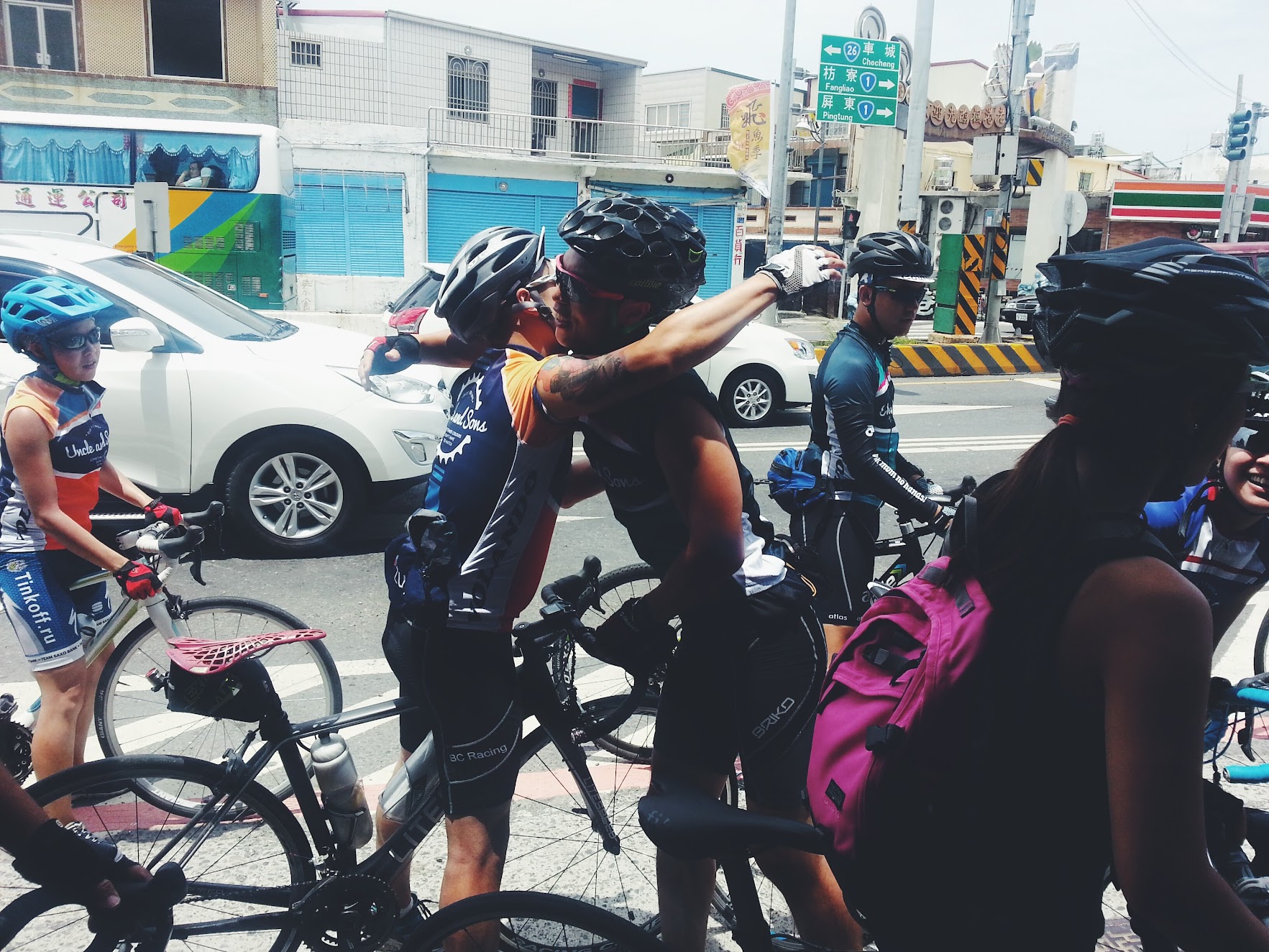 On the fourth day, we turned our bikes around and headed back north, towards Kaohsiung and the finish line. By now, everyone, including the first-timers, was accustomed to their bikes and the long distances, and I think most of us found the ride a bit uneventful, if not boring. We set a good pace and counted down the kilometres with ease, and, with just a straight highway in front of us, we were making pretty good time. Just before lunch, we said our goodbyes to one of the more experienced riders, Hillman, who would take a different road and spend the next week circumnavigating the entire island on his bike. He was doing it in memory of his father, who had taken part in the bike-a-thon in 2013, and who had lost his life in a biking accident just a little over a month later. 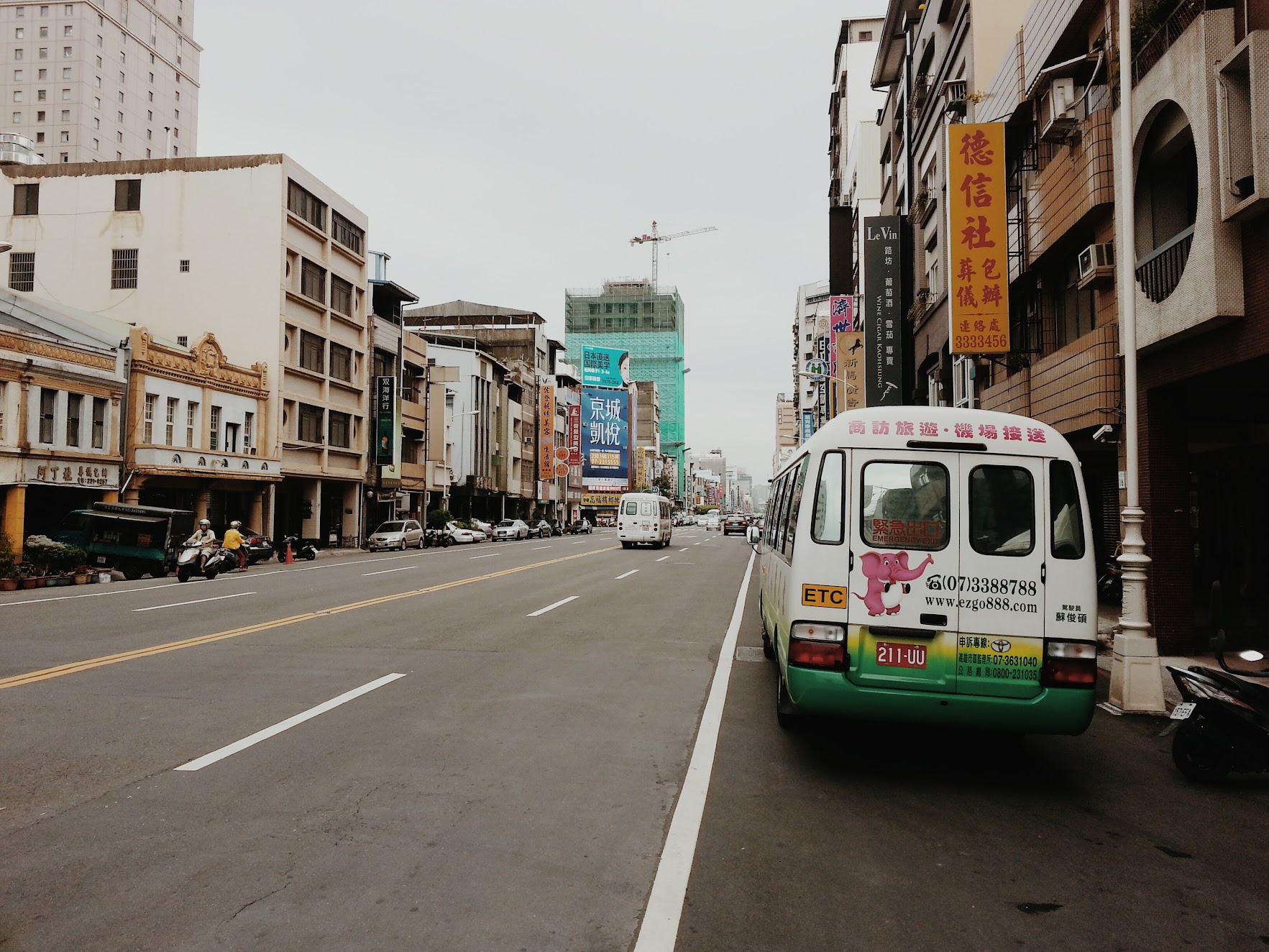 A Bump in the Road

After lunch, I was feeling really good about how the day was going so far. As we were crossing a bridge about 10KM outside the city limits, I started pedaling harder and faster, and, just when I was hitting my groove, a loud pop erupted from behind me, and I brought my bike to a stop on the side of the highway. There must have been something quite sharp on the road because there was now a huge gash in my back tire, and we didn’t have anything on us that could patch up a tear of that size. We called in the support bus, and, after saying my goodbyes to my teammates, I traveled into the city with the rest of the support staff. 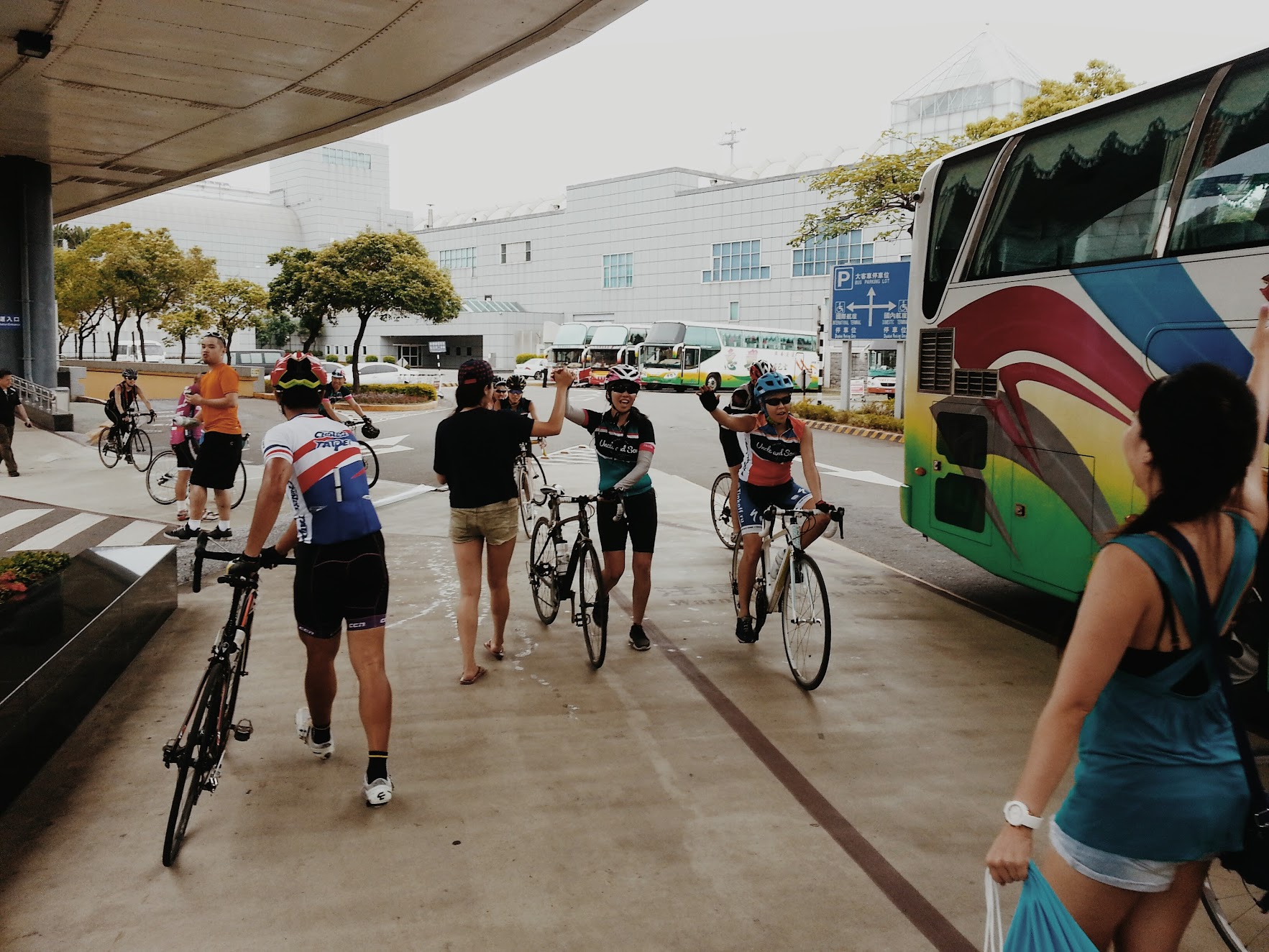 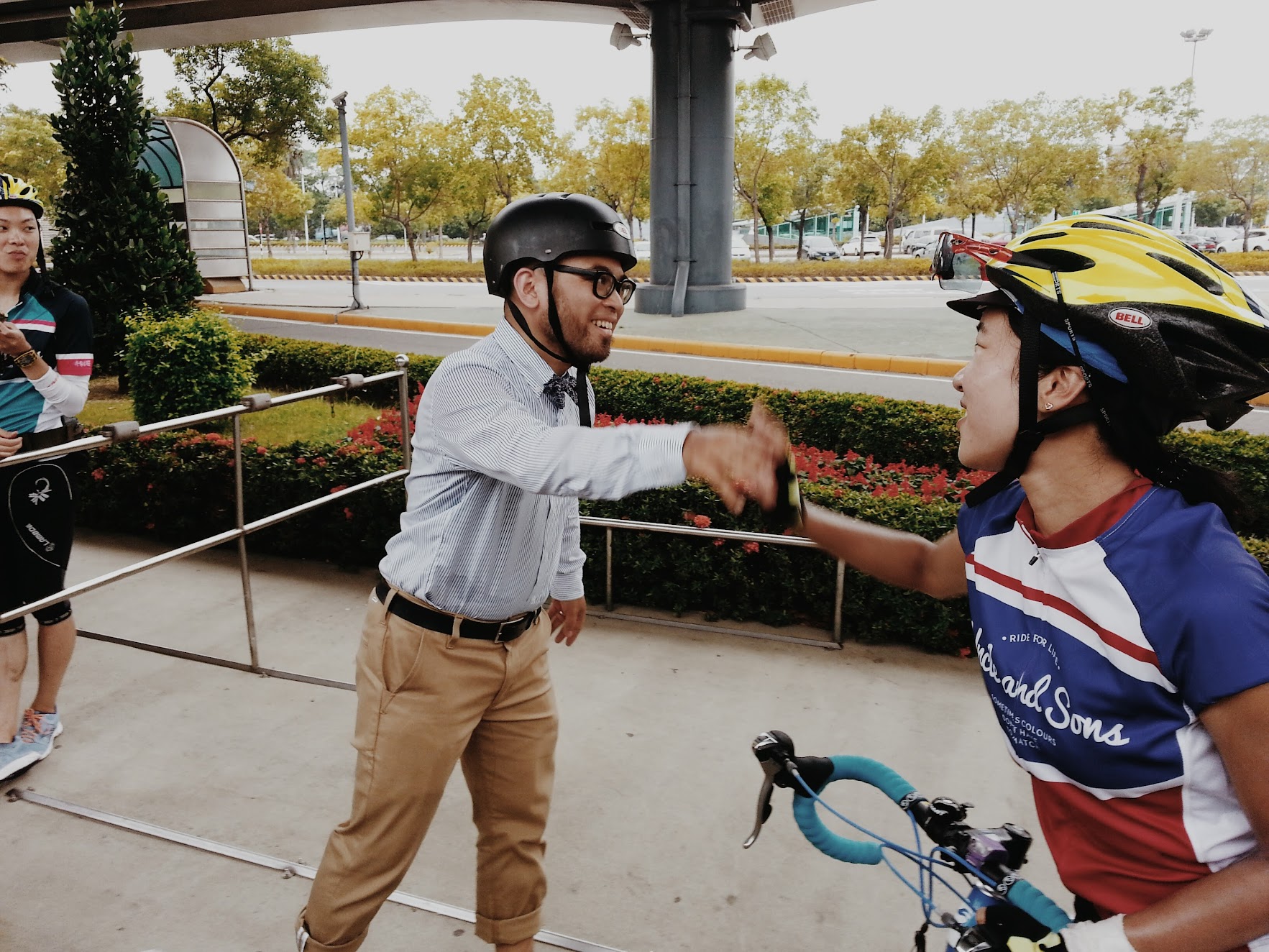 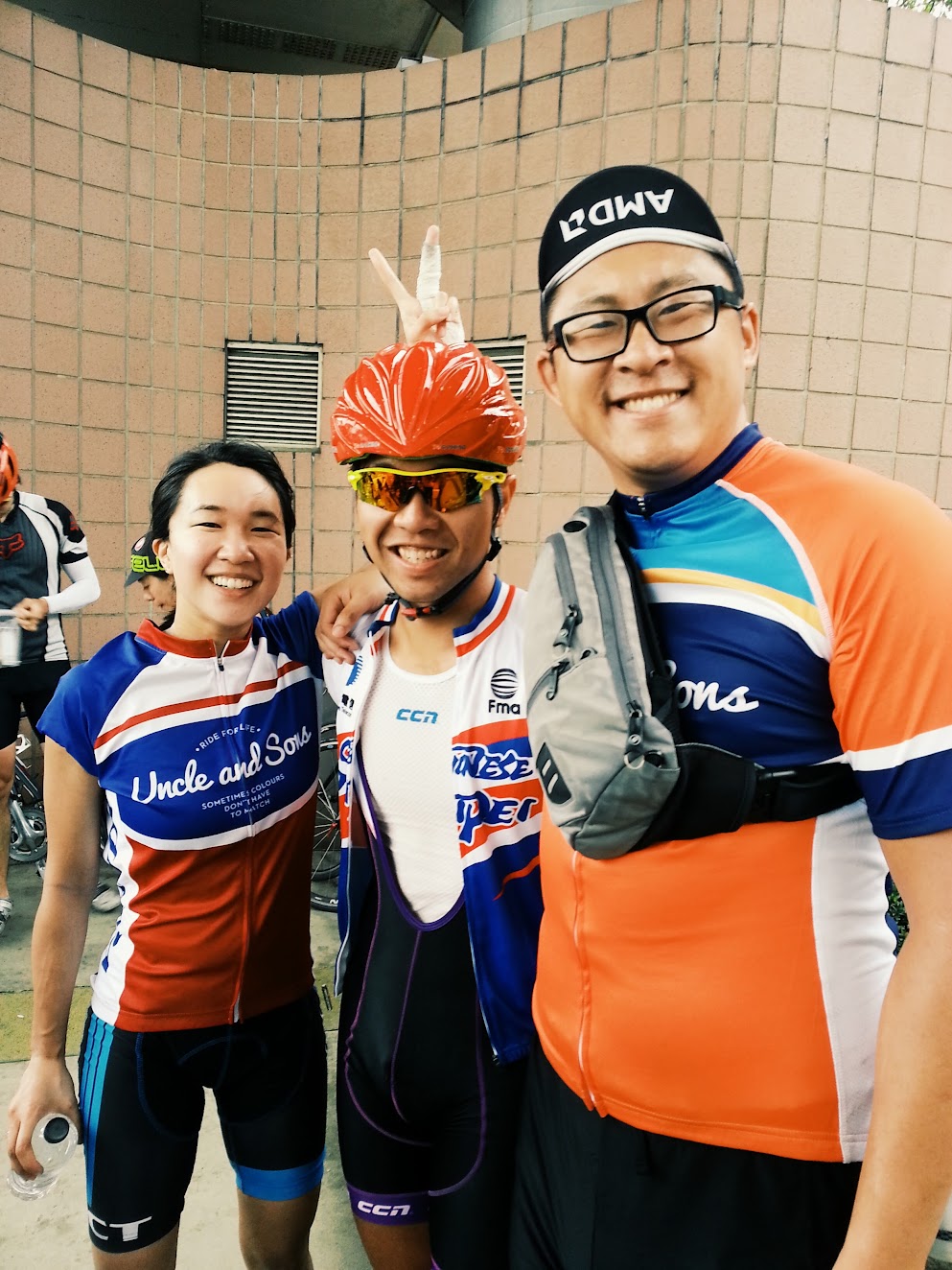 The finish line was at the airport, and after helping to pack up the remaining luggage back at the hotel, we arrived at the airport just a few minutes before the first riders. I didn’t feel too bad about not being able to finish, as I’d done most of the route, and, besides, I’d already completed a bike-a-thon once. We cheered as the groups of riders turned the corner and into the parking lot, celebrating everybody’s efforts on a job well done. I was especially proud of Ashley for pushing through and completing the entire ride of 300KM, after never having been on a road bike just two months prior. When I came back from the bike-a-thon in 2013, I had shared with Ashley how great it felt to finish and look back on all the hard work that got me there, and I’m glad that we were able to share in that feeling of accomplishment together in 2014 as a married couple.  As an aside, a little over a month later, I was back at the airport in Kaohsiung, but I’ll leave that story for another post. 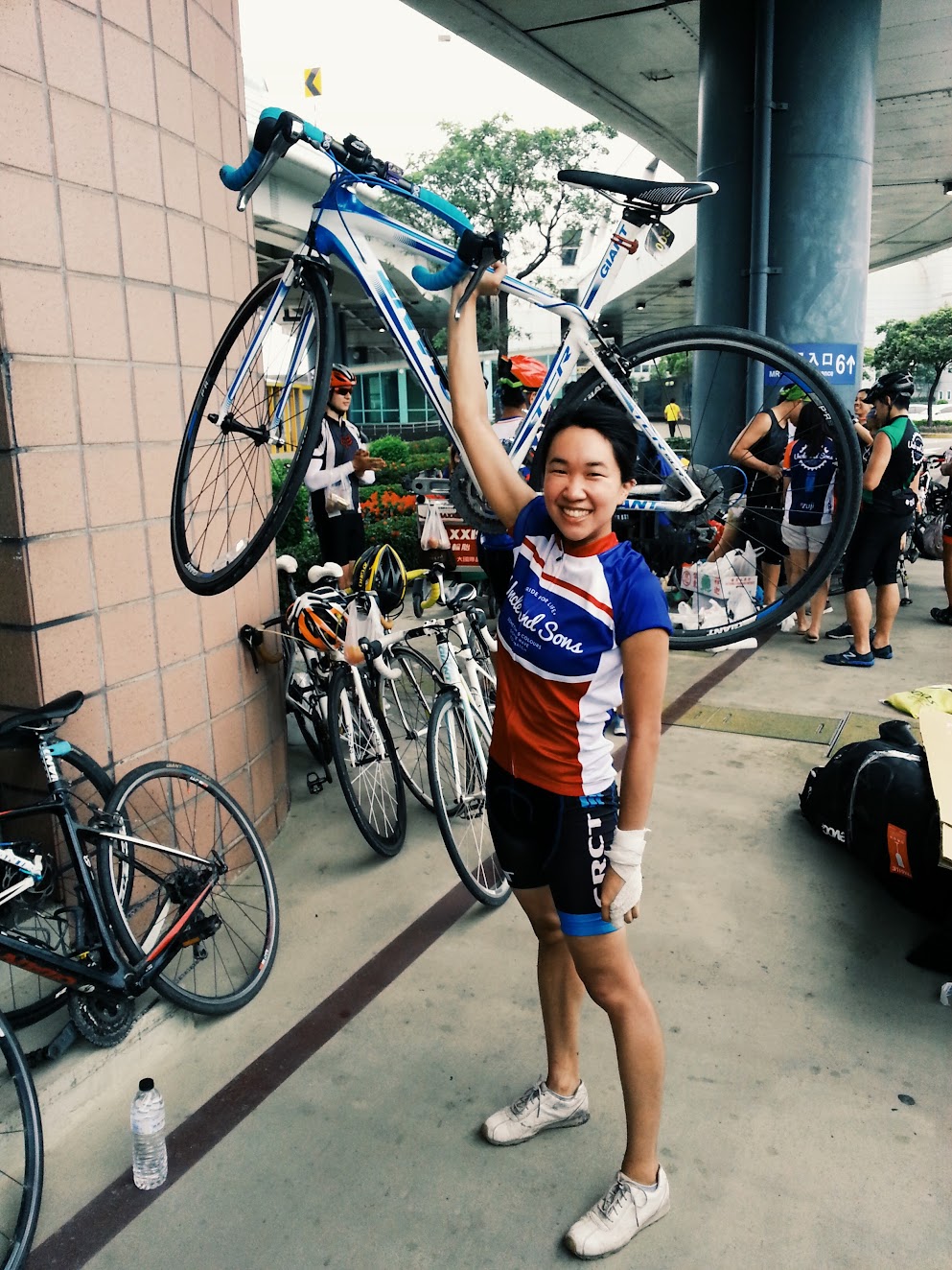