Pam and I both moved from Toronto to Hong Kong in the summer of 2009, though at the time I didn’t know too much about her. I’d grown up with her older sister, Tracy, attending the same church youth group for several years, but for whatever reason I had little to no interaction with the other members of her family. By the following summer, we were in the same small group at our church in Hong Kong, forming the core of a close-knit community of friends for several years. In 2012, Pam made the difficult decision to leave Hong Kong and her finance career for good, moving back to Toronto at first (where Ashley and I met up with her on our own trip back to my hometown that summer), before settling down in Vancouver to study interior design. While living and studying on the West Coast, she met her soon-to-be husband, Isaiah, and, after a few years of blissful coupling, they got engaged and set their wedding date for the summer of 2015. Friends responded with love from near and far, and dotted lines from the far corners of the globe converged on the Lower Mainland in the days and weeks before the much-anticipated nuptials. 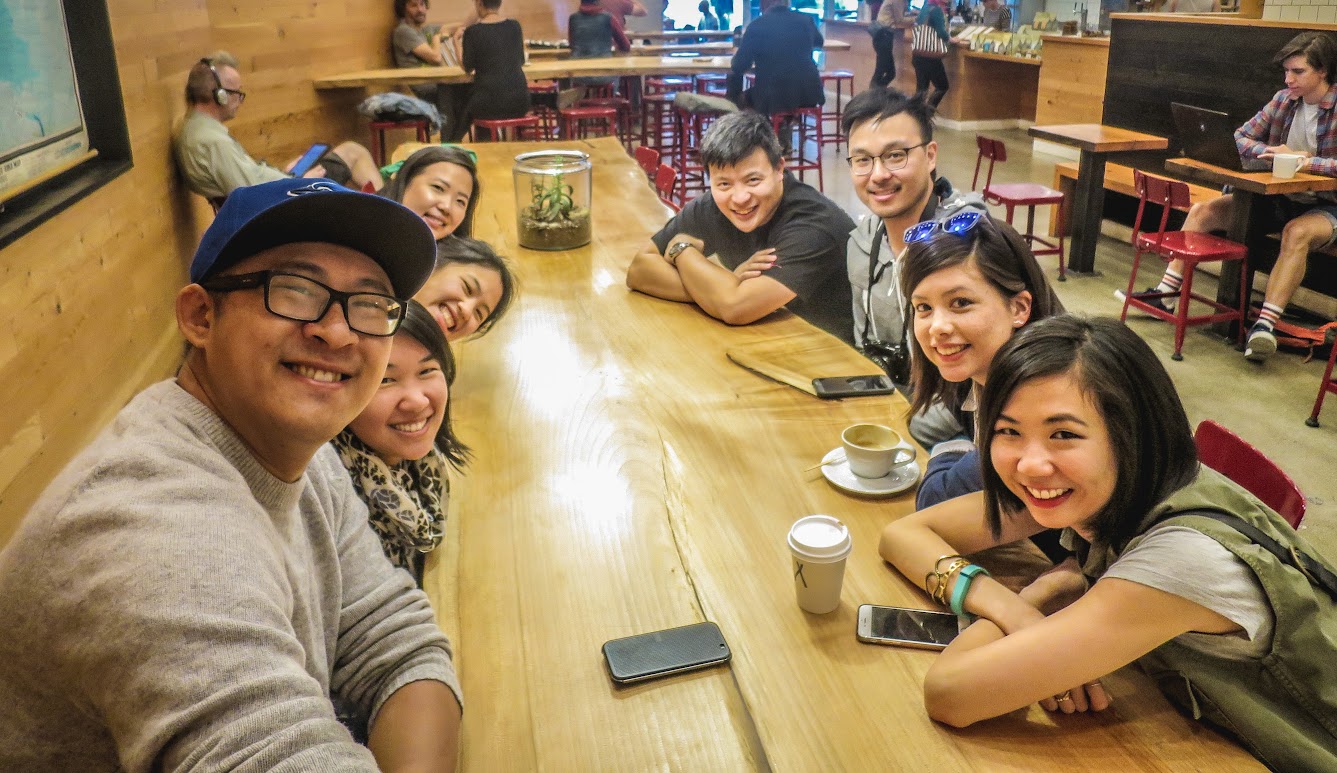 Friendships that began in Hong Kong and spread around the world in the intervening years were reunited once again in the misty inlets and mountains of British Columbia. Going counter-clockwise from right to left, we had: Dawn from New York (Taipei 2011, Shanghai 2011, Taipei 2014), Sam from Tokyo (Seoul 2012, Taipei 2014, Tokyo 2015), Derek from New Jersey (Nepal 2010, Shanghai 2011, Seoul 2012, Taiwan 2013, Kuching 2014, Niseko 2015), Ivan from Sydney (Kuching 2014), Grace from Hong Kong (Kuching 2014, Taipei 2014), and Shing from Sydney (Kuching 2014). With the exception of Ivan, Shing’s husband, we’d all spent a good part of our formative adult years together in the same city, and even with the years and miles separating us from those heady days of beaches, junk boats, late night hangouts, weekend holidays abroad, endless dinners, and birthday surprises, our entanglements left us with a layer of intimacy and familiarity that the years will find hard to take away. 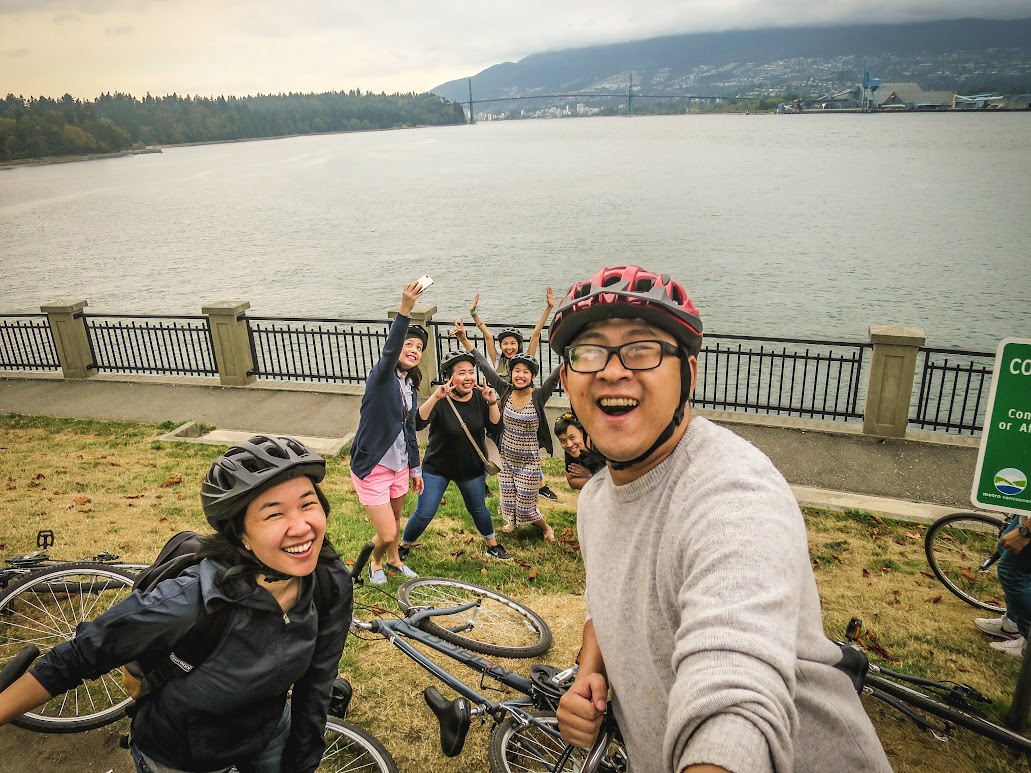 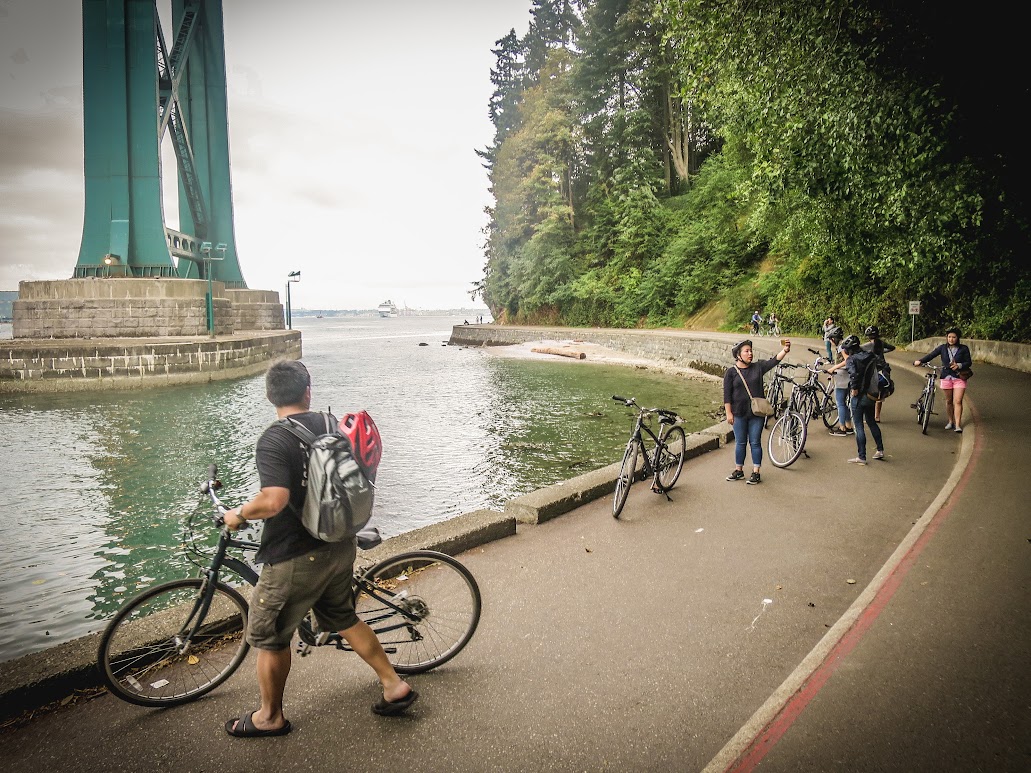 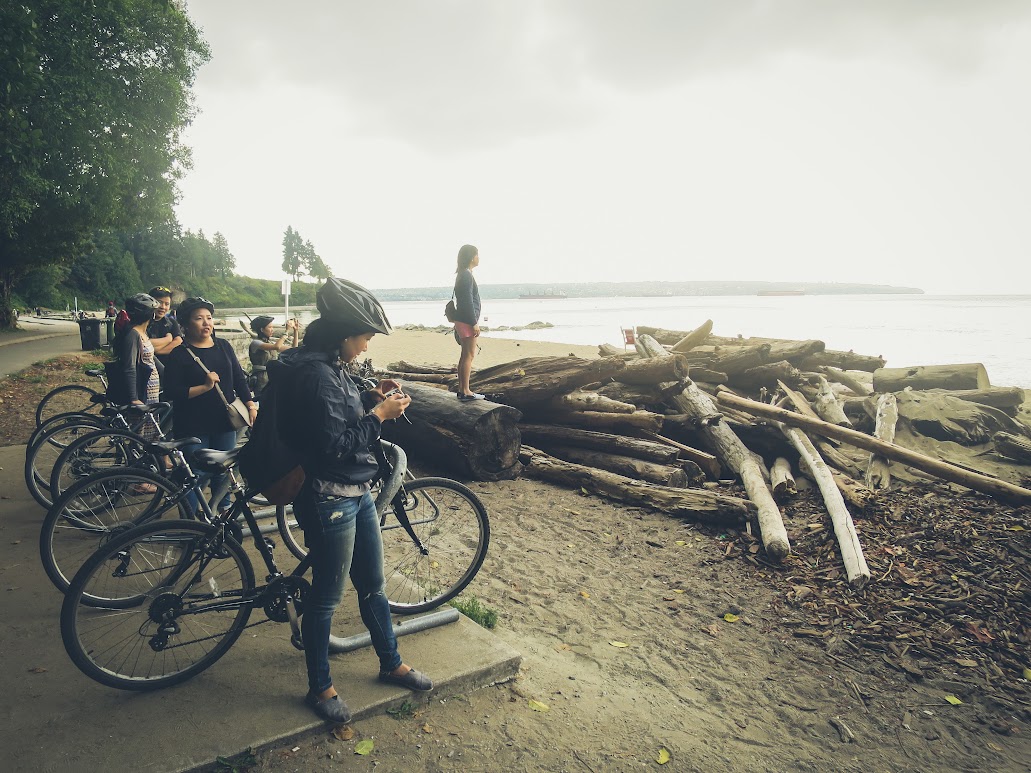 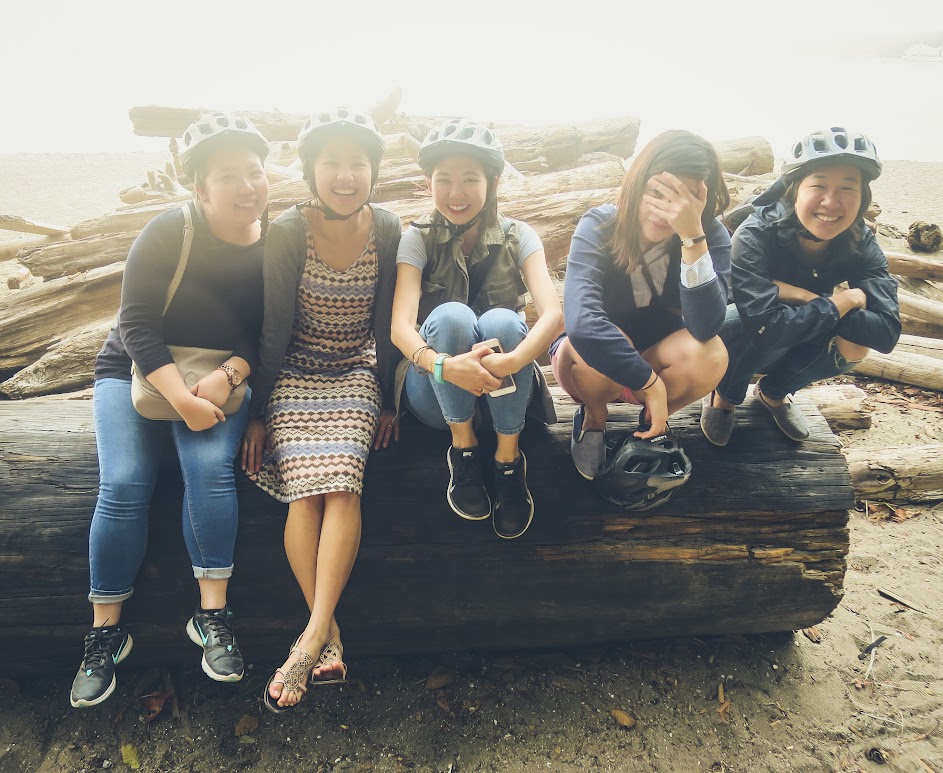 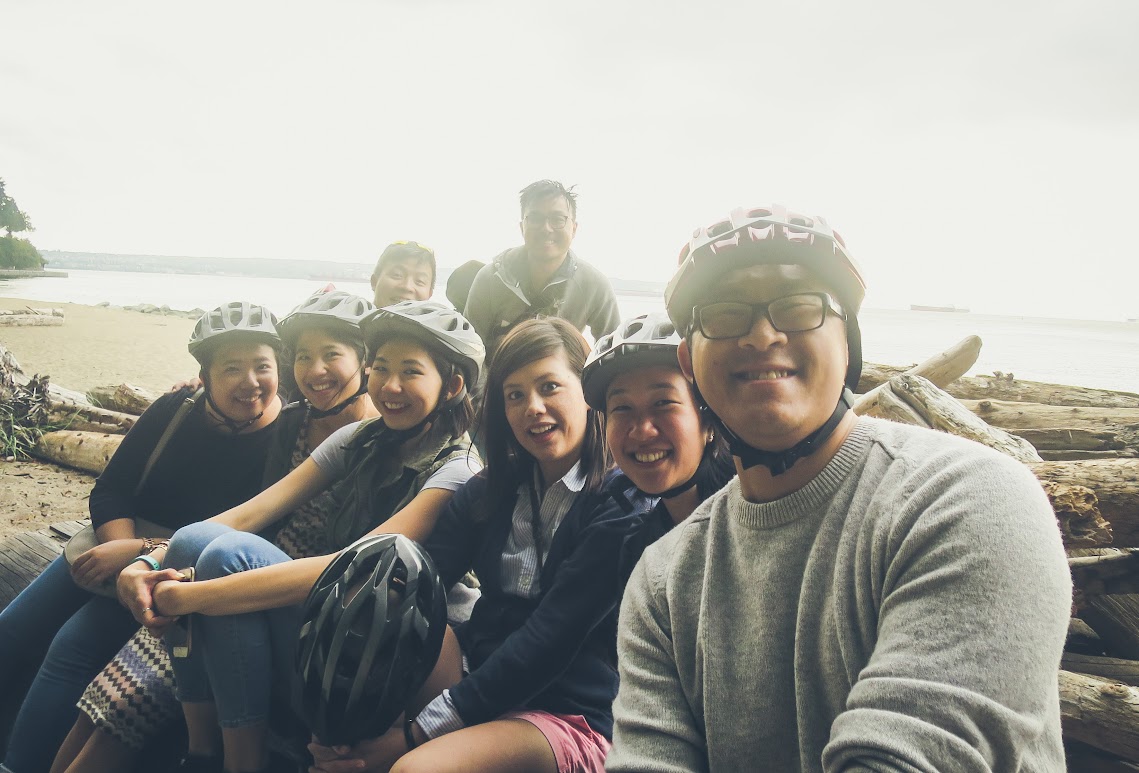 I felt somewhere in between host and tourist, eager to leave a good impression of my home country, but, at the same time, very much aware that I wasn’t a local here either. Thankfully, Vancouver is a stunning city, the blue seas and lush coastal mountains making a far more persuasive argument than I ever could. The natural beauty of the city was on full display when we rented bikes one afternoon and did a slow circuit of Stanley Park, the iconic urban green space jutting out into Vancouver Harbour. As we biked counter-clockwise along the rim of the forested peninsula, the North Shore and the cloud-covered Coastal Mountains loomed across the slate-grey waters of the harbour, until we passed underneath the Lions Gate Bridge and rounded the northern edge of the park. As the mountains extended into West Vancouver, fading into the distant coastline, the harbour opened up into the Salish Sea and the various straits that separate the mainland from Vancouver Island, the faint glow of the sun casting a dim yellow hue on the horizon. 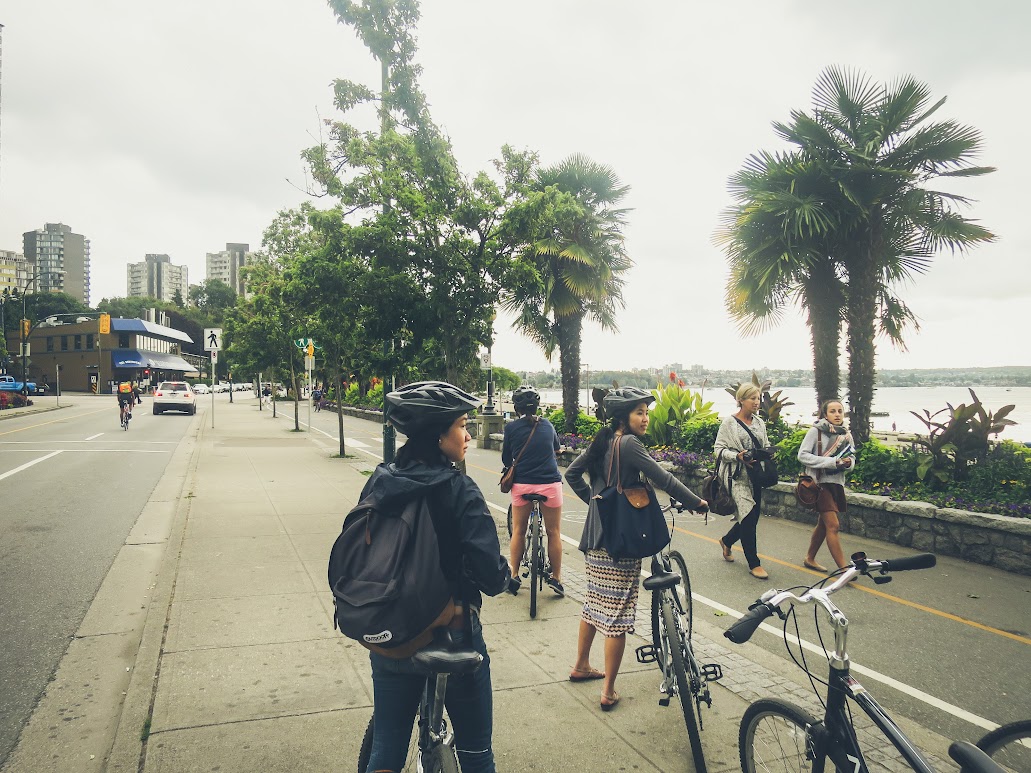 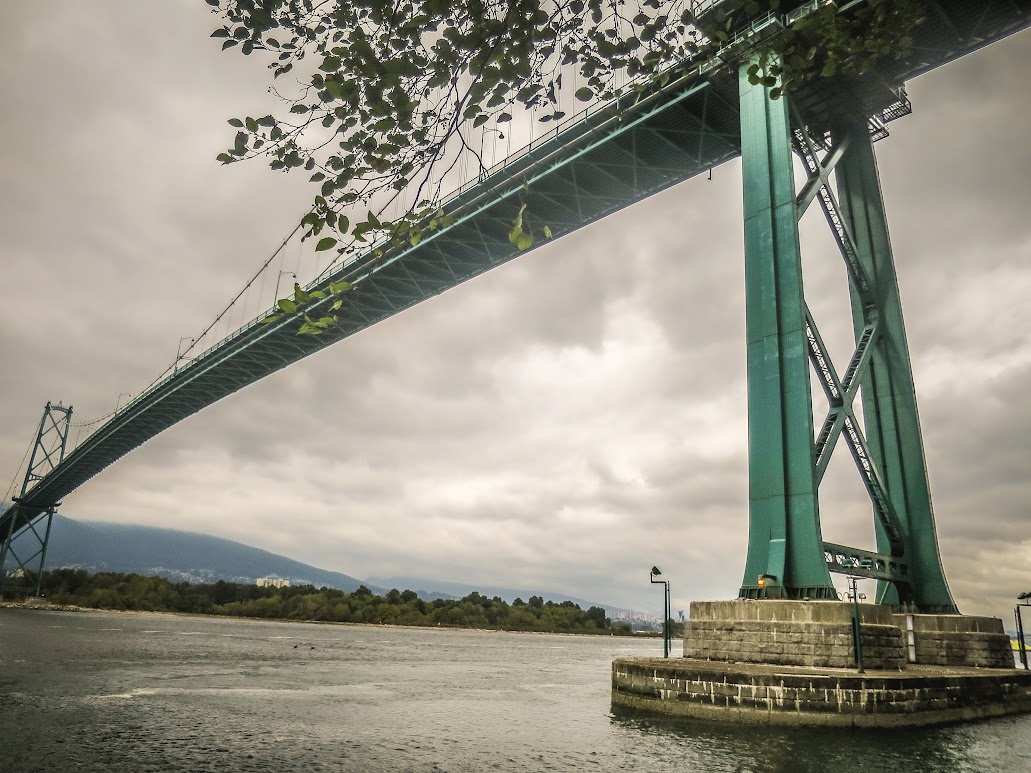 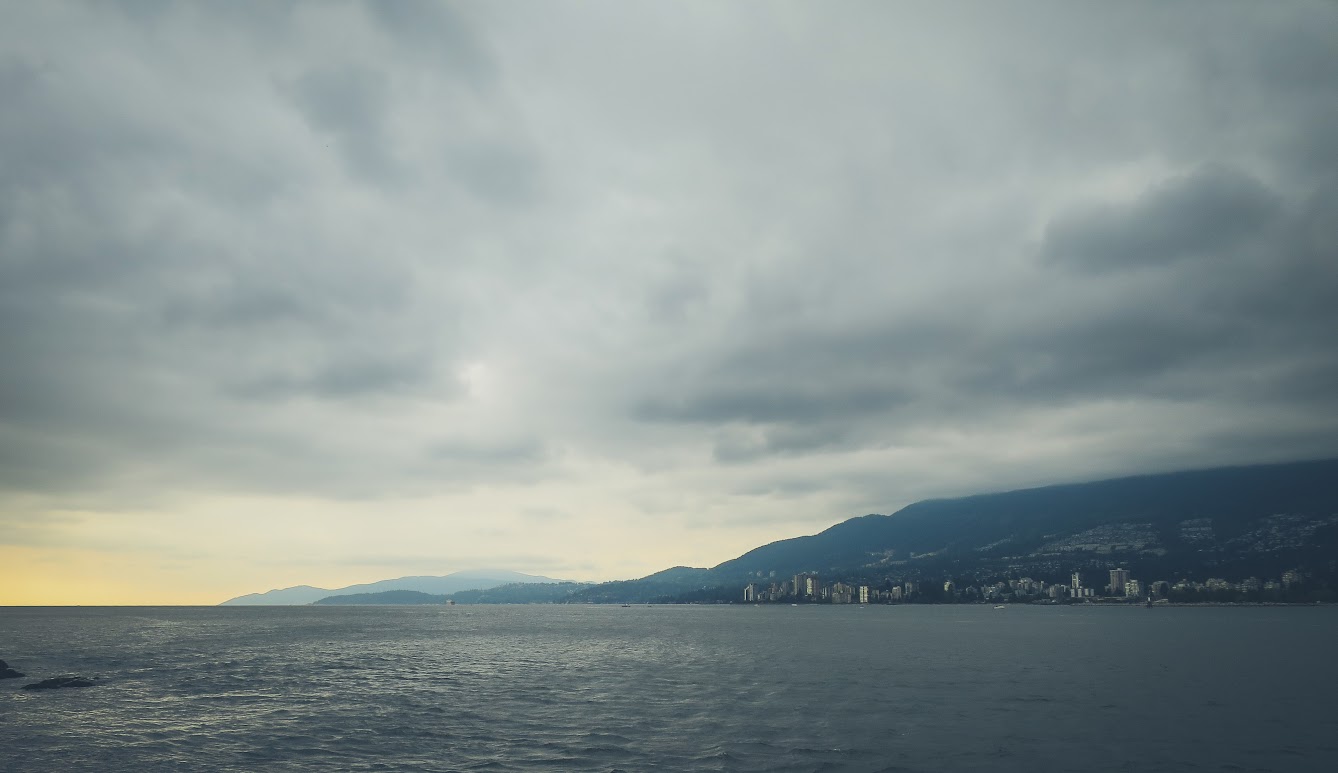 Vancouver’s food scene is also top notch, with an incredible array of Asian and Western cuisines, enhanced by the city’s easy access to fresh seafood and produce. Notable meals included lunch at Phnom Penh, the celebrated Southeast Asian restaurant in Chinatown, and dessert at Bella Gelateria, the award-winning gelato shop by the water in the Cole Harbour neighbourhood. Granville Island, the popular shopping and eating district along False Creek, was the site of another memorable meal, courtesy of Edible Canada, a restaurant and tourism company specializing in local ingredients and recipes. The Pulled Pork Poutine came highly recommended, with its authentic Quebec cheese curds, duck fat fries, and sunny side up eggs, but the most surprising plate was the Farmer’s Harvest, a relatively simple combination of fresh vegetables, pickled vegetables, and hummus. All too often, raw vegetables in Hong Kong are rendered flavourless and bland by the dictates of global food supply chains, and salads are drenched in dressings that can overwhelm the palate. Not so with the Farmer’s Harvest at Edible Canada. I don’t think I’ve ever had greens that tasted so lovely and delicious before, presented to the eater without ornament or embellishment, free to be enjoyed on its own tasty merit. 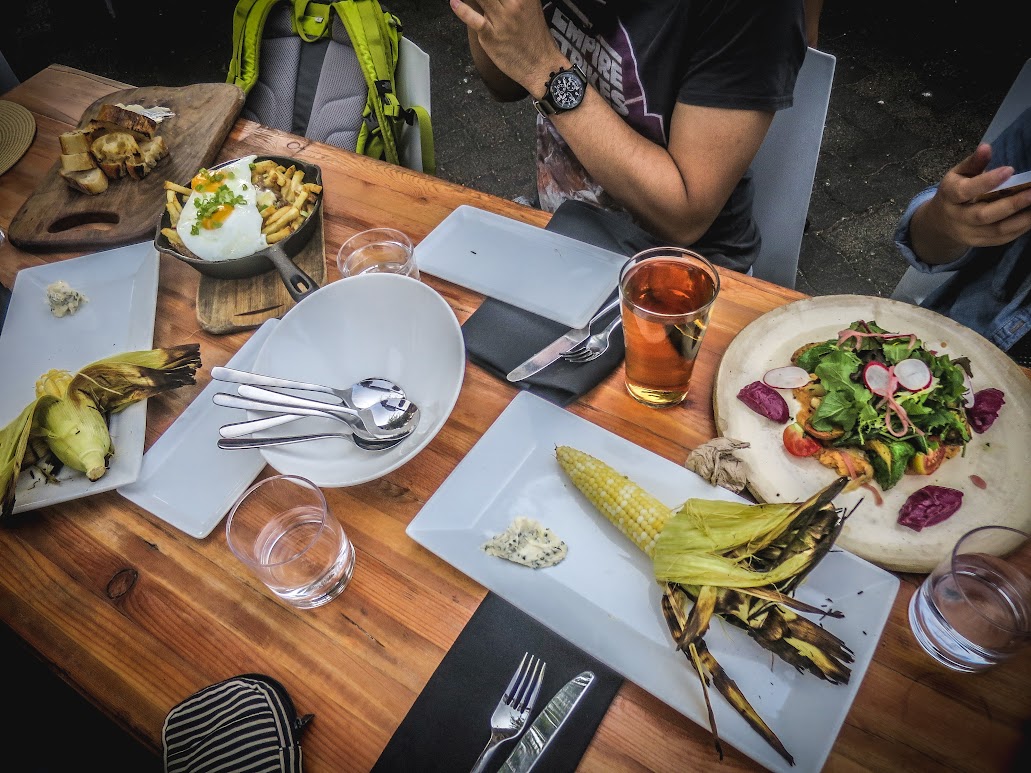 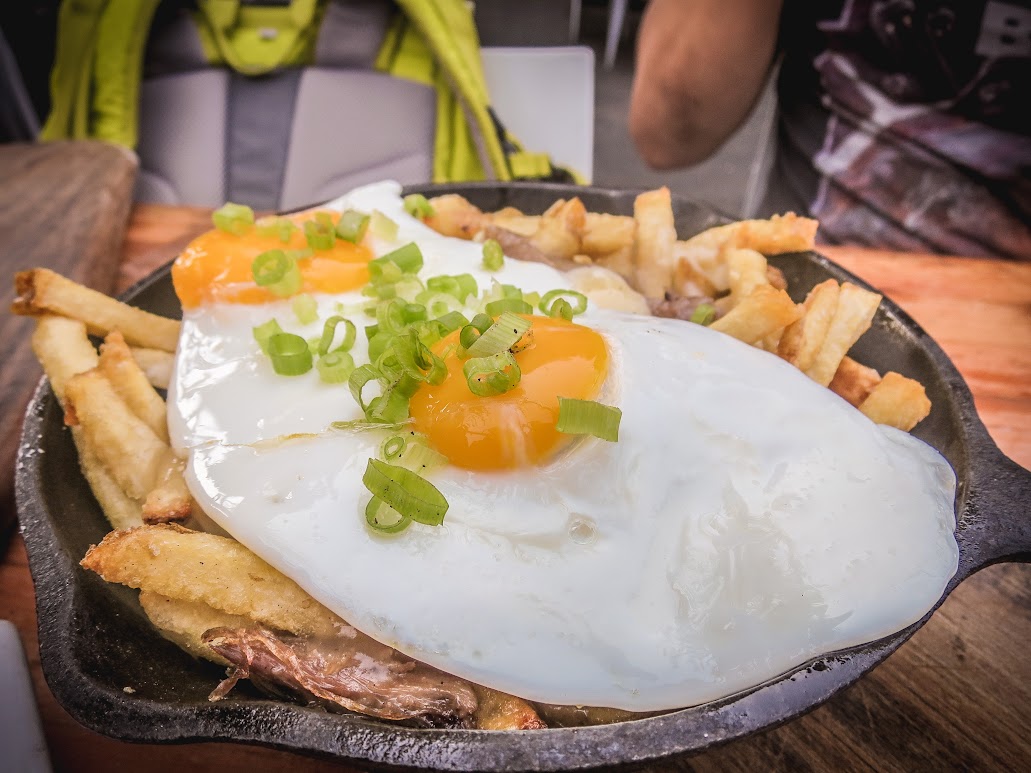 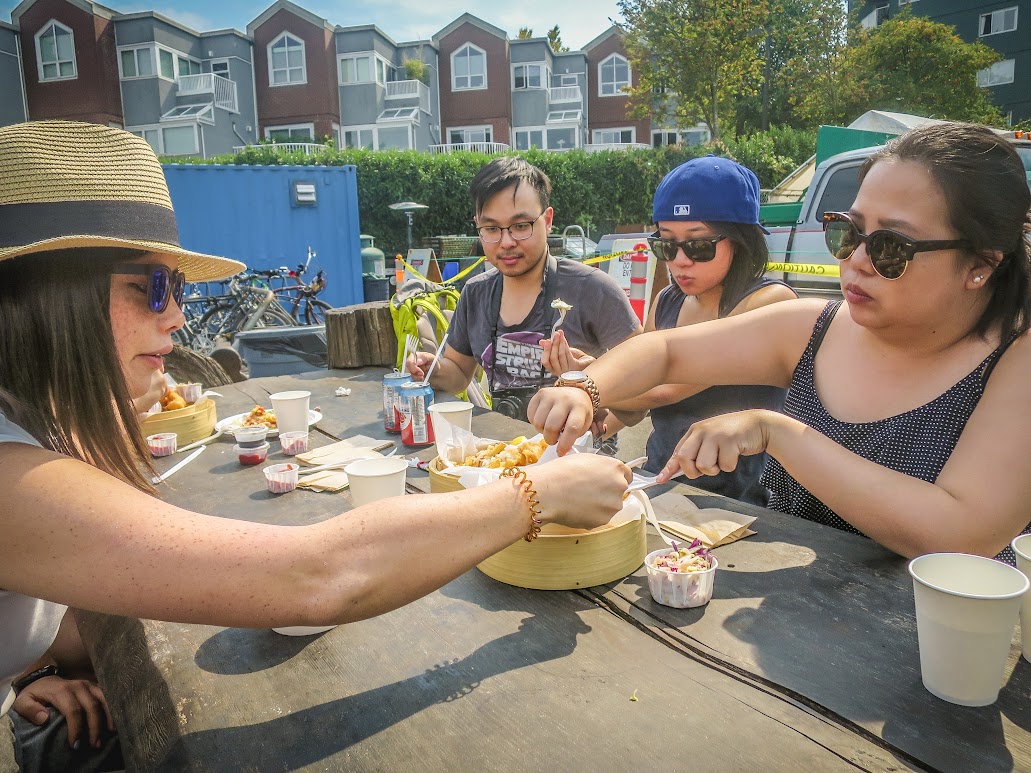 The West Coast has also proven popular with friends from back home, and several of them have moved across the country in recent years. I met up with the old crowd the last time I was in Vancouver in the summer of 2012, and we were able to see them again at a gathering in one of the far eastern suburbs of the city. In terms of time spent with old friends, though, most of it was in the company of Justin, an old university friend and one of my travel companions to Hanoi in 2011. As mentioned in the Vancouver 2012 post, Ashley and I had gone to Vancouver that summer for his wedding, a year after he had moved back to Canada from his teaching job in Beijing. He and his wife, Leanne, have been on the West Coast ever since. Over the week or so that we spent in the city, they took a good chunk of time out of their busy schedules to take us around, including giving us a much-needed ride to the reunion out east. At that point, I had been abroad for over 6 years, and the relationships and experiences from my life in Hong Kong had made those university years seem a world away from my present reality. Still, I’m fortunate to have friendships that, with a bit of fumbling, slide into well-worn grooves, with room enough for whatever comes our way. 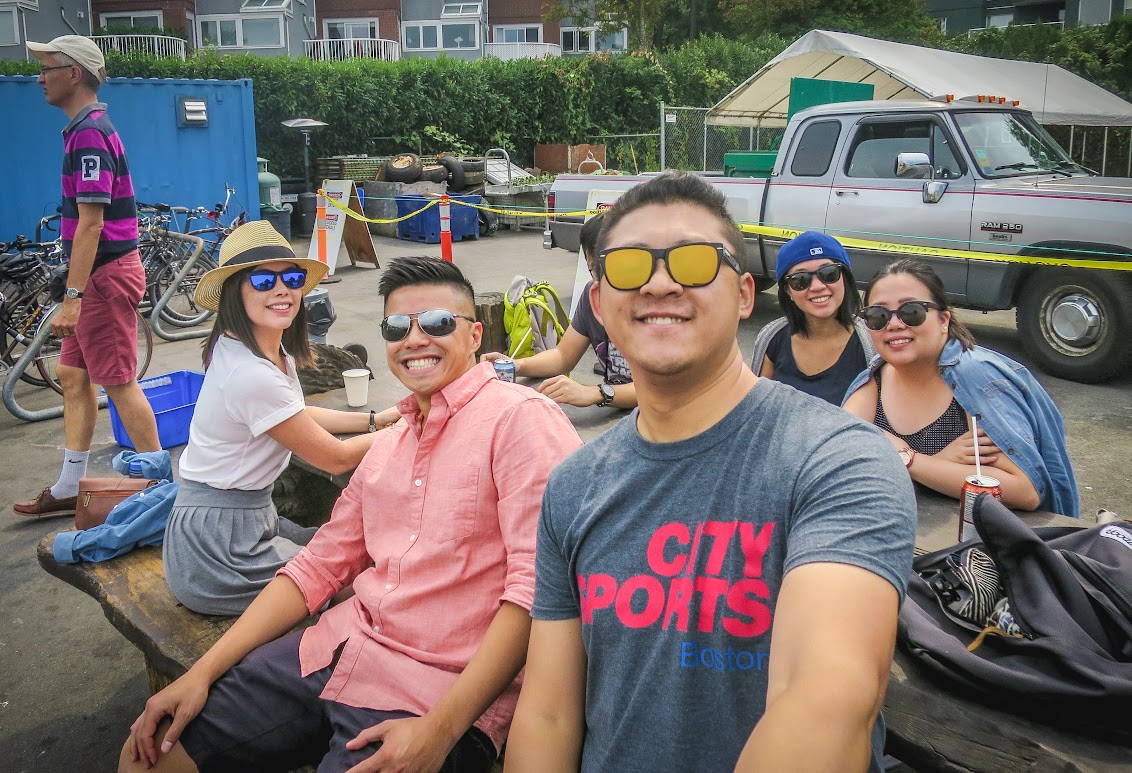 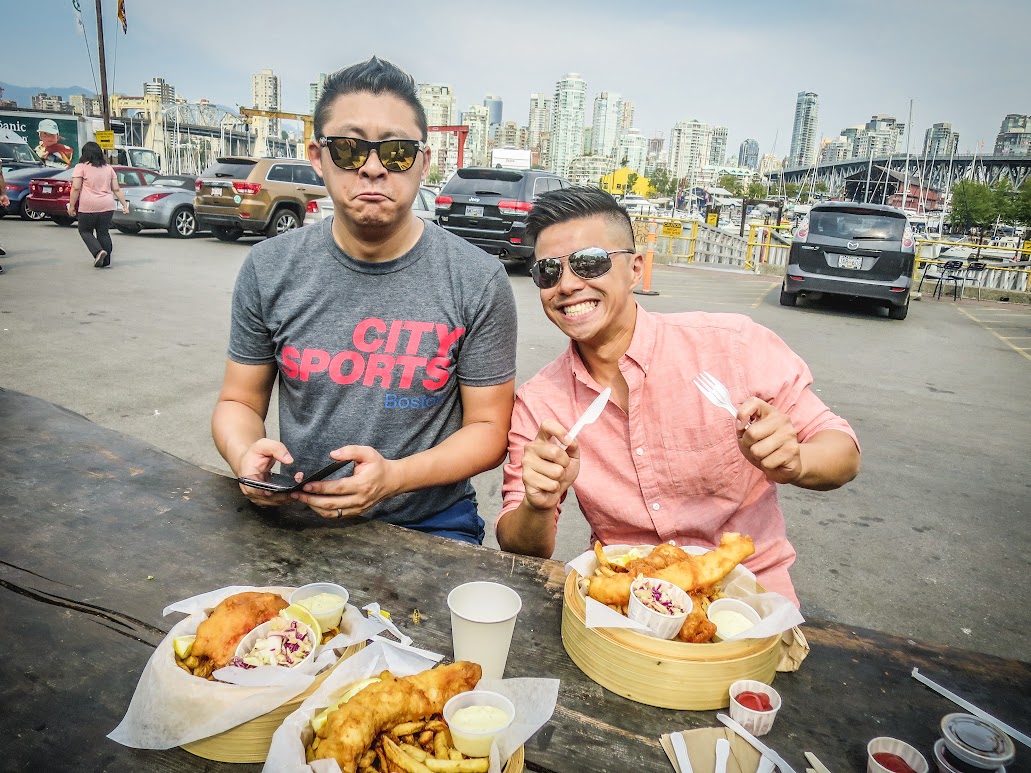 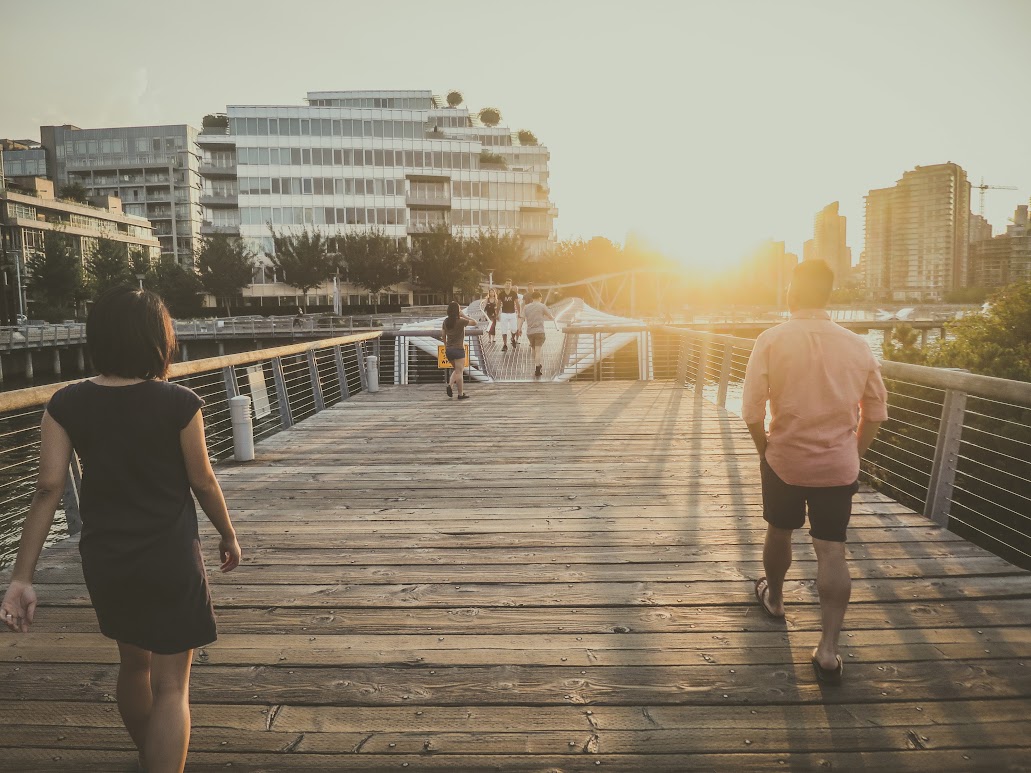 I’d be remiss not to mention my sister, Andrea, and her fiancé, Chris, who helped us out with accommodations by English Bay, just a hop, skip, and a jump from Stanley Park. Unfortunately, we weren’t able to see them as they had left for their own holidays just before our arrival, but their hospitality was very much appreciated. Being able to walk home from the Downtown area was incredibly convenient, and, after splitting off from our friends at the end of the day, Ashley and I spent our evenings on long, pleasant walks meandering through the quiet city streets. 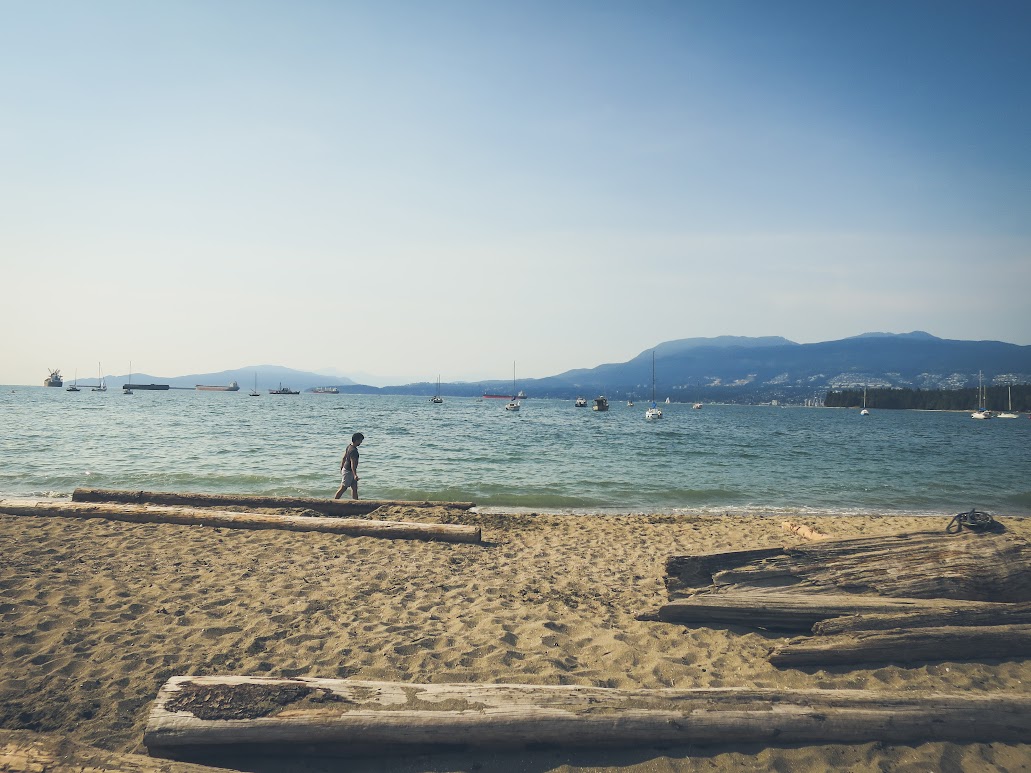 Companionship in a Strange City

It was an altogether pleasant surprise to travel to Canada with friends from all over, seeing the familiar with new eyes and gaining a greater appreciation for the country of my birth. Over the next few days, we’d explore more of the city and its seaside parks and beaches, eating its tasty foods and enjoying the late summer nights. The trip would culminate in Pam and Isaiah’s wedding, but in between we enjoyed a lot of good times together, reminiscent of how things used to be when we were all young and starry-eyed in Hong Kong. I’ve heard it said that forming friendships gets harder the older one gets, whether its due to family commitments, increasing career demands, or the social wear and tear that renders one incapable of investing as fully into relationships as we once did so recklessly. If that is the case, I’m exceedingly grateful and glad to have these particular friendships, forged in those significant years between young adult and adult adult, when we yearned for companionship in a strange city and ended up with family and a home. 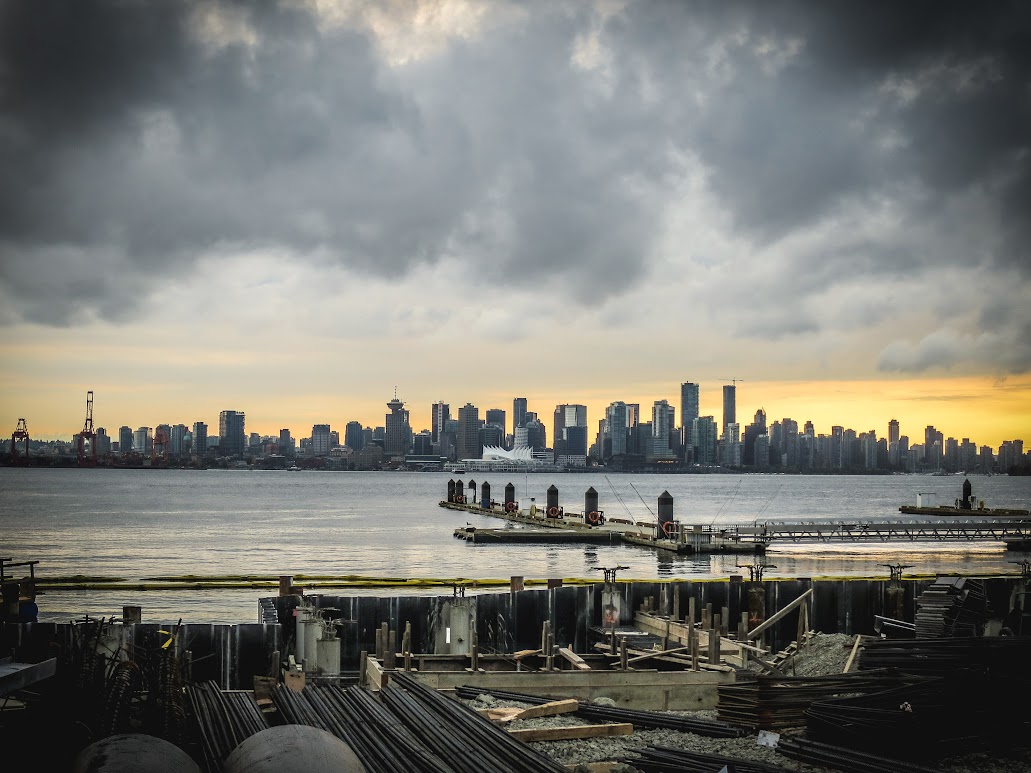