Man’s Reconciliation to the World

One of the enduring post-Columbian myths is that of the pristine American wilderness, an Edenic wonderland untouched and unsullied by human intervention. We now know that the landscapes of the first settlers had been heavily manipulated for hundreds, if not thousands, of years by Native American communities, but the romantic and philosophical ideals embodied by nature and creation proved irresistible and intoxicating to those who grappled with their place in modern society. The elevation of the American wilderness to near-sacred status reached its peak in the 19th Century writings of Emerson, Thoreau, and Muir, who saw a purer humanity reflected in the beauty and simplicity of forest and woodland. It was not just beauty and birdsong that they searched for in the solitude of the outdoors, but a philosophical underpinning for man’s broken relationship with nature, and the need to reconcile man to the world. They also saw the pressing need to conserve and protect the natural treasures of the American landscape for the good of the present and future generations, resulting in the establishment of Yellowstone National Park, the first of its kind in the world. Wallace Stegner, Pulitzer-prize winning author and environmentalist, once said,

“National parks are the best idea we ever had. Absolutely American, absolutely democratic, they reflect us at our best rather than our worst.”

Canada soon followed suit, establishing an array of national and provincial parks in the late 19th and early 20th Centuries to preserve the natural and cultural heritage of our vast land. The first national park service in the world was established in Canada in 1911, designating Park Wardens as the official, government-mandated protectors and managers of our parklands. In 1927, Garibaldi Provincial Park was established in the snow-capped peaks and glacial lakes of British Columbia. Located only 1.5 hours north of Vancouver, the trail through the park to the shimmering blue waters of Garibaldi Lake is popular with day hikers and campers alike, and, on a clear summer’s morning in late August, we set off in two cars up the stunning Sea-to-Sky Highway. 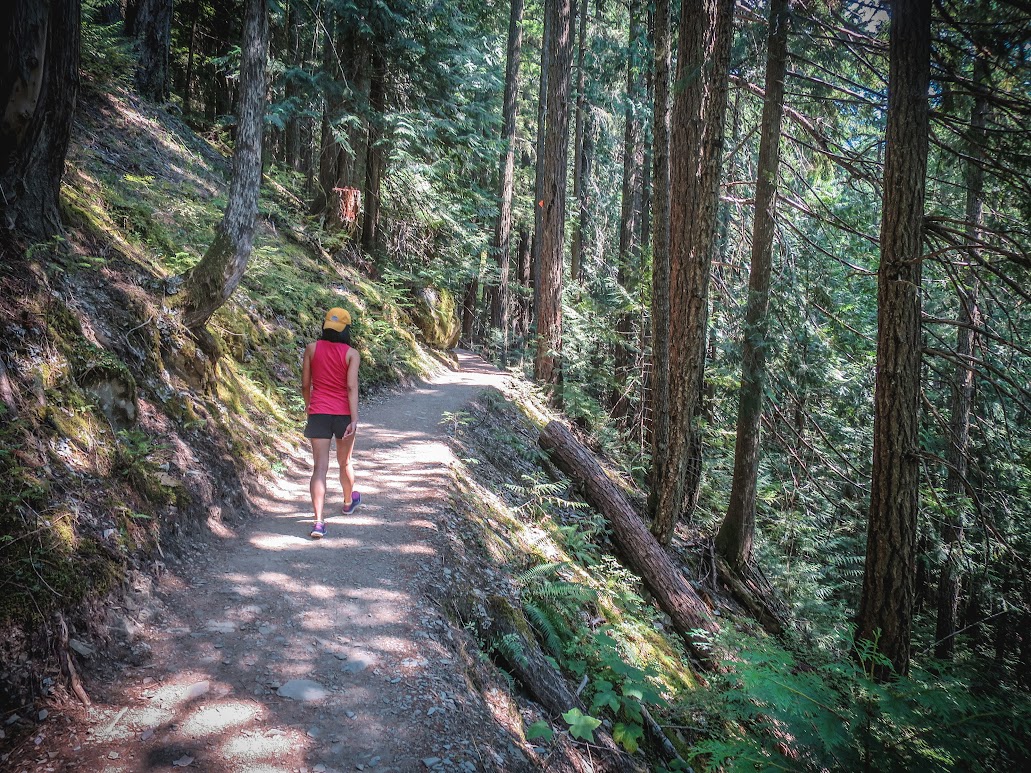 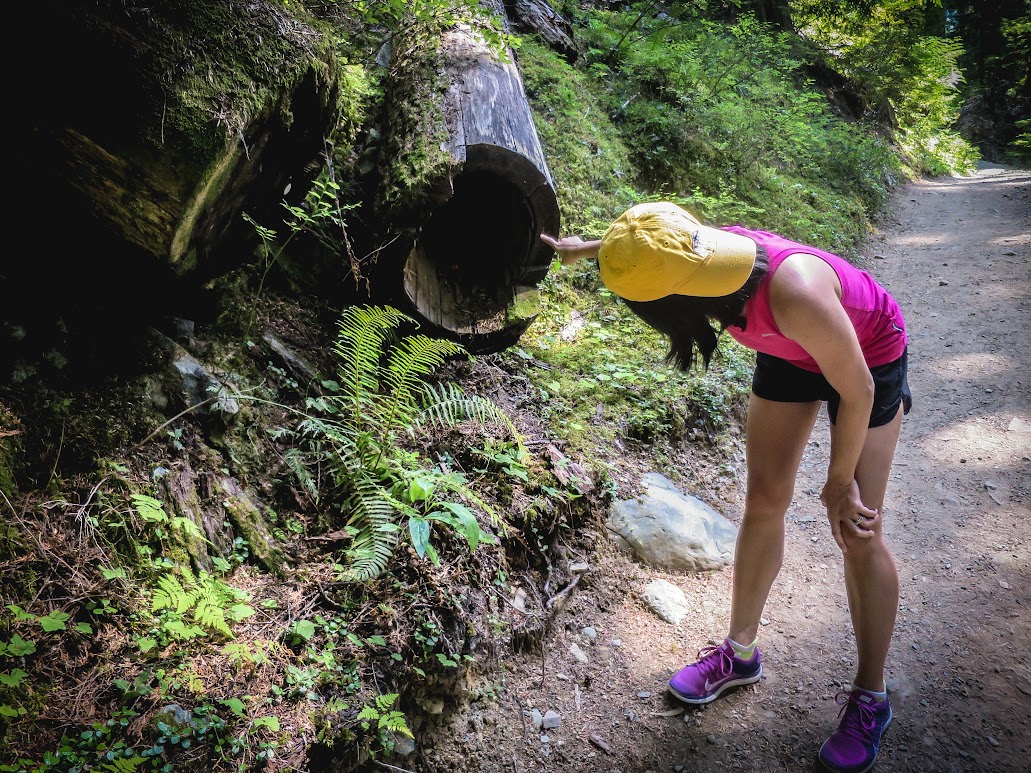 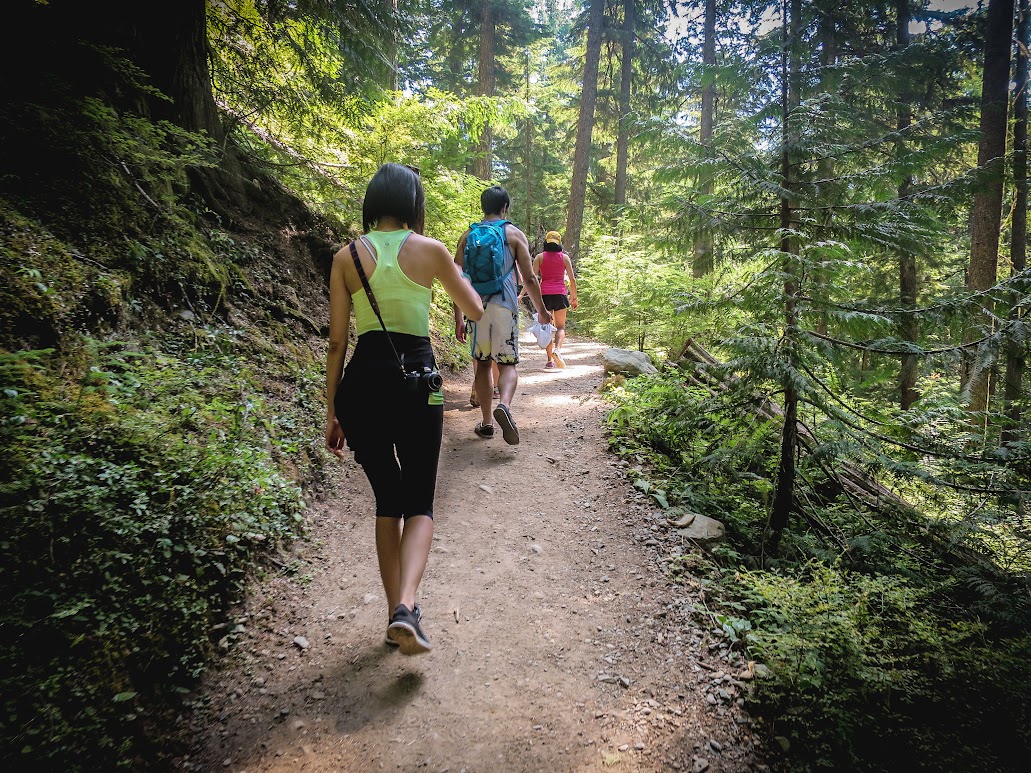 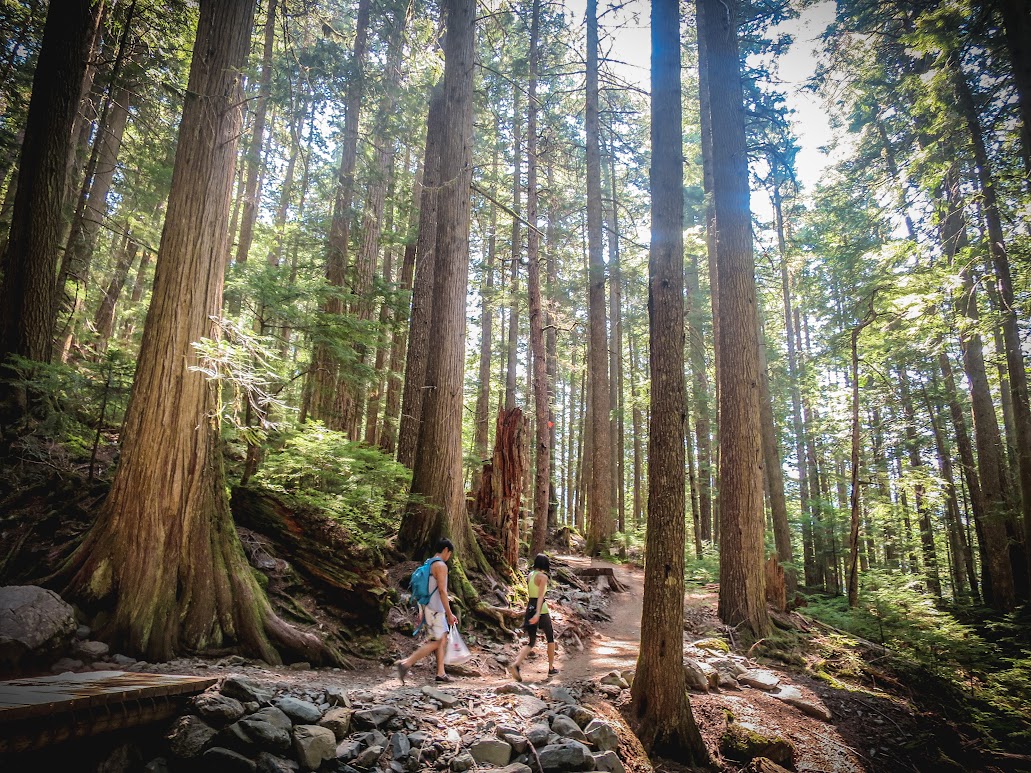 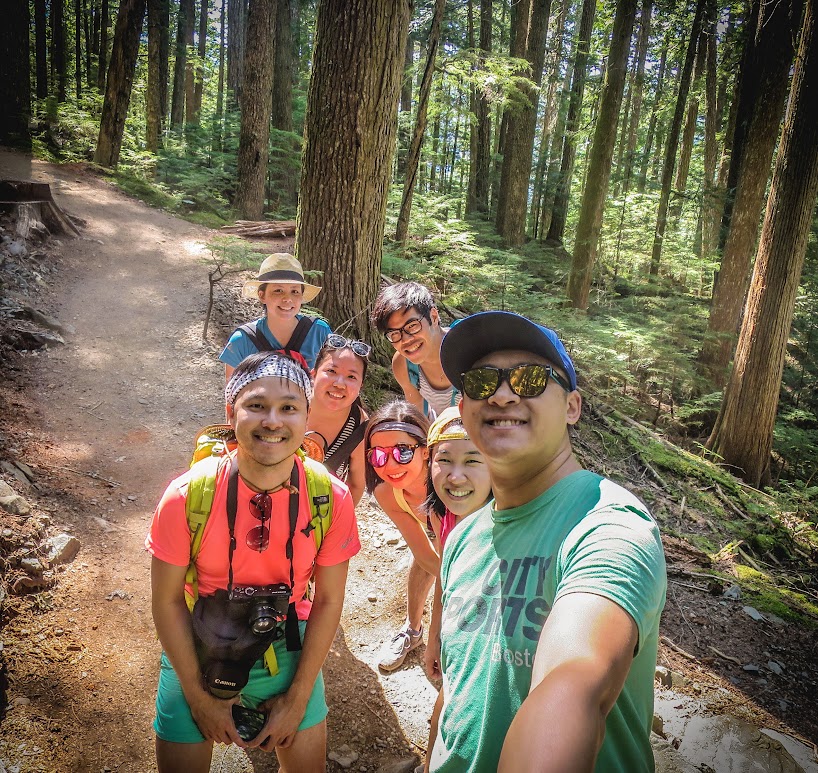 The Lens of Nature and Vast Geographies

Joining us for the day was Dan, a Vancouver native who had studied law in Hong Kong for a couple of years before continuing his education elsewhere. He happened to be home for the summer, and a few of the gang were crashing on the extra beds and sofas at his family home in the suburbs while they were in town. As we walked the sunlit paths of Garibaldi, named after the globetrotting Italian general and national hero who united his homeland in the mid-19th Century, it wasn’t difficult to see the appeal of the wilderness to the North American psyche. Nearly 90% of Canadians live within 100 miles of the American border, giving the impression of being at the frontier of a wild land marked by forests, mountains, tundra, and grasslands. Even those of us who grew up in heavily urbanized cities, among the most developed and livable in the world, tend to view our home country through the lens of nature and vast geographies, and, for now at least, to be Canadian is to be at home in the great outdoors. The thoughts and ideas of the 19th Century environmentalist-philosophers still permeate and influence our imagining of the wilderness as a refuge from the burdens of society and the city, a place of healing for the human soul, and the natural template for pure and simple living. Contrast that to the fairy tales of old, where the dark shadows and gnarled roots of ancient trees promised only danger and tragedy. In the re-imagining of the wild places outside the security of city walls and boundaries, we see not the primordial terror and unspoken fears of the unknown, but the potential to find our true selves – even a national identity. 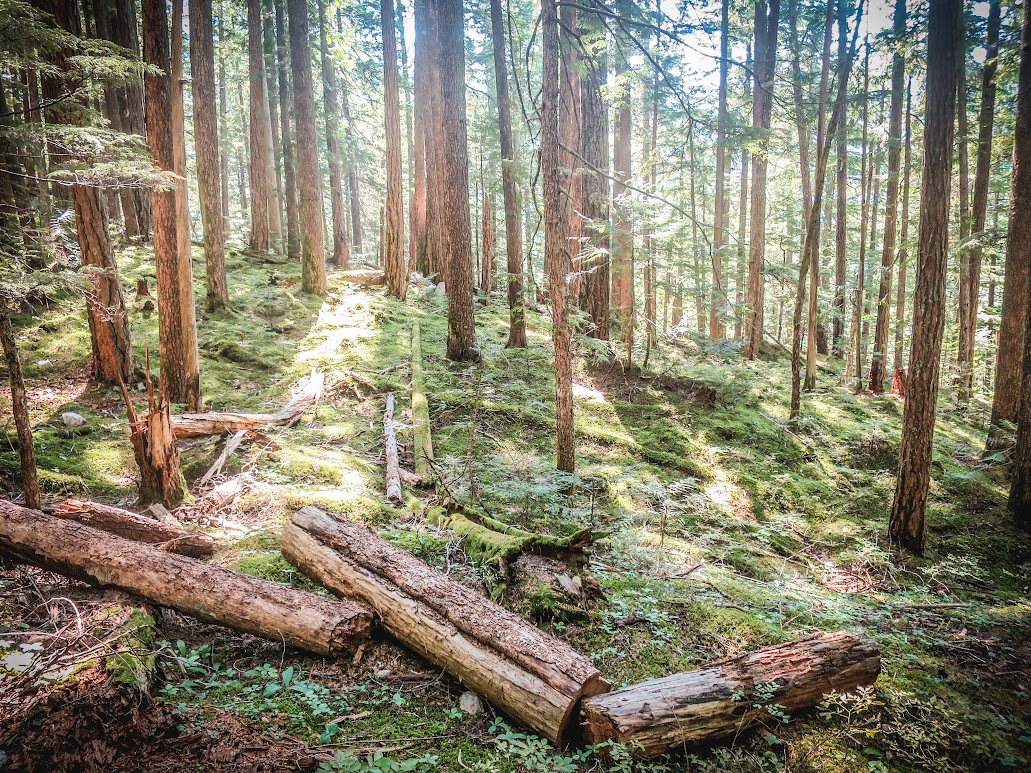 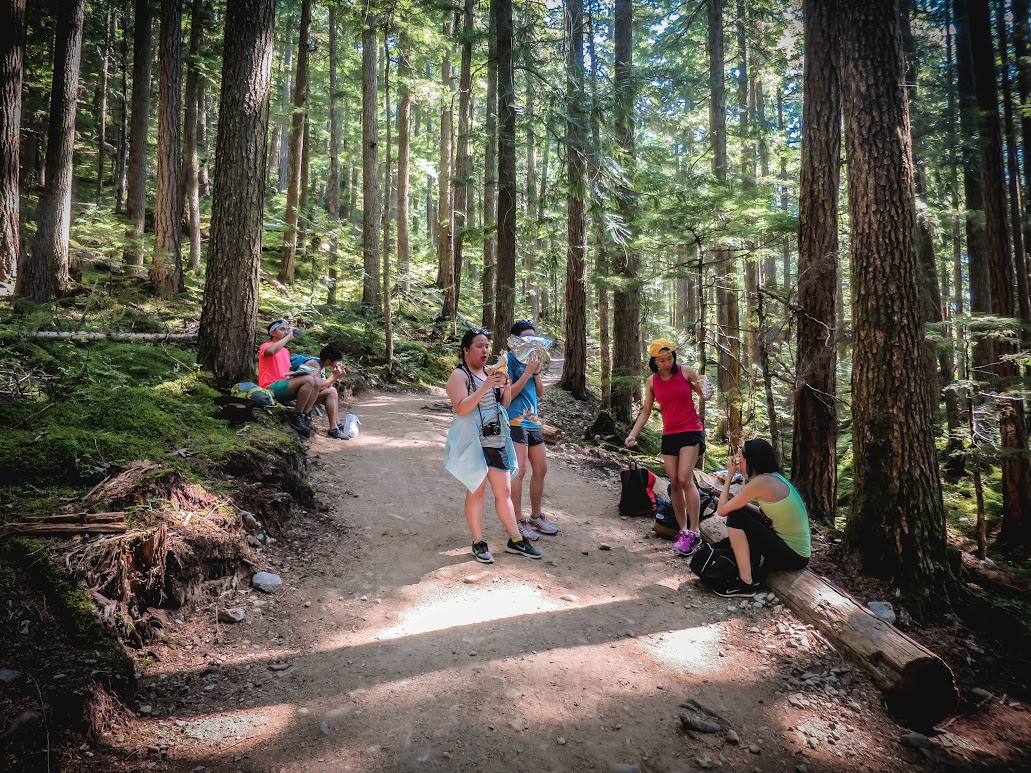 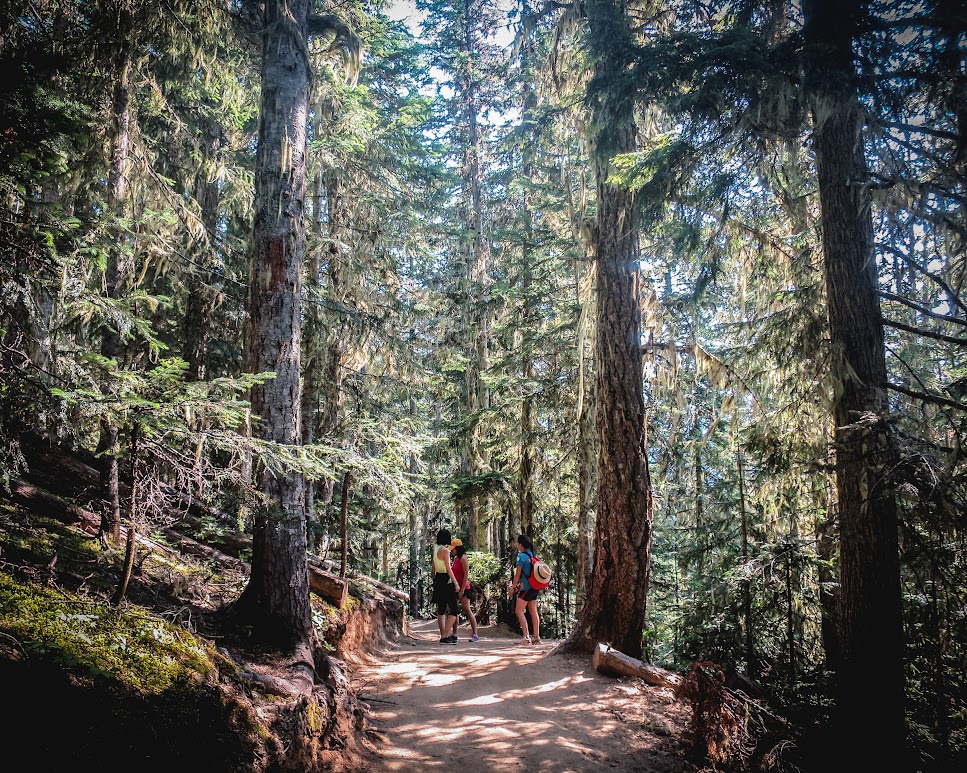 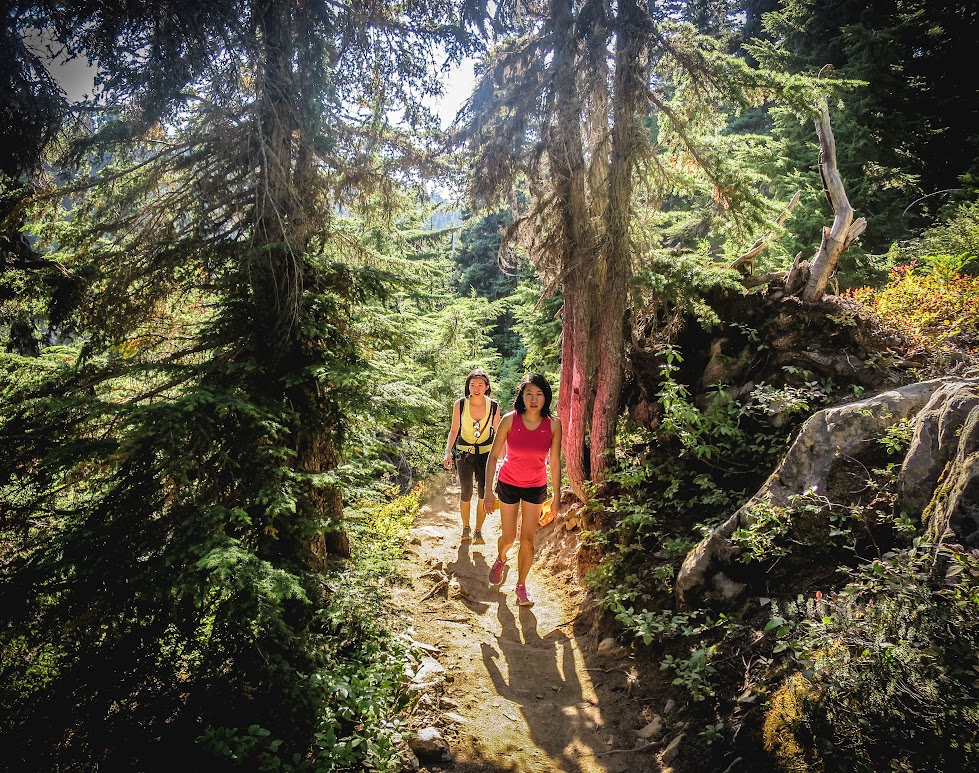 Subtle Erasures and the Illusion of Solitude

Unavoidably interwoven into such visions of North American nature as a refuge, untouched and spoiled, is the removal of humanity from the landscape. We saw few other people on the trail that morning and afternoon, and even within our group, we found ourselves scattered and separated along its length. When we finally reached the lake, with its stunning views of the Sphinx Glacier reflected on the serene waters, we joined a small crowd of phone and camera-wielding hikers lining up to take photos from the far end of a log jutting out from the rocky beach. Of course, the popularity of the log was due to its relatively deep position on the surface of the lake, allowing people to have their pictures taken with no one else in the frame. There’s a shared illusion of solitude with every snapshot taken atop the fallen tree, and we look back on these photos and conjure up memories and feelings of what it was like when it was just me and nature. Similarly, the 19th Century environmentalist-philosophers made subtle erasures of their semi-dependence on nearby towns and markets in their narratives, as well as the presence and sometimes forced departure of Native Americans in the supposedly virgin terrain. This is especially relevant in British Columbia, where, due to overlapping land claims by various Aboriginal groups, over 100% of the land is subject to treaty negotiations. 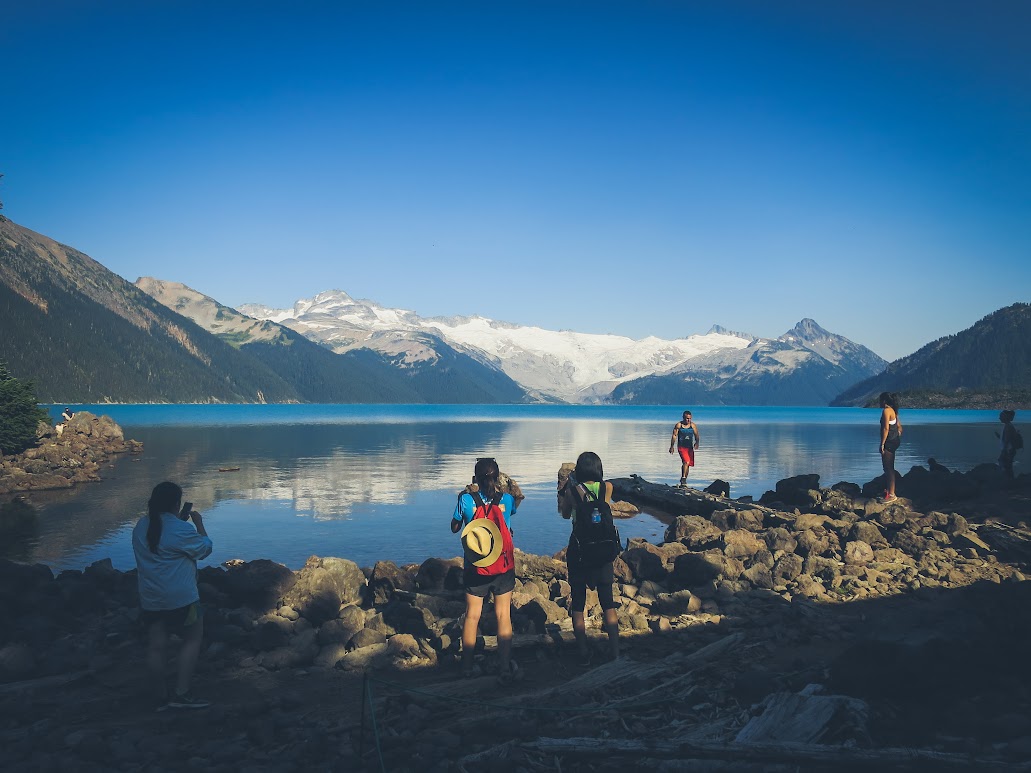 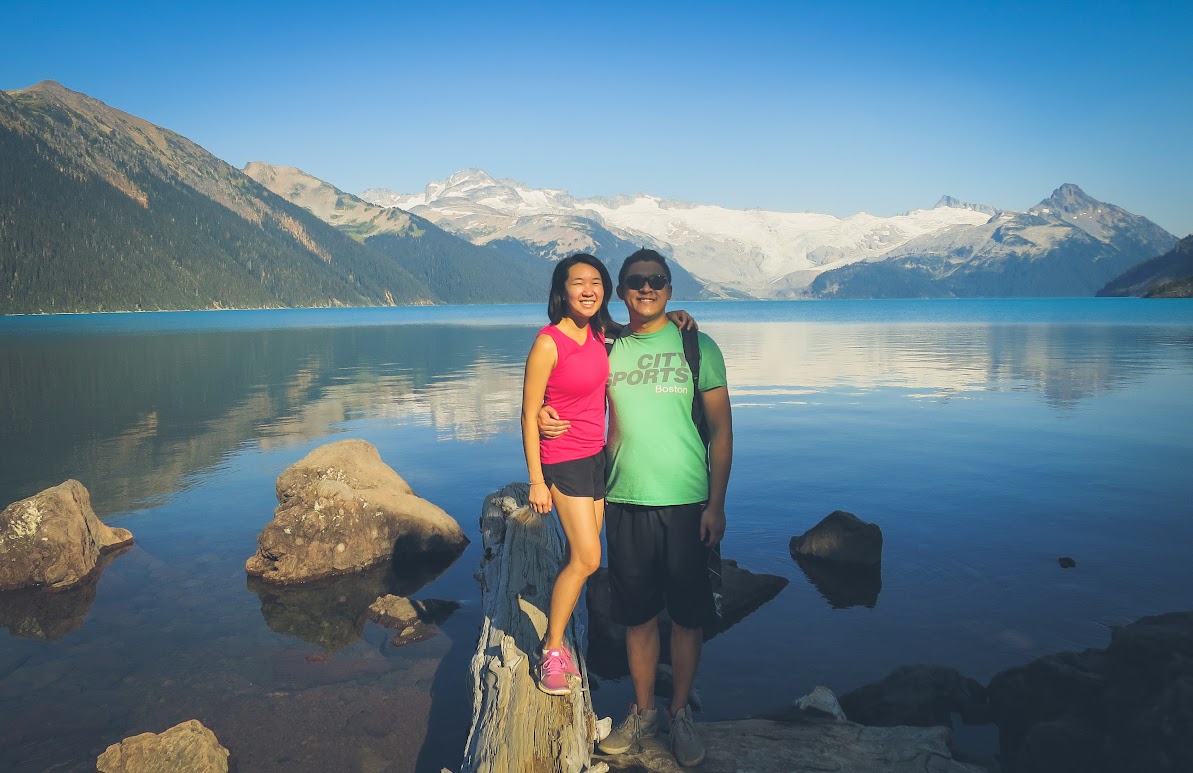 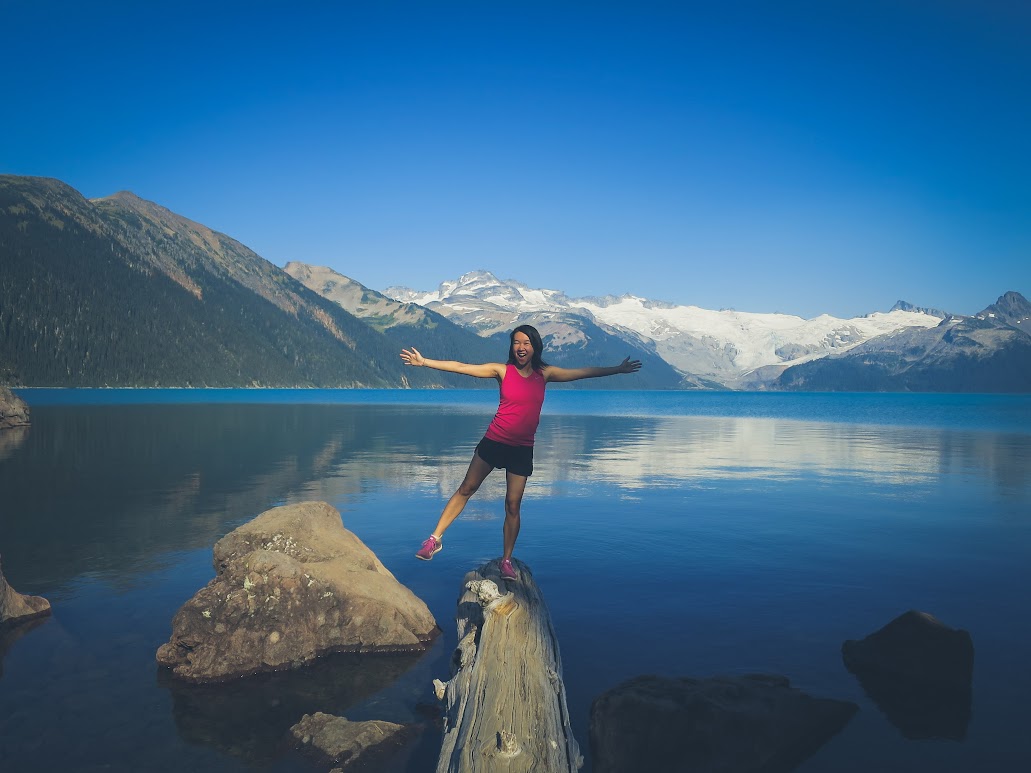 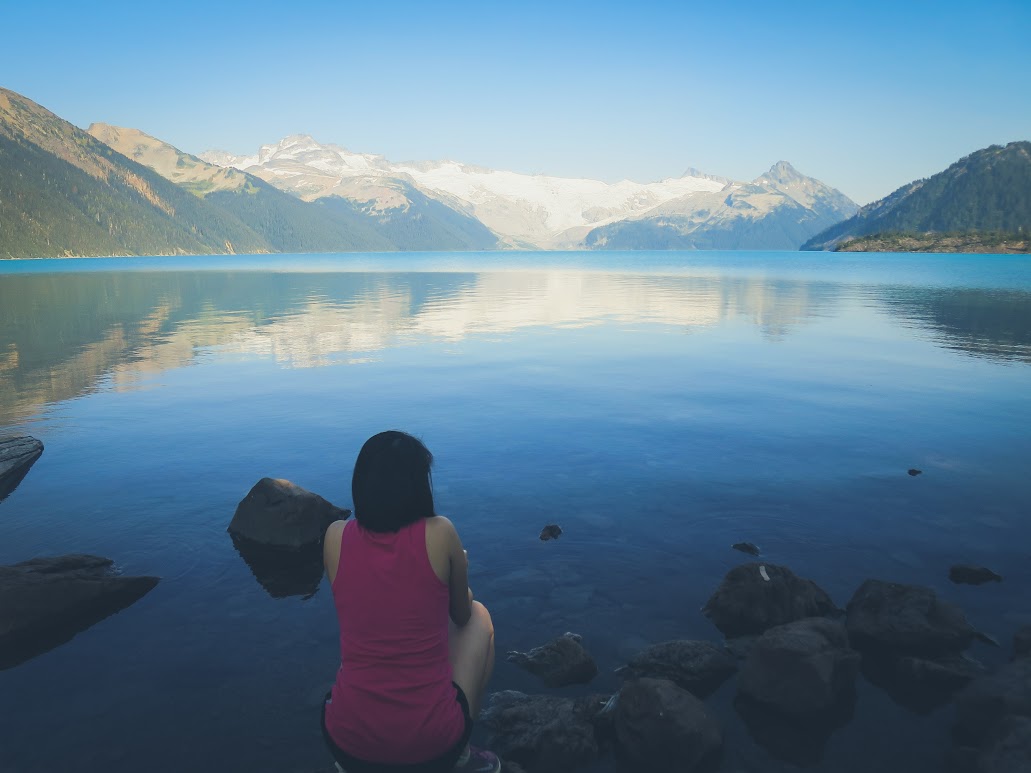 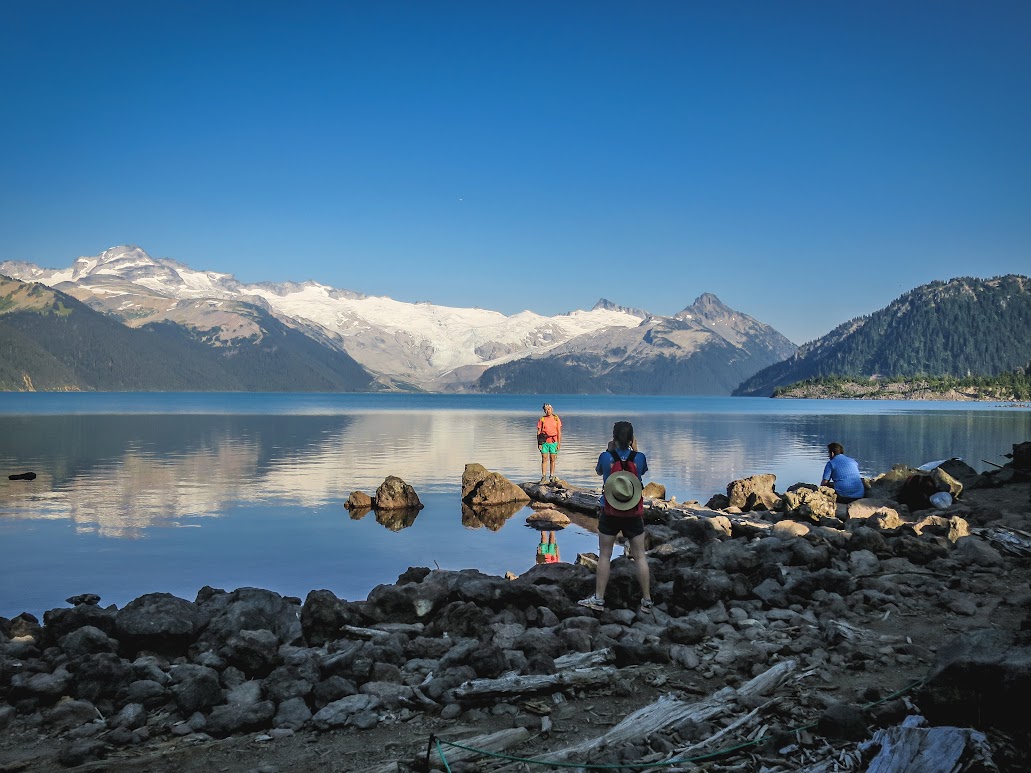 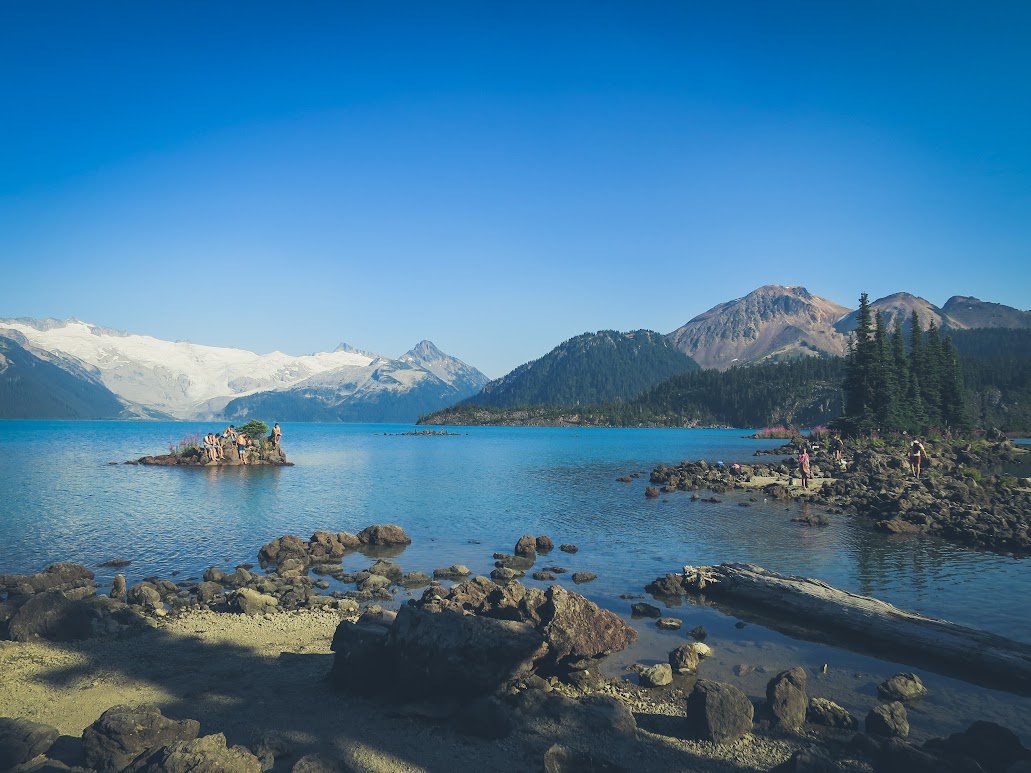 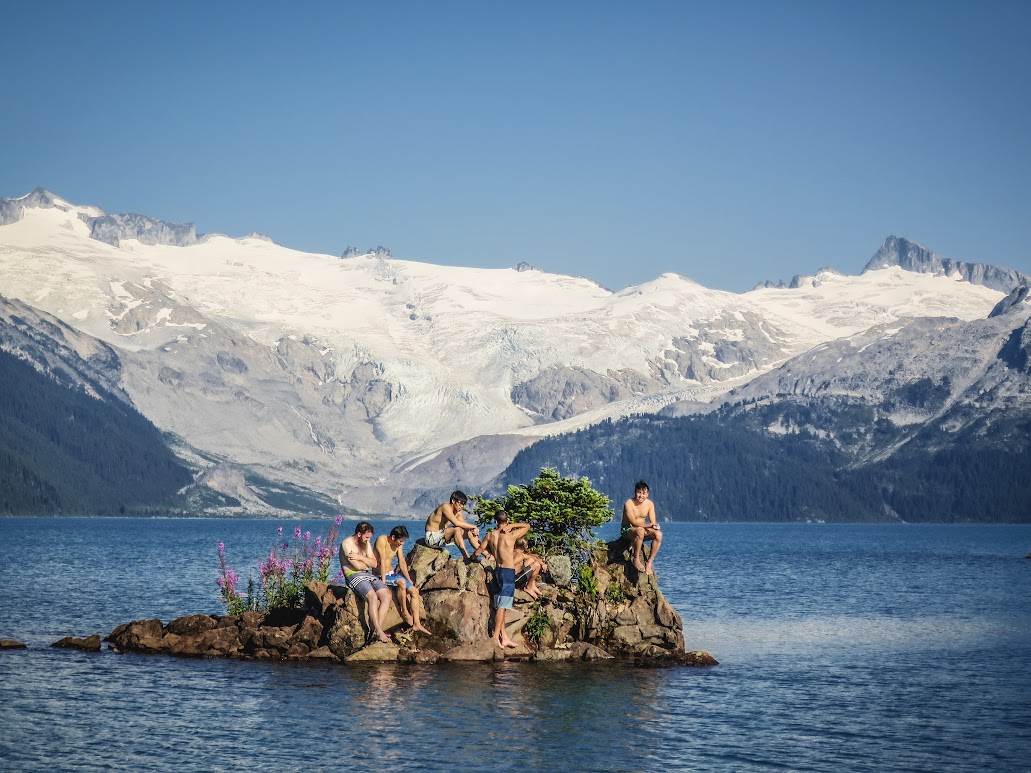 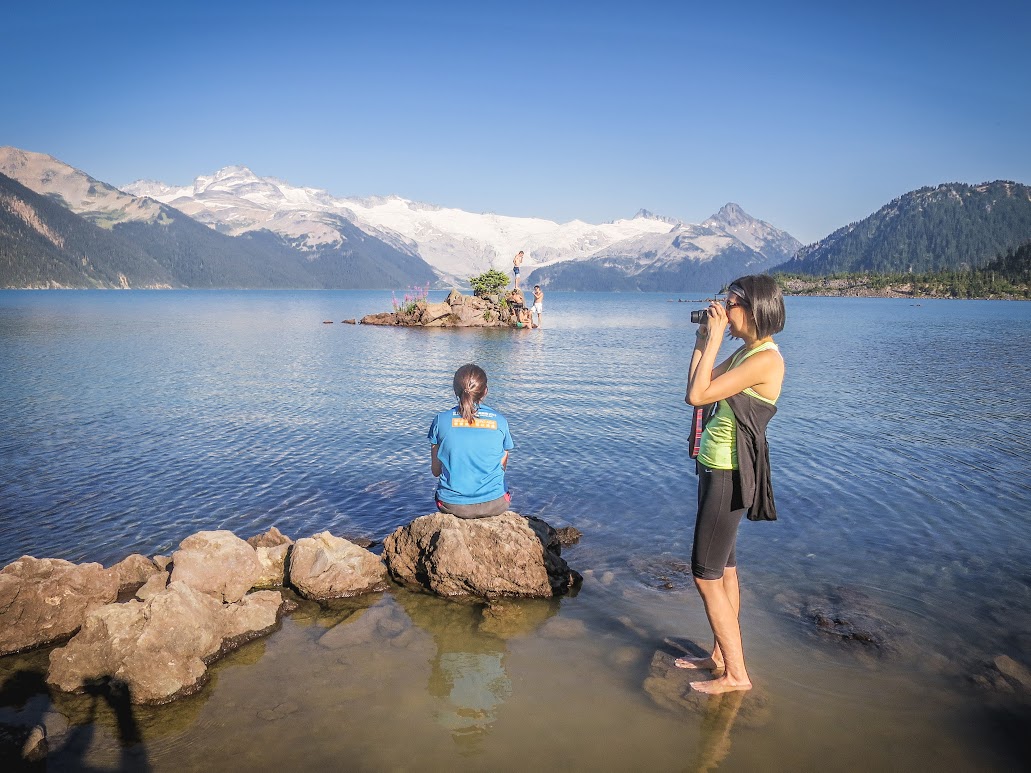 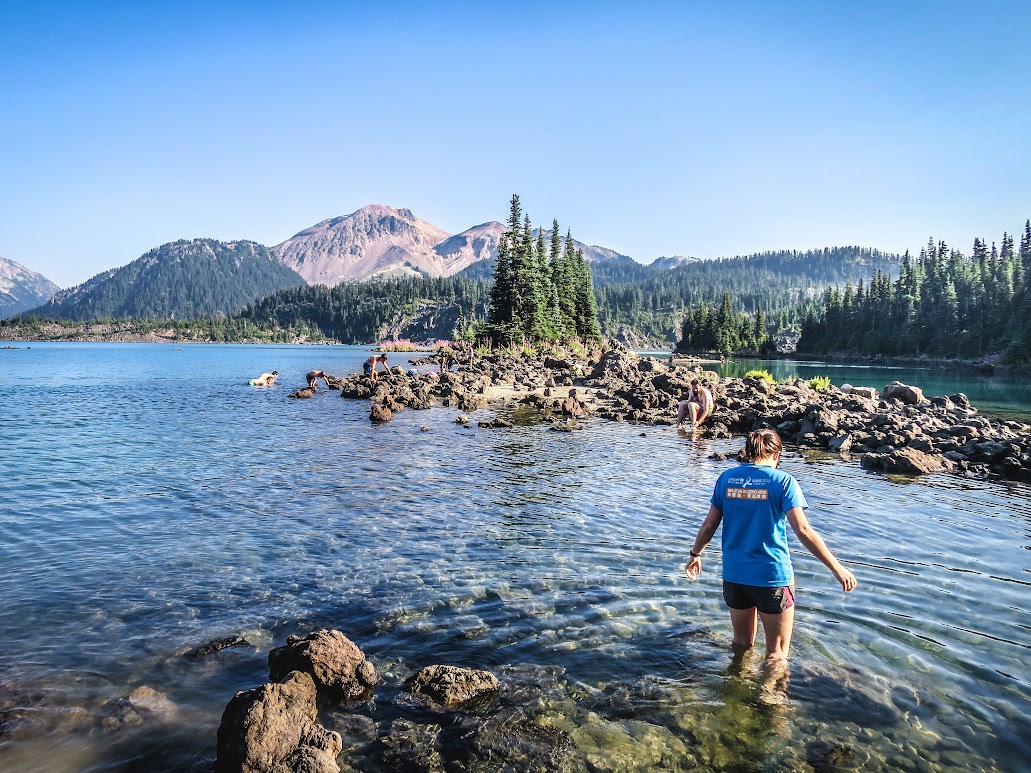 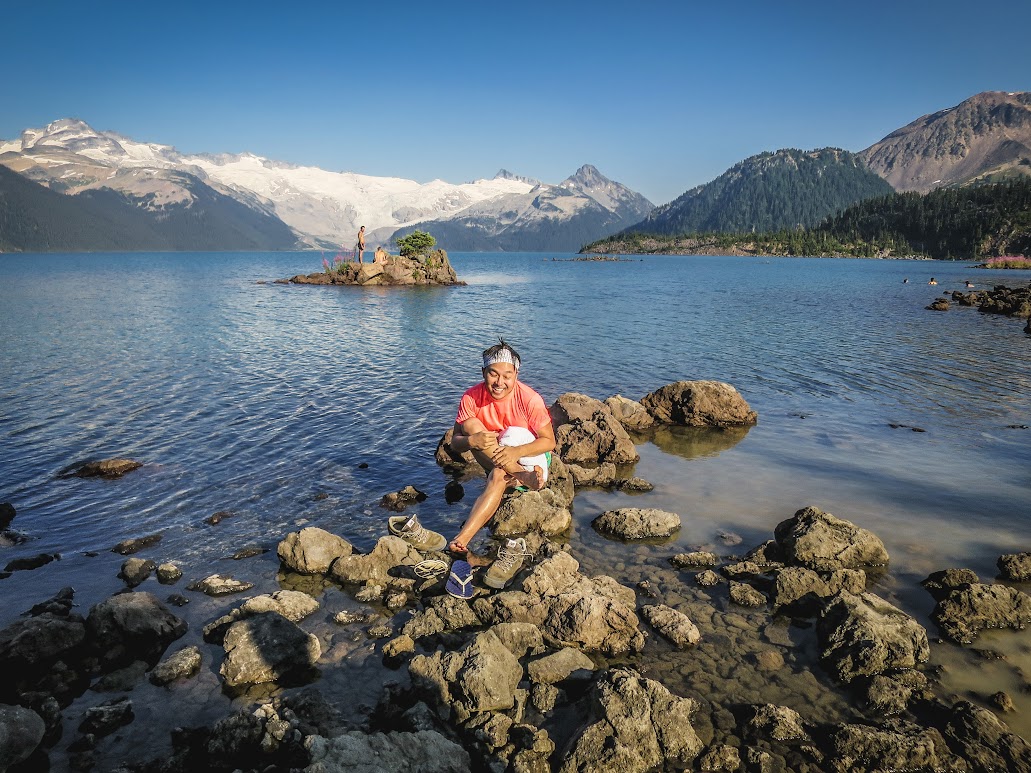 An Unexpected Pause from Wilderness to City

Still, it’s not all in our heads. Coming from the suffocating streets and concrete canyons of Hong Kong, this rocky beach in the mountains felt plenty solitary to me. Cool alpine winds blew steadily across the lake, sending ripples that gently crashed against broken stones, as the late afternoon sun cast the world in long shadows. On our drive back to Vancouver, long after the sun had set, Dan’s car sputtered and broke down, and we pulled over onto the side of the highway. In the pitch black, we sat and lay down on the cement barrier separating the road from the forest, looking up at the stars and enjoying the unexpected pause in our evening. The flashing amber lights of the tow truck interrupted our little retreat on the margins of the outdoors, and, soon enough, we were approaching the bright lights on the Lower Mainland, slipping from wilderness to city with the greatest of ease. 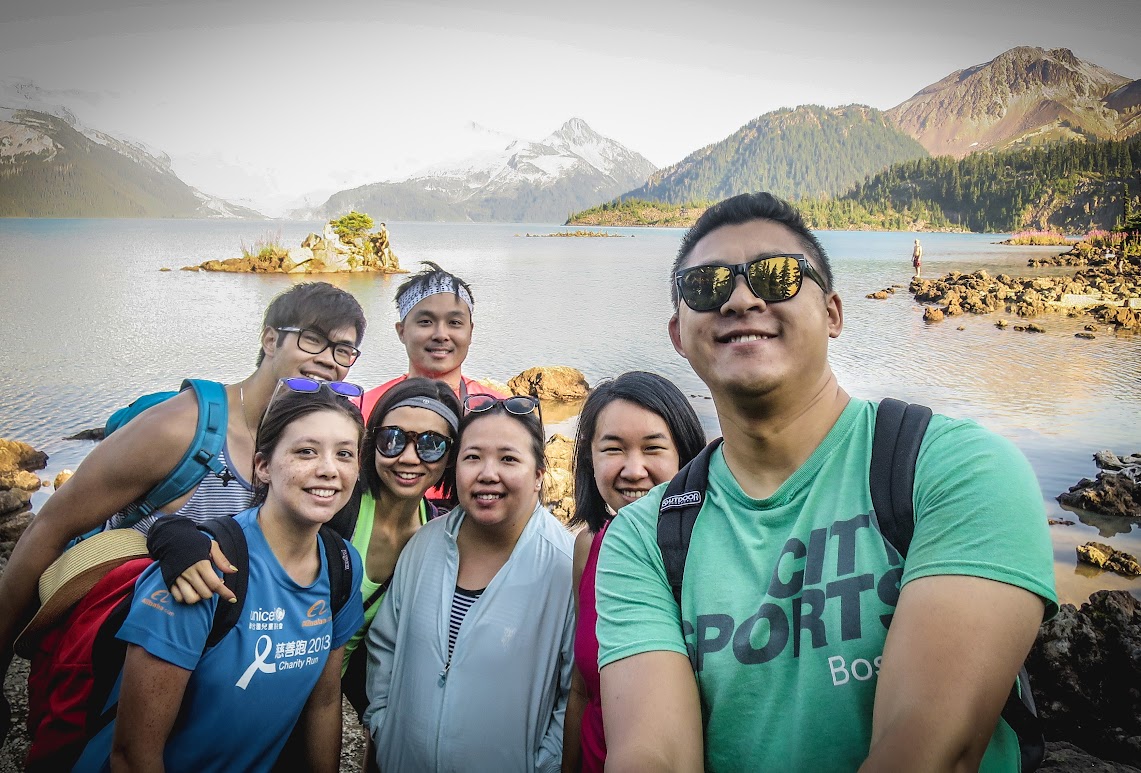