Winters in Hong Kong tend to be mild affairs, with maybe two or three days dipping below 10 C a year. It can often feel much colder than that, admittedly, owing to the lack of central heating and the buildings designed to keep out heat, not retain it. All in all, though, I rarely need a jacket when I’m out and about, and I tend to look forward to those short months in Hong Kong when I can wear sweaters without perspiring uncontrollably. There are times, however, when the chill of Hong Kong winters just isn’t enough, and we actually begin to miss the ice and the snow of our days growing up in Toronto and Denver. So when Ashley and I began thinking of where to go next after coming back from sunny Okinawa, we took a good, hard look at our list of winter holiday destinations. It’s not a very long list, and one location stood head and shoulders above the rest: Iceland.

Before I get into our Icelandic adventures, however, the dictates of proper chronology require me to make a brief stop in Stockholm. Our flight to Reykjavik included a 24-hour layover in the Swedish capital, and, though it wasn’t the ultimate destination, it seemed a charming enough place to wander around in and acclimate ourselves to the winter weather. Besides, as a young hockey fan in Canada, Sweden’s place in my imagination was filled with names like Sundin, Forsberg, Naslund, Lidstrom, Alfredsson, and Salming, and I secretly hoped to run into one or two Tre Kronor legends while I was in town. So on a cold February afternoon, Ashley and I arrived at Stockholm Arlanda Airport, catching the 20-minute Arlanda Express train ride into the city center. From Stockholm Central Station, it was a short walk to our accommodations for the night, the centrally-located Crystal Plaza Hotel.

We didn’t do very much research into Stockholm, as we didn’t have too many daylight hours in the city, and most of our preparation time before the trip was spent ironing out our Iceland logistics. That afternoon, after checking in to our cozy lodgings, we walked through the city with little to do on our agenda, keeping our eyes peeled for interesting neighbourhoods and streets, while walking in the general direction of Gamla stan, the old town. The sun was already on its way down as we walked past green copper statues and bundled-up skaters going round and round a frozen pond. We took a moment to take in the nostalgic sight of skating in the city, breathing in the crisp winter air and feeling the cold rush through our lungs and into our extremities. 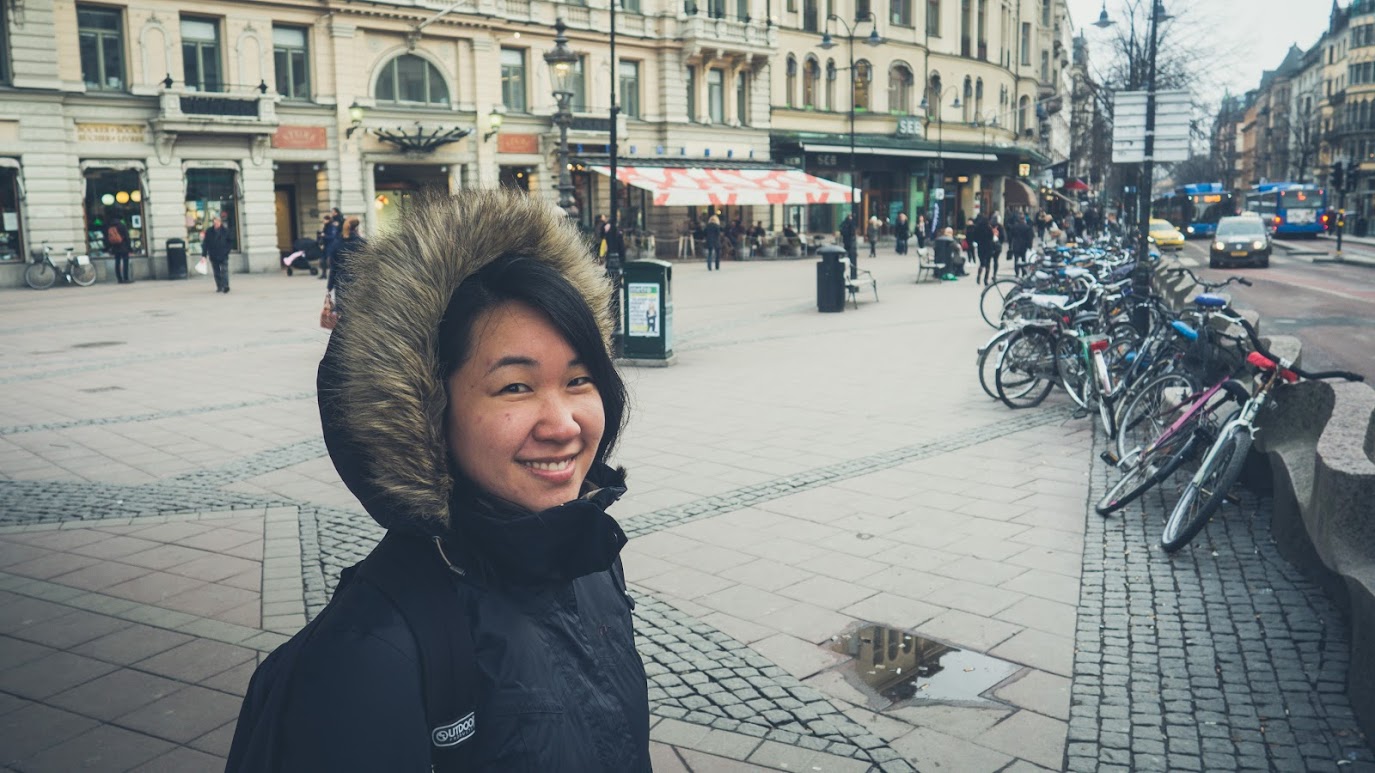 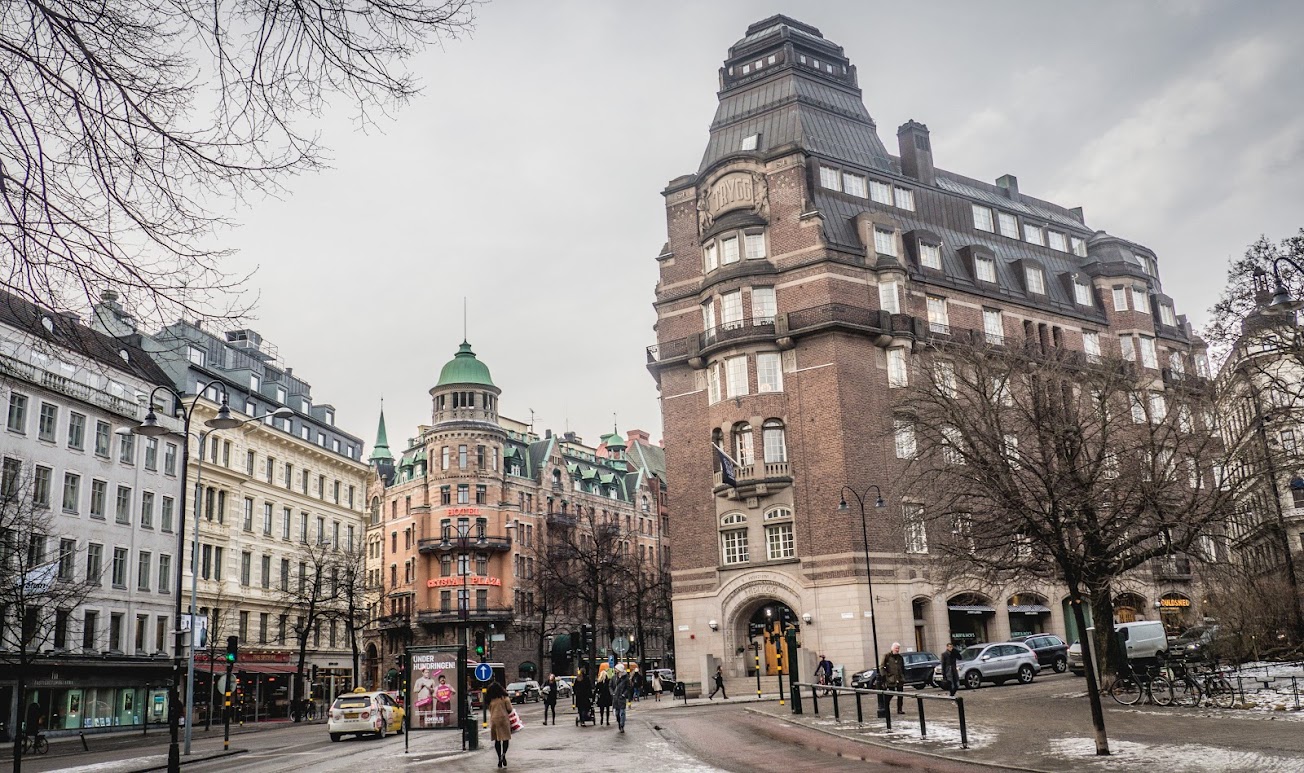 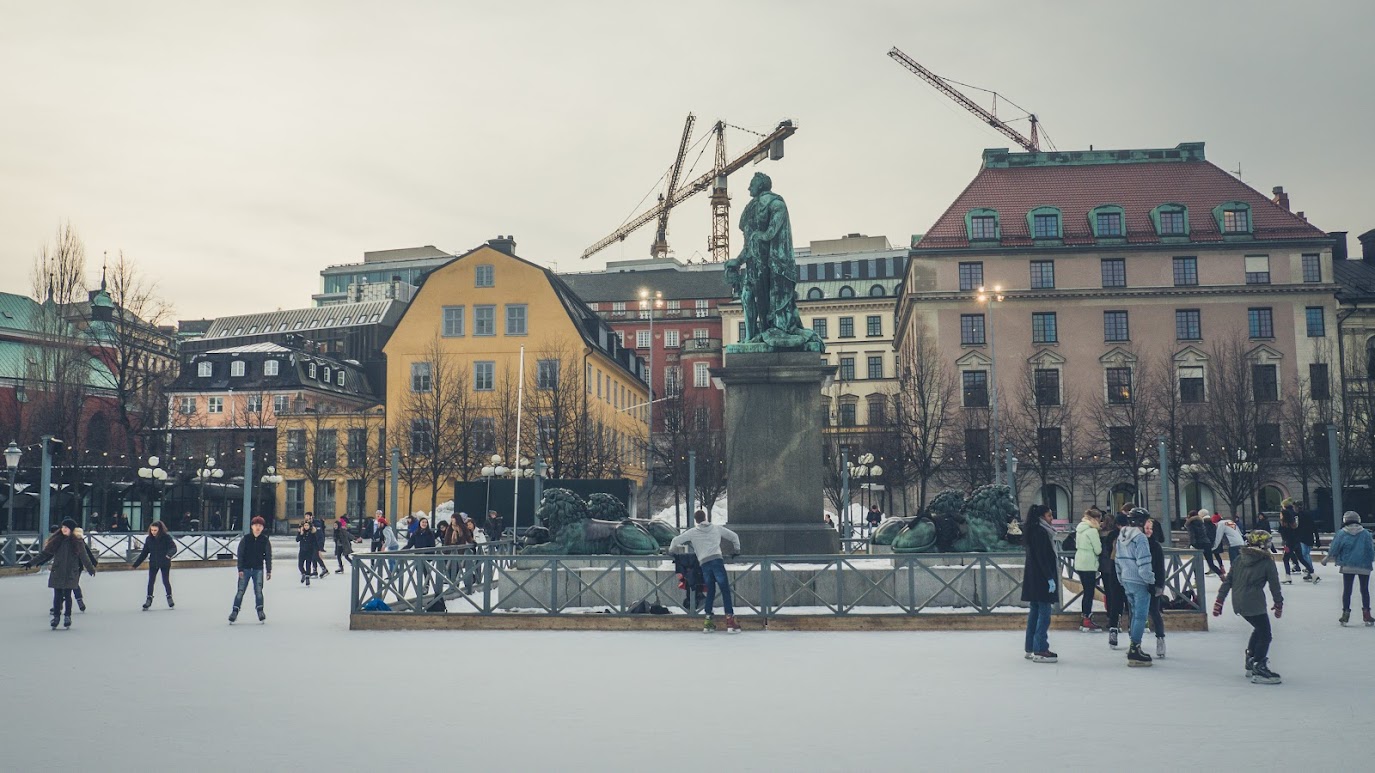 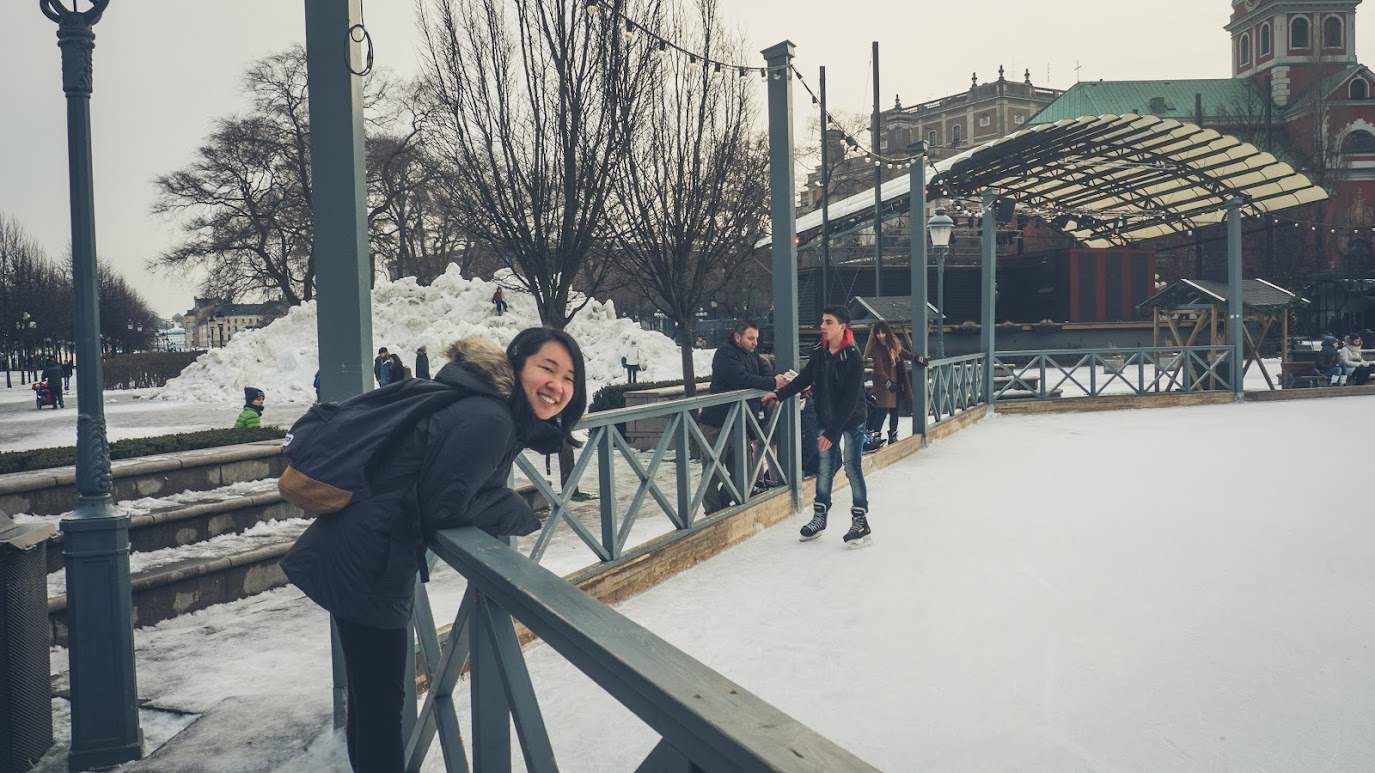 The Town Between the Bridges

Gamla stan is the historical heart of Stockholm, though the city has long since out-grown its ancient boundaries. Up until 1980, the neighbourhood comprising the old town was known as Staden mellan broarna, the Town between the Bridges, a reference to its island geography, and many of the city’s most historic buildings and structures dominate its icy shoreline. Ashley had made dinner reservations for us at a restaurant inside Gamla stan, and we spent the rest of the late afternoon and early evening strolling through its cobblestone streets, looking hungrily into the bakeries and cafés that lined its medieval squares. 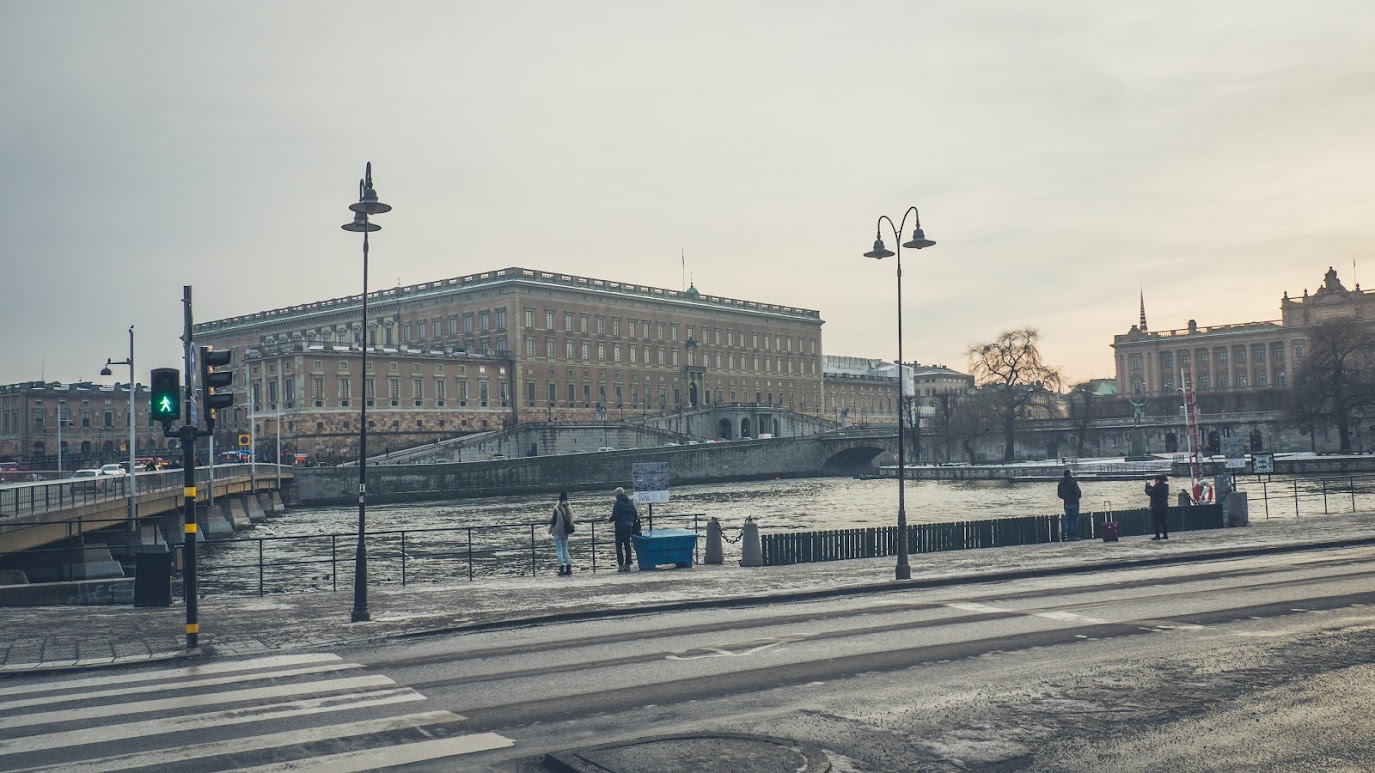 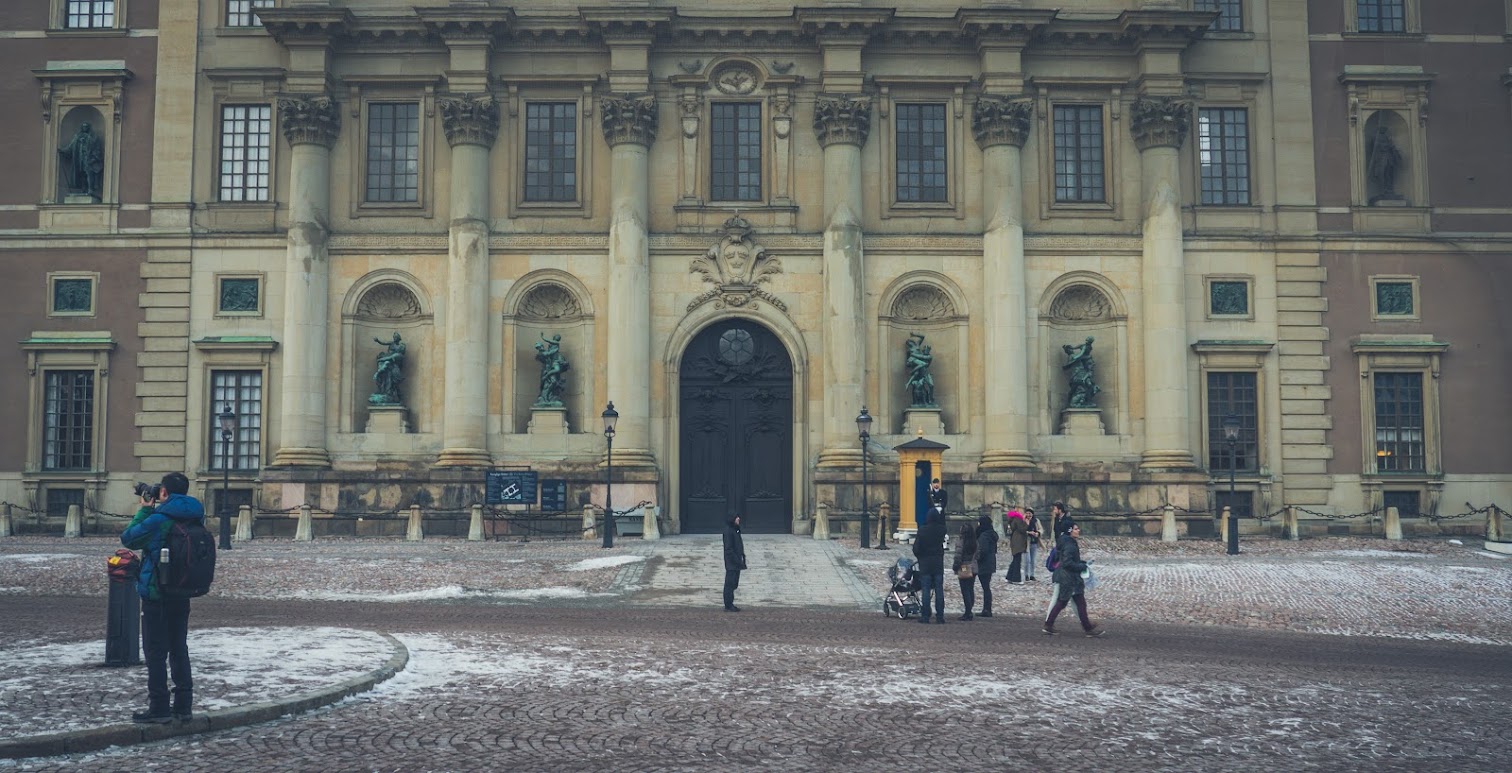 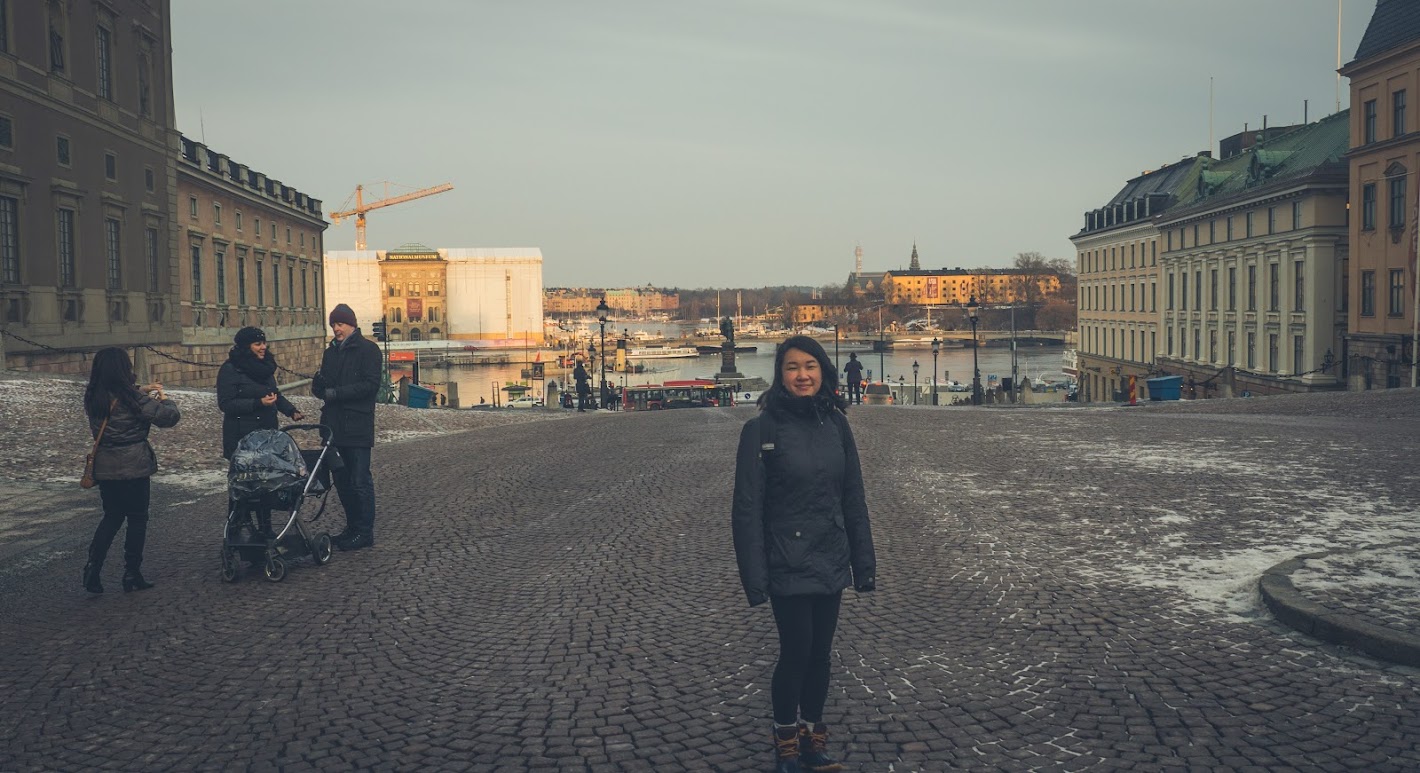 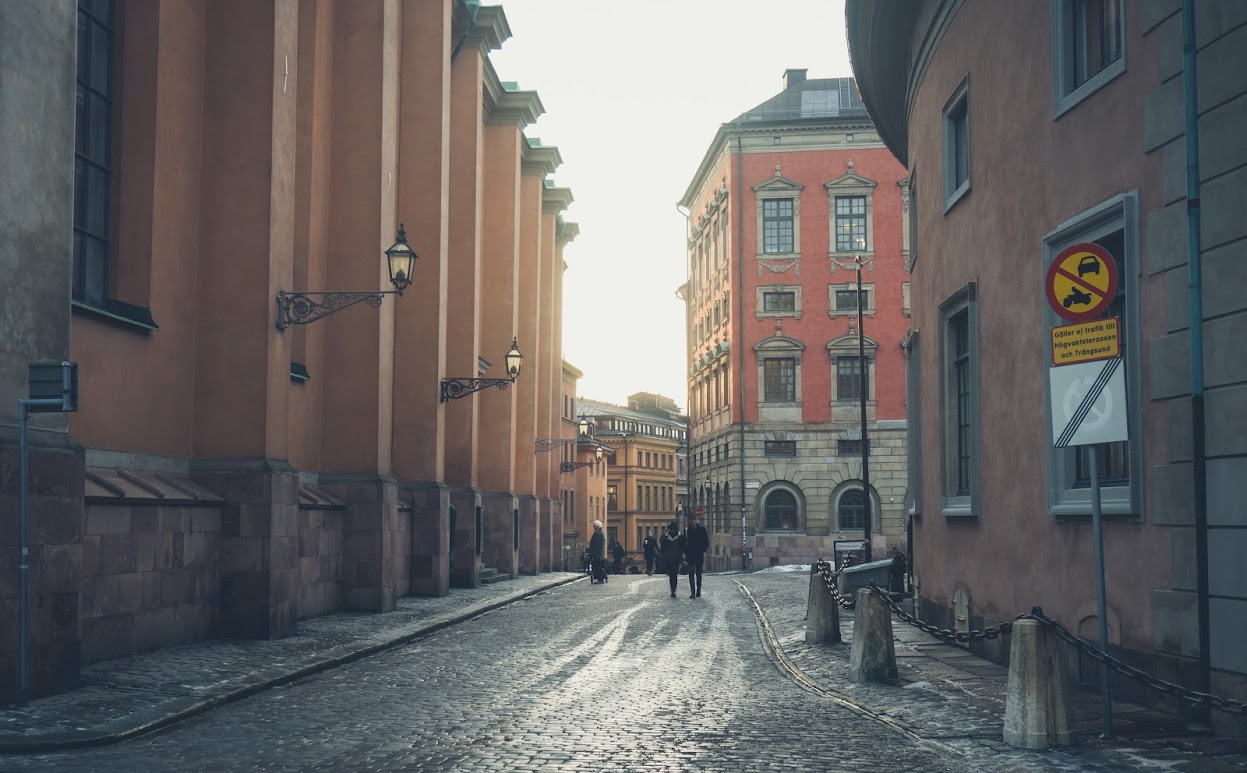 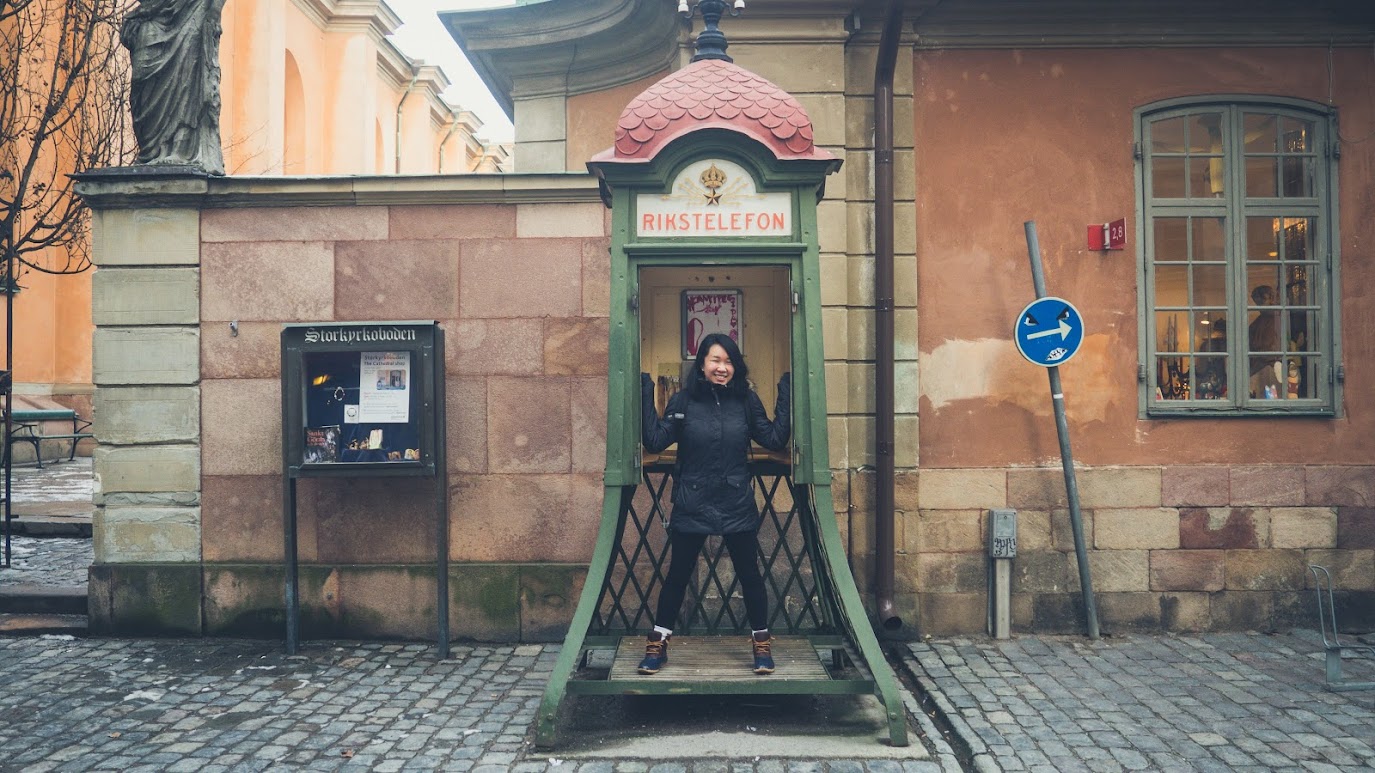 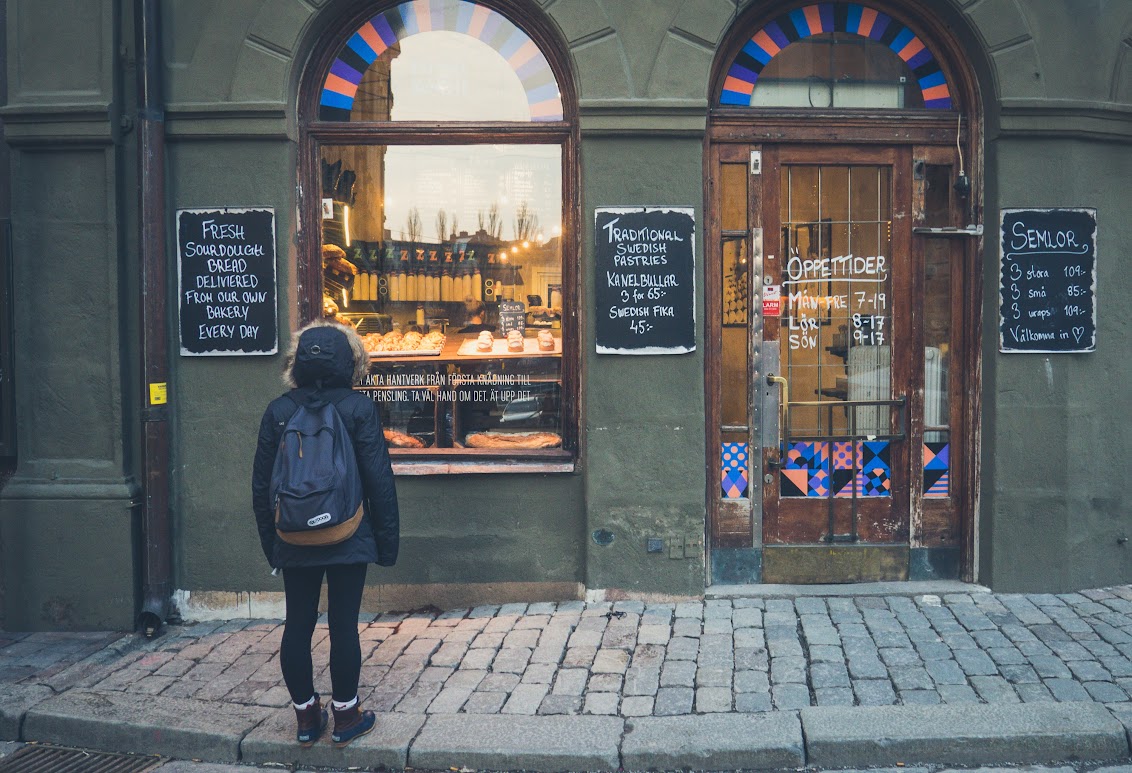 Eventually, we reached Stortorget, the oldest public square in the city, located in the middle of Gamla stan. Colourful buildings and homes once owned by Swedish nobles and wealthy businessmen surround the small space, and, for hundreds of years, Stortorget was the civic and political nerve center of Stockholm. The days of lawmaking and influence have long since passed, however, and nowadays the square’s picturesque buildings are its main attraction. As we left Stortorget, The temperature began to drop noticeably, the afternoon rapidly turning into evening, and we made our way slowly to the restaurant through the emptying streets. Our dinner was at a place called Djuret, a shop with a unique philosophy on menu creation. All dishes are created on a seasonal basis, switching up every few months or so, and every meat dish during a particular season is made from the same animal. When we were there this past February, the animal was wild boar. Diners have two options: either the meat or the vegetarian greens, each one having a four course or a six course set, and the restaurant handles the rest. We both ordered the meat option, though Ashley chose the smaller four course set, and it did not disappoint. 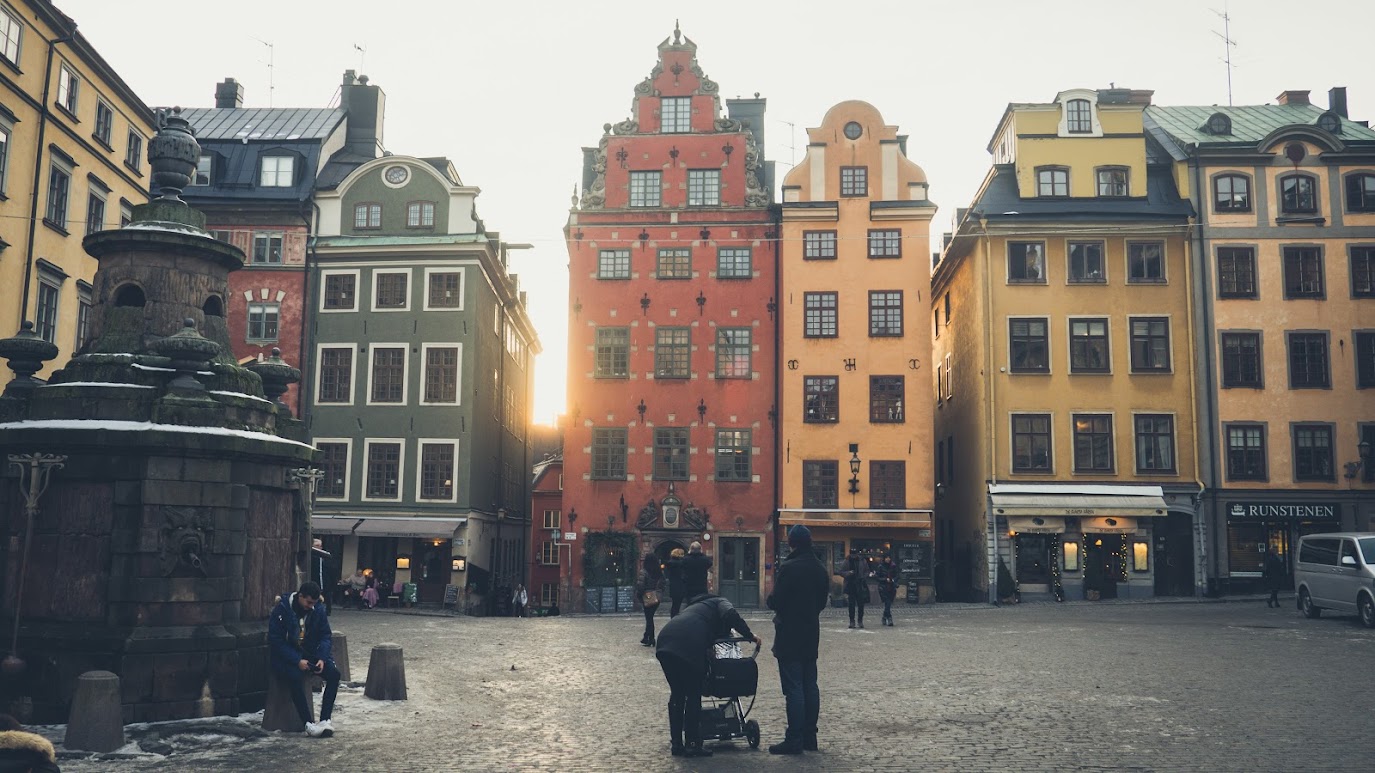 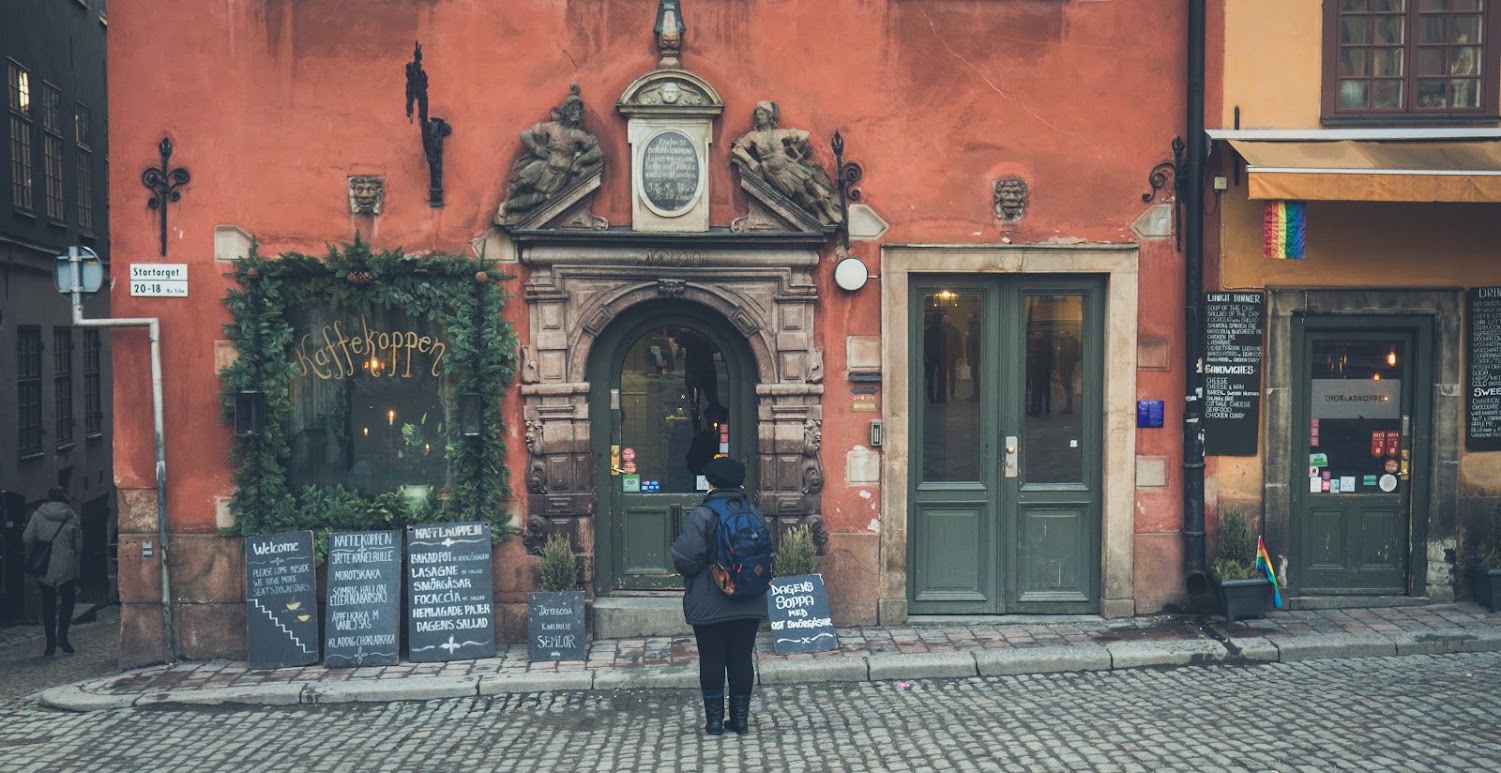 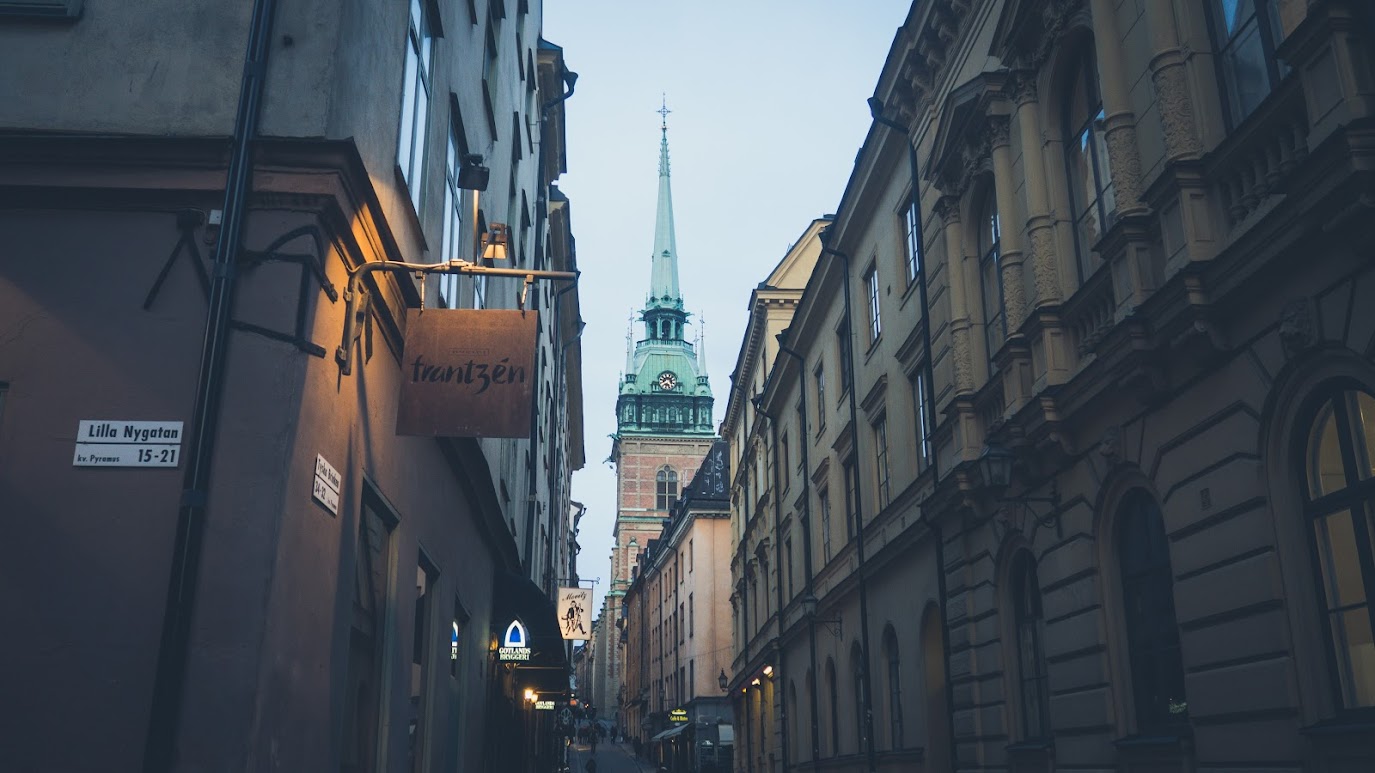 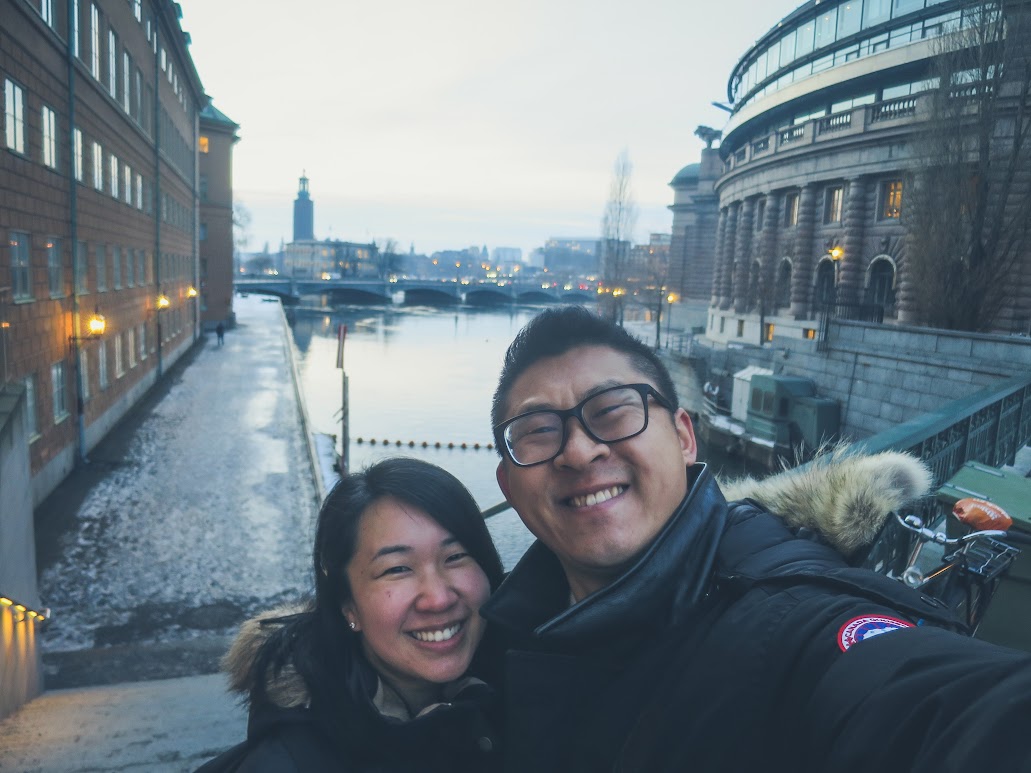 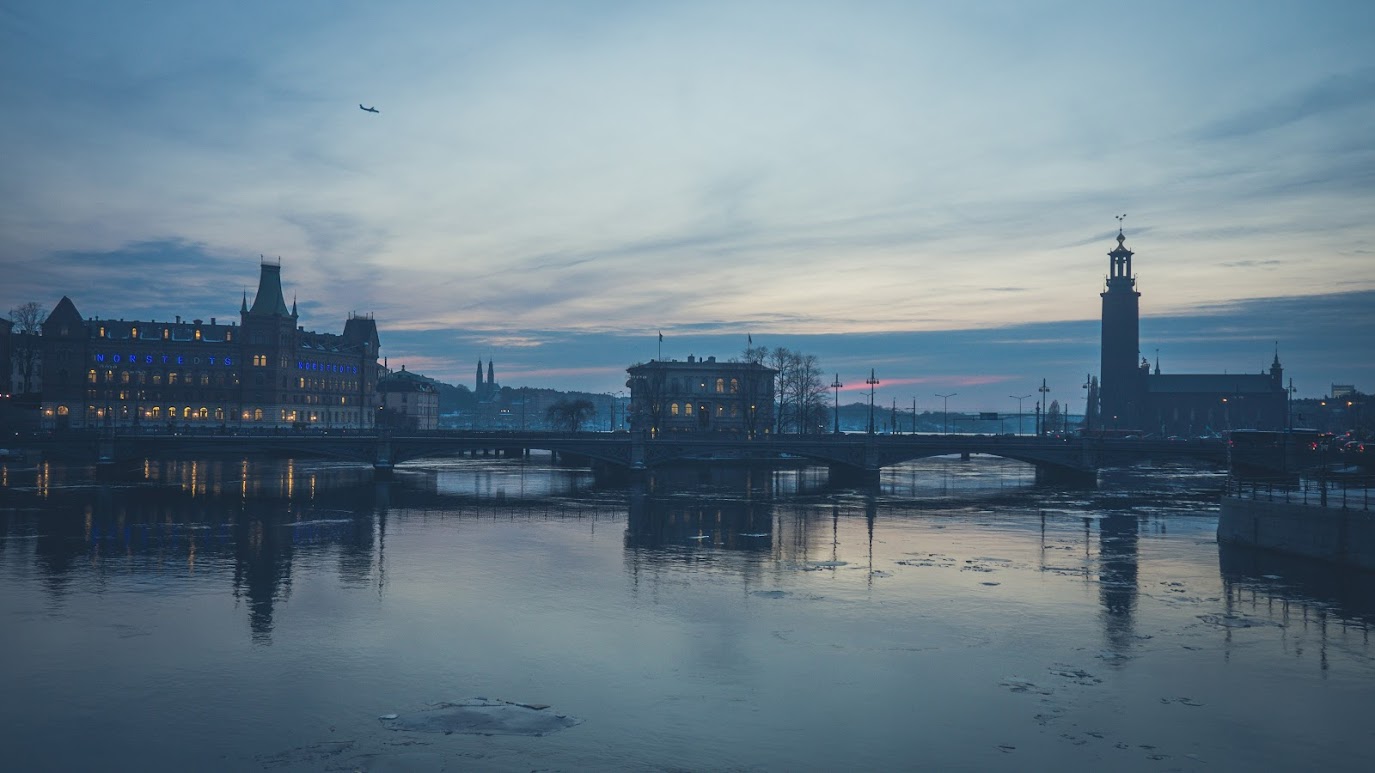 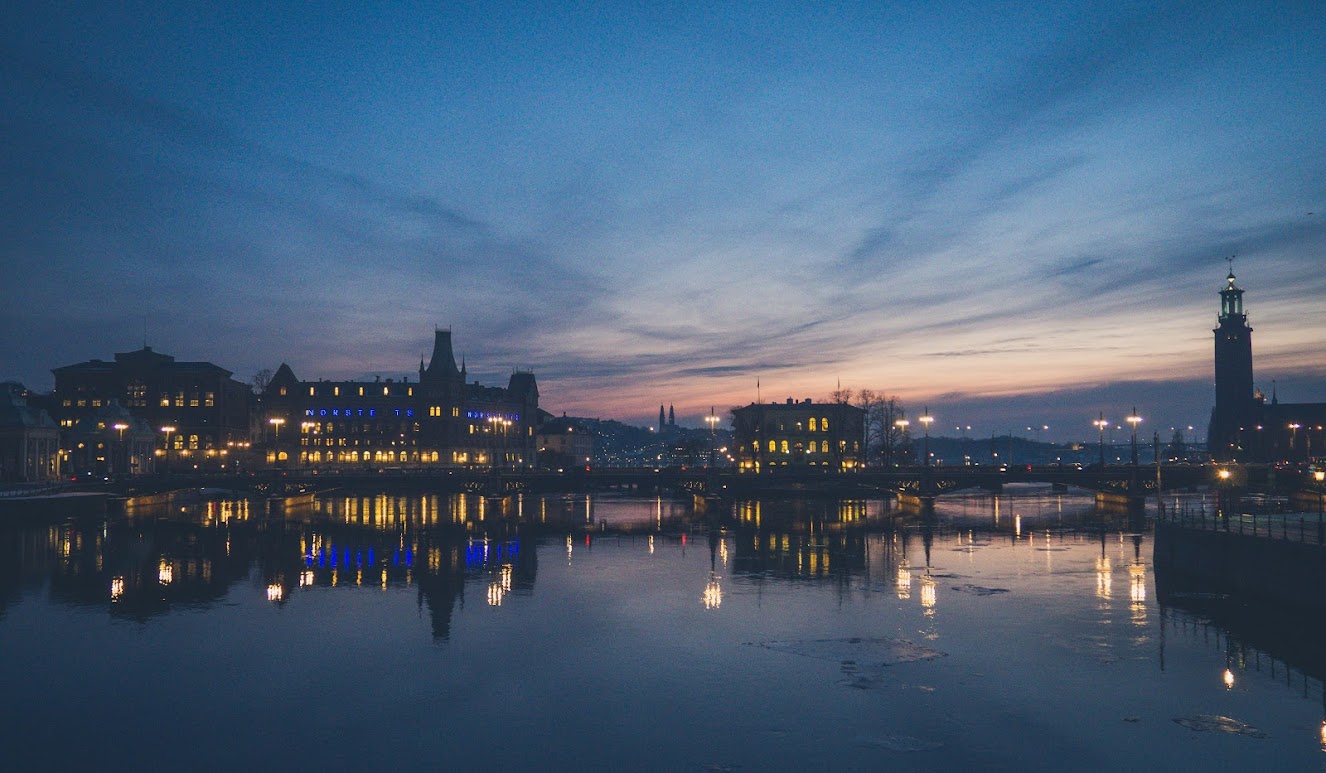 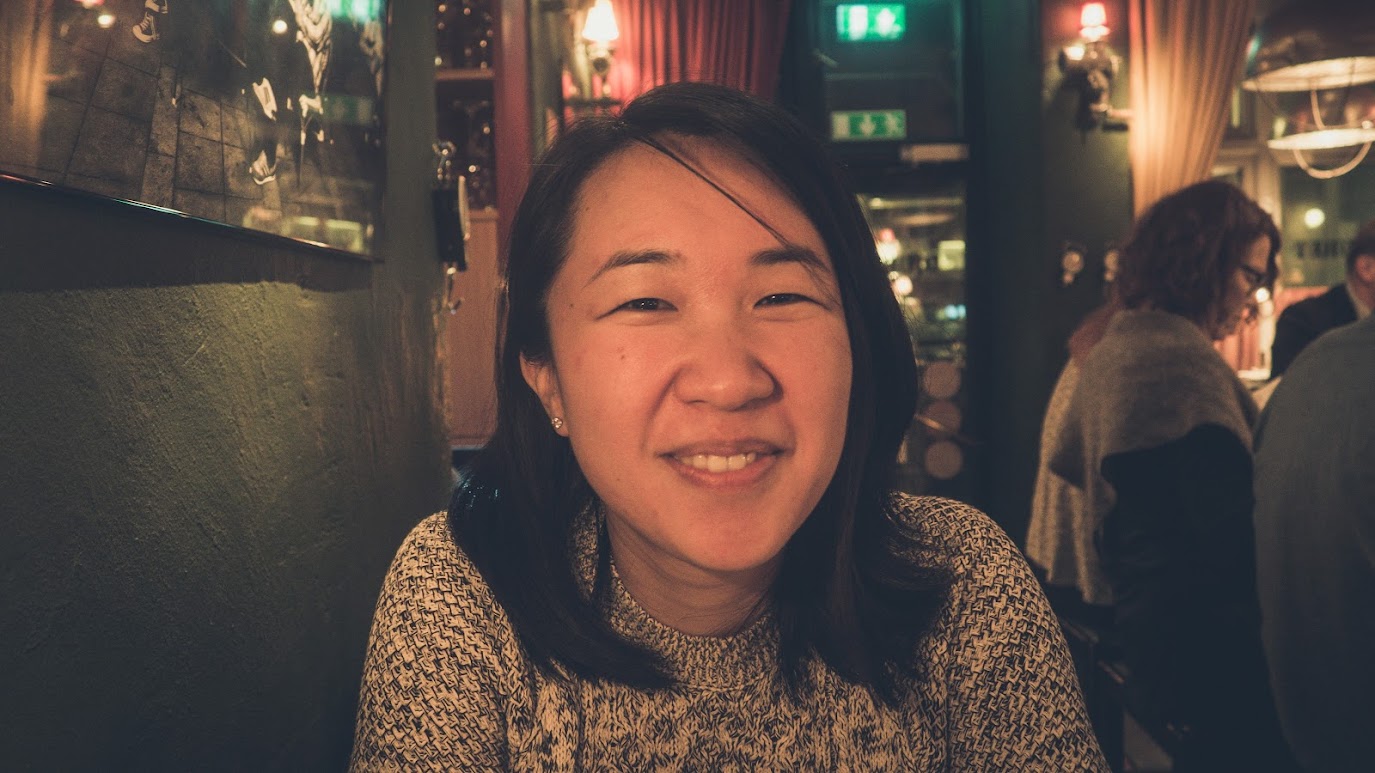 The next morning, we did one last walk around town, going back towards the Gamla Stan area. The February winds were in full force, but it felt good to be outside in the cold and the frost. It was also a useful exercise in testing out Ashley’s jacket for the first time in actual winter conditions. We’d ordered it online in Hong Kong, and, while it looked like it should be warm enough, there’s always a seed of doubt when buying something through the internet. Thankfully, the jacket was more than adequate that morning in chilly Stockholm, and we hoped it’d be enough for Iceland as well. 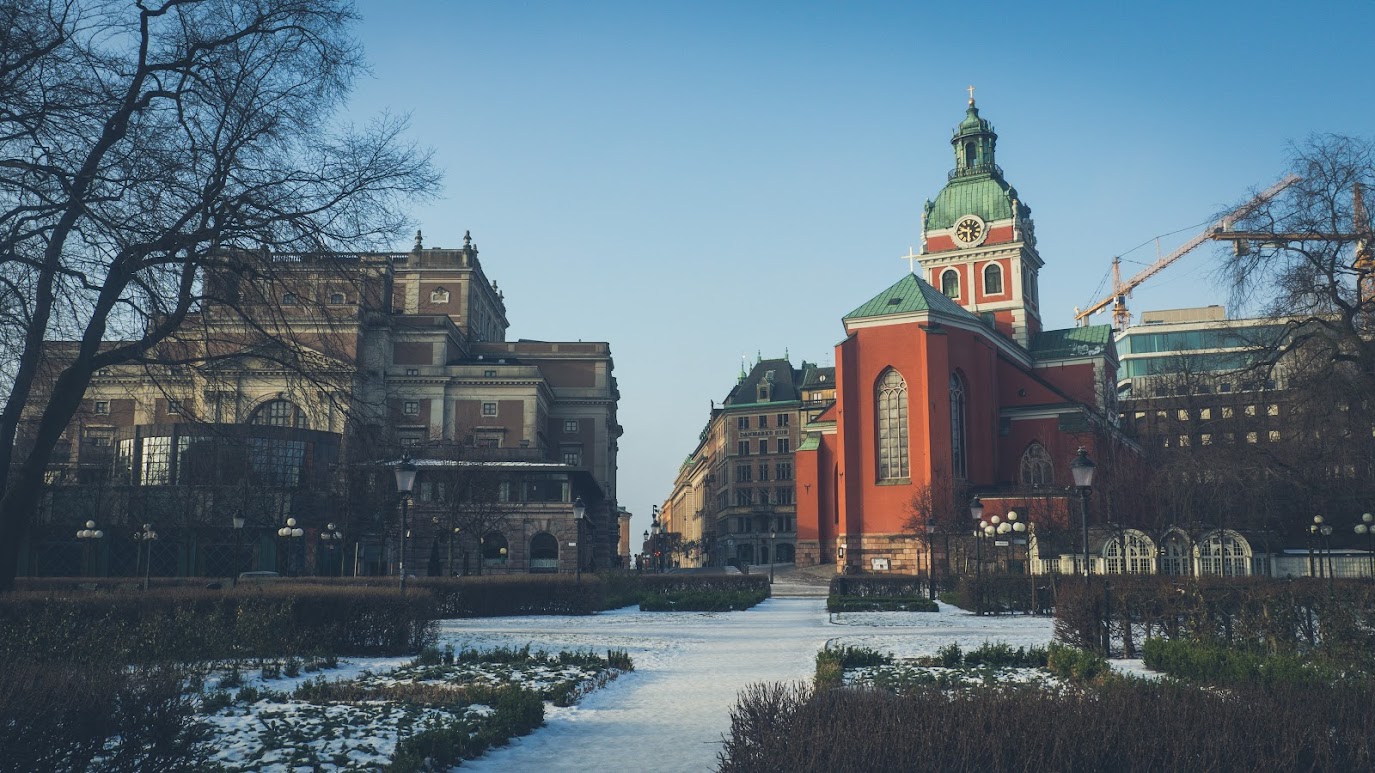 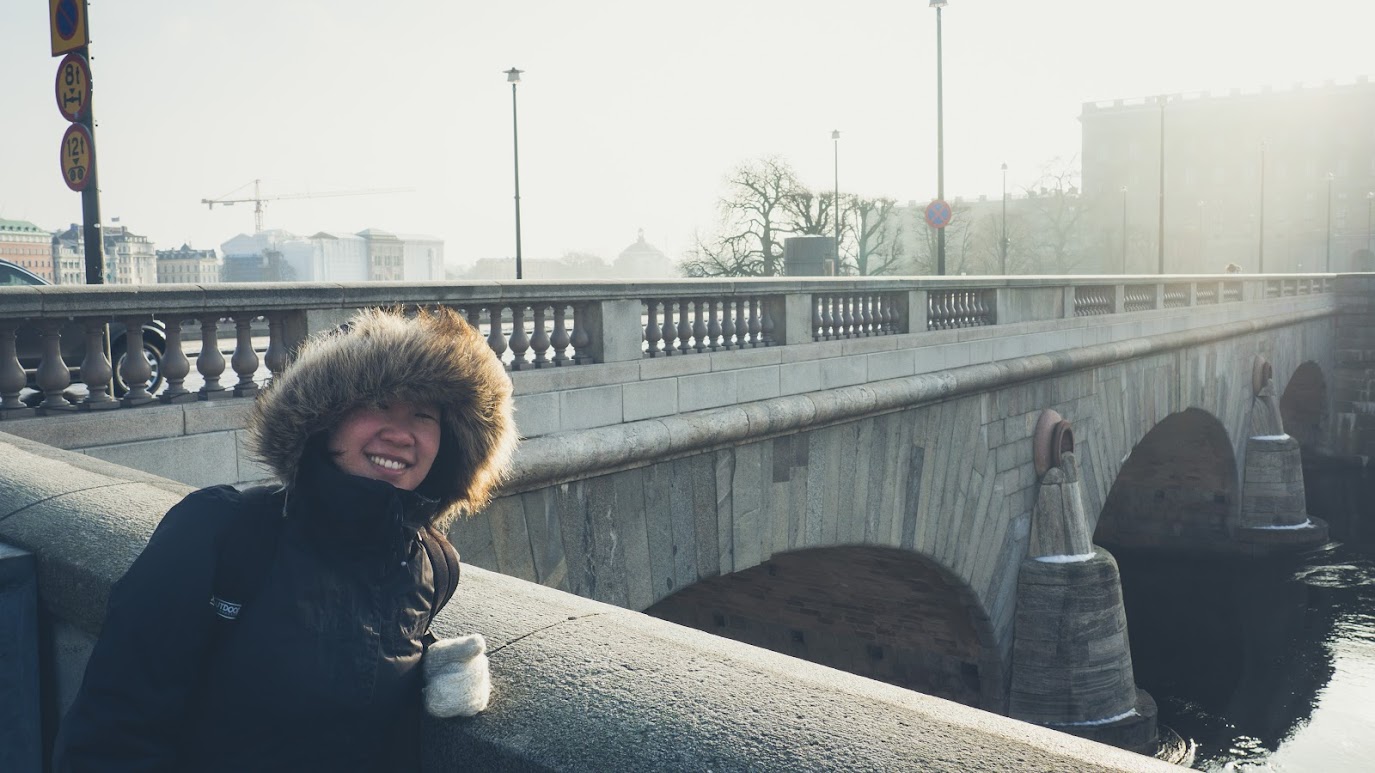 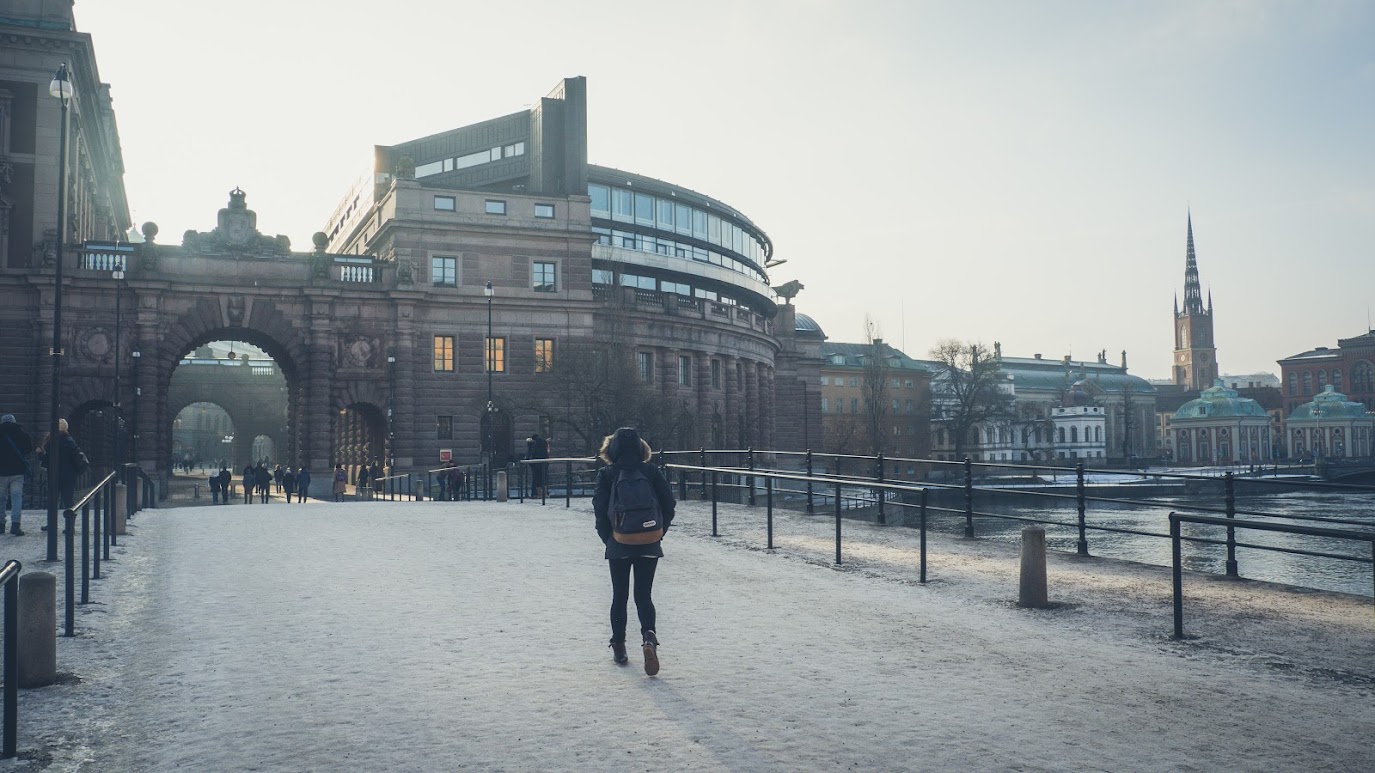 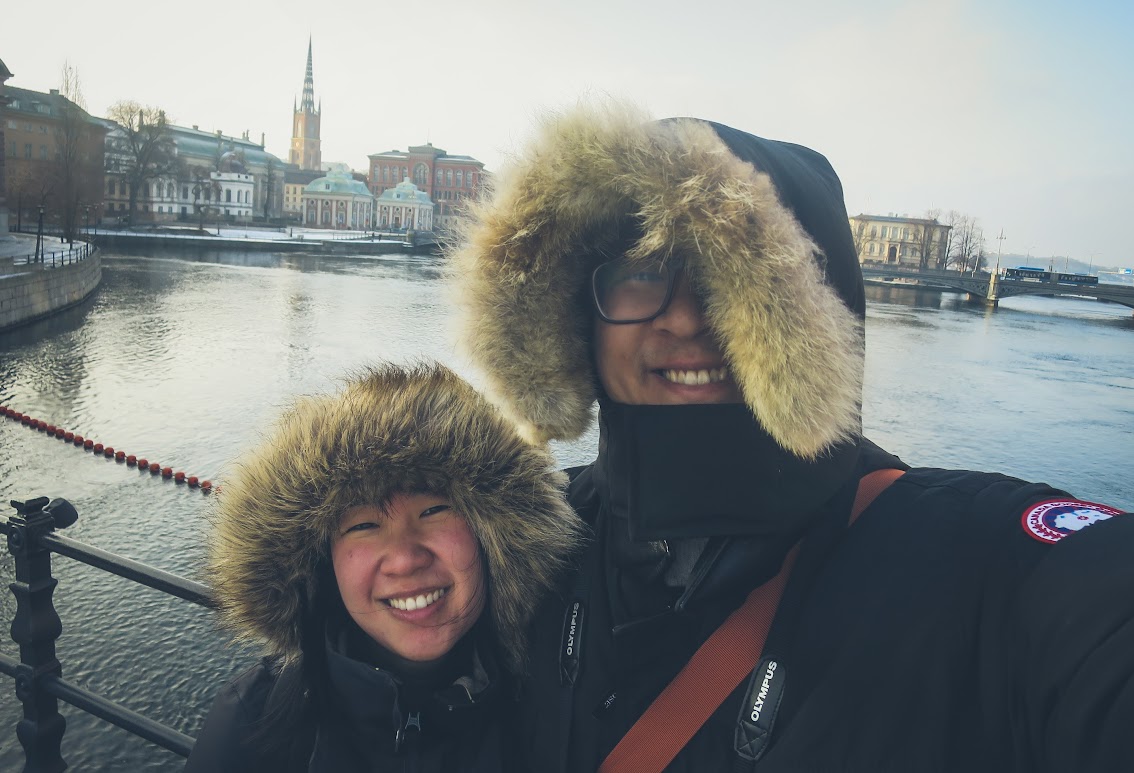 We ended up at the iconic Stockholm City Hall, built in the early 20th Century to house the municipal city council. With its 106-meter tall tower and distinctive reddish-brown brick construction, the building is hard to miss. Ragnar Östberg, the architect and designer of the Stockholm City Hall, was one of the leading figures in the Swedish National Romantic Movement, drawing inspiration from Sweden’s history and folklore to create an aesthetic that embodied his countrymen. Behind the structure, just beyond the Venetian-style columns of the inner courtyard, a small terrace looks out onto the dark blue currents of the Riddarfjärden. From the paved steps by the water, the late morning sunshine filtered through the winter air, lightly covering the cityscape of Stockholm in a breath of faded blues and greys. 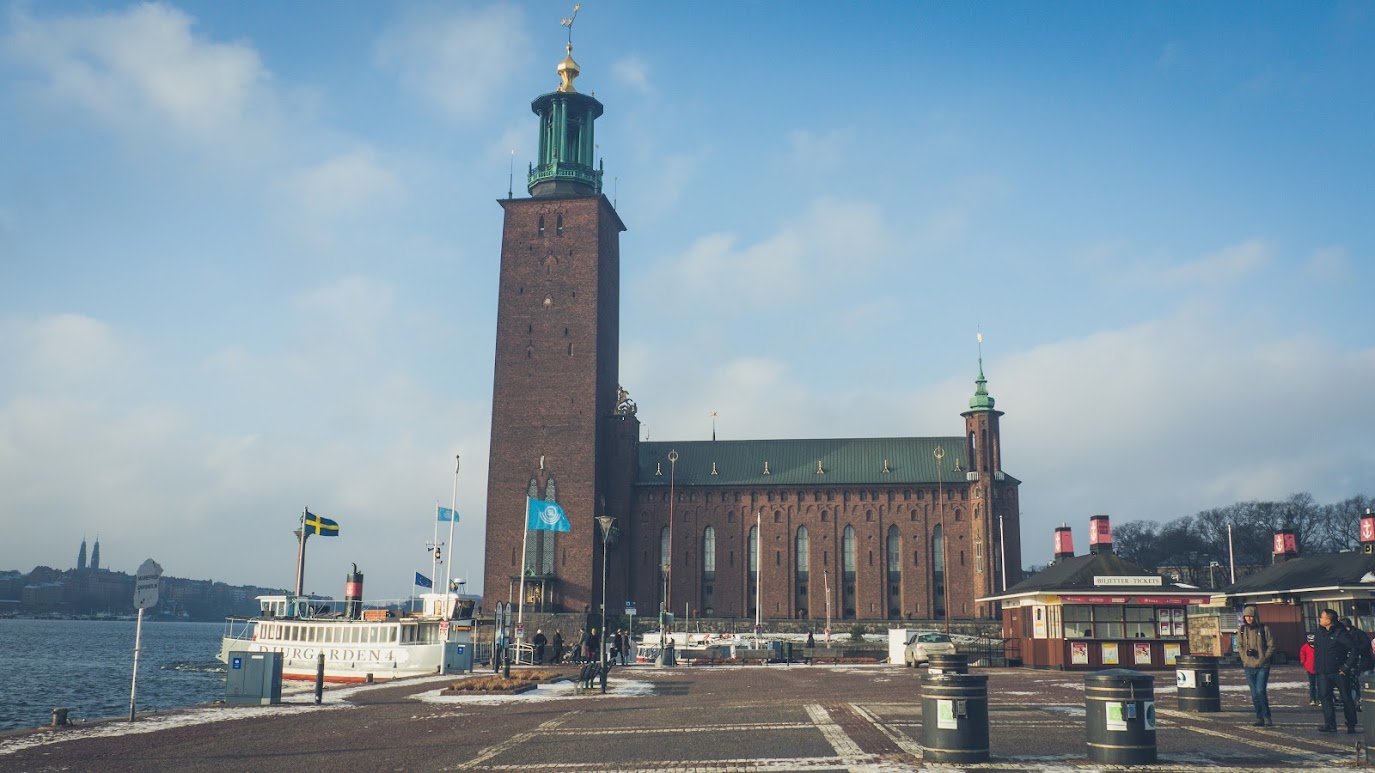 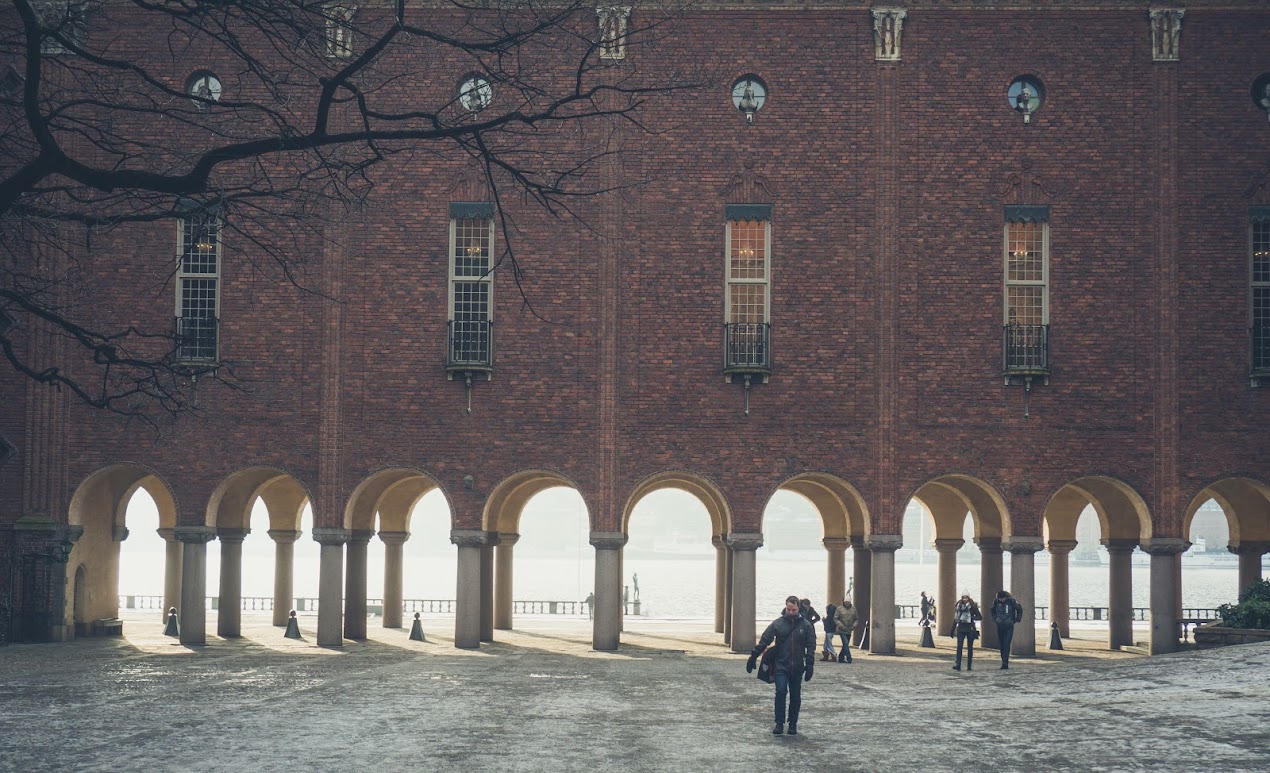 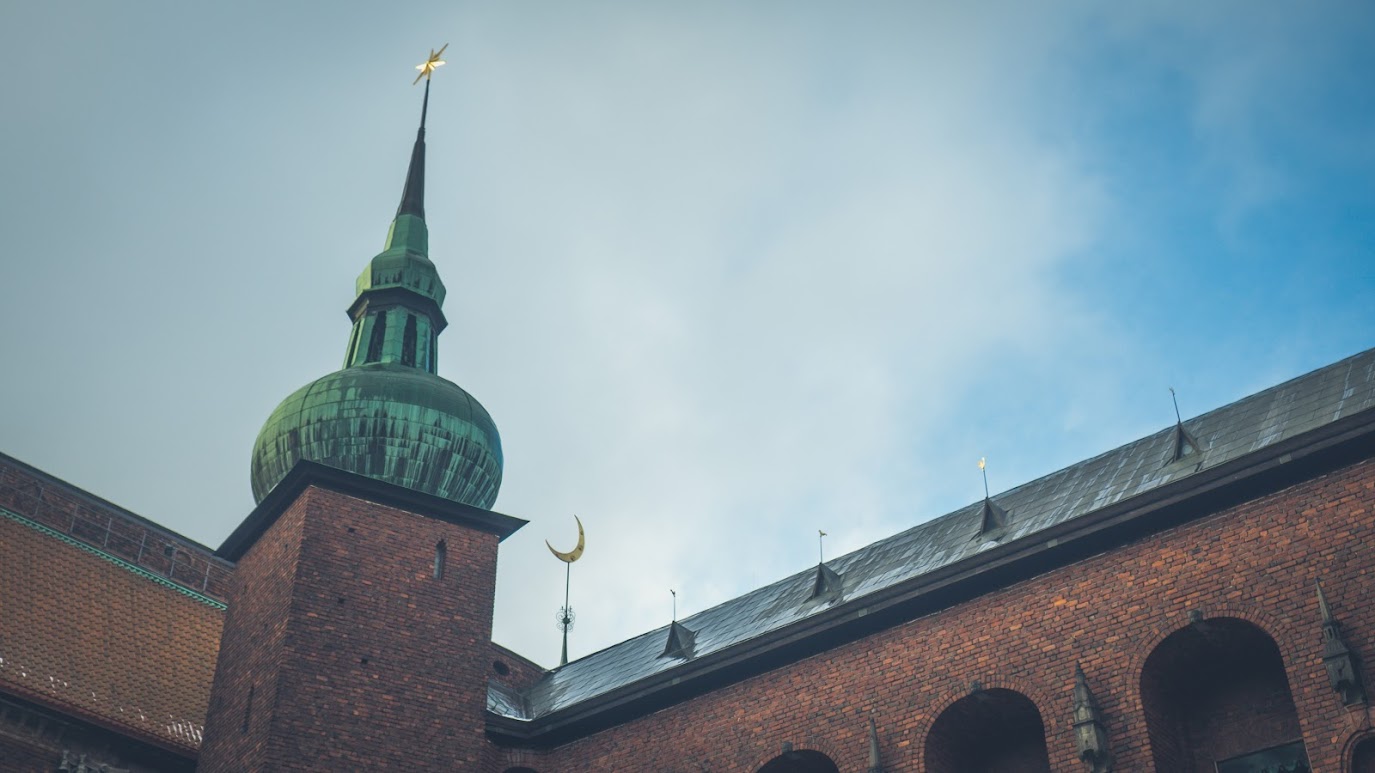 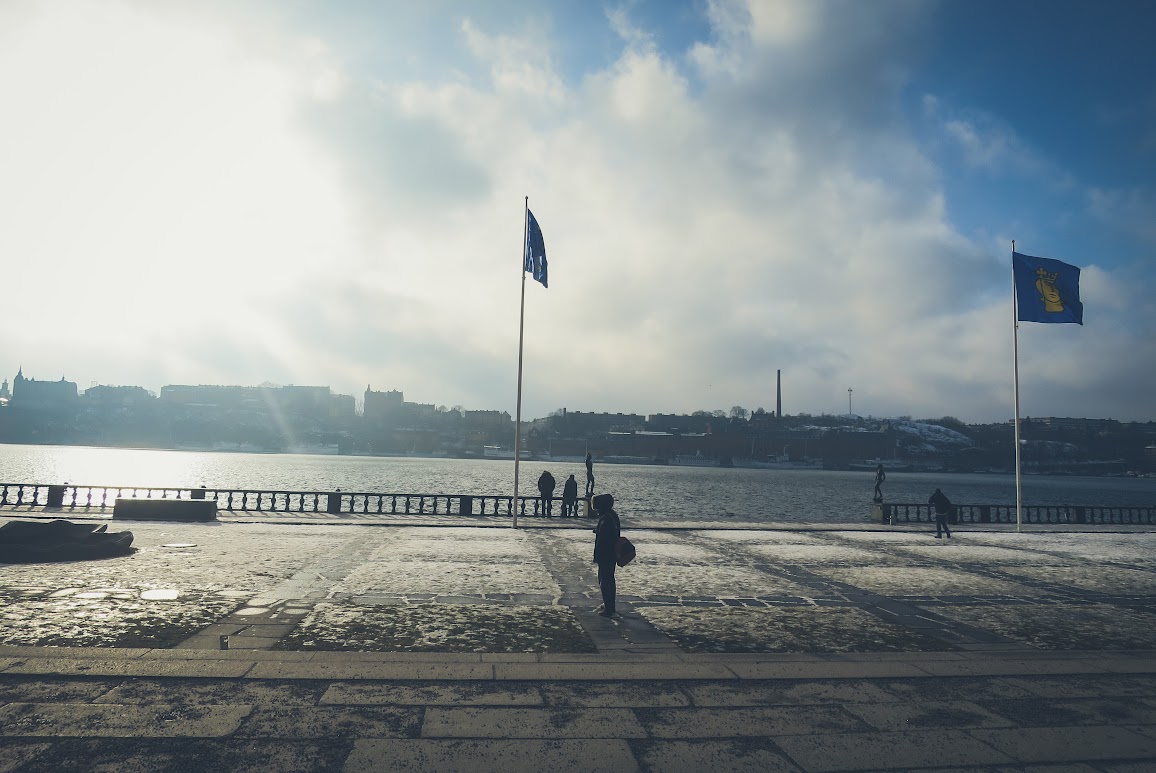 From the Stockholm City Hall, we walked with our bags back to Stockholm Central Station, catching the next Arlanda Express train back to the airport. We didn’t get a lot of time in Stockholm, arriving one afternoon and leaving the next, but we liked what we did see, and there were definitely reasons to stay longer. It felt great to have cold air in our lungs again, though. There’s a certain feeling of clarity that comes with the winter weather, one that is perhaps dulled by the sluggish humidity of our home back in Southern China. Invigorated by the chill winds, we boarded our flight to Keflavík International Airport, ready to spend the next week driving on treacherous, iced-over roads, navigating blindly through howling blizzards, climbing up endless stairs beside thundering waterfalls, stepping carefully on top of retreating glaciers, and getting up close and personal with the local wildlife. 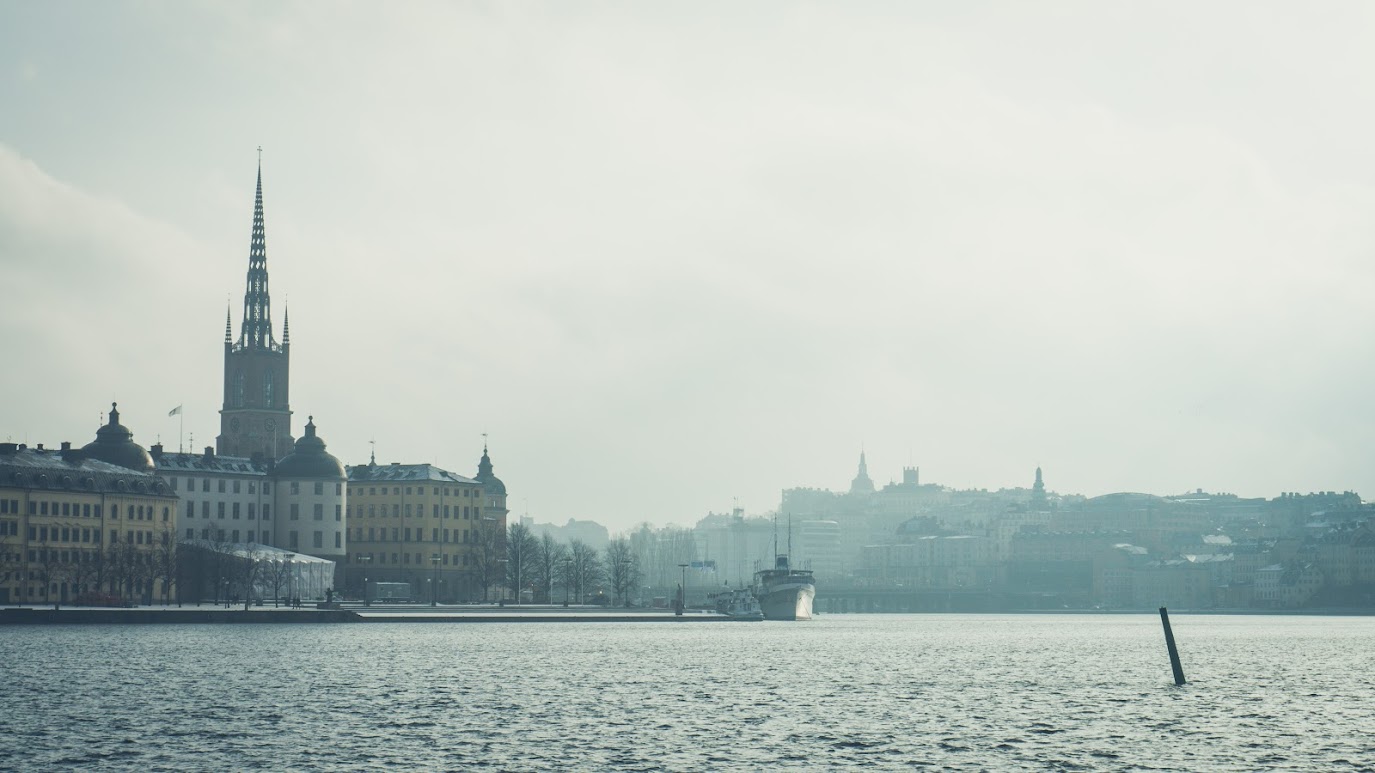