After our adventures on the icy roads and windswept coastlines of the Snæfellsnes, we set aside a day of rest in Reykjavík, the capital of Iceland. Founded on the wintry shores of Faxa Bay, Reykjavík is the site of the oldest permanent settlement in the country, purportedly dating back to the 9th Century, though it wasn’t properly incorporated as a city until 1786. Under foreign rule since the signing of the Old Covenant with the Kingdom of Norway in 1262, and passing into the hands of the Kingdom of Denmark after the Napoleonic Wars, Reykjavík became the centre of the fledgling Icelandic independence movement in the latter half of the 19th Century, resulting in independence through a personal union with Denmark in 1918, and then the establishment of the independent republic in 1944. In the subsequent decades, the city experienced rapid urbanization and population growth, becoming the major political, financial, and cultural focal point of the island republic. 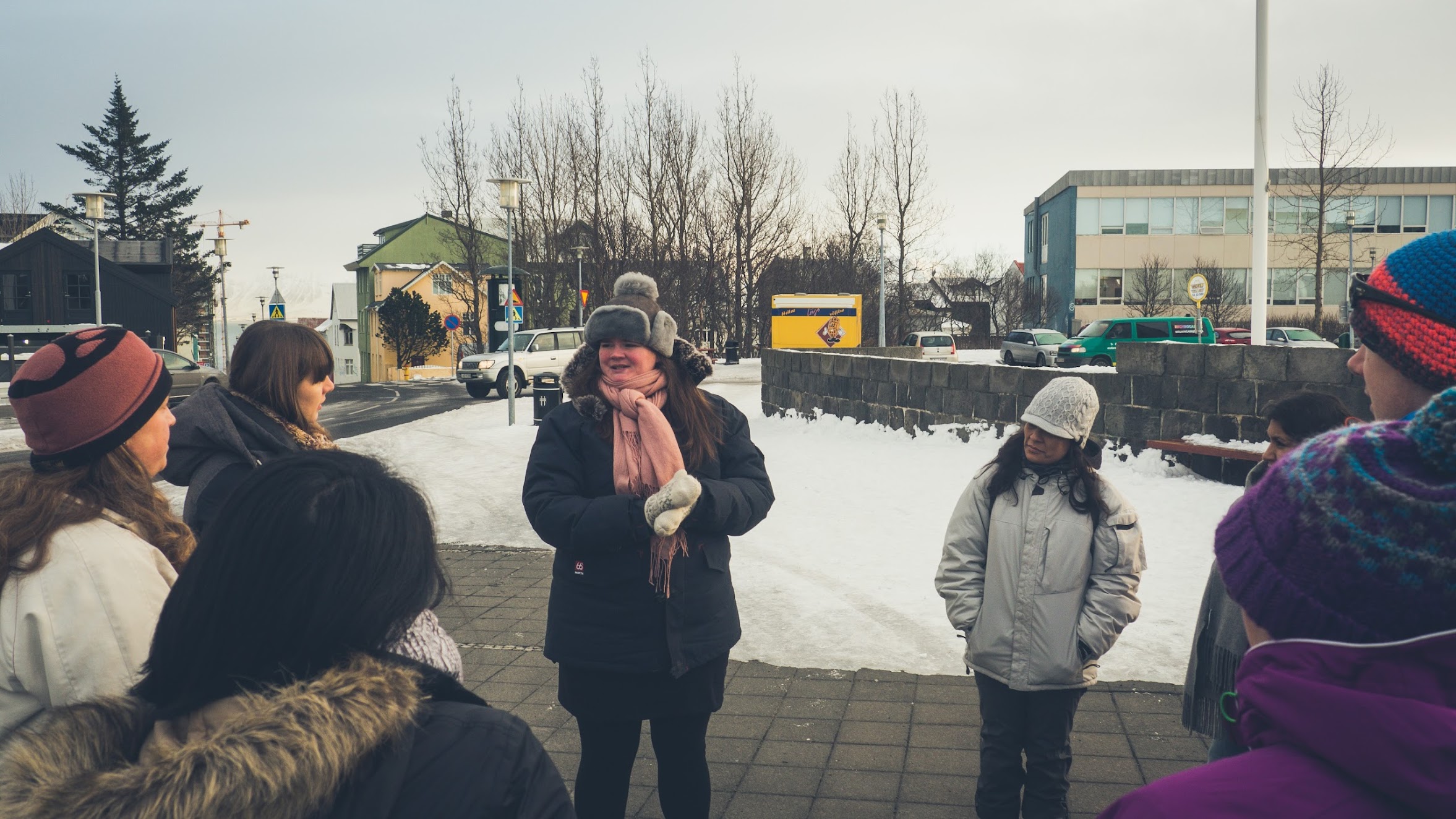 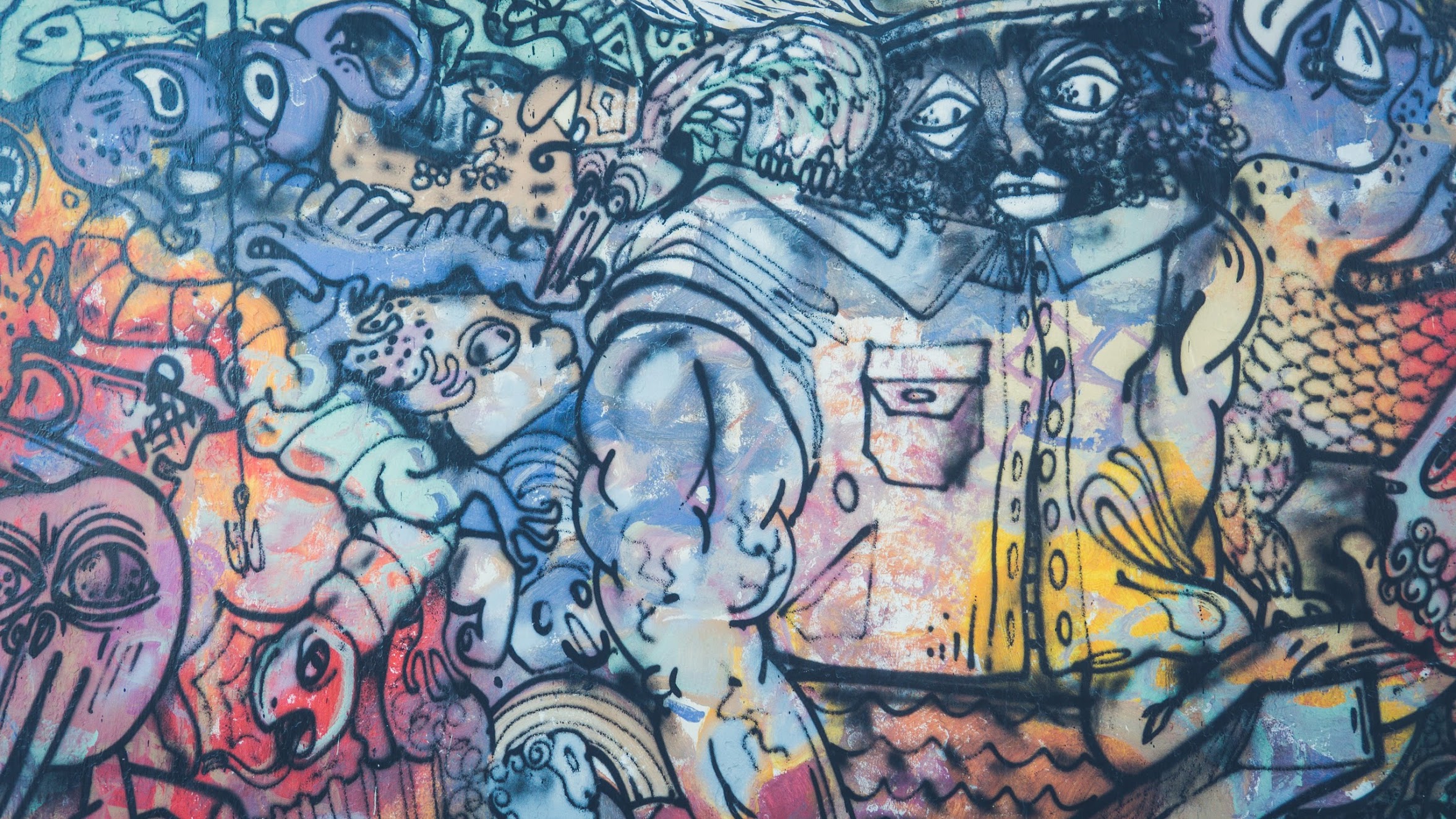 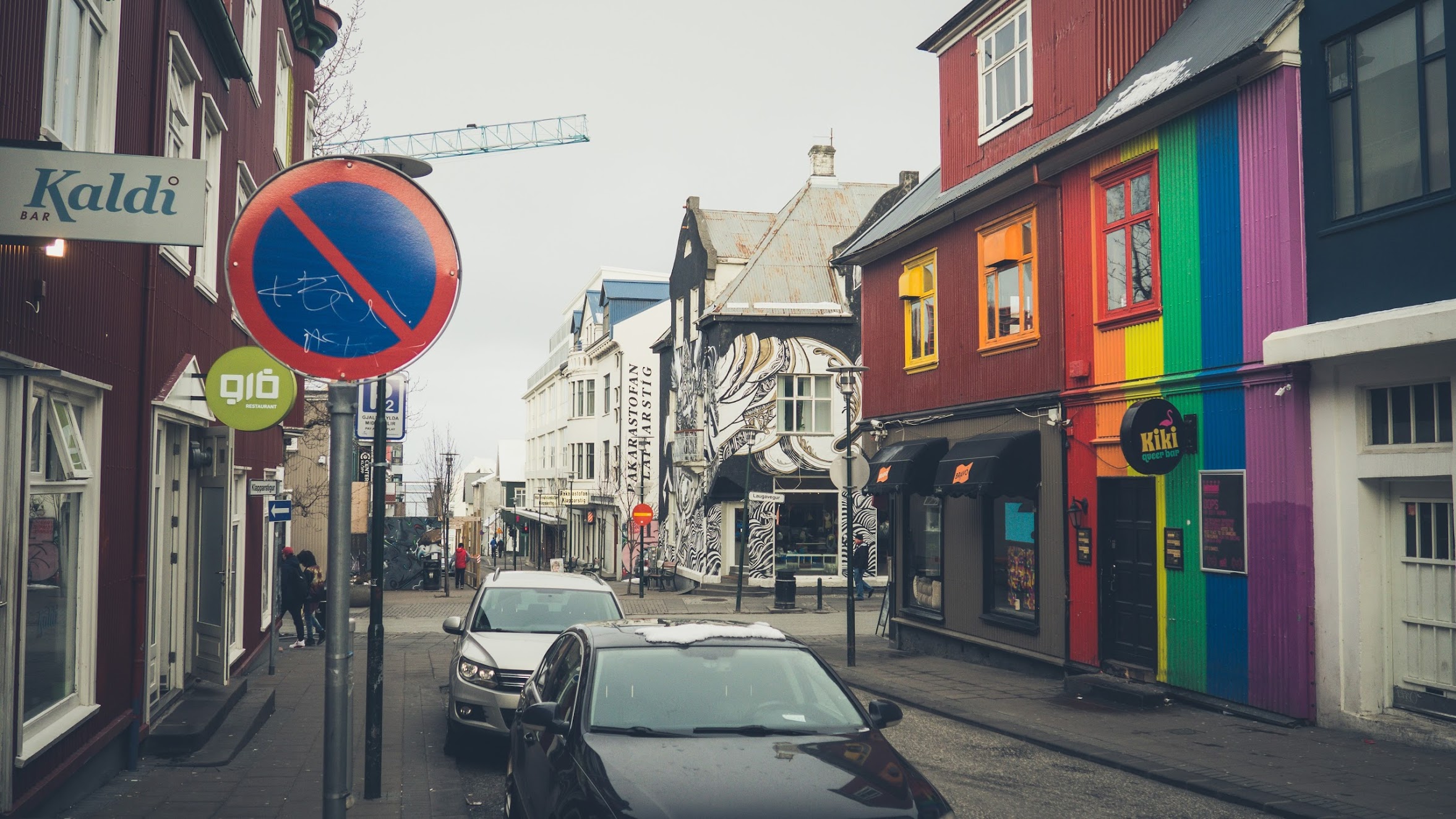 To introduce ourselves to the seaside capital, we booked a morning tour through the I Heart Reykjavík website, a comprehensive travel blog and tour operator focused on all things Iceland. Auður Ösp, founder and creator of I Heart Reykjavík, was our guide that morning, leading our small group of tourists through the backstreets and backyards looking out over the bay, as we took in the city through her eyes. For the next 2 hours or so, she effortlessly weaved together tales of Icelandic history, idiosyncratic city architecture, the local arts scene, genealogy apps, and the peculiarities of Icelandic urban planning, with her own recommendations and favourite eating and drinking spots around town. We ended our tour at Austurvöllur, a large public square and popular gathering place for leisure and protest alike, just in time for lunch. 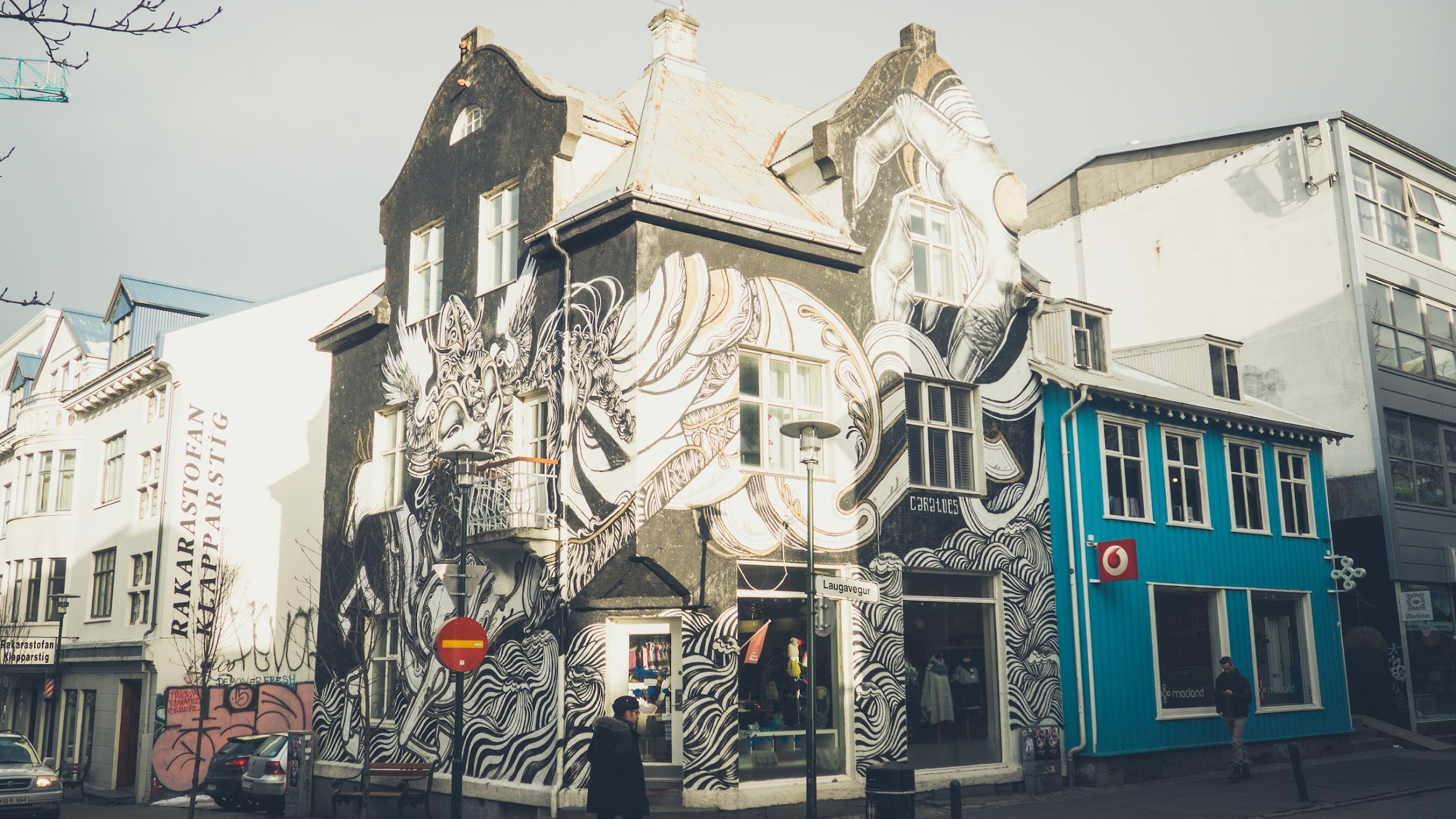 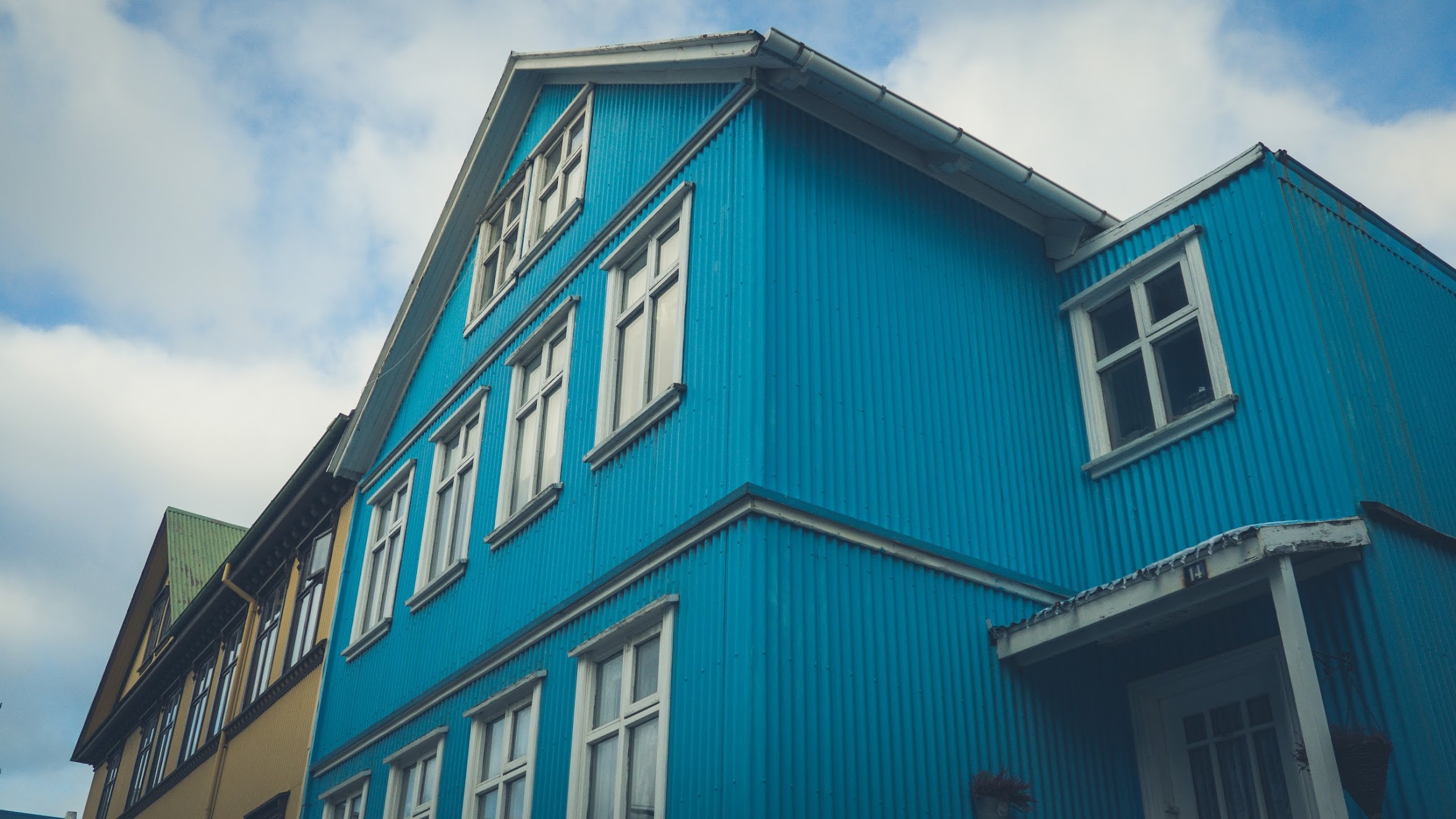 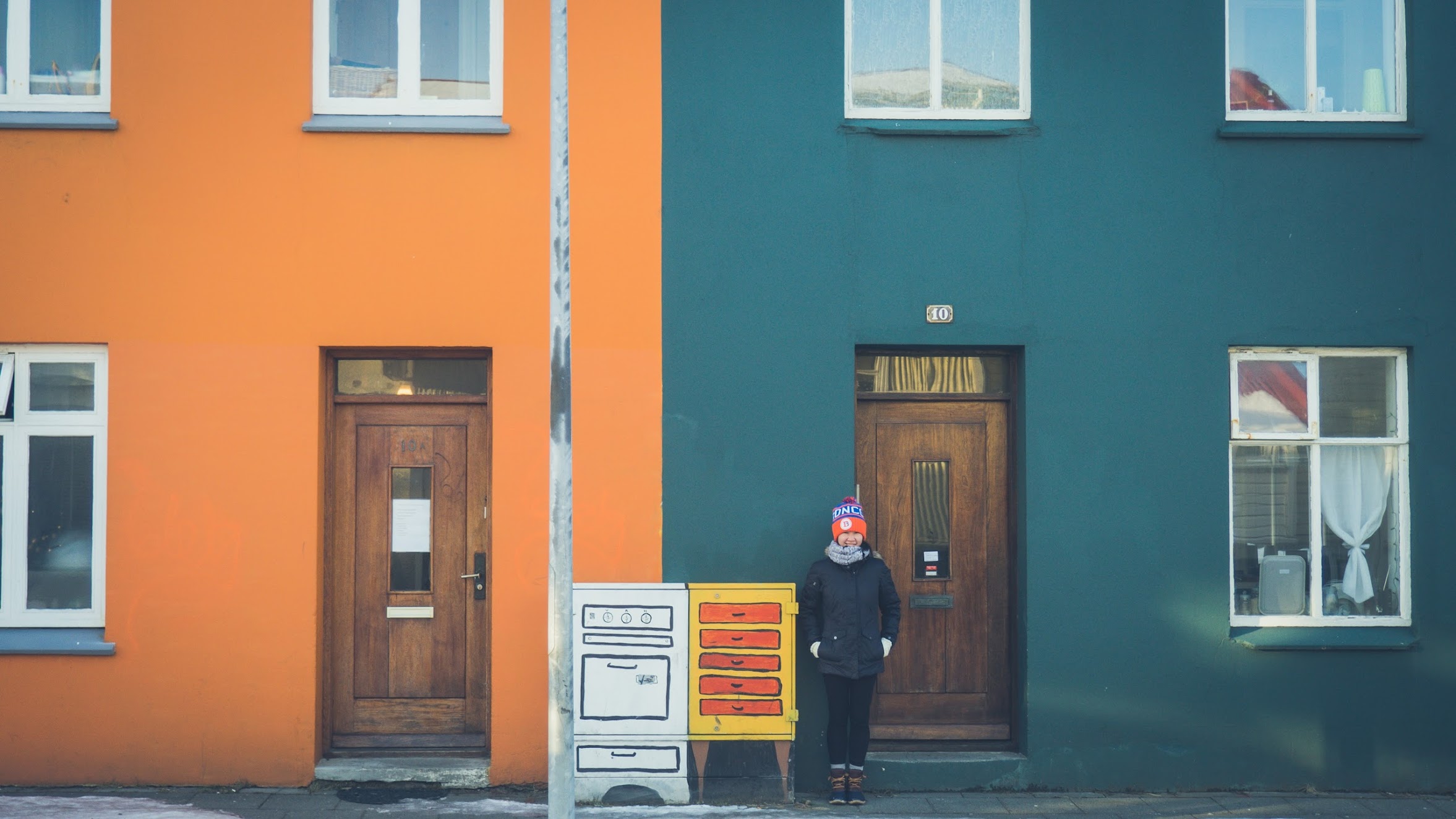 Just around the corner from the square is Apotek, a restaurant that Auður had recommended as we walked through Austurvöllur. Blending Icelandic, European, and Argentinean culinary traditions in a building designed by Guðjón Samúelsson, the state architect responsible for the monumental Hallgrímskirkja church in the centre of town, Apotek offers a 2 or 3 course meal during lunch for 200 to 250 HKD. It’s not exactly cheap, but, in general, we found meal prices in Iceland to be inflated by even Hong Kong standards, and I don’t think we were ever disappointed by the quality of any of our meals. As we dug into our Sea Trout on a Himalayan Salt Block, though, we noticed something about our fellow diners that Auður had mentioned on the tour, particularly those with young families. Over the last few generations, it has become custom to leave babies outside in the cold, albeit wrapped up in warm clothes and blankets, and tucked safely away in the warm folds of a pram, while the adults eat and socialize indoors. It’s all very safe, and visitors to Iceland are assured that the babies suffer no ill health effects, so we sat in our warm corner of the restaurant, oblivious to the cold outside, while a row of prams lined up alongside the large windows overlooking the square. After lunch, we wandered down to the sea wall along the bay, past the beautiful Harpa concert hall, its thousands of glass panes reflecting a million subtle shades of blue and green in the afternoon light. 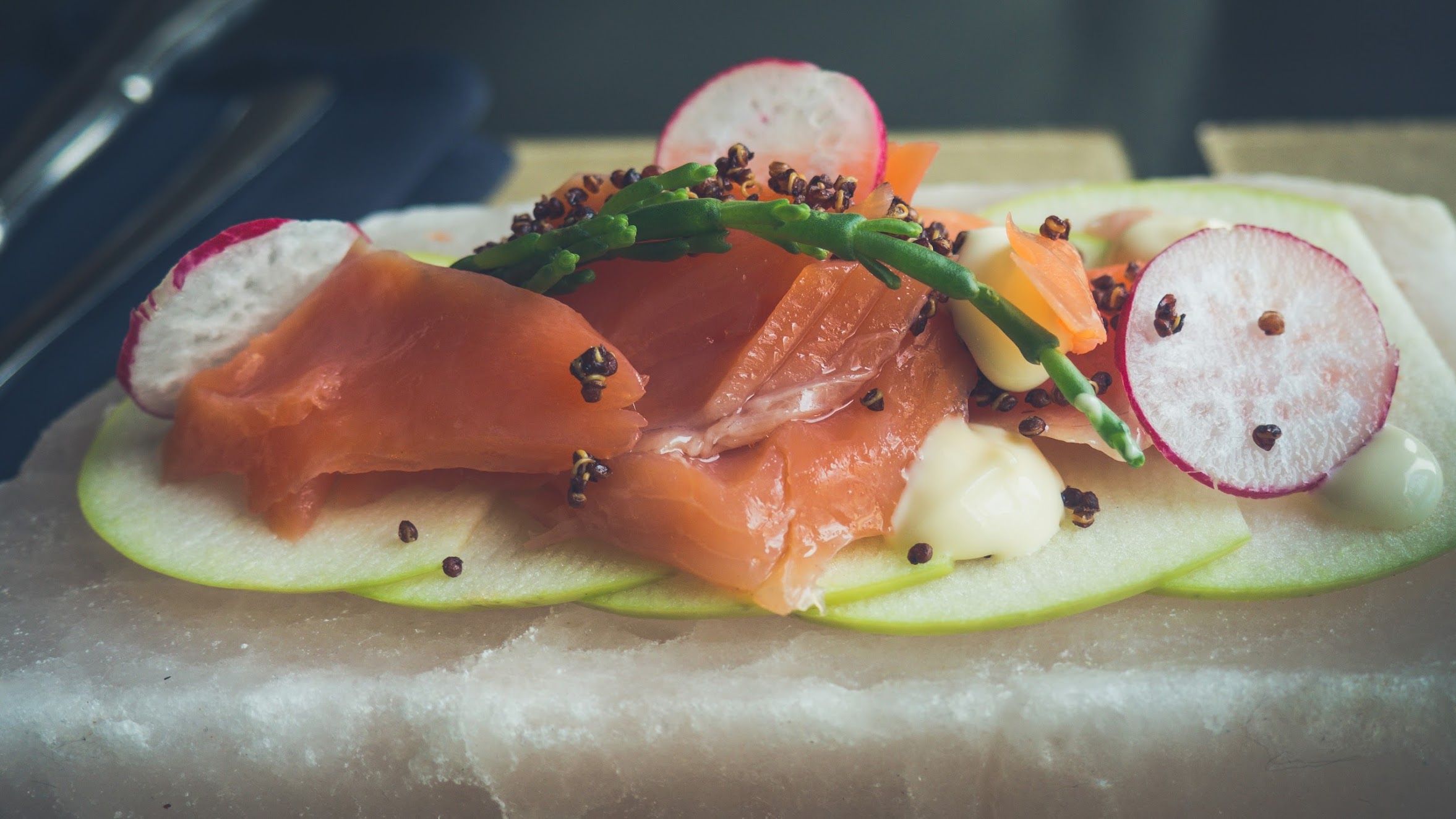 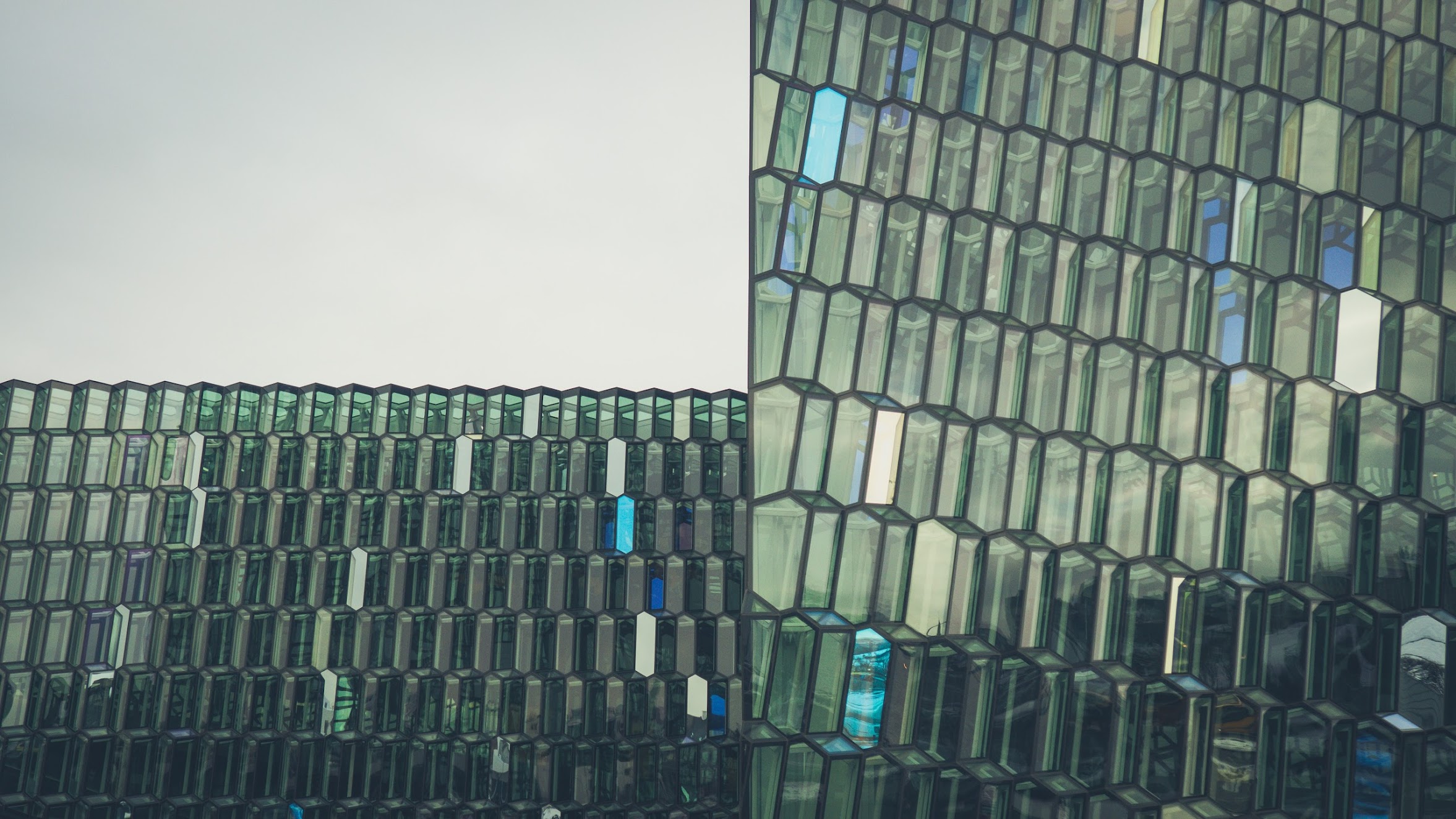 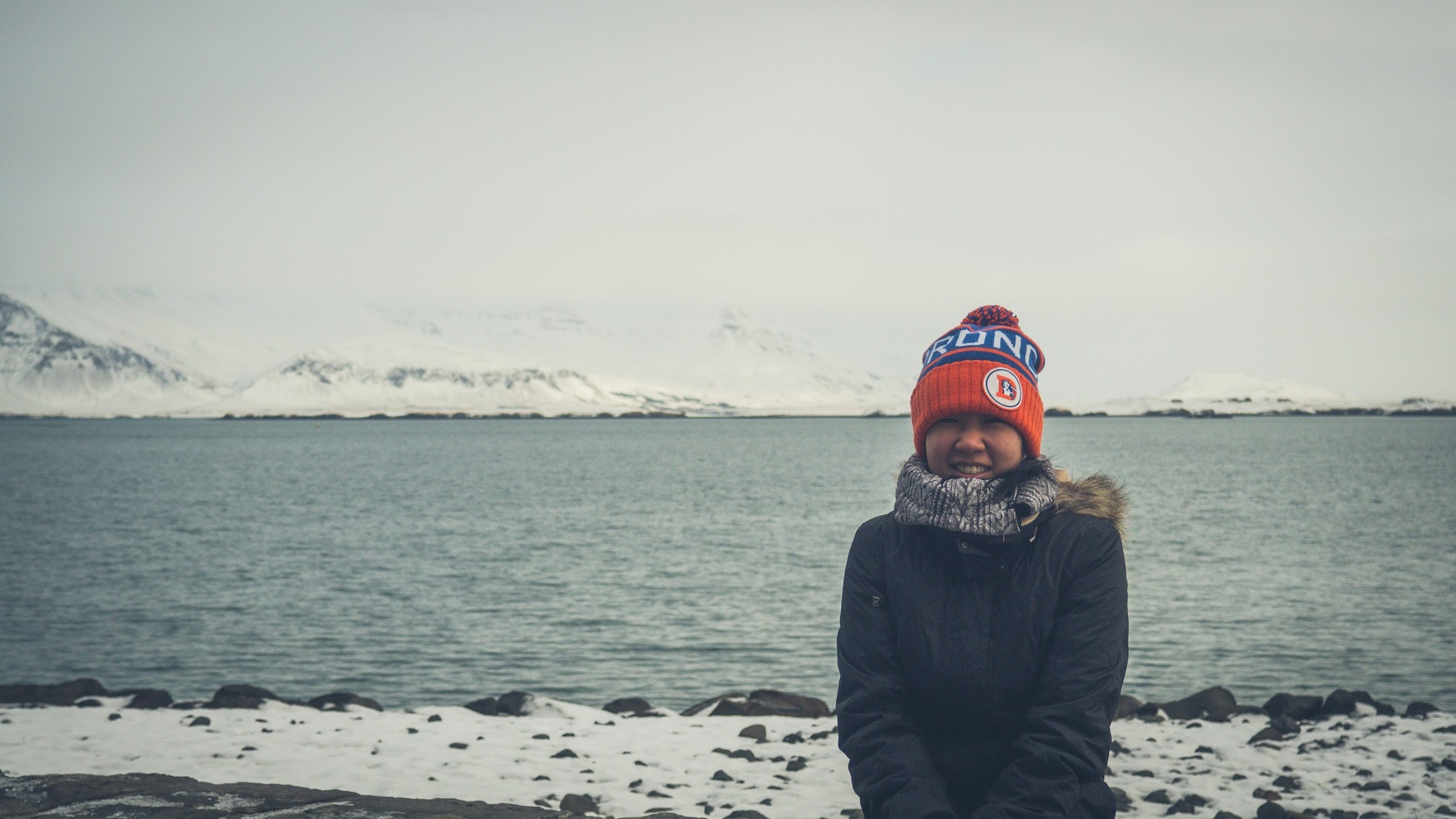 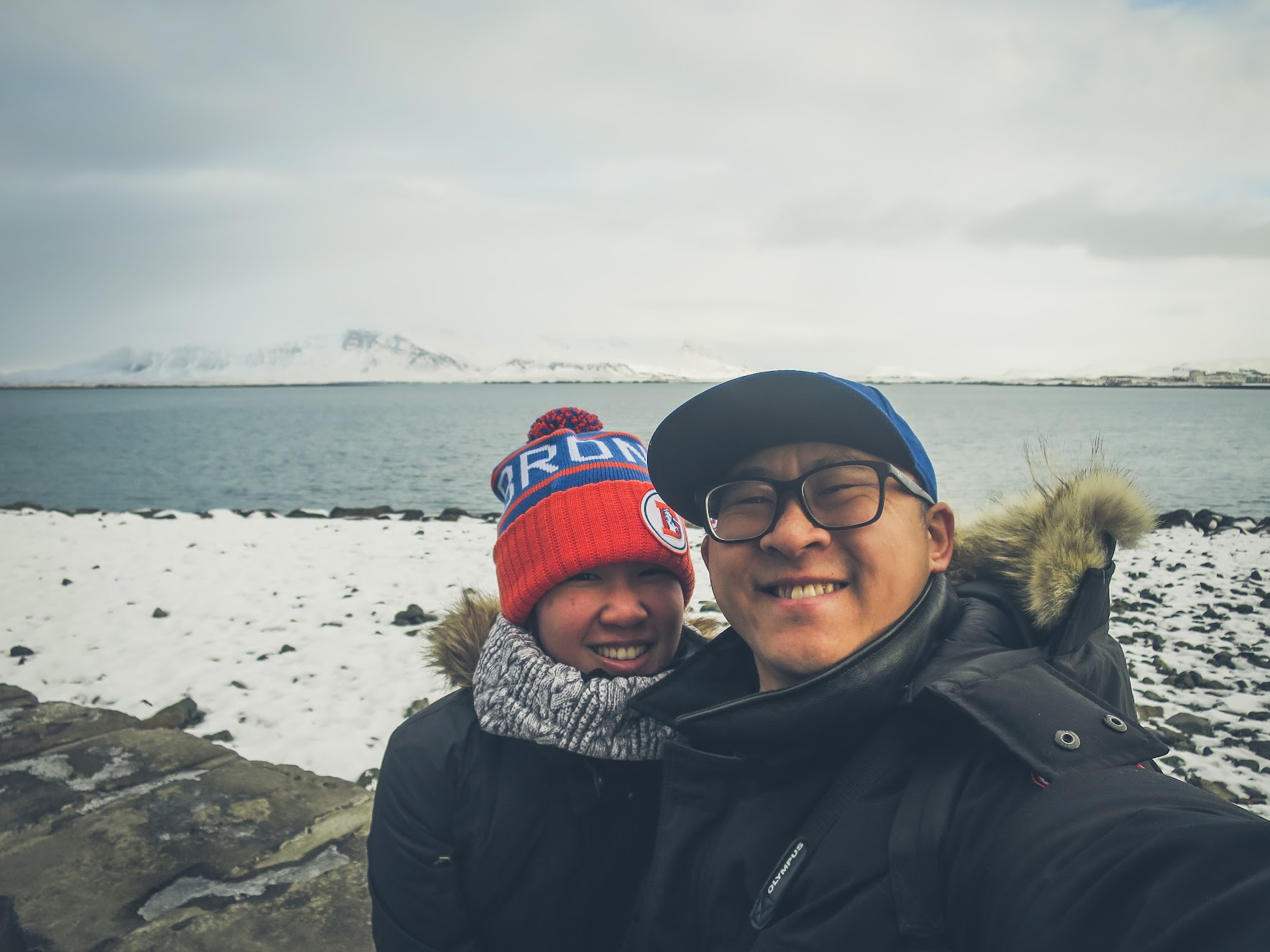 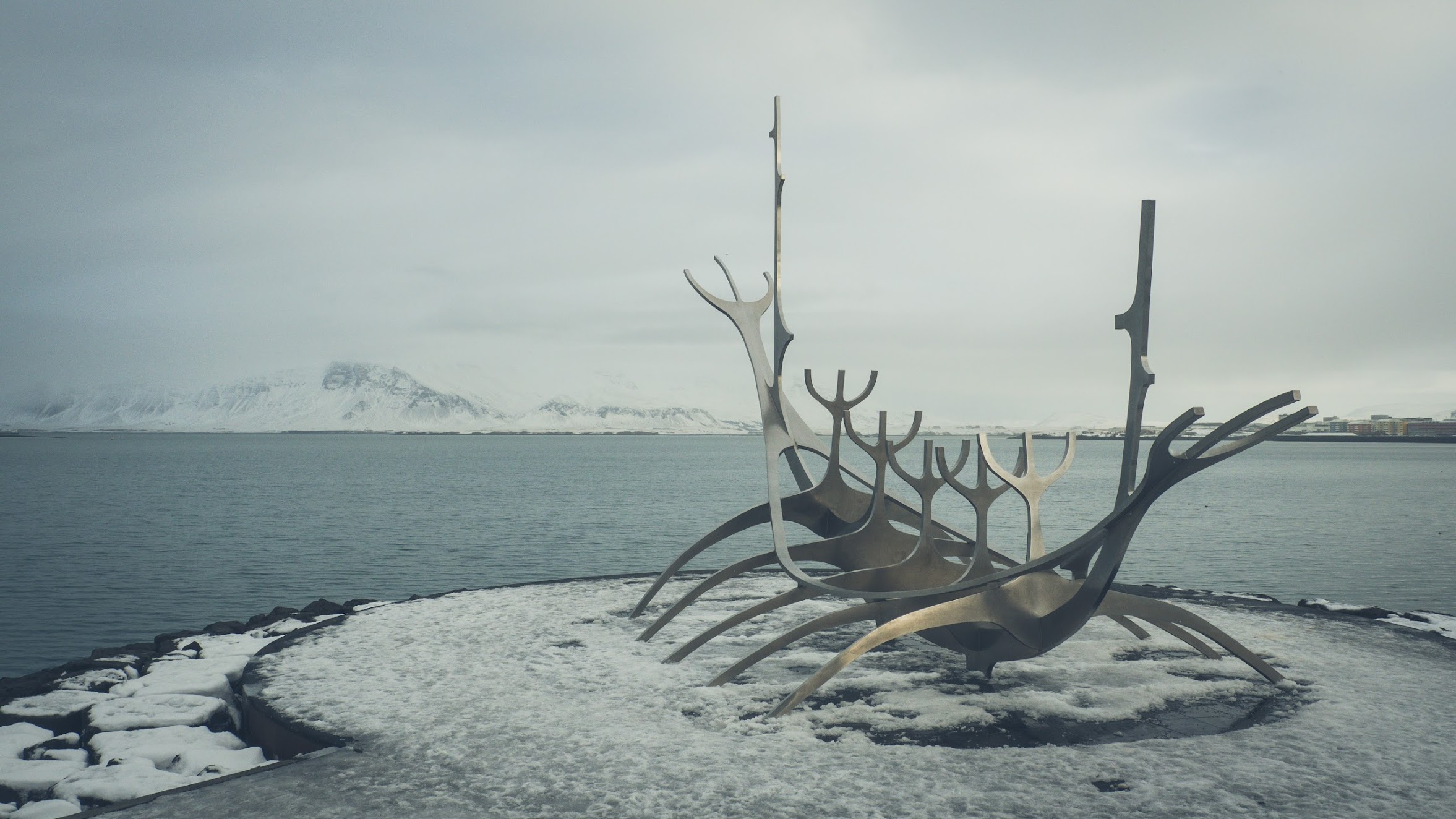 We wandered back into the city after reaching the Sólfar, or the Sun Voyager, a large, stainless steel sculpture of a dreamboat designed by Jón Gunnar Árnason before his death in 1989. Often mistaken for a viking ship, the sculpture is inspired by the sun and its role in Icelandic and Scandinavian folklore, evoking feelings of light and hope. Our own light and hope was found a short walk from the sculpture, inside the cozy confines of Reykjavík Roasters, one of the top coffeeshops in the city, and one of the trailblazers in Iceland’s nascent artisanal coffee scene. After re-fueling amidst antique furniture and repurposed household fixtures, we made our pilgrimage to the hallowed halls of the Hallgrímskirkja, designed by the aforementioned Guðjón Samúelsson. The structure was inspired by the basalt columns ubiquitous throughout Iceland’s alien landscape, and it was completed in 1986 after 41 years of construction. It is the largest church in the country by far, housing an immense organ, with over 5000 pipes, suspended in a mass of metal and wood overlooking the entrance hall. Off to the side of the entrance is a small elevator that goes straight to the top of the church. It costs around 40 HKD for an elevator ticket, but the observation deck at the summit gives an incredible view of the city and countryside below. 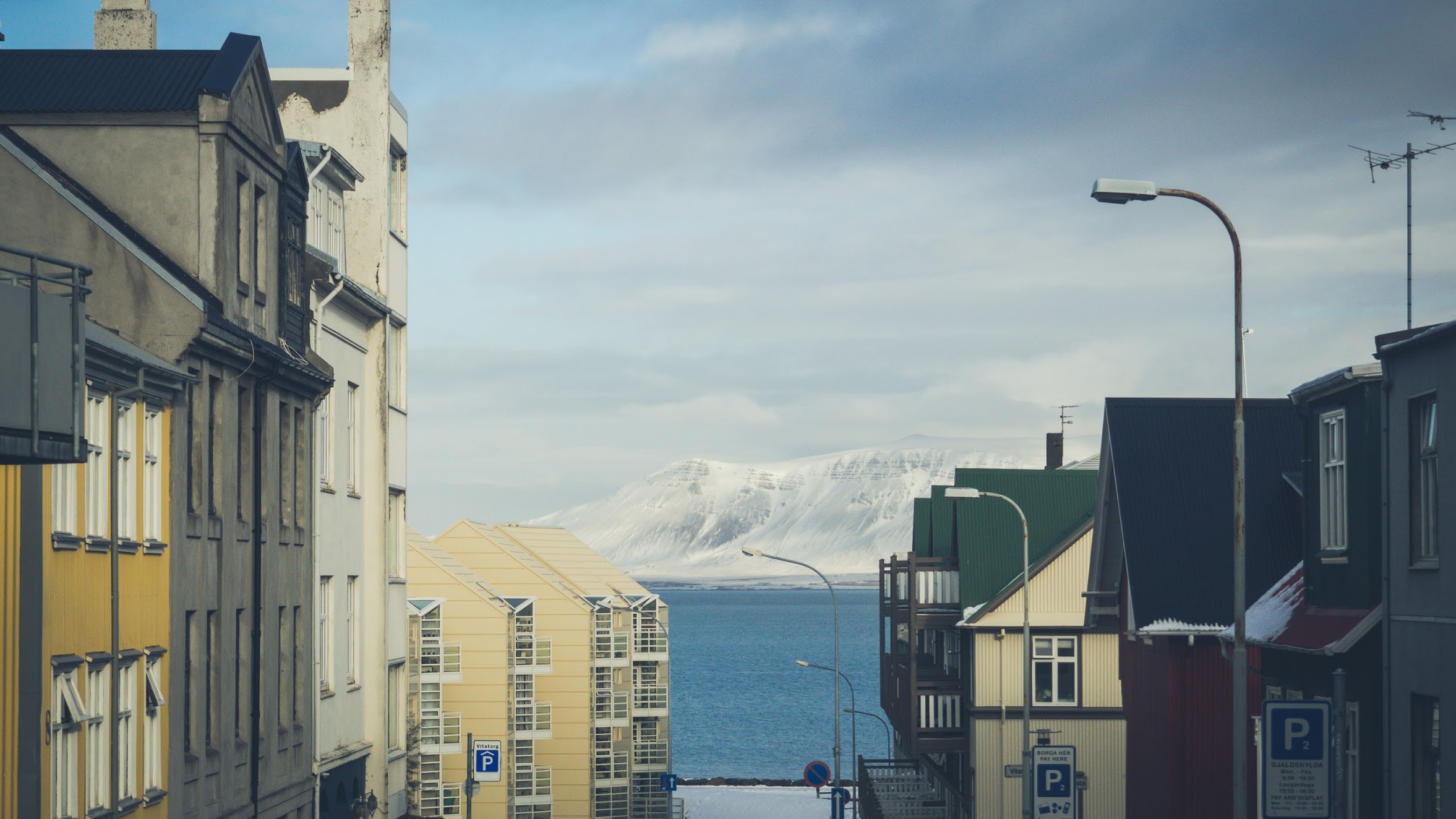 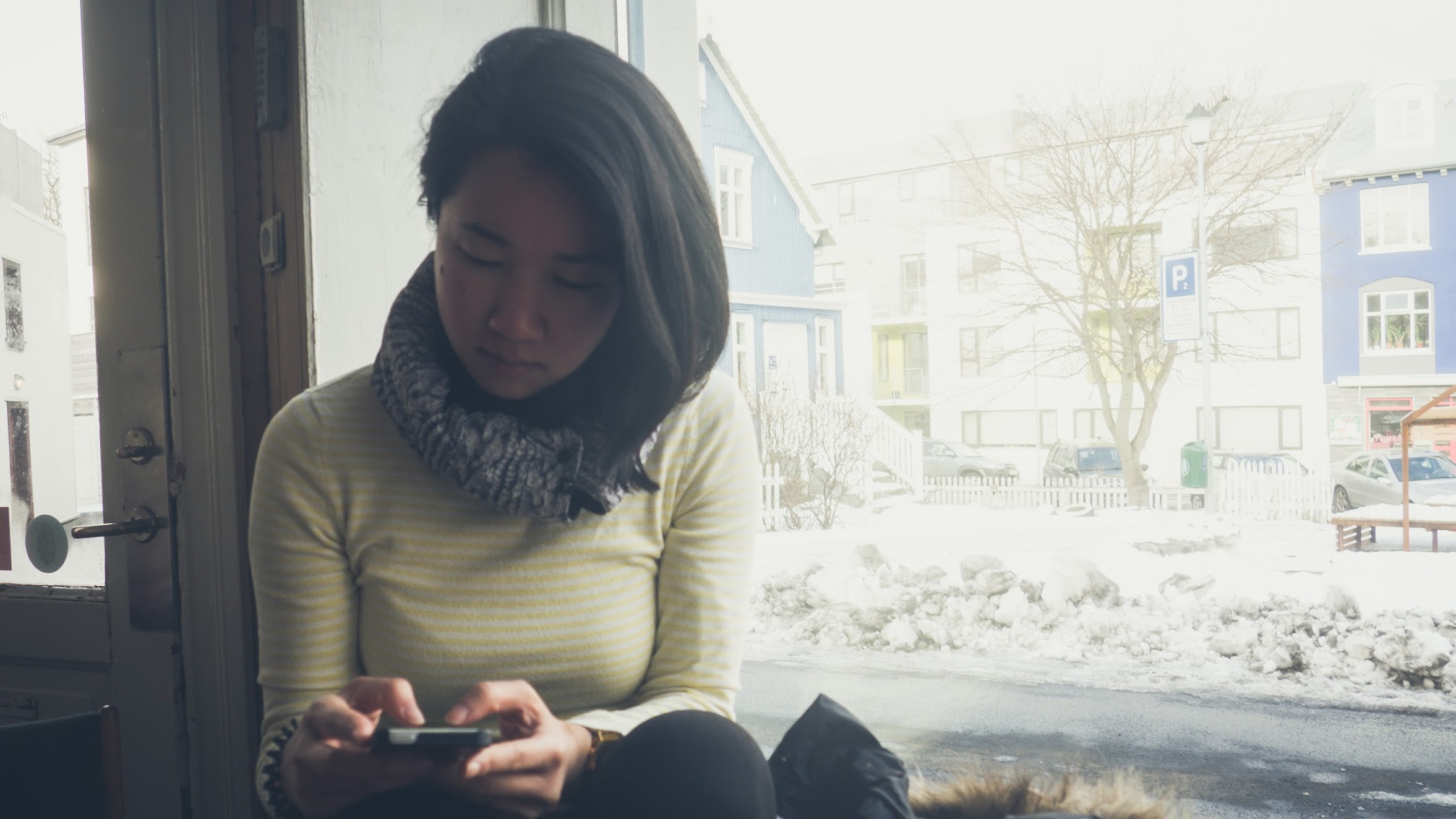 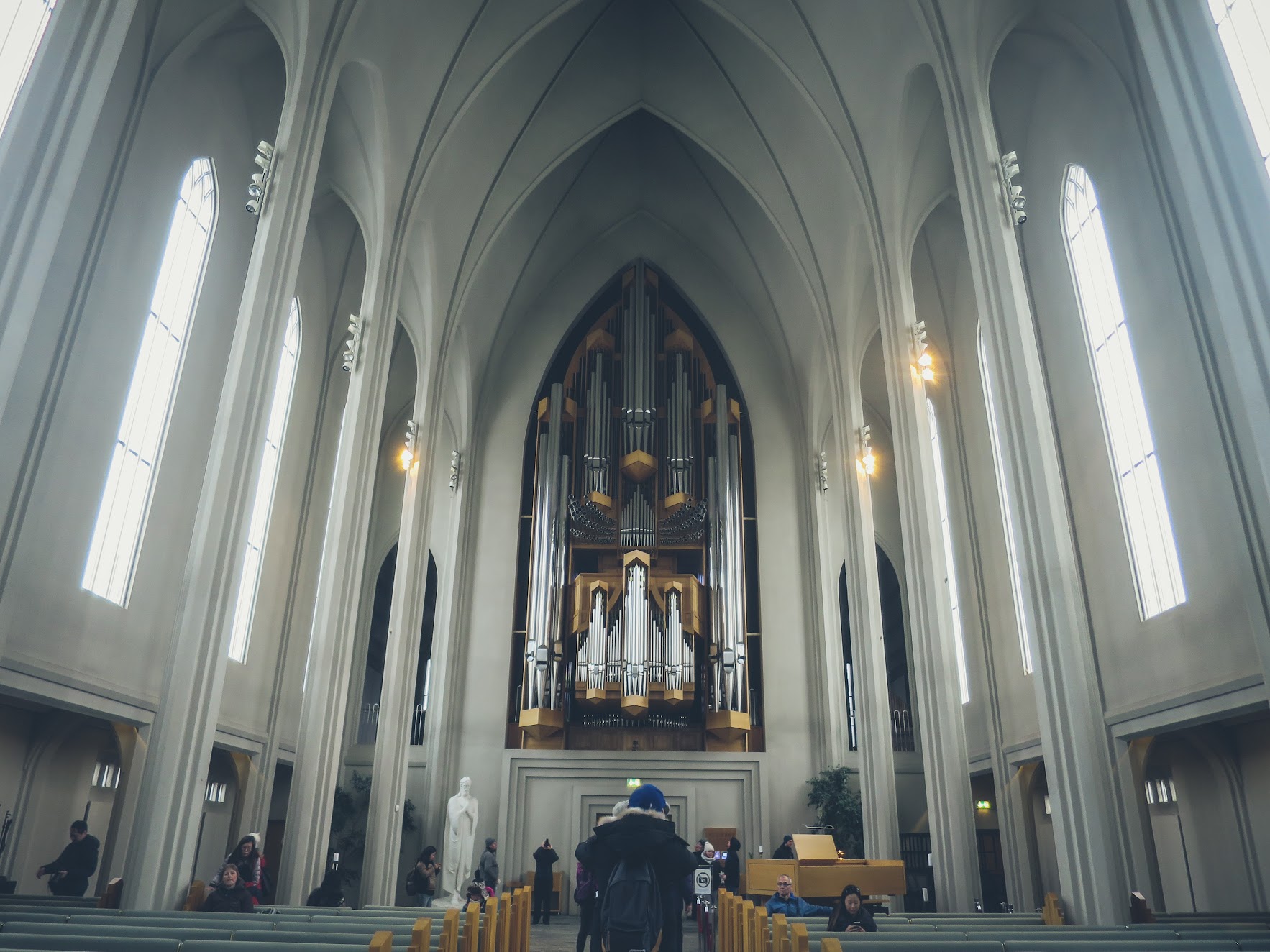 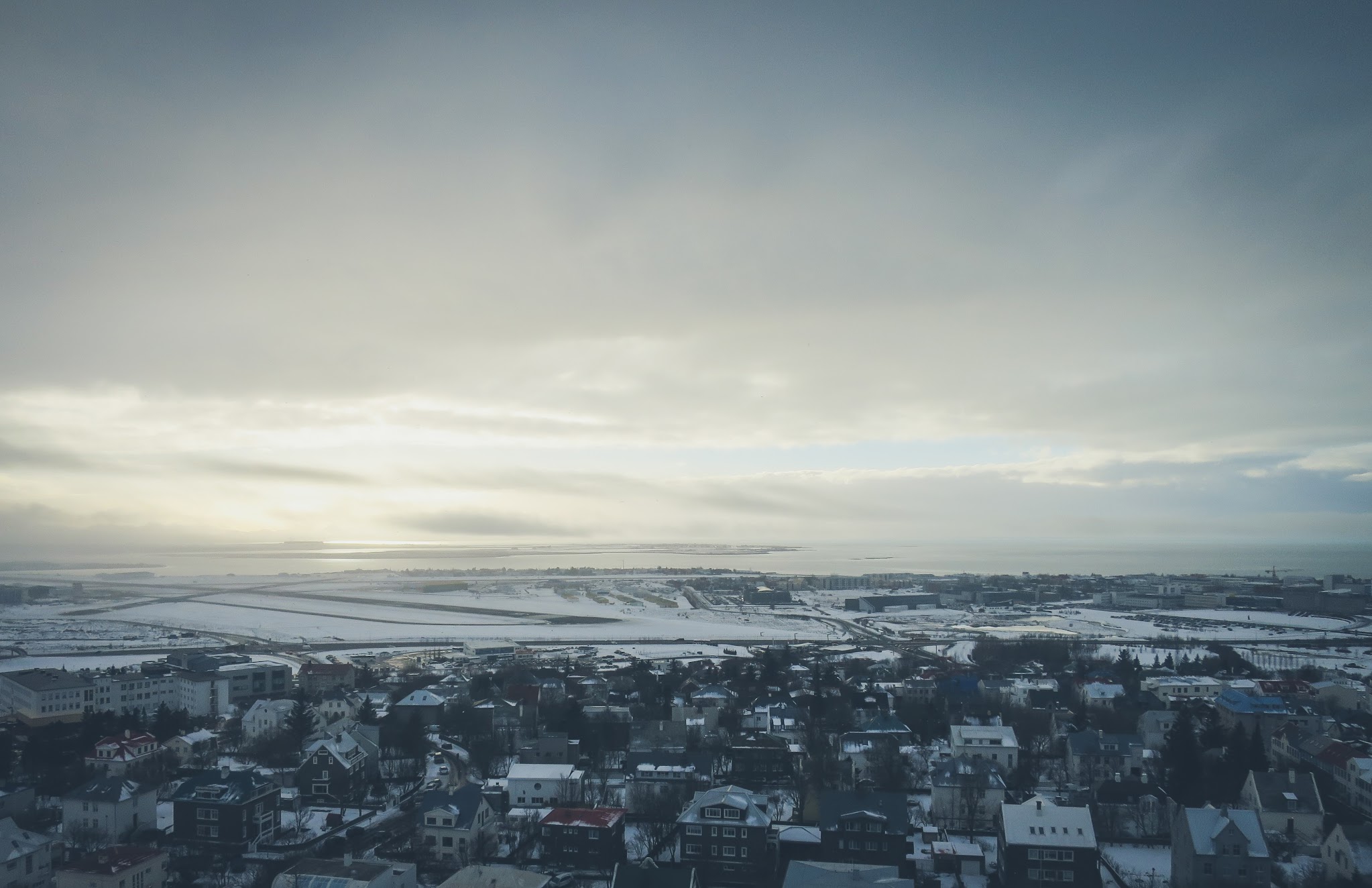 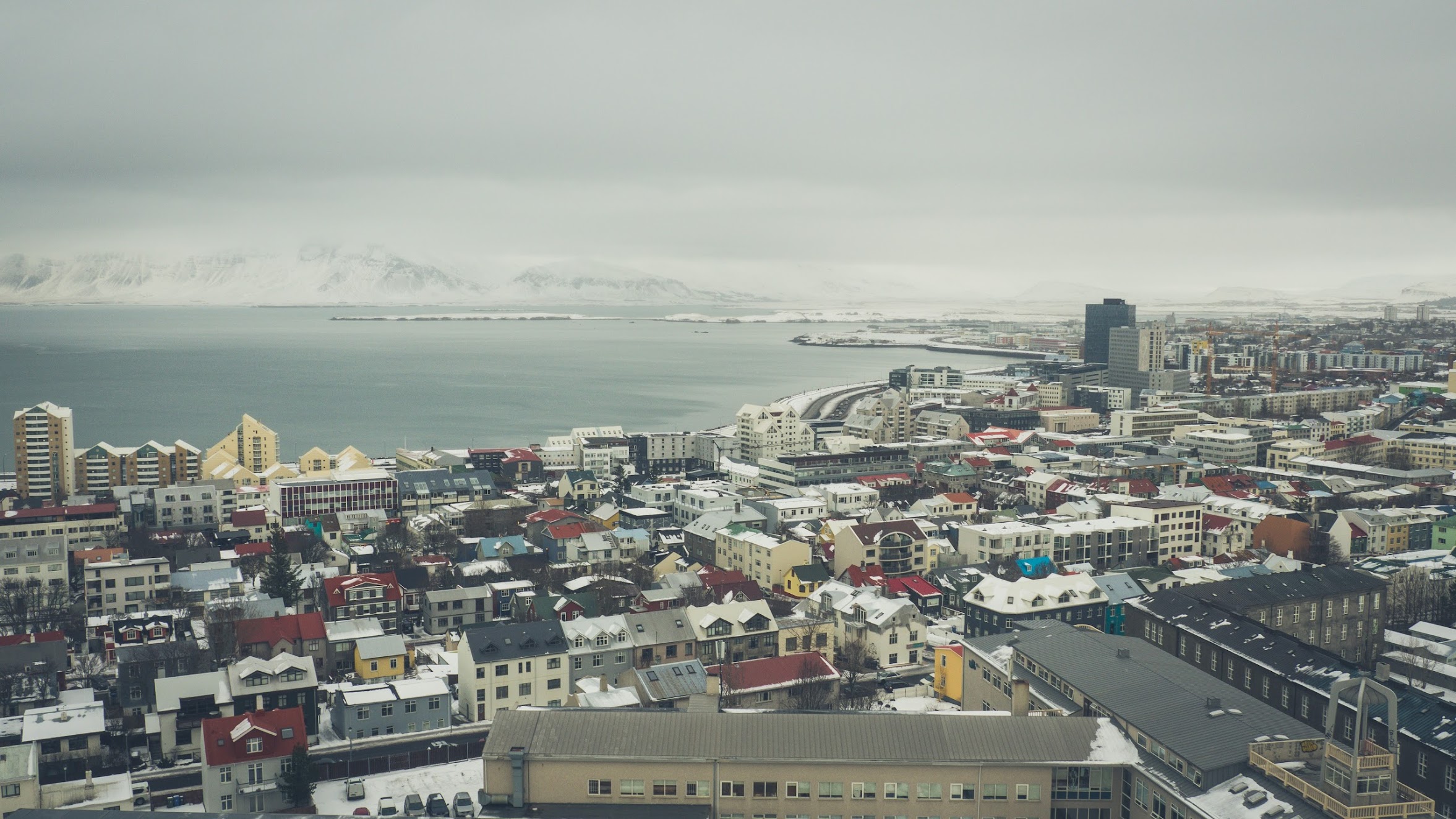 We spent the rest of the afternoon walking around and shopping along the Laugavegur and its side streets, picking up some extra winter clothing for the days ahead. I’d originally wanted to buy an Icelandic sweater as well, but, in the end, I couldn’t justify the cost, especially given the fact that we live in a tropical city year-round. Dinner was at a place called Snaps, a French restaurant recommended by Auður during the morning tour, where we had an excellent bouillabaisse and Arctic char. We called it a day shortly afterwards, our bodies and minds submitting to the still-lingering jet lag, making our way back to the warm guesthouse as the temperatures dropped and another winter’s evening descended upon the quiet town. 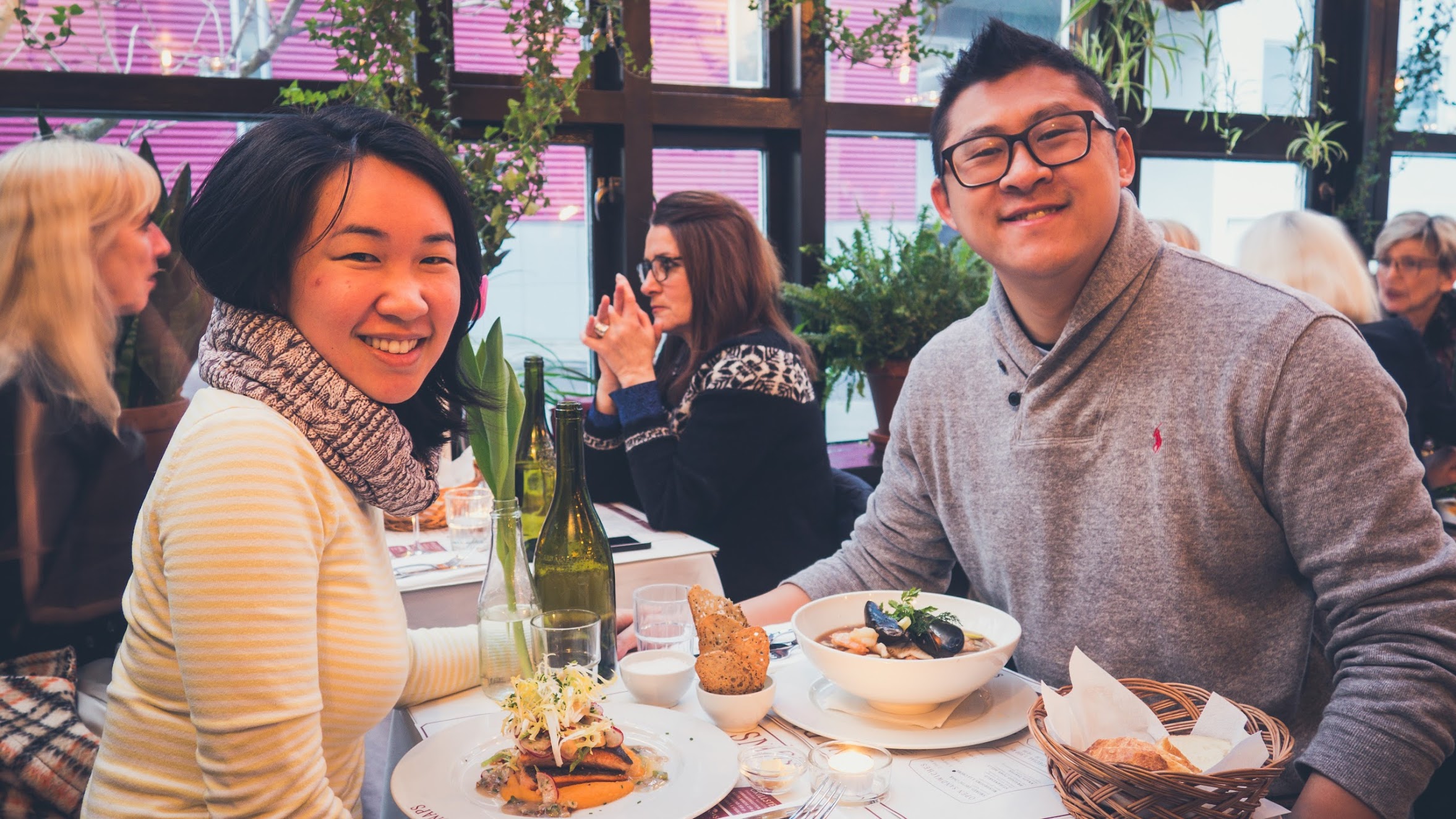