From the lively streets and yukata-clad crowds of Higashiyama, we made our way over to the Arashiyama district the next day, getting a taste of the more rural side of Kyoto. Arashiyama, most famous for its serene bamboo groves, is located on the far western edge of Kyoto, where the city meets the forested hills and deep rivers of the Nishiyama highlands. Once a favoured retreat for the city’s nobles and wealthy elites, it is now one of the most popular tourist sites in the Kyoto area. Once again, we boarded the cheap Hankyu Limited Express into town from Osaka, beating the morning crowds and managing to snag a few much-coveted seats for the long train ride. Instead of getting off at Kawaramachi station, however, we switched trains at Katsura, taking a shorter line to Arashiyama. 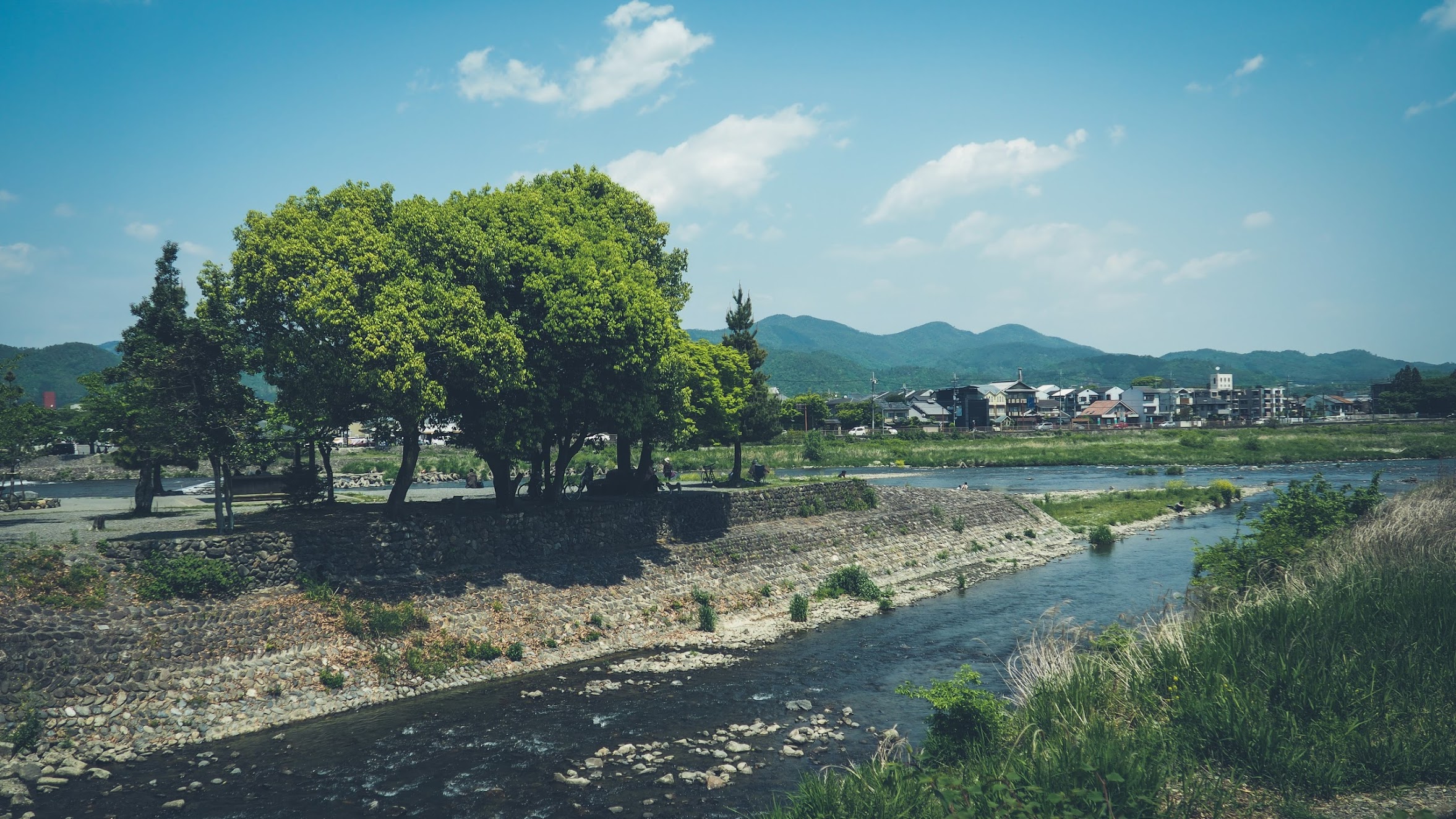 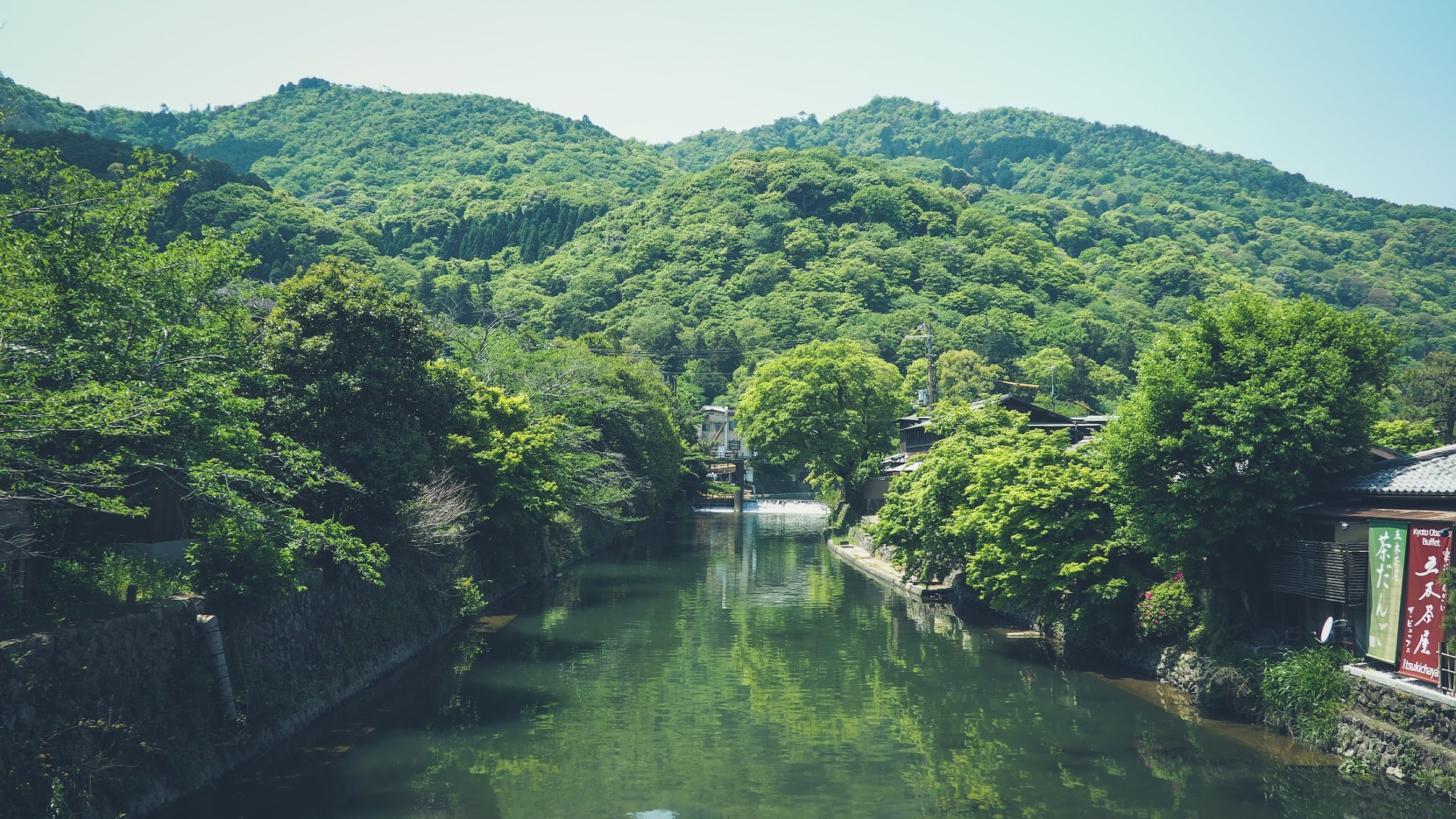 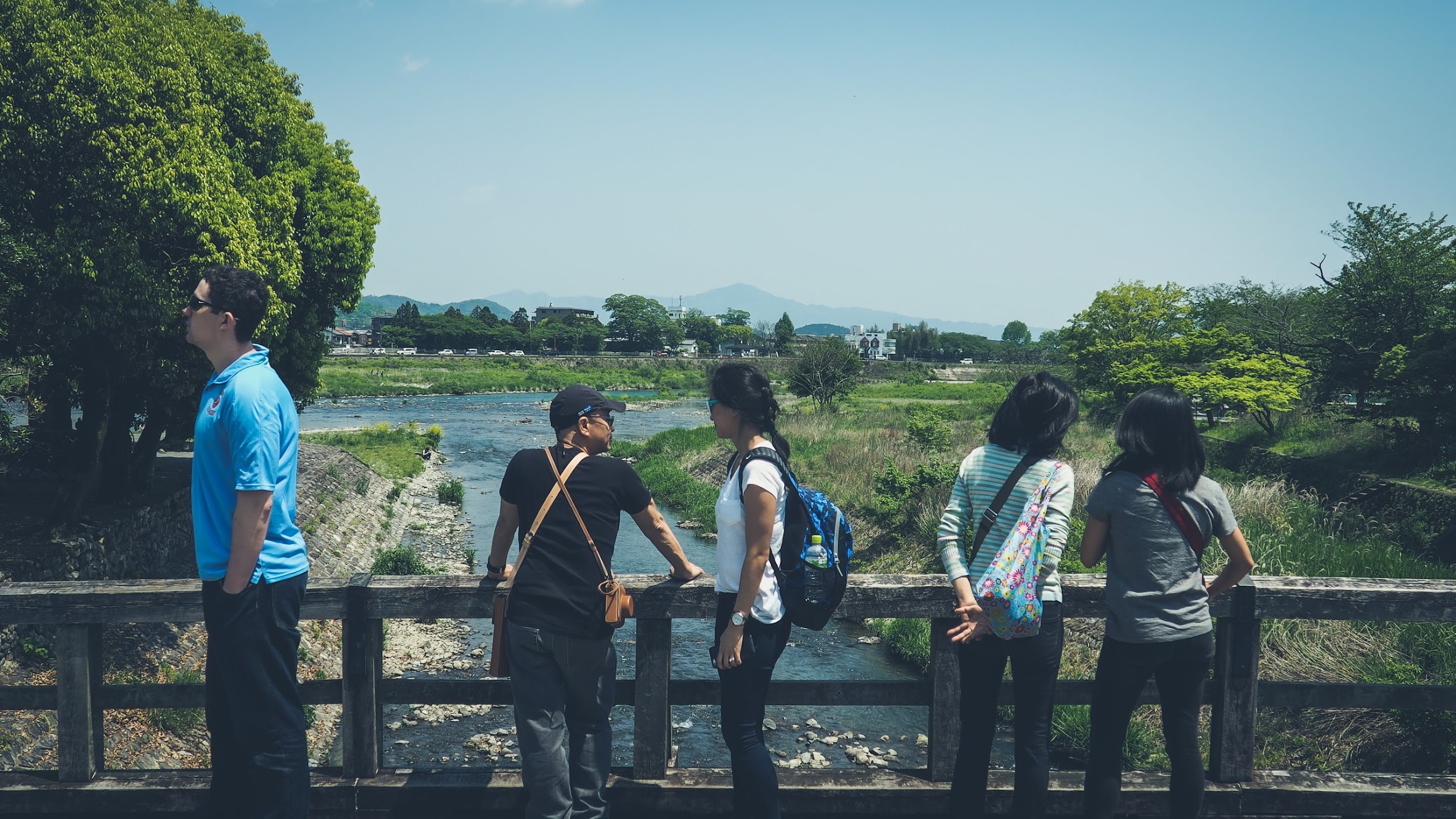 Every Shade of Green

Far from the modern city centre of Kyoto, as well as the crowded temple complexes of Higashiyama, the quieter Arashiyama district is tucked away in the green embraces of the Arashiyama hills, which translates rather spectacularly to Storm Mountains. From the train station, we followed the stream of travellers across small brooks and canals, onto a wide gravel space beside the slow-moving Katsura River. In the distance, a sturdy, wooden bridge spanned the greenish-blue channel, little blue kayaks criss-crossing the placid waters beyond. Hills in every shade of green overlooked the wooden roofs of Arashiyama across the river, the thick foliage tumbling down the hillsides and hanging over the kayakers by the opposite shore. 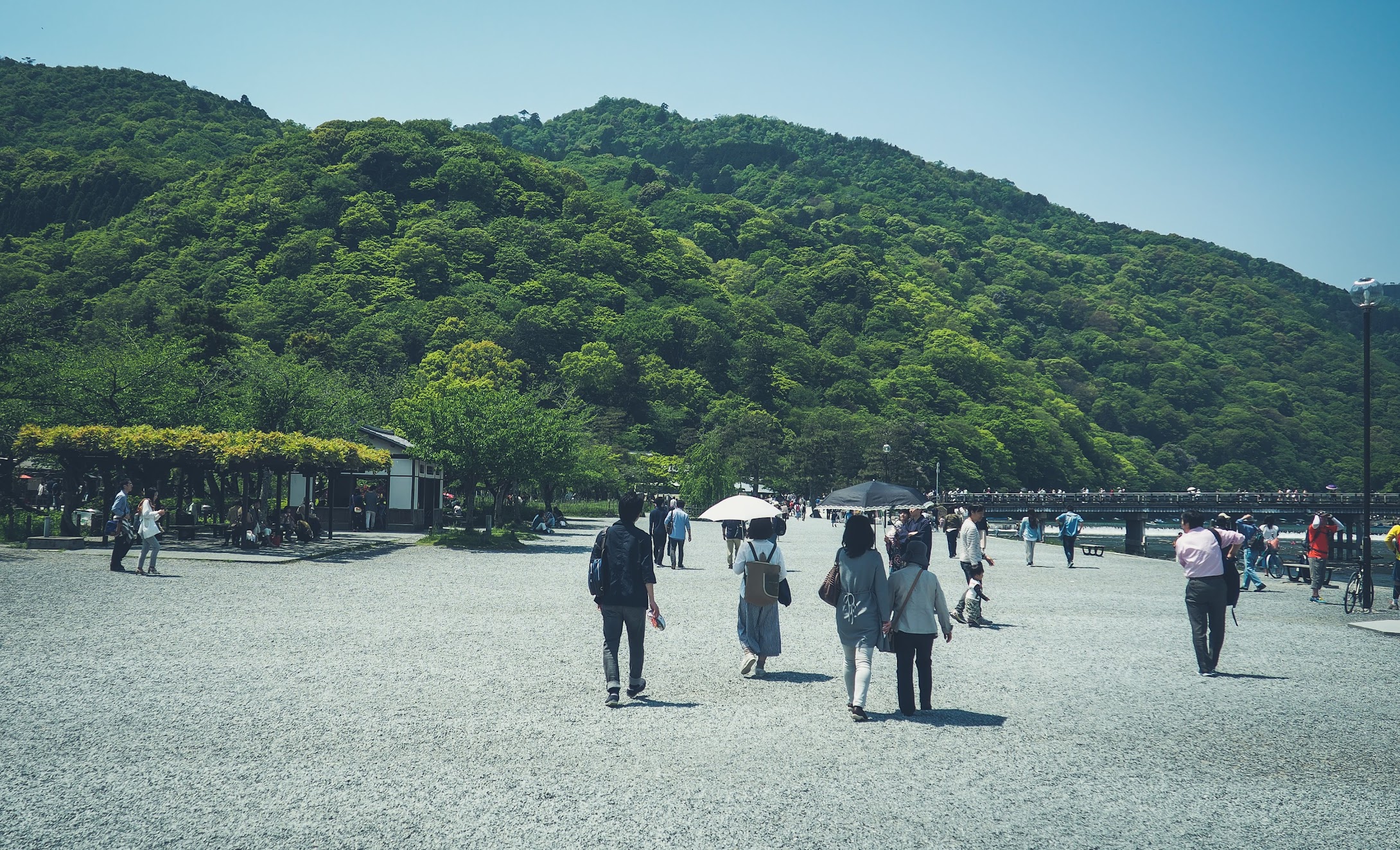 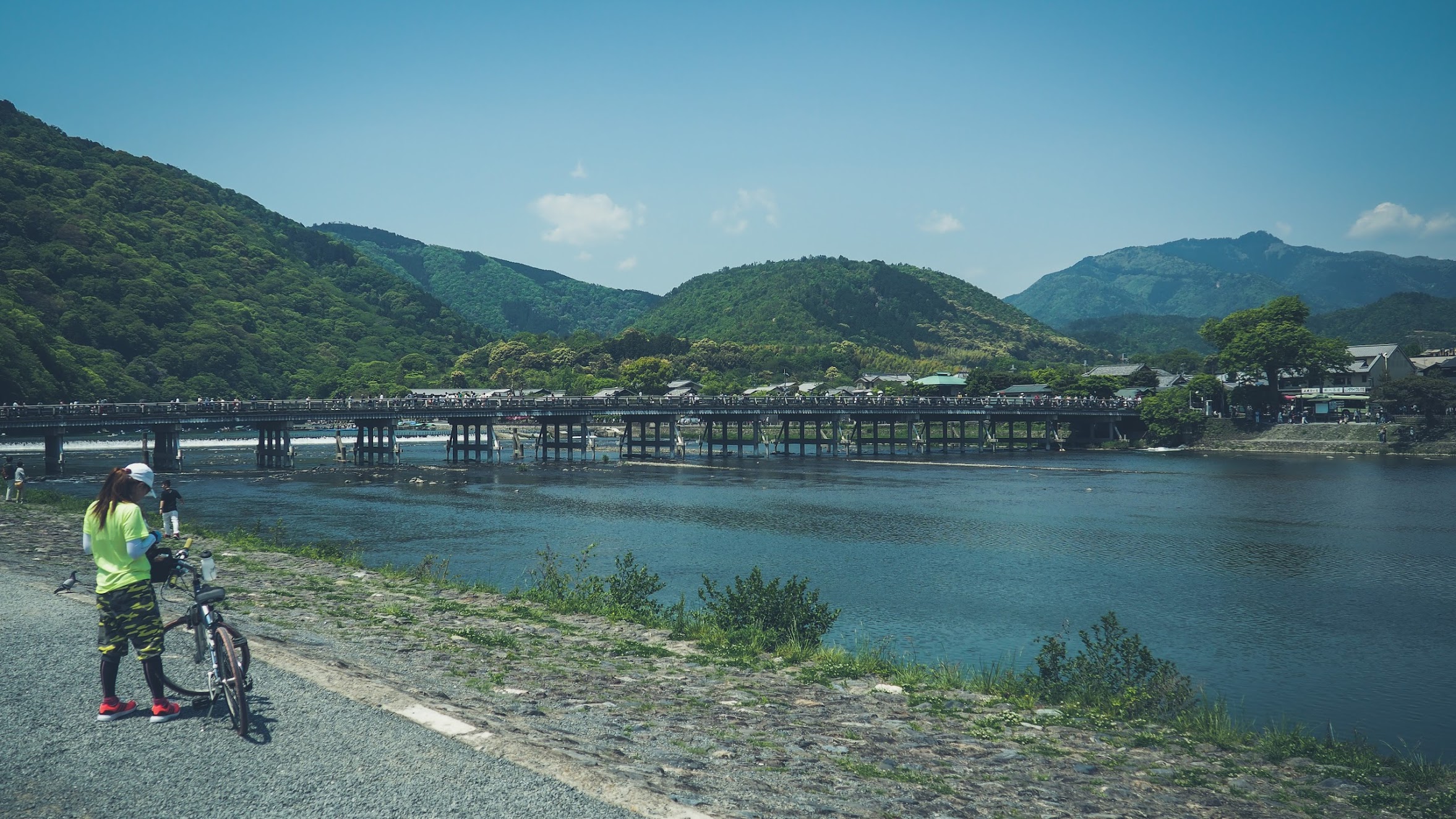 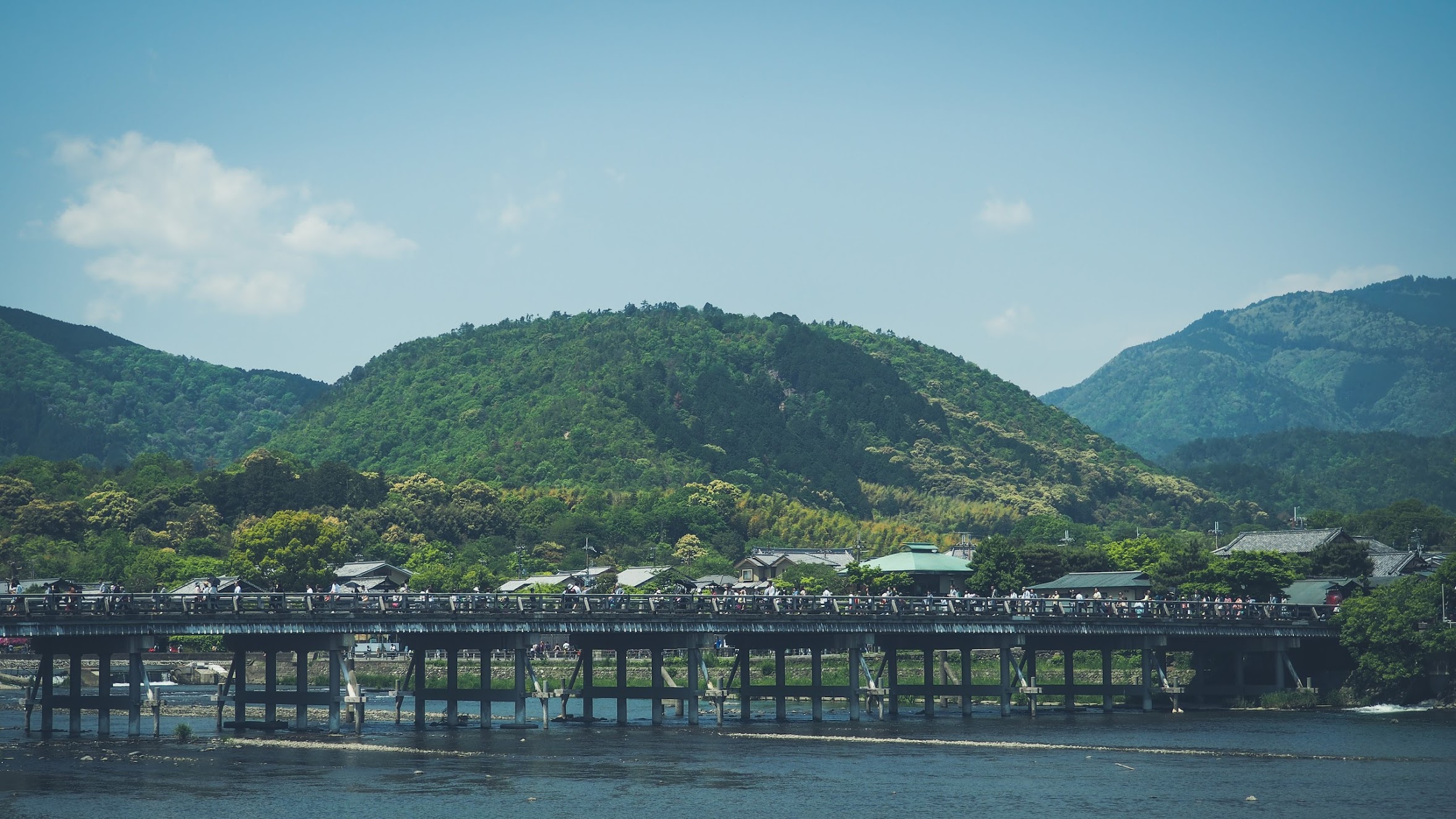 After crossing the Togetsukyo bridge, we walked around the village centre until lunch. The streets are all quite charming, though tourists of different persuasions may find that the mileage will vary, depending on interest and personal views on authenticity. Snack stalls competed with dozens of souvenir shops for customers and curious tourists, while young men sat lazily in the sun beside wooden rickshaws. Meanwhile, a steady flow of tourists crossed the bridge on foot and spilled out onto the main streets along the river, as a smattering of weekend bicyclists weaved in and out of the crowd, their bright spandex leggings and tops peeking out from amongst the masses. Lunch was at Arashiyama Yoshimura, a riverside soba restaurant known for its views of the Katsura and the green hills beyond. The food was decent enough, and, on an exceptionally warm spring day, the soba suited us just fine. 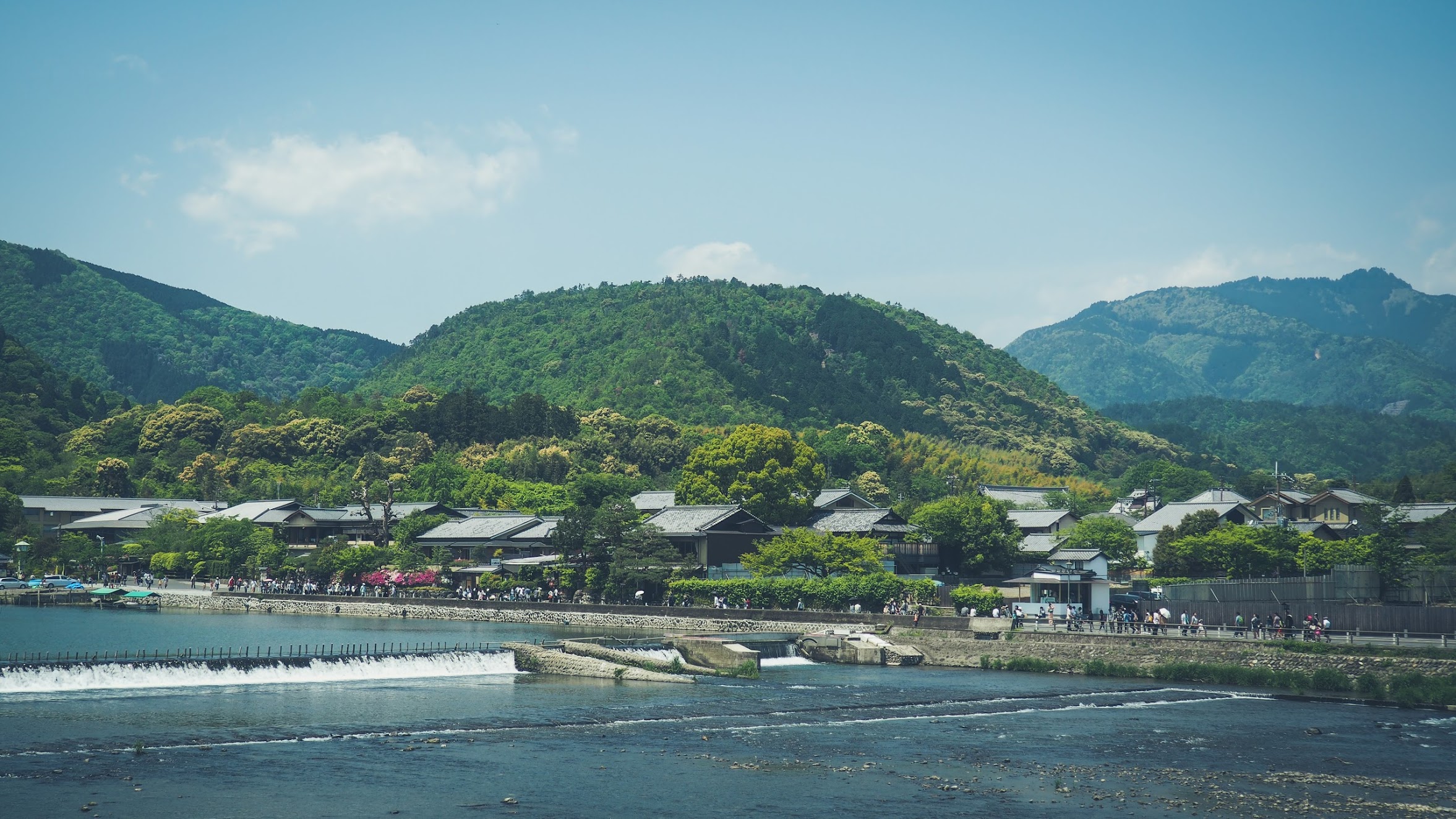 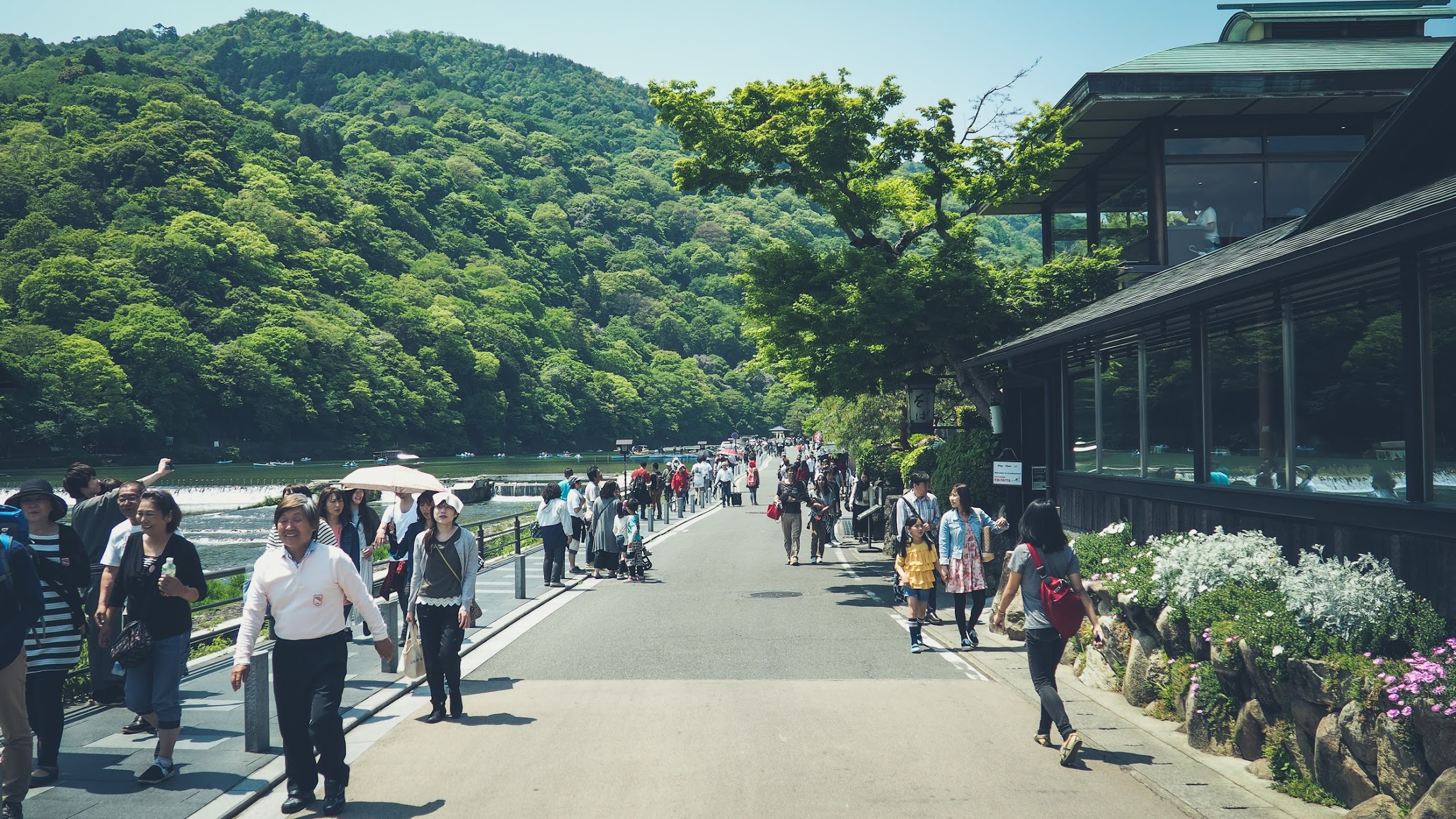 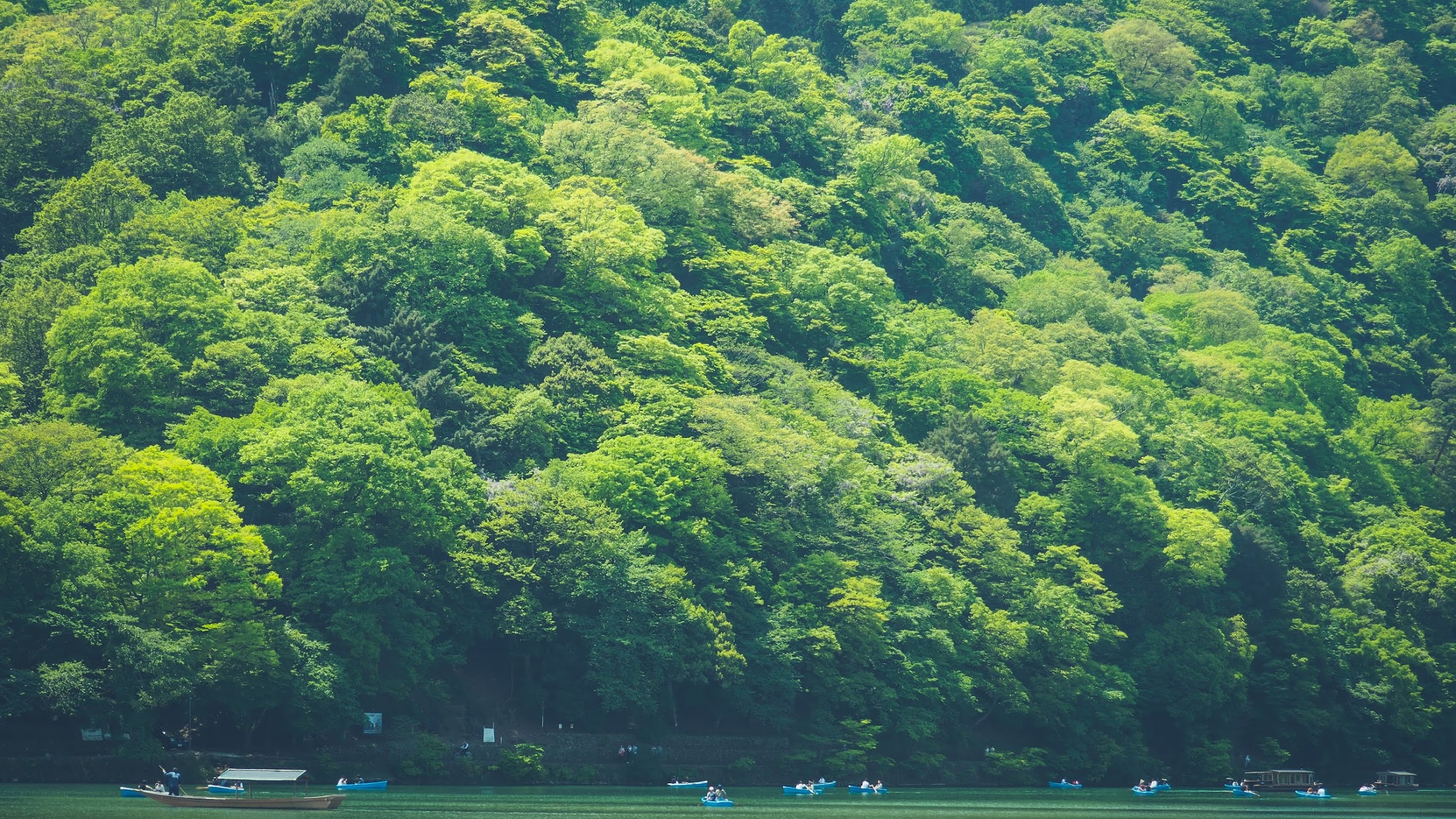 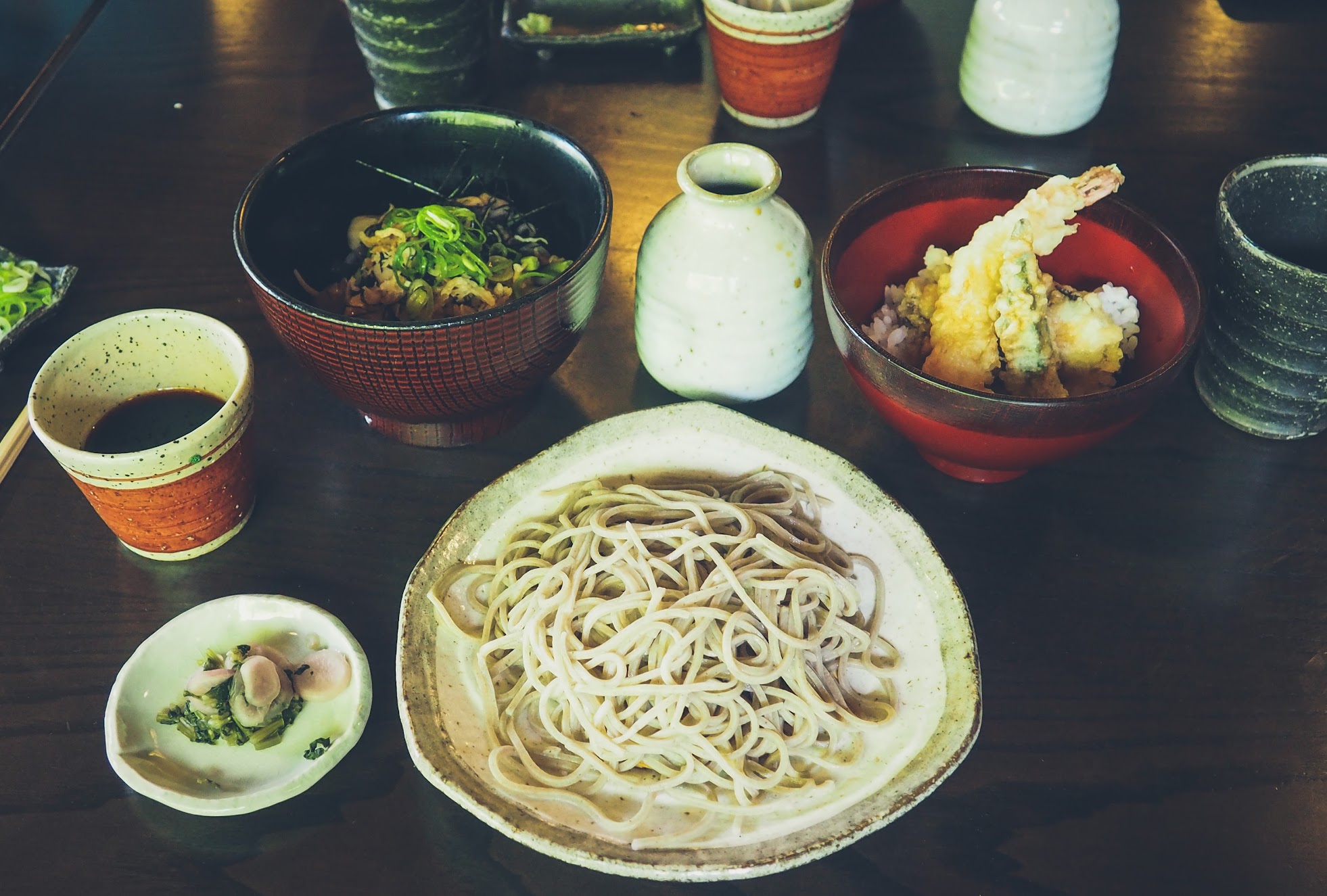 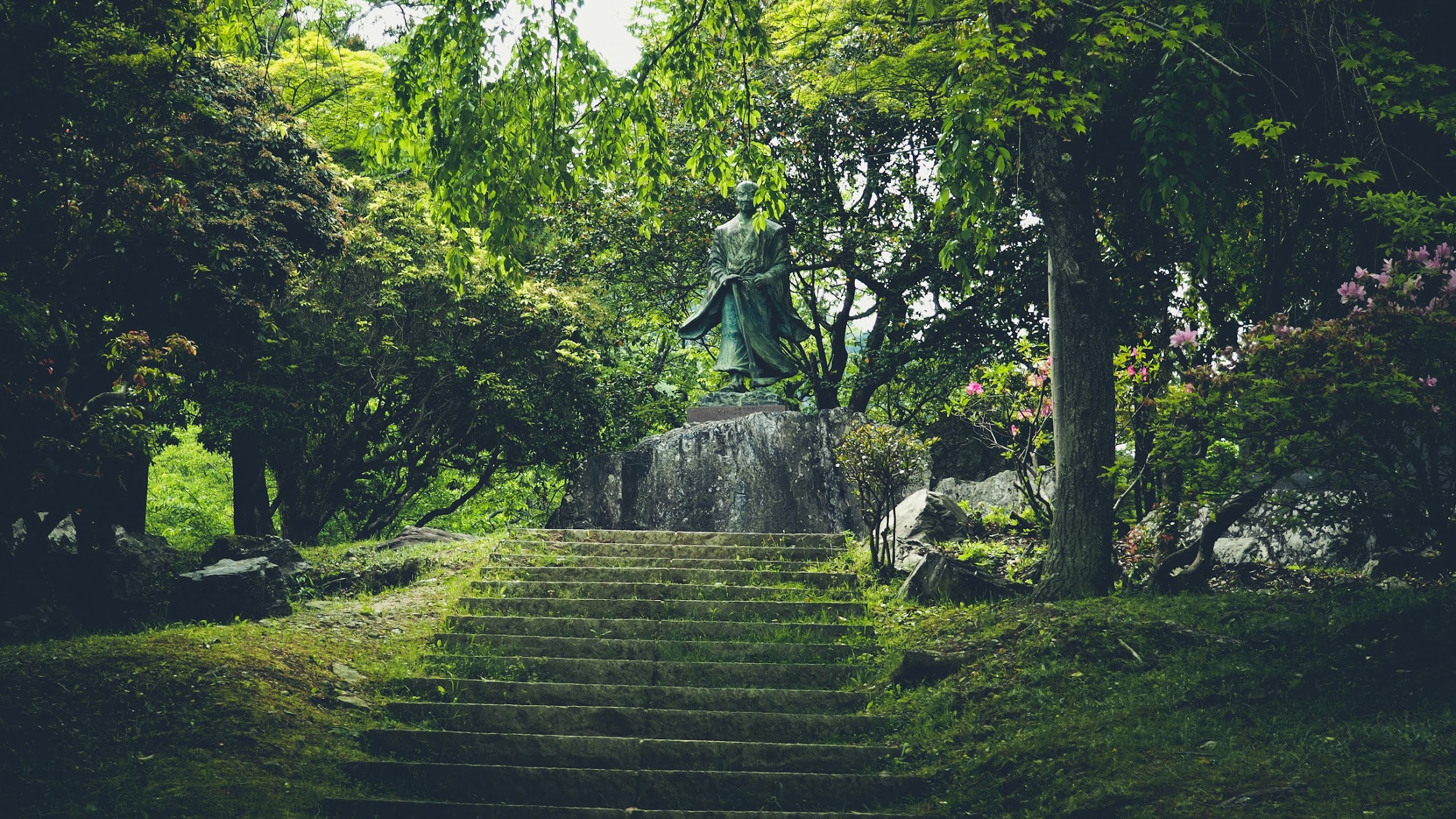 After lunch, we finally began heading towards the famous bamboo groves, walking along the river as it curved around the village. Arashiyama Park and Kameyama Park occupy the hillsides along this section of the Katsura, and we cut uphill through green spaces on shaded paths, past shadowy green statues and mossy steps. As we approached the bamboo groves, we found ourselves sharing the walkway with more and more people, until we reached the entrance and ran into the camera-wielding bottleneck. Once we finally got into the grove itself, it was a matter of constantly adjusting to and negotiating the congested path, as dozens of people silently shifted and shuffled around one another. It was beautiful to behold, no doubt, though a moment shared with a multitude of strangers. 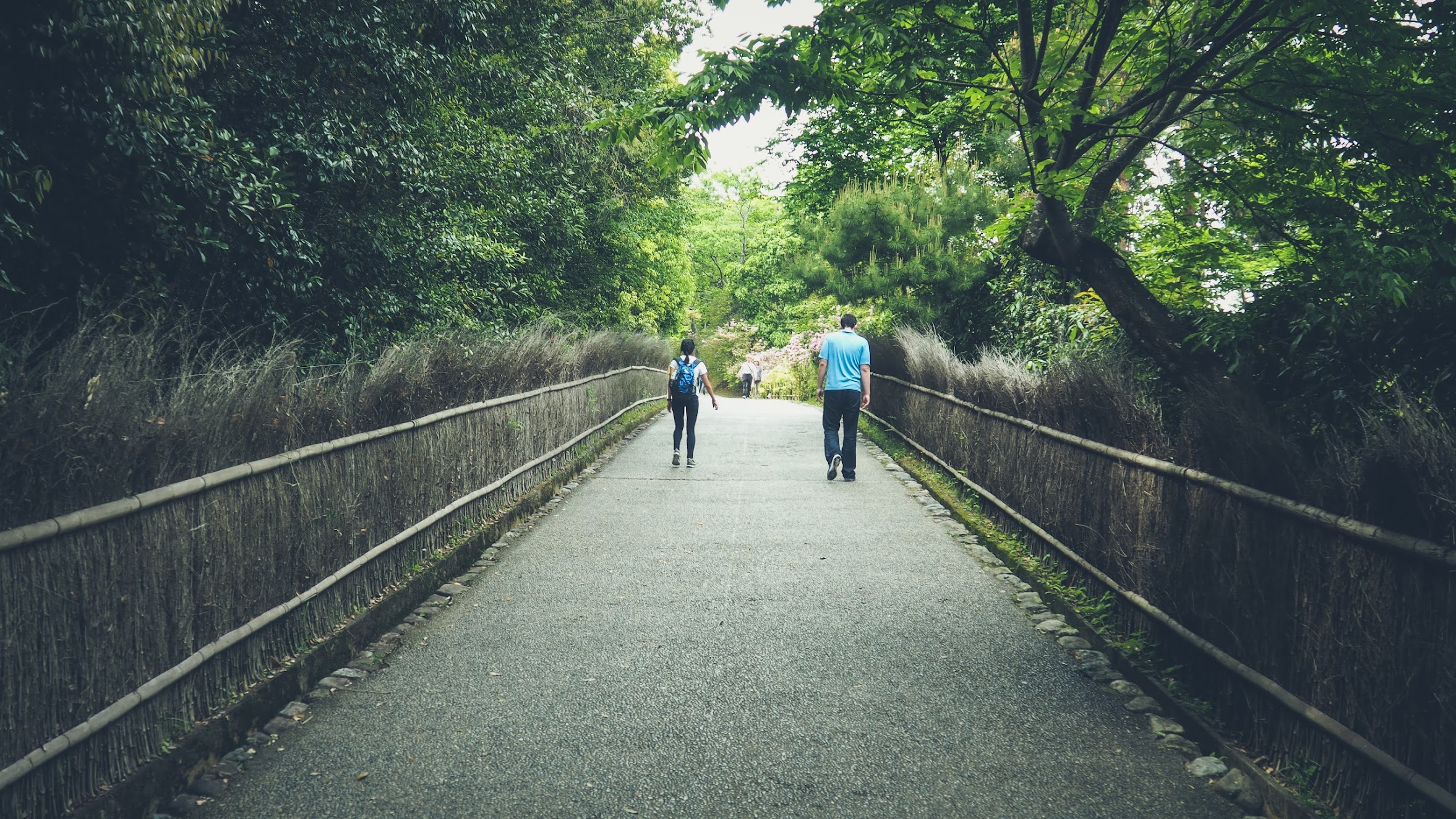 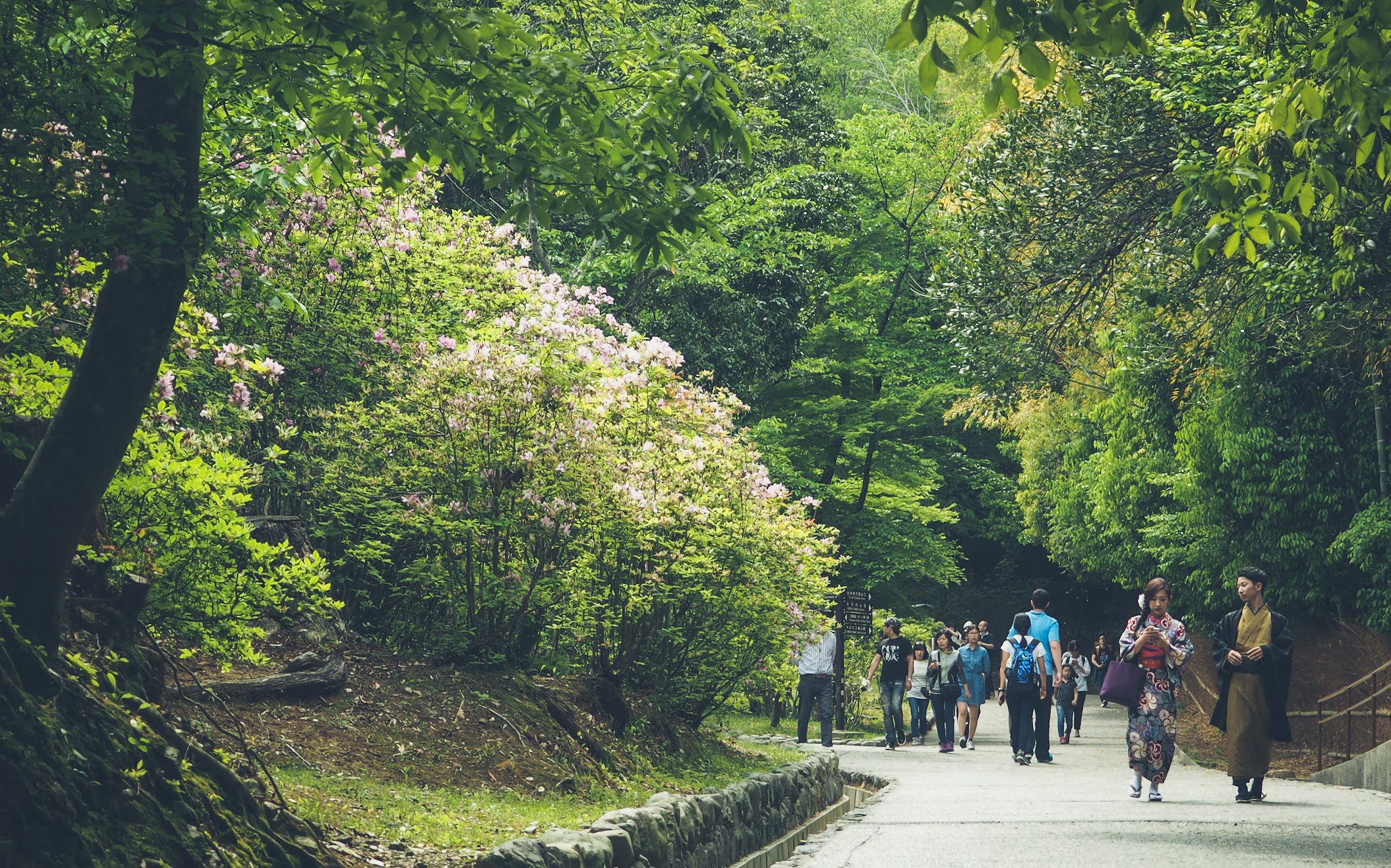 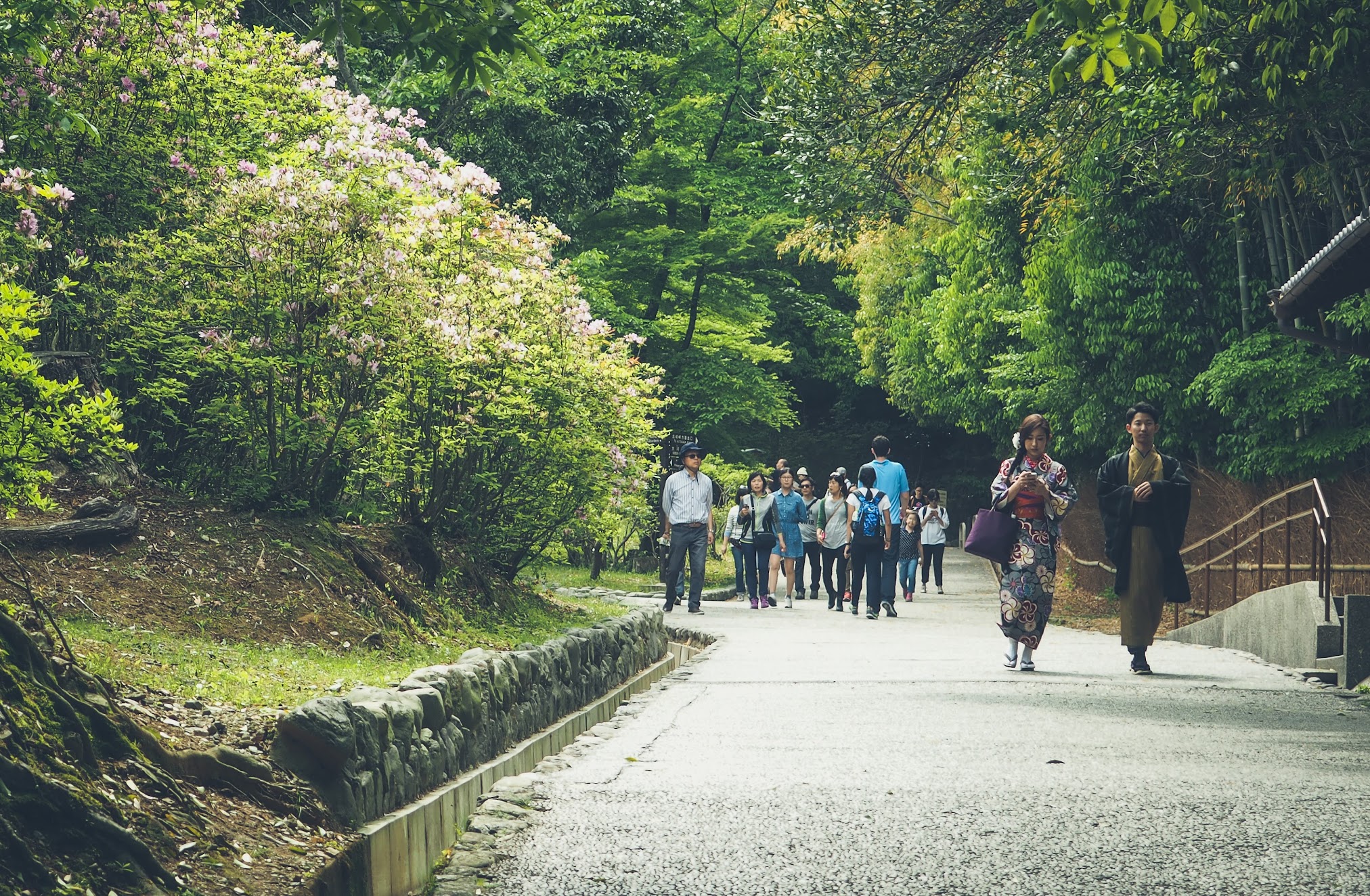 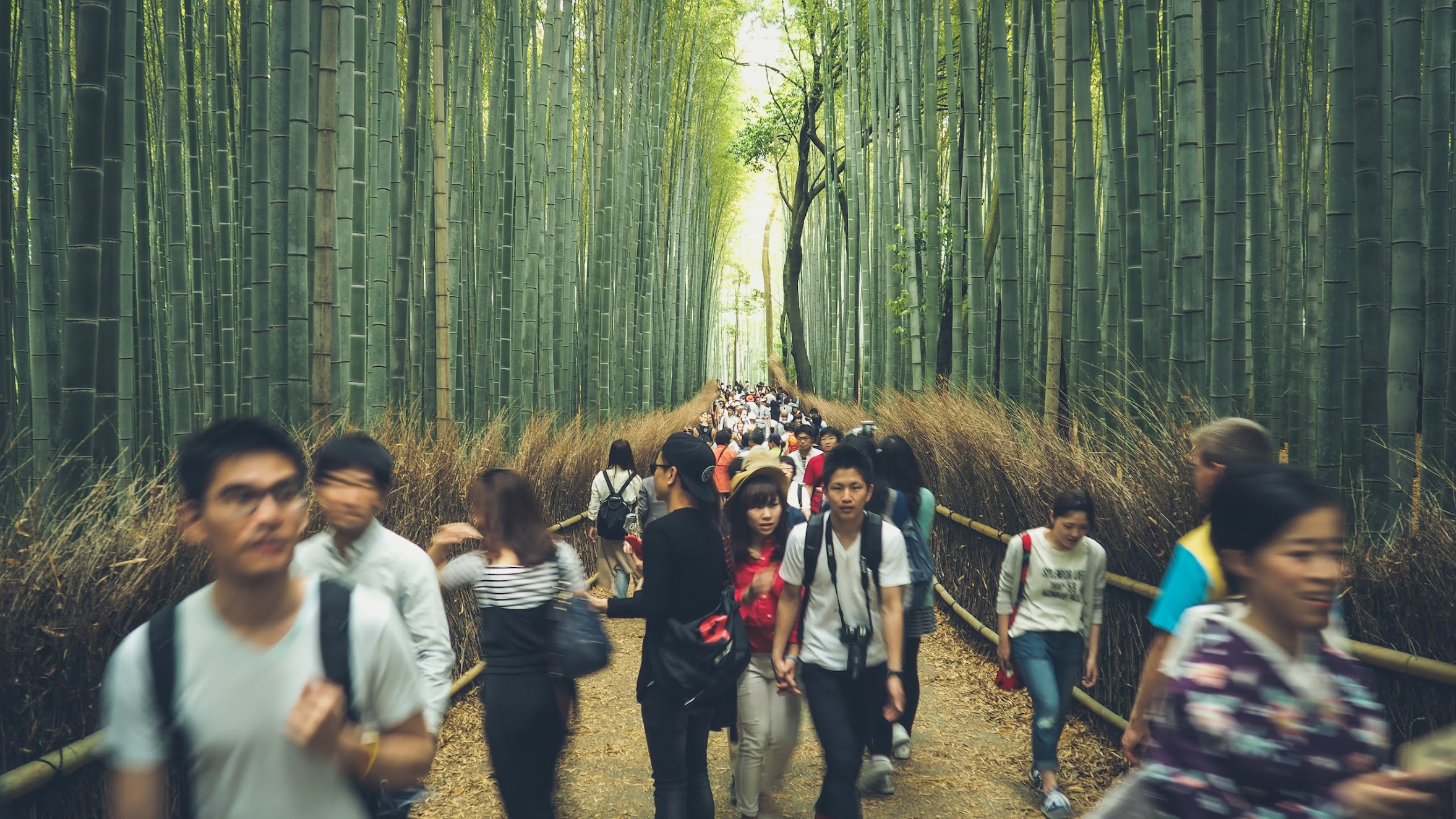 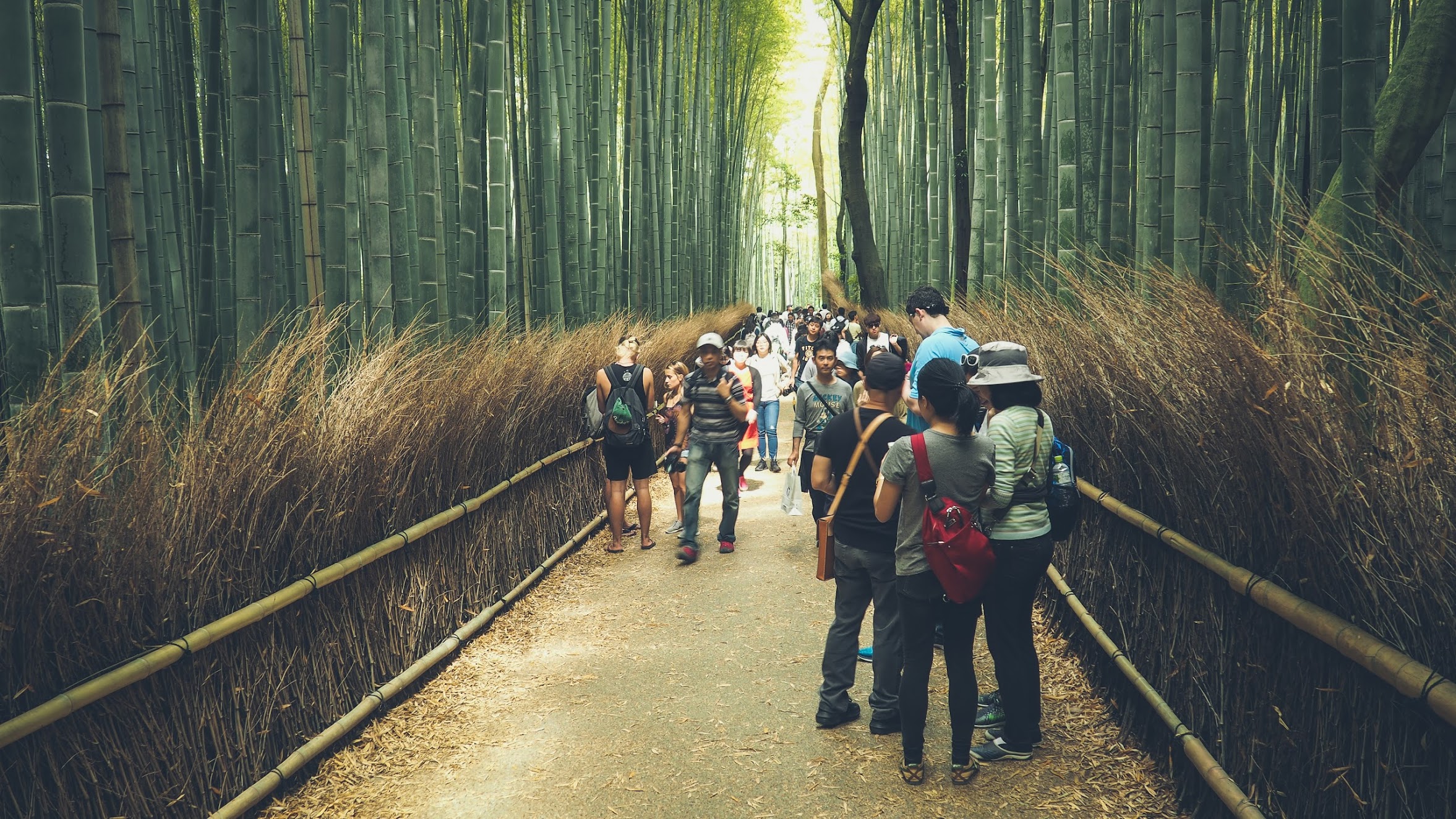 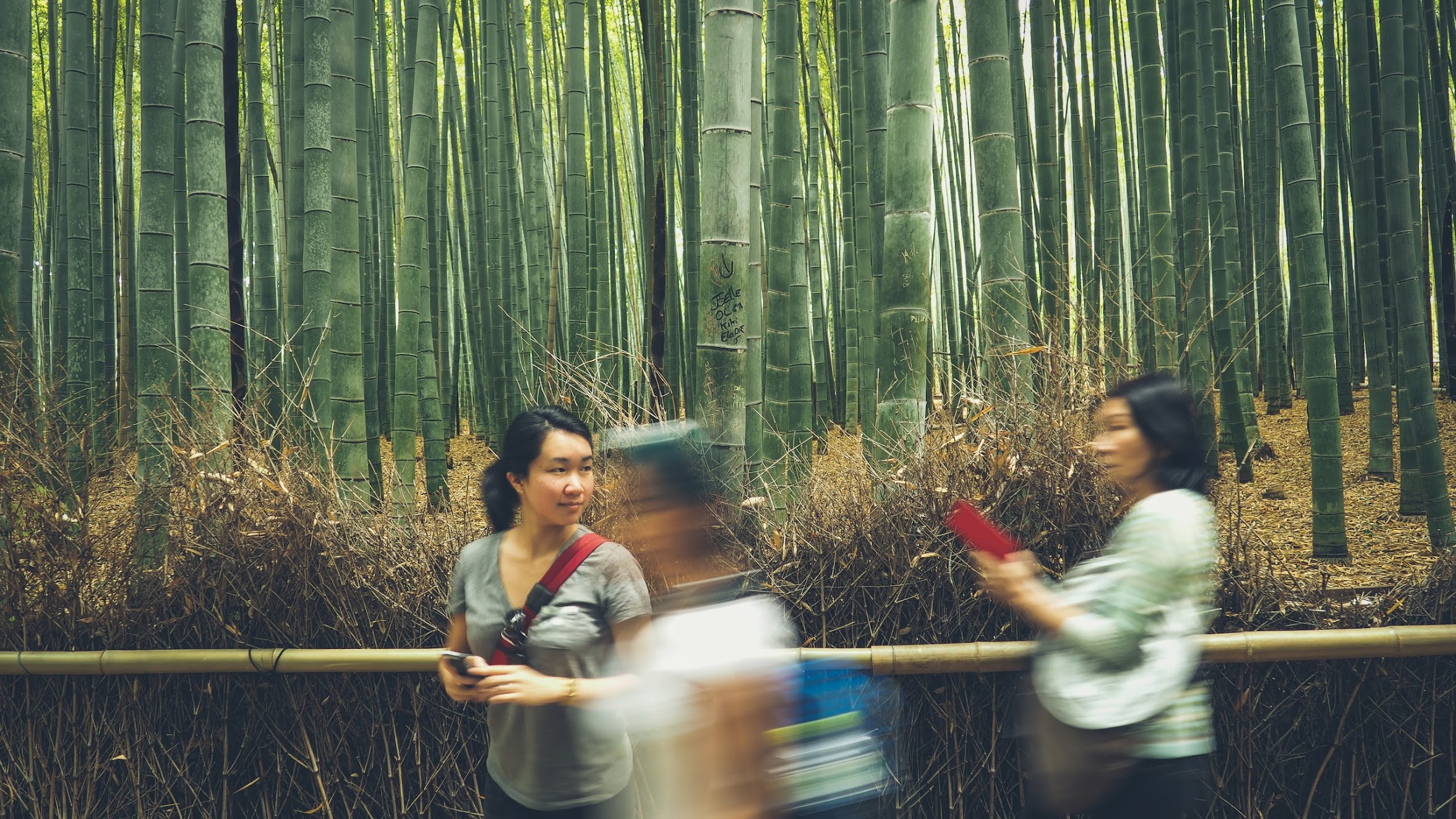 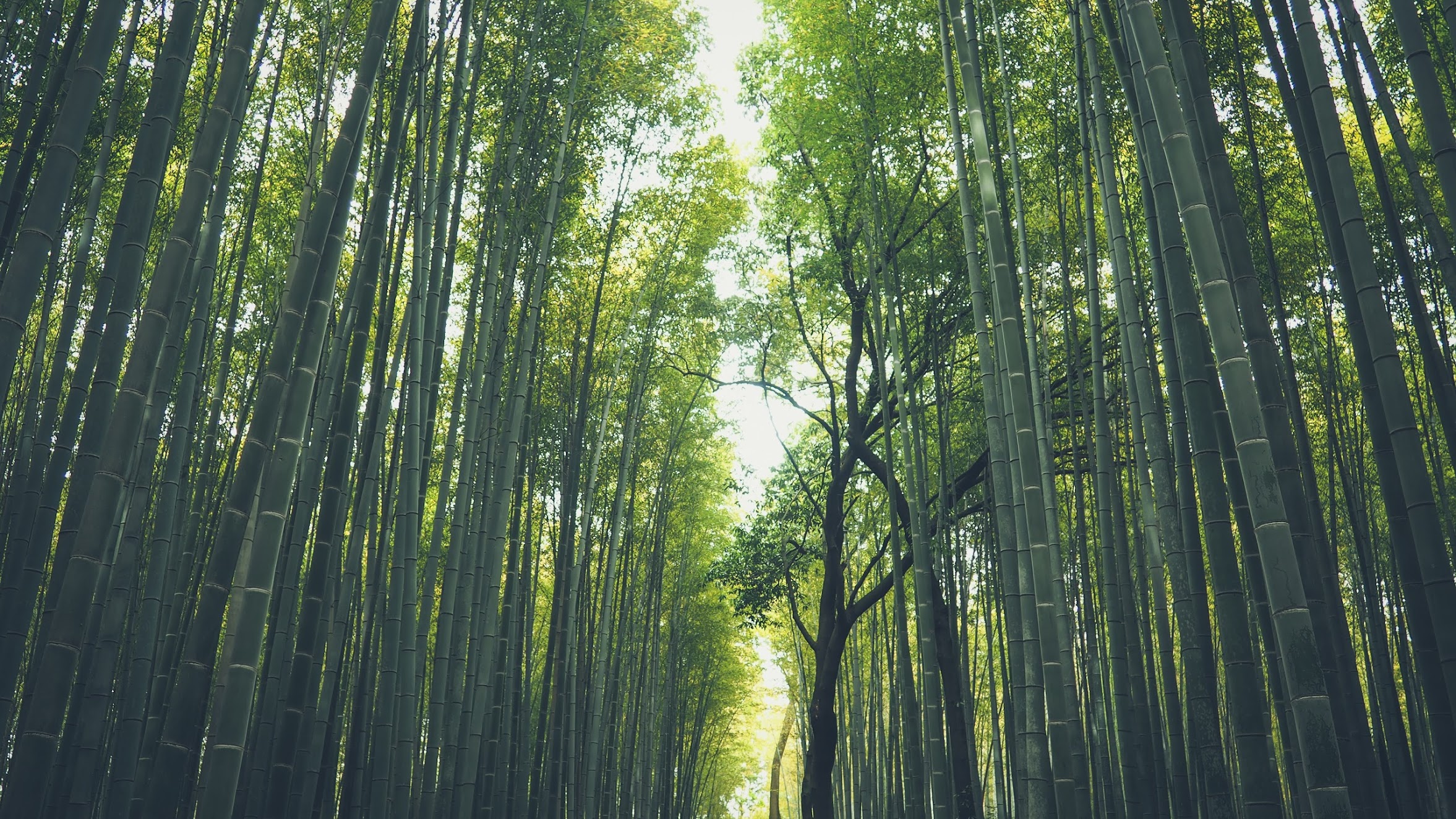 We made our way back to the city centre of Kyoto in the early afternoon, taking a couple of cabs to Nishiki Market. Known as Kyoto’s Kitchen, the market sells all kinds of locally-produced food products and cooking utensils along its five-block length, the hundreds of vendors and shops crowding the narrow pedestrian street. To be honest, I don’t actually remember much from the market, although if you were quite keen on high quality Japanese kitchen implements and the like, it might be of more interest to you. In any case, as afternoon slowly transitioned into early evening, our tired legs protesting against any further sight-seeing, we walked to the nearest train station and boarded the now-familiar Hankyu Limited Express. With a shake and a rumble, the old train pulled out of the station, and we departed Kyoto for the last time. 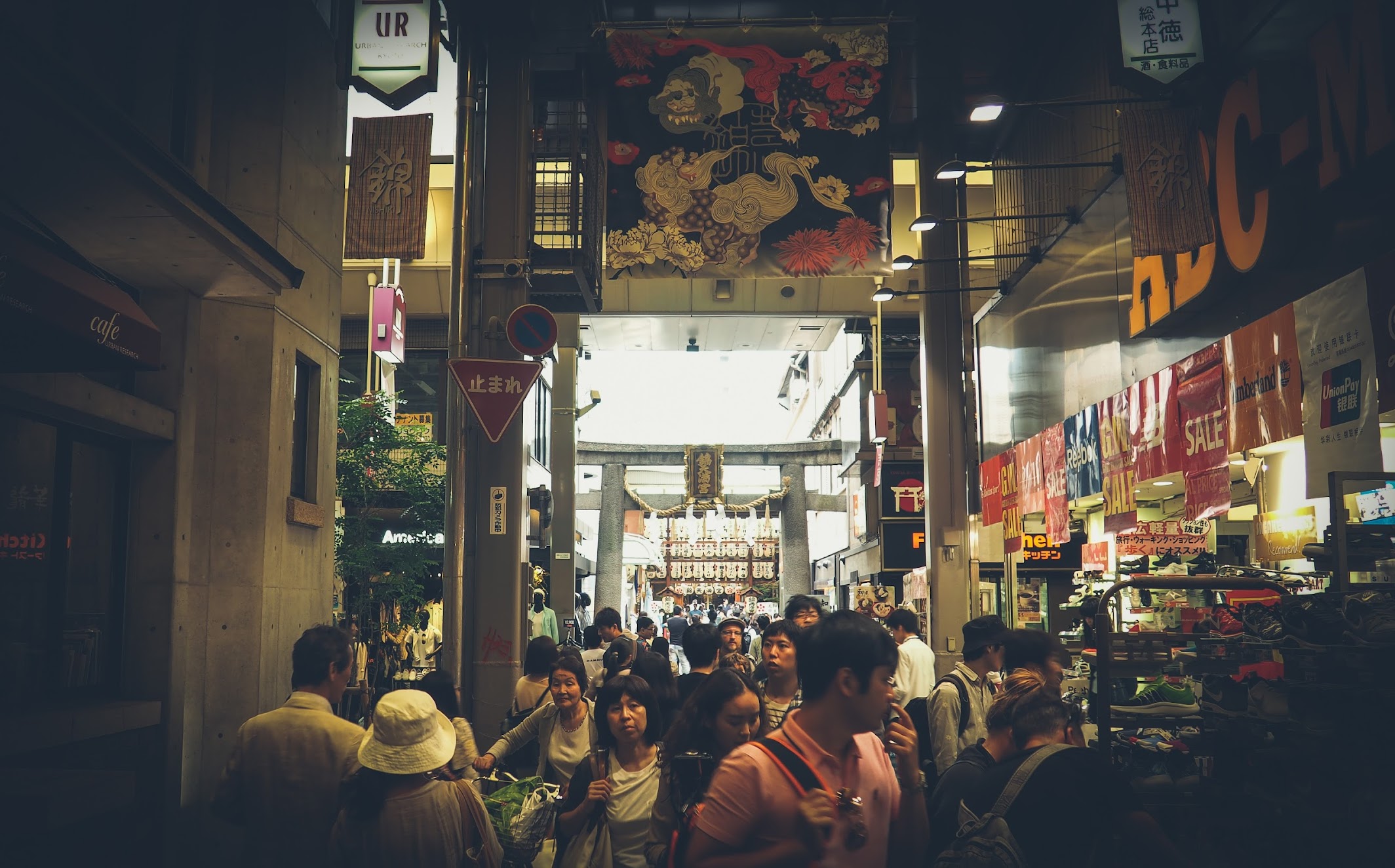