Dala on the River

South of downtown Yangon, on the other side of the Yangon River, is the township of Dala. Located on a large island in the Yangon River estuary, its dirt paths and modest dwellings are a far cry from the monumental colonial architecture across the water. The ferry to Dala takes only 10 minutes, however, making it ideal for a short day trip in the Yangon area. So, one bright and searingly hot weekday morning, I made my through the downtown core towards the Pansodan Ferry Terminal, along with Elsie and Yang, two of my fellow interns at Mizzima.

From our hostel on Anawrahta Road, we walked south along the dilapidated cityscape of Pansodan Road, until we reached the pedestrian bridge in front of the Myanmar Port Authority. The bridge spanned the multi-lane Strand Road, and, on the other side, a noisy market laneway was all that separated the city from the river. Inside the low, squat terminal building, however, insulated from the fruit vendors yelling their wares and the tourist scammers roaming the streets outside, a languid atmosphere hung heavy over the worn wooden benches. Men slept on woven mats inside cluttered offices, the thin curtains filtering the morning sunlight into dreamy shades of blues and greens, while our fellow passengers dozed in the dimly-lit departures hall. We approached the small ticket booth and, after being directed into one of the dingy offices to pay our tourist ferry fares, about 4 USD, we settled in for the short wait until the next river crossing. 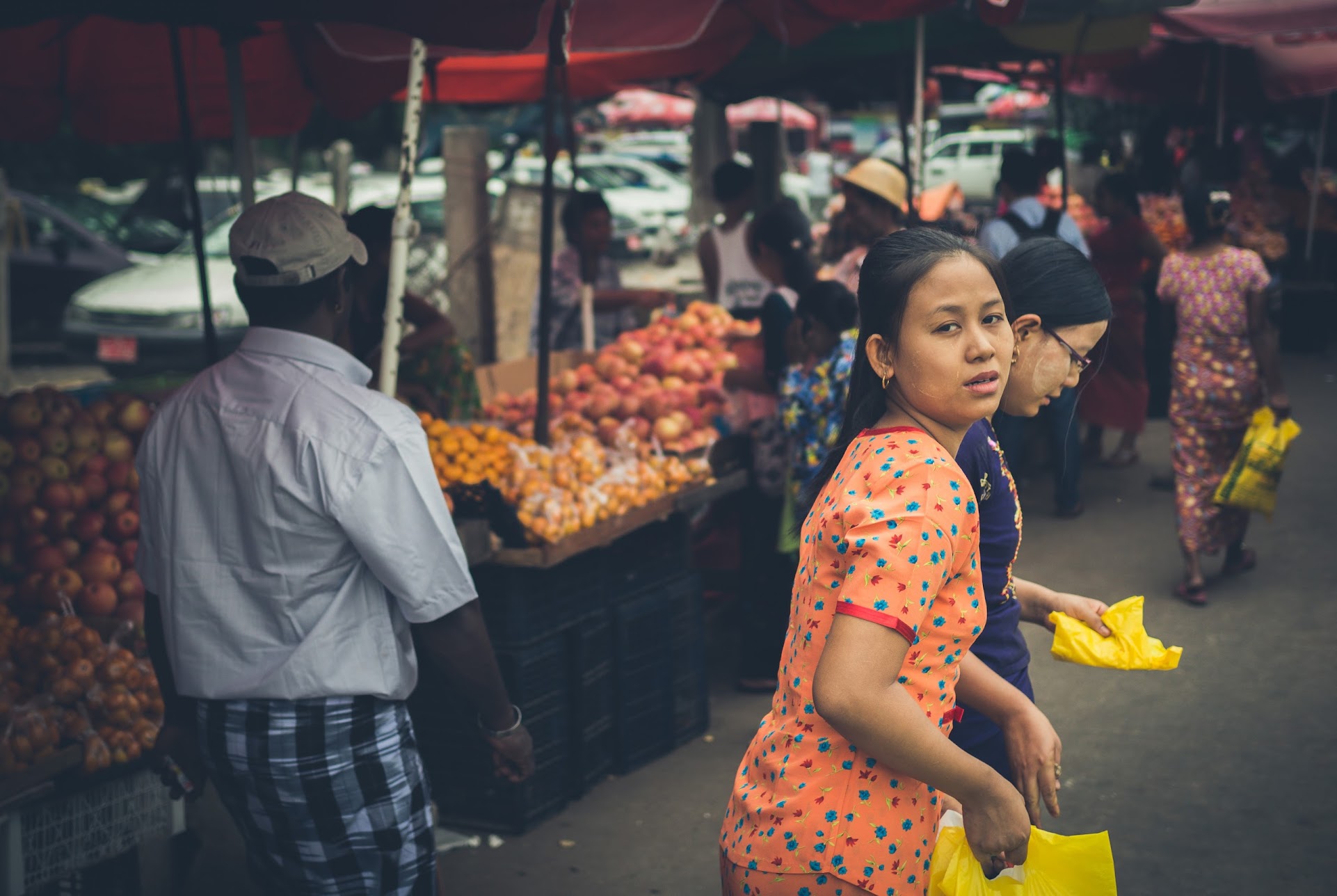 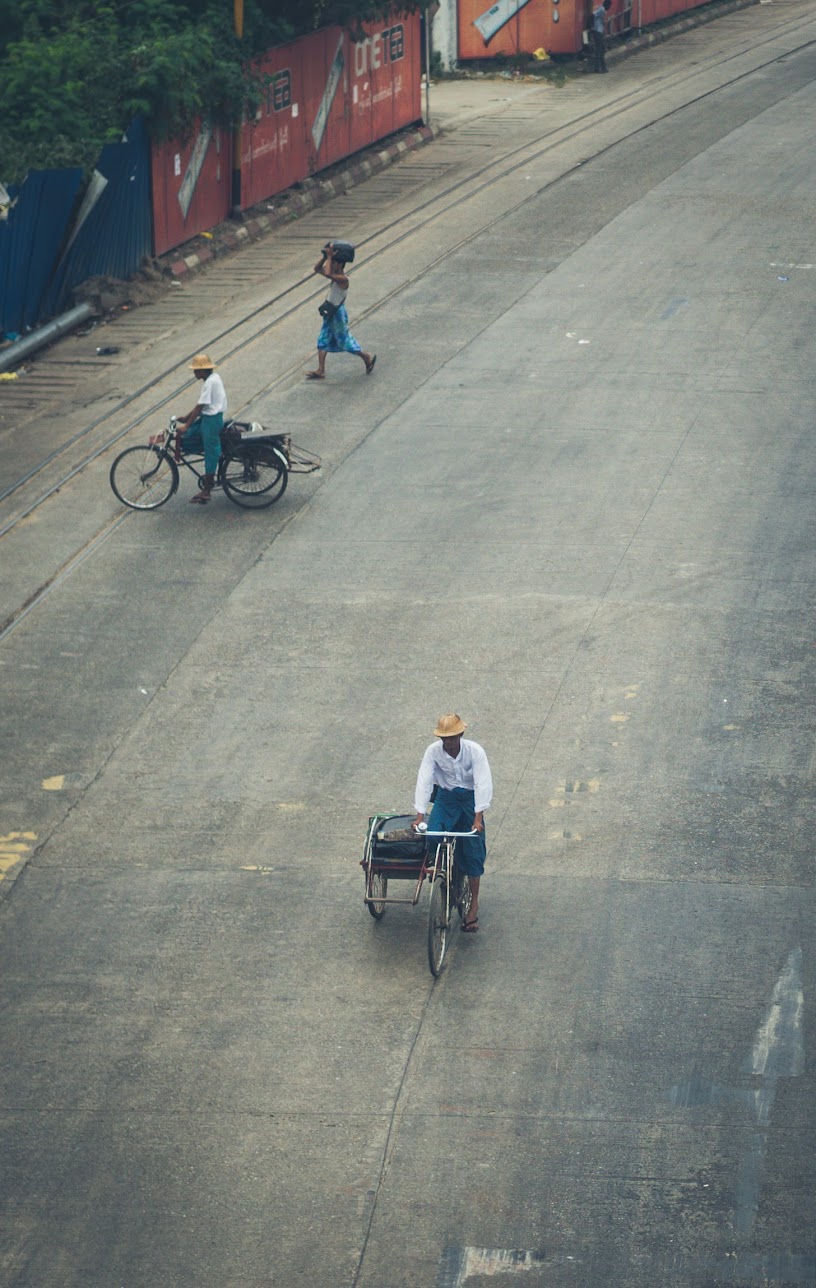 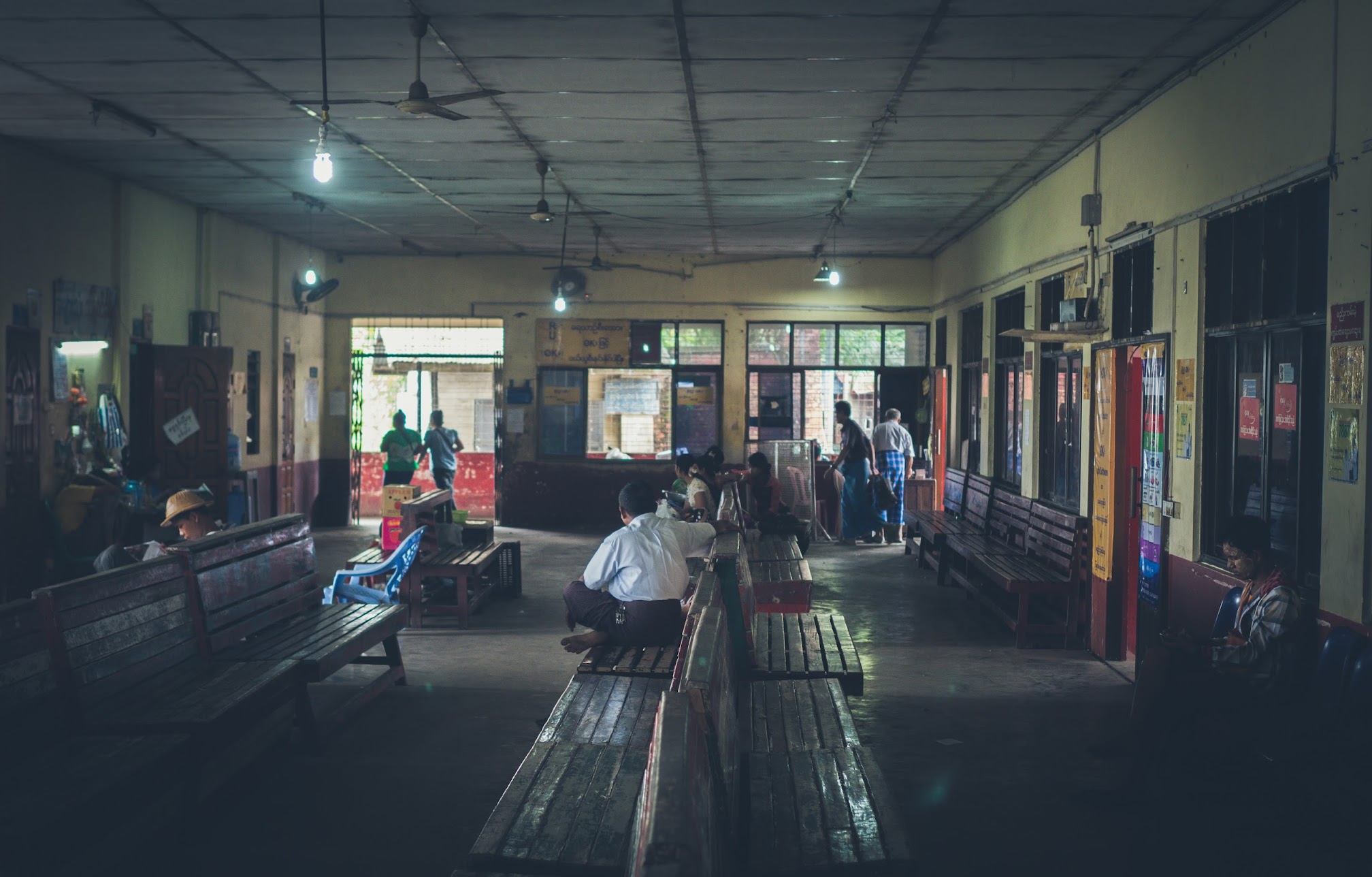 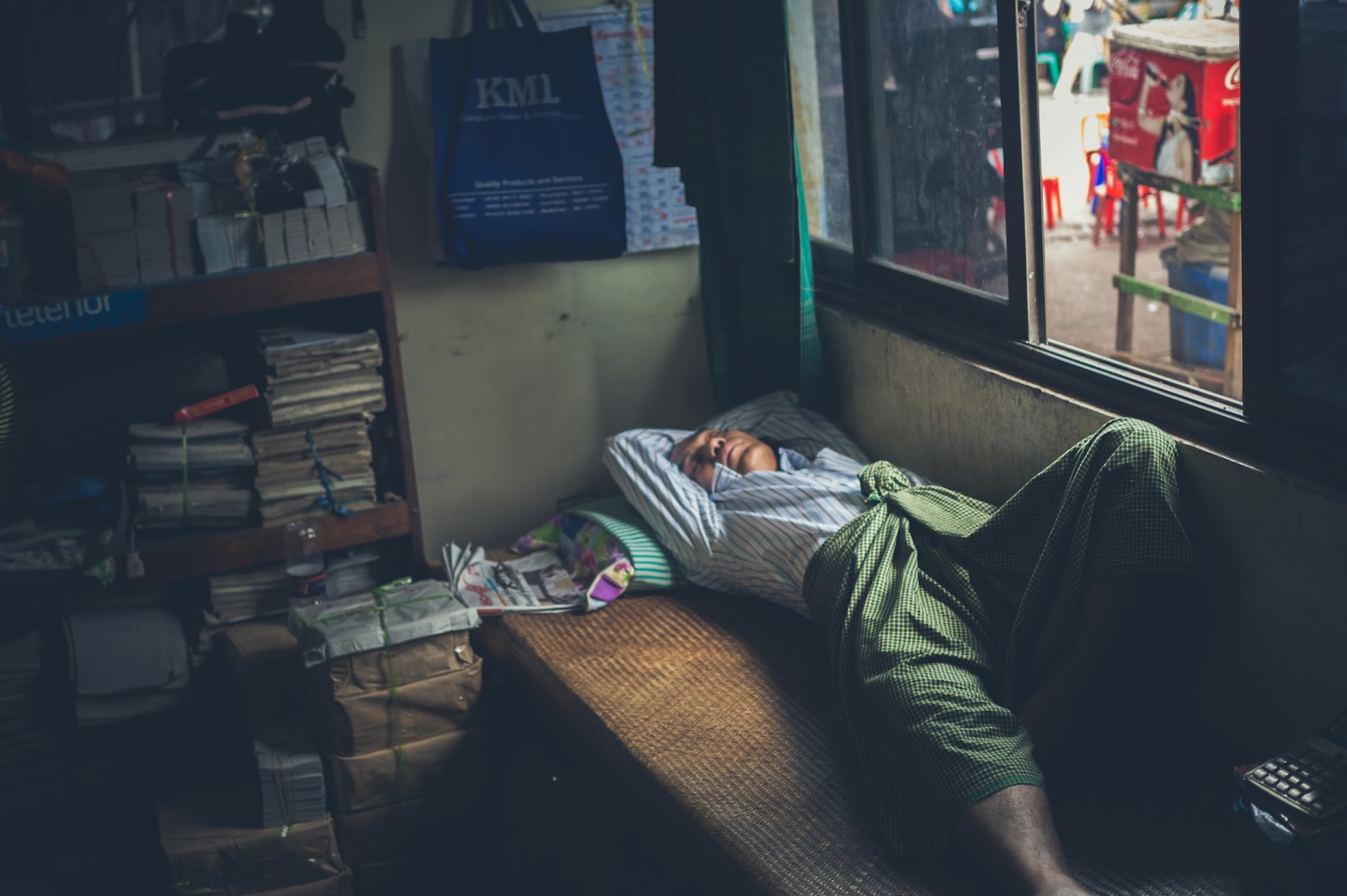 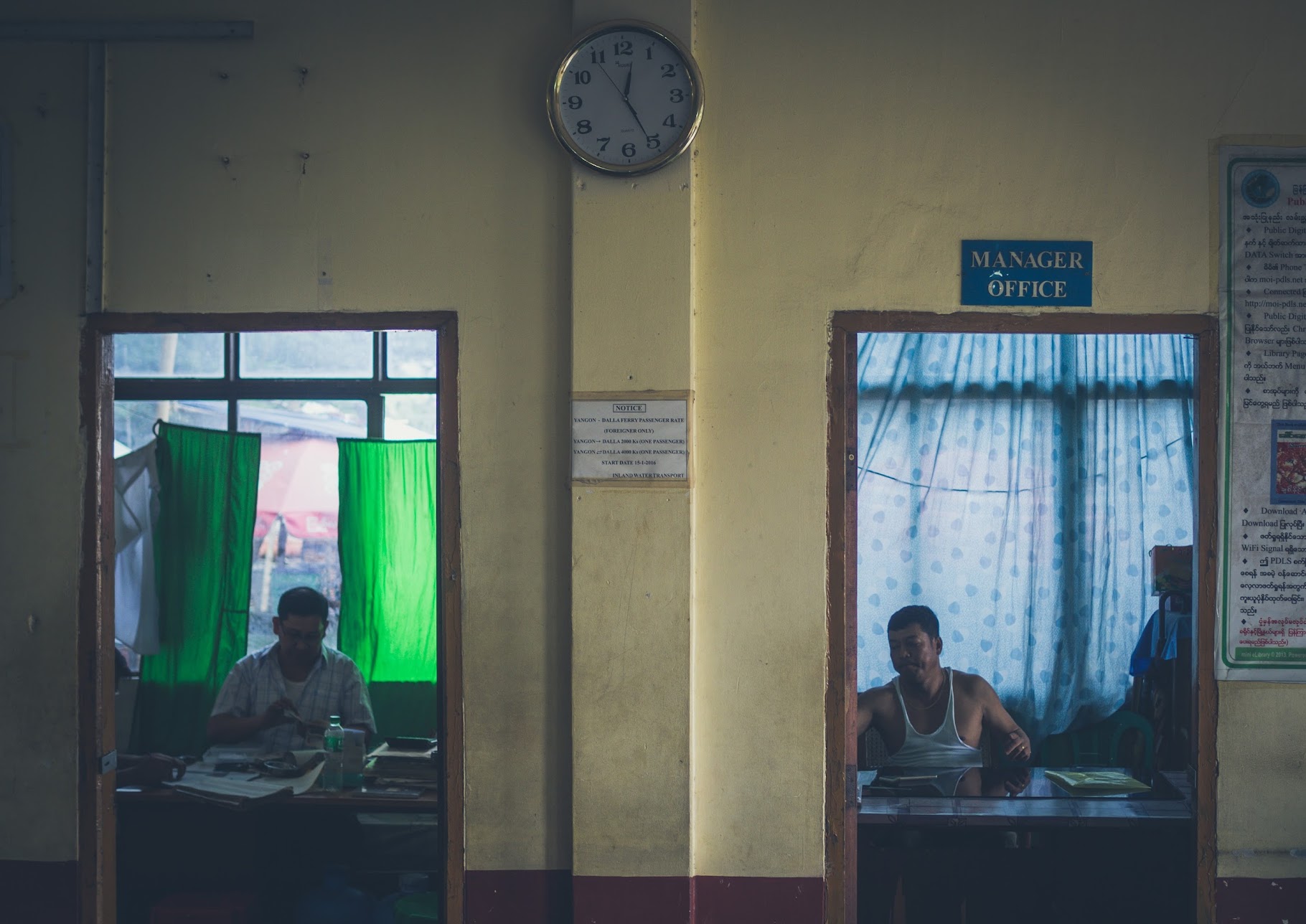 The Swell of Humanity

A crowd materialized from out of the humid air wafting around us as the ferry approached the concrete dock outside, and we joined the swell of humanity pouring out the gates and down the congested walkway. The lower deck was completely full by the time we boarded, the green plastic benches full of young men in flannel shirts and tight jeans, commuters in their cotton tops and longyis, and monks decked out in flowing saffron robes – heads bowed over their Chinese smartphones. An endless parade of vendors marched up and down the already crowded aisles – the more mobile entrepreneurs, heads piled high with straw hats for sale, ambling past the older ladies selling quail eggs from newspaper-lined baskets and the children scurrying between legs and suitcases, arms full of prepackaged snacks.

We made our way upstairs to the relatively-less congested second deck, our view of the slow-moving estuary and the forested river banks filtered through a grey morning haze. Rusty ships plied the muddy green waters on either side, accompanied by an ever-present flock of gulls – the only signs of life in Yangon’s oppressive wet heat. Within minutes, we felt the ferry slow down as it turned to dock at the Dala Ferry Terminal, and we joined the sweaty crowd on the lower deck, awaiting our first glimpse of the world across the river. 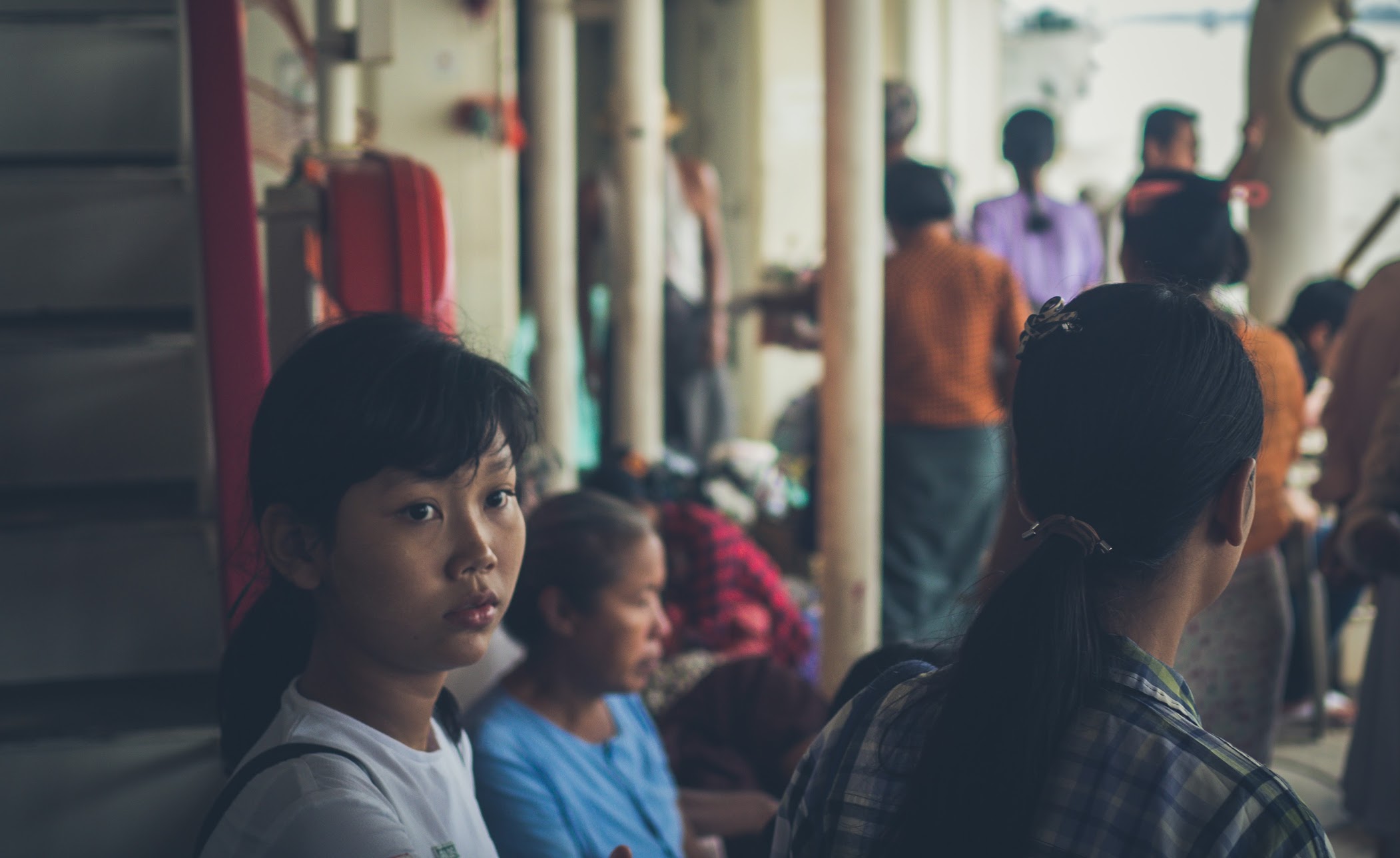 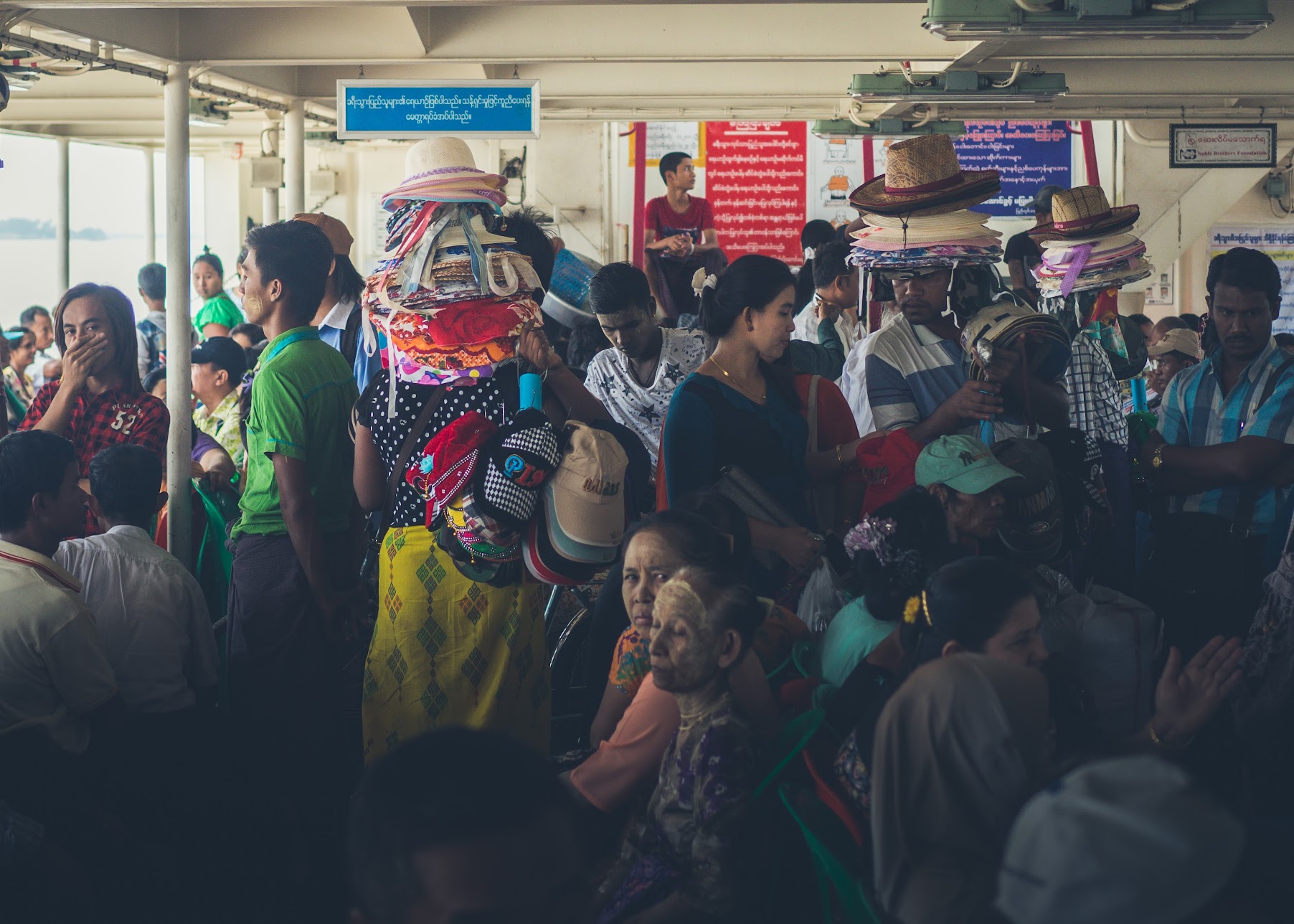 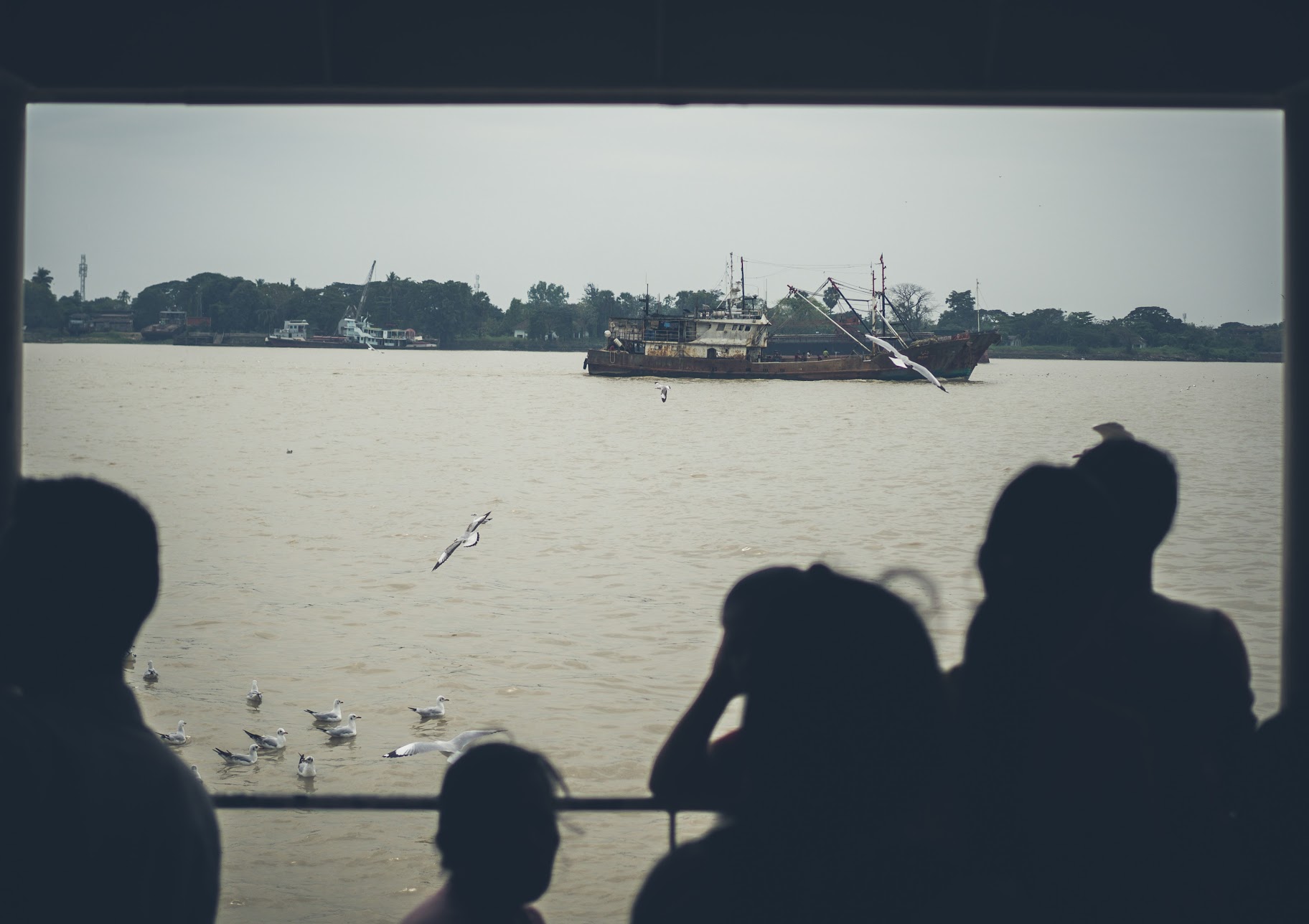 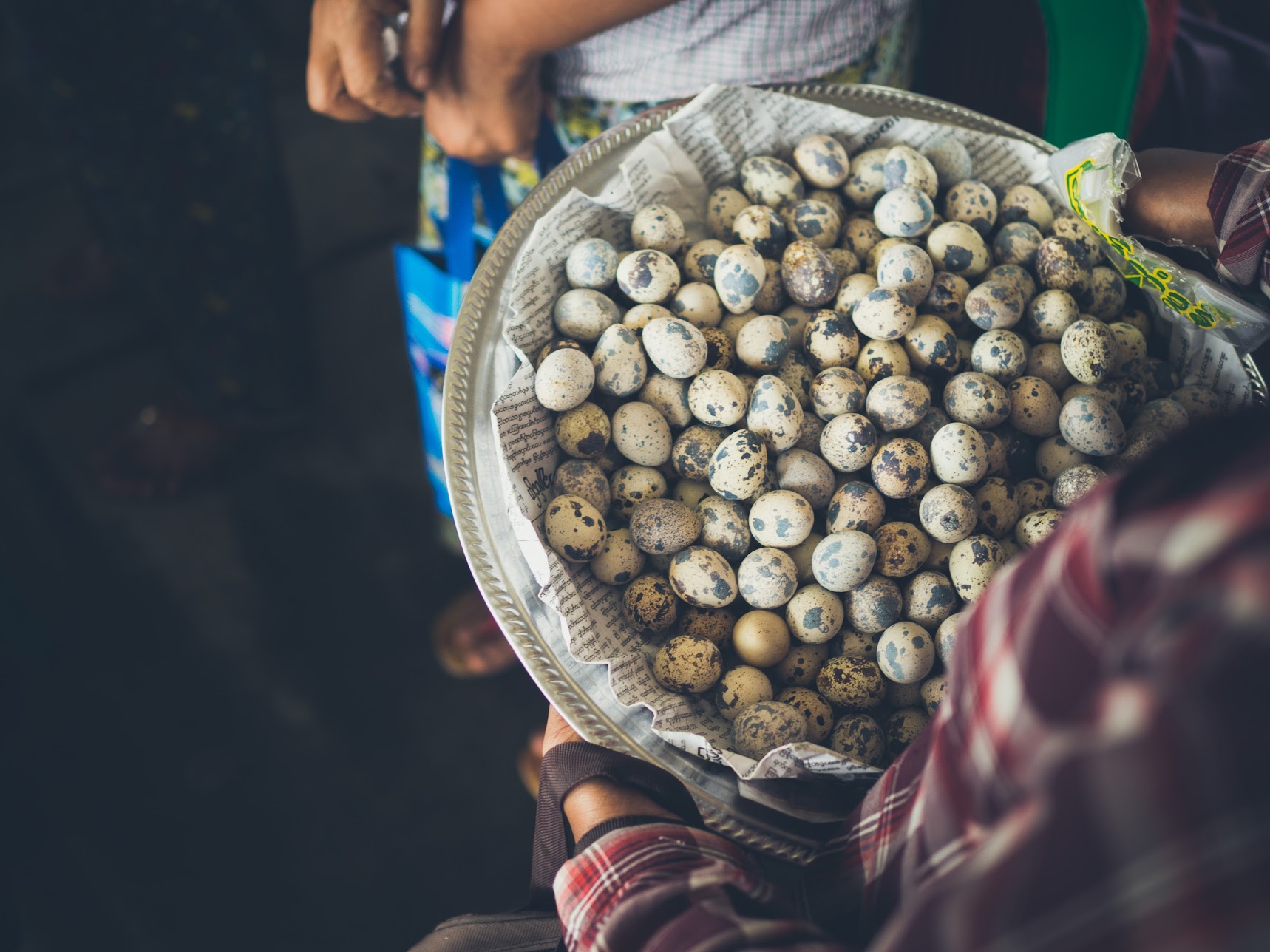 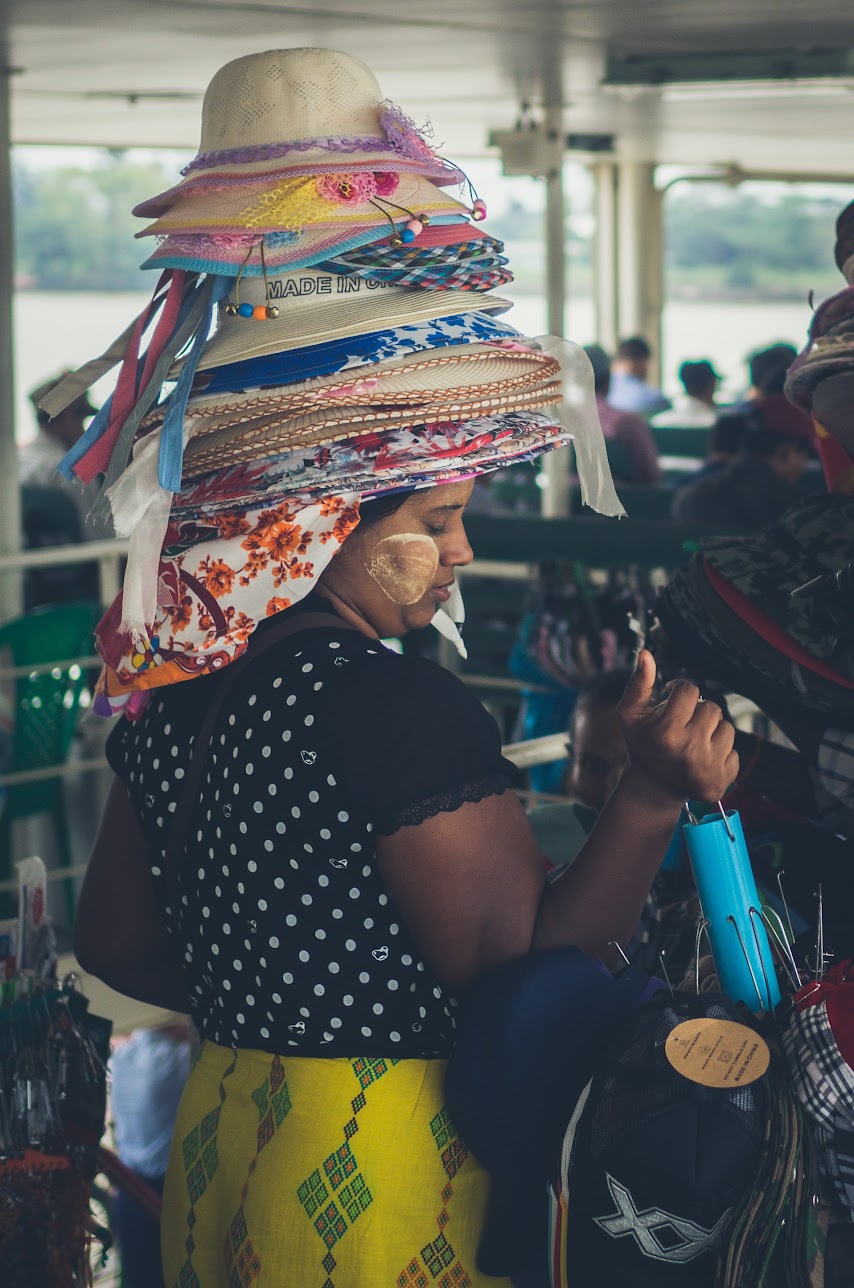 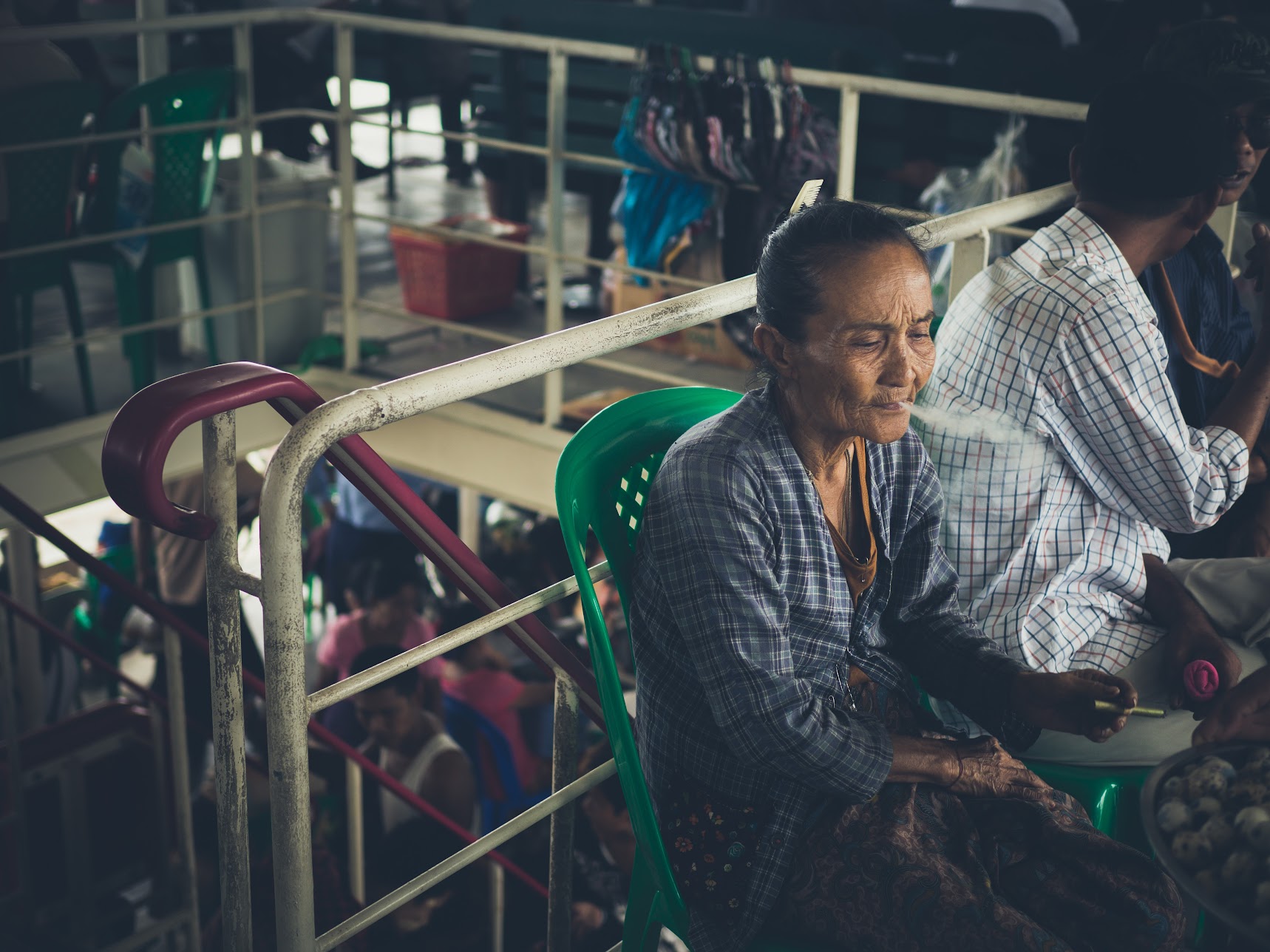 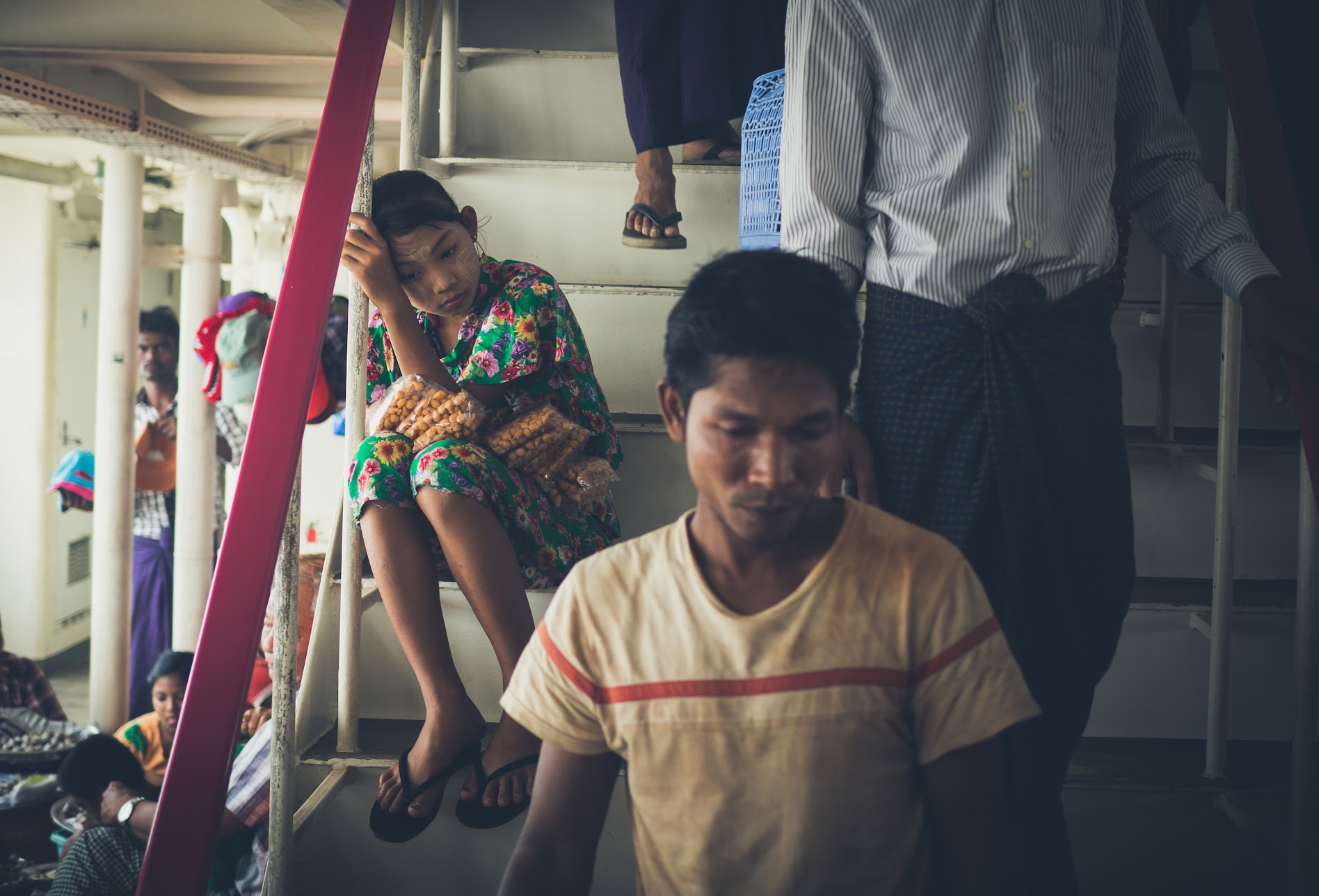 The first few results when doing a Google search on Dala aren’t so much about the place itself. Instead, rather worryingly, they’re full of warnings about the scammers who prey on unsuspecting tourists. There are horror stories of foreigners and their dealings with the throngs of trishaw drivers waiting just outside the ferry terminal – tourists being told one price for the day and then being charged that price per hour, being taken to poverty-stricken areas of Dala to buy food that just goes back to the depot, or getting accosted by accomplices in Yangon after refusing to pay scammers in Dala. So we were extra vigilant that morning – almost too vigilant – adamantly refusing to consider any and all offers from the trishaw drivers. A group of three to five trishaws persisted after the rest had given up, following us for almost half-an-hour away from the docks, insisting that it would be impossible for us to see anything on foot.

When they eventually fell away and headed back to the ferry terminal, we, somewhat sheepishly, realized just how right they were. The island isn’t especially big, but it would still take us hours to traverse it on foot. In the end, we contented ourselves with walking through the local neighbourhoods on the outskirts of town, making our way through the backstreets and dirt alleys that branched off from the main road. There wasn’t anything to see in particular, aside from a small monastery, where we were quietly followed around by a group of bemused novices and monks, nor did we have much of a plan beyond getting across the river in the first place, so, after an hour or two, we decided to return to the city. 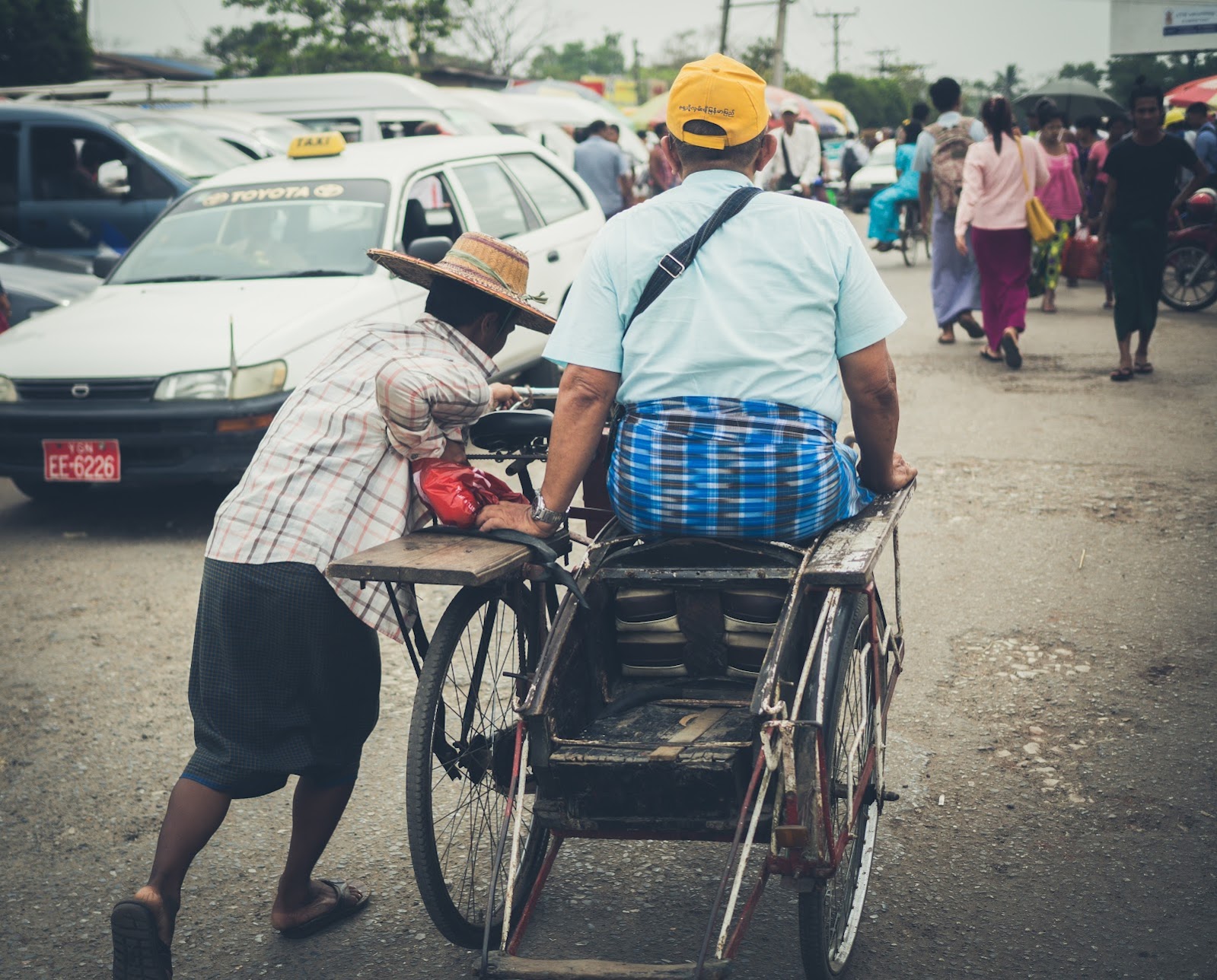 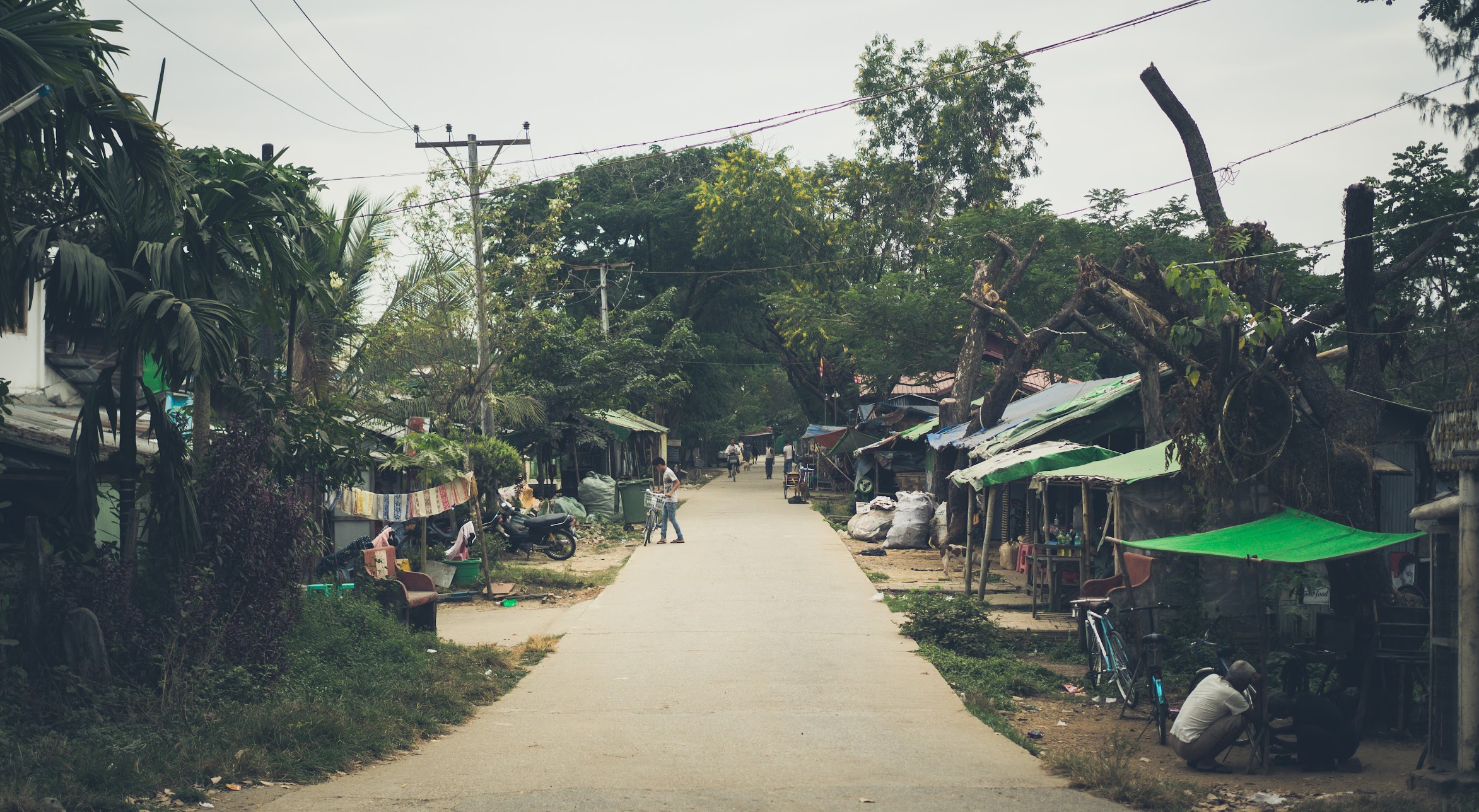 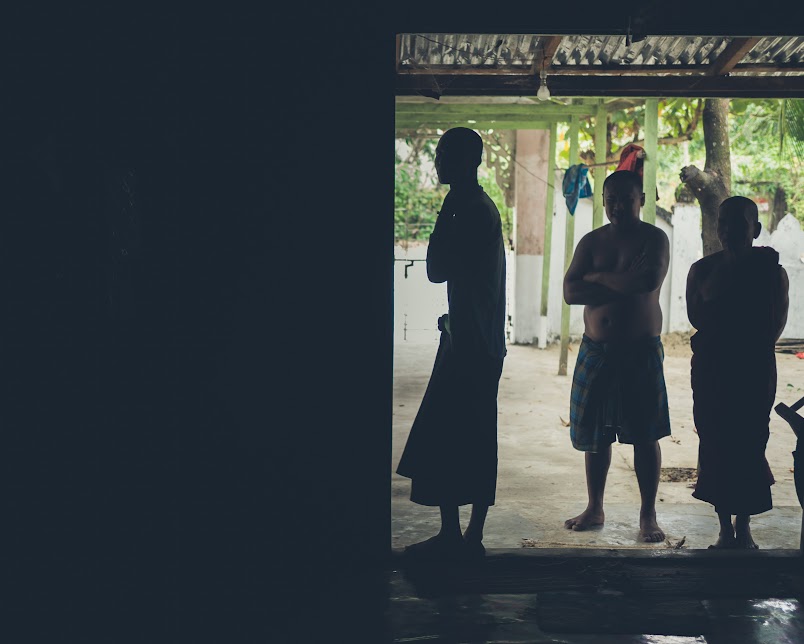 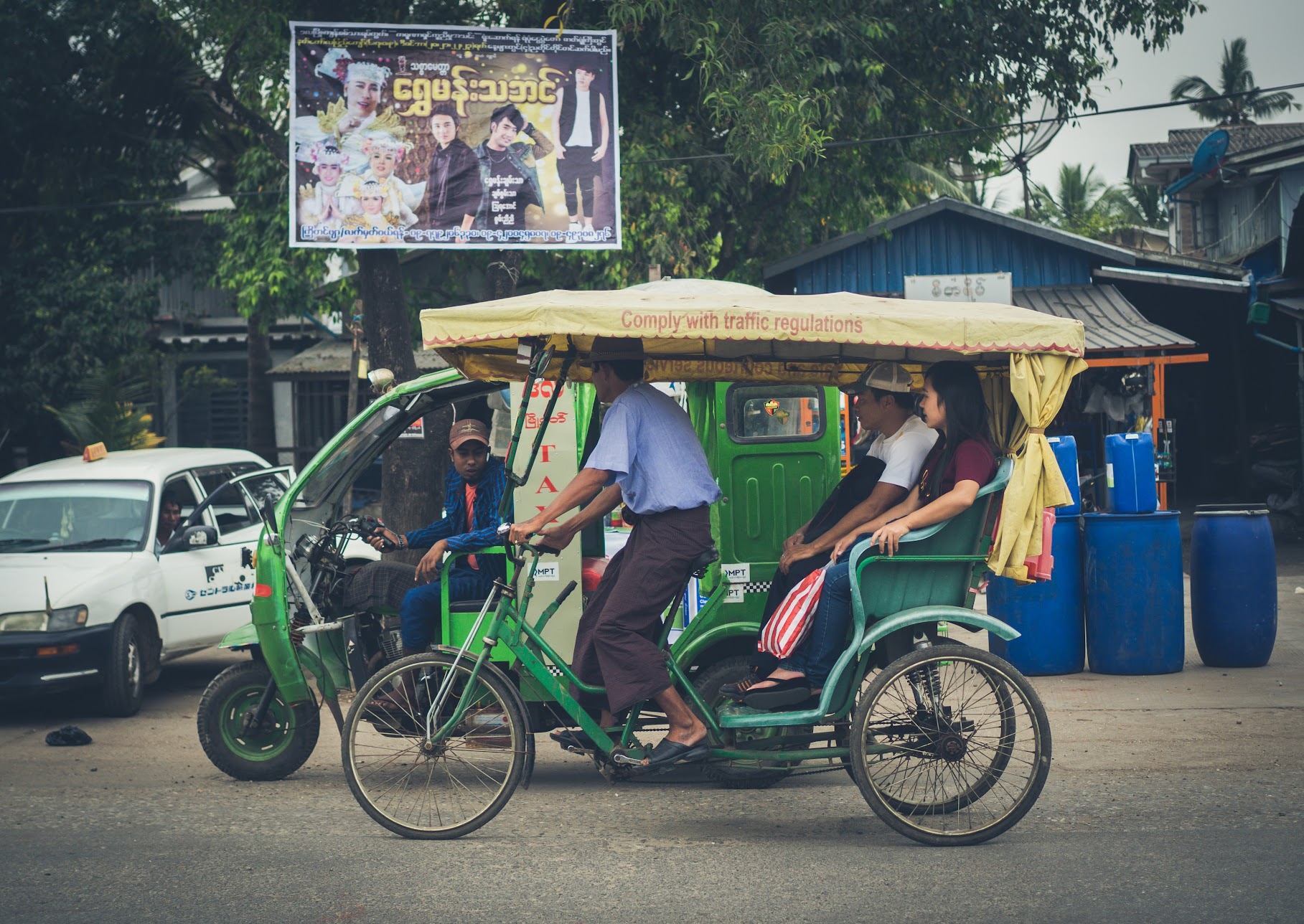 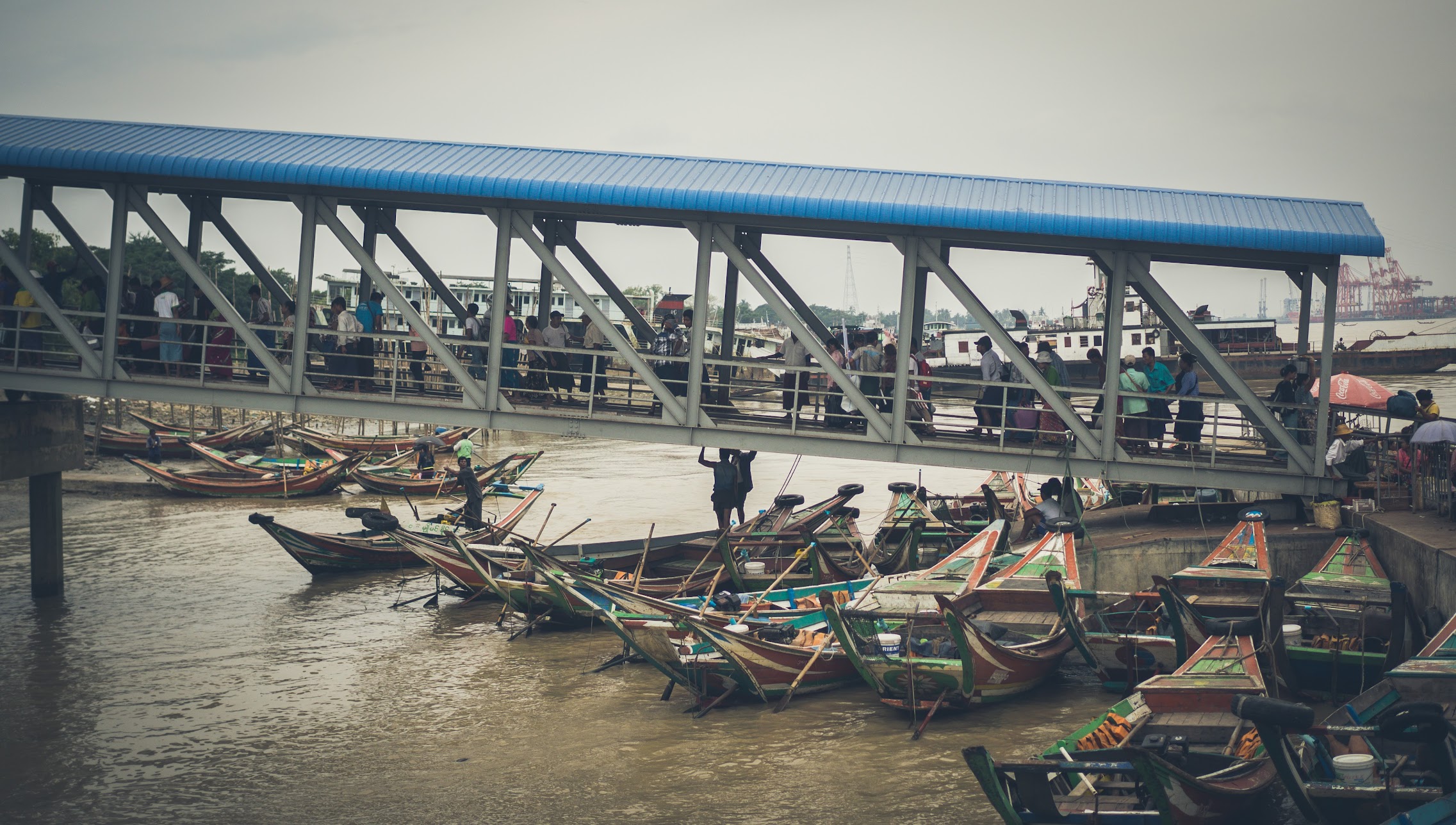 On our return journey, we went up to the second deck again, where we were quickly surrounded by kids selling little packets of snacks. Their faces were covered in rough patterns drawn in thanaka, the ubiquitous whitish-beige cream made from tree bark used by women and children throughout Myanmar to prevent sunburn and ensure healthy skin. Then, about halfway across the river, a man in a short-sleeved button-up shirt and a longyi joined us and started buying up all the snacks. Sensing an open wallet, the children rushed forward and crowded around the generous stranger, hurriedly shoving packet after packet into his hands. For the rest of the short journey, the young and the young at heart leaned against the white railings and tossed handfuls of unidentifiable deep-fried kernels off the side of the ferry, laughing and waving as the gulls swooped in to snatch their offerings out of mid-air. 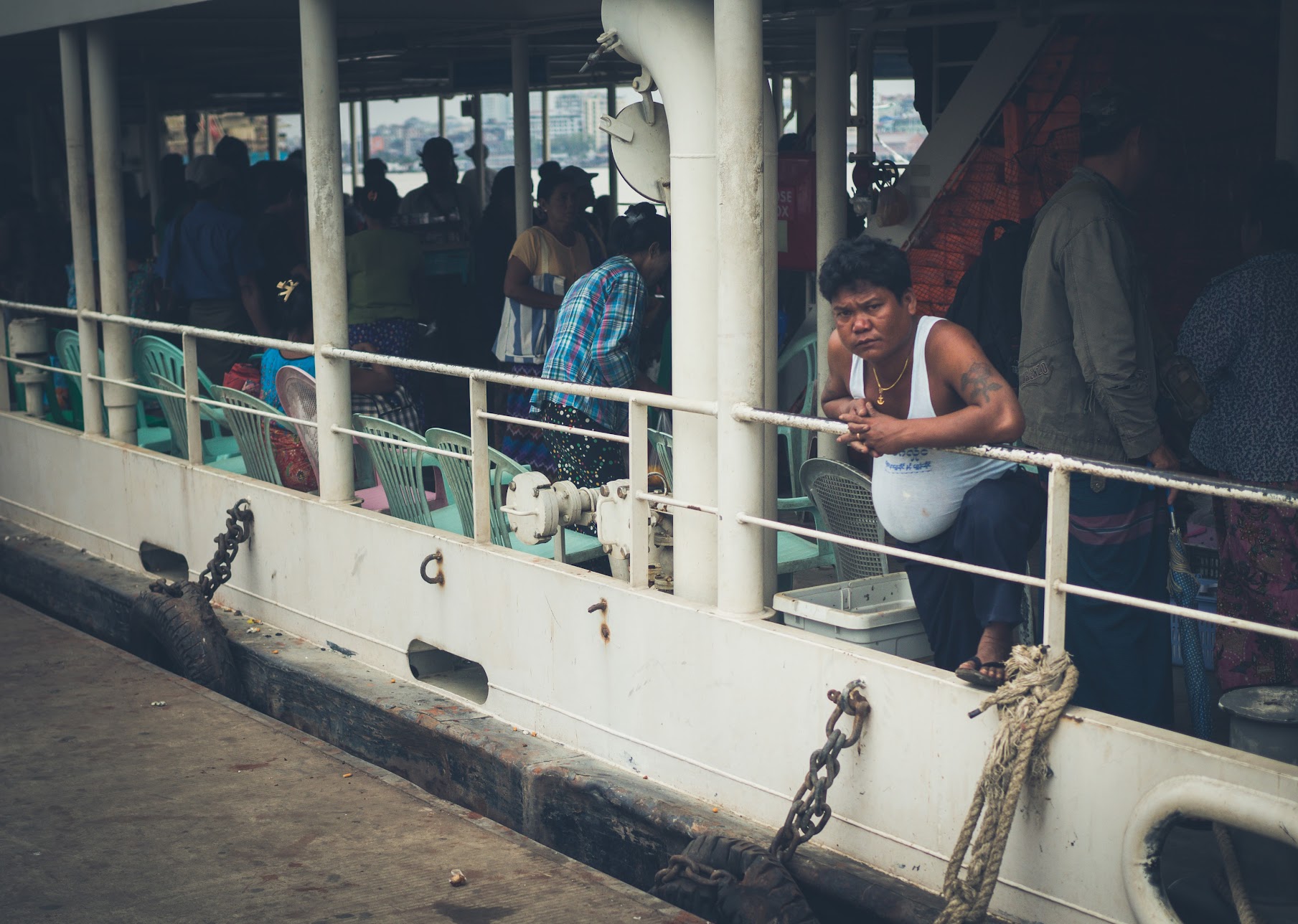 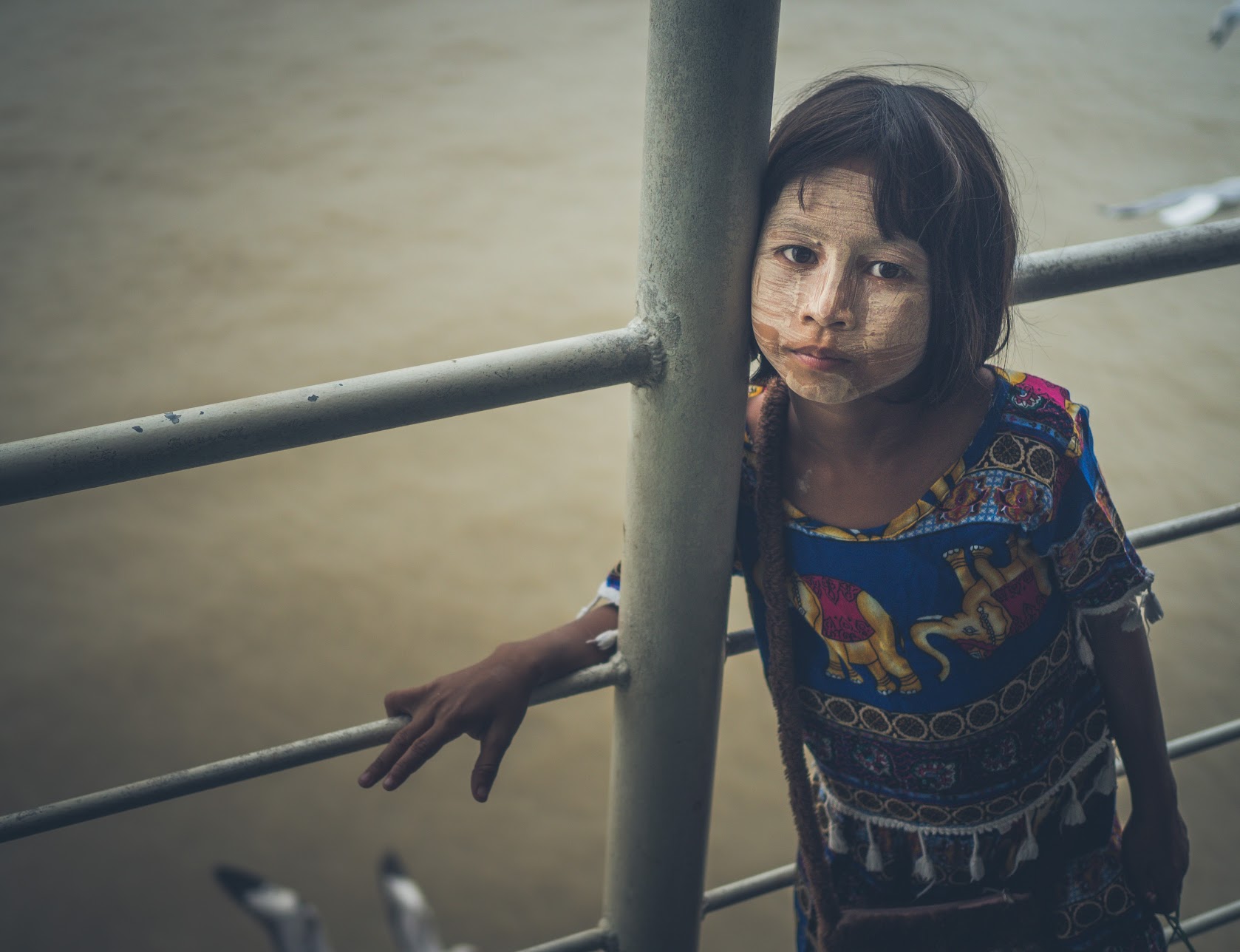 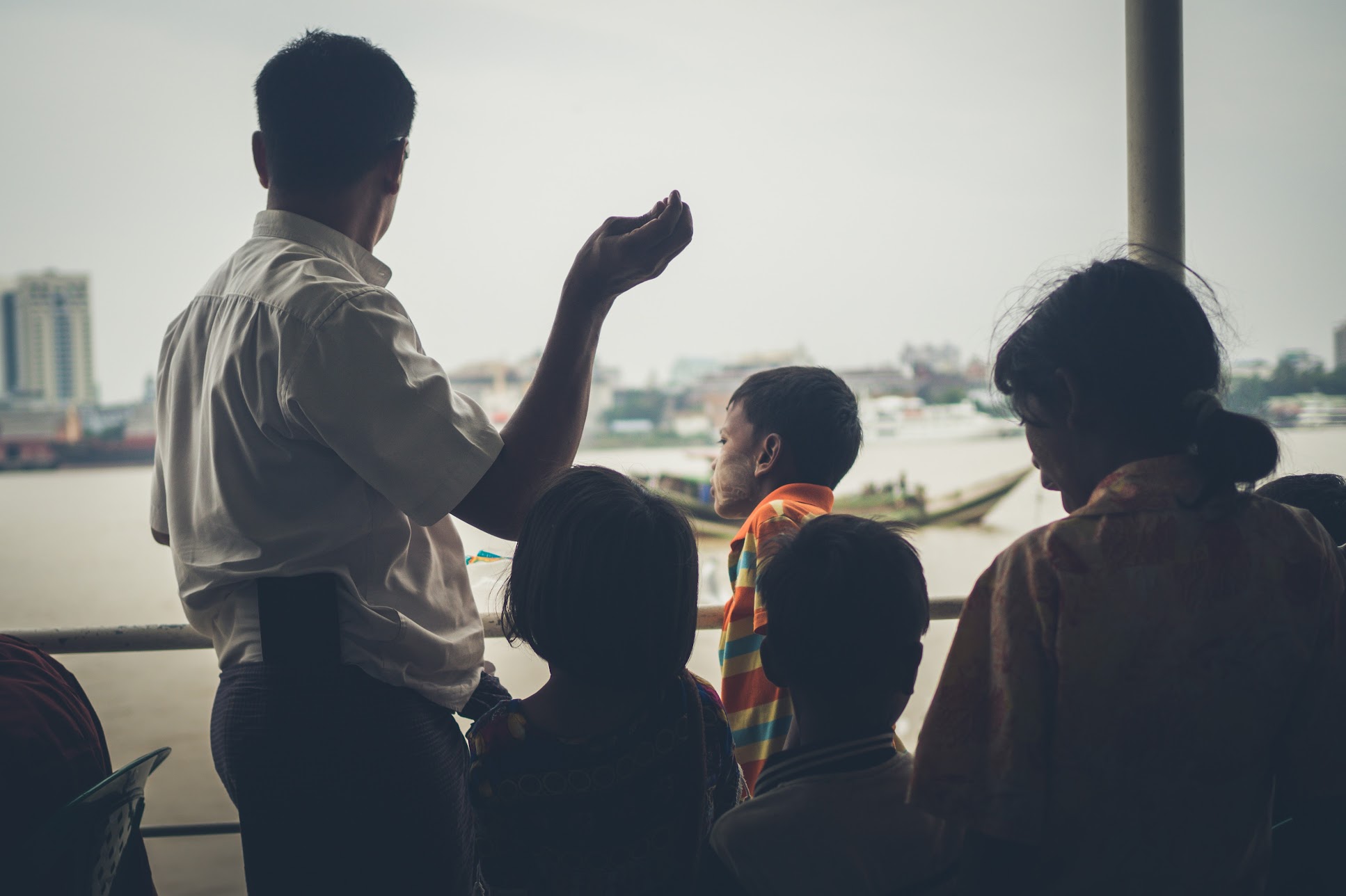 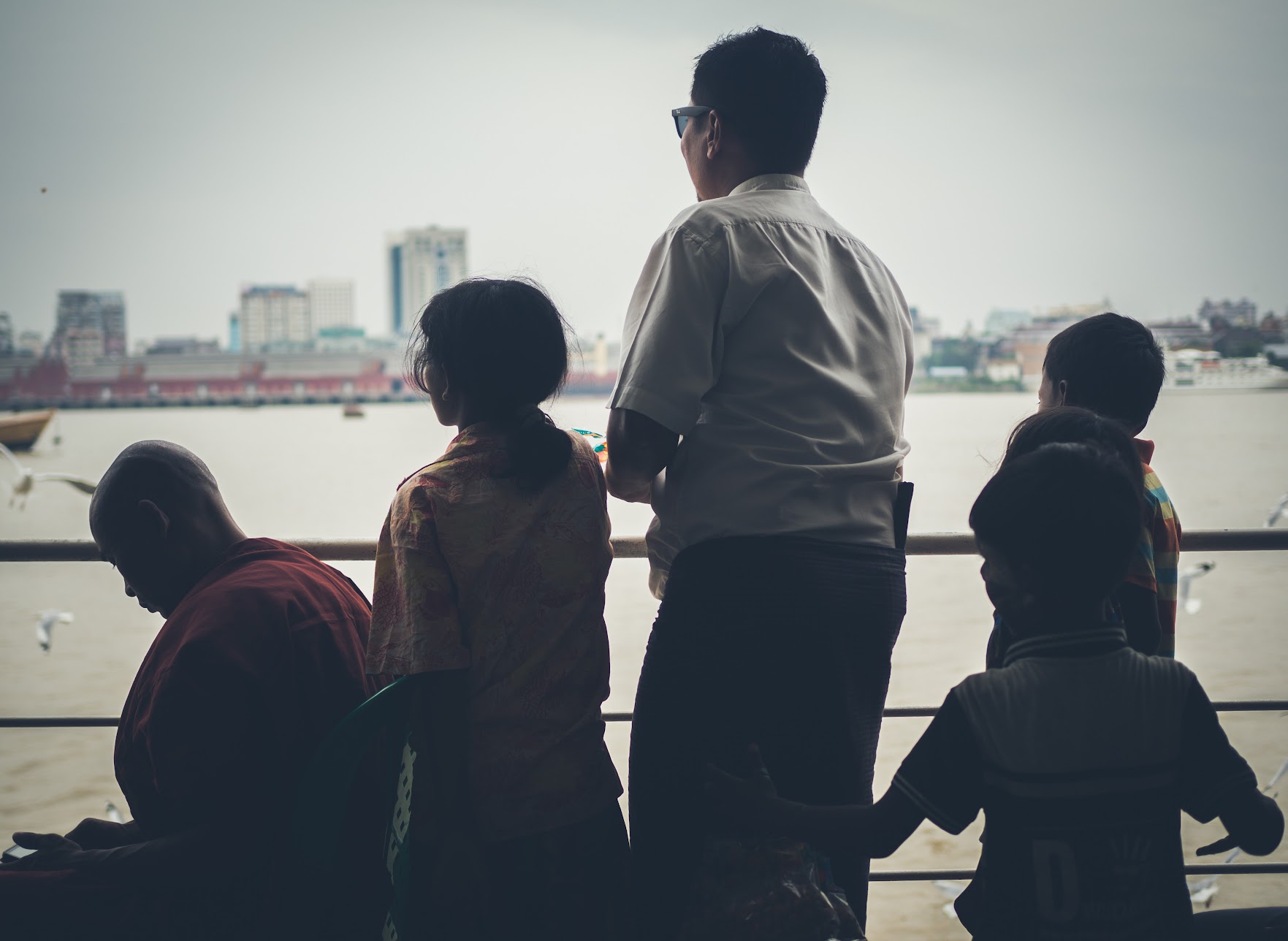 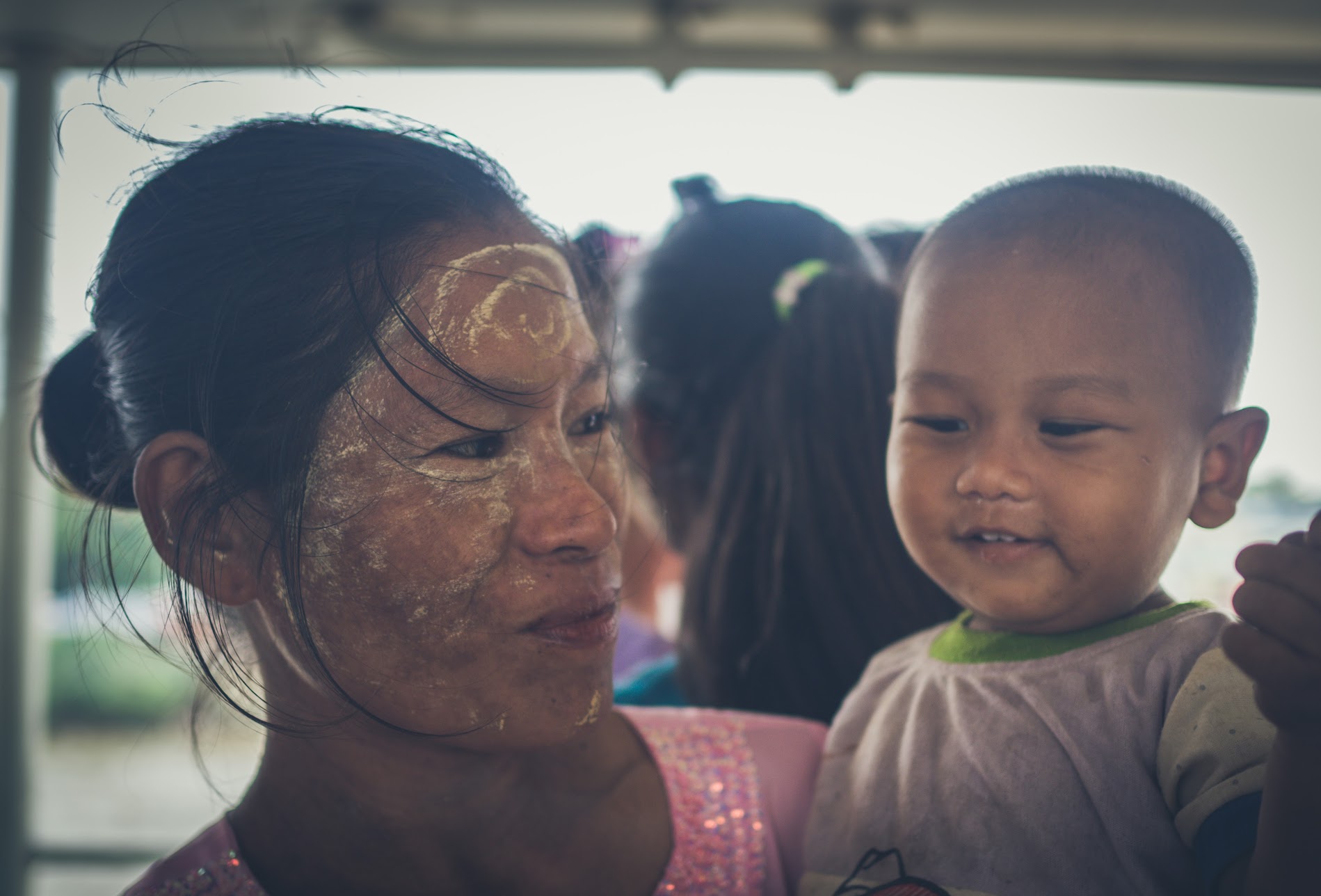 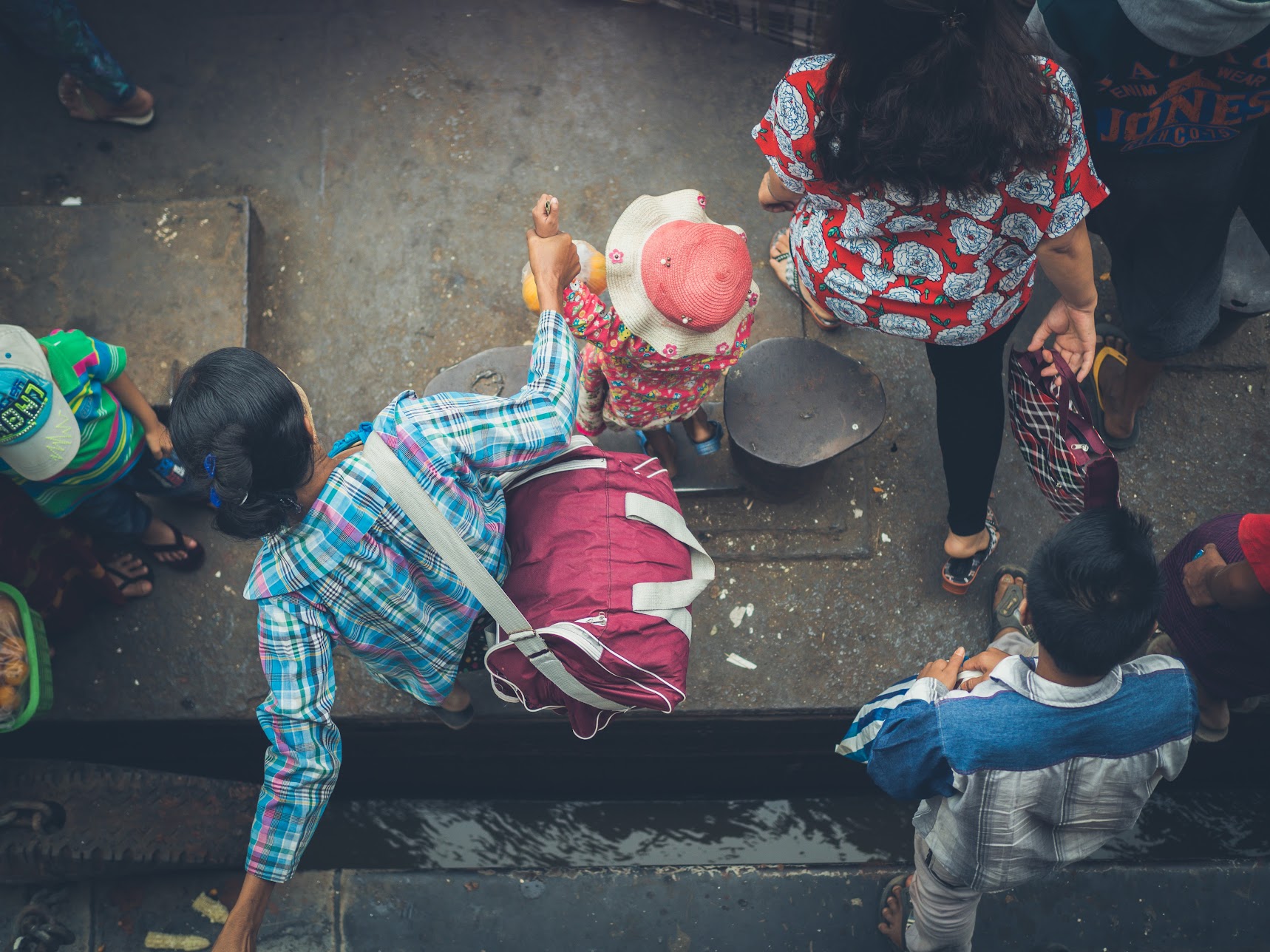 A Twinge of Regret

There’s a slight twinge of regret when I think back on this morning. If I’m being honest, we were most definitely spooked by the prospect of getting scammed in a strange place. Nobody likes the feeling of being ripped off, but we took that a little too far that morning, and, as a result, probably missed out on some of the more interesting aspects of Dala living. At the same time, Dala was never a priority for us, so perhaps we were okay with getting a lesser experience in exchange for a few hours away from the hustle and bustle of urban Yangon. In any case, as an affirmed city boy, I was glad to be back on the north bank of the river, humming to the discordant tune of car horns and breathing in the acrid sting of exhaust and betel nuts. 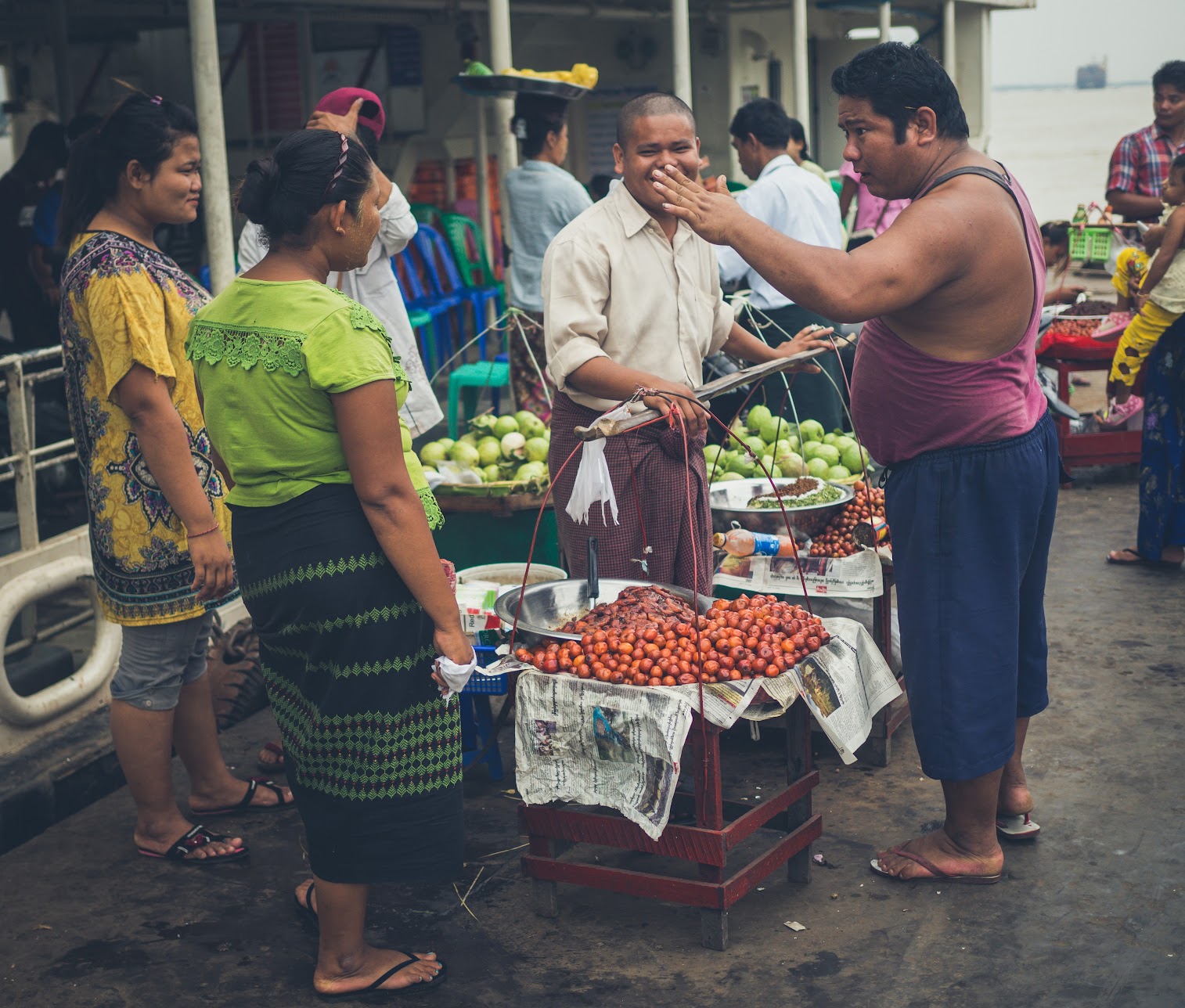