Shwedagon Pagoda occupies a central space in both Yangon and the religiopolitical landscape of Myanmar. There is, perhaps, no greater symbol and gathering place for Myanmar’s spiritual and political aspirations, and, in the 20th century alone, it served as the backdrop for at least six major demonstrations and protests – including the 8888 Uprising in 1988, which propelled Aung San Suu Kyi to national and international prominence.

The origins of the golden pagoda go all the way back to the Mon peoples of Lower Burma, founders of some of the earliest civilizations in Southeast Asia. Legend states that two Mon merchants encountered the Buddha while conducting trade in northern India, nearly 2,600 years ago. They offered him honey cakes to eat, and, as a gift, the Buddha gave them eight hairs from his head. According to Buddhist thought, there were several earlier Buddhas that lived in previous cycles of the world, and the eight hairs were taken back to Burma, where King Okkalapa placed them with relics from three other Buddhas from the current cycle. The story goes that the ancient hill where the relics were stored and buried all those years ago would eventually become today’s Shwedagon Pagoda.

It’s hard not to be awed by the sight of it in person – it seems larger than life, beyond the bounds of your frame of reference, which I suppose is the point of monumental architecture. I  got my first glimpse of Shwedagon when I arrived in Yangon in early December, the towering golden stupa stretching high above the treeline and the fairy lights of the surrounding city. A day later, I made my way on foot back towards the pagoda, starting from Sule Pagoda in downtown Yangon – about a 30-minute walk – but I was rebuffed at the entrance for wearing shorts. I started my internship soon afterwards, and it wasn’t until nearly a week later that I had a spare afternoon to make a return visit. This time around, I went with my fellow interns – Elsie and Yang, from my day trip to Dala, as well as Jane and Ted. 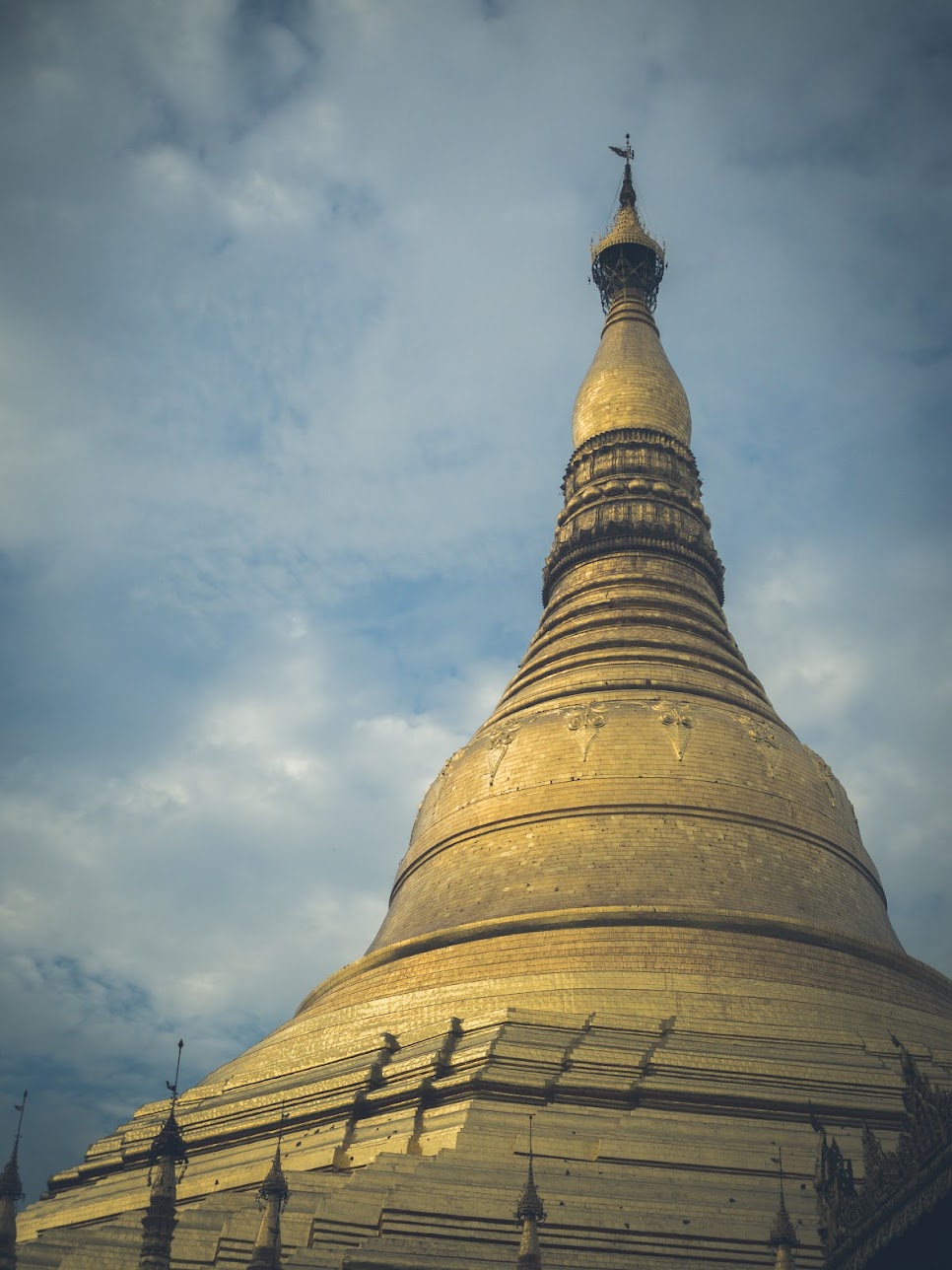 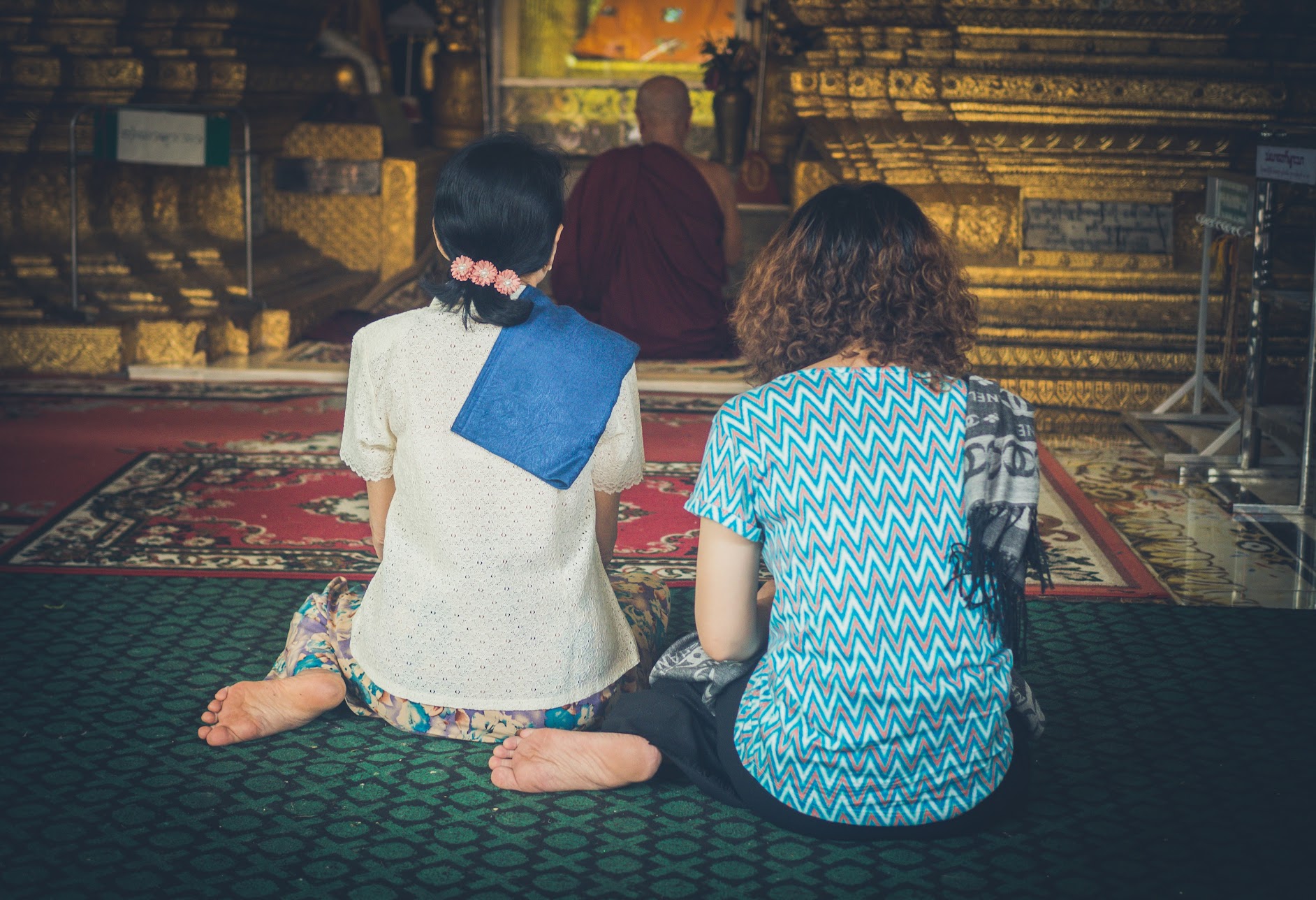 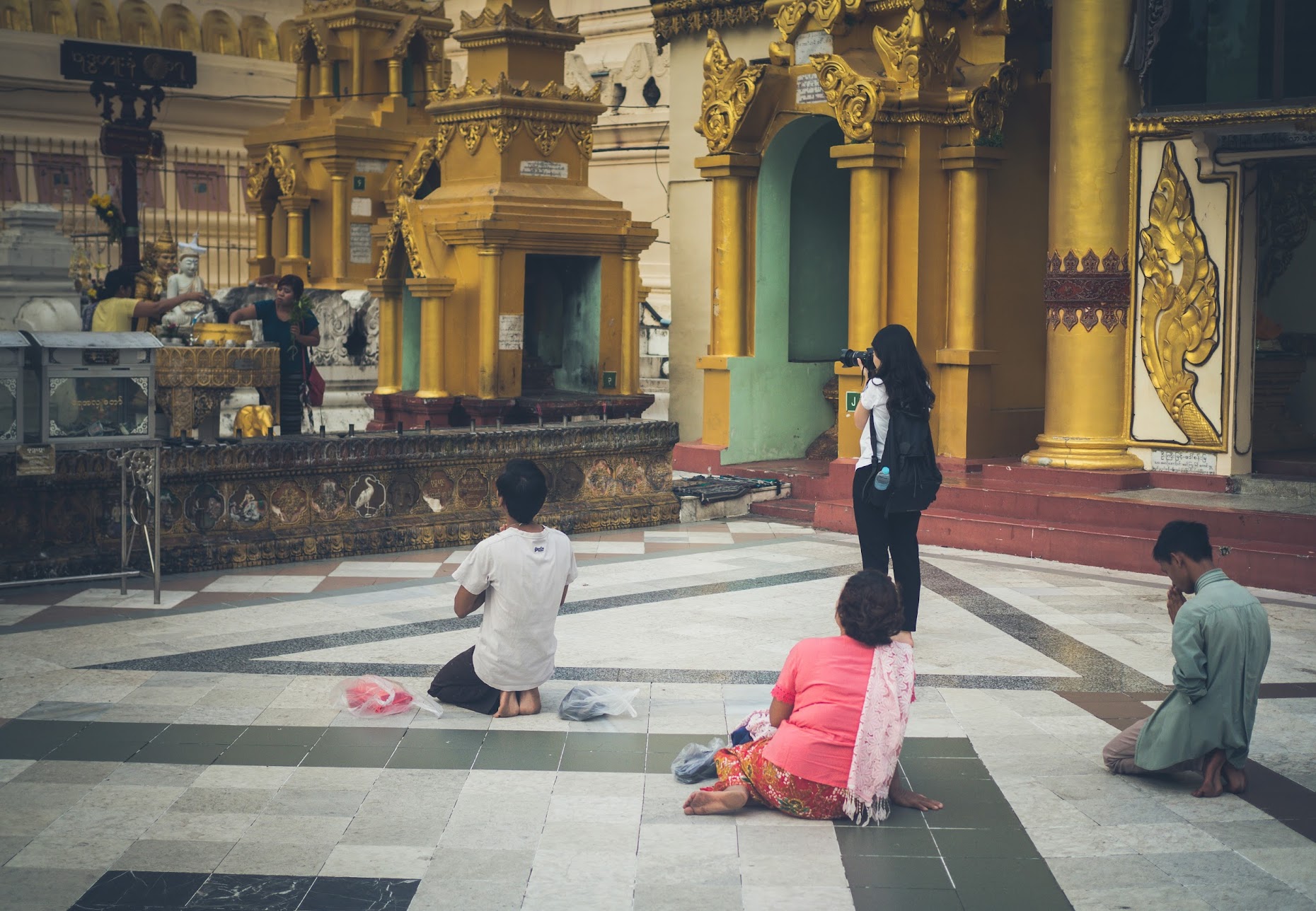 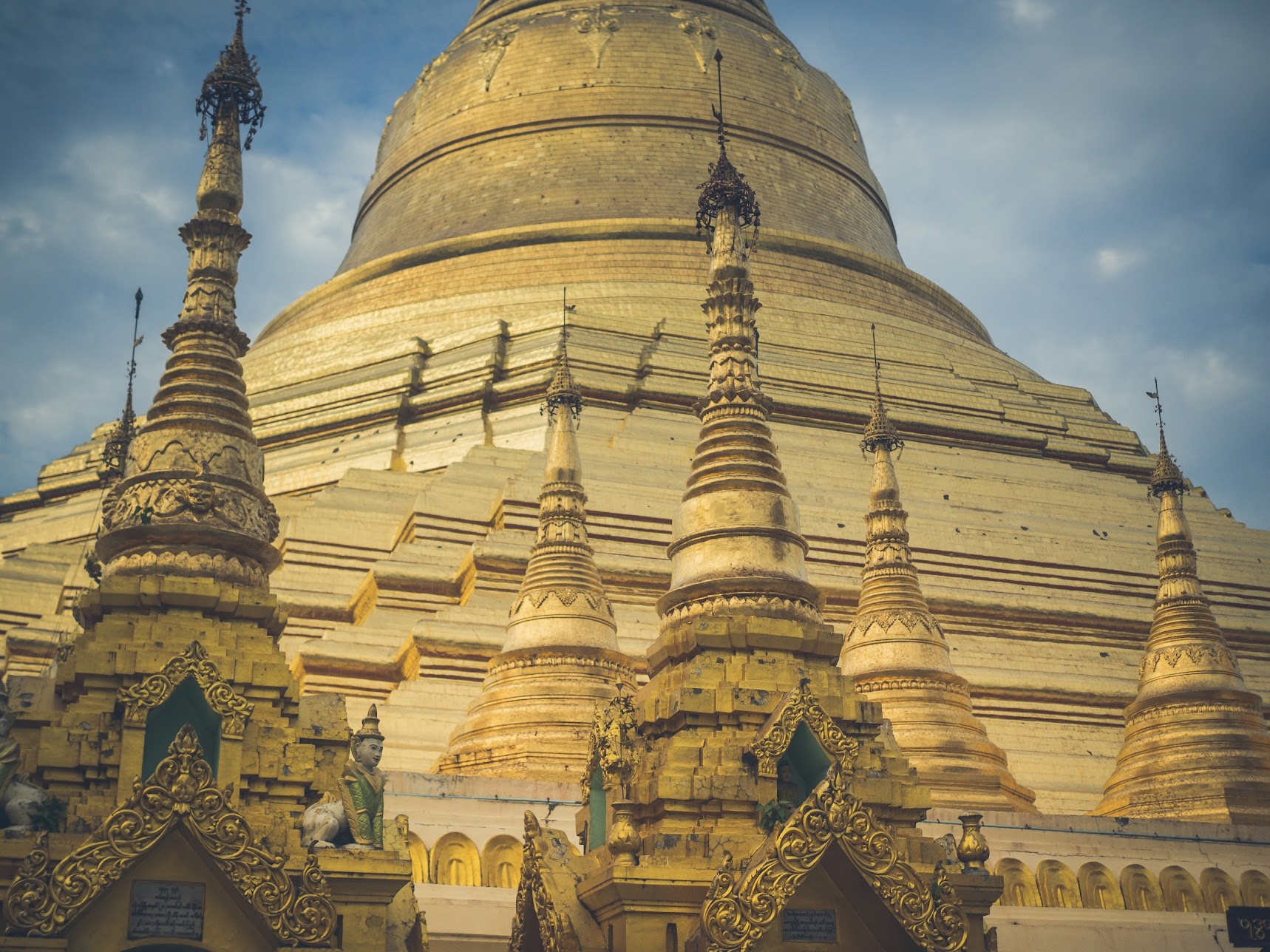 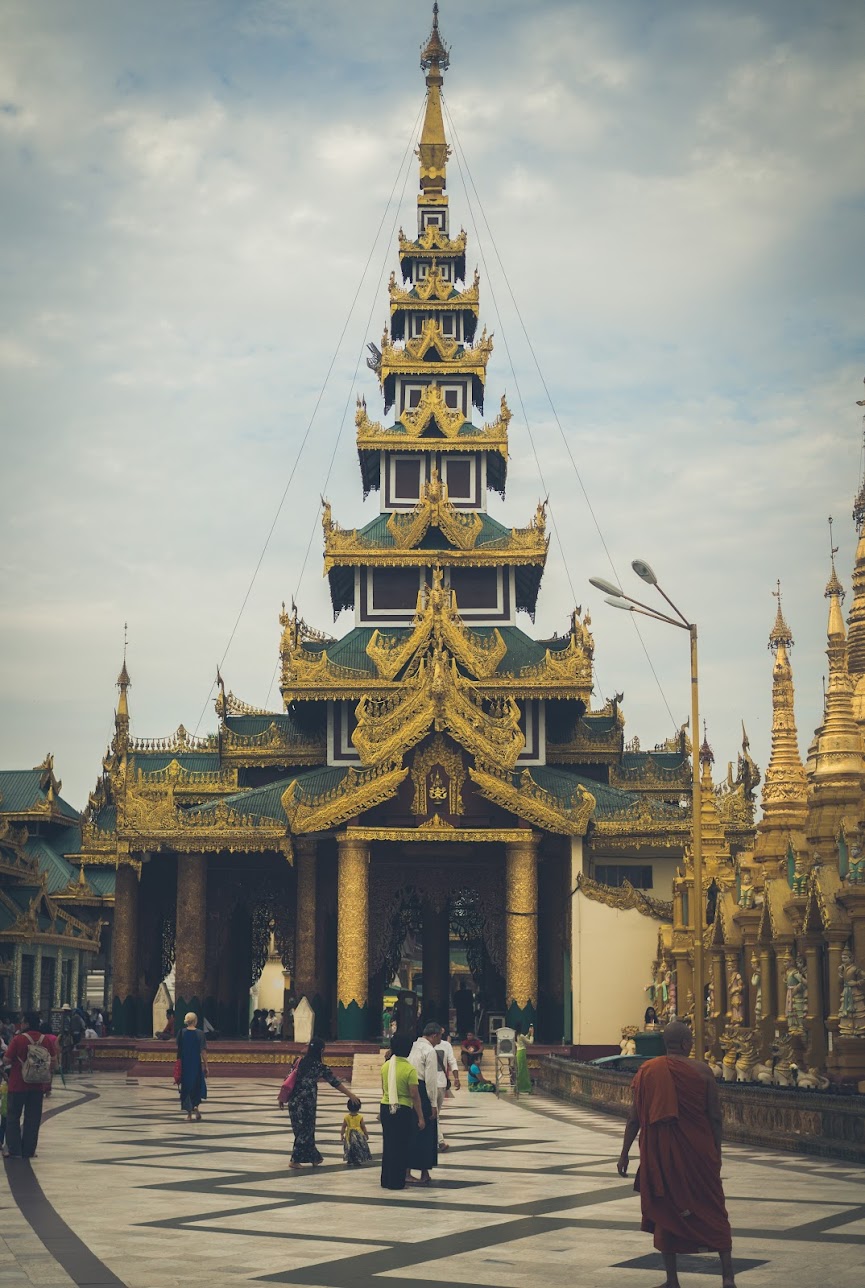 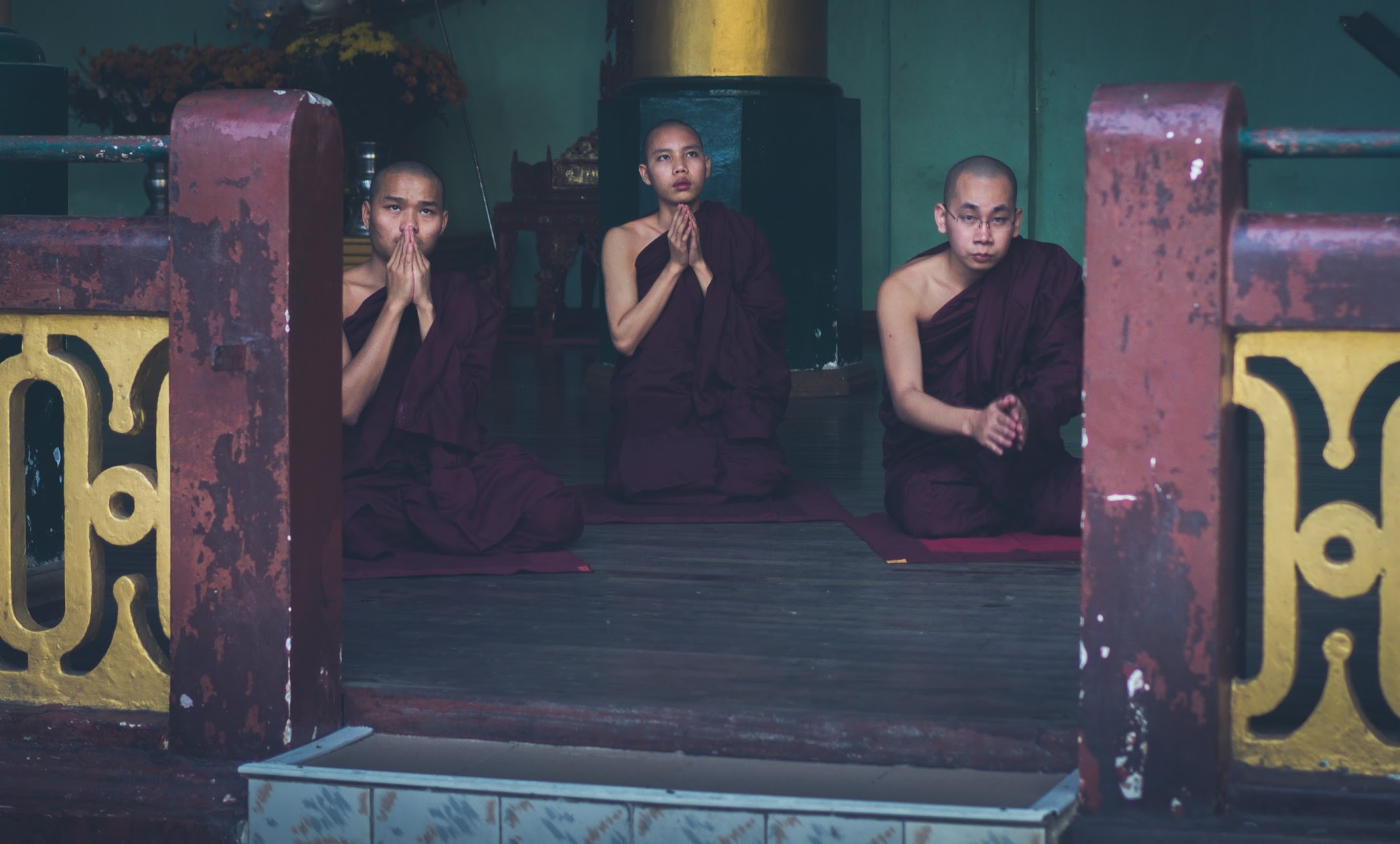 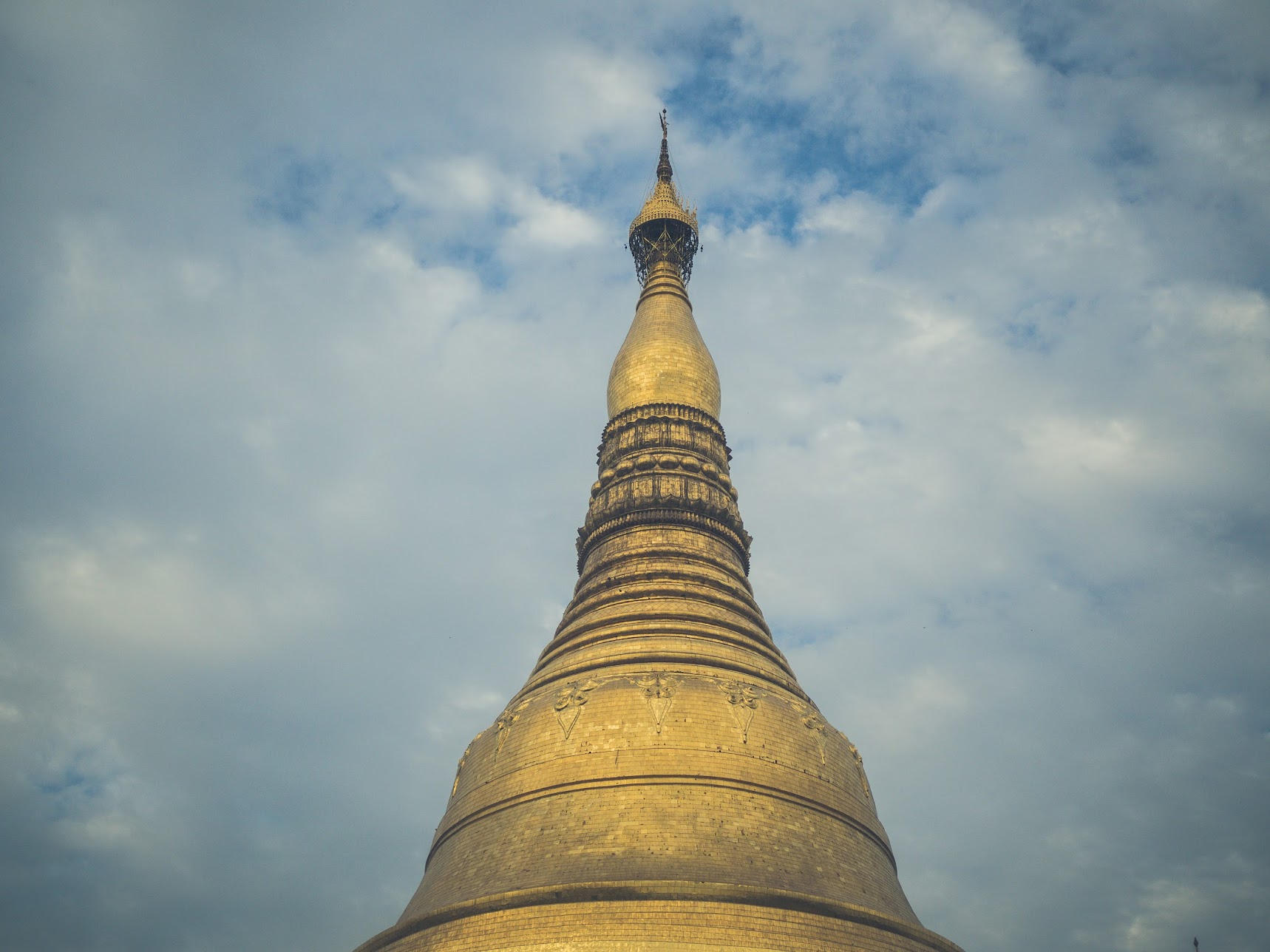 We approached Shwedagon Pagoda from the south, along Shwedagon Pagoda Road. As our taxi inched its way through the late afternoon traffic, the Kandawmin Garden Mausolea complex passed by on our left – the final resting places of Khin Kyi, Aung San Suu Kyi’s mother, U Thant, former UN Secretary-General, Thakin Kodaw Hmaing, celebrated Burmese nationalist and writer, and Supayalat, queen consort of the last king of Burma. Dominating the right side of the road was the Maha Wizaya Pagoda, built in 1980 by Ne Win, who seized power in the coup of 1962. Impressive as these monuments were, however, we had eyes only for the towering golden stupa in front of us, the southern entrance flanked by two massive golden lions.

After slipping off our sandals and leaving them with a group of young women just inside the entrance, we began walking up the gentle slope of the covered promenade. Small shops selling statuettes, paintings, and flowers lined the quiet walkway, and the locals around us moved from store to store, greeting old friends and shopping for gifts. A security checkpoint greeted us at the foot of the final set of stairs, and, after being waved through by a droopy-eyed guard, we ascended into the religious topography of Shwedagon’s city within a city.

Buddhism in Myanmar is not to be taken lightly. Foreigners can and have underestimated the extent to which the people and the government perceive and understand representations of the Buddha. There are stories of tourists being expelled from the country for having Buddhist tattoos, and at least one instance where an arrest was made over a picture of the Buddha wearing headphones. The intersection of Buddhism, politics, and identity in Myanmar mainstream society – see the more-than-symbolic role of monks and nuns in voicing dissent against the repressive military regime, and the rumoured merit-making motivation behind the government construction of Maha Wizaya Pagoda – is embedded in the very psyche of the nation. 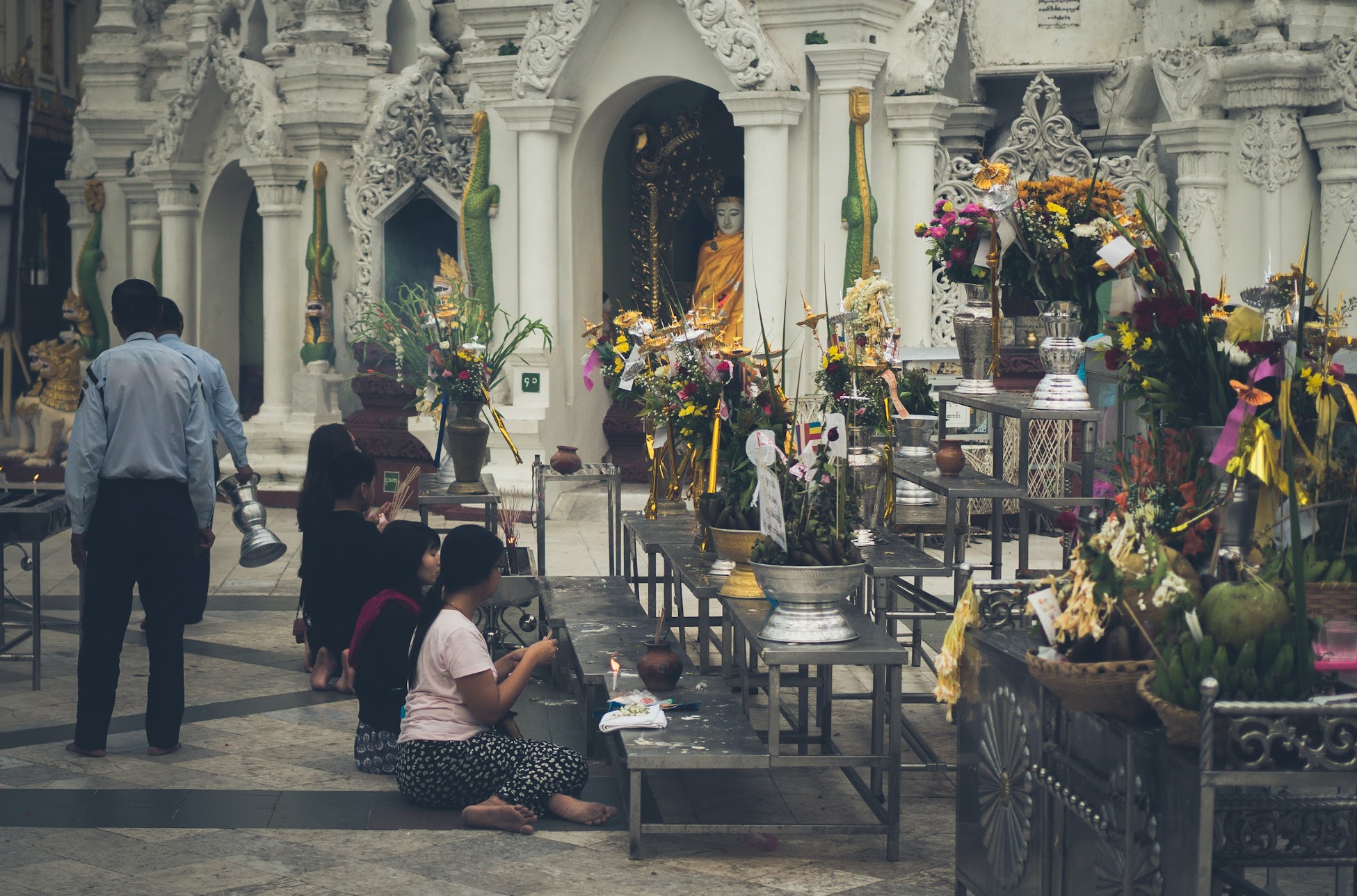 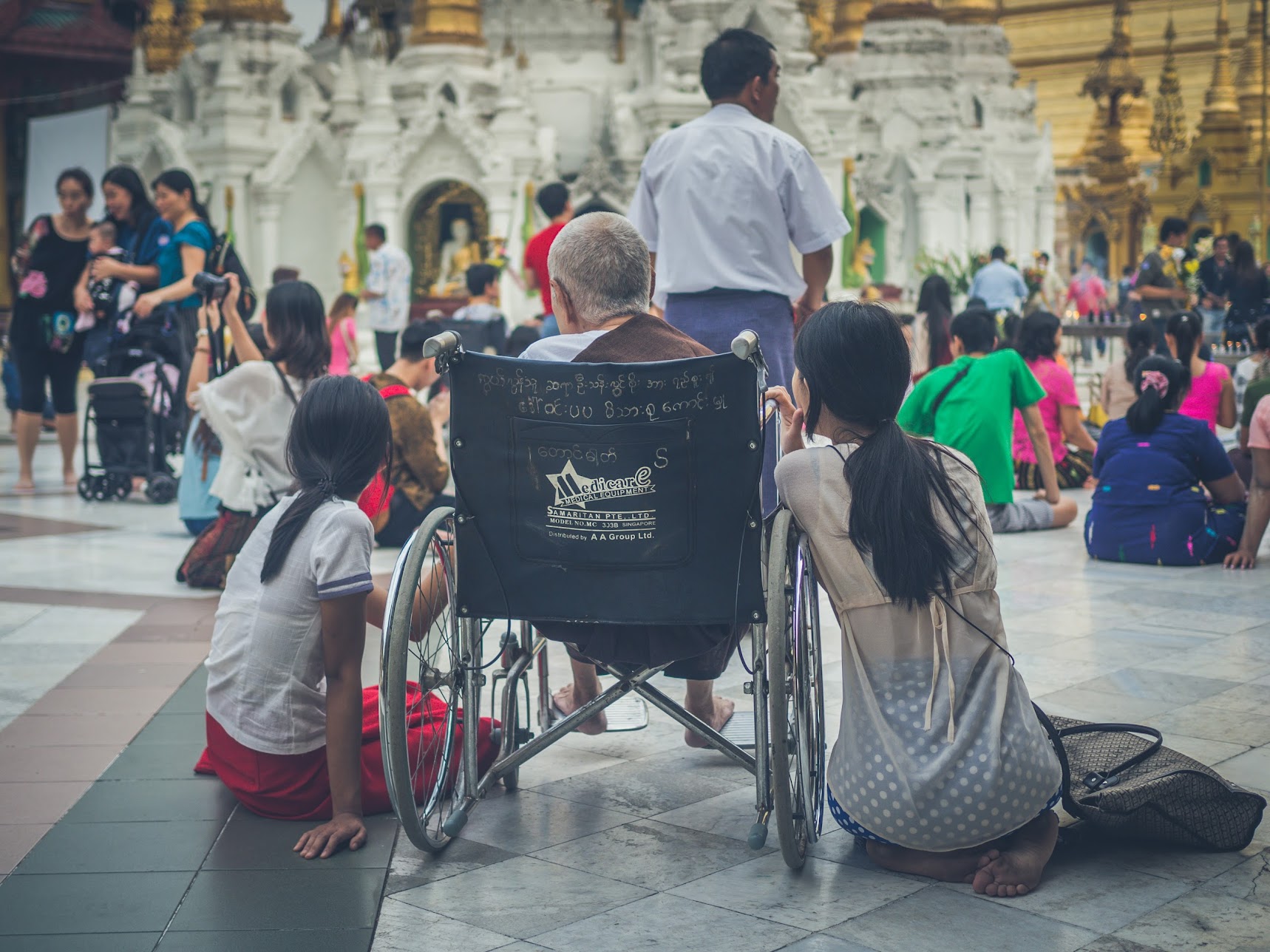 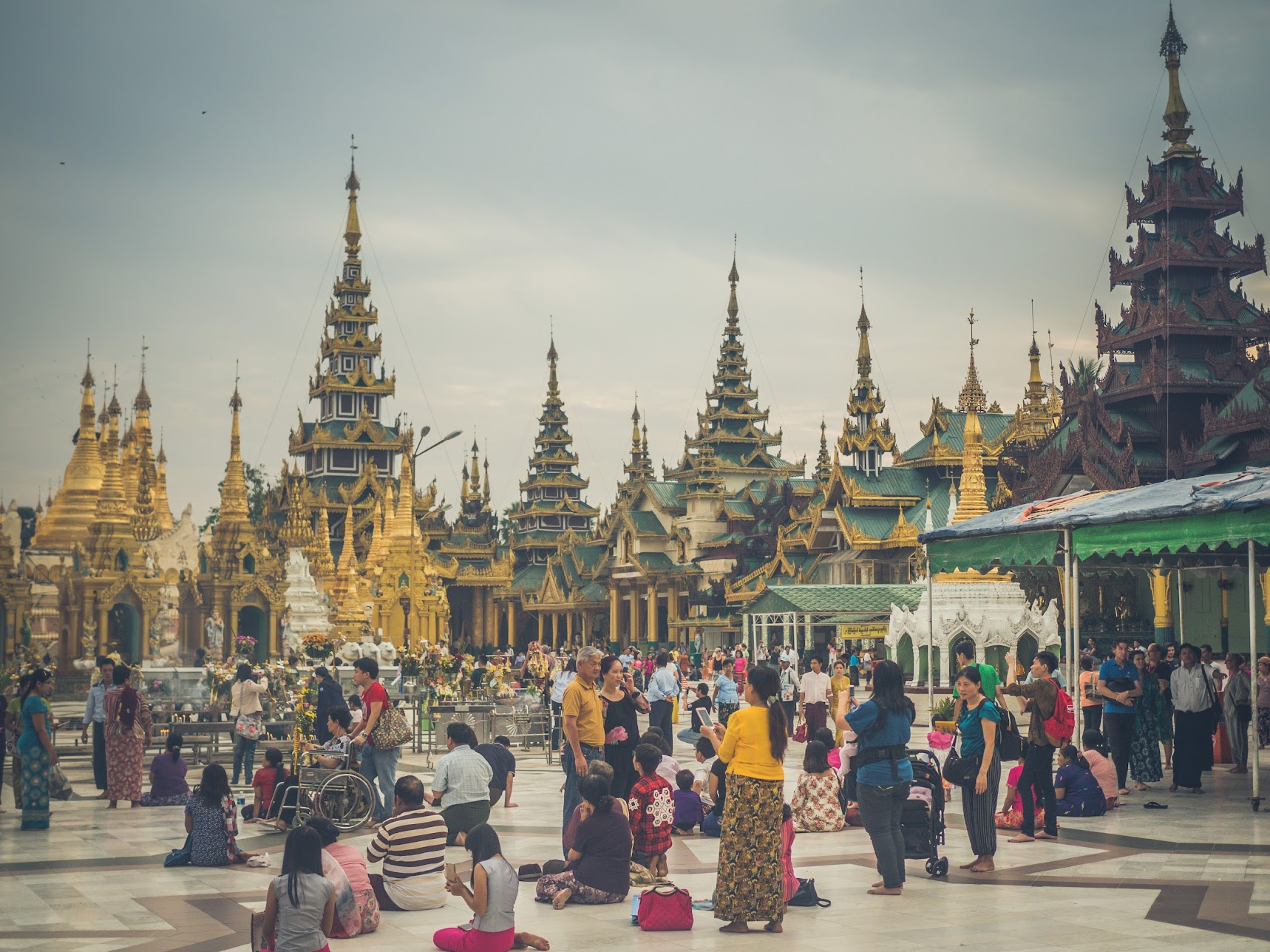 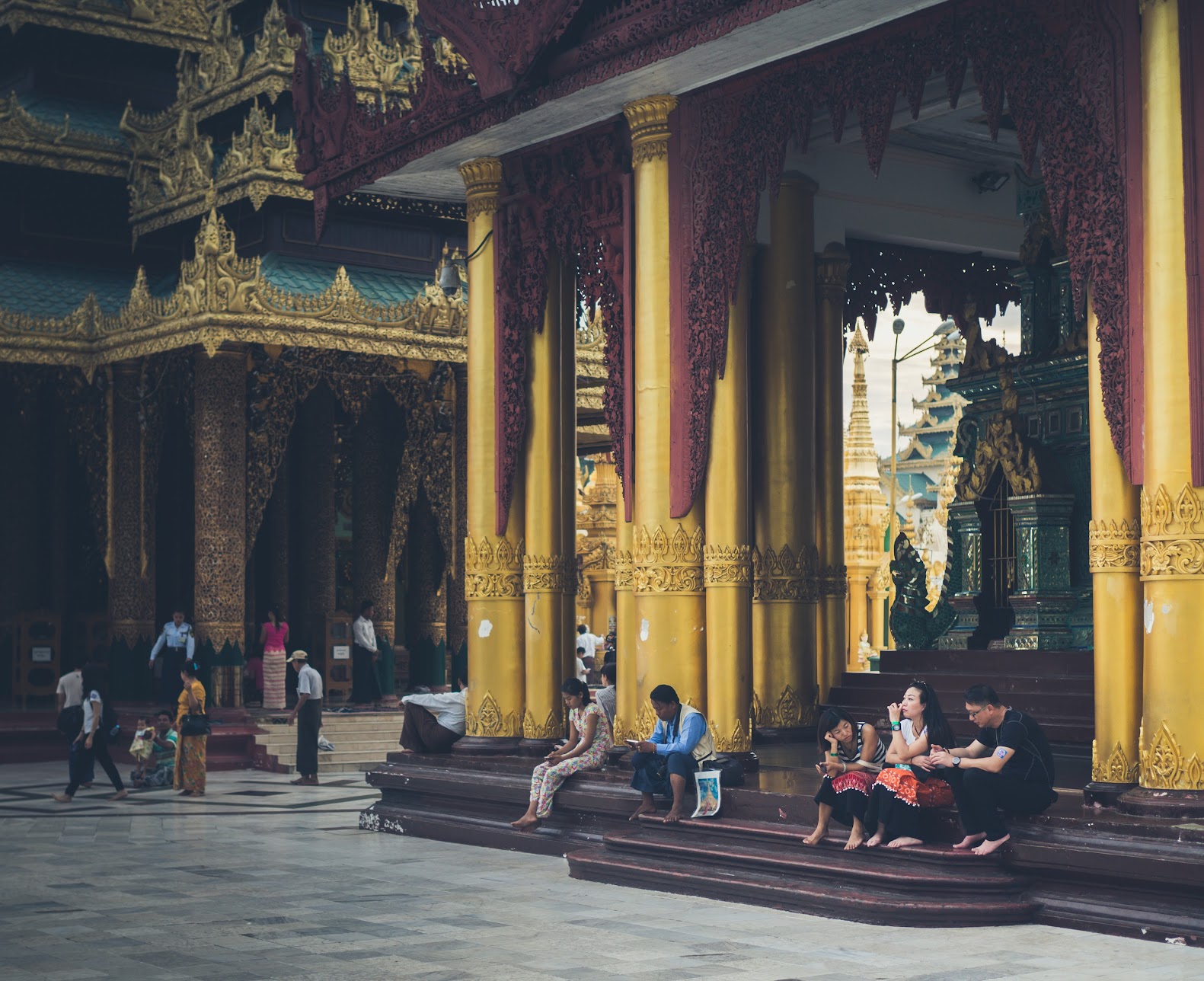 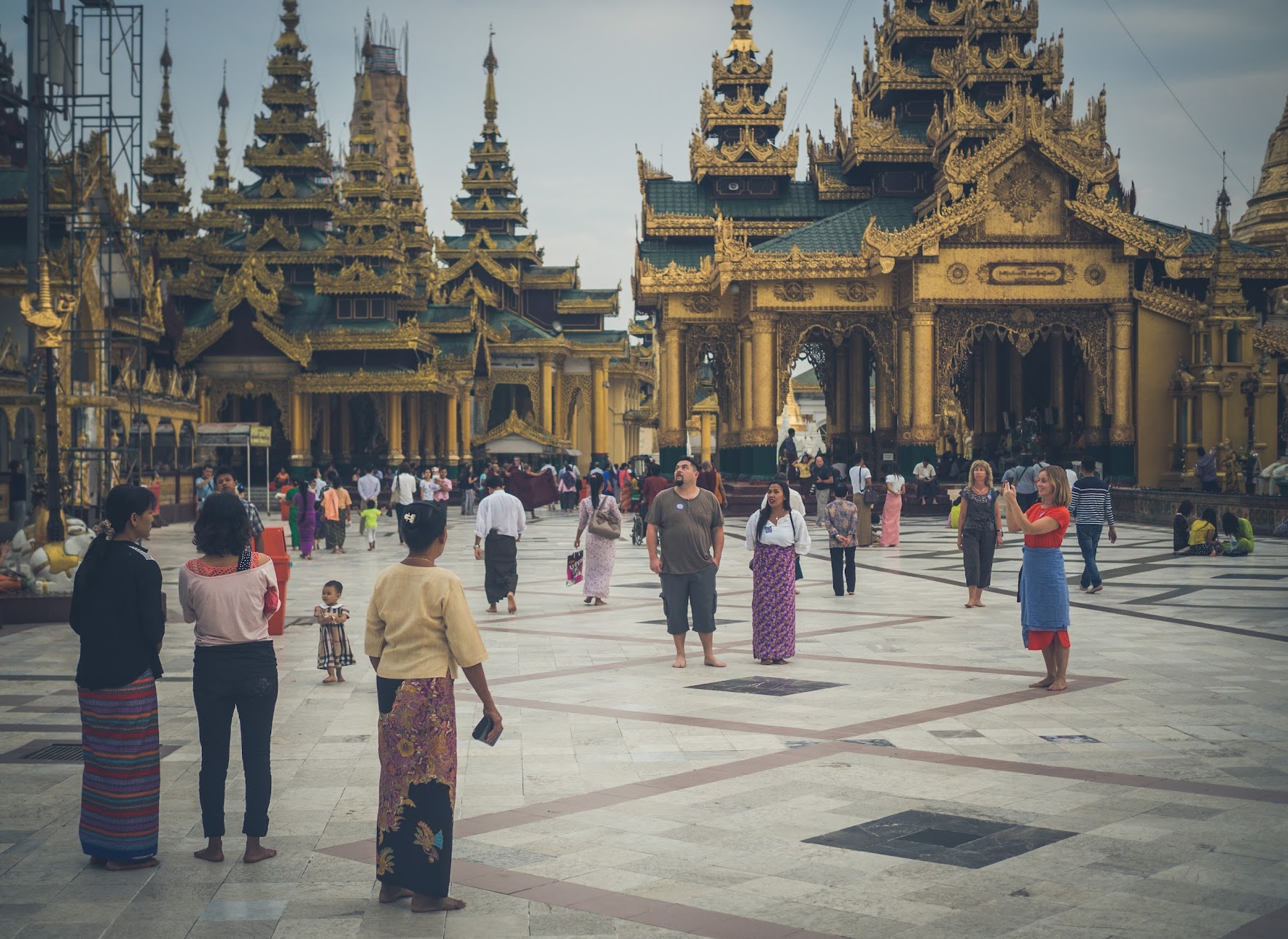 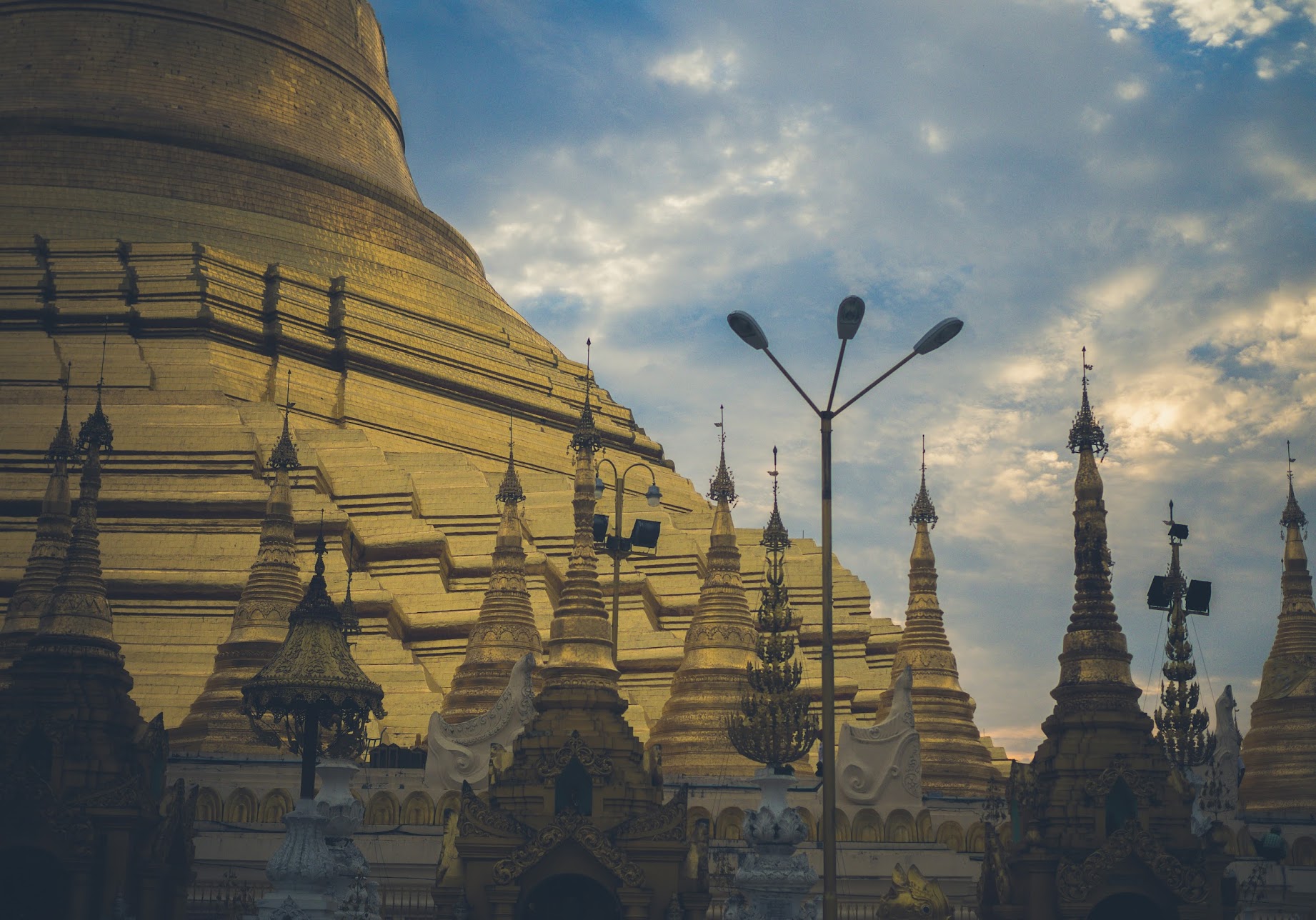 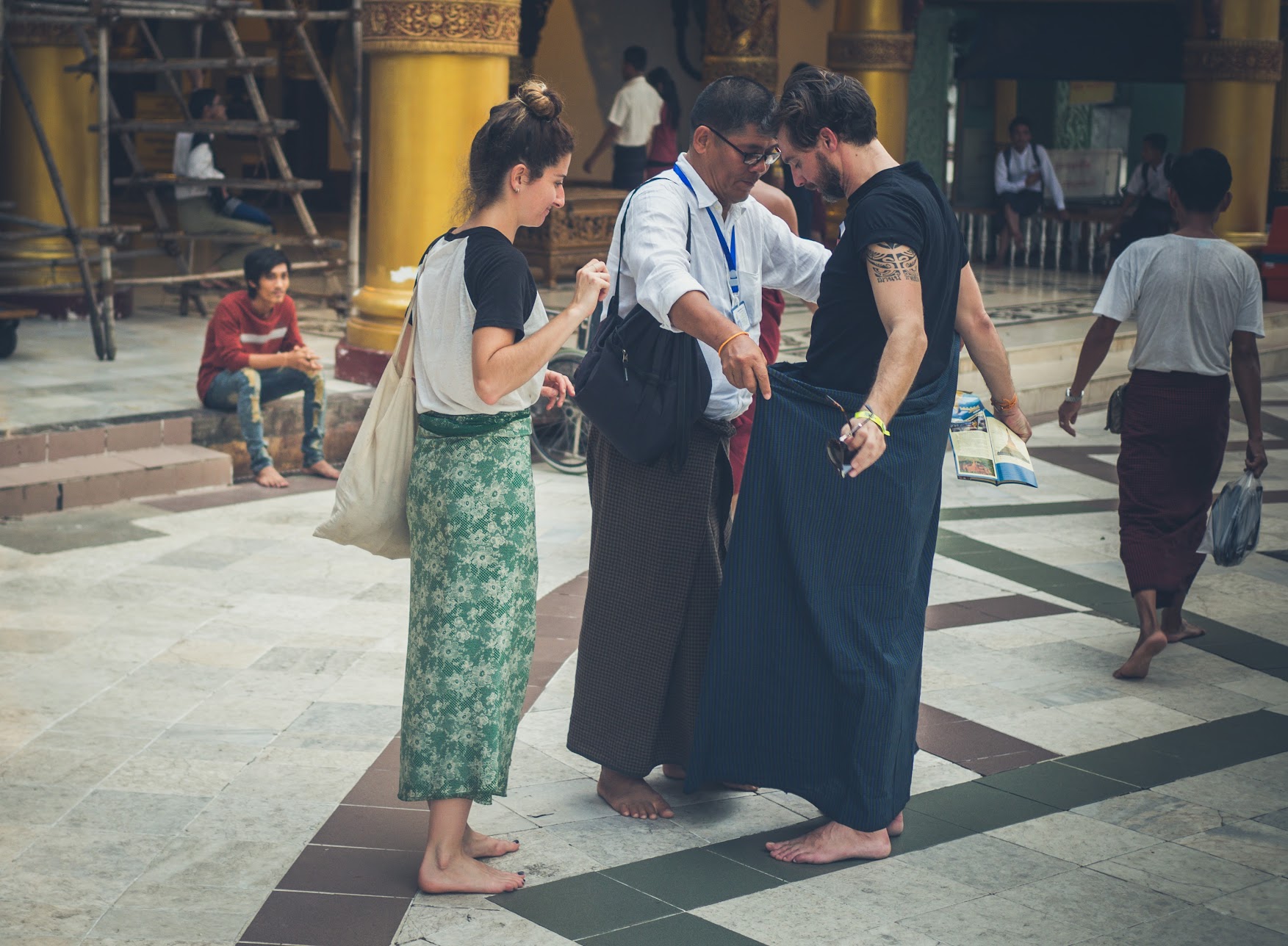 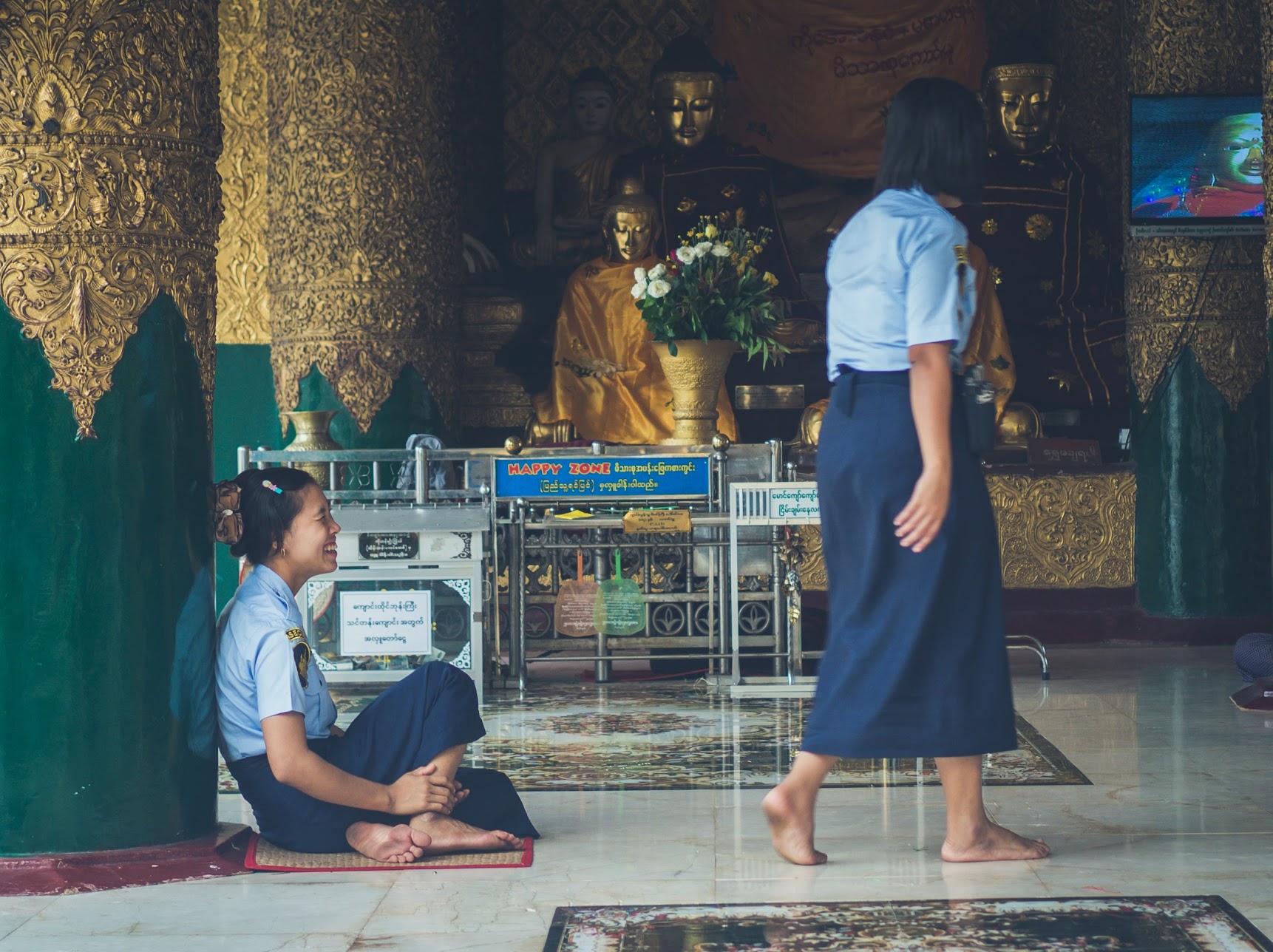 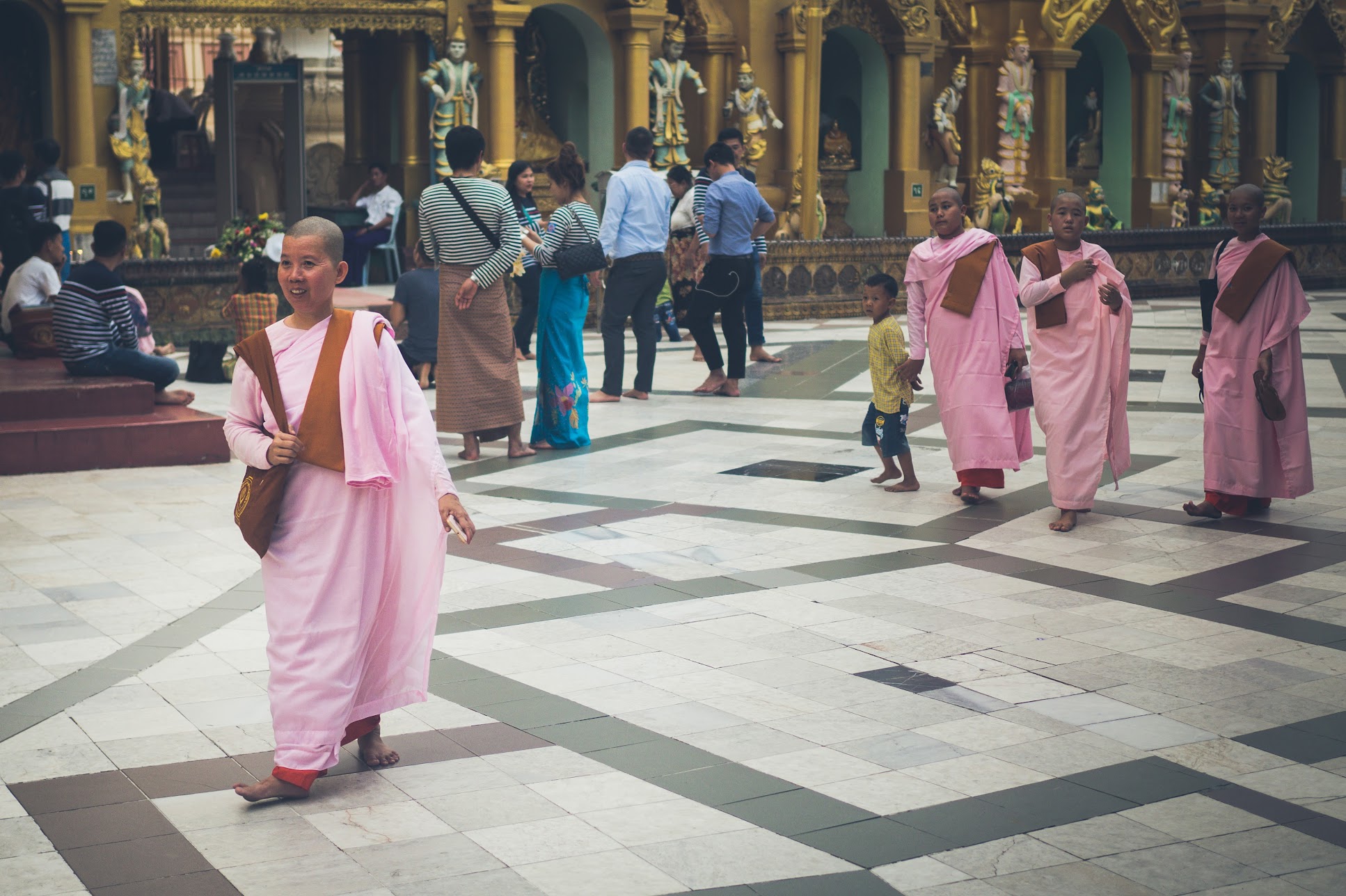 As we stepped out onto the cool white tiles of the pagoda terrace, we joined the steady current of longyi-ed devotees, making their slow perambulation around the golden spire. Smaller groups broke off here and there to meditate and pray in the dozens of shrines along the perimeter – many of them impressive in their own right – while others reverently laid hands on icons and statues, each with a different cosmological significance. Where the terrace allowed, the crowd stopped and sat together in front of a utilitarian metal shelf full of flower offerings. In the smaller alcoves and shadows, tucked neatly into hidden corners and niches, saffron-robed monks sat stock-still in their practiced devotion, while nuns and young novices moved from one wooden stoop to another.

The afternoon light had begun to fade by the time I arrived back at the south entrance. I was the first to finish the Shwedagon circuit, though, one by one, the other interns eventually wandered over to join me – all, except for Yang. We waited for her for a while, and then we went off in search of her, but she was nowhere to be found. It did force us to stay in one place, however, and we watched as the activities of the pagoda shifted into the evening phases. Offerings of light were placed along the slatted ledge on the inside ring of the pagoda, while a row of women moved as one across the terrace, holding brooms and sweeping the tiles in a solid line. A group of visitors from Sri Lanka, as much worshipers as they were tourists, sat in silence along the back wall, watching as the pagoda began to light up in all of its golden glory. Yang eventually did show up, and, after a brief discussion on where to grab dinner, we made the long walk back through the covered promenade, re-emerging into the heat of the city. 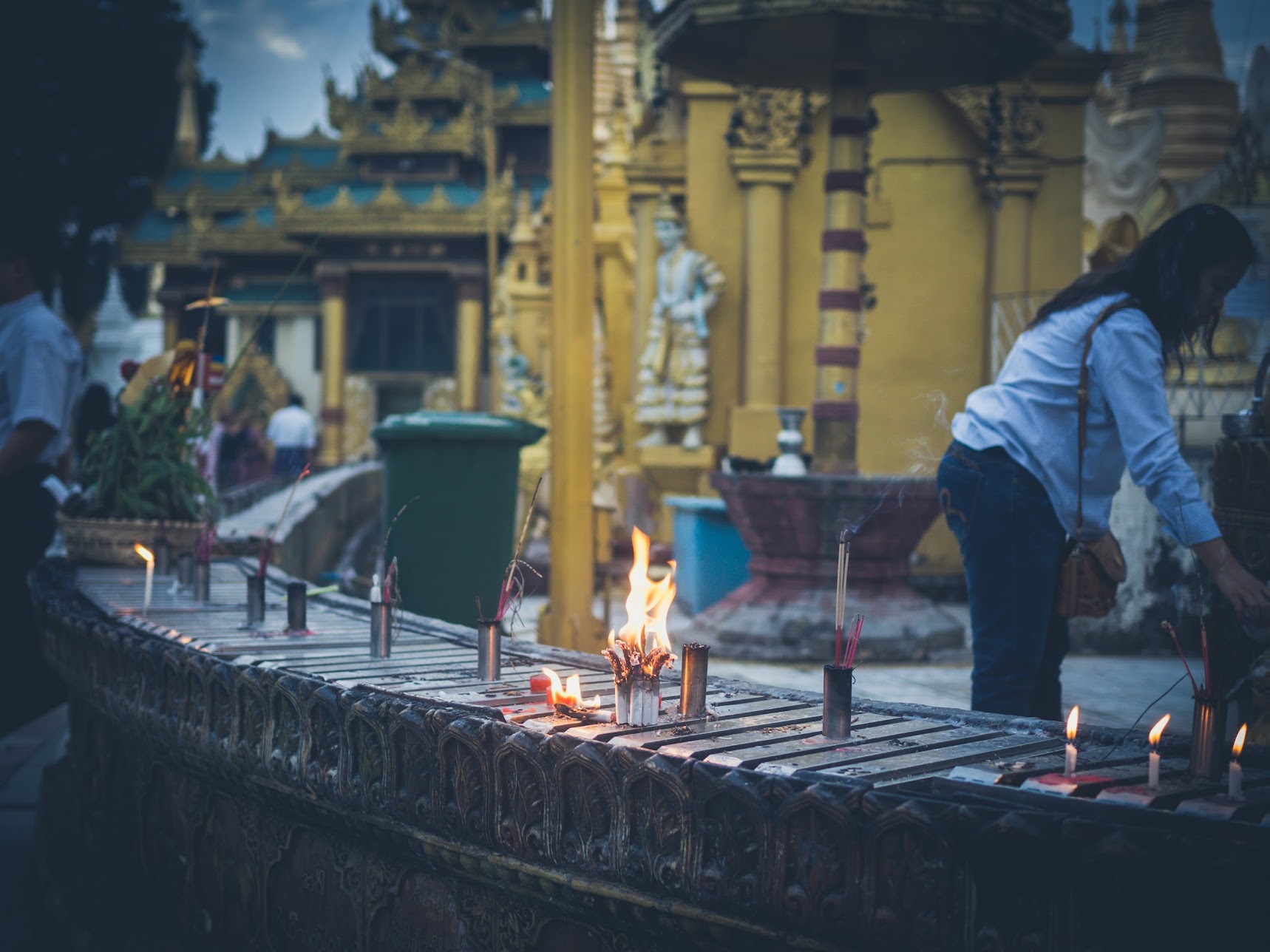 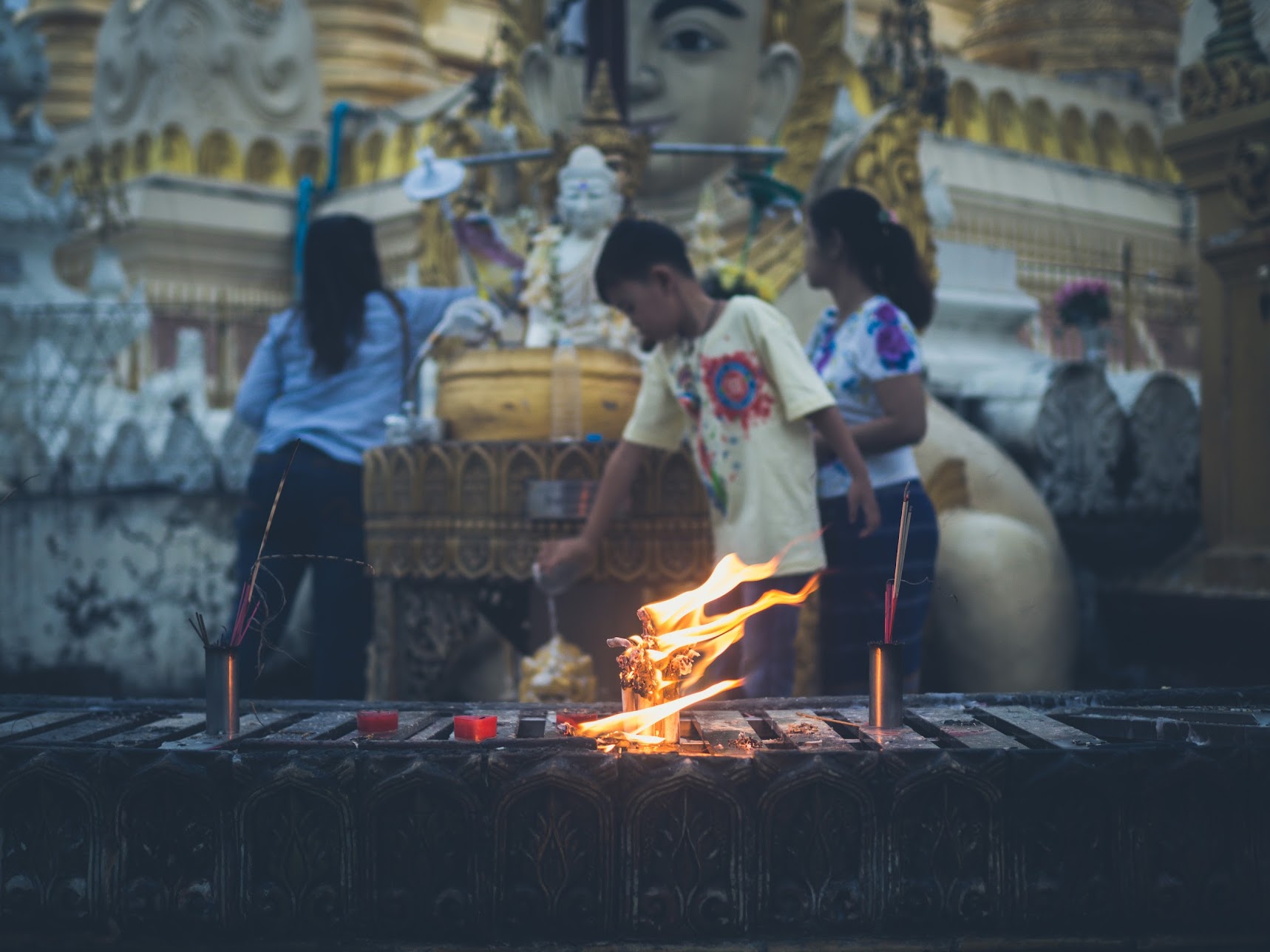 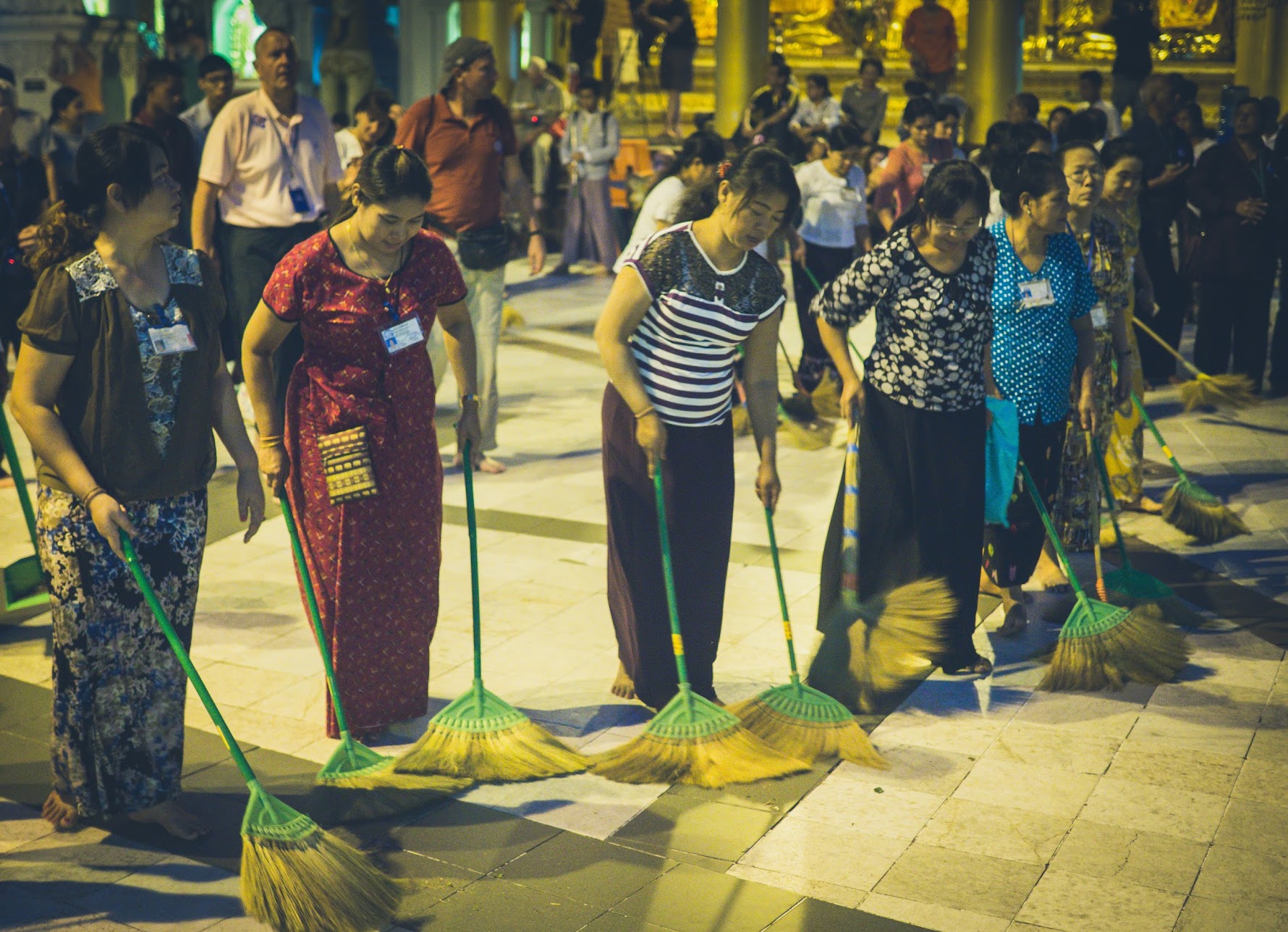 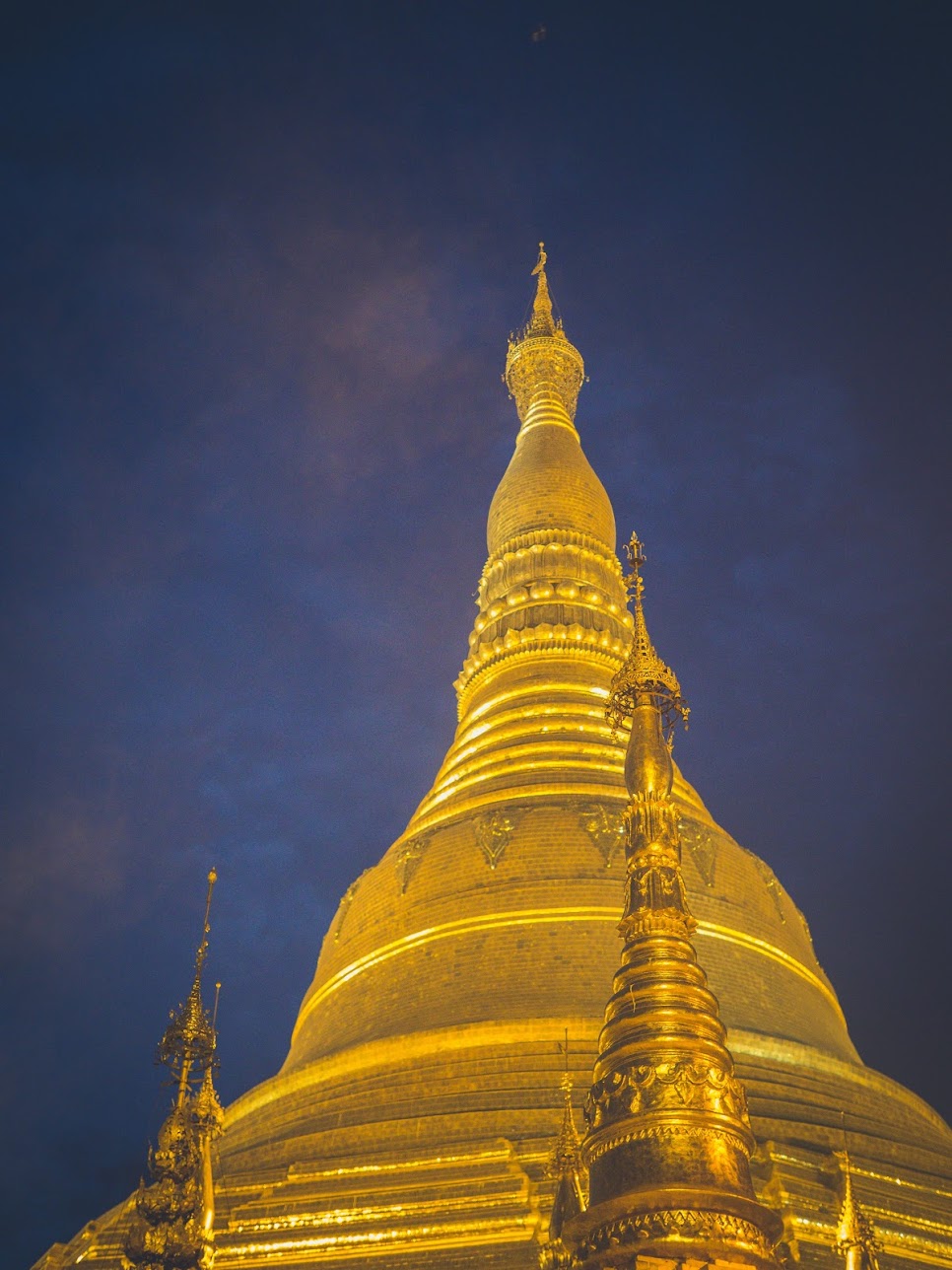 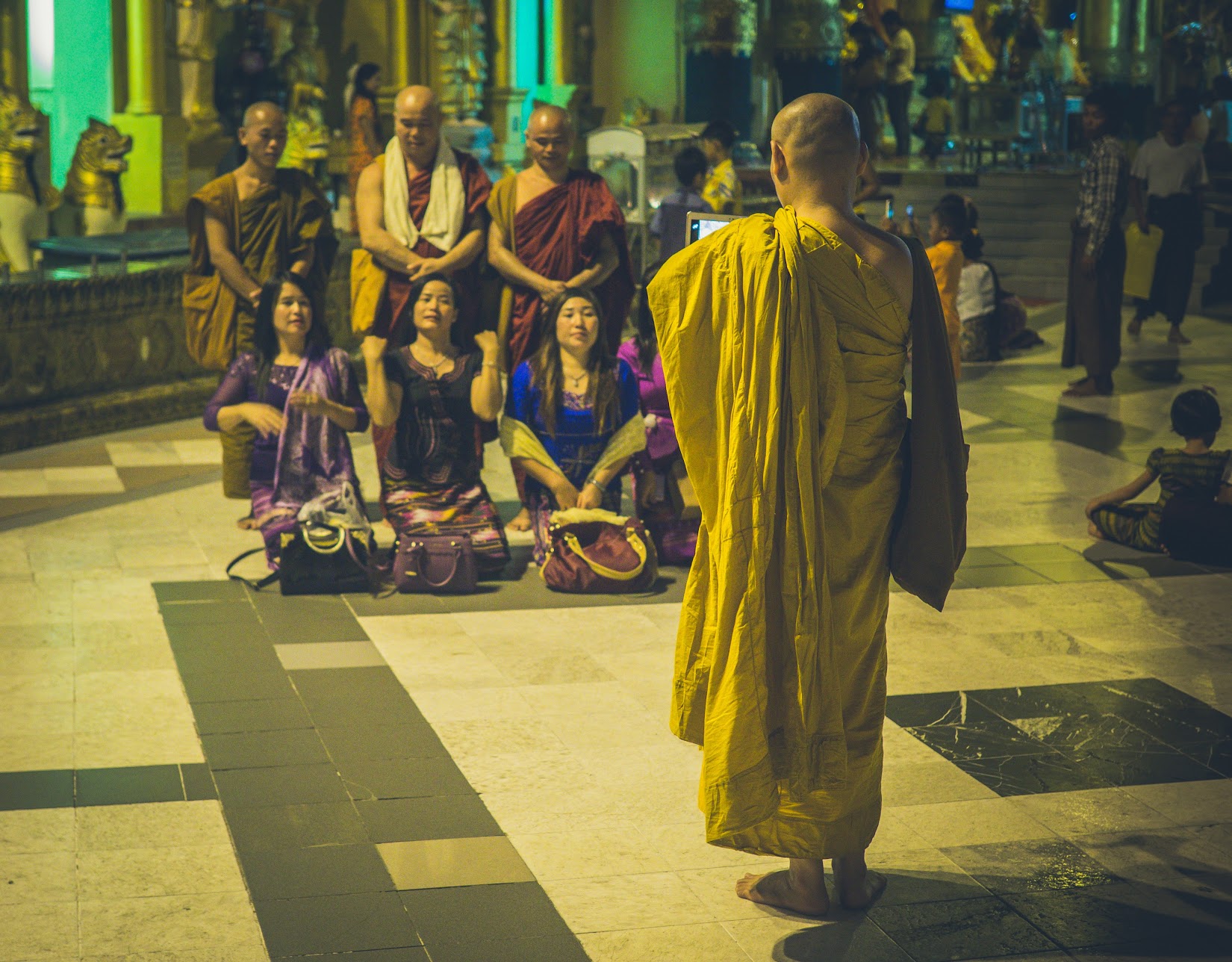 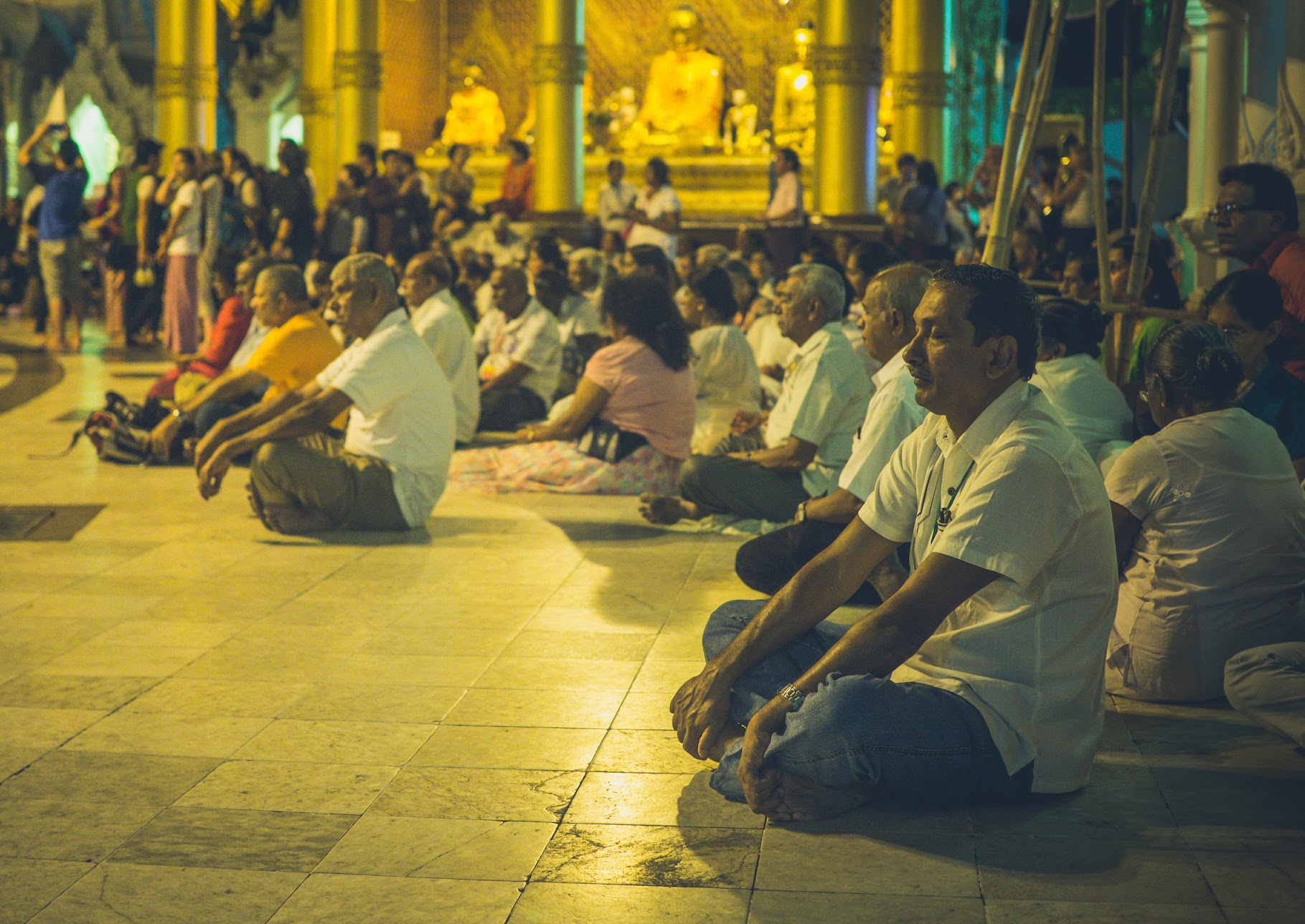 Melodies on U Wisara Road

We grabbed dinner at the House of Memories, a restaurant in a converted colonial house on U Wisara Road. Its claim to fame is its status as the former headquarters of the Burma Independence Army during World War II, the fighting force led by Aung San – the father of Aung San Suu Kyi and a national hero and martyr. His small office is preserved on the second floor, though there isn’t much to see – the sparse room is occupied by a single desk with an old typewriter. A little later on in the evening, as we ate our decent but probably overpriced dishes, a young woman sat on a stool in one corner of the downstairs dining area, singing soft piano covers of pop songs, past and present. The melodies flowed from one decade to another – old standards given new life, and recent hits sung with one foot in the past – bridging the gap between British Burma and the Myanmar of today. 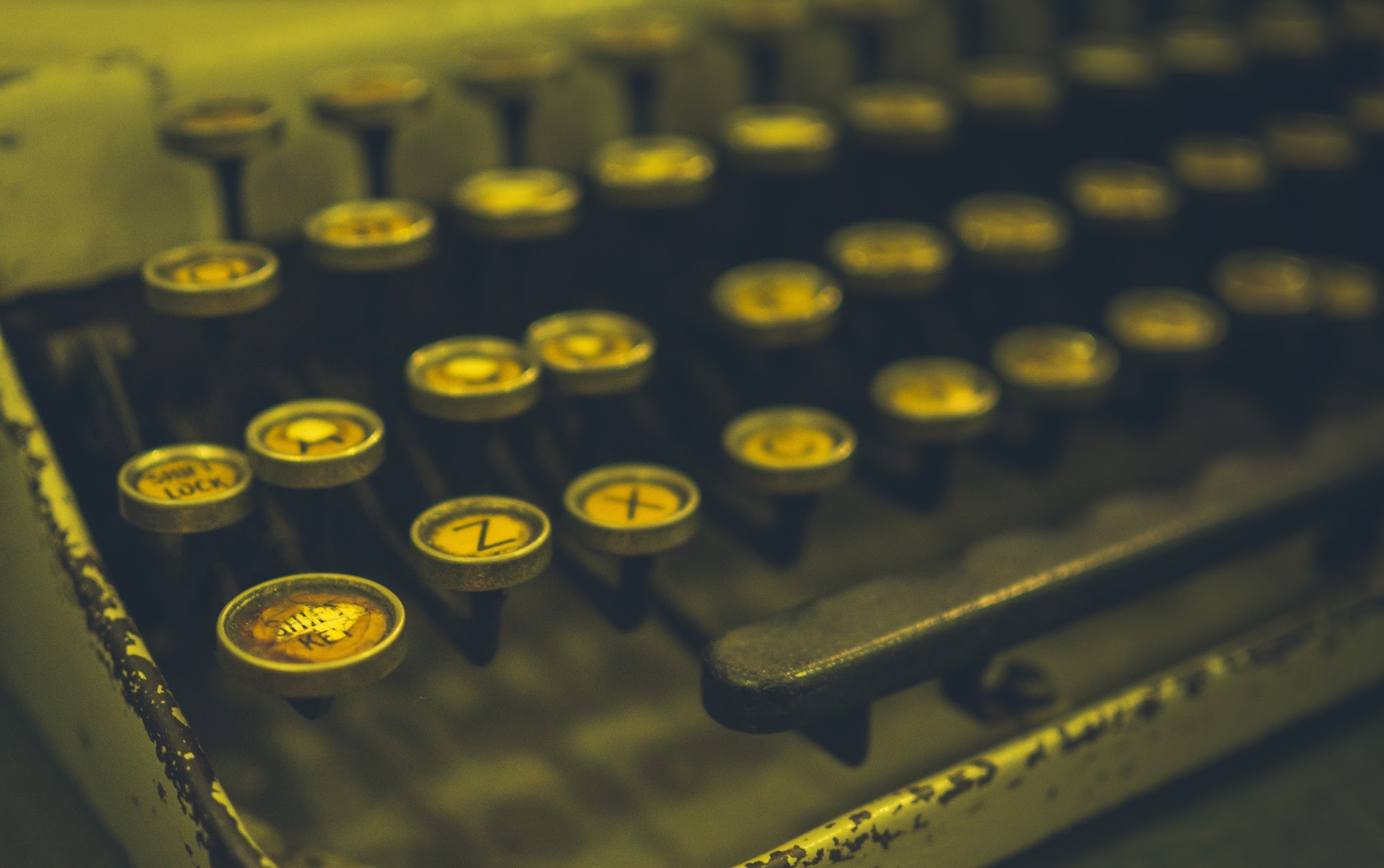