Sunday morning, 6:30 a.m. Our penultimate day in Los Angeles. By and large, we were pretty relaxed about our LA itinerary – we knew we’d be busy with wedding activities most of the time, so nothing was really set in stone.  All, except for one thing – the Wizarding World of Harry Potter at Universal Studios Hollywood! On the Harry Potter spectrum of fandom, I’d say Ashley and I occupy a similar space, just a tad beyond more-than-casual, and visiting one of the Harry Potter-themed parks had been on our bucket list for a while. In order to maximize our time in Hogsmeade, we bought our tickets online, allowing us to enter Universal Studios at 8:00 a.m., an hour earlier than usual. We figured it might take us a little while to drive in from Anaheim, and we didn’t want to get there right at 8:00 a.m. either, plus we had to factor in some buffer time – and that’s how we ended up driving on the 101 at 6:30 a.m. that Sunday morning.

A small crowd had already formed in front of the main entrance by the time we arrived an hour later – mostly families, with a few adult groups scattered here and there. When the gates opened shortly afterwards, we all made a beeline for the Harry Potter section. The anticipation built as we moved through the park as a single unit, all but ignoring the rest of the attractions – they weren’t open yet anyway – until we turned a corner and the permanently snow-capped buildings and chimneys of Hogsmeade filled our field of vision. With any tangible realization of a fandom – be it movie adaptations or a theme park attraction – there is a frightening amount of room for disappointment. With an IP like Harry Potter, the expectations are especially heightened. Fan reaction to Cursed Child and the five-part Fantastic Beasts movie series, not to mention the way certain scenes, characters, and story elements were altered or removed in the eight Harry Potter movies, prove that even J.K. Rowling’s magical universe can disappoint. Not so with the Wizarding World of Harry Potter.

They really did an extraordinary job in transporting park visitors to the only all-wizarding village in Britain. Each element of Hogsmeade was put together in fantastic detail – the individual shops selling everything from Bertie Bott’s Every Flavour Beans to complete Quidditch sets, the washrooms haunted by Moaning Myrtle, the wand choosing ceremony at Ollivander’s, the soaring interior of The Three Broomsticks, and the beloved castle itself, old Hogwarts, sitting on a hill above the rooftops. The star attraction, Harry Potter and the Forbidden Journey, is set inside the castle itself, and the line into the ride passes through the Gryffindor Common Room, the Defense Against the Dark Arts classroom, and Dumbledore’s Office, among other iconic locations.

After the Forbidden Journey ride, my personal favourite attraction in the entire park, we wandered around Hogsmeade for a bit, before moving on to the non-Harry Potter parts of Universal Studios. First, we went around the corner to hop on The Simpsons Ride – I’m pretty neutral about this one, to be honest. Then, we took the escalators down to the lower lot for the Jurassic Park, Transformers, and The Mummy attractions. All three rides are quite different – Jurassic Park is a river raft experience, Transformers is a 3D romp through a virtual city, and The Mummy is a rollercoaster in the dark – but I think it’s well worth it to experience them all. We went back to Hogsmeade to grab a pricey but actually pretty quality lunch at The Three Broomsticks – gotta have that butterbeer – before doing the rest of the attractions on the upper lot – Studio Tour, Shrek 4D, Despicable Me, Walking Dead, Water World, and the Special Effects Show. I don’t remember in what order we did them, but we weren’t rushing around at all, and we’d pretty much covered the entire park by 4:30 p.m. The early morning start, and the Southern California heat, did a number on us, though, and, after checking in to the nearby BLVD Hotel & Spa, we immediately passed out on the couch. 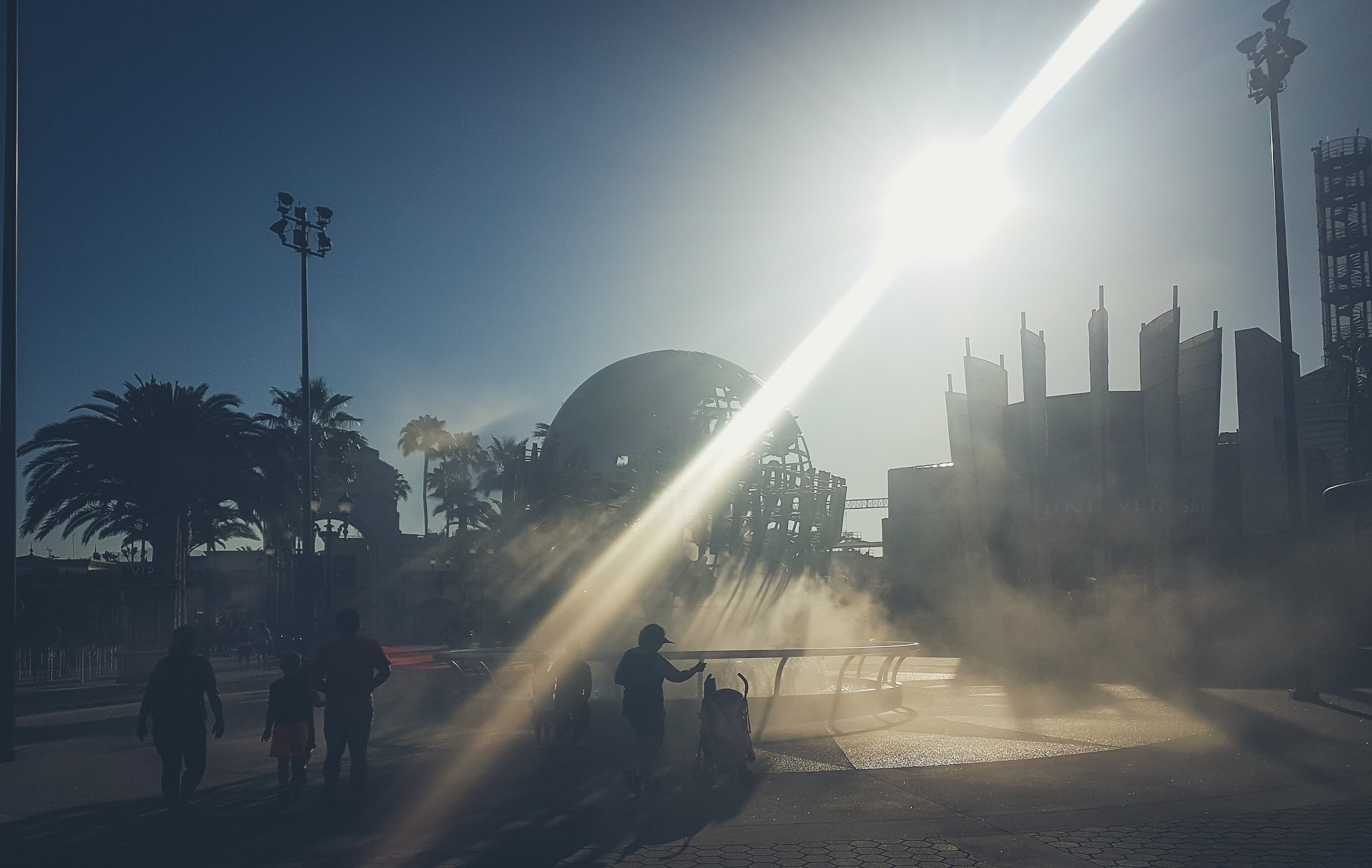 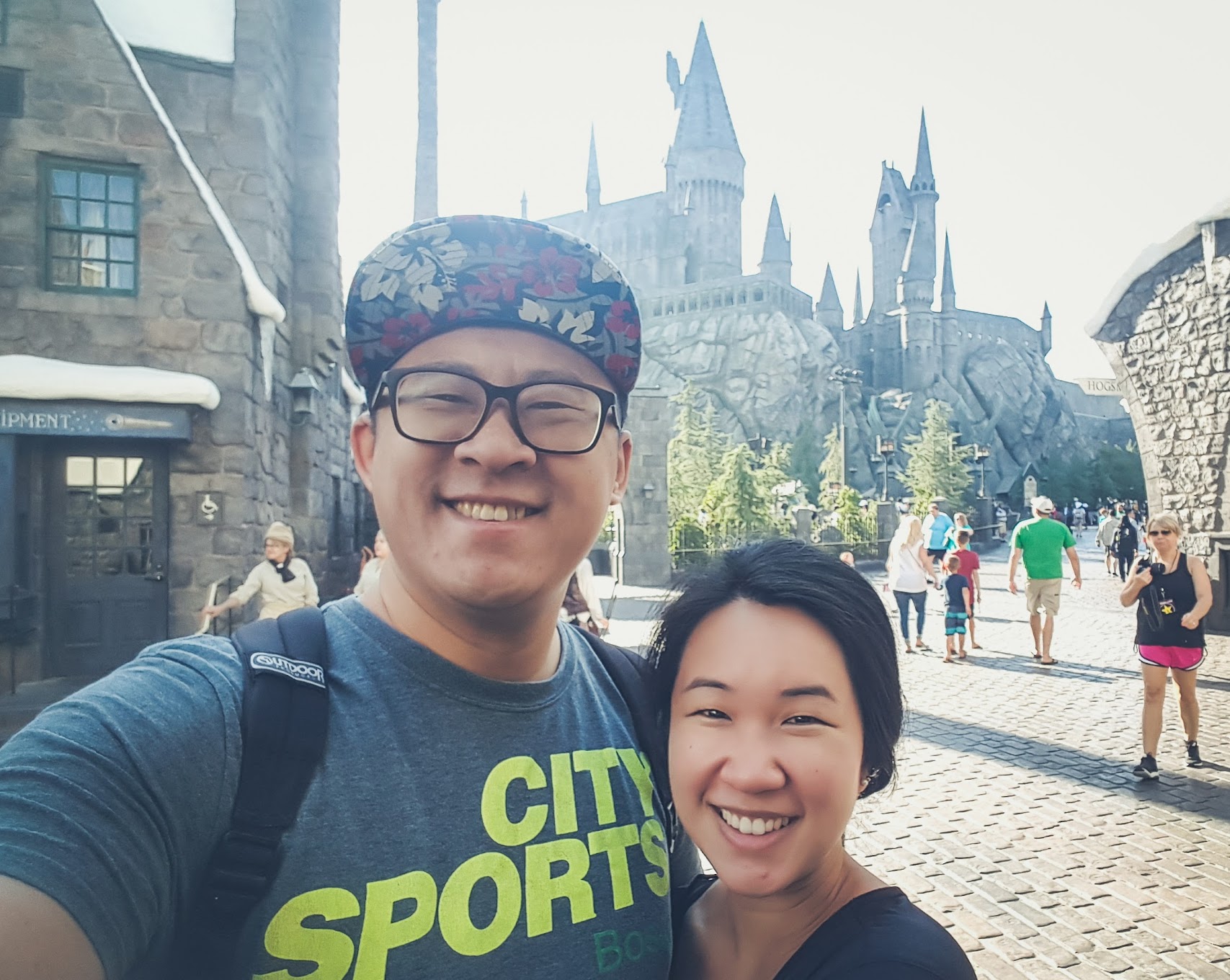 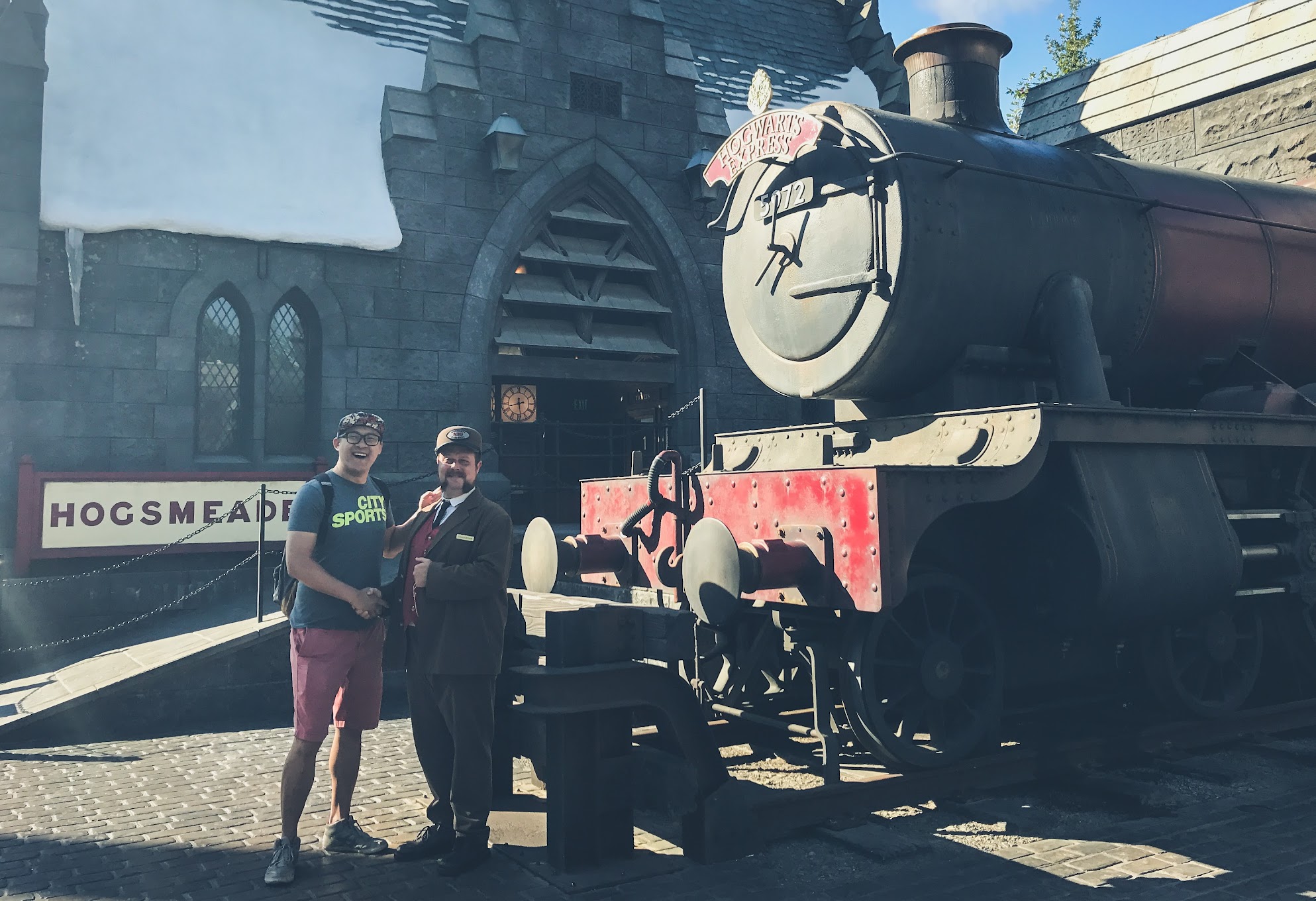 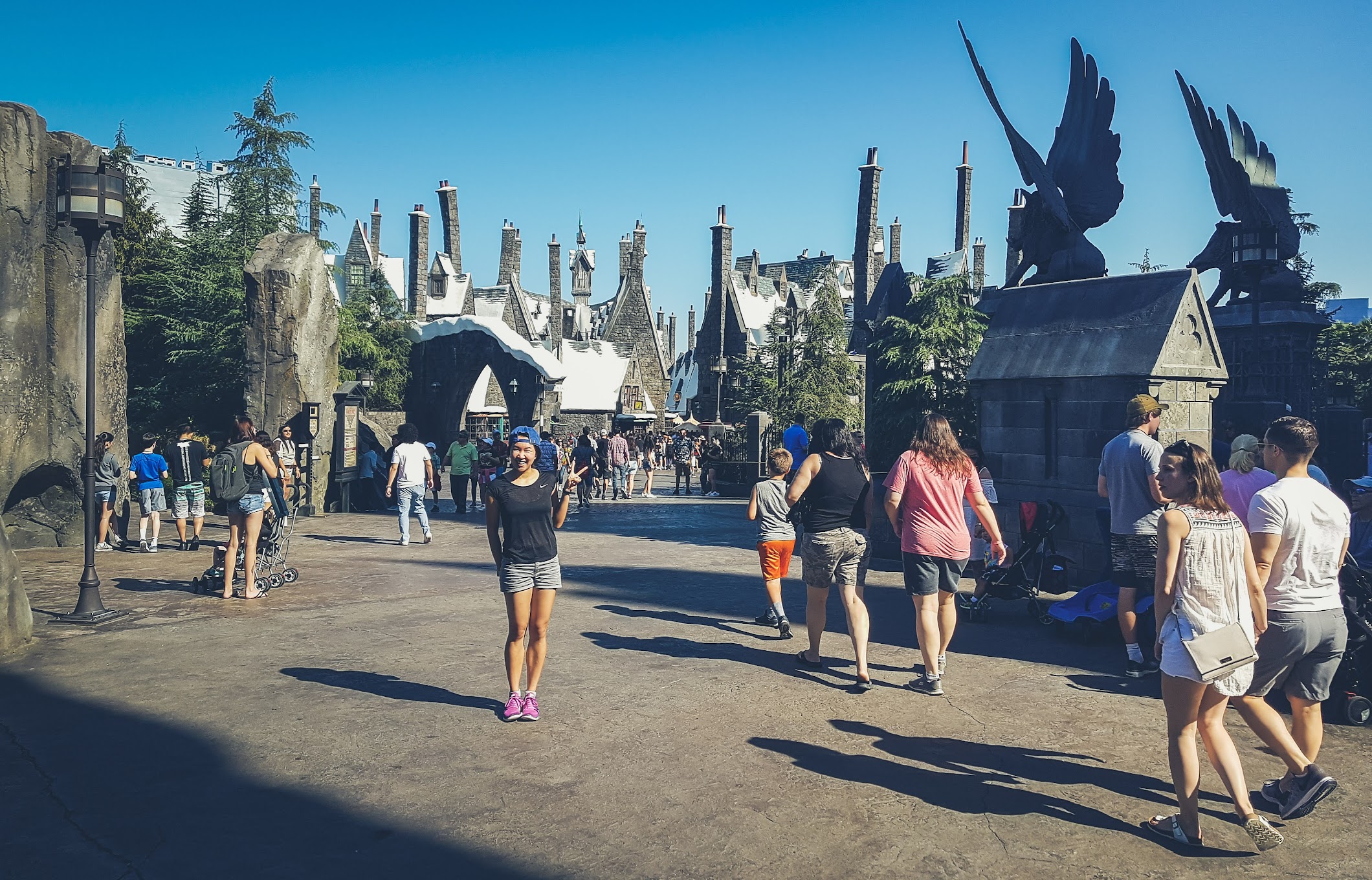 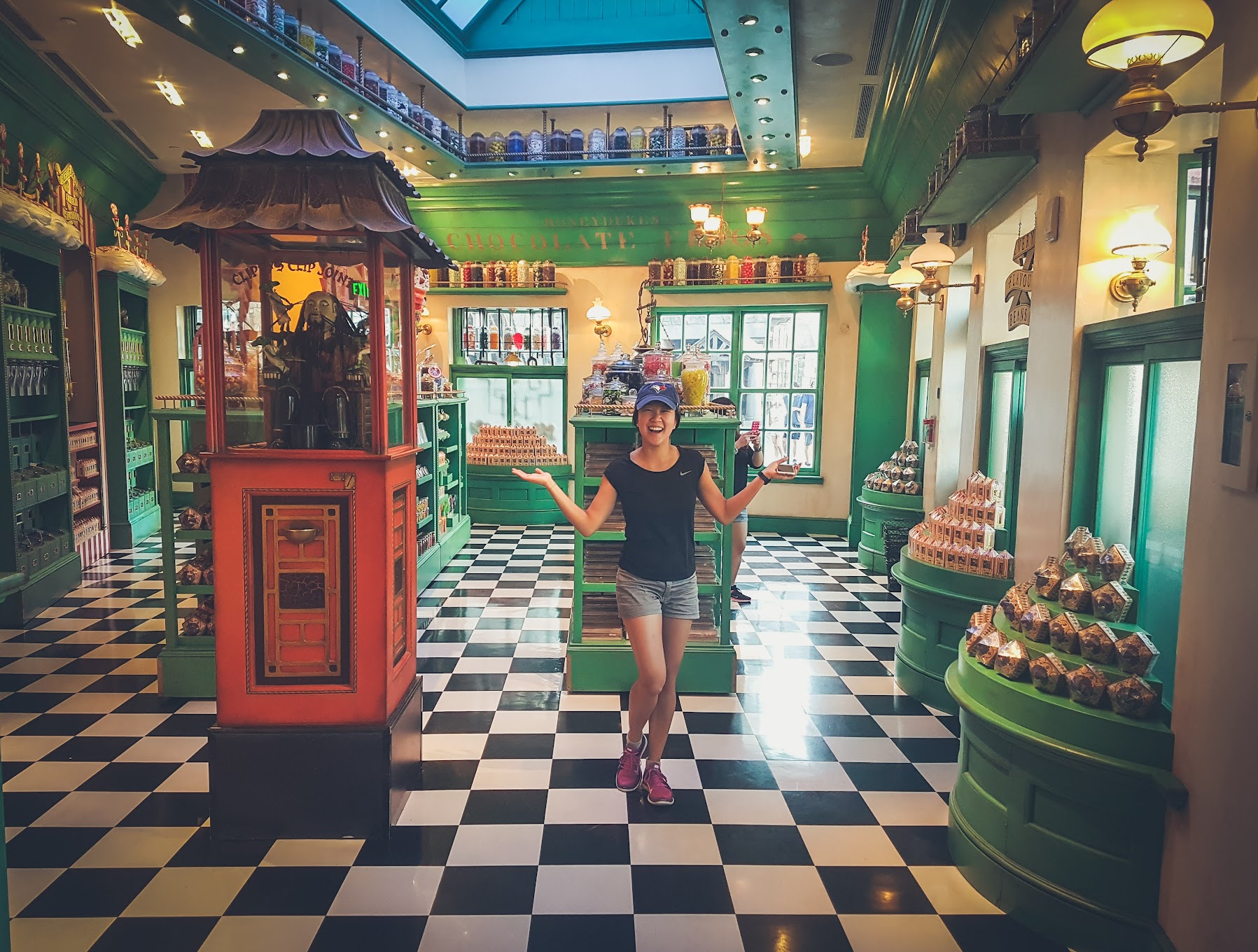 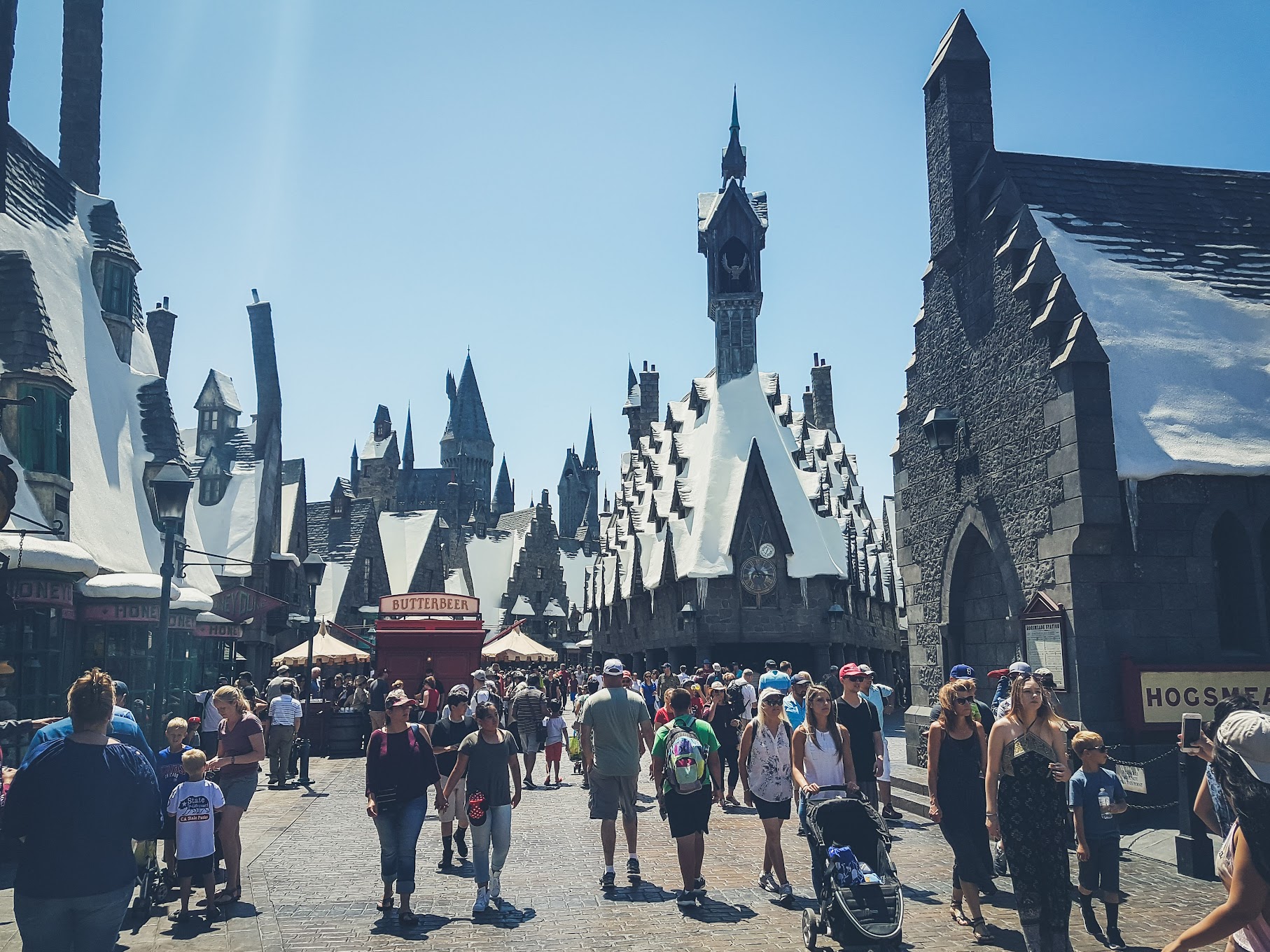 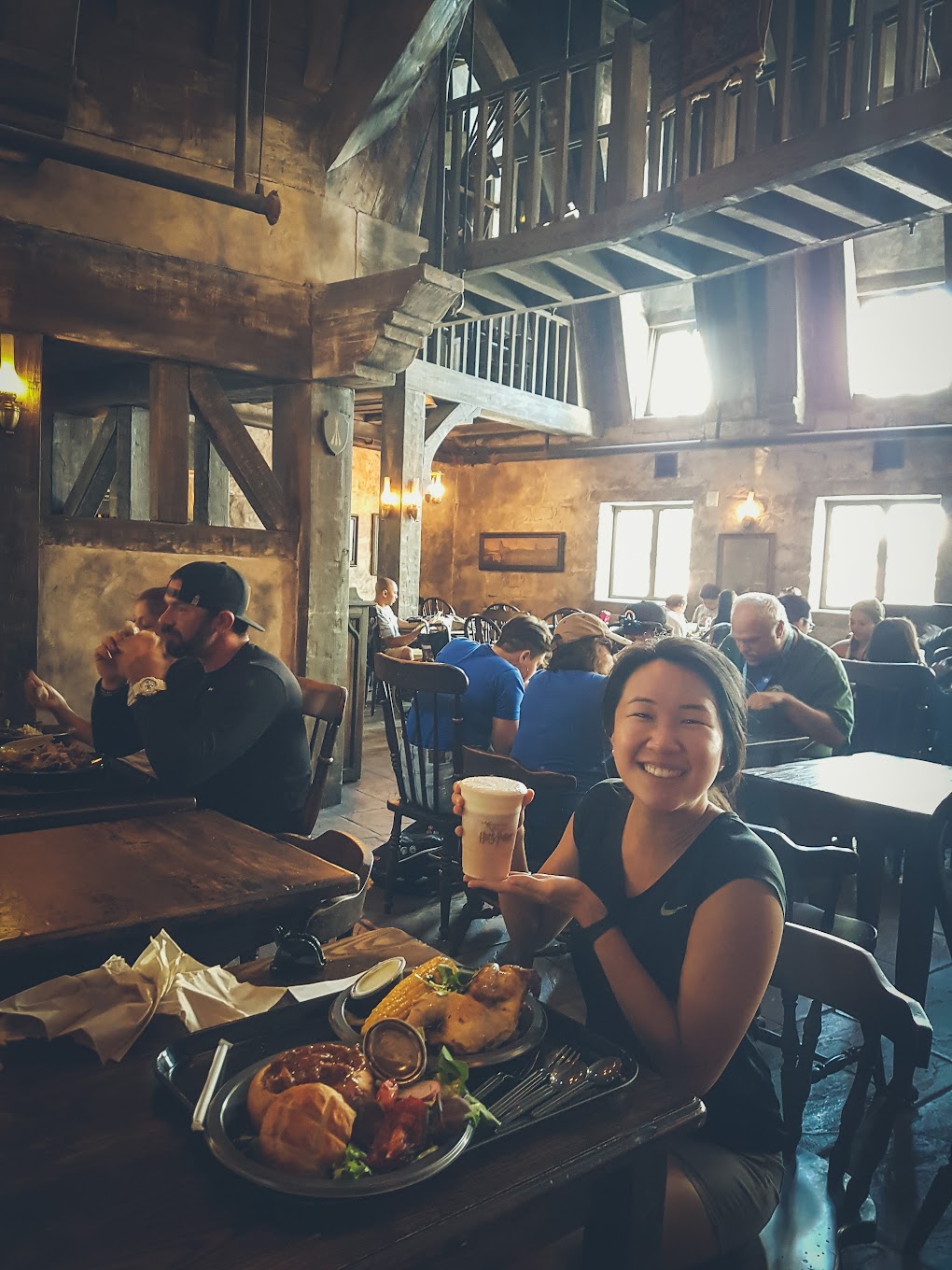 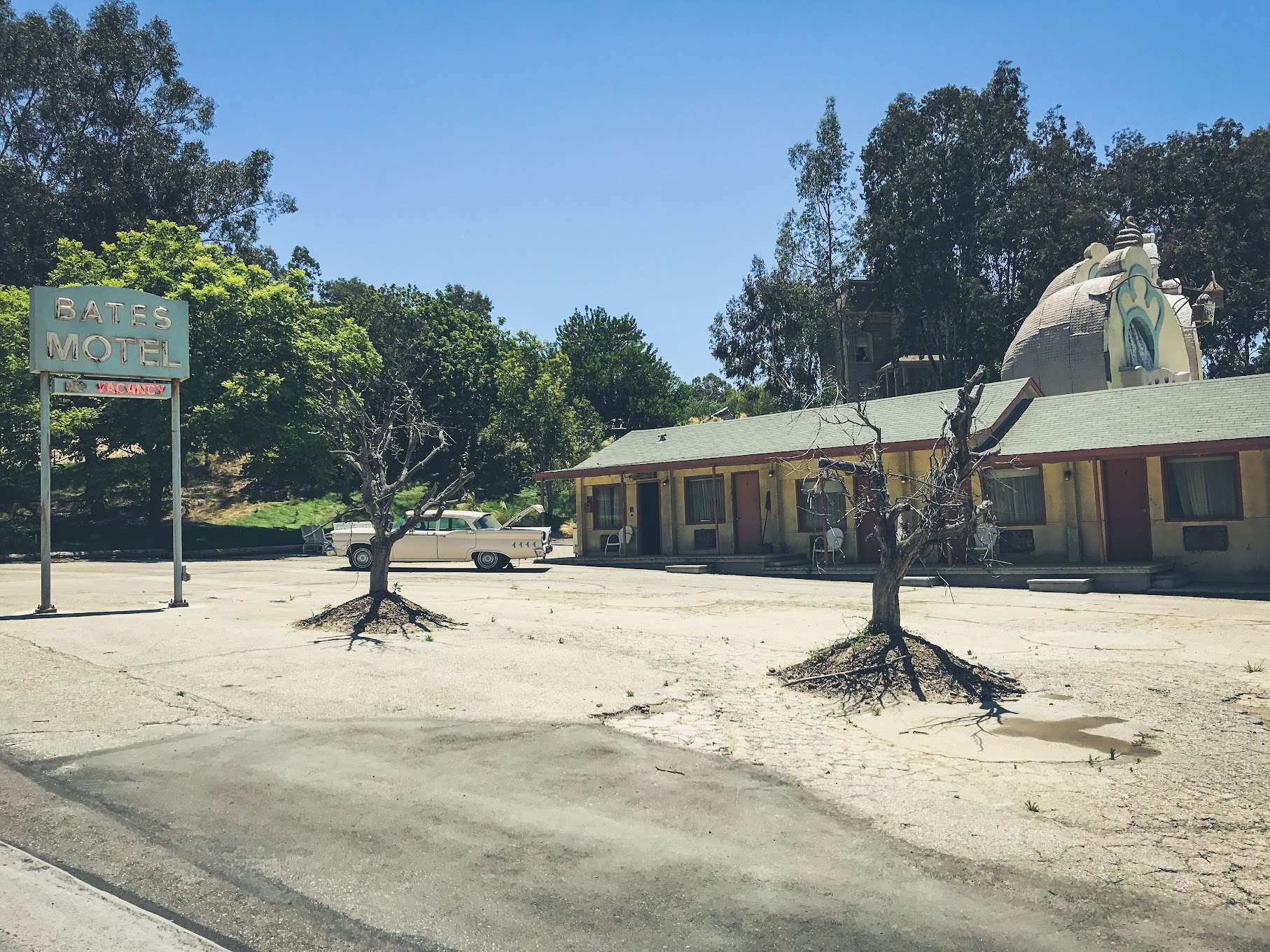 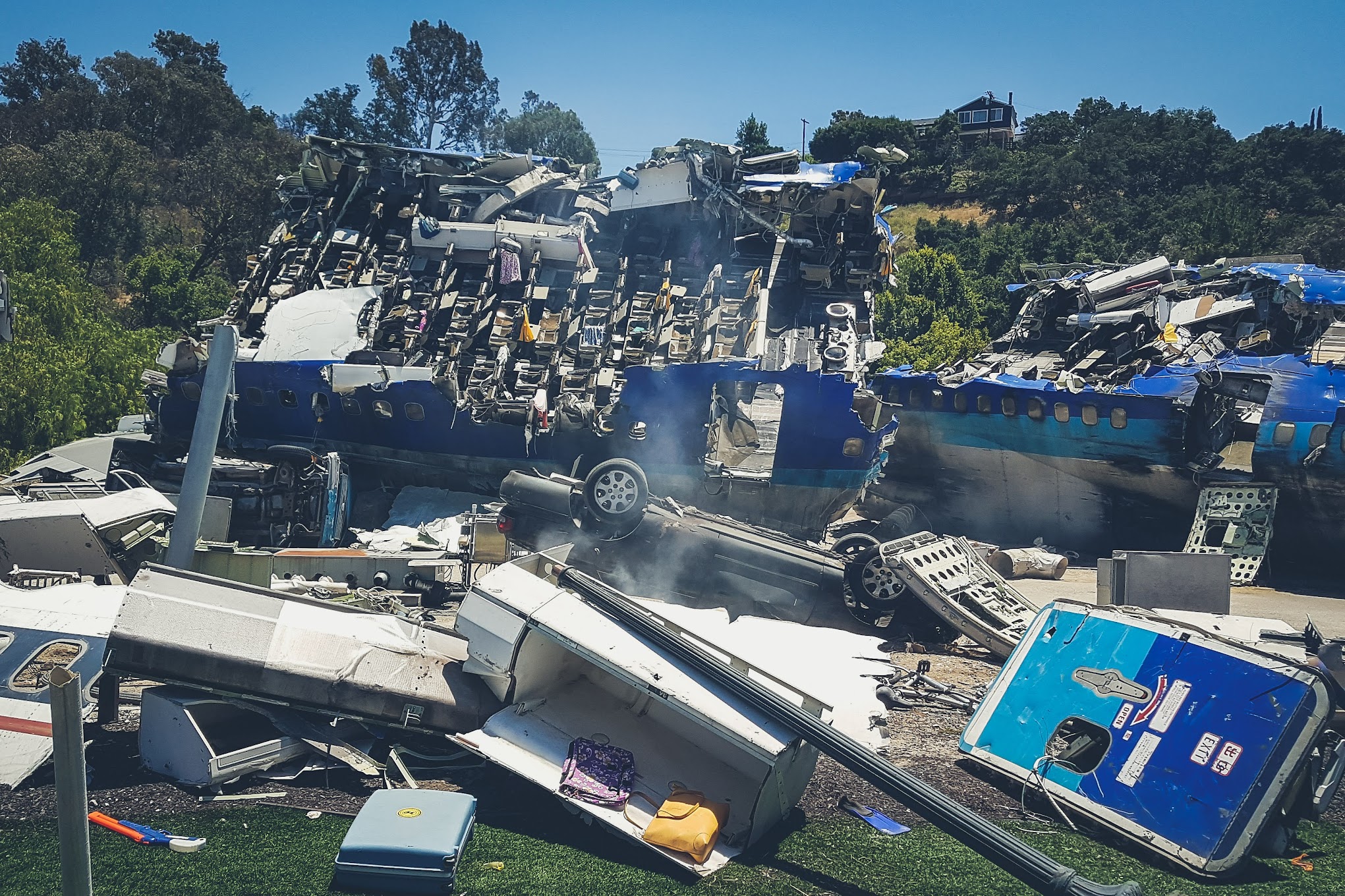 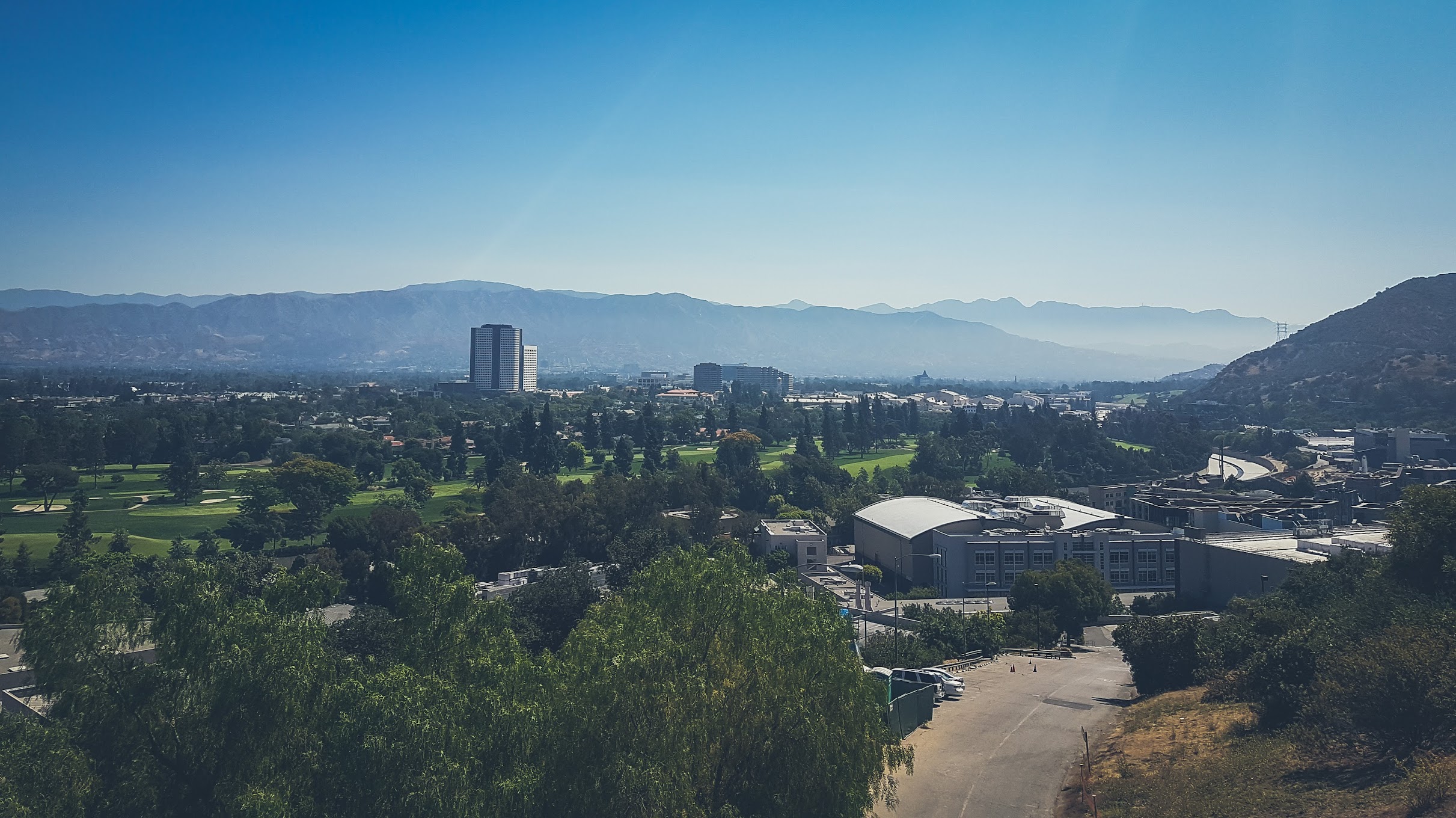 The Views from Griffith Observatory

We originally had thoughts of going up to Griffith Observatory after Universal Studios Hollywood to catch the sunset. Our unexpected slumber put an end to that idea, however, so we ended up going the next morning instead. The iconic building was most recently featured in La La Land, but it has made numerous appearances in movies and television over the years. The stark white exterior and its beautiful angles and arches stood out against the clear blue sky that morning, and we took our time walking on the path around the observatory. The view from the hilltop was fantastic – downtown LA enveloped in the ever-present smog, the expansive grid of neighbourhoods and city centres filling in the basin, the silhouettes of the surrounding hills – and we mostly had it to ourselves. We couldn’t stick around too long, however, as we had one more stop to make before leaving the city for good. 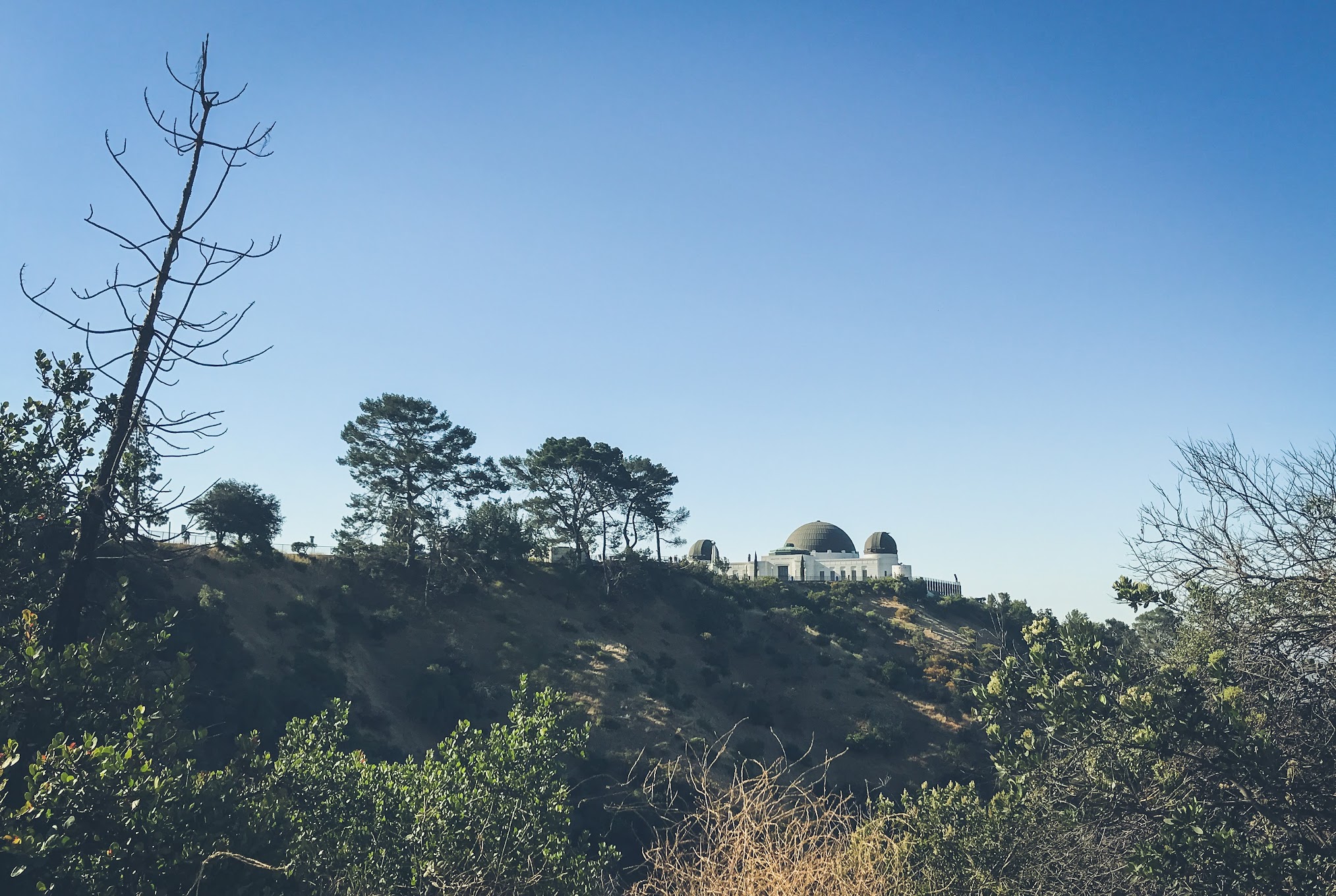 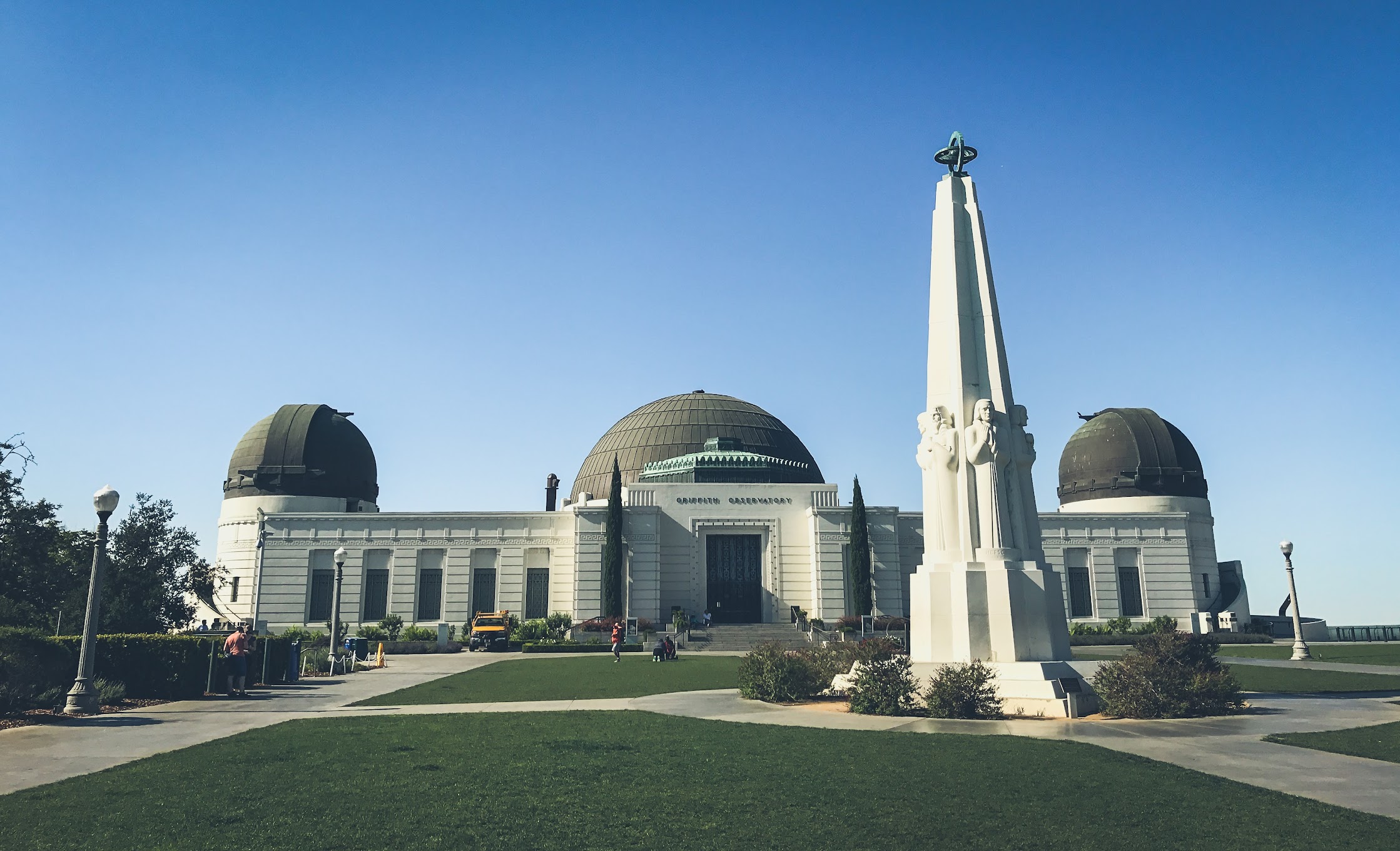 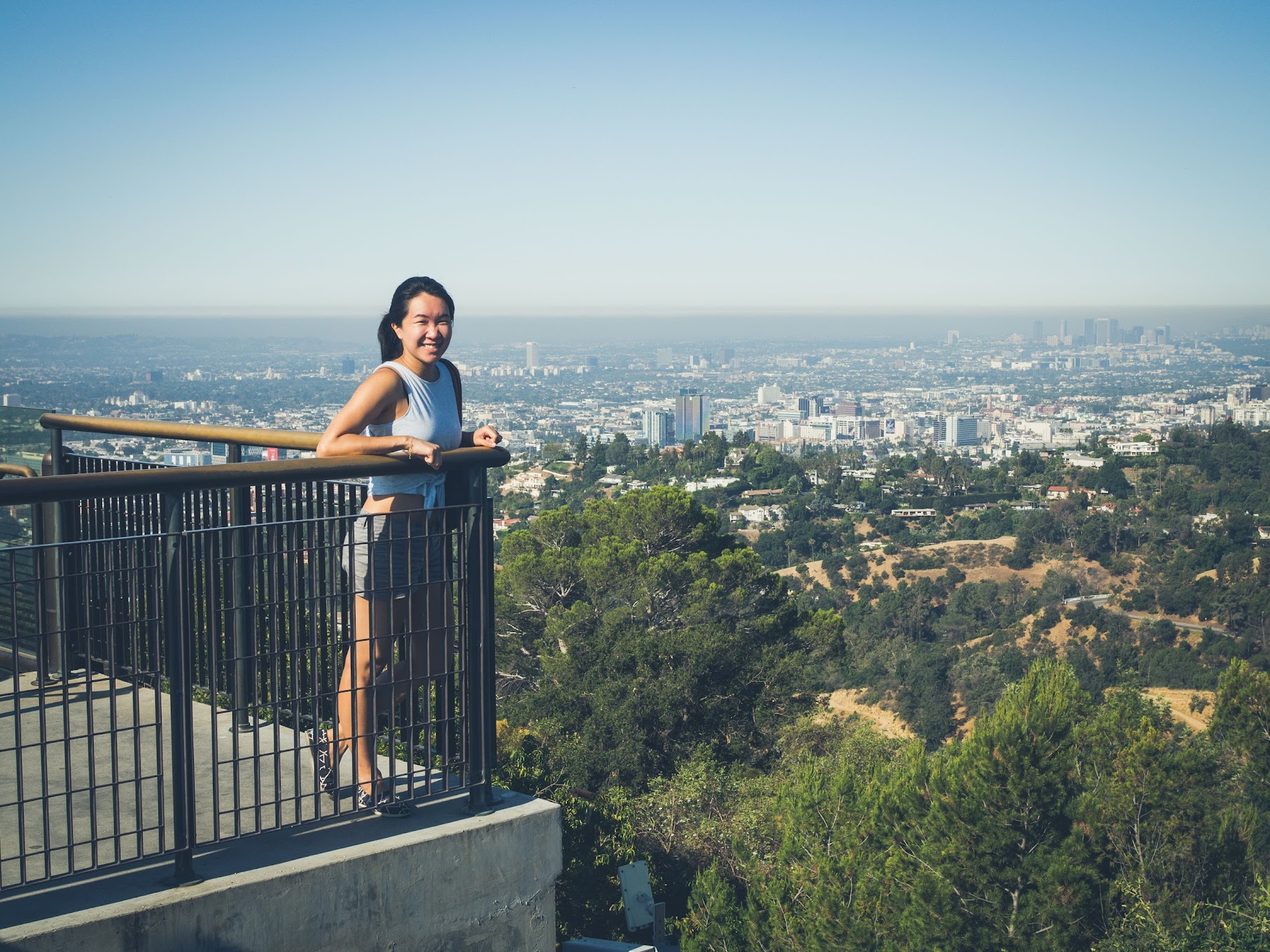 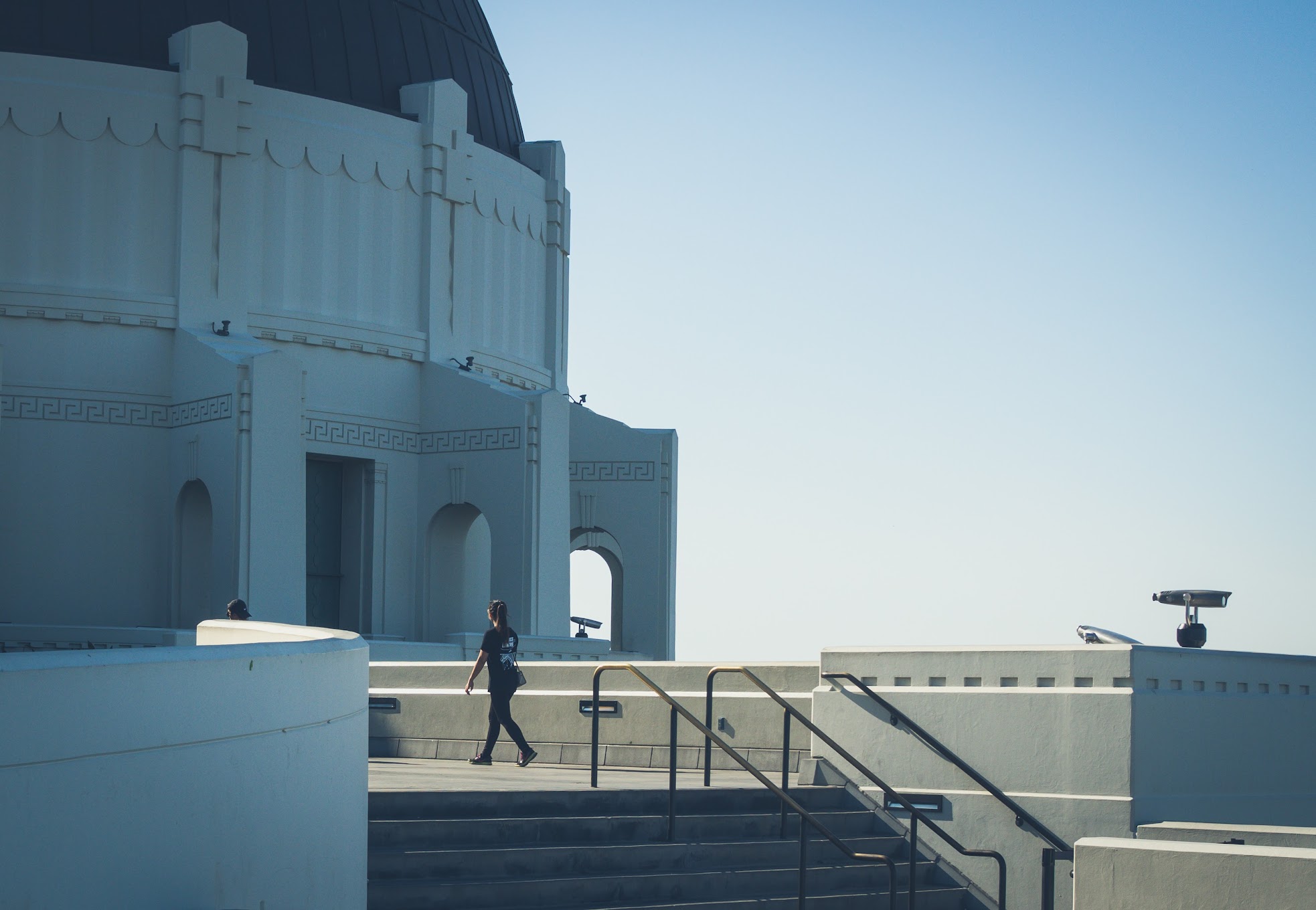 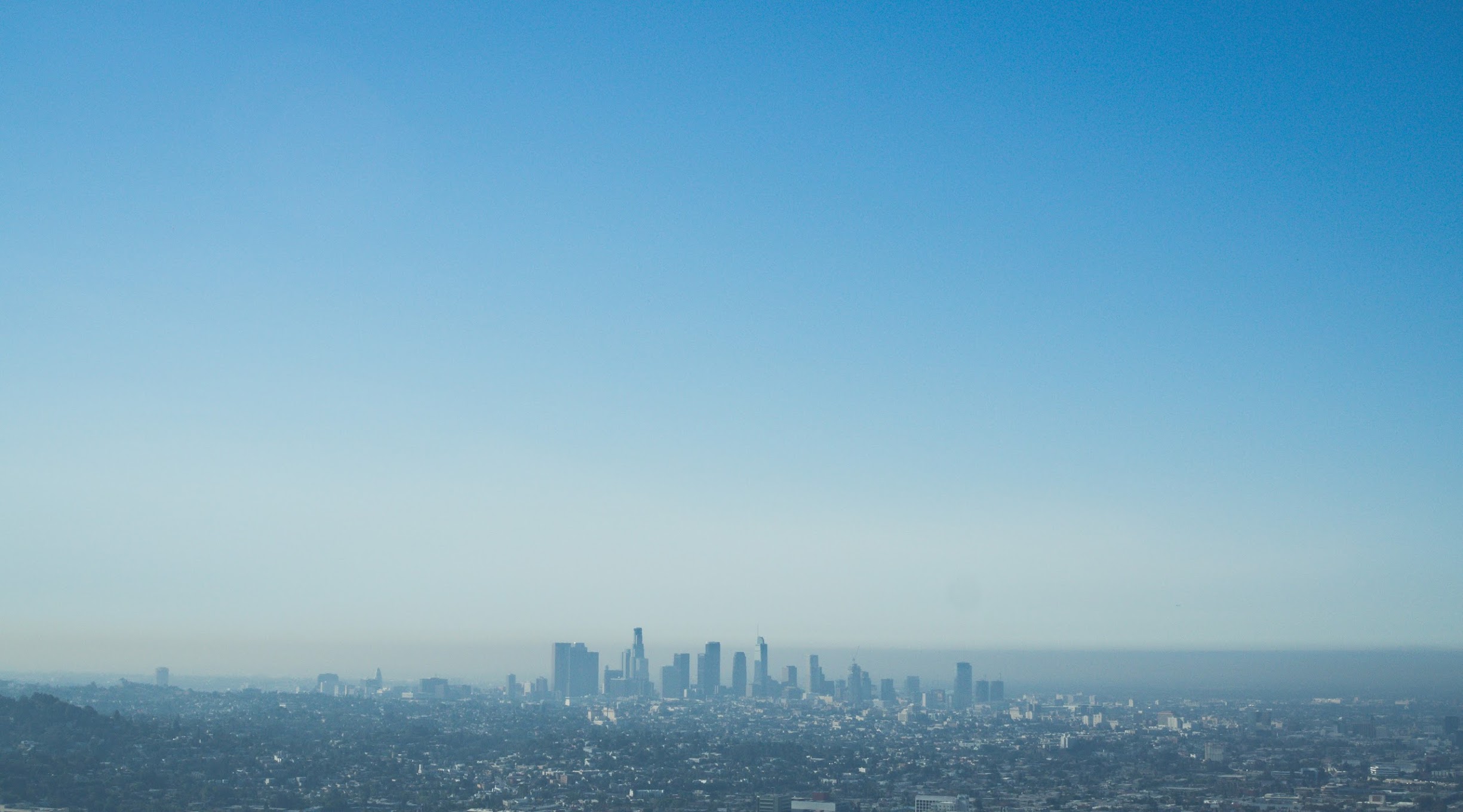 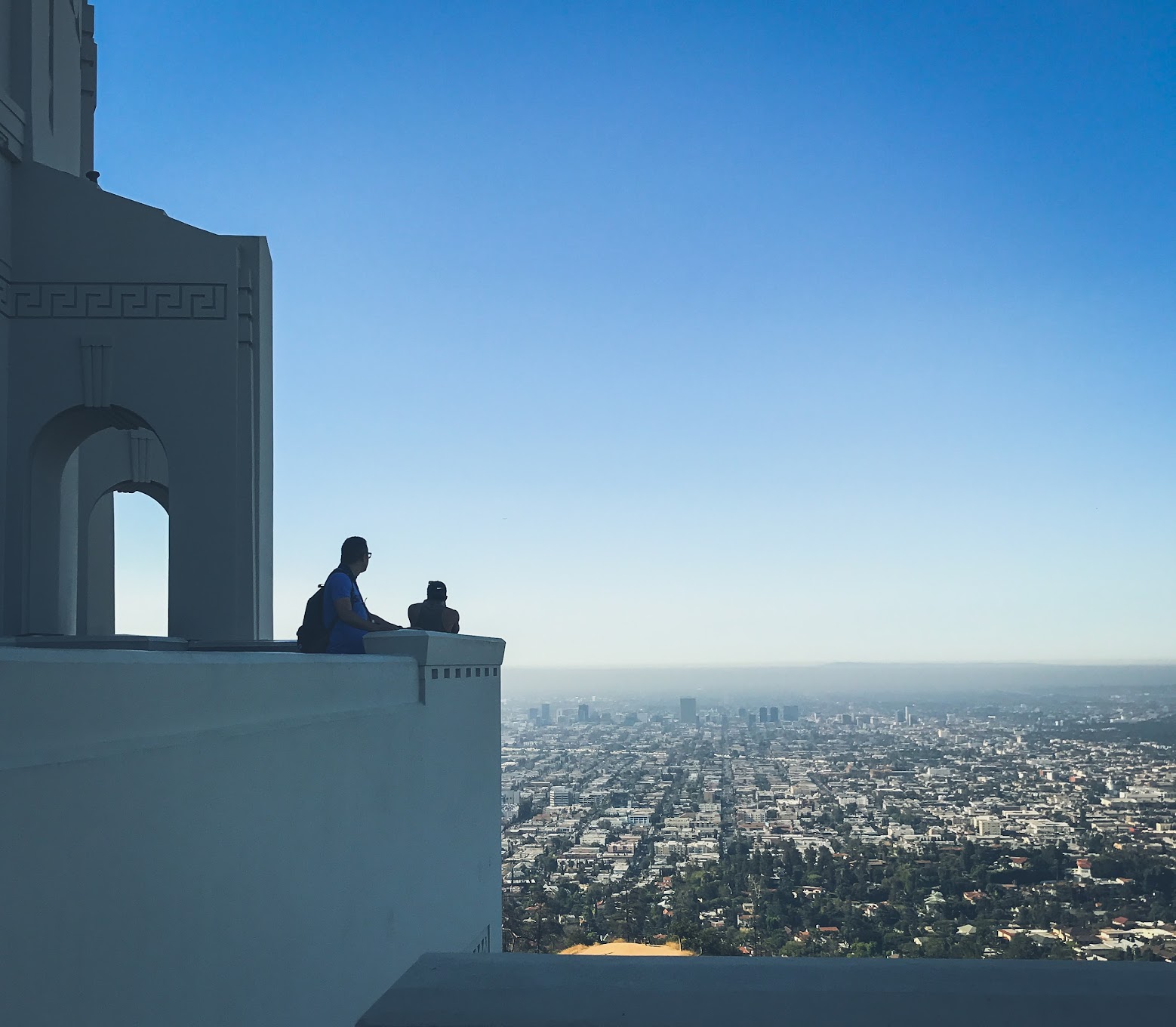 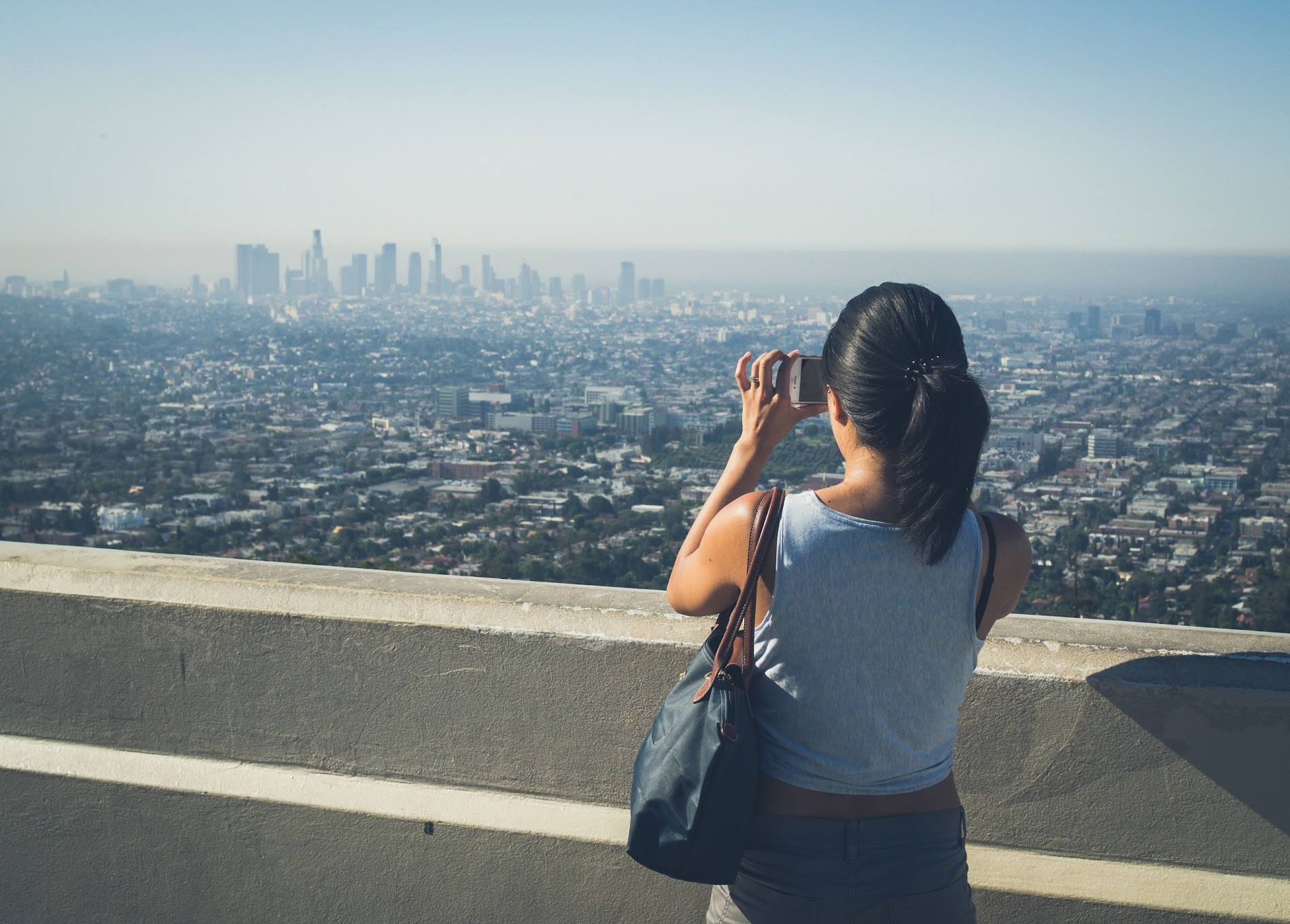 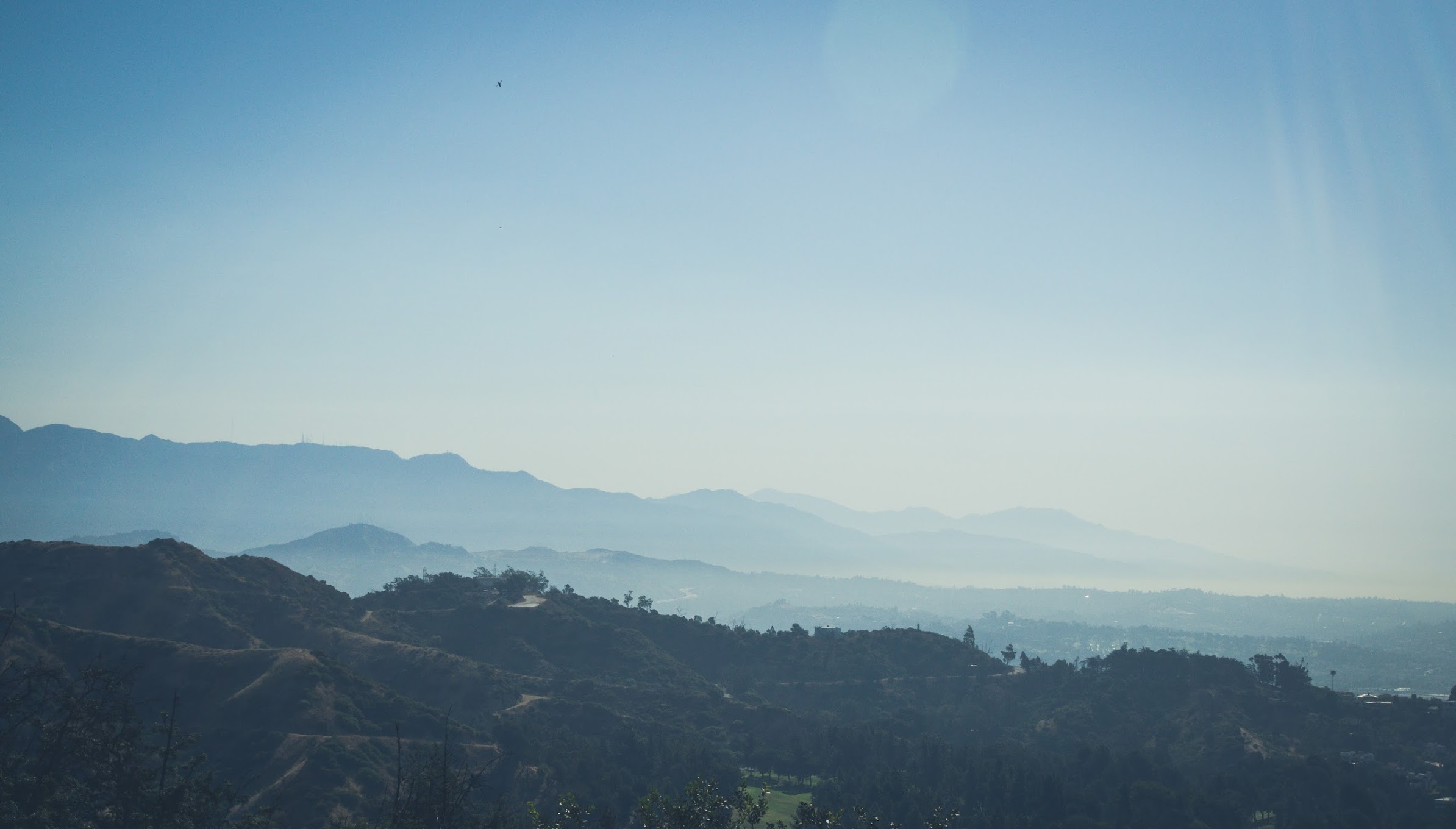 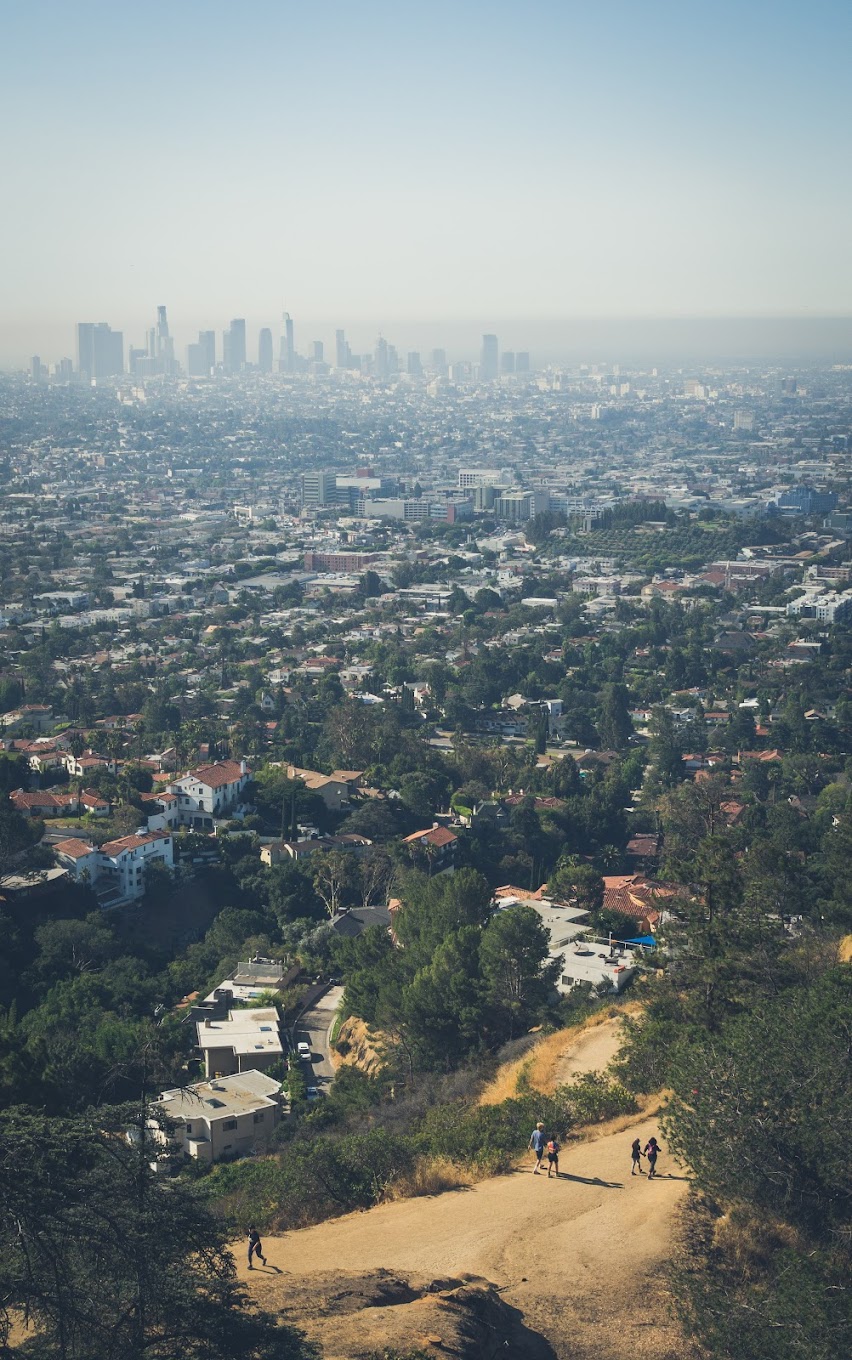 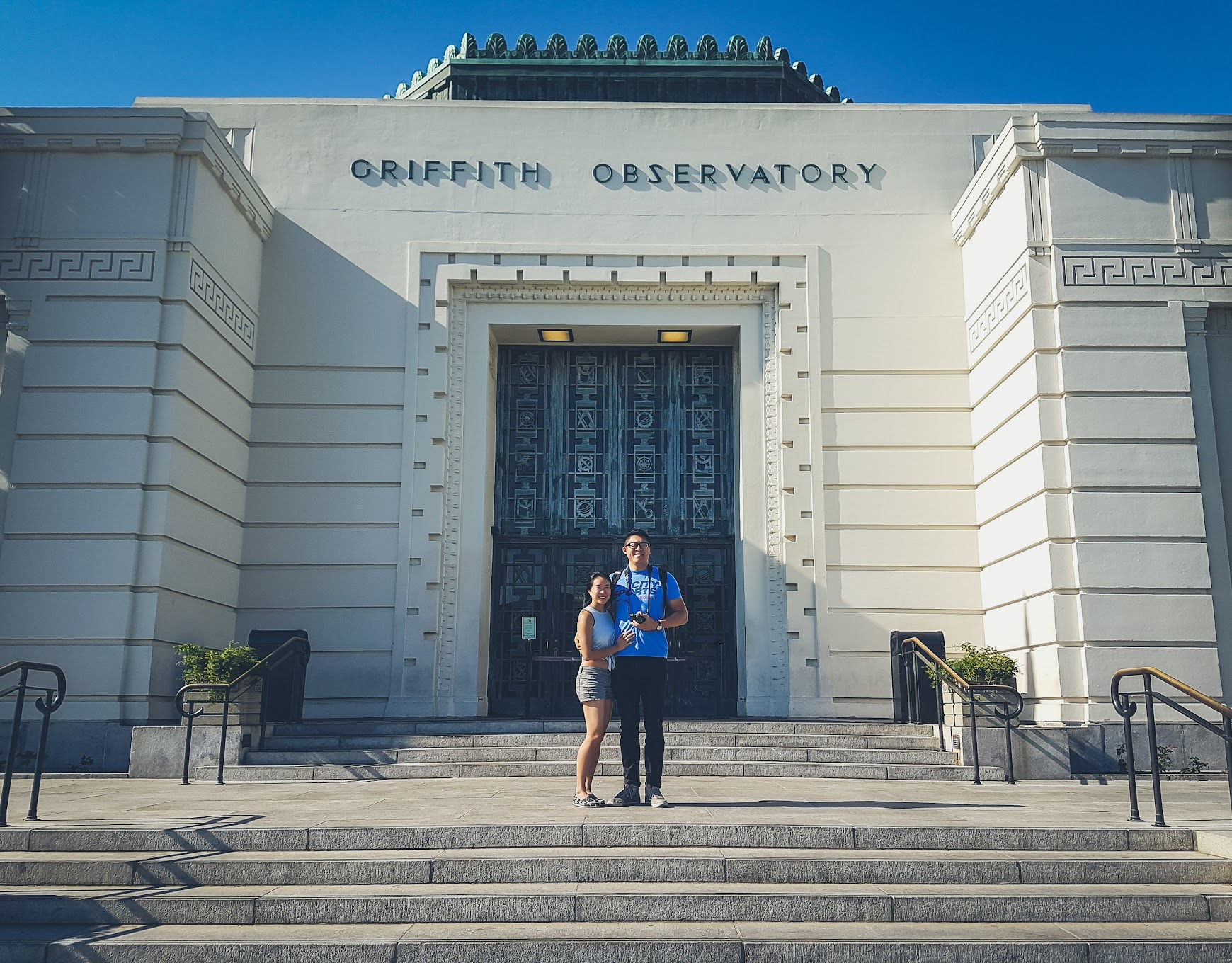 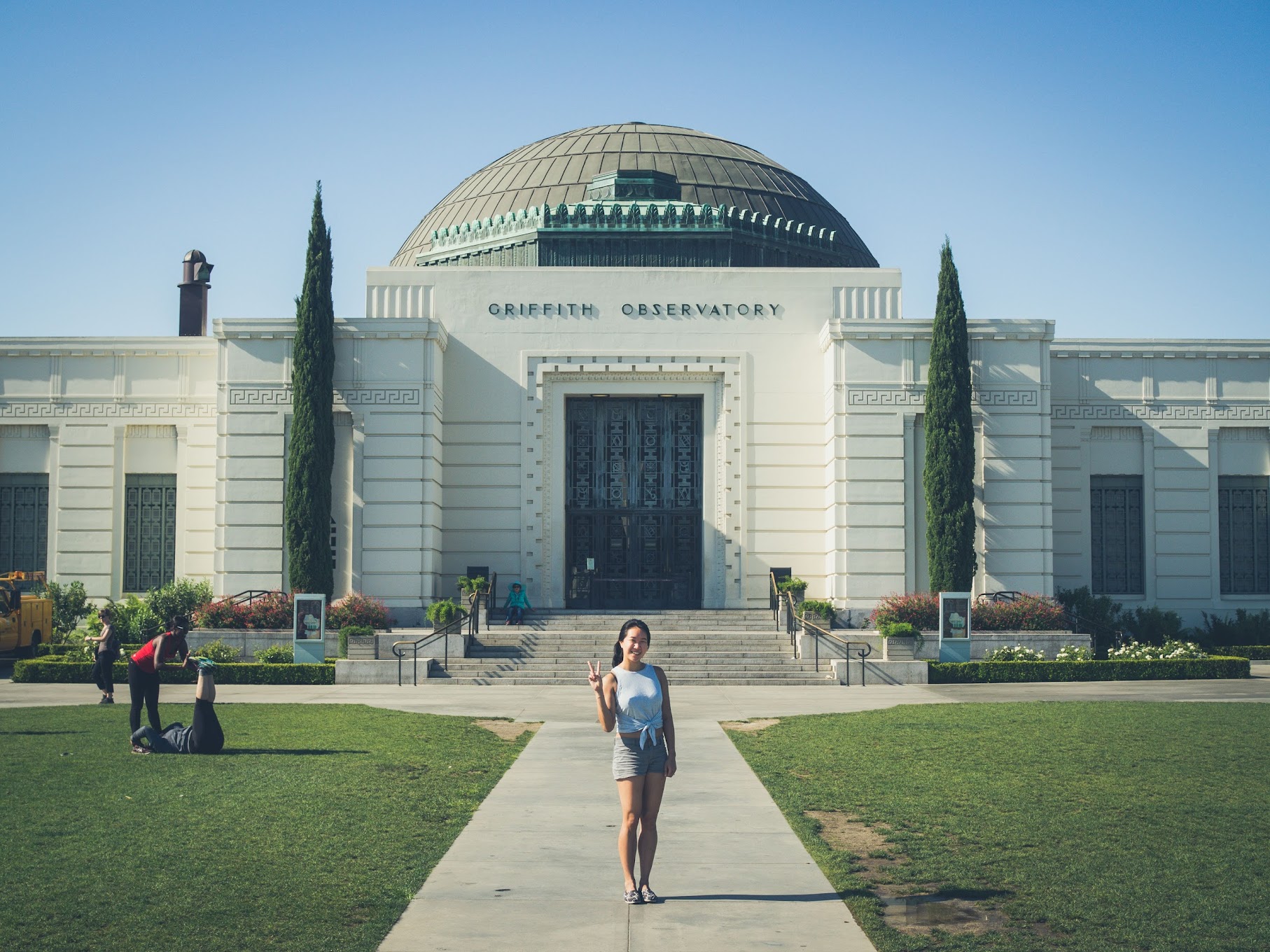 From Griffith Observatory, we drove into the downtown area to get breakfast at Grand Central Market. The 100-year-old market is known for housing a collection of local food vendors serving delicious meals – Eggslut probably being the most famous these days. Indeed, the line for the egg-themed restaurant was the longest in the market that morning, and, to be fair, the egg sandwich was pretty good. We grabbed a couple of tacos from Tacos Tumbras a Tomas afterwards, though, and that actually was the highlight of our Grand Central Market meal. I can’t recommend this taco place enough – go to the market for Eggslut, but stay for Tacos Tumbras a Tomas. 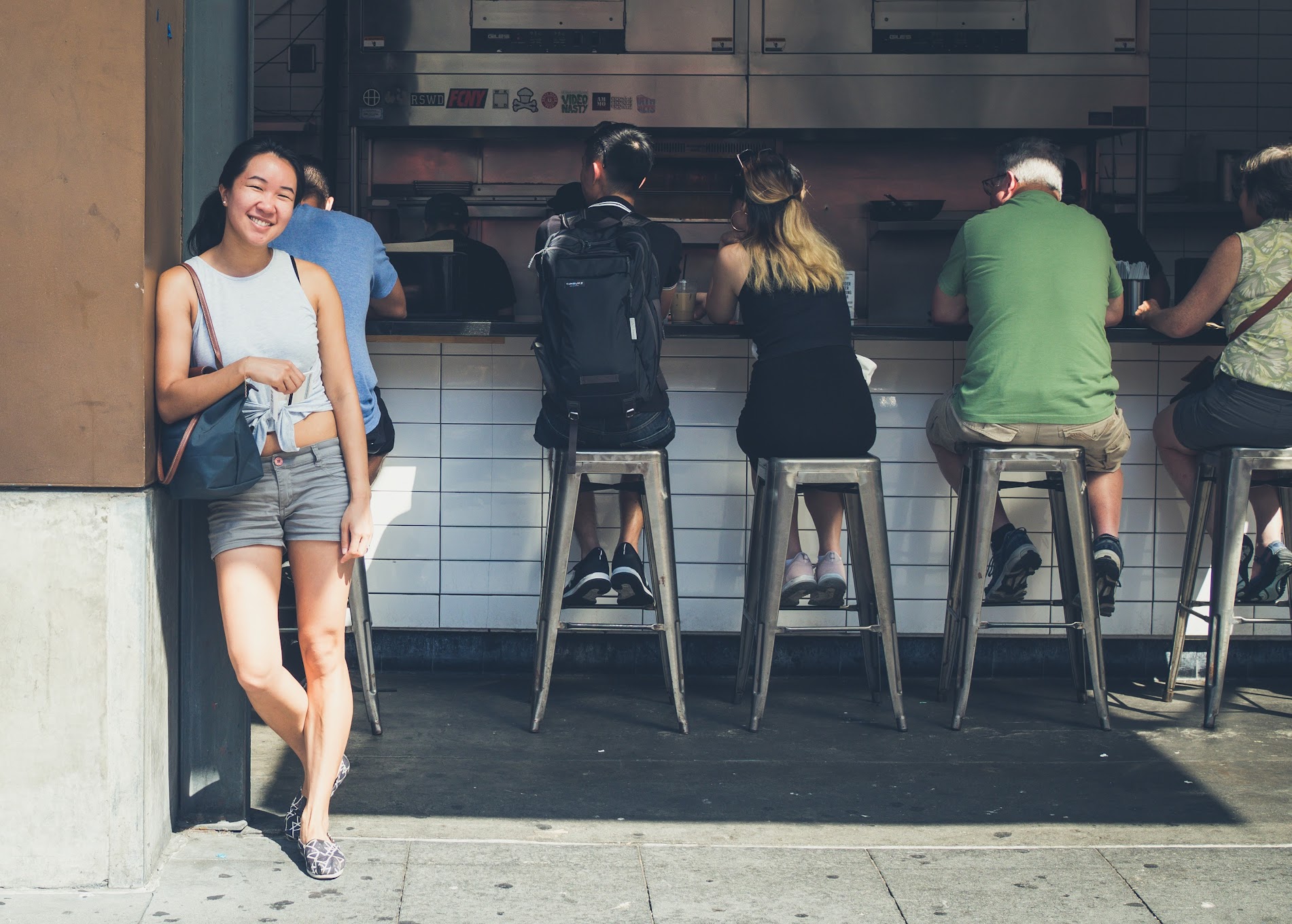 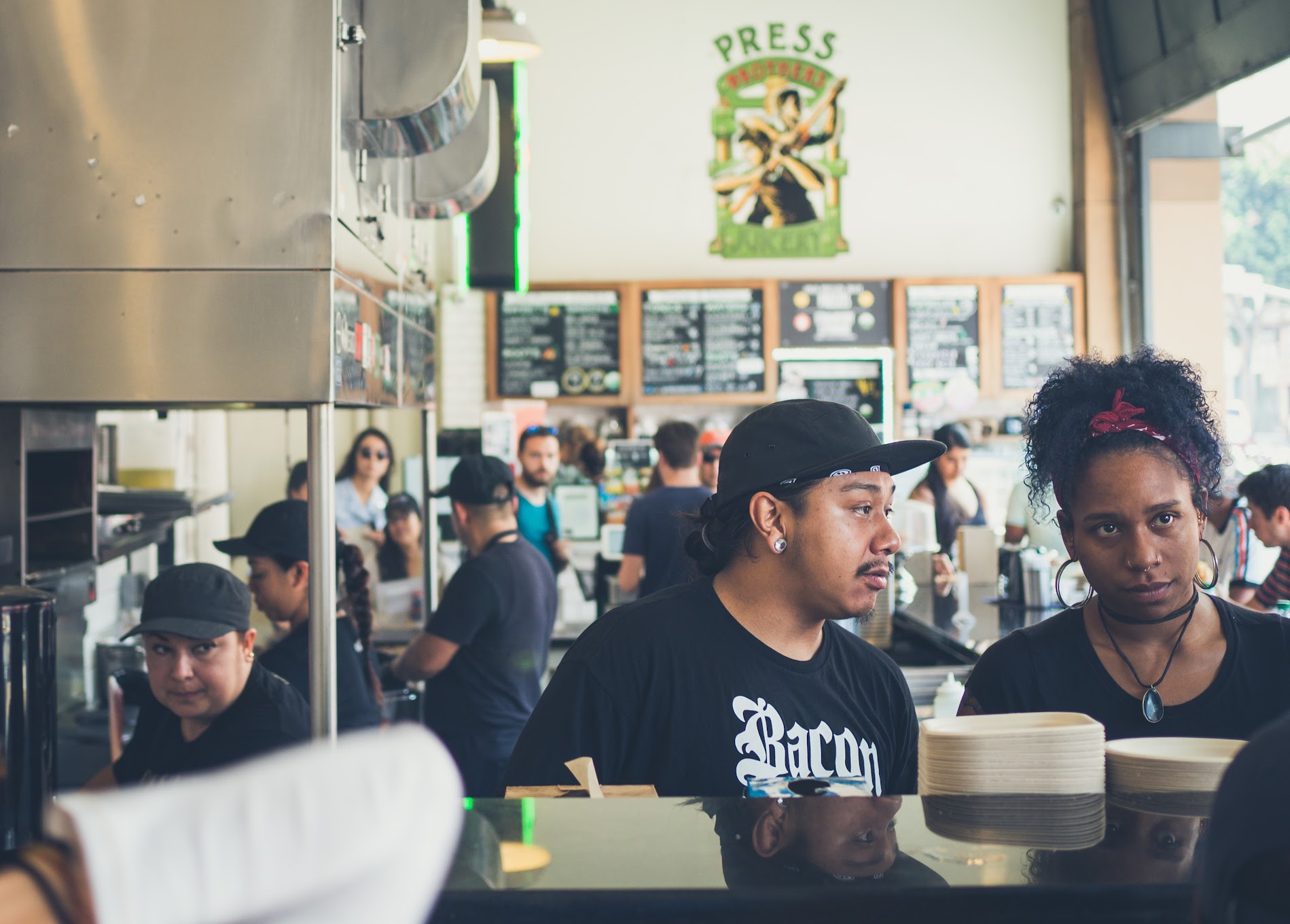 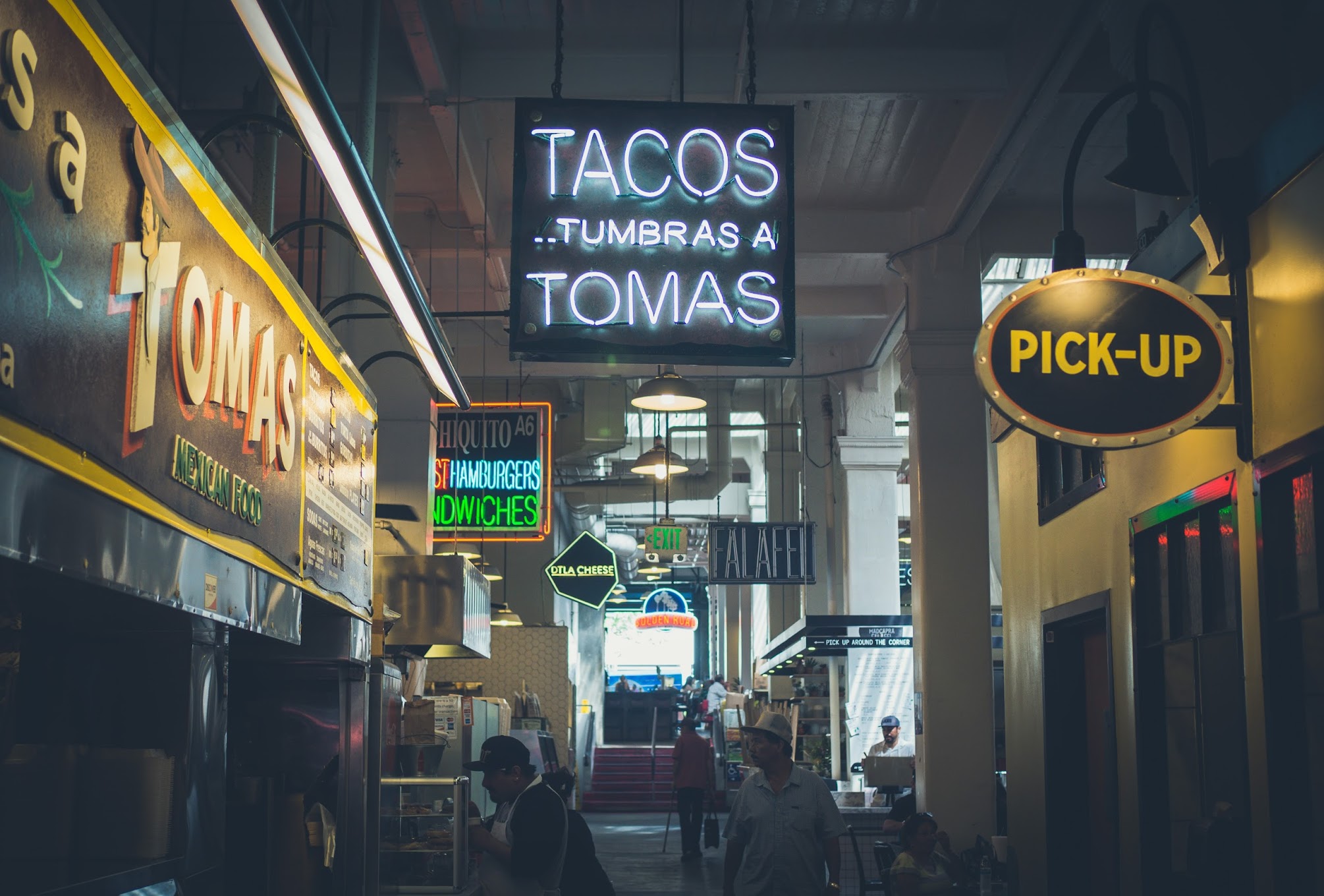 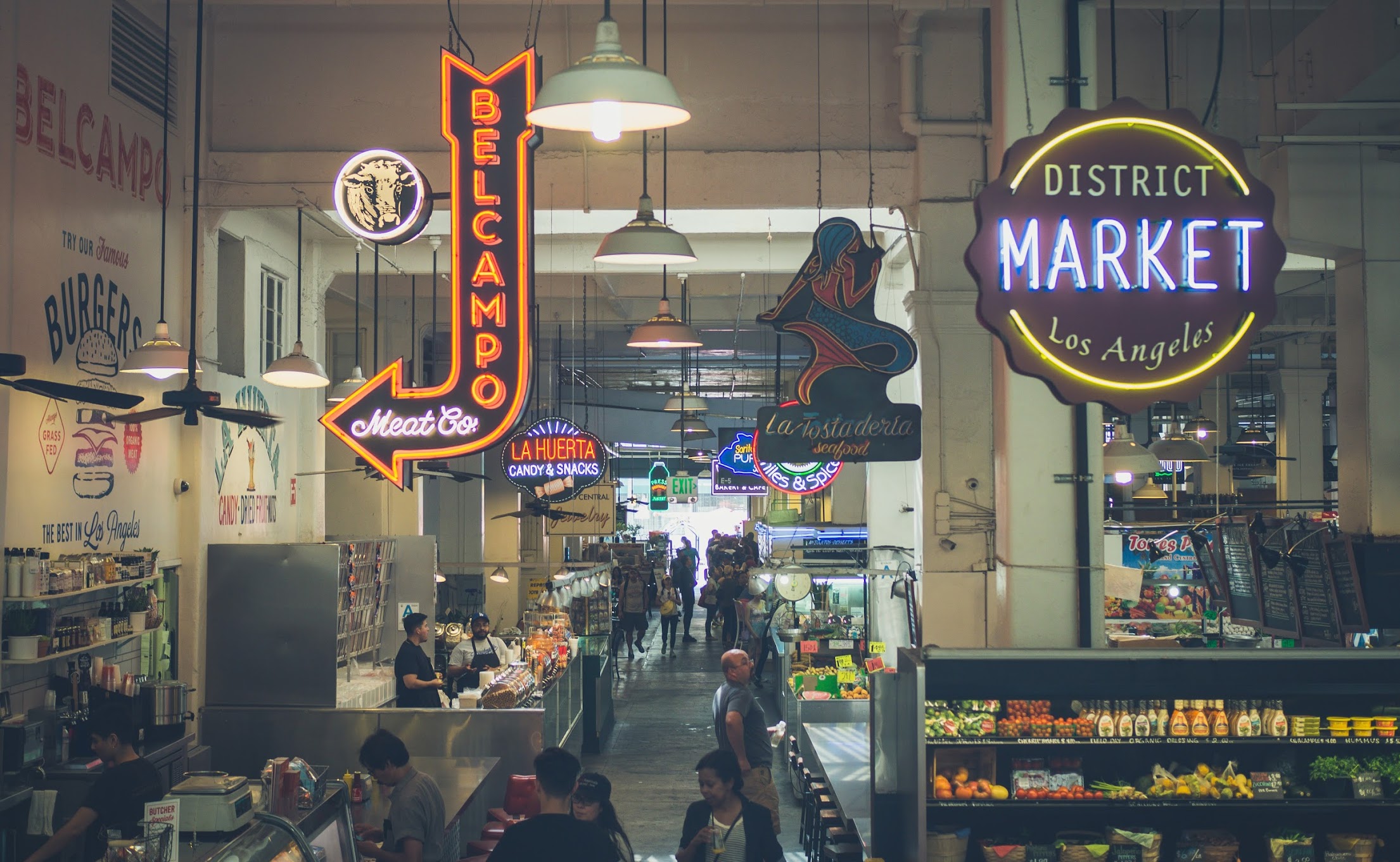 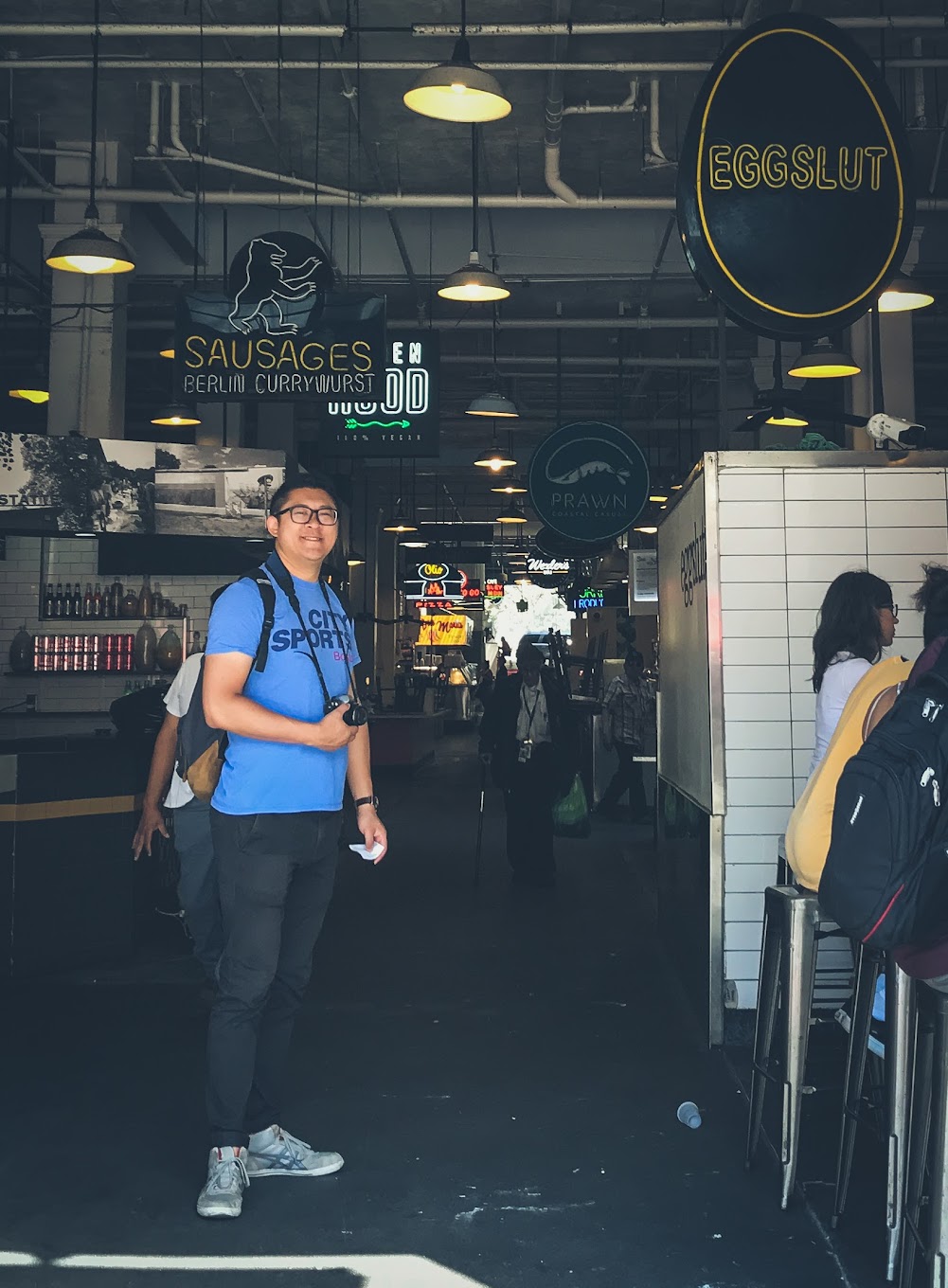 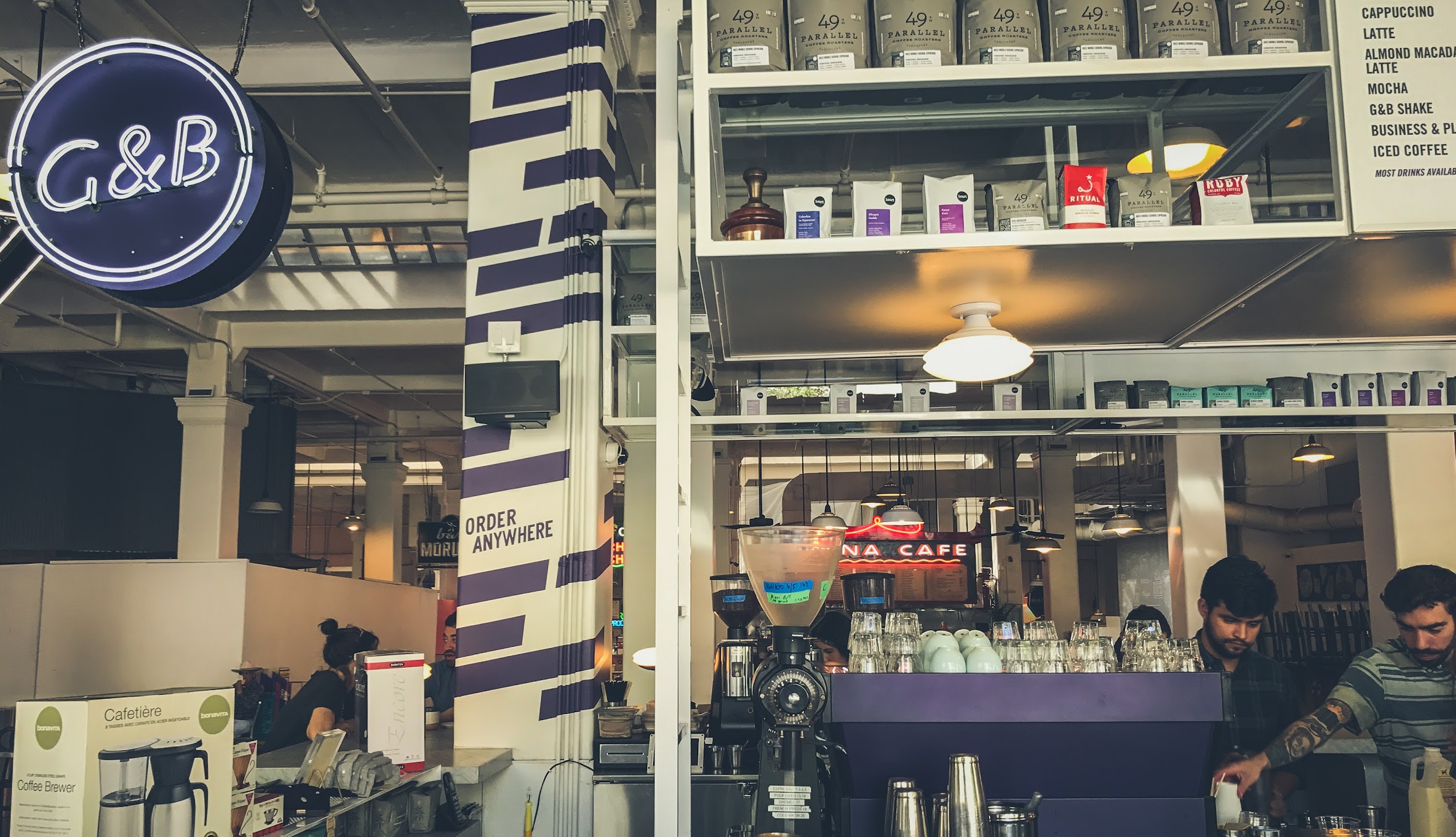 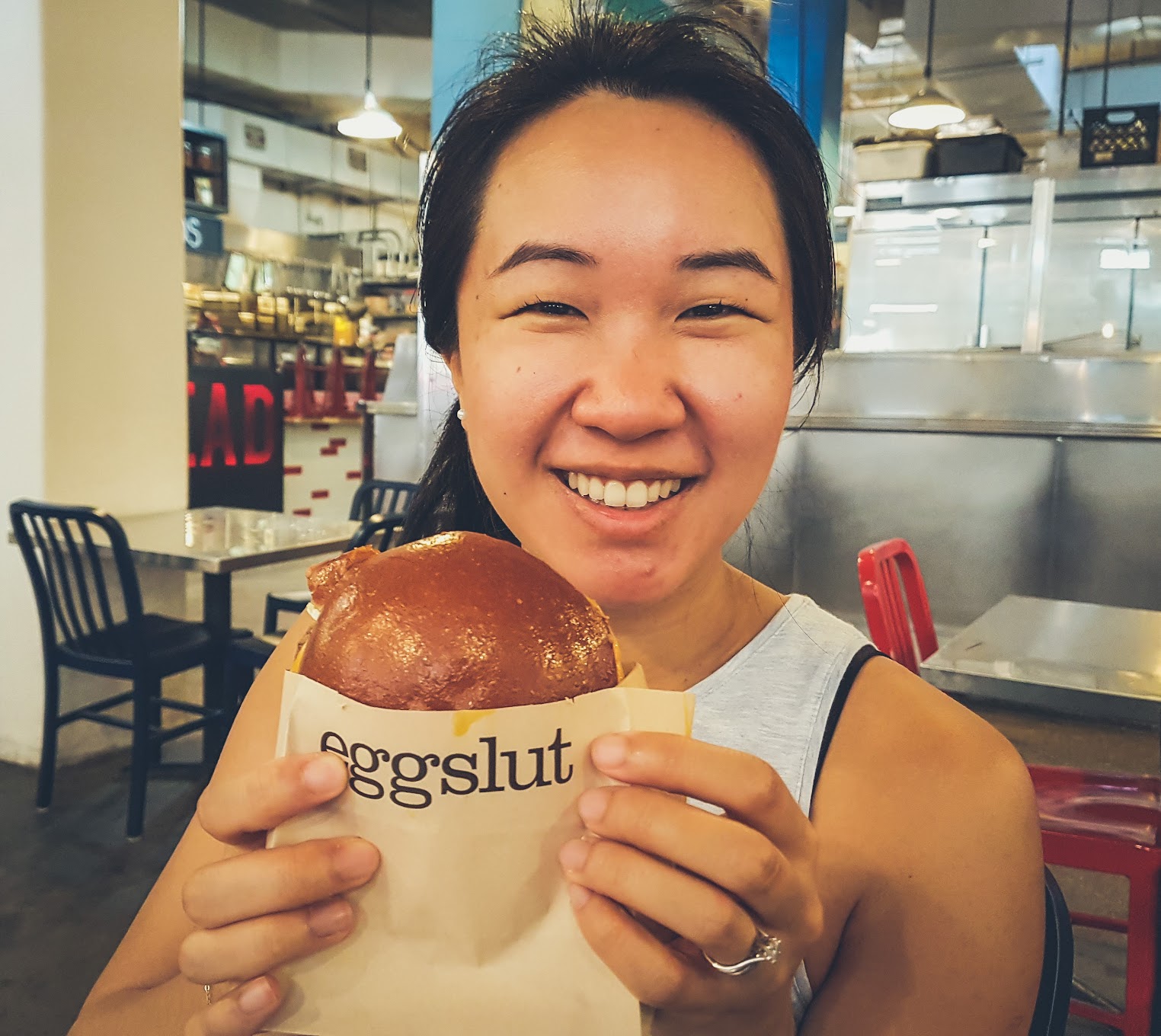 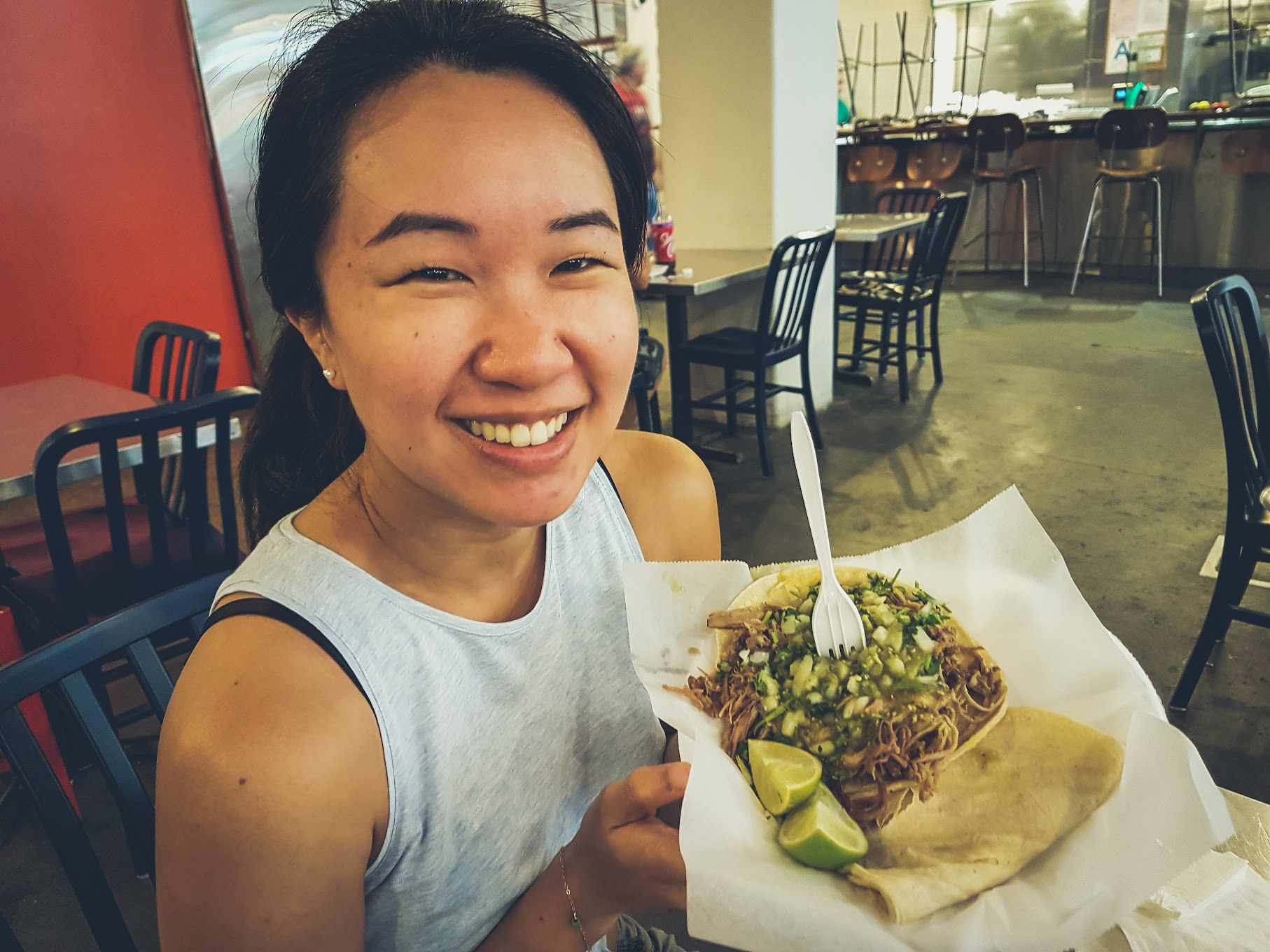 And that is a wrap for Southern California. After downing the last of our tacos at Grand Central Market, we hit the road and began our two-day drive up the Pacific Coast Highway. Yes, technically, parts of the drive take place in Southern California, but I’ll be covering the entire road trip in a separate post – maybe a couple of posts – and I think that more than deserves its own title. 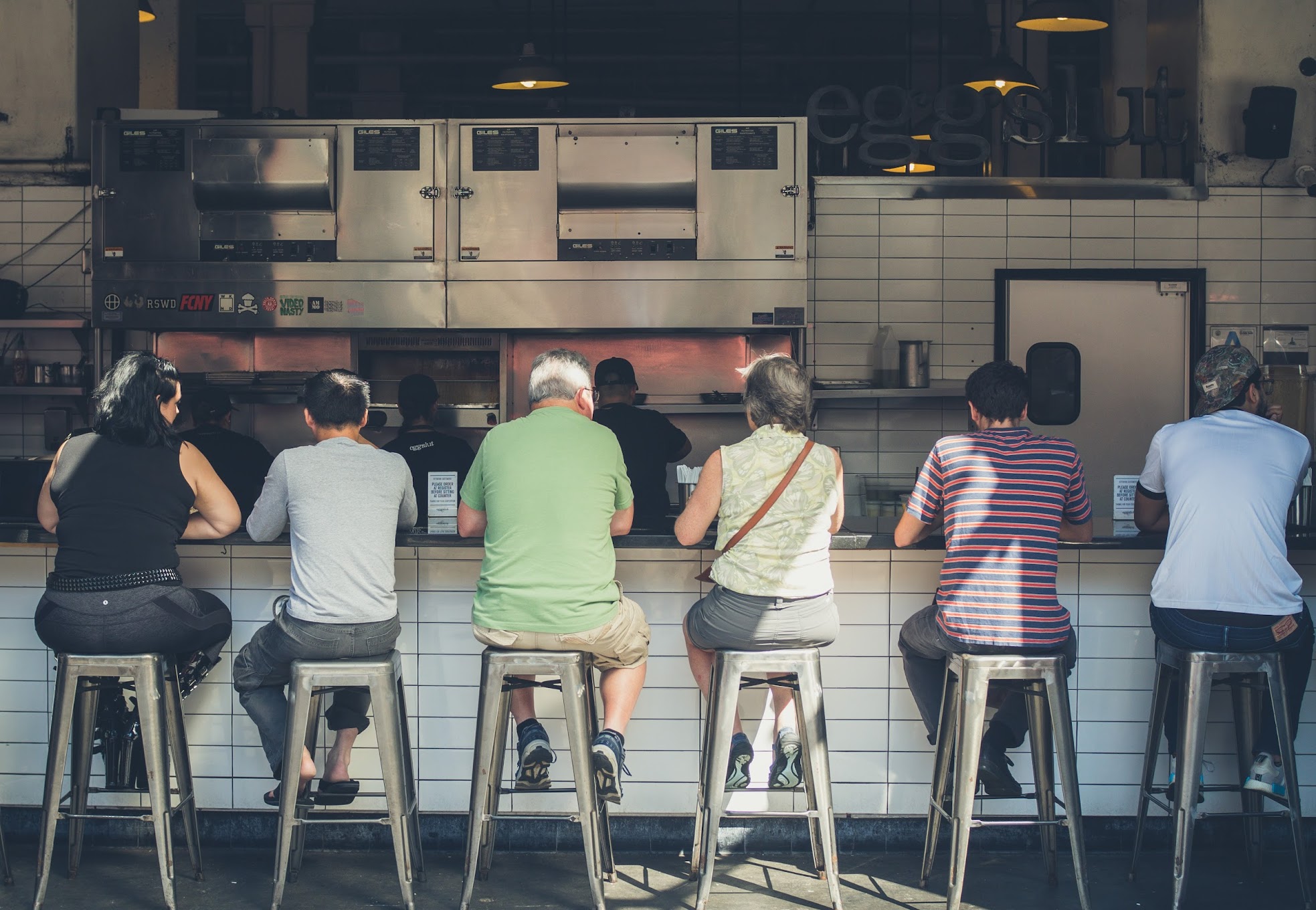