When California was Wild

On the other side of the Golden Gate, by the grey Pacific coast of Marin County, lies the valley of giants. Sunlight filters down through distant canopies, leafy crowns held aloft by towering columns of gnarled bark – living memories of when the world was younger. Once found in far greater numbers across the continent, these woods are one of the few remaining groves of the mighty coastal redwood in the Bay Area today.

Muir Woods National Monument was created in 1908 by then-president Theodore Roosevelt on land donated by California congressman and philanthropist William Kent. Kent insisted that the monument be named after famed naturalist John Muir, who dedicated his life towards the preservation of America’s wilderness, and the man credited with the establishment of the national parks system in the US. Muir was a prolific writer as well, churning out essays and articles on nature and theology – these were one and the same for him – and the title of this post is from his work.

It’s not hard to see how these two realms might have intertwined for him, if you’ve ever spent time inside these woods. The redwoods have a way of making you feel small, of shifting your perspective onto longer timeframes – you start to think that there are things in this world much, much bigger than your own tiny frame of reference. Most of the trees here predate Columbus, and the oldest was around when Charlemagne was crowned the first emperor in Europe since the fall of the Western Roman Empire. All of modern Western history lies between us and the Franks of the 9th Century, and yet it can be measured with a single tree, happily growing and flowering in a misty valley halfway around the world.

For Ashley and I, this was one of our favourite days in California. The main walking path is named after Redwood Creek, a small stream cutting through the valley floor. There are four bridges across the creek that connect the Redwood Creek Trail with the Hillside Trail and the Bohemian Grove Trail on the other side of the valley. Other trails splinter off heading deeper into the coastal hills, but Ashley and I stuck to the Redwood Creek-Hillside-Bohemian Grove loop.

It doesn’t take very long to do that particular circuit, so we were able to take our time without worrying about missing out on anything. It didn’t seem right to rush through these woods, either – if anything, Muir Woods is a testament to the power of time. There are no adventure-like activities here, no zip-lining or mountain biking – the redwoods are the park, and nothing else really measures up.

To get to the park, Ashley and I drove to Sausalito and took the Muir Woods Shuttle the rest of the way. The pick-up location is by the Sausalito Visitor Information Kiosk on the corner of Bridgeway and Bay Street, though the shuttle only runs during the summer. You pay for the shuttle at the ticket counter in the park (after disembarking), and you need to tell them whether you will be taking the shuttle back into town. Muir Woods opens later in the summer, but the last shuttle leaves quite a bit before closing, so that needs to be taken into consideration as well. 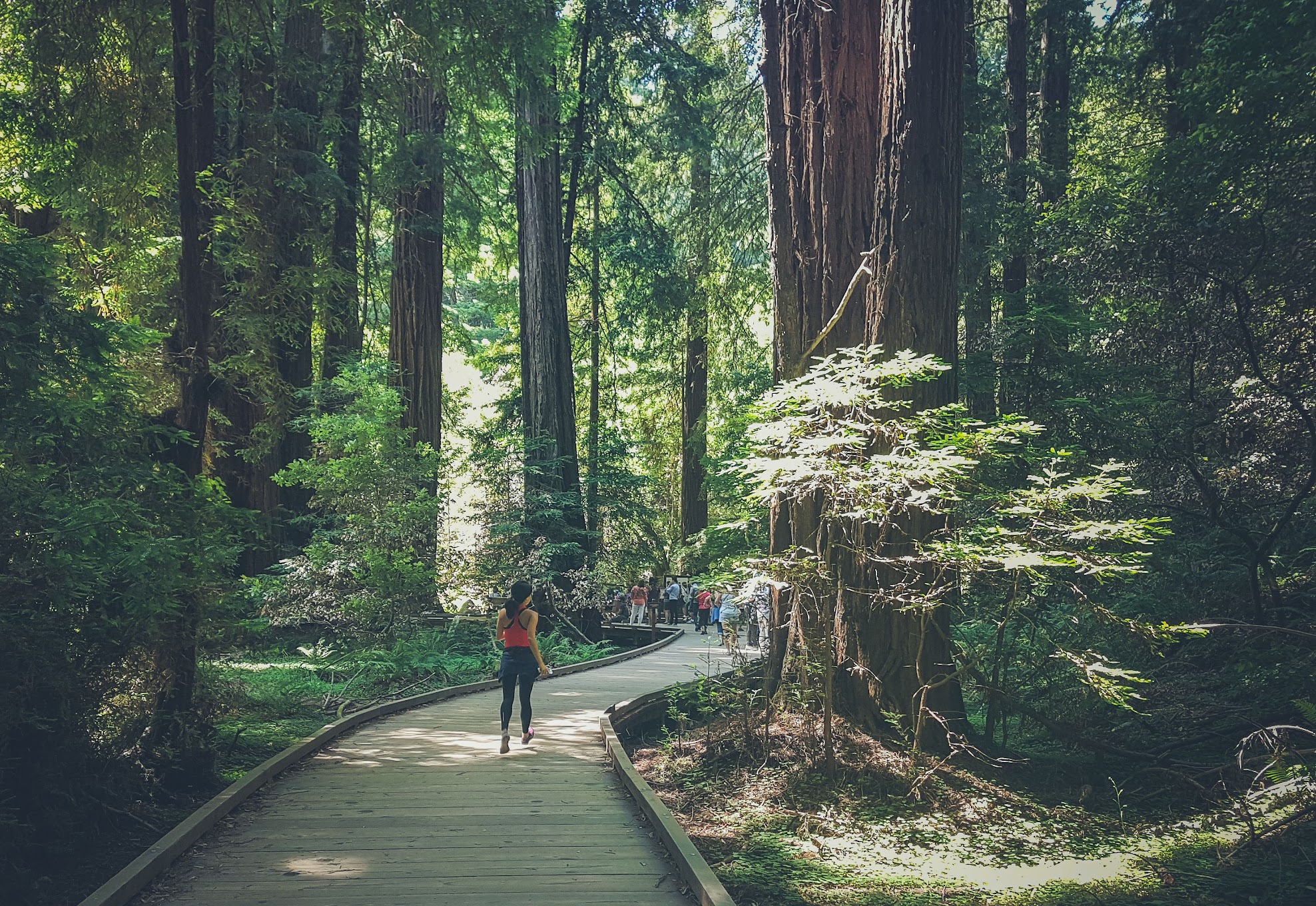 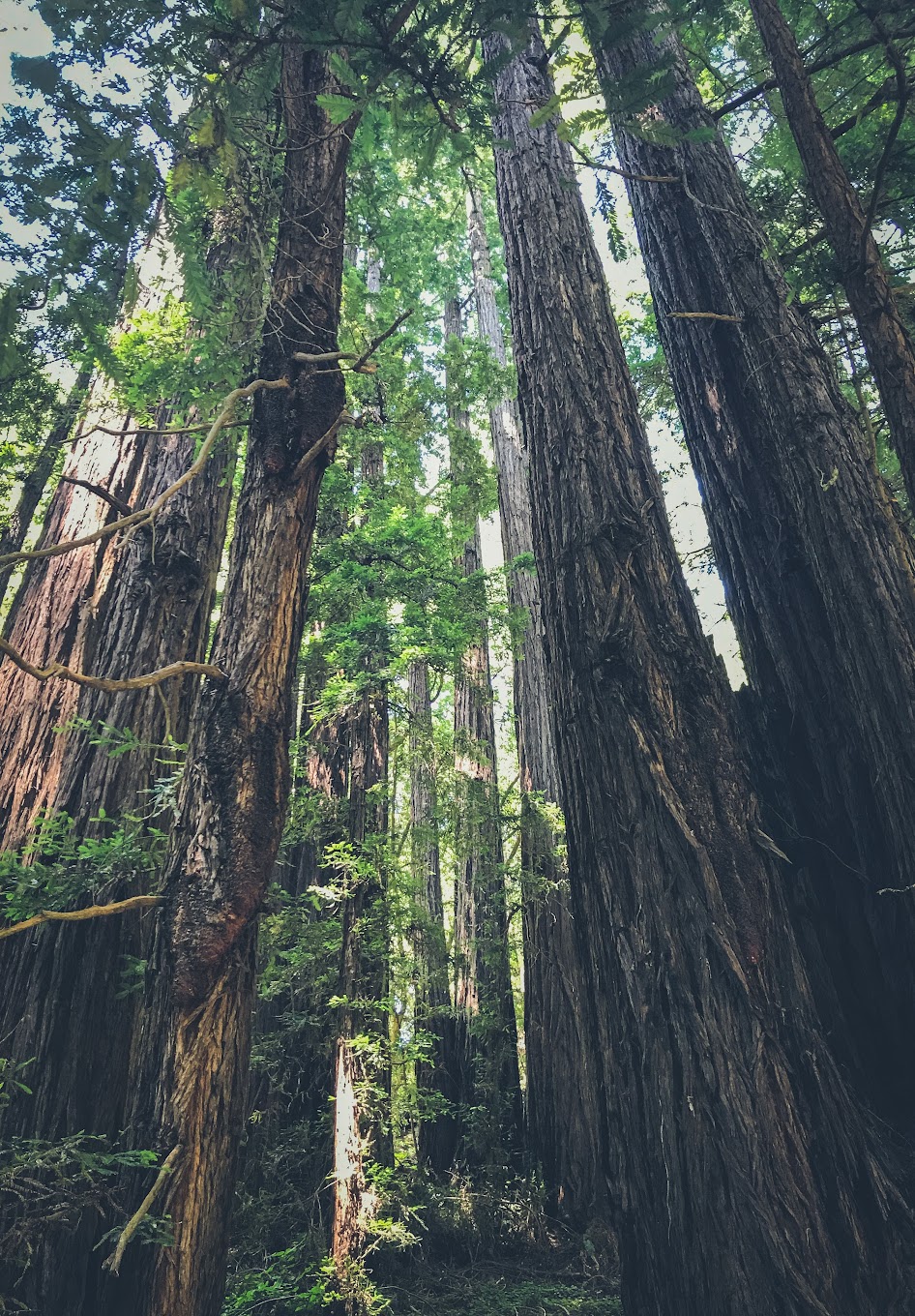 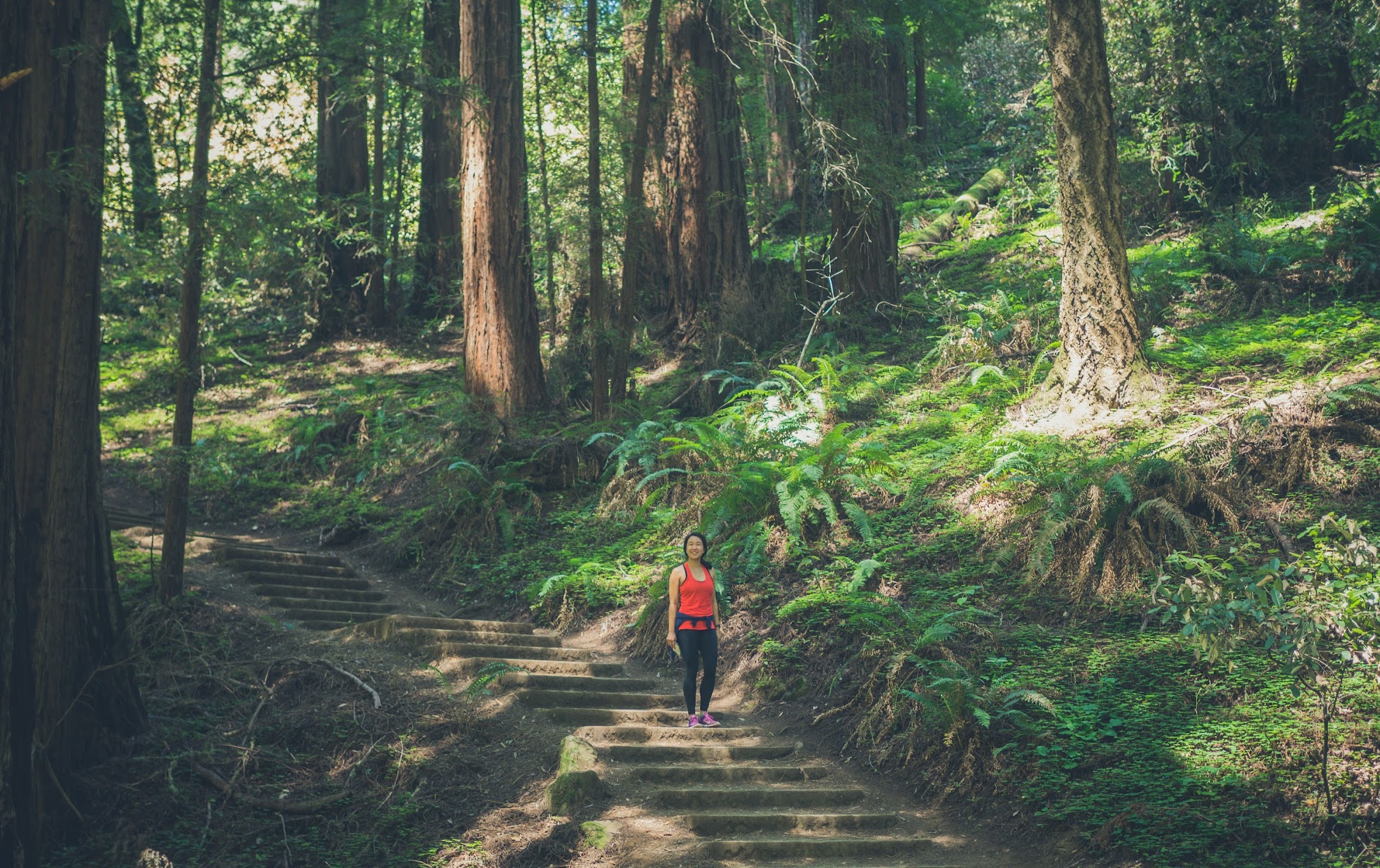 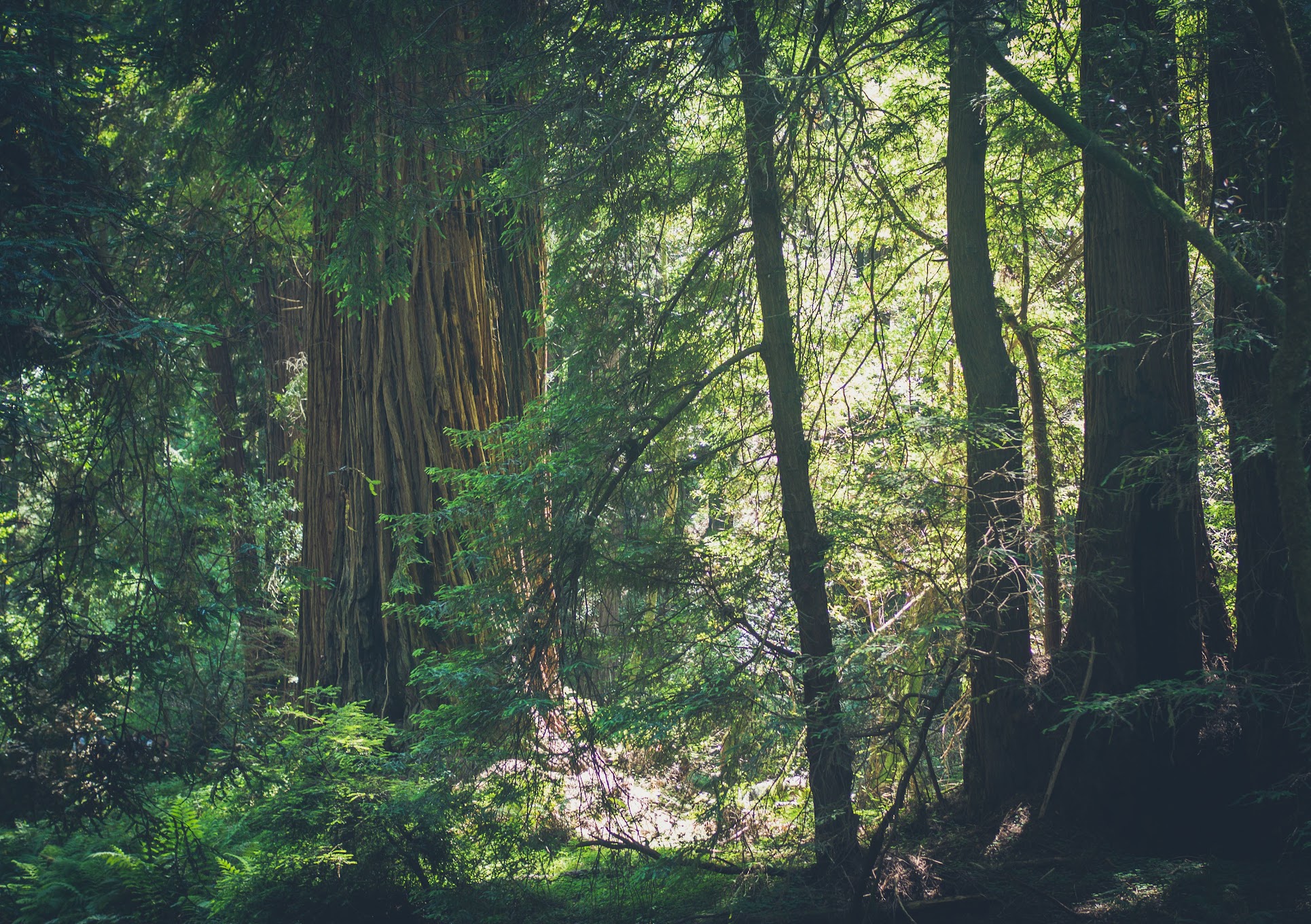 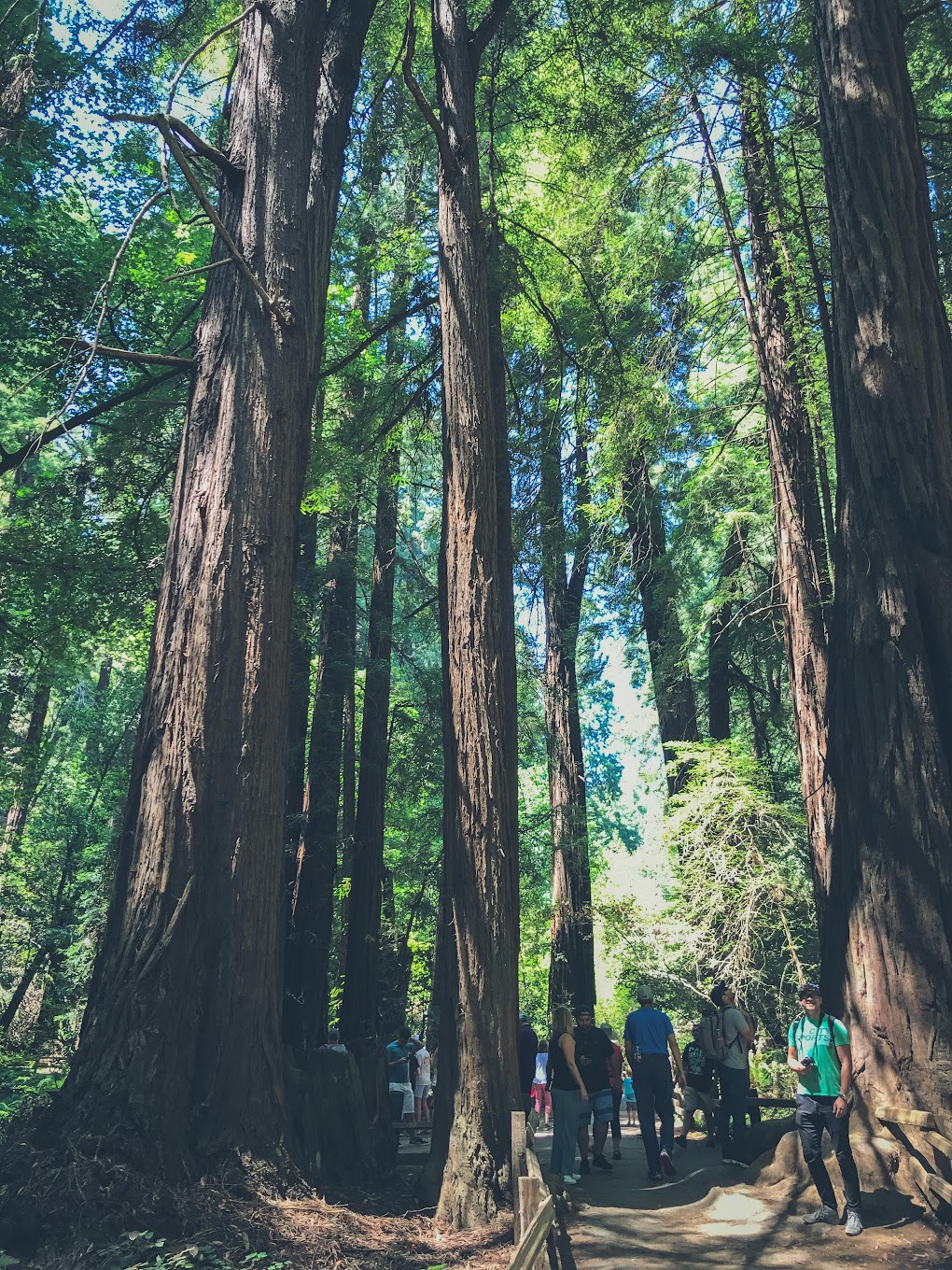 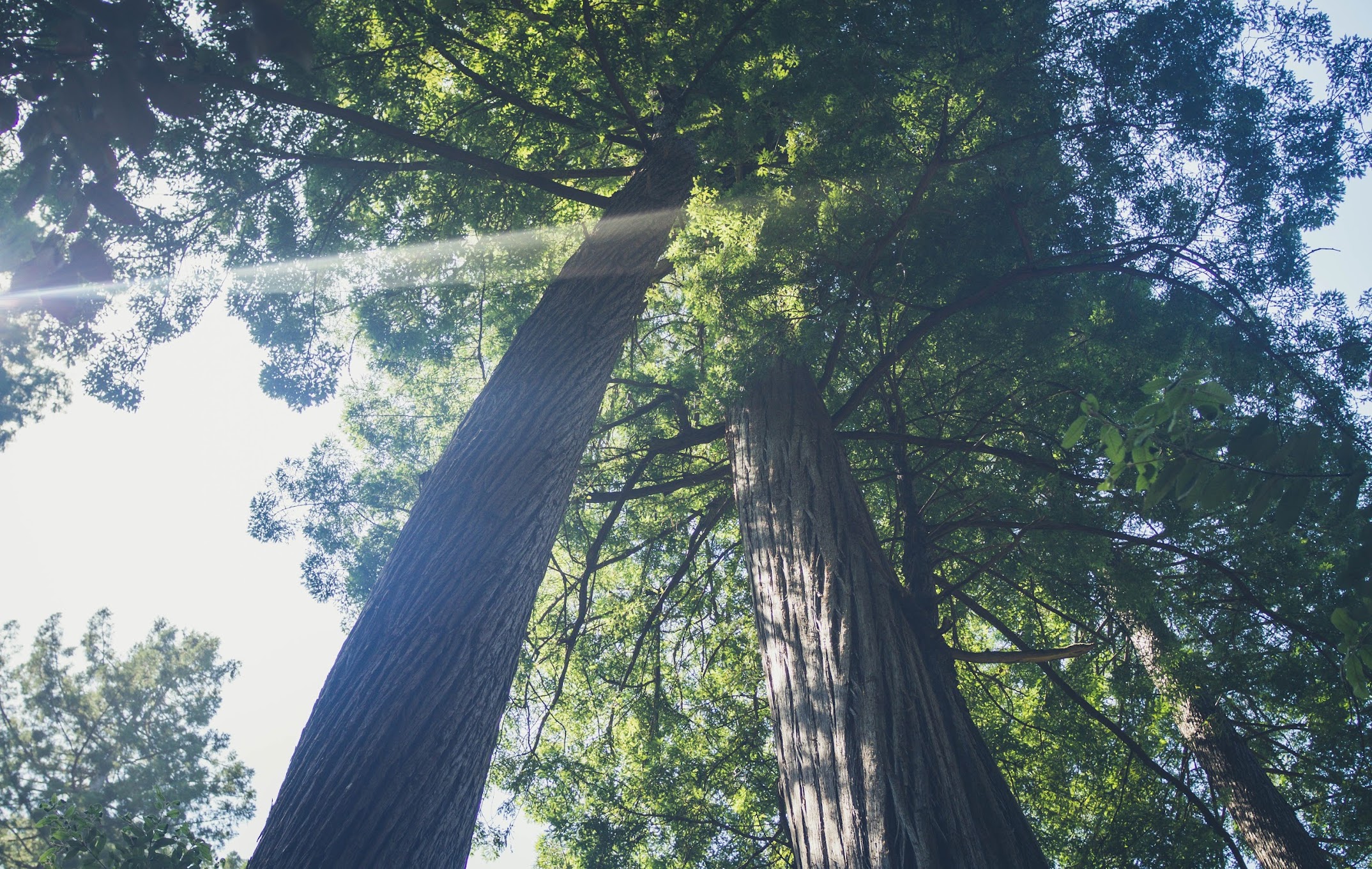 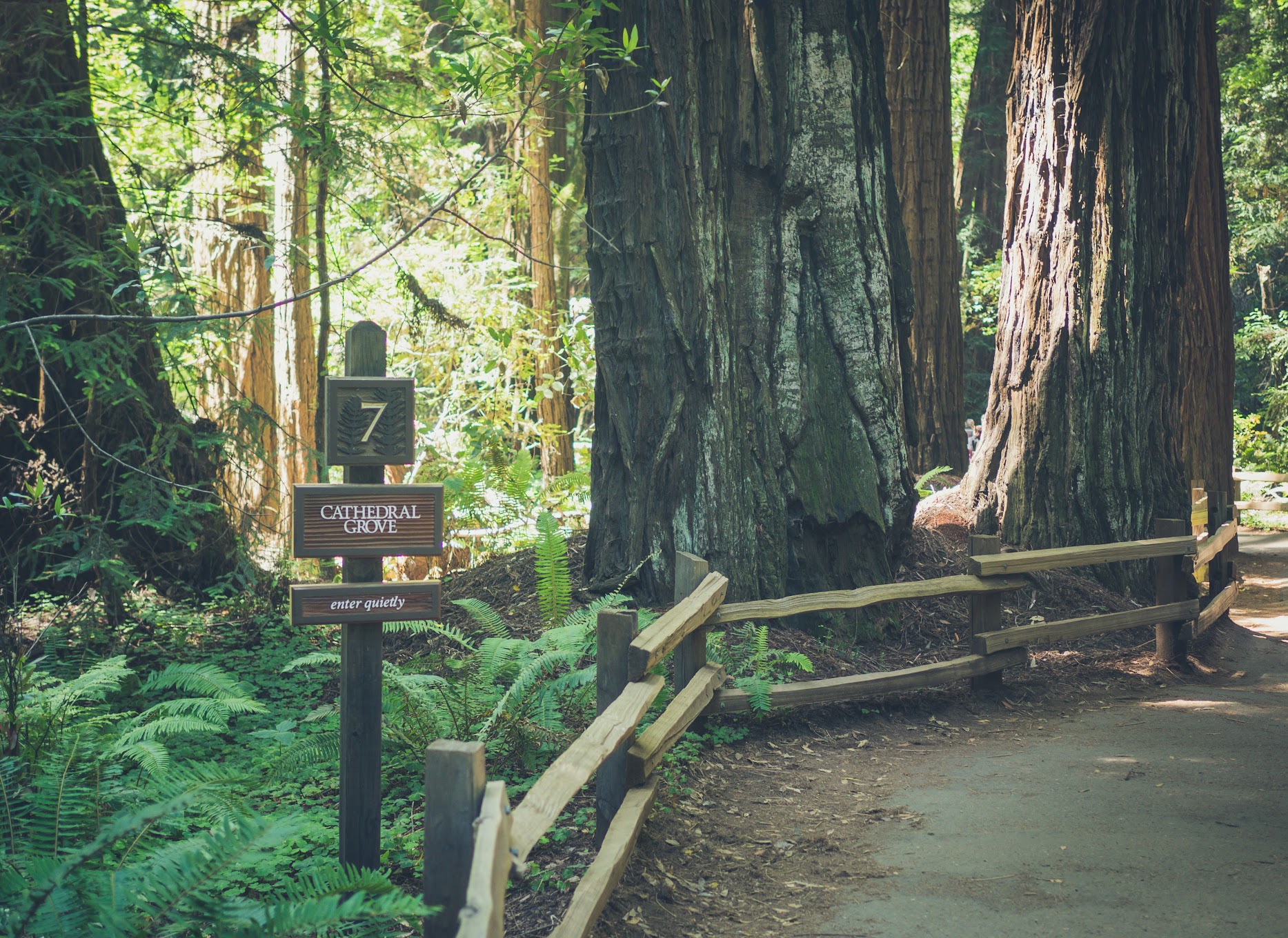 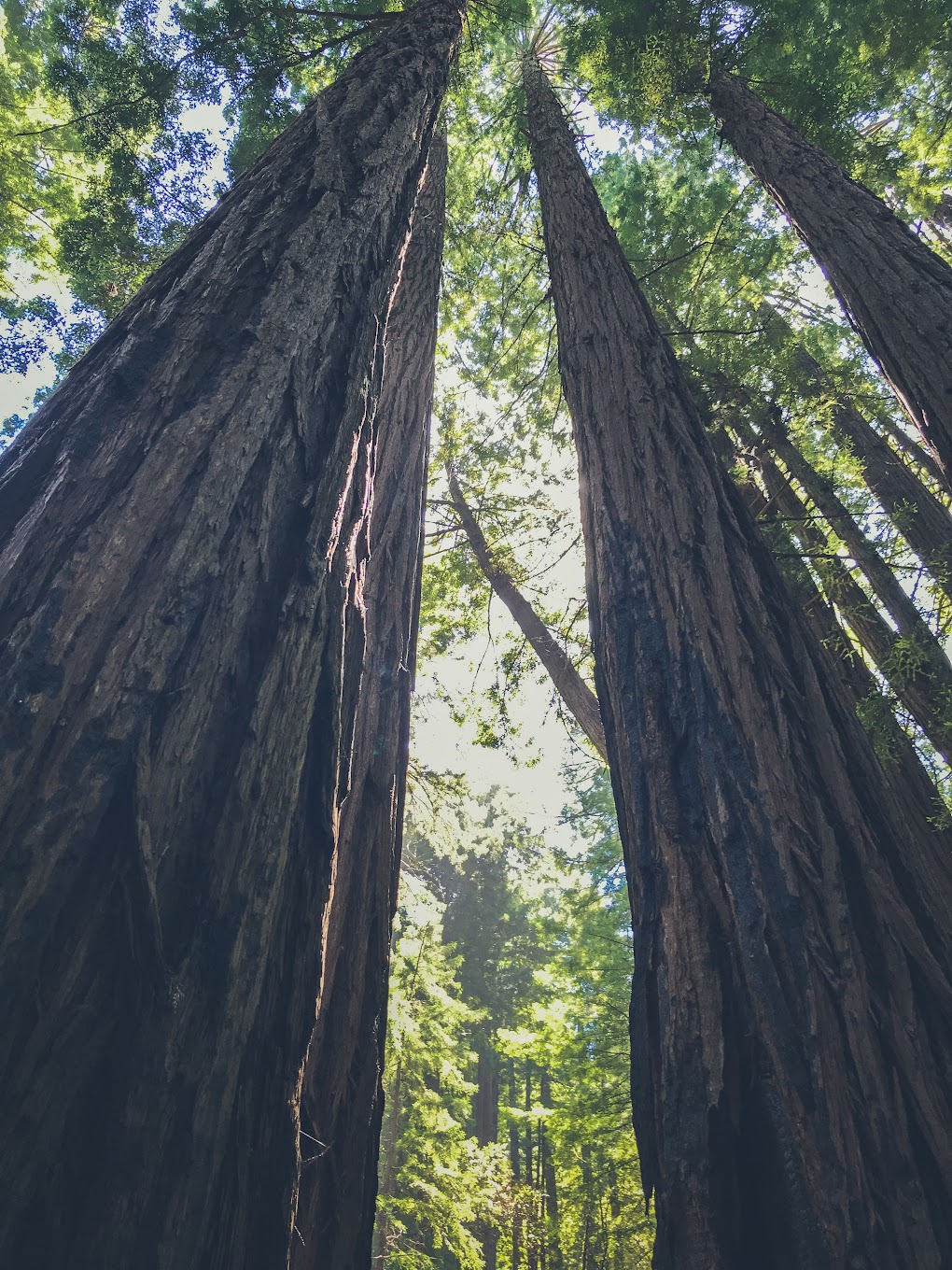 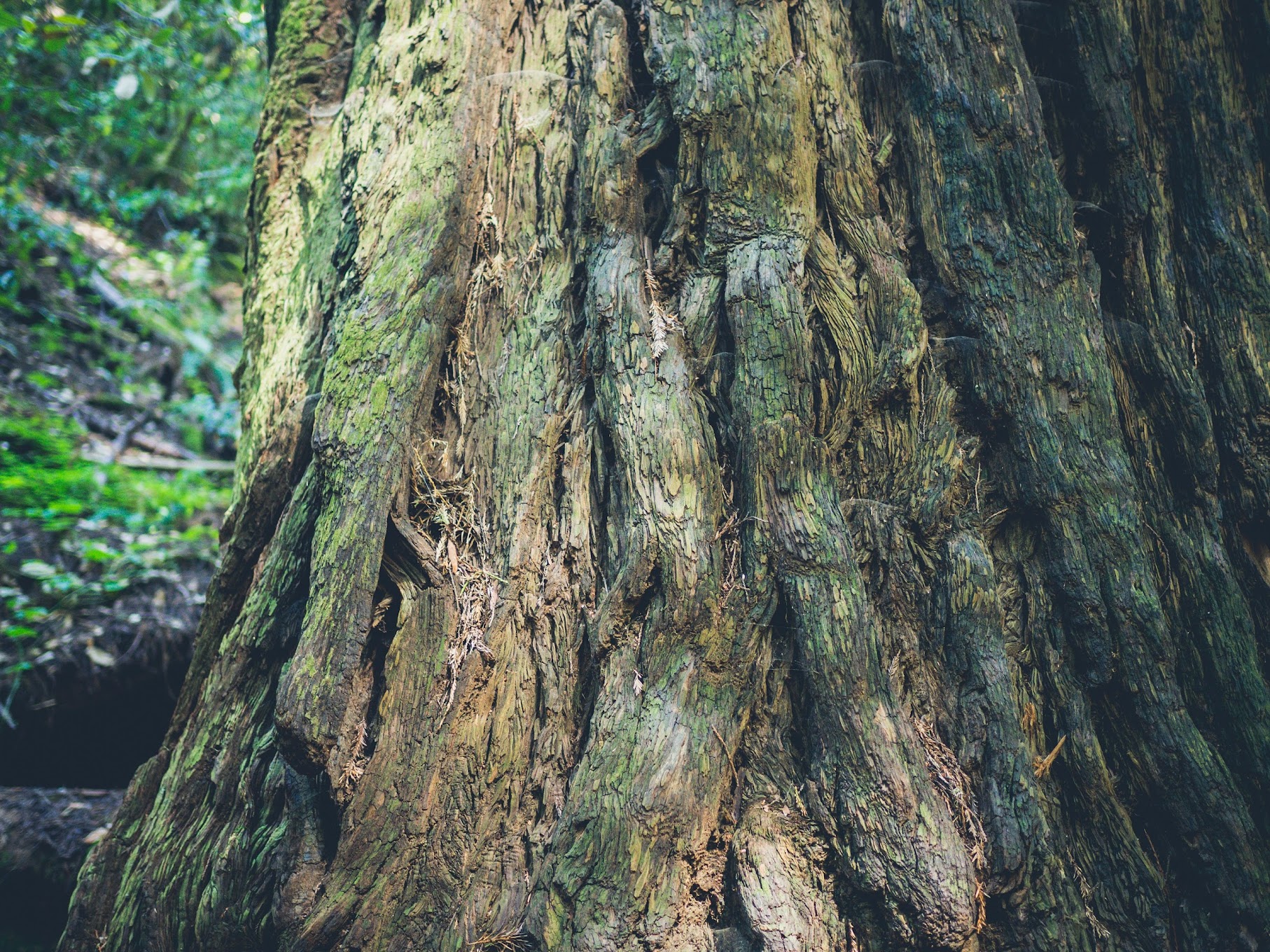 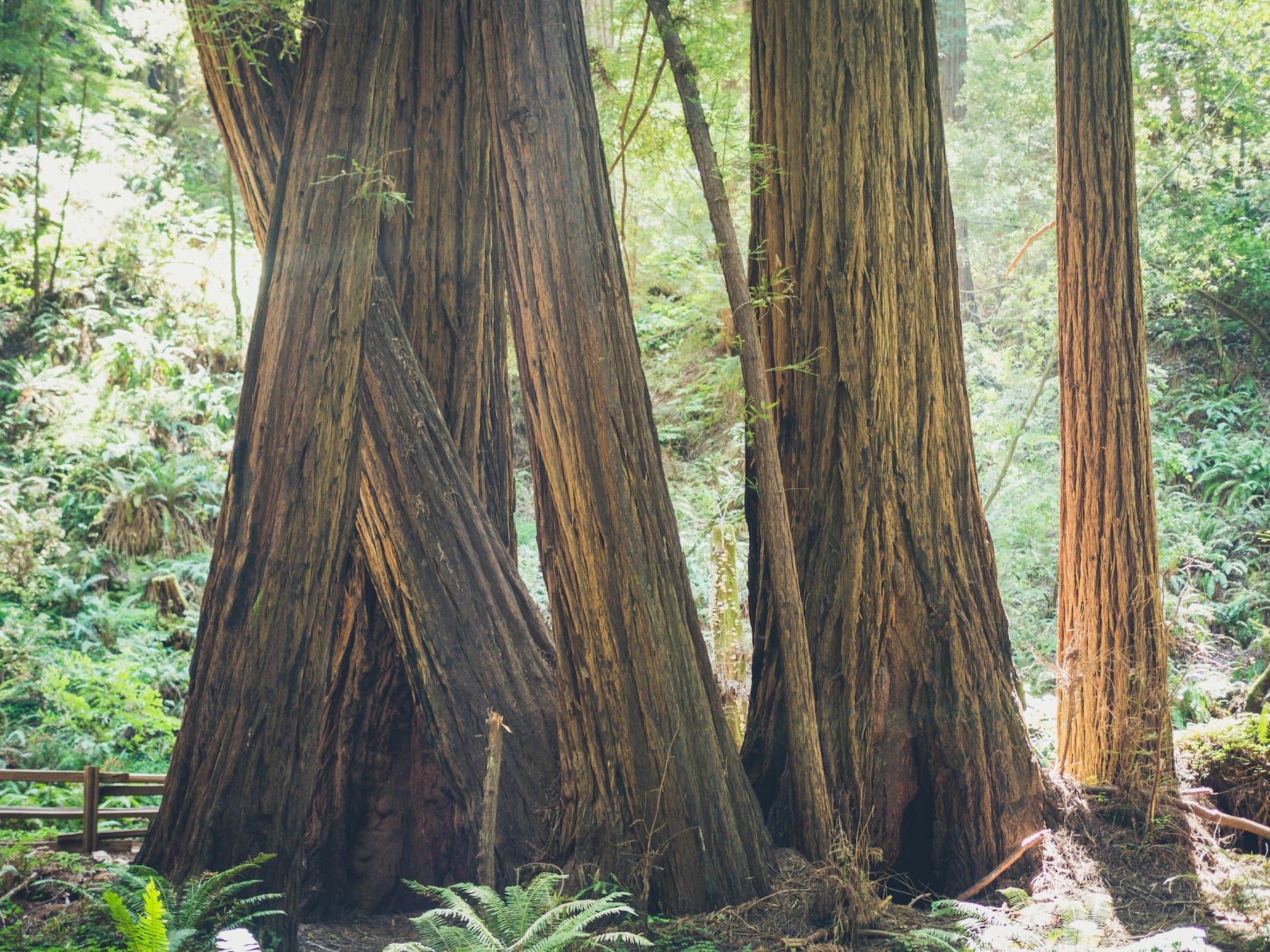 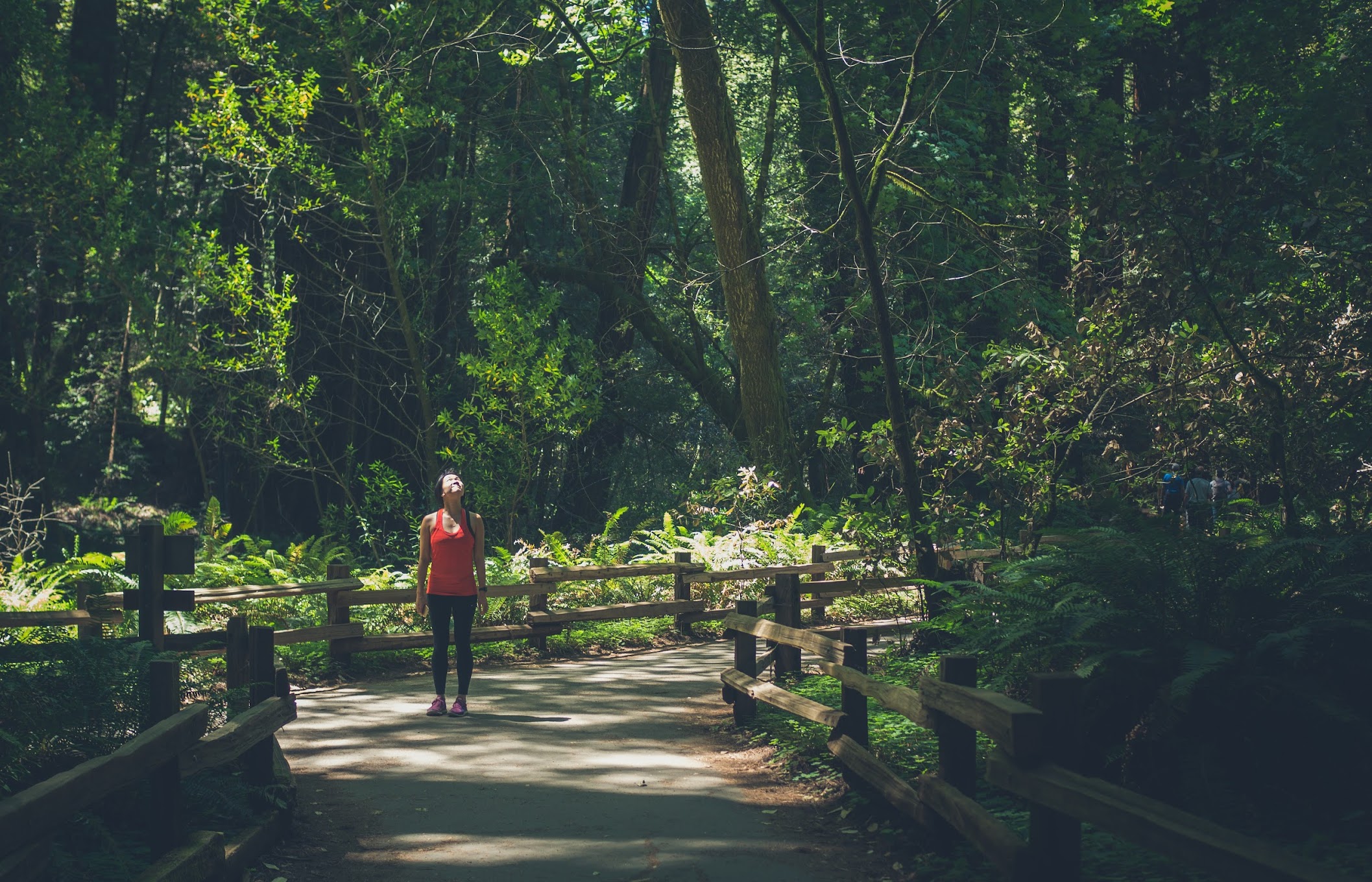 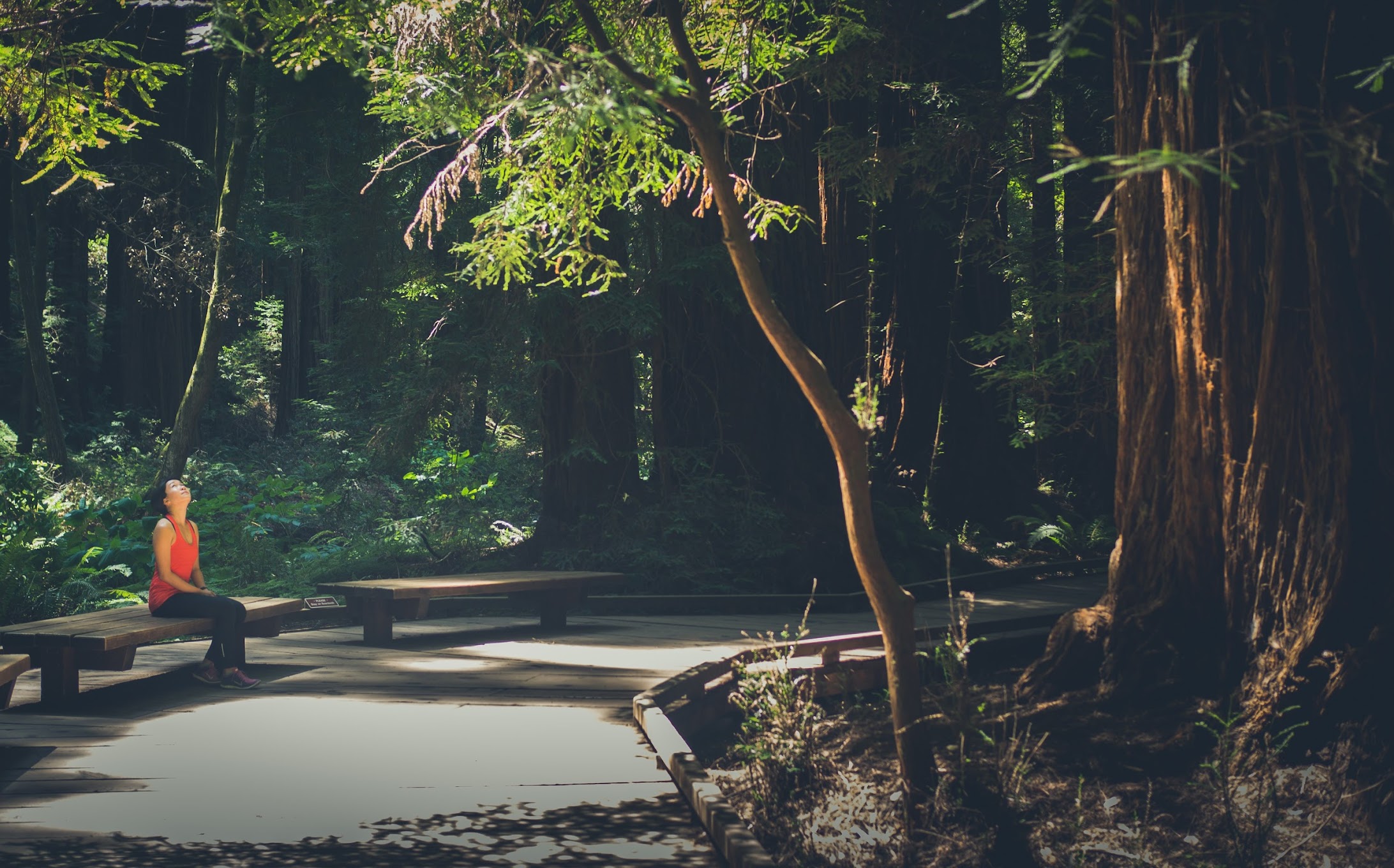 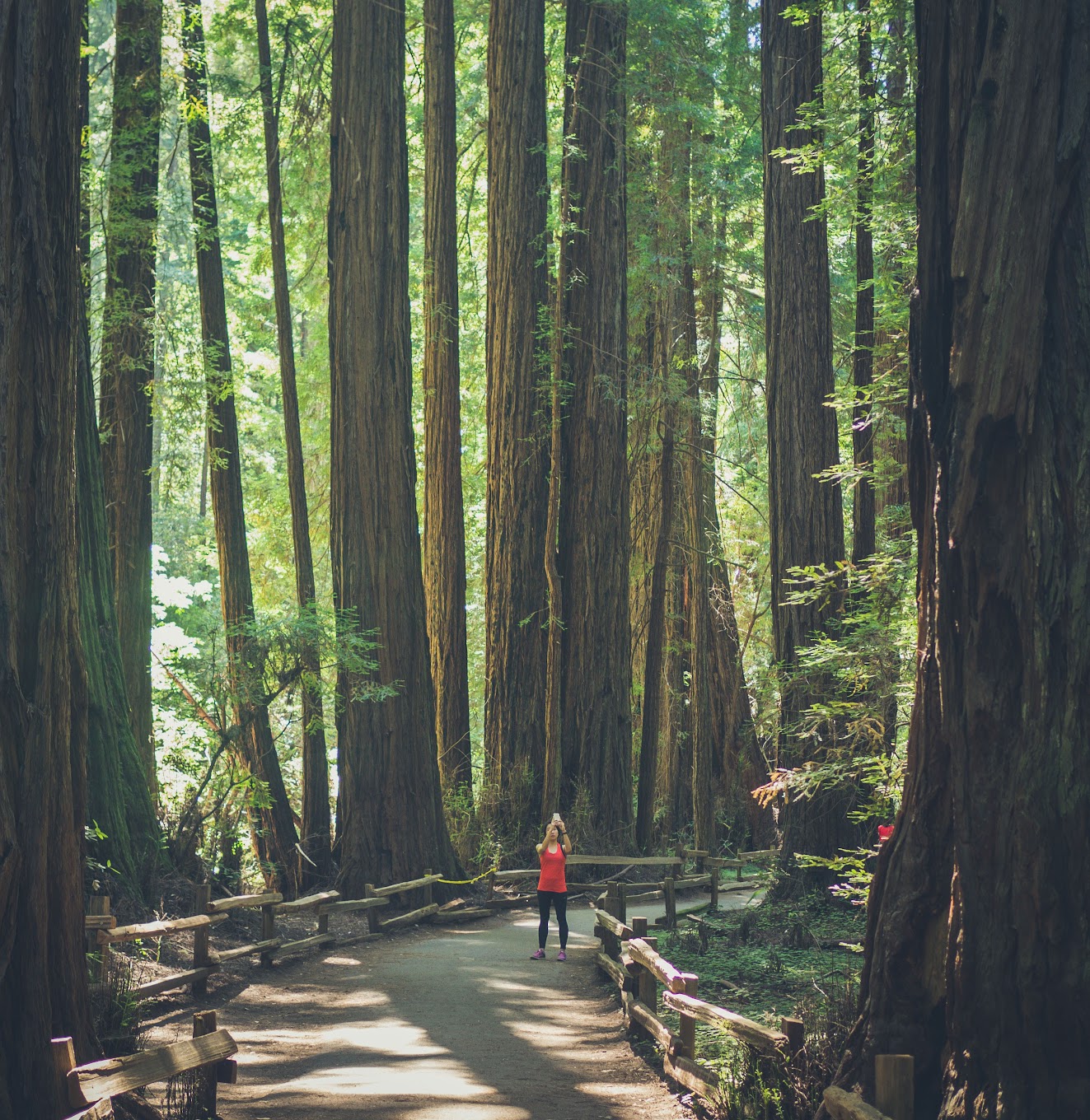 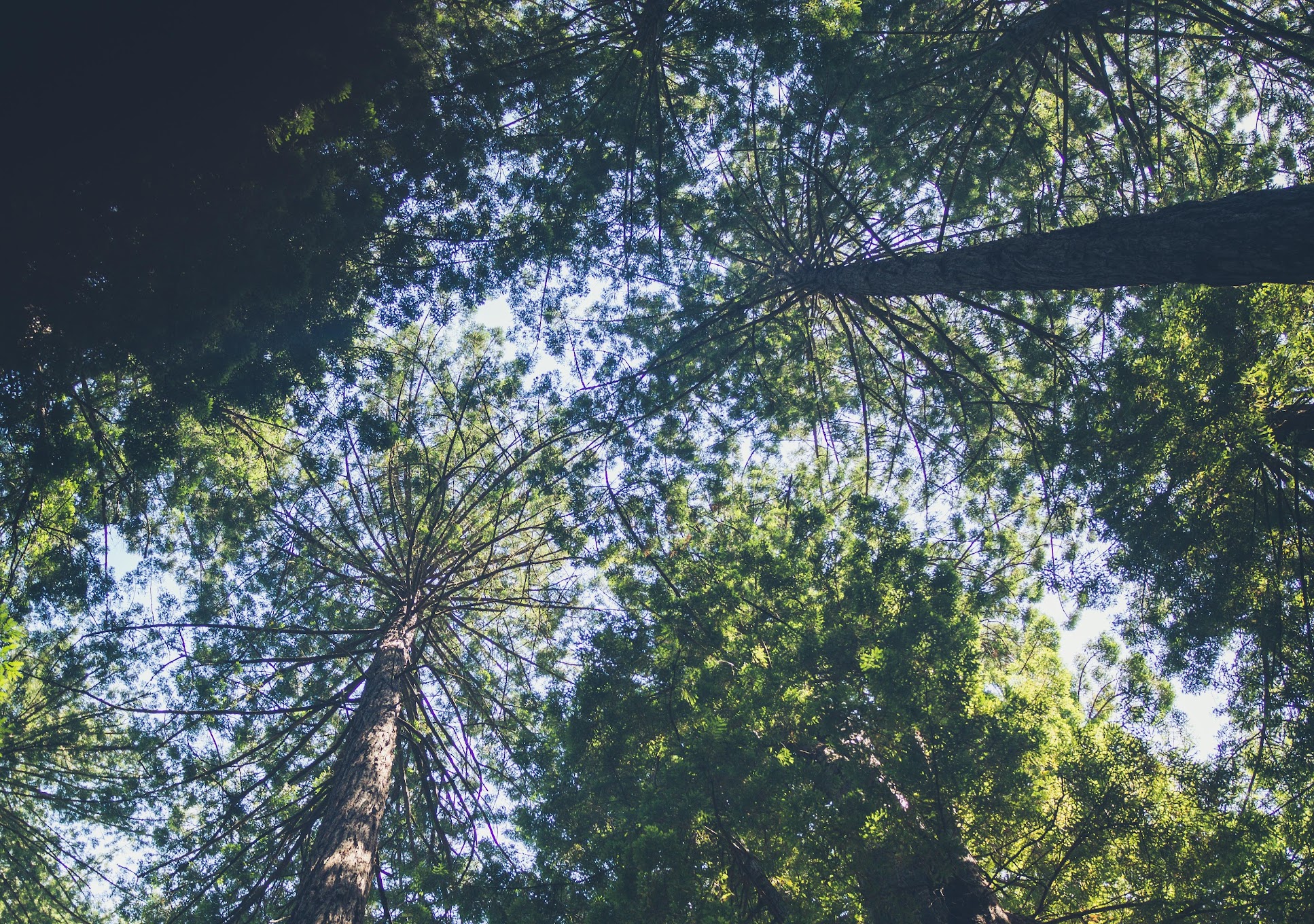 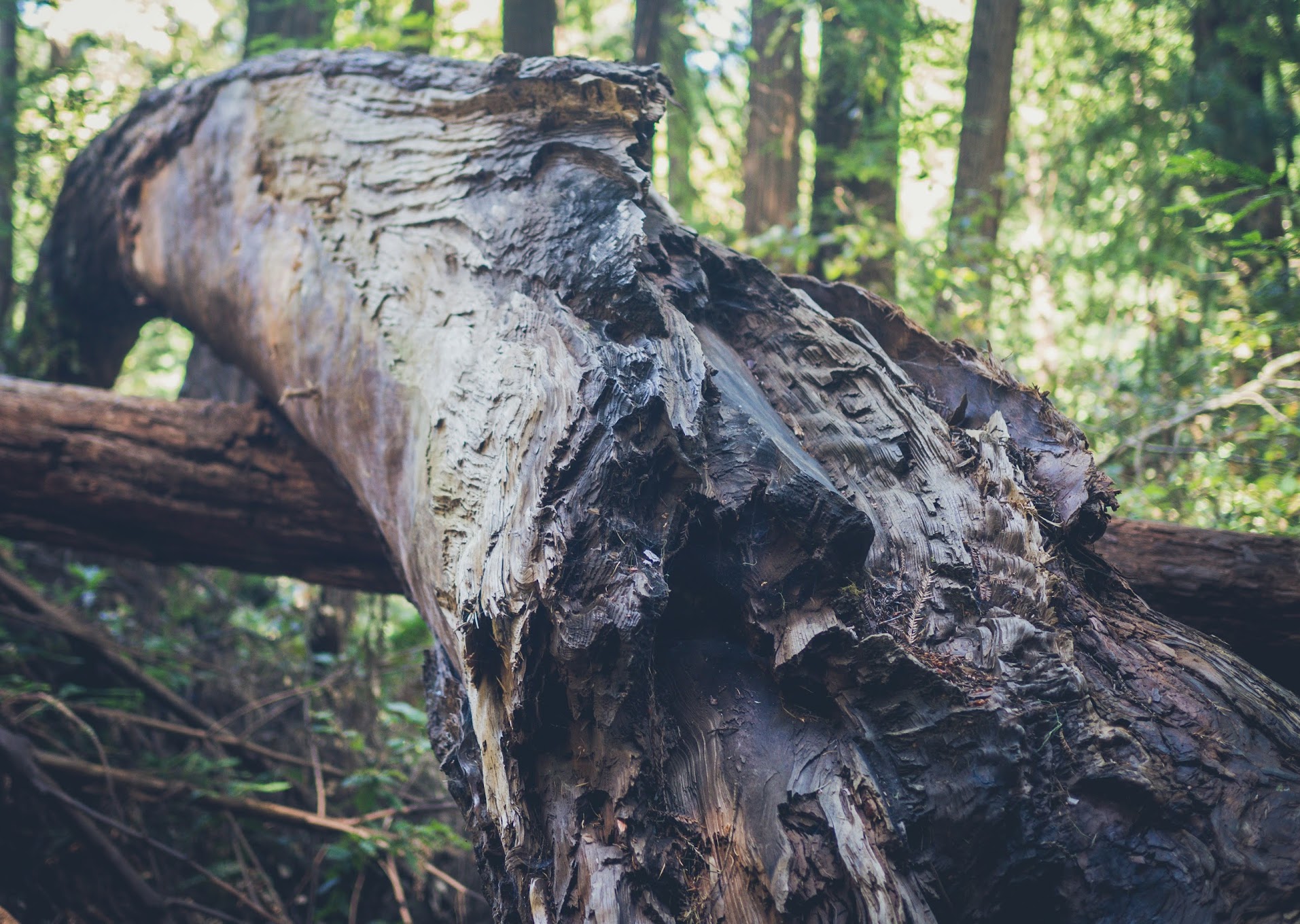 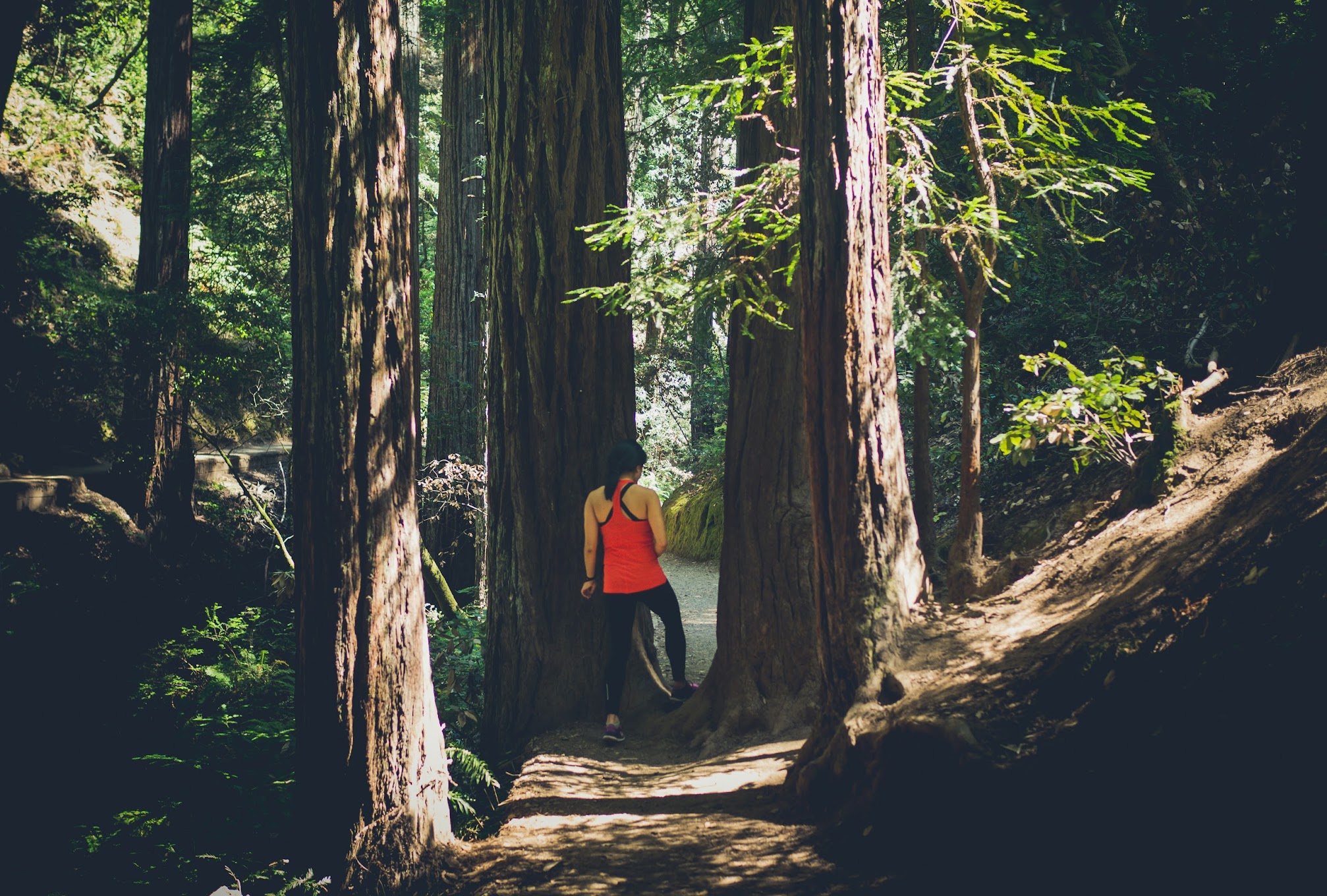 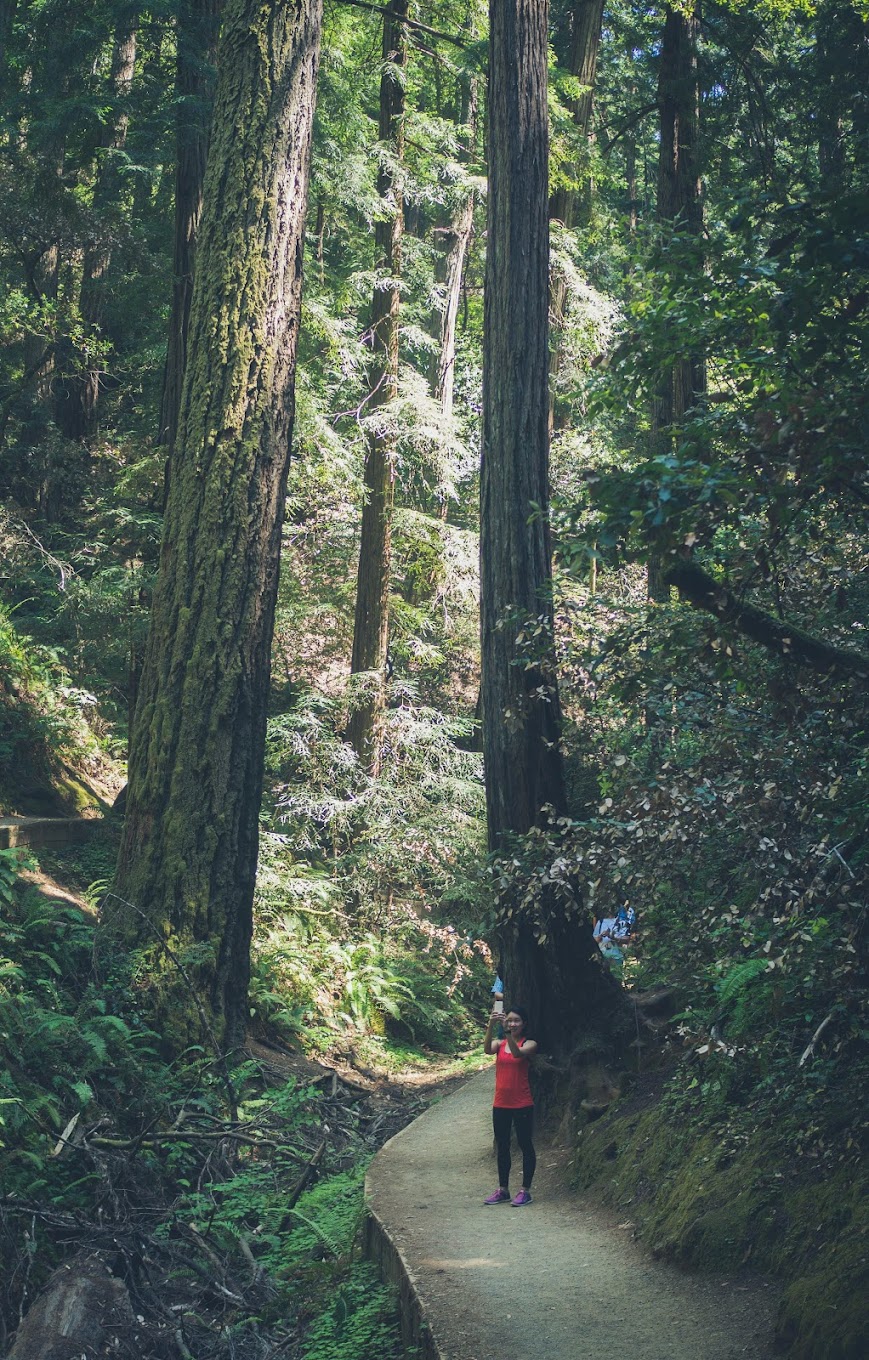 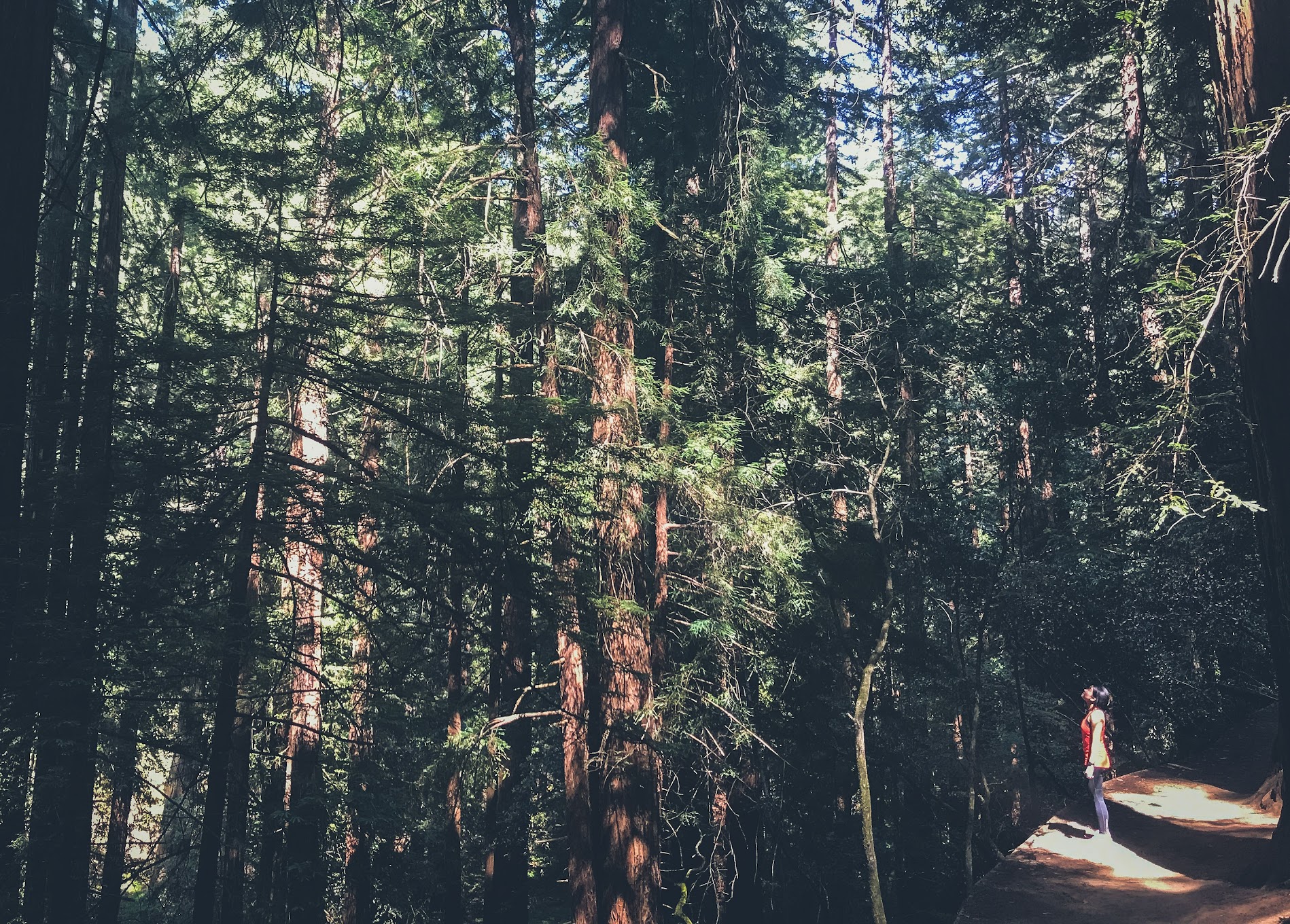 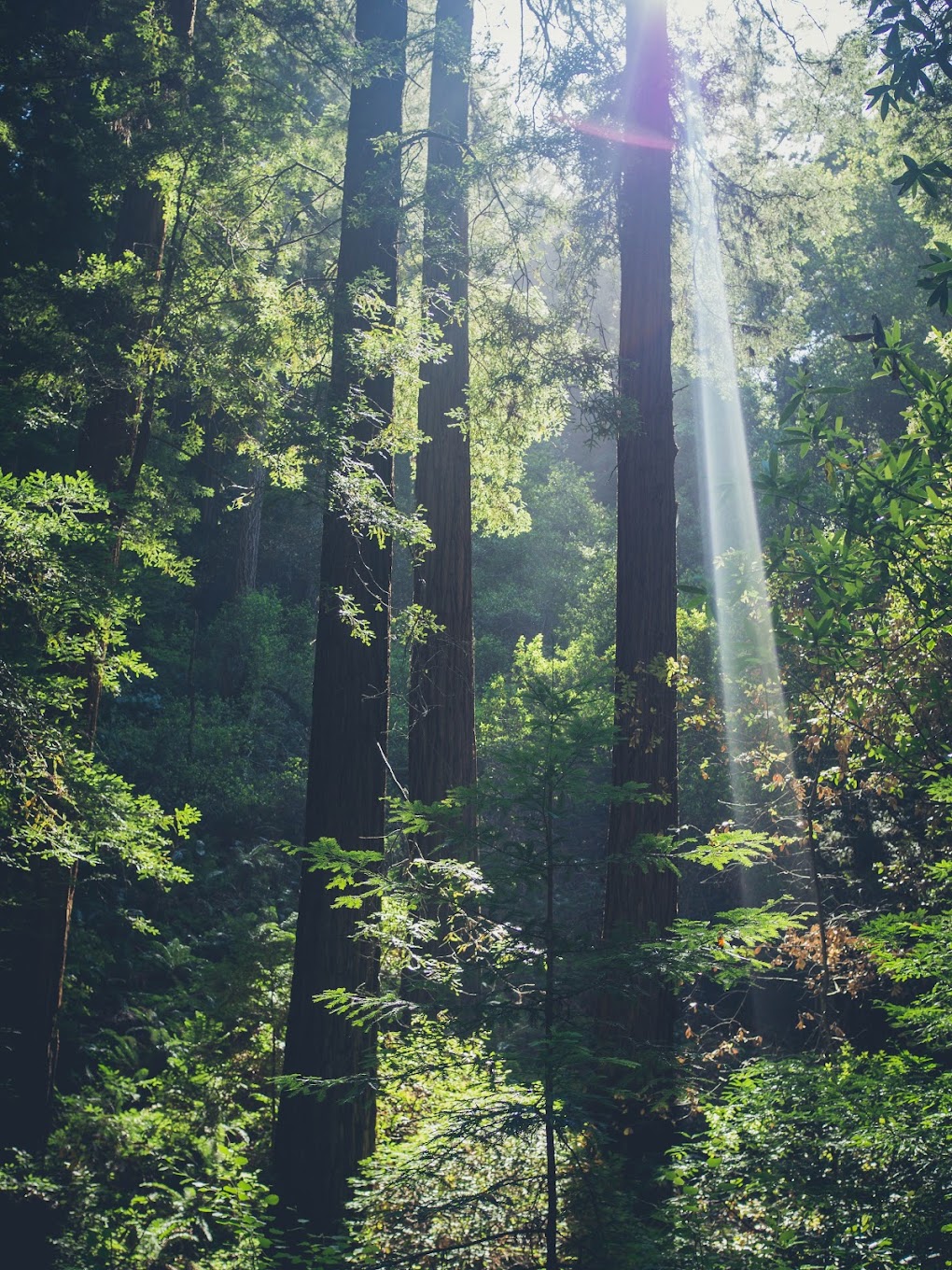 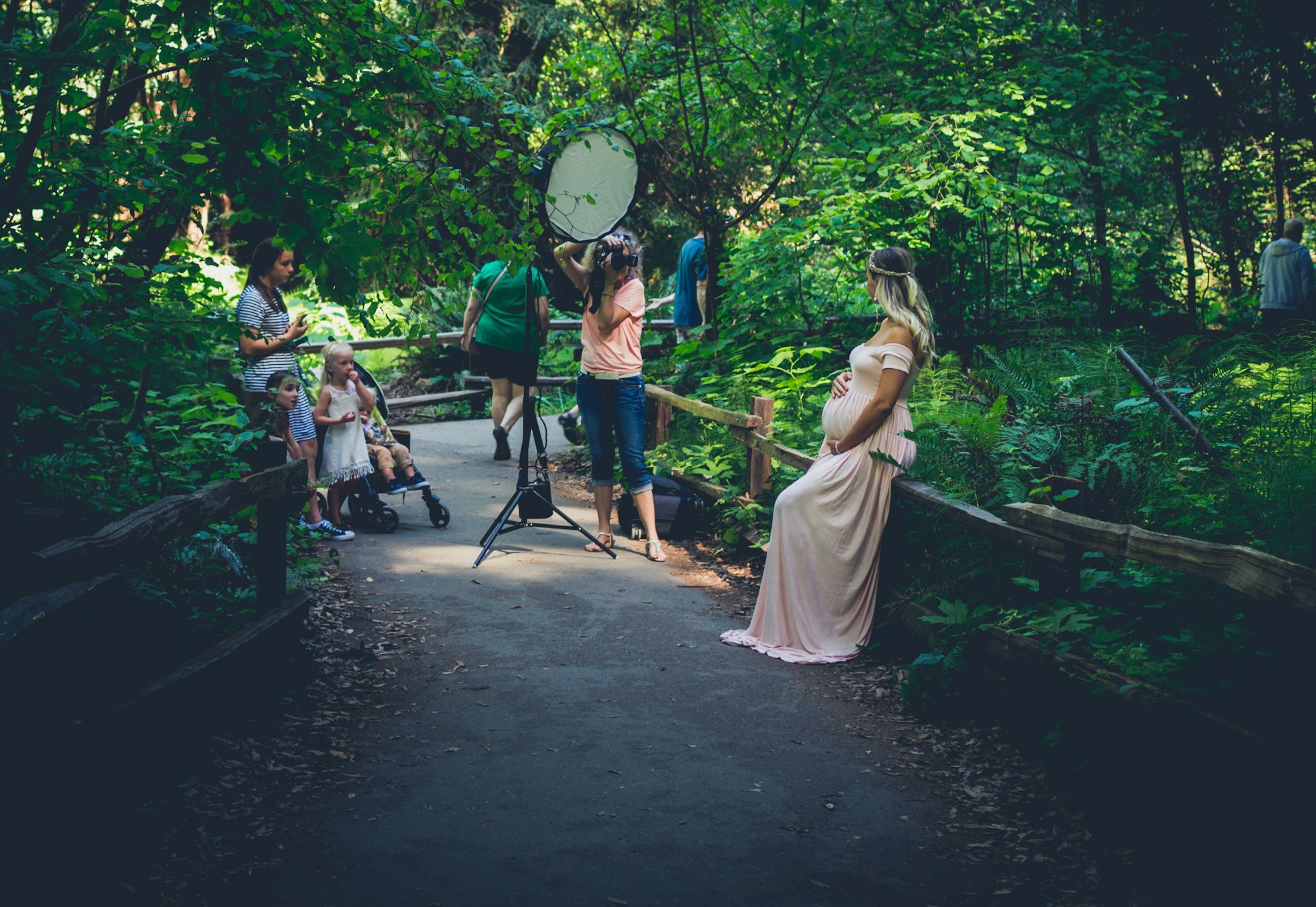 That evening, we met up with our friend Lydia and her boyfriend Gene for food trucks and Mexican food in San Leandro, a Bay Area suburb across the bay from San Francisco. Lydia had lived and worked in Hong Kong for a few years before moving back to California four years ago, demonstrating a hard truth about the city Ashley and I still call home. For better or worse, Hong Kong is a city of transients – people come here from all over the world, making for a fun and exciting international community. Then, just as quickly, they move on – back home, or to their next international assignment, or to settle down in another country with someone else. You have to get used to saying goodbyes when living in Hong Kong. The silver lining is you end up having friends all over the world, and you can look forward to reunions like the one we had with Lydia in a parking lot of an office park in San Leandro.

After Muir Woods, our holiday was pretty much complete. We had one more full day, which we spent shopping for mundane, household items that are wildly overpriced in Hong Kong. Ashley’s relatives took us out for one last dinner together – their hospitality really was so key to our time in California – before we packed up our things and headed off to San Francisco International Airport to catch our evening flight back home. A week later, I was back in an office, starting a journalism internship with a finance publication, with no more traveling to look forward to until the end of summer. 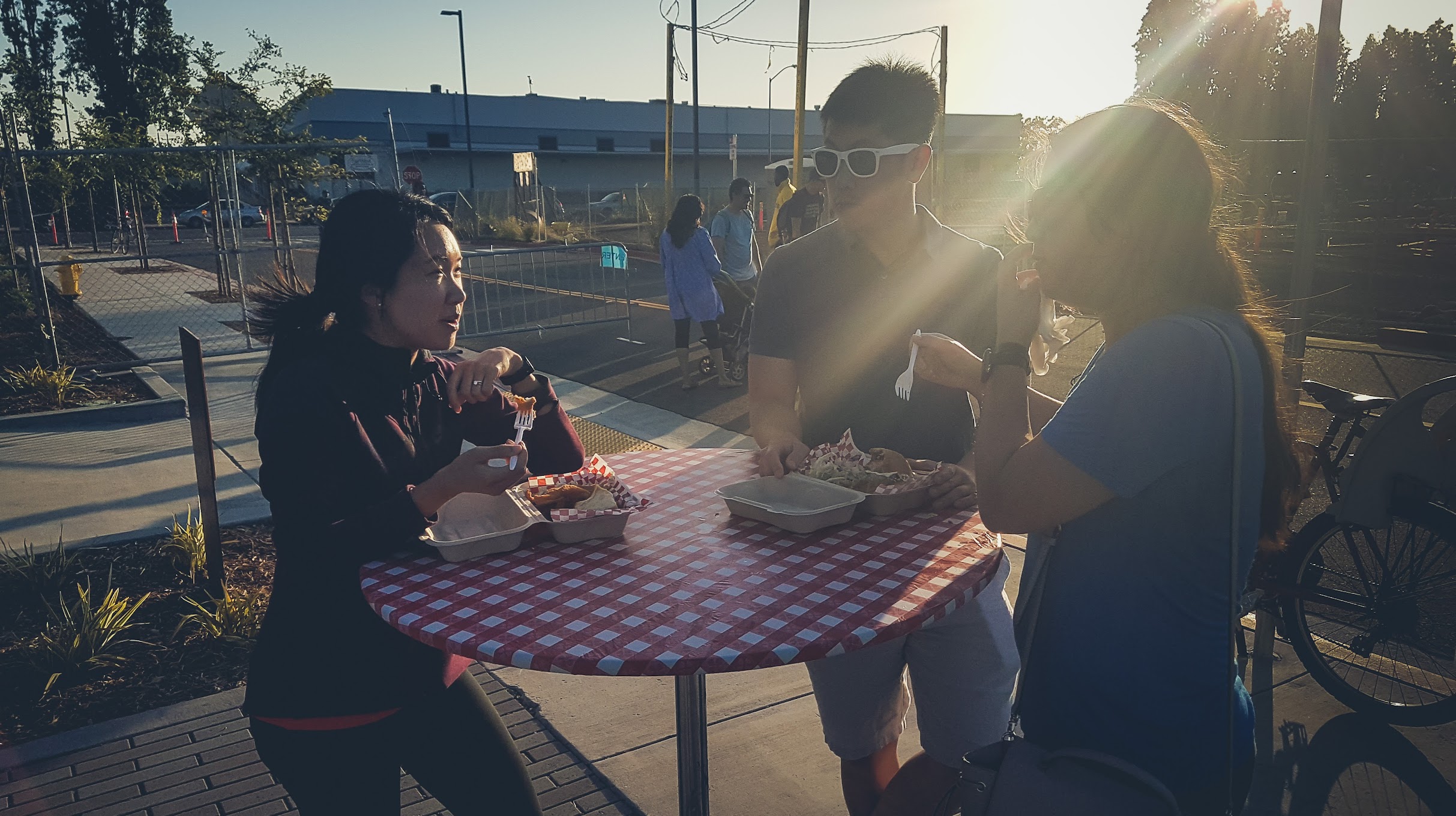