The City by the Bay

The morning fog crept in and rolled over the green Santa Cruz Mountains, the rocky spine of the San Francisco Peninsula, as we crossed over the San Mateo Bridge and turned onto scenic Junipero Serra Freeway. It was all blue skies and sunshine when we left Fremont earlier that morning, but the Bay Area has a climate system all its own. Ashley’s aunt and uncle, long time residents of the Bay Area, had offered to drive us around on a tour of the city that day, and the itinerary was a combination of their suggestions and some of our own. We’d both been to San Francisco before, though – Ashley had visited on an almost yearly basis back when she lived in Denver – so there was little urgency to see everything the city had to offer. We were just happy to sit back and go along for the ride.

Our first stop was Land’s End, on the northwest corner of the city. The rocky coastline facing the Pacific Ocean is home to shipwrecks, numerous hiking trails, and the ruins of the once great Sutro Baths. Built in the late 19th Century by German-American entrepreneur and San Francisco mayor Adolph Sutro, the glass-and-iron-encased structure was once the world’s largest indoor swimming pool. The baths featured six saltwater pools and one freshwater pool, a 2,700 seat amphitheatre, natural history exhibits, and restaurants, and city residents flocked to the then-remote facility when it first opened. Operating the facility was an expensive endeavour, however, and the Great Depression of the 1920s crippled the Sutro Baths, leaving it to die a slow death over the next few decades. In the mid 1960s, the site was sold to developers, but a fire broke out in 1966 and consumed the structure before it could be properly demolished. All that remains are the concrete foundations, and memories of a San Francisco that disappeared long before the Sutro Baths crumbled into dust and rubble. 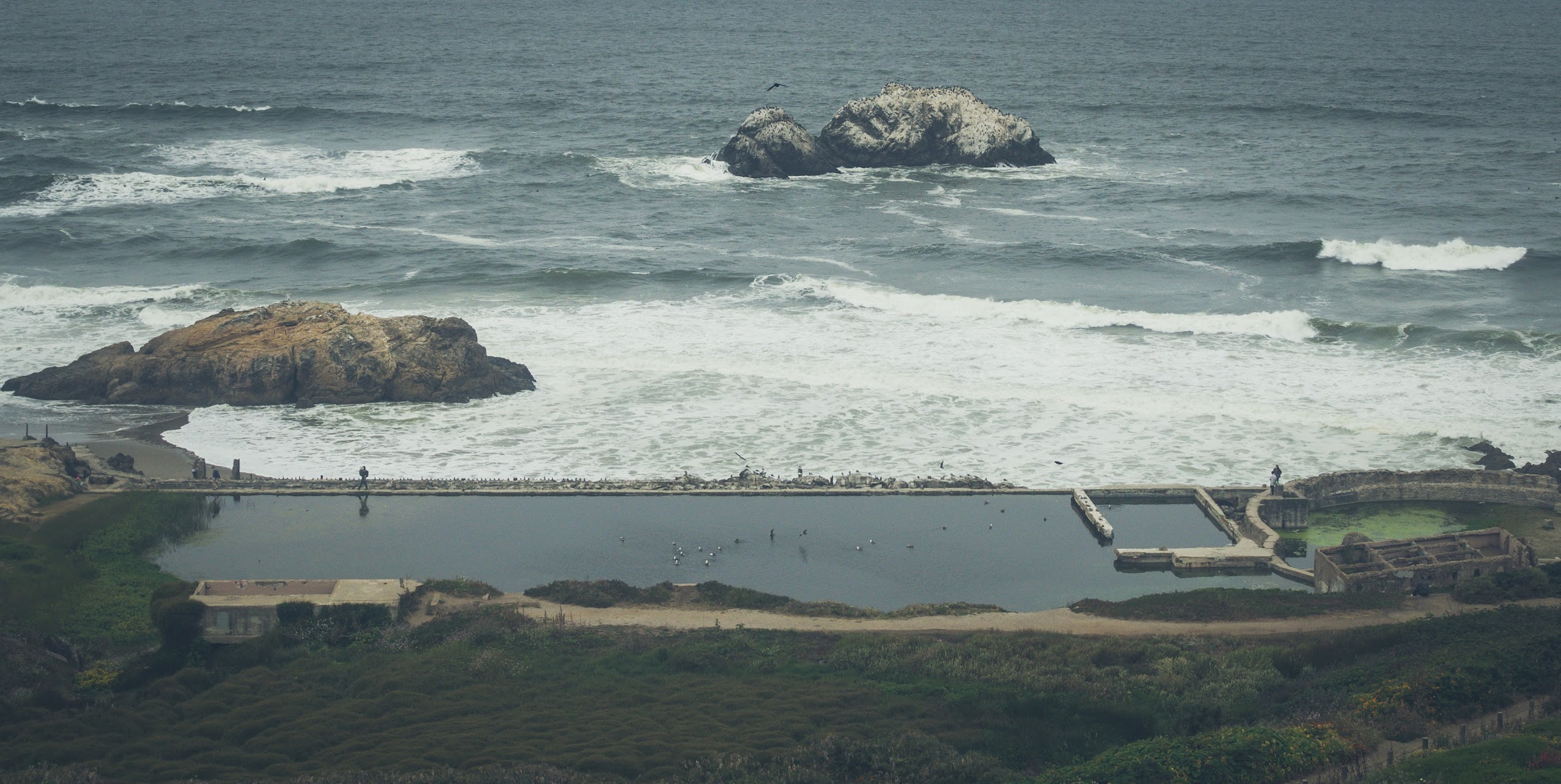 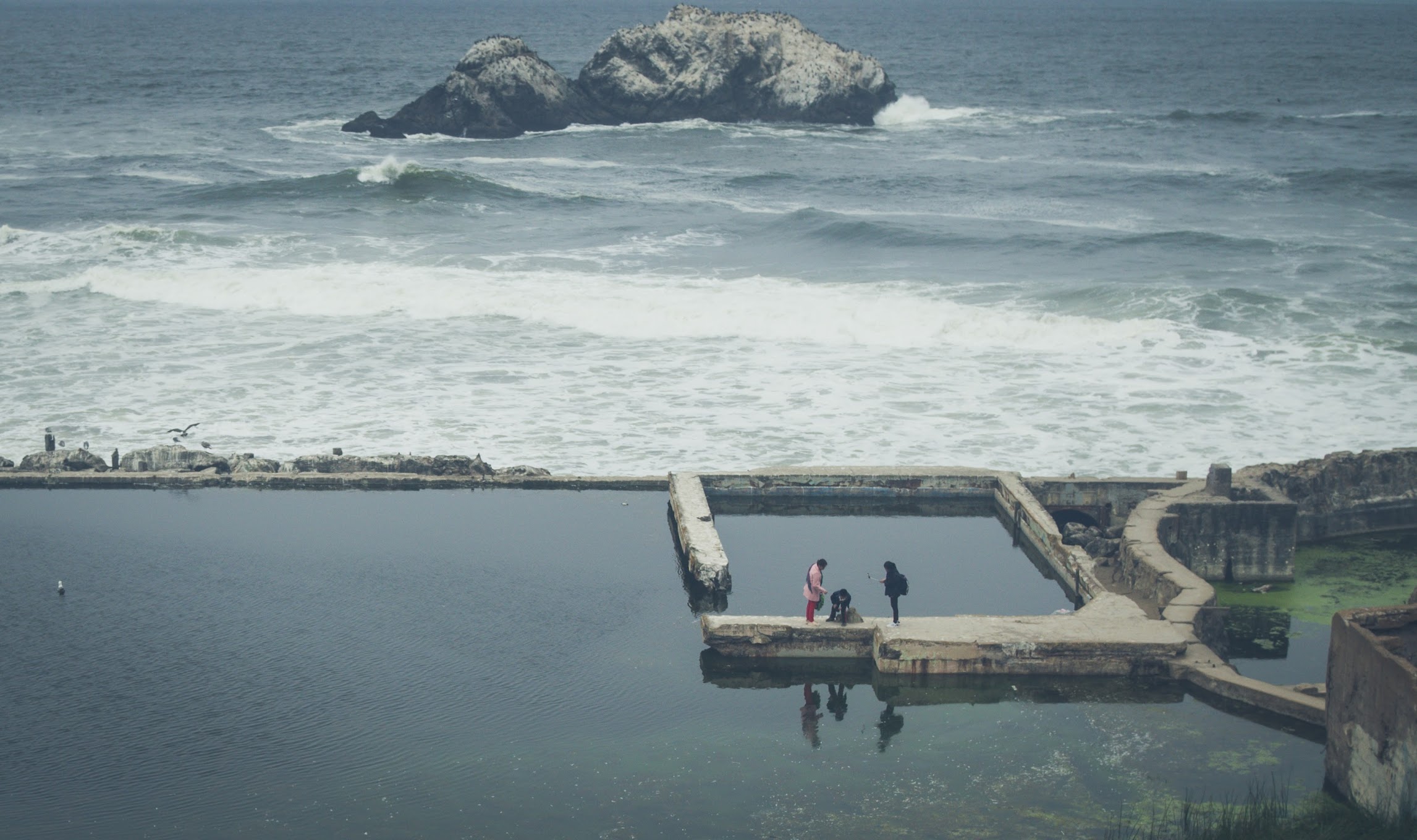 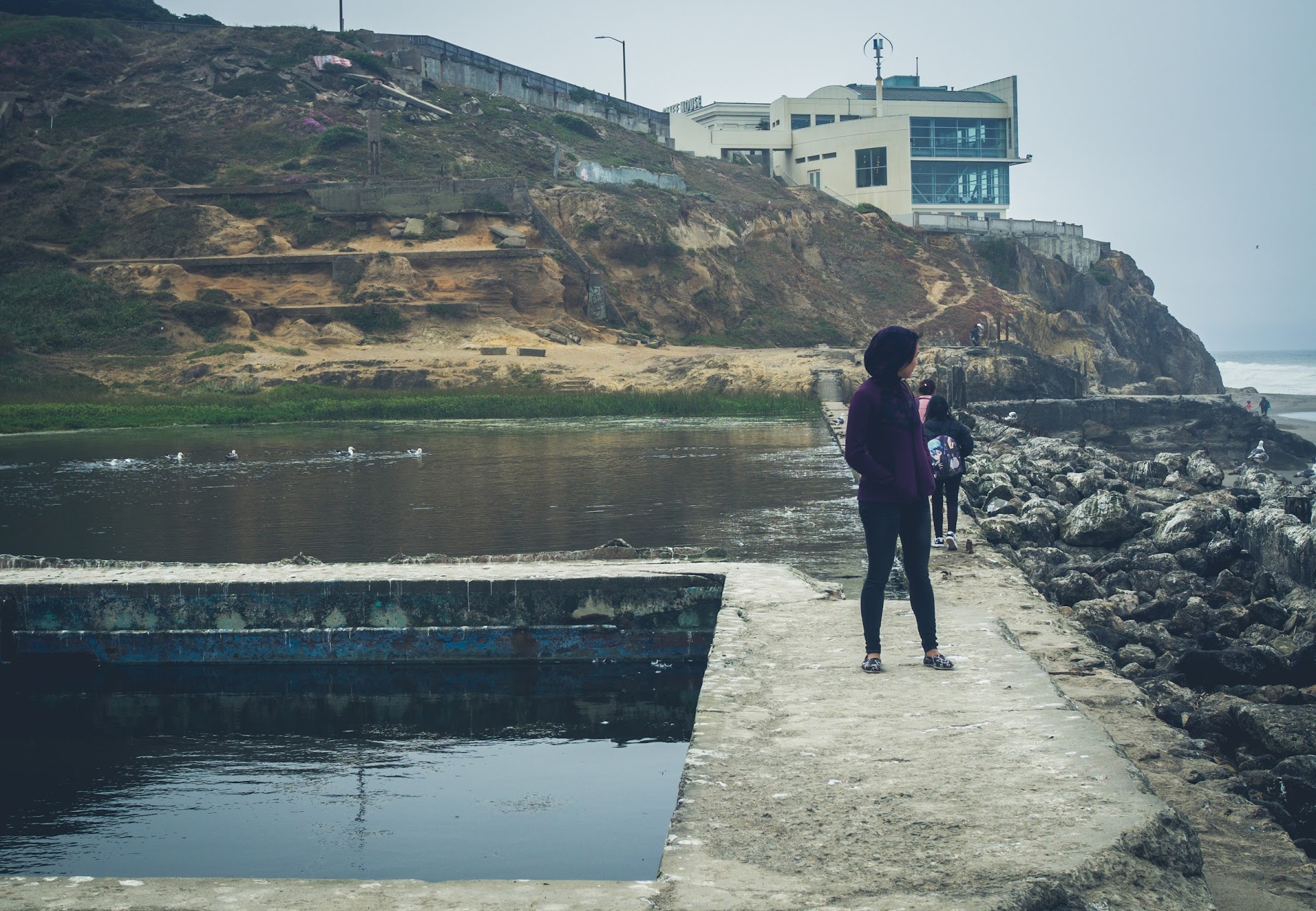 Perhaps no other geographic feature so defines the Bay Area as the Golden Gate, a narrow strait between Marin Peninsula to the north and San Francisco Peninsula to the south. This mile-wide passage connecting the Pacific Ocean and the San Francisco Bay is the largest gap along the rugged California coast, allowing the cool air from the ocean to mix with the heated inland atmosphere, resulting in the famous dense fog of San Francisco. The strait acquired its name in 1846, when John Charles Frémont, explorer, soldier, and the man after which Fremont – the Bay Area suburb we were staying in – was named, laid eyes on the passage and was reminded of Istanbul’s famous Golden Horn. It was also one of the only links between San Francisco and the outside world, as the city’s relative isolation meant supplies needed to be ferried in regularly from Marin County on the other side of the water. As the city grew, however, the situation became untenable, though experts agreed that building a bridge was not the solution – wild currents, unpredictable winds, and the sheer depth of the channel would make construction an all-but-impossible task. Said experts were subsequently proven wrong, though, when a bridge was finally completed in 1937. You may have heard of it. 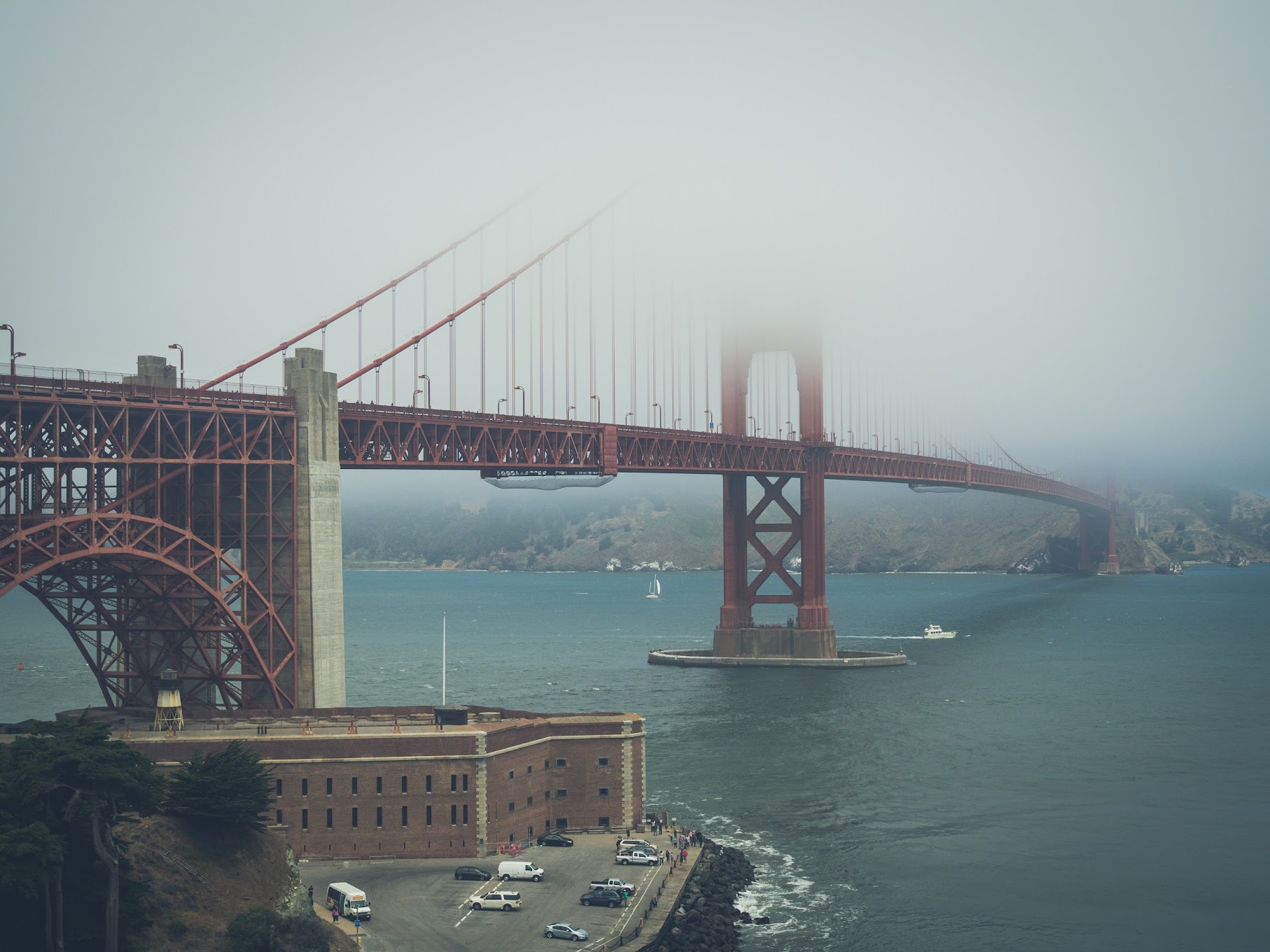 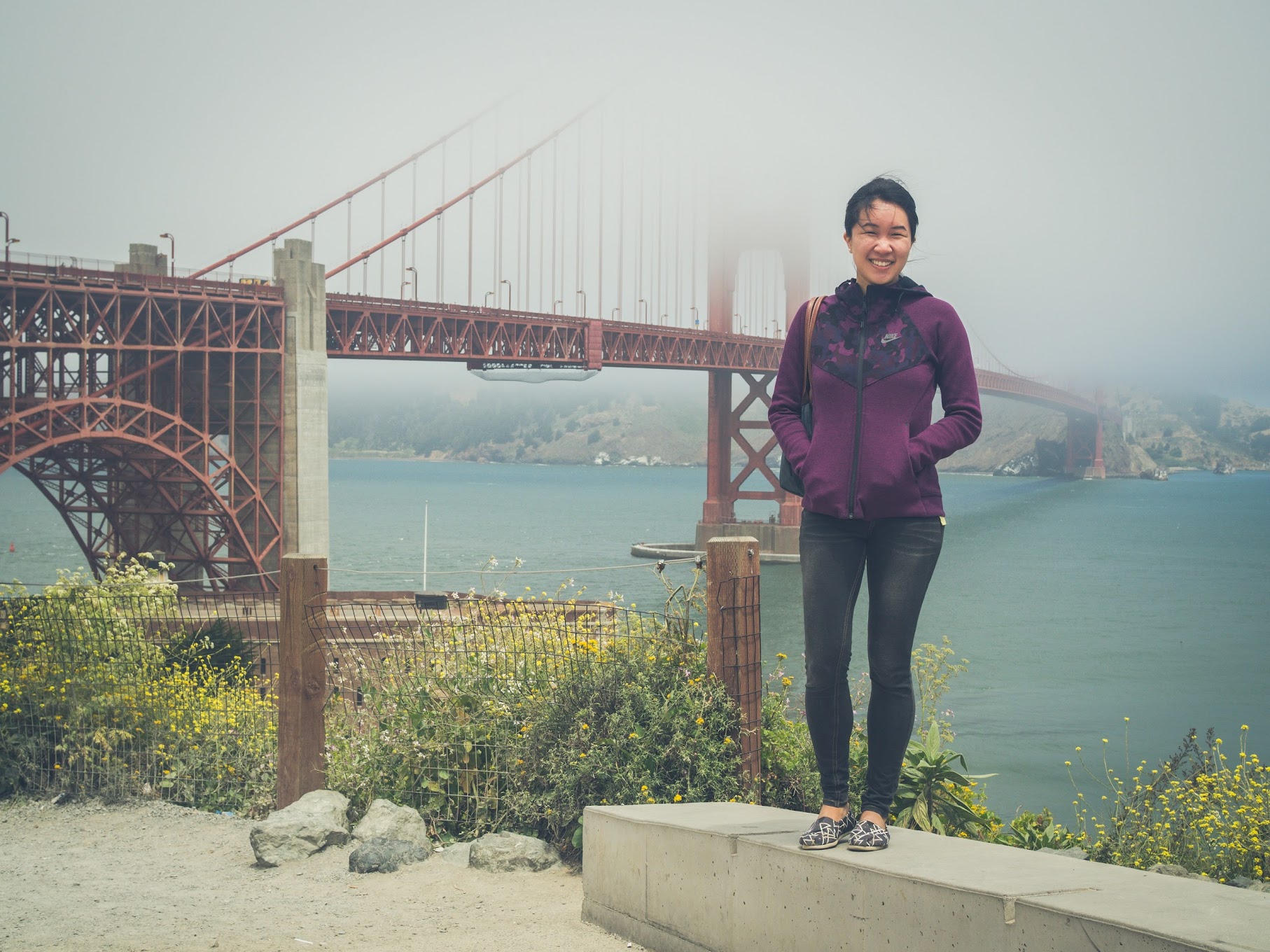 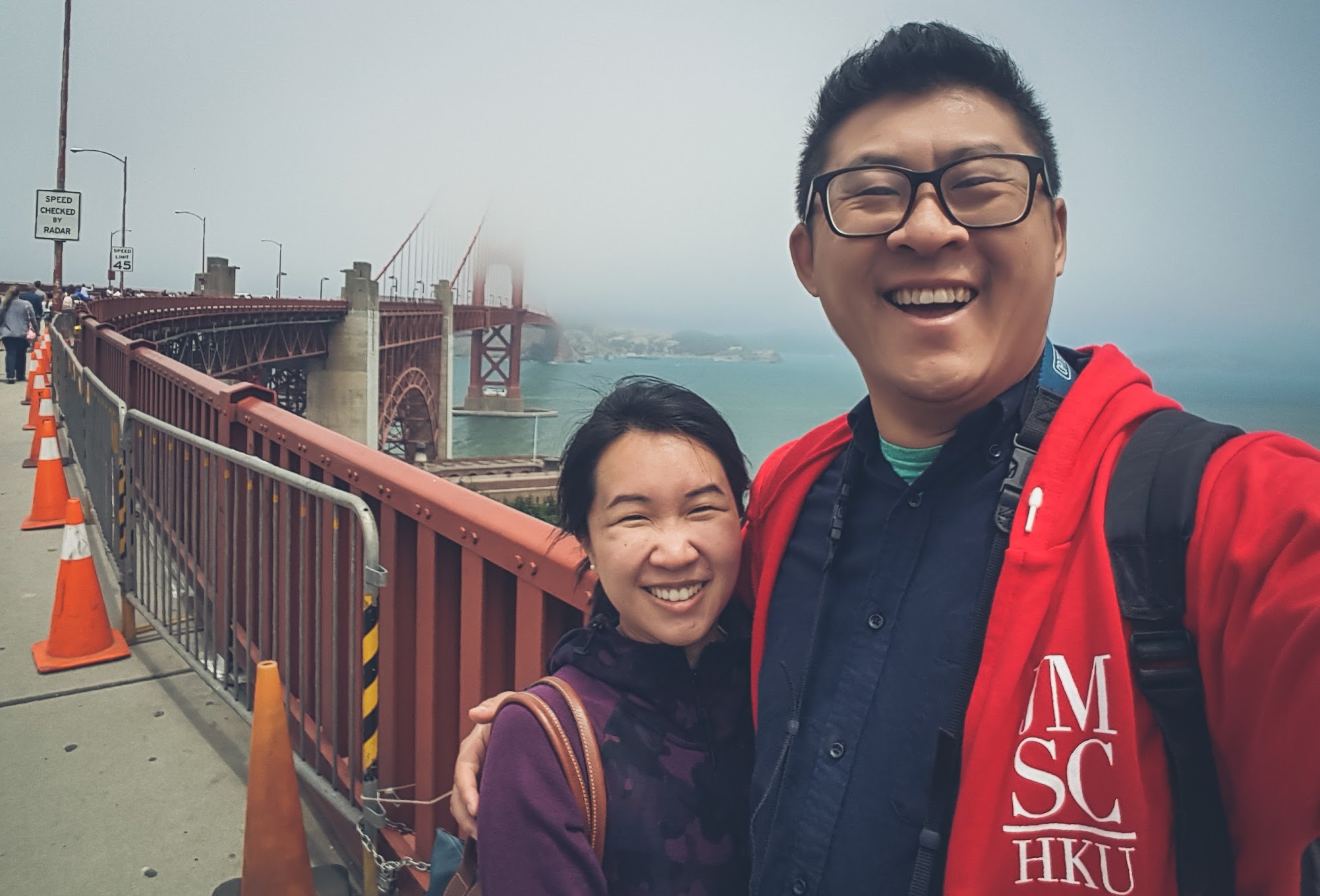 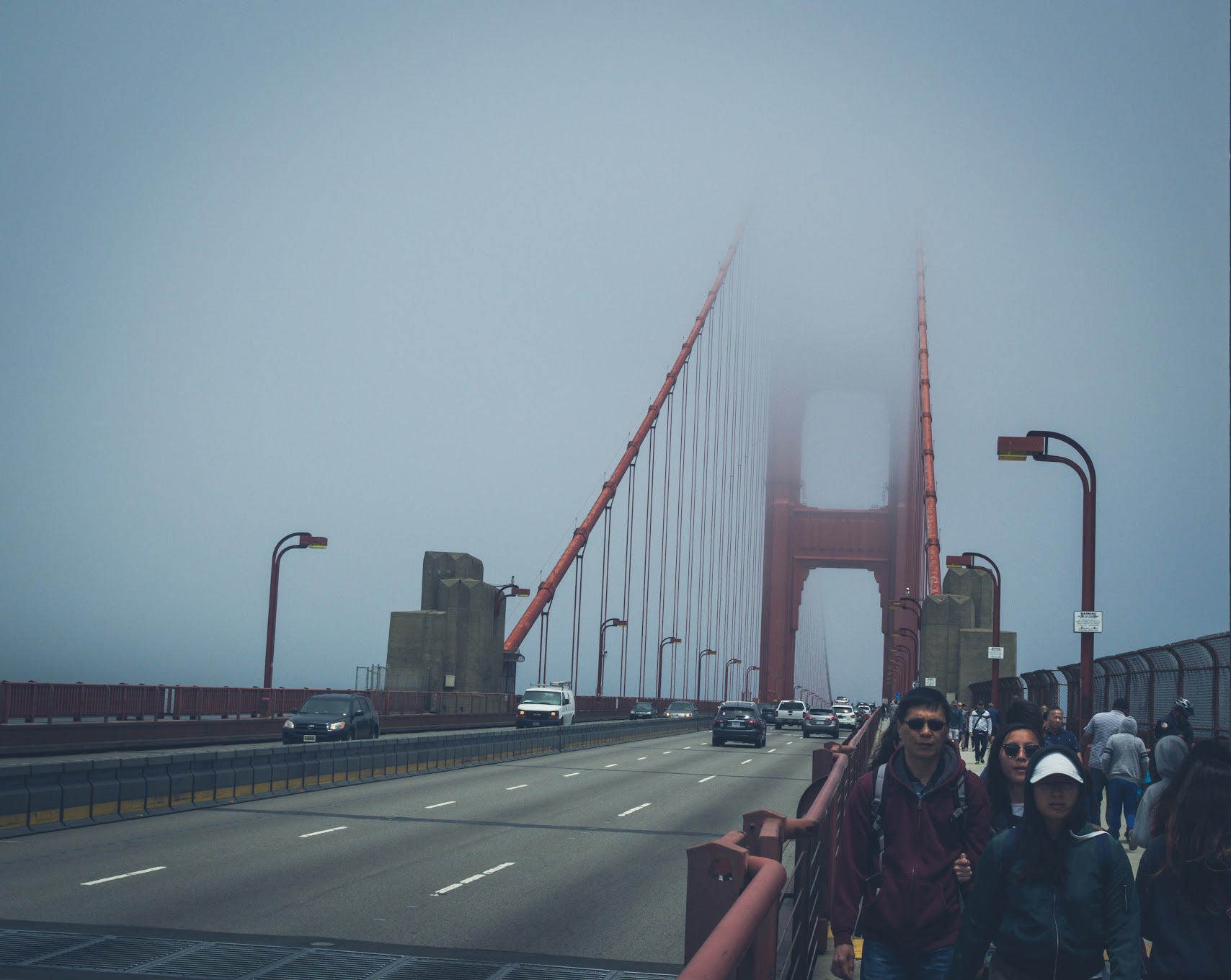 The travails of the Chinese diaspora over the last few centuries can easily fill volumes. The strings and threads of history and family narratives leap across seas and oceans, stretching from the provinces of southern China and finding footholds across Southeast Asia, North America, Europe, South America, and Africa. In their wake, a constellation of Chinatowns, from Manila to Singapore, Kolkata to London, Johannesburg to Havana, Lima to Toronto, and every other place in between. Of these, San Francisco’s Chinatown is perhaps the most famous Chinese enclave in the world – certainly in the Western Hemisphere.

Walking through the San Francisco Chinatown is like looking at a stranger and feeling a strange sort of recognition. I suspect Chinatowns the world over have certain visual elements in common – the outdoor fruit trays with handwritten prices on ripped carboard; the giant vertical signs that look out of place in the wide North American streets; the stain and grime of frozen time, like the neighbourhood has no intention of moving on from the 1970s. I could have been walking down Spadina in downtown Toronto.

My family are relatively recent immigrants, in the grand scheme of things – my parents were part of the later waves of immigration from Hong Kong that swept through North American Chinatowns in the 1970s and 1980s, replacing the old Toishanese and Zhongshanese dialects with the language of the Pearl River Delta. There was over a century of Chinese-American history before us. The roots run a little deeper on Ashley’s side of the family, though. Her grandfather’s grandfather was one of those early Toishanese migrants in the 19th Century, traveling across the Pacific to find his fortune in America before returning home to Toishan later in life. Ashley’s aunt also has connections to the old Toishan communities, and as we walked through San Francisco’s Chinatown, she pointed out shops and bakeries and restaurants that have come and gone in her family’s lifetime.

Chinatown to me is largely a Cantonese thing, and, as a son of the Hong Kong wave, the Toishan dialects of the first immigrants sound alien to me, like encountering people who still speak Shakespearean English. It’s a reminder that things were not always as they were, and the permanence of a community is not always a given. Even now, the Chinatowns of my youth are becoming more and more Mandarin, under the new waves of immigrants from Mainland China. And so it goes. 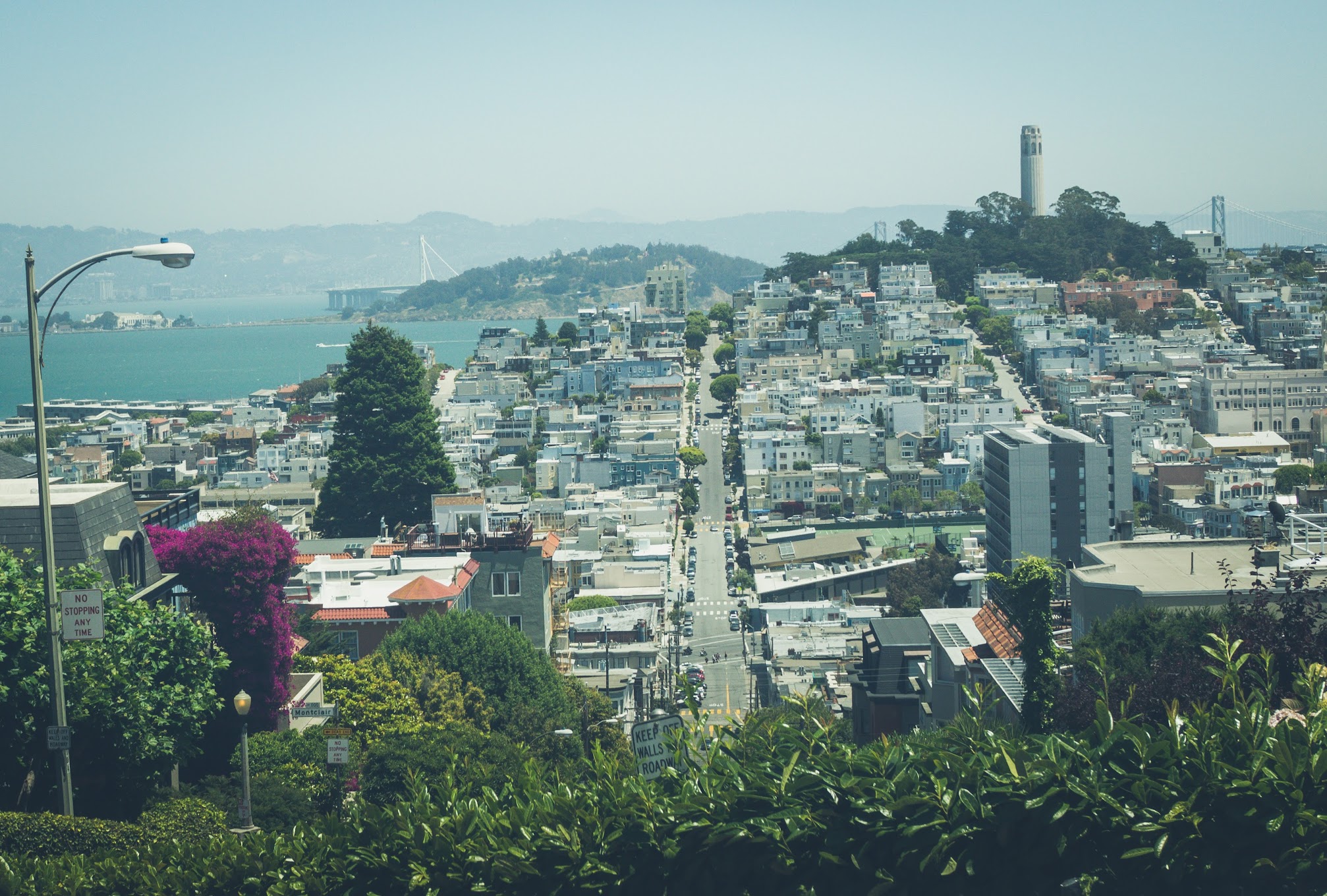 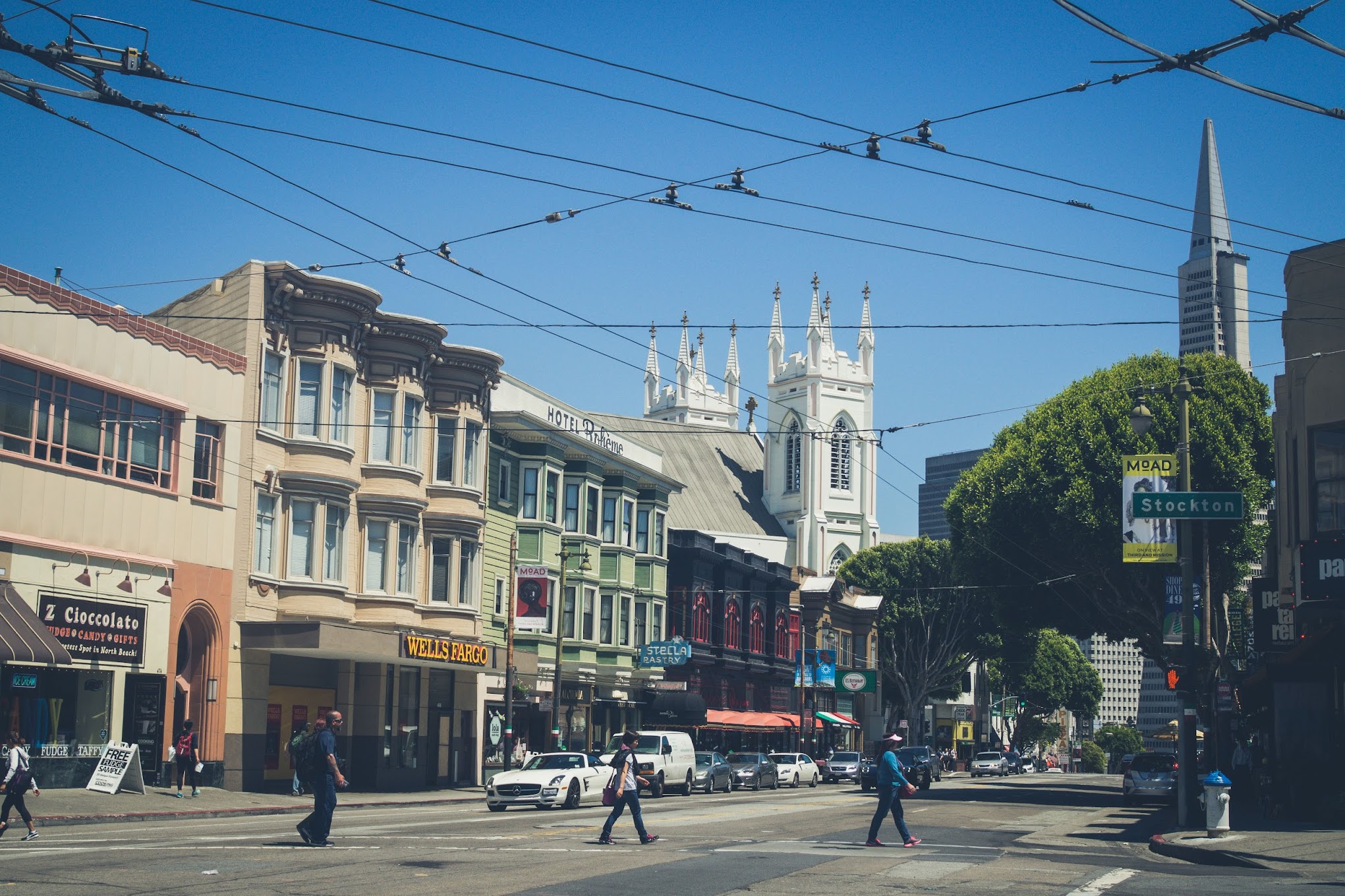 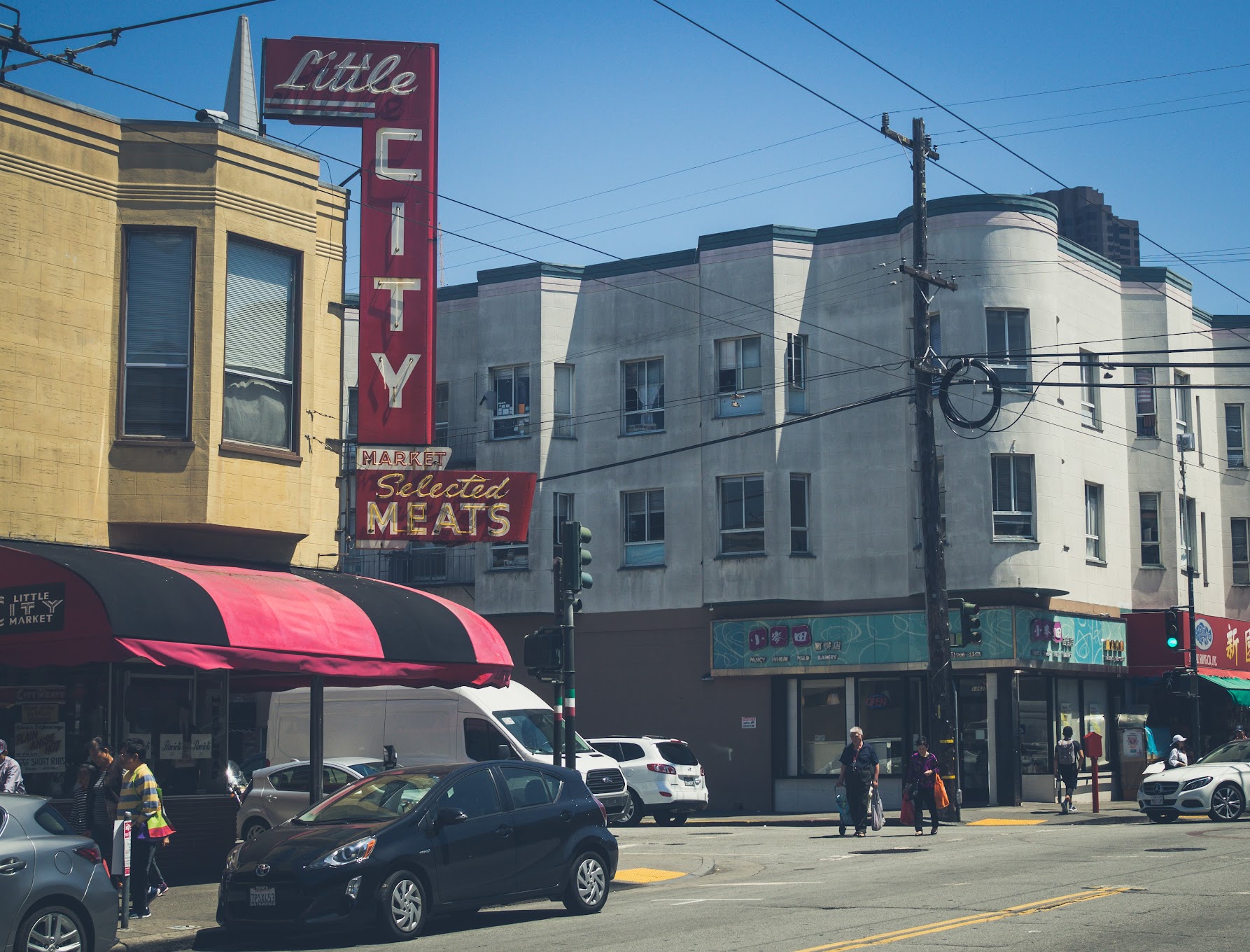 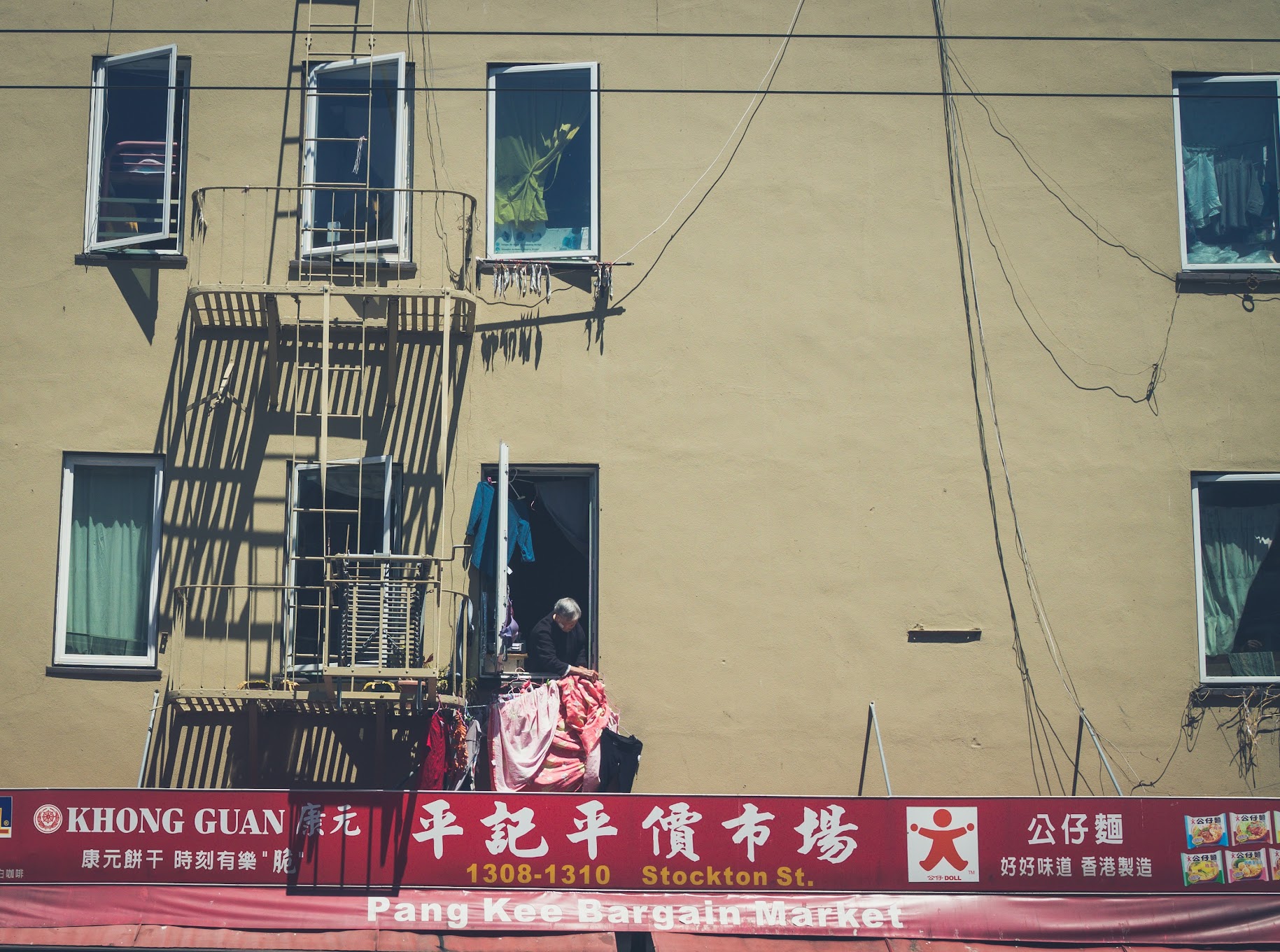 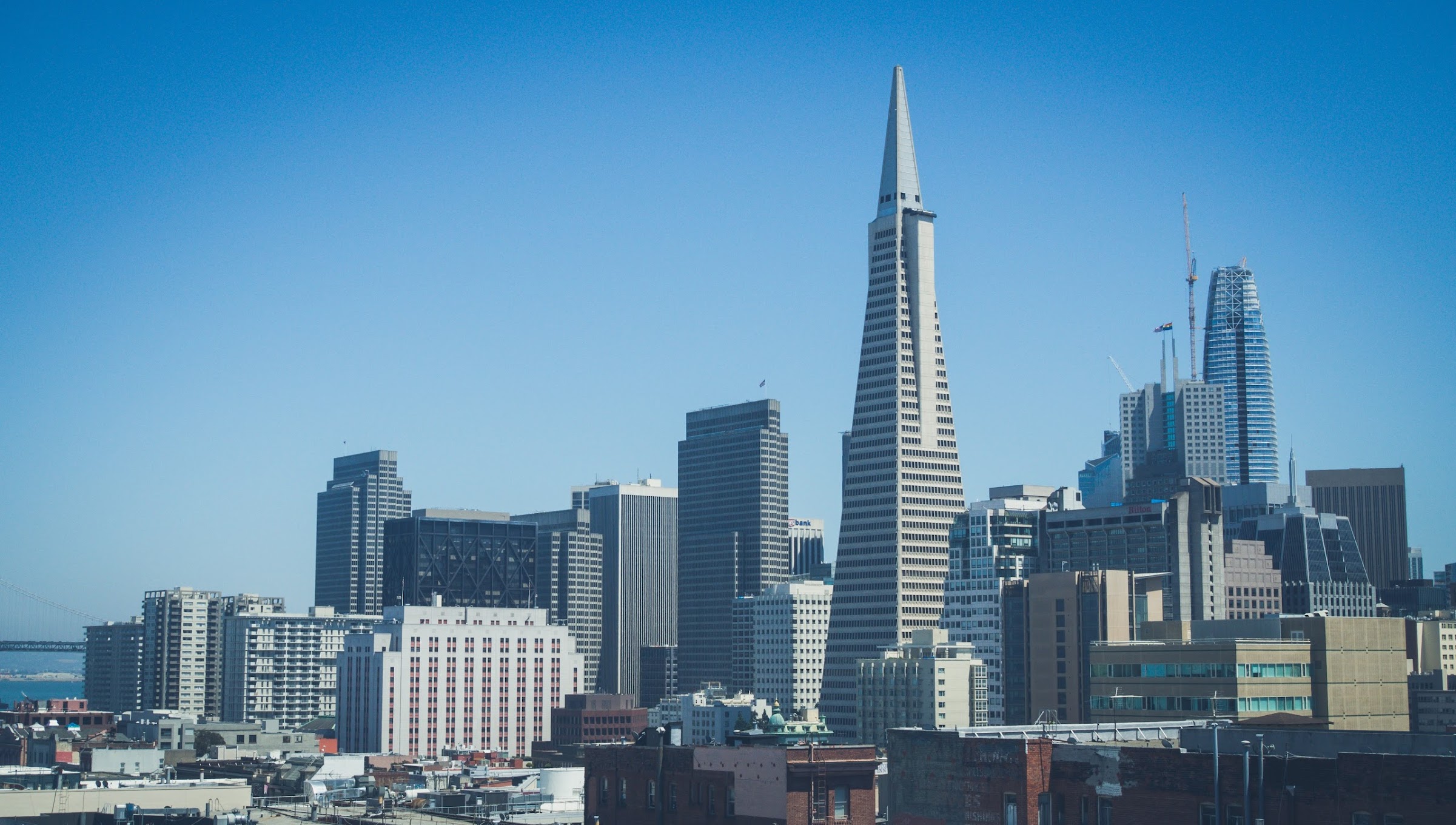 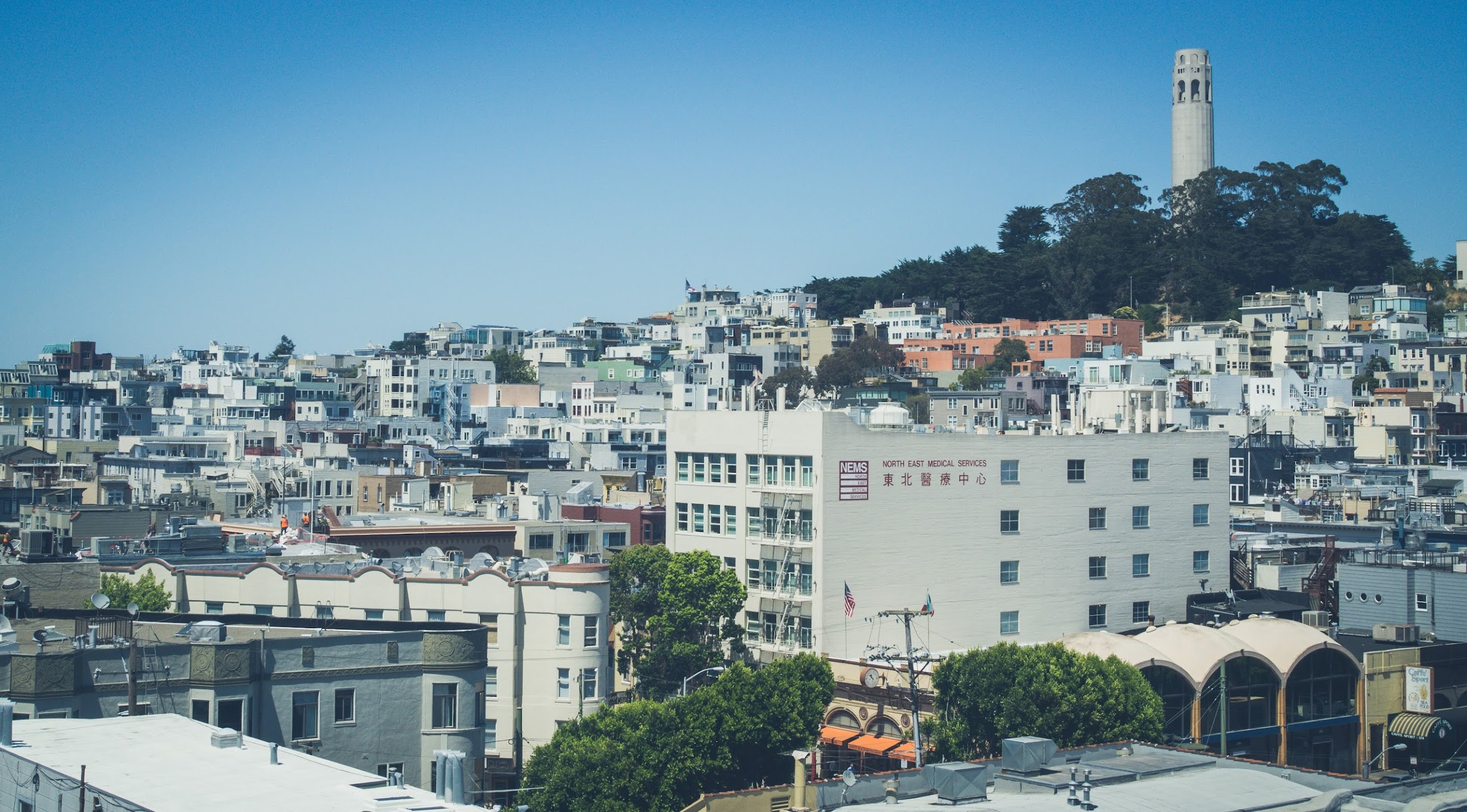 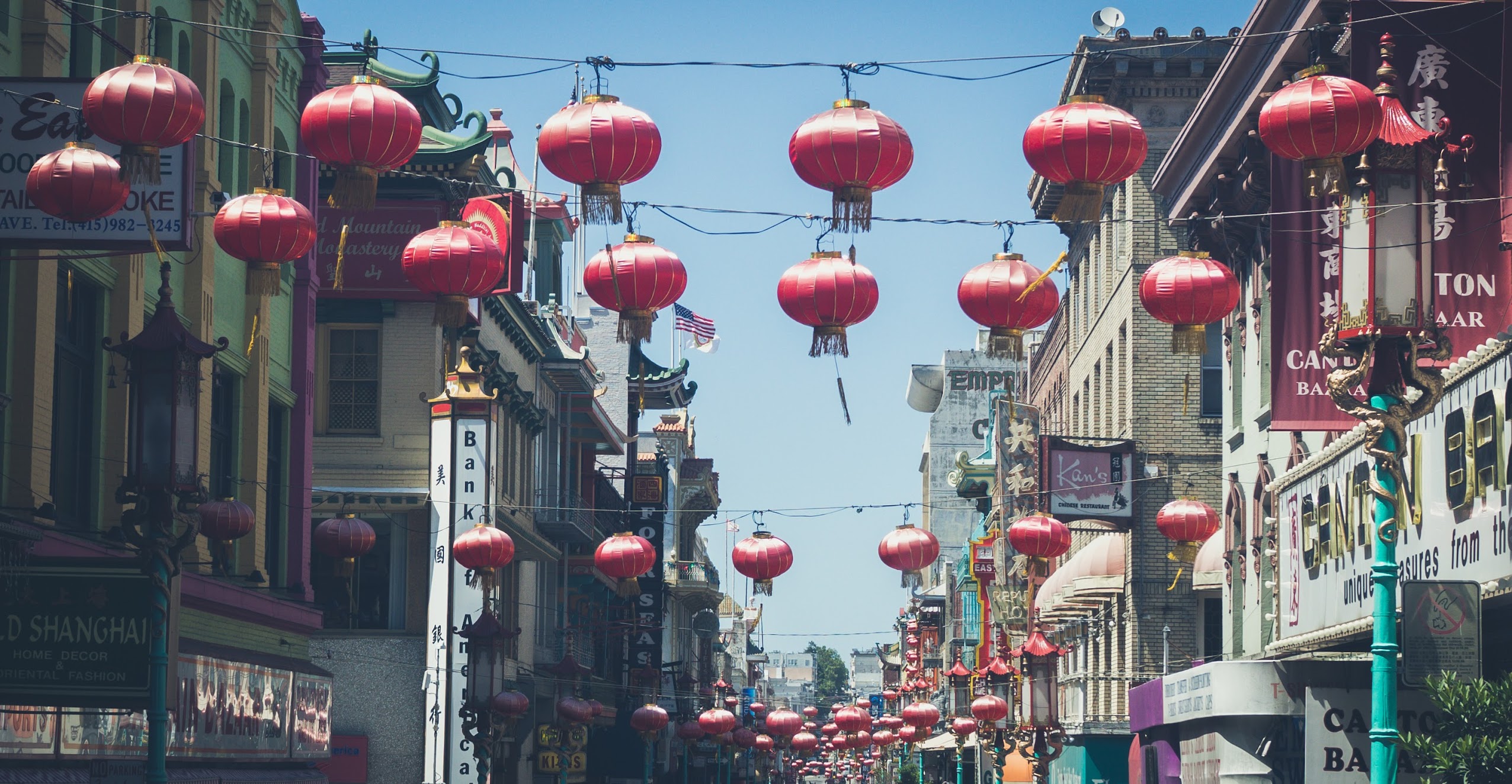 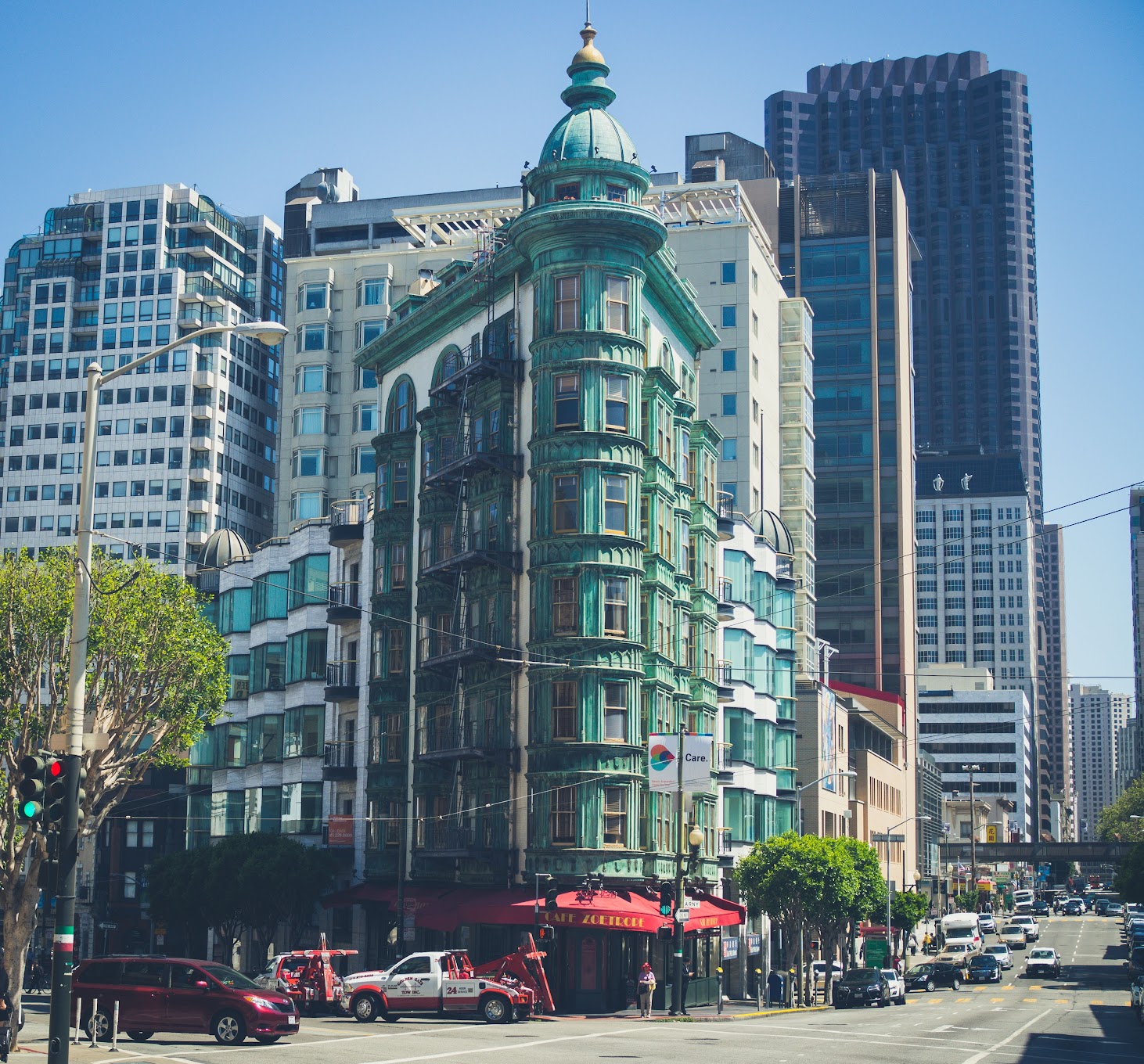 Stanley Goodspeed and the Palace of Fine Arts

The last big thing we had on our list was the Palace of Fine Arts, a collection of fake ruins built for the 1915 Panama-Pacific Exhibition. It is one of the only structures to survive demolition after the exhibition ended, although the original buildings were torn down and rebuilt in the 1960s. The palace itself consists of a 162-foot-high rotunda, flanked by thirty Corinthian columns that snake along the shore of a small, artificial pond. With its monumental scale and grand ornamentation, it’s no surprise then that the site has been used as a dramatic backdrop by various films throughout the years – including one of our family’s all-time favourites, The Rock.

Released in 1996, this action thriller is peak Nicholas Cage, expertly straddling the line between acting and over-acting in his role as FBI agent Dr. Stanley Goodspeed. The Rock kicked off one of the greatest three-film acting arcs in Hollywood history (no hyperbole!), as Nicholas Cage went on to star in the 1997 hits Con Air and Face/Off. This run was historic (very serious), rivalled only by Jim Carrey’s incredible 1994 (Ace Ventura, The Mask, Dumb and Dumber). Anyway, I digress. The Palace of Fine Arts appears in the first act of The Rock, when former Alcatraz inmate and international man of mystery John Mason (played by Sean Connery) escapes from his FBI handlers to see his daughter (Claire Forlani) for the first time. Stanley Goodspeed catches up with Mason among the concrete ruins, and, as the police sirens close in on the location, explains to the daughter that her absentee father is not, in fact, an escaped convict, but someone working with the FBI to resolve a dangerous situation. The rest is history. 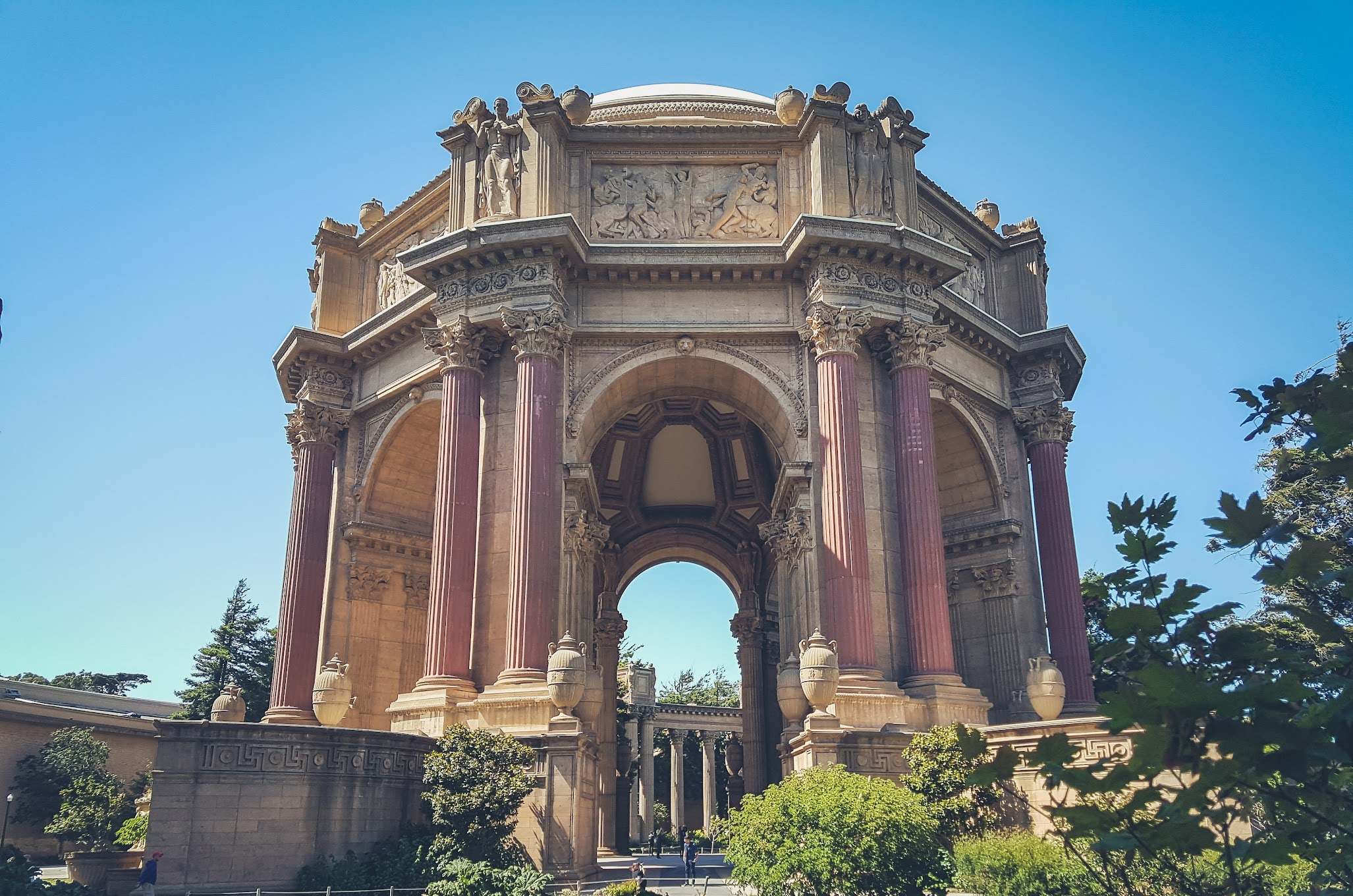 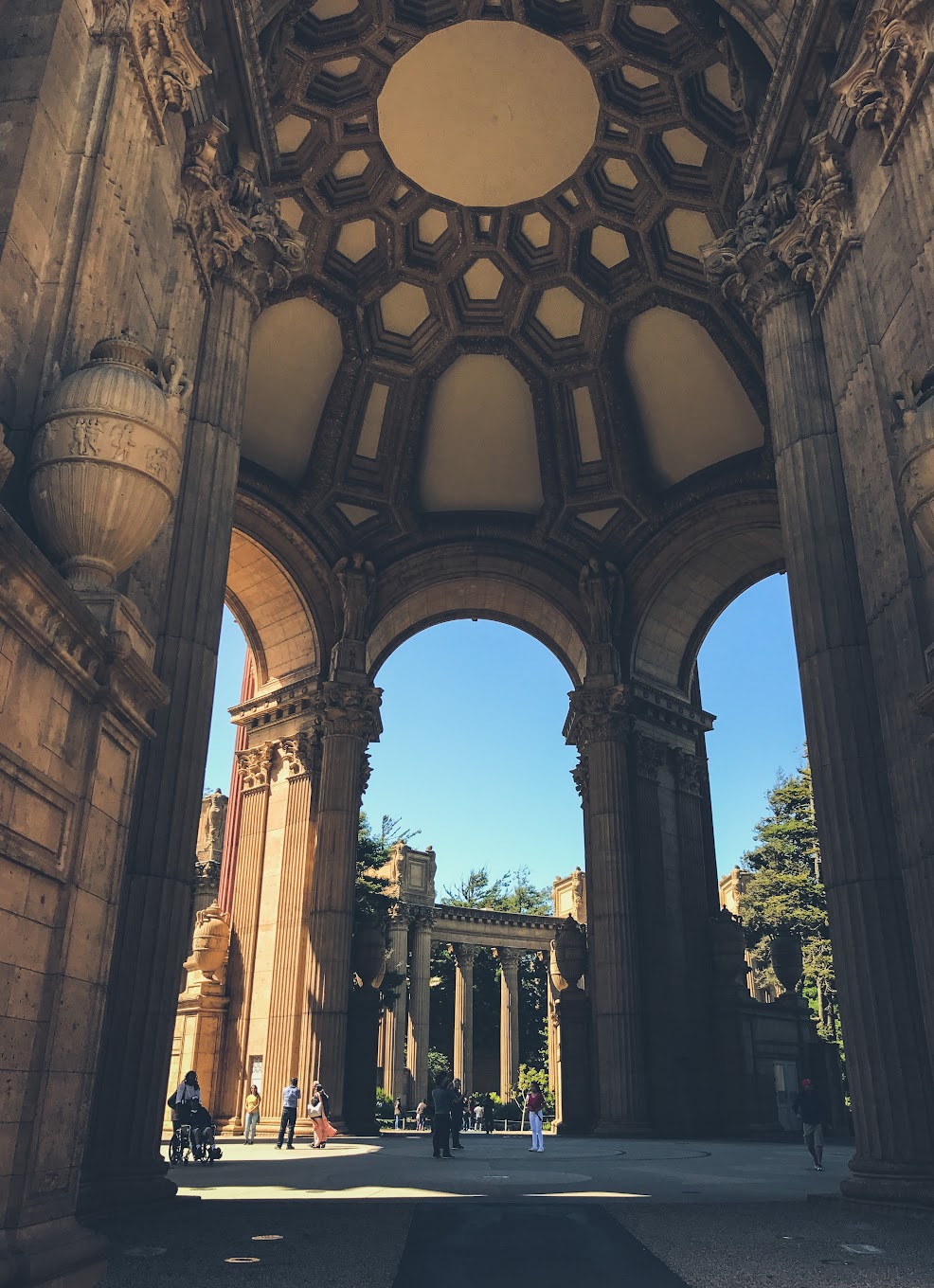 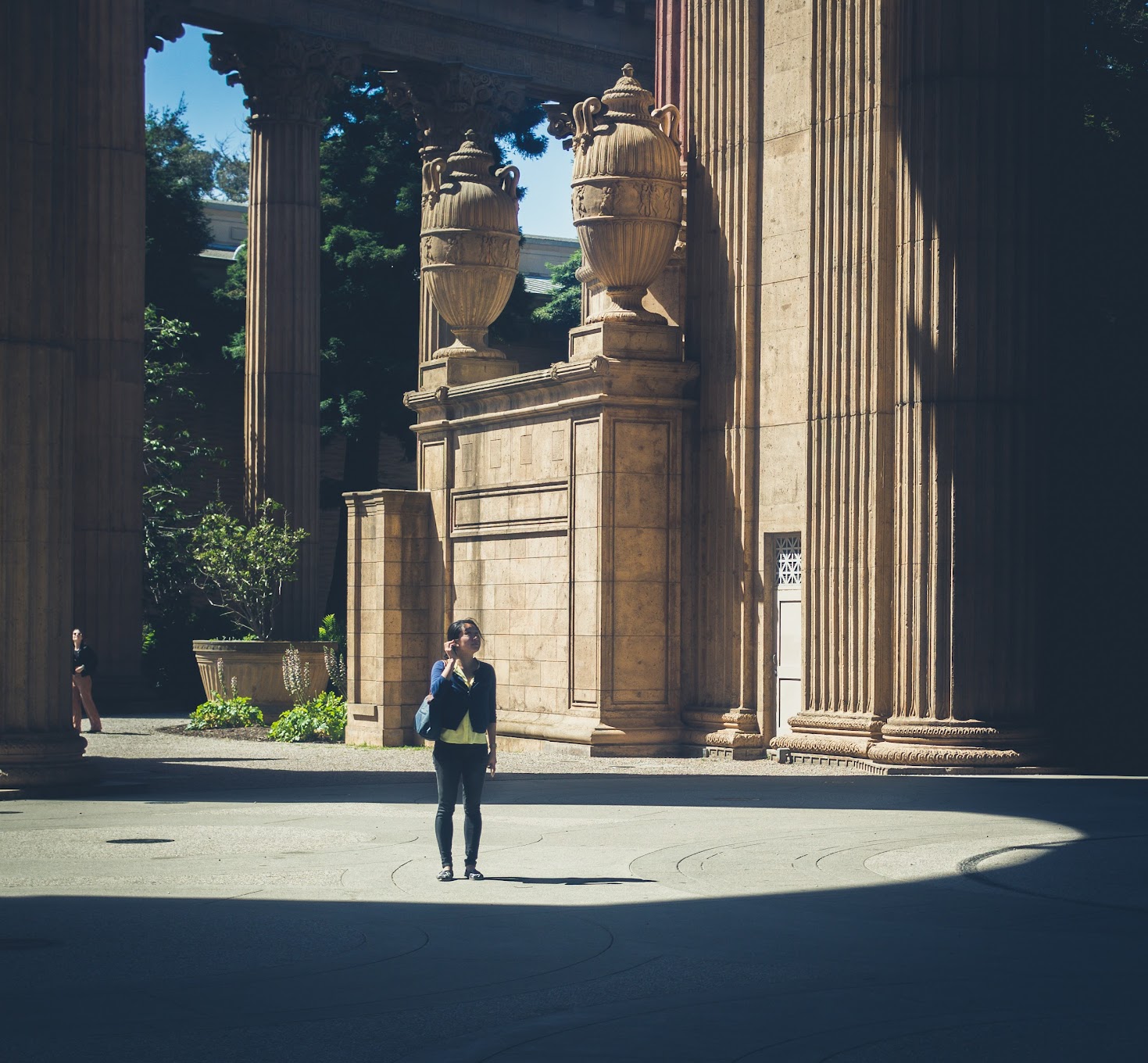 Our day was just about over by the time we left the Palace of Fine Arts. We only had time enough to grab dessert at Ghirardelli Square, down by Fisherman’s Wharf, before making a quick stop at the Painted Ladies, of Full House fame. These beautiful Victorian homes are perhaps the most famous in the city, but certainly not the only ones. Street after street was lined with the narrow homes, with the big bay windows and the steep, gabled roofs. With our hectic itinerary completed, Ashley’s aunt and uncle dropped us off in front of one such house, the home of Ashley’s cousin and her husband (and baby), where we had a really excellent home-cooked dinner and chatted into the warm summer evening.

This just about wraps up my California series, though I’ve got one more entry in mind after this one. Just across the Golden Gate, on the Pacific shores of Marin Peninsula, is a magical forest with some big, big trees. 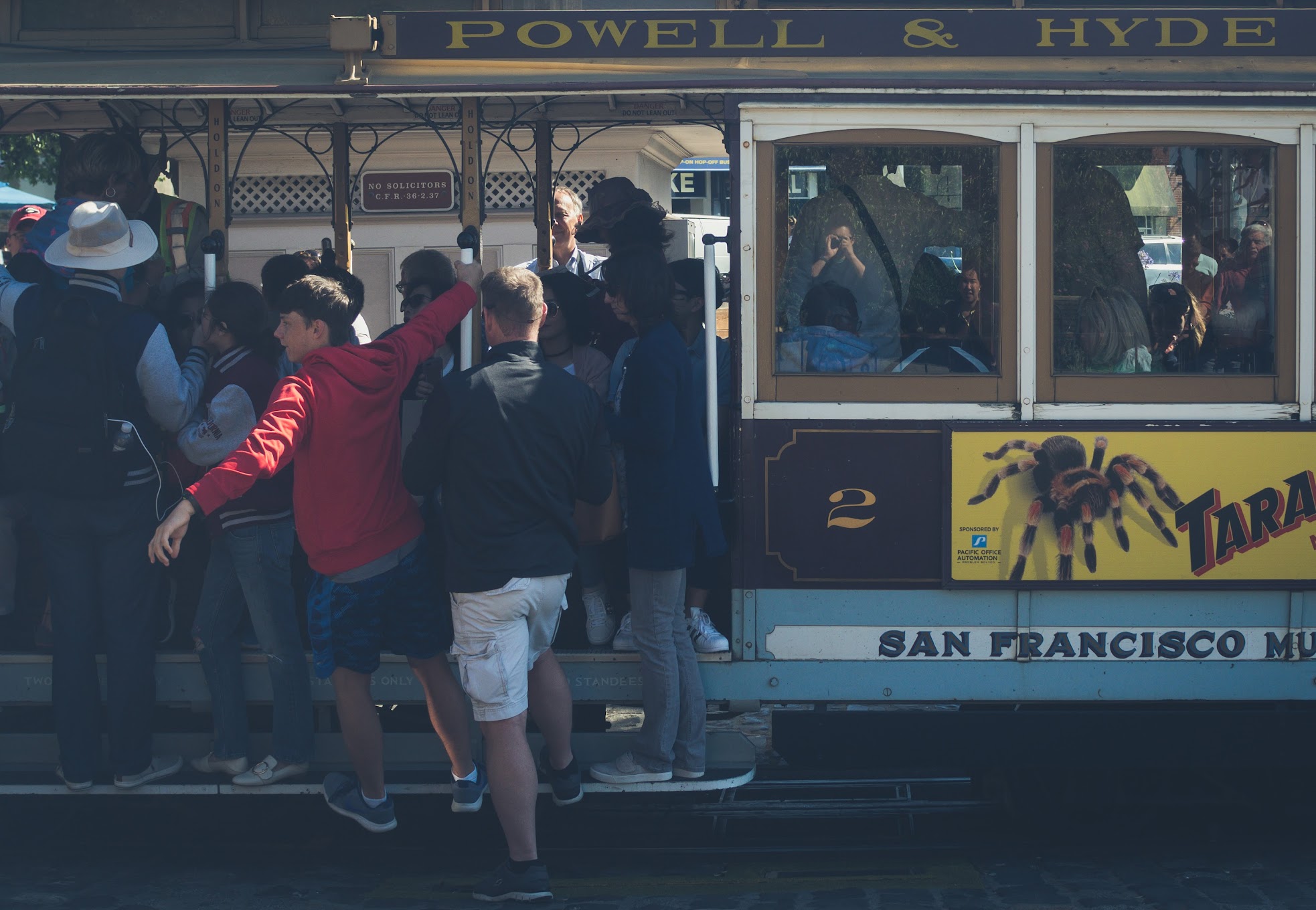