The story of the Habsburgs begins in a small castle in a forest in medieval Switzerland, and it ends in a grand palace on the outskirts of 20th Century Vienna. In the nearly nine centuries in between, the House of Austria, as they came to be known, became one of the preeminent royal houses in Europe, producing Holy Roman Emperors and kingships in Bohemia, Hungary, Croatia, Spain, Portugal, and Transylvania, seizing control over all or parts of Italy, France, Bosnia and Herzegovina, the Netherlands, and Belgium, and twice turning back the mighty Ottoman armies in the Last Caliphate’s attempts to wreak havoc on Christian Europe, if some historians are to be believed.

Schönbrunn Palace enters the story during the 18th Century reign of Empress Maria Theresa, she of the statue and the square where the Maria-Theresien-Platz Christmas Market takes place every holiday season, when an old hunting ground and lodge, along with a spring that gave the grounds its name, were given to her as a wedding present. The empress embarked on a frenzy of construction and remodelling, adding suites and galleries and entire floors to the building in order to transform the palatial lodge into a proper palace for the imperial household. For the next 170-odd years the Habsburgs would rule their cosmopolitan continental empire from their yellow palace on the Wien River floodplain.

And yet, despite all of that checking pretty much all of my history-loving boxes, Ashley and I didn’t commit to visiting Schönbrunn until pretty much the day before. We had sketched out our itinerary in Vienna based on how walkable places were from our hotel, and Schönbrunn was a little too far away for us to consider going on foot. And as with most of our travel decisions these days, we had to consider how feasible it would be with Miles – would there be restaurants with highchairs, would there be bathrooms with changing tables, would we be able to work around his nap time, would he even be able to fall asleep, etc. As it turns out, the answers were yes, yes, yes, and yes, and getting there from our hotel was easier than we thought – just a few quick stops on the Vienna U-Bahn, the city’s underground railway, and there we were. 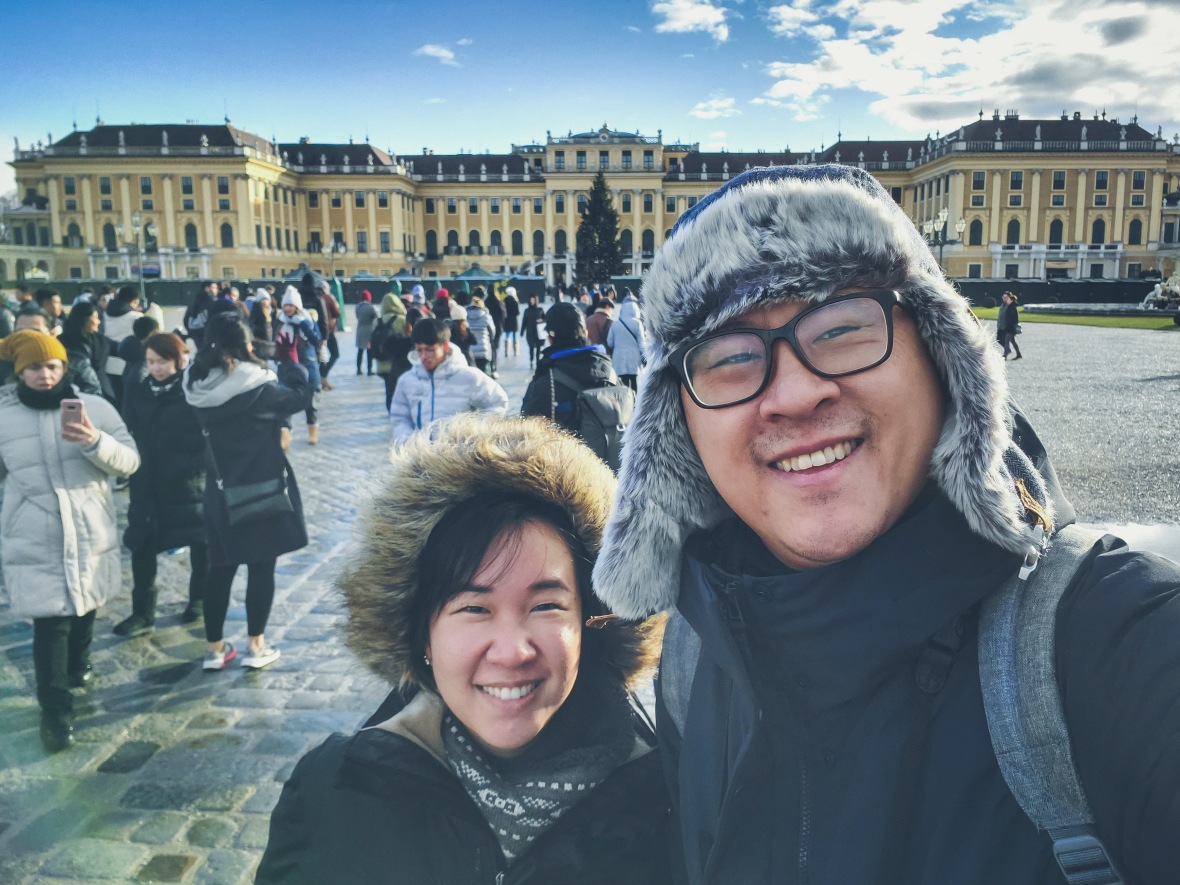 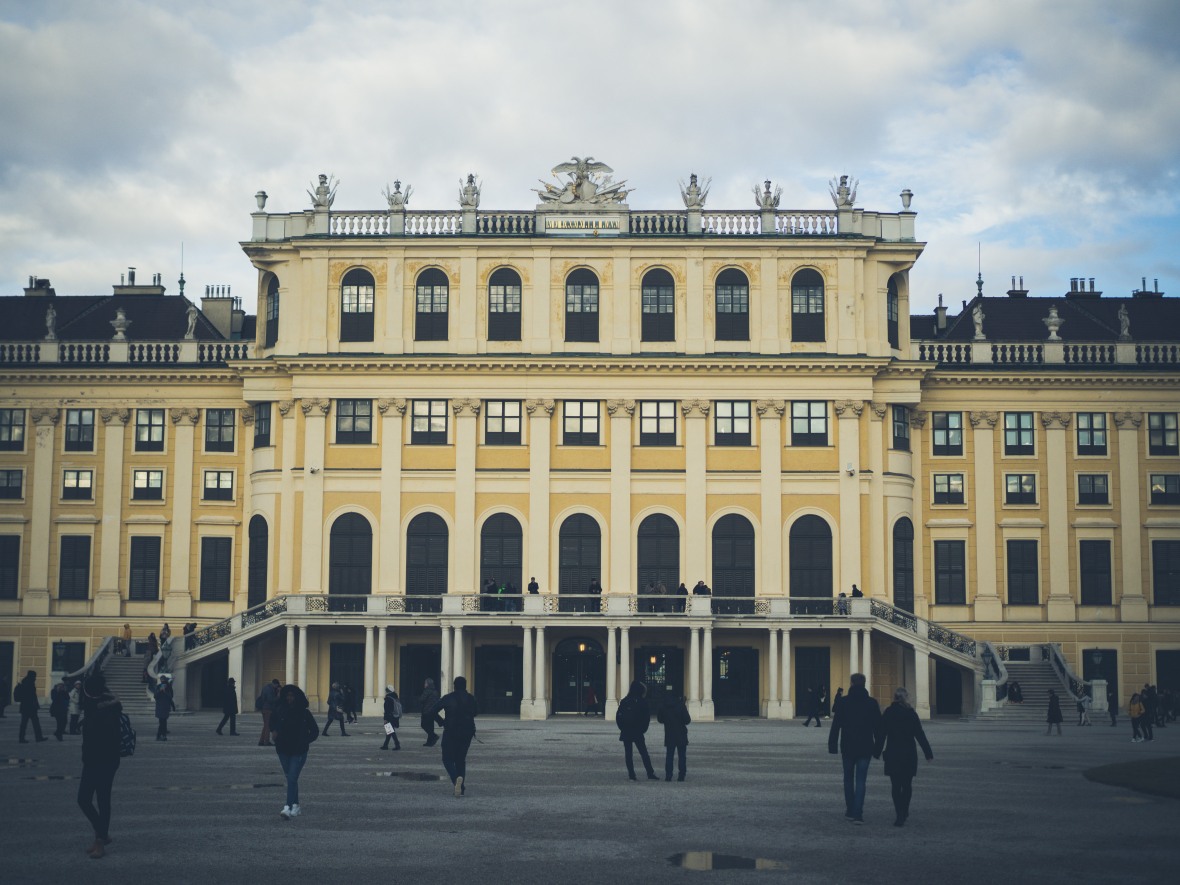 And They Were All Yellow

The first thing that really struck me, besides just the general shape and layout of the palace, was the yellow-ness of it all. At first it looked like maybe it was the natural colour of the building materials, but the yellow really stuck out when I took a closer look. That distinct shade of yellow, referred to as Schönbrunner gelb, was closely associated with the Habsburgs, and it became a dominant theme in 19th Century Viennese architecture as the political and religious elites adopted it for their own structures. The palace itself was painted yellow in the early 19th Century, a drastic change from its original terracotta pink.

We had a pretty good lunch at Café Residenz, a restaurant located in Schönbrunn’s old police kitchen, and after putting Miles to sleep in his stroller (thanks to the amazing Cozigo, a portable cover that can be secured on top of strollers and basinets that we borrowed from friends), we took a tour of the palace with about a million other tourists. The rooms and hallways were obviously not designed to handle crowds of this size, all moseying about according to our own tempo, listening to our personal audio guides and trying not to walking into anybody. I get it though, this is how things are at major tourist sites, and I actually still enjoyed it. The palace has a strict no photography policy indoors, which is probably for the best – I can imagine how much more congested it would be if everybody was stopping to take photos as well.

After the tour, we went around to the palace gardens and more or less made a beeline for the Gloriette, a small (relative to the palace) structure on top of a hill overlooking Schönbrunn and the city beyond. It seems largely an ornamental thing, a flourish to tie together some Baroque aesthetic principle, but it’s where Emperor Franz Joseph I, the longest reigning Habsburg emperor, had his breakfasts, and there’s a café there now. As we walked up the hill, there was some really nice late afternoon lighting, the kind that gives a golden edge to silhouettes, and when we reached the summit the view wasn’t bad either. We did a little loop at the top, took some photos, traded places running up into the Gloriette while Miles chilled out in his stroller, and that was pretty much it.

Whatever time Miles would wake up from his afternoon nap, that was the start of our family countdown – we knew roughly how long he would last before he got hungry, how long until he’d get grumpy, when we should start heading back to the hotel, and when we needed to start putting him to bed. His wake up time that afternoon meant we needed to hustle back down from the Gloriette to get started on the last leg of our day at Schönbrunn: the Christmas market. I won’t repeat myself too much from what I’ve already written about the market here, but in general Christmas markets like this one were some of the few places we felt comfortable letting Miles just walk around. He’d only just started walking a month or so before our trip, but already he wasn’t too happy about being strapped in to his stroller. On the streets and sidewalks of Vienna we were a little more hesitant to let him walk, so whenever we were at a market we’d freed him from his stroller prison and let him explore a bit. The vibe at the Schönbrunn Christmas Market was pretty chill, maybe because it’s a little further out than the other Christmas markets in the city, and the crowd was pretty friendly and accommodating towards Miles. And at the end of the day that’s all we were hoping for on this trip – in between all of our sightseeing, we wanted him to be able to enjoy himself as well. 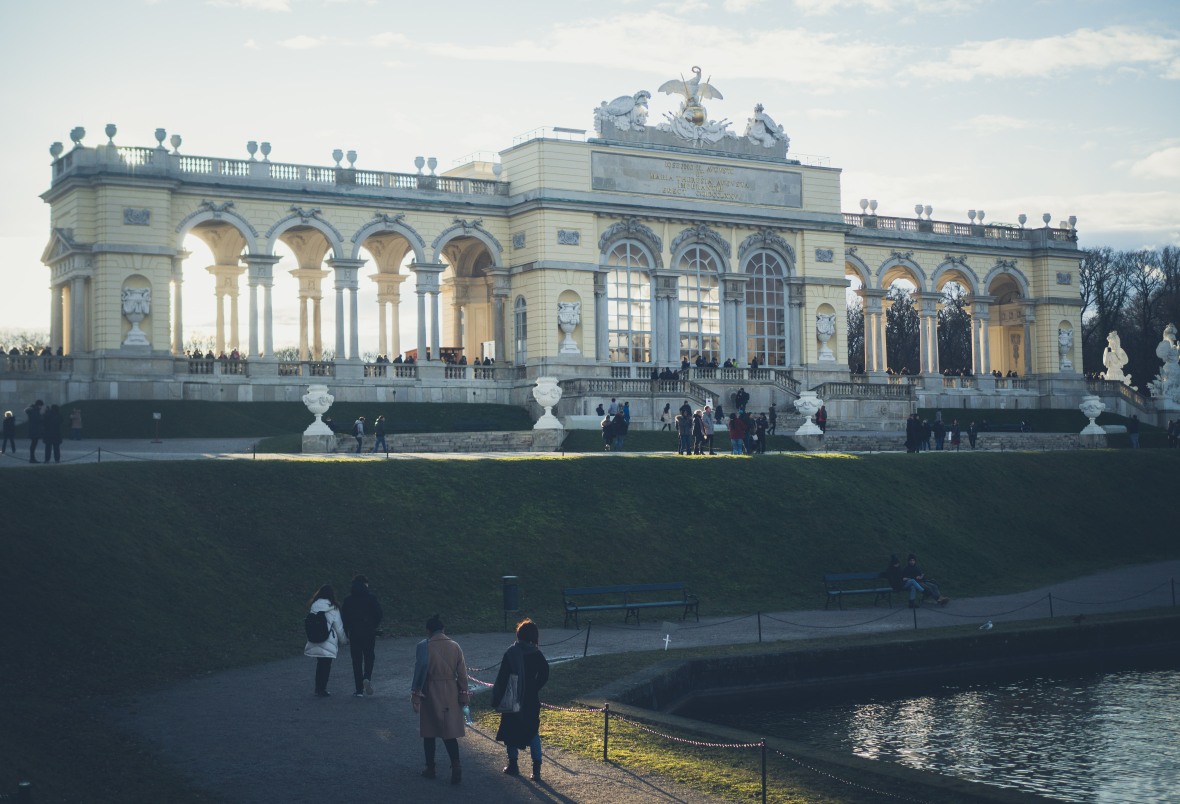 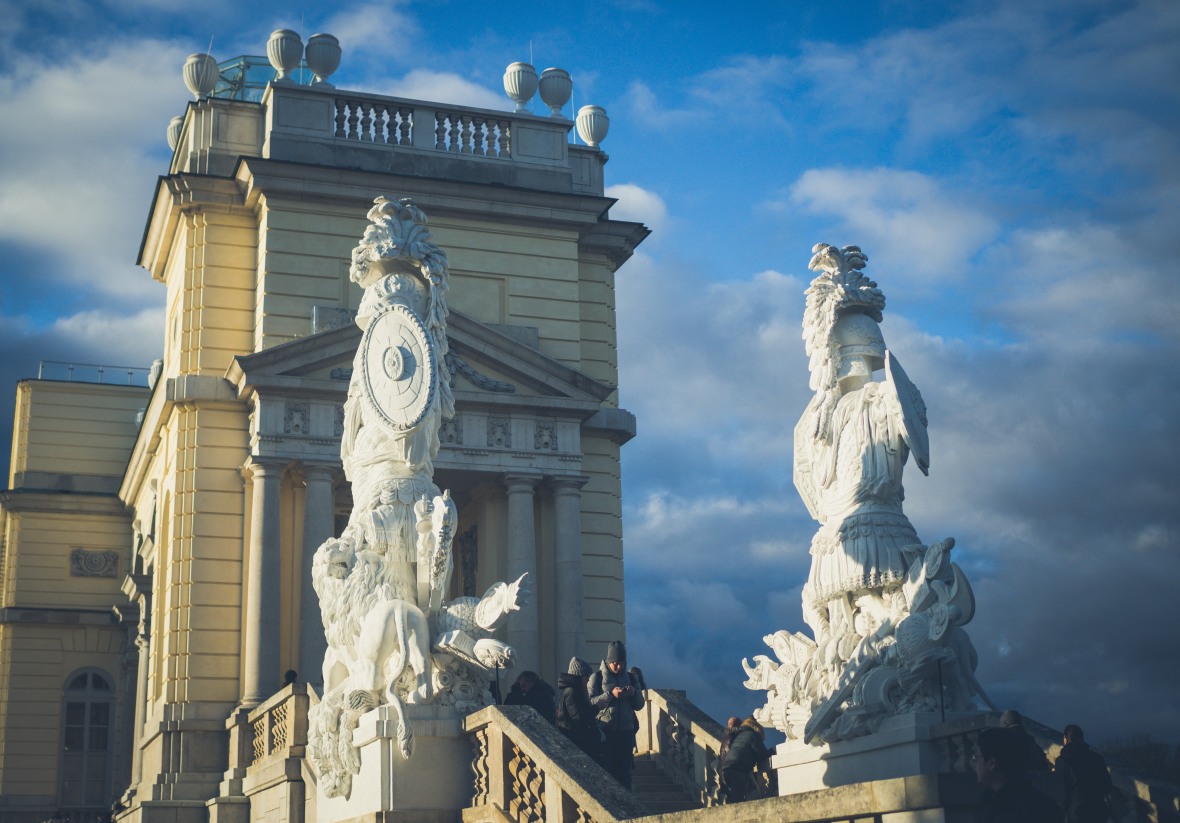 On November 11, 1918, the last Habsburg emperor, Charles I, son of the aforementioned Franz Joseph I, issued a proclamation from the palace that stated his intent to relinquish his role in Austrian state affairs. An abdication in all but name, though Charles I would strongly disagree, the imperial family moved out of Schönbrunn that same day, never to return. After centuries of building up their cosmopolitan empire, decades of fending off rising nationalism from within its borders, and a devastating World War that resulted in up to 2 million combined military and civilian deaths, the Hapbsburgs finally lost their iron grip on Central Europe, and the palace that was their home for nearly two centuries. In the intervening years, Schönbrunn served as a museum and a headquarters for the British in their role as part of the Allied Occupation of Austria after World War II. The Austrian government now owns and operates the palace, and millions of tourists visit every year to get a glimpse of the way things were, including us.

Is Schönbrunn a must-see when visiting Vienna? I can’t really say definitively. The palace tour was interesting (but very very crowded), and the view from the Gloriette hill was nice, but I don’t know if we would have made the journey out if there wasn’t a Christmas market happening at the same time. Still, it was more convenient than we thought to get there, and the day went about as well as we could have expected, and as new parents that’s a very big deal.