For over a thousand years, from behind its mighty walls on the shores of the Bosphorus, Istanbul ruled vast empires that stretched across Europe, the Middle East, and North Africa, a cosmopolitan city for a cosmopolitan empire. Its wealth and power were the stuff of legend, admirers from near and far declaring it to be The Queen of Cities, The Reigning City, and The New Rome, but among its inhabitants and in the common speech, it was known simply as The City. 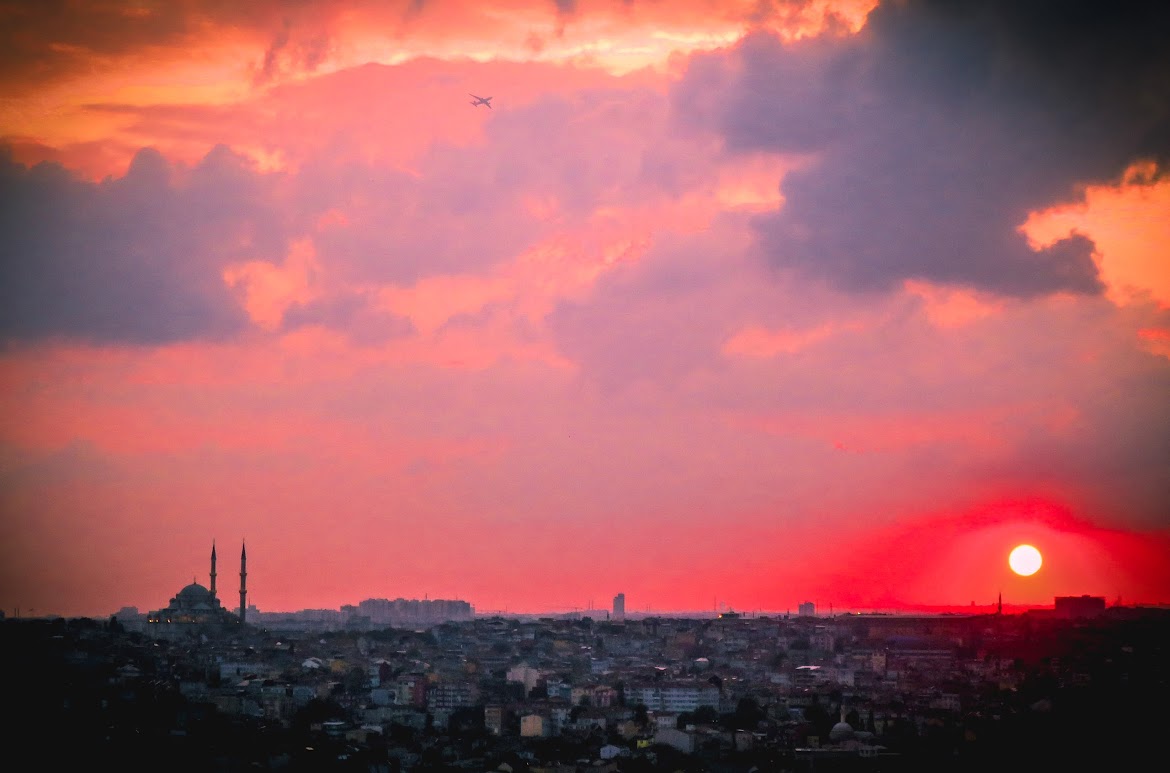 We approached The City from the southwest in a cab, taking the Kennedy Caddesi and its ancient route along the old Sea Walls. Our flight from Hong Kong via Dubai had arrived in the early evening, and by the time we reached the margins of Fatih, the historic heart of old Constantinople, the sun had set, and Istanbul was in darkness. The crumbling ruins of the Theodosian Walls loomed on the periphery as we sped into the city proper, our driver navigating the narrow streets and back alleys to find Hotel Darussaade. Tucked away in the cramped neighbourhoods of Sultanahmet, it is one of many boutique hotels in the southeastern quarter of the city, and ideally located for our stay in Istanbul. 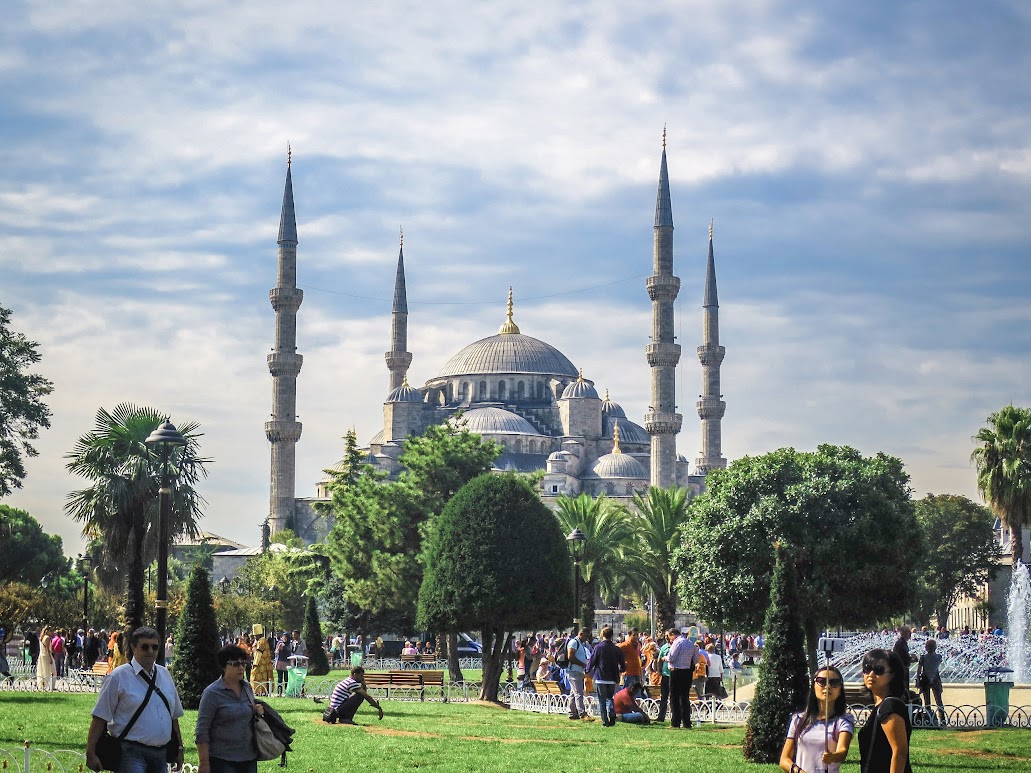 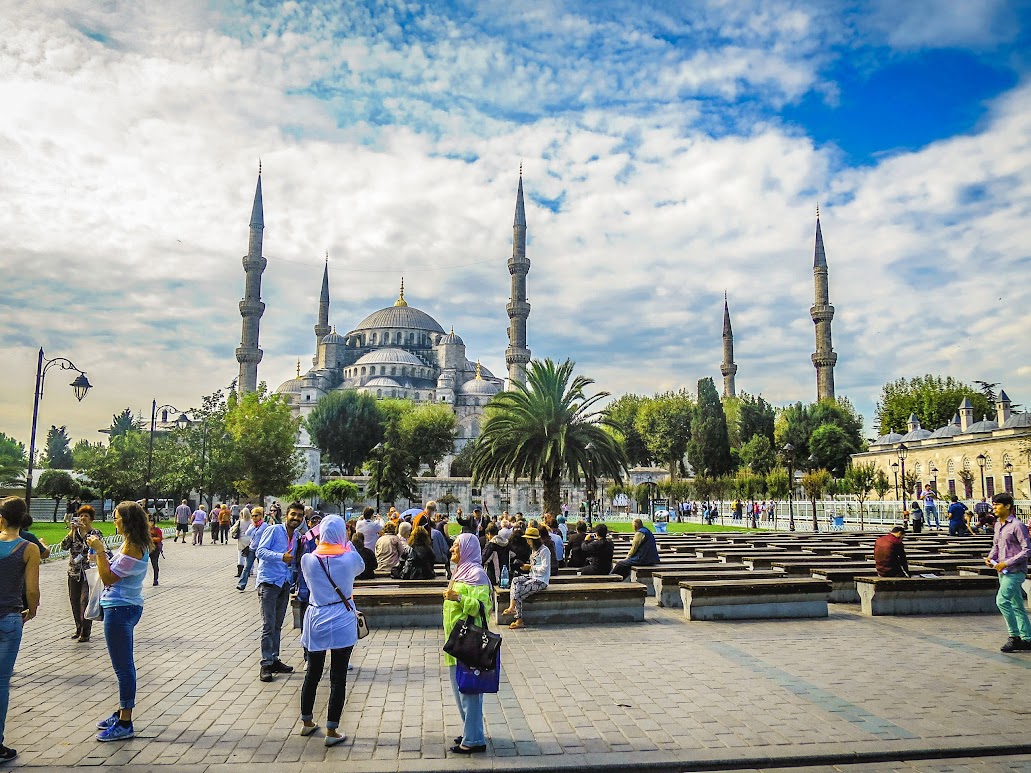 As we walked through the cobblestone streets outside our hotel the next morning, lined with an assortment of cafés, carpet stores, and souvenir shops, the spindly minarets of the 17th century Sultan Ahmed Mosque towered above the neighbourhood. Ahead of us, small groups of tourists and travelers made their quiet pilgrimage to Sultanahmet Park, where two of the city’s great monuments face each other across a wide public expanse. The morning rains had left behind a pale blue sky, and the immense structure of the mosque was like a mirage against a backdrop of translucent blue and white. It is here that I should confess to my fascination and near-obsession with Istanbul, with its heady mixture of history, geography, and memory, and where the faint traces of post-imperial melancholy can still be seen and felt, staining the monuments and dusty palaces of another age. 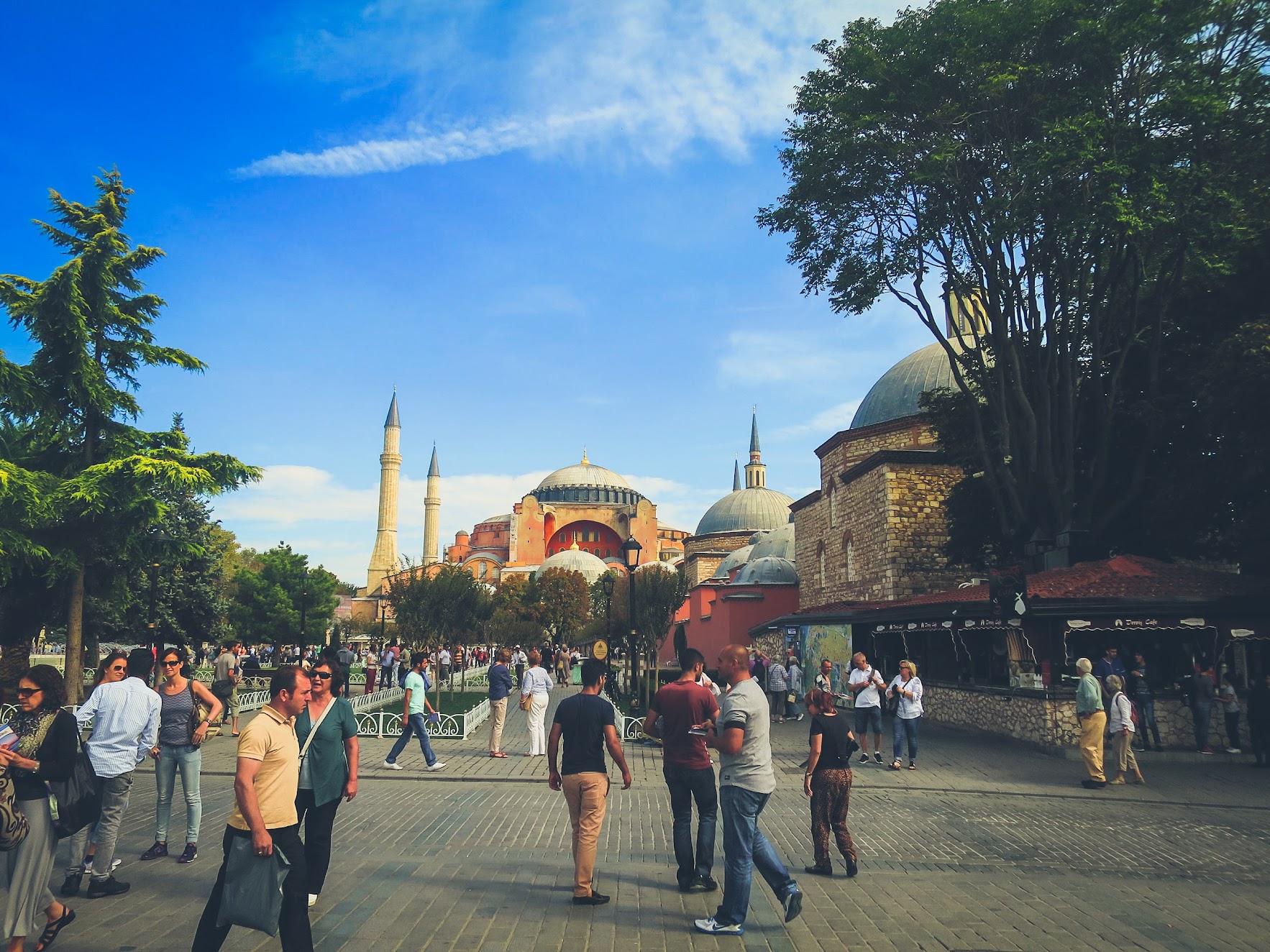 Across from the Sultan Ahmed Mosque stands the incomparable Hagia Sofia, for a thousand years the largest cathedral in the world. Built in the 6th century by Emperor Justinian, it represents the height of Byzantine architecture, coinciding with the brief revival of the Romans from their Eastern capital. Under the military leadership of Belisarius, the legendary Byzantine general, the Roman legions were pushed to their limits in Justinian’s mad dream to restore the territorial integrity of the old empire and make the Mediterranean Sea a Roman lake once again. Incredibly, they almost succeeded, retaking North Africa, Italy, the shores of the Adriatic, and southern Spain, before rapidly collapsing under the weight of ambition, internal division, and diminished manpower. Never again would Roman might and power stretch across such vast territories, and it would continue to recede in significance, wealth, and land throughout the next few centuries. The Hagia Sofia, however, stands as a defiant monument to an empire that persisted, and even flourished at times, after the fall of Rome in 476 AD. 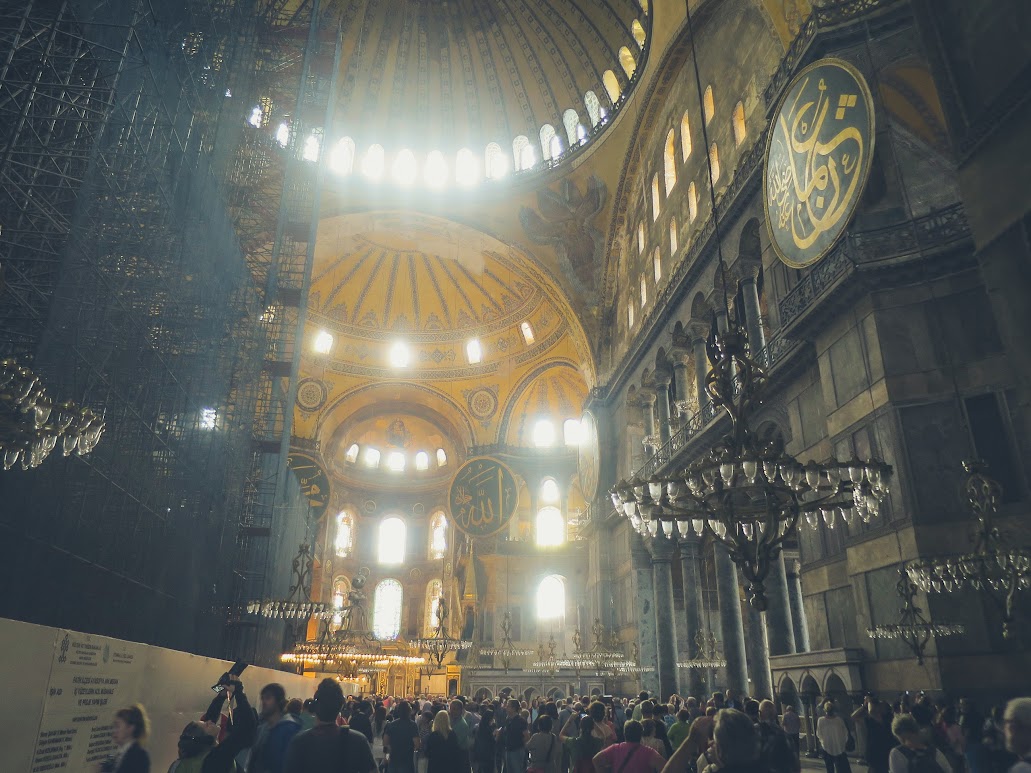 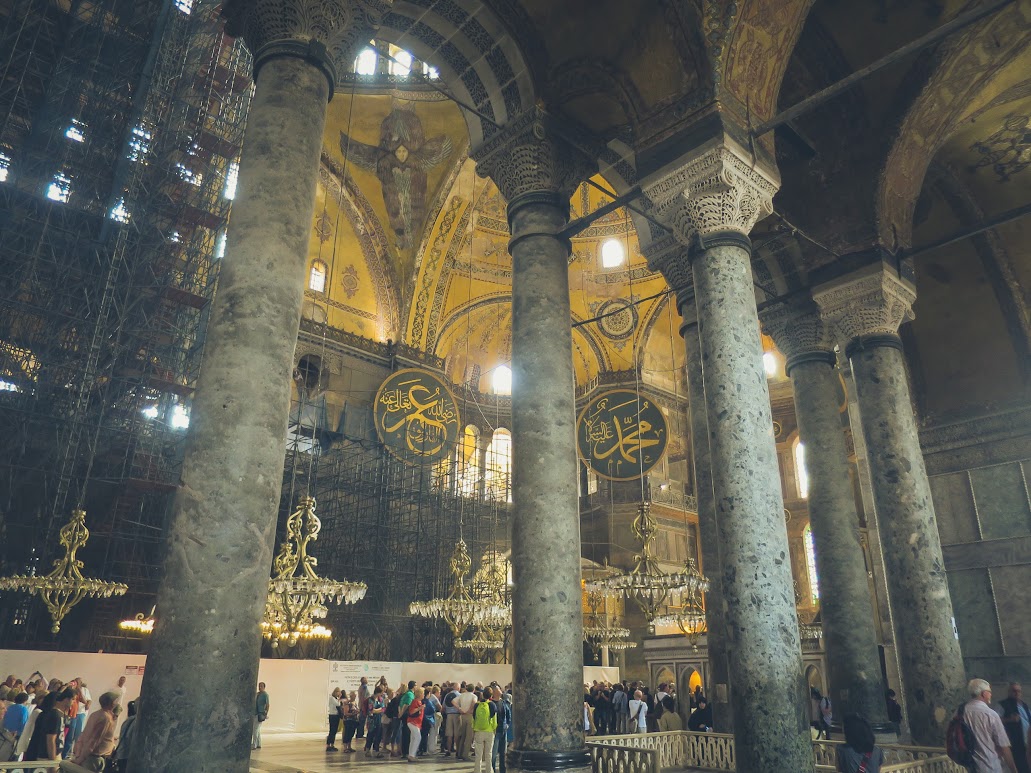 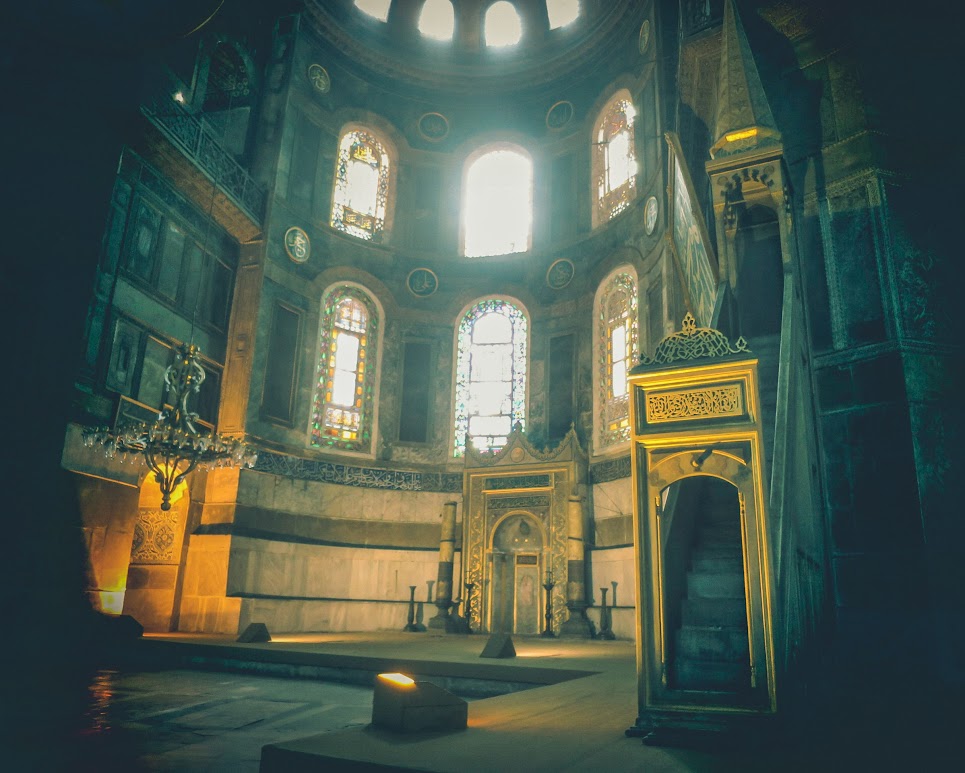 By the 15th century, the Eastern Roman Empire had been reduced to a few far-flung spits of land, dependent on the mercy of the surrounding Ottoman Empire for its very existence. Much of its territory in the Middle East had been lost in the 7th century to the armies of the emerging Caliphate, and numerous wars and invasions, including a devastating attack by Christian crusaders in 1204, left the empire broken and exhausted. By the time the tiny Ottoman Emirate began conquering territory in Anatolia and the Balkans in the 14th century, the Romans were powerless to stop them. Finally, in 1453, Sultan Mehmed II, also known as Mehmed the Conqueror, broke through the ancient city walls, bringing an end to almost 1,500 years of Roman imperial rule. The Hagia Sofia was looted and converted into a mosque, by orders of the sultan, and subsequent Ottoman sultans would restore, renovate, and build upon the existing structure, as befitting the first imperial mosque of Istanbul. 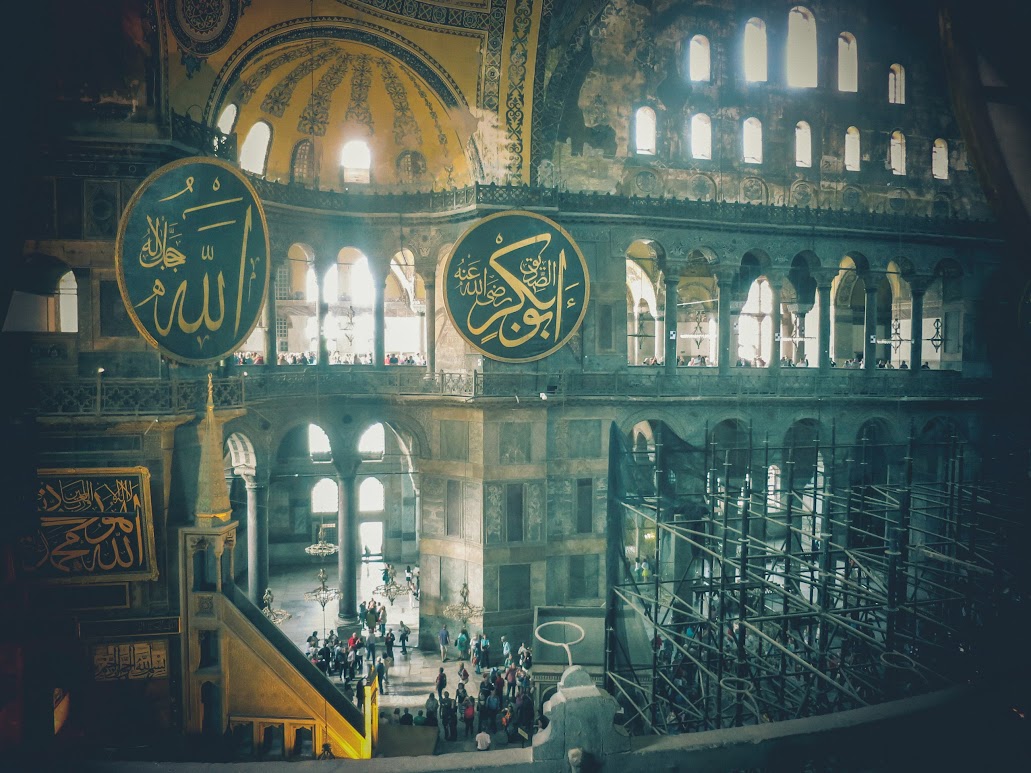 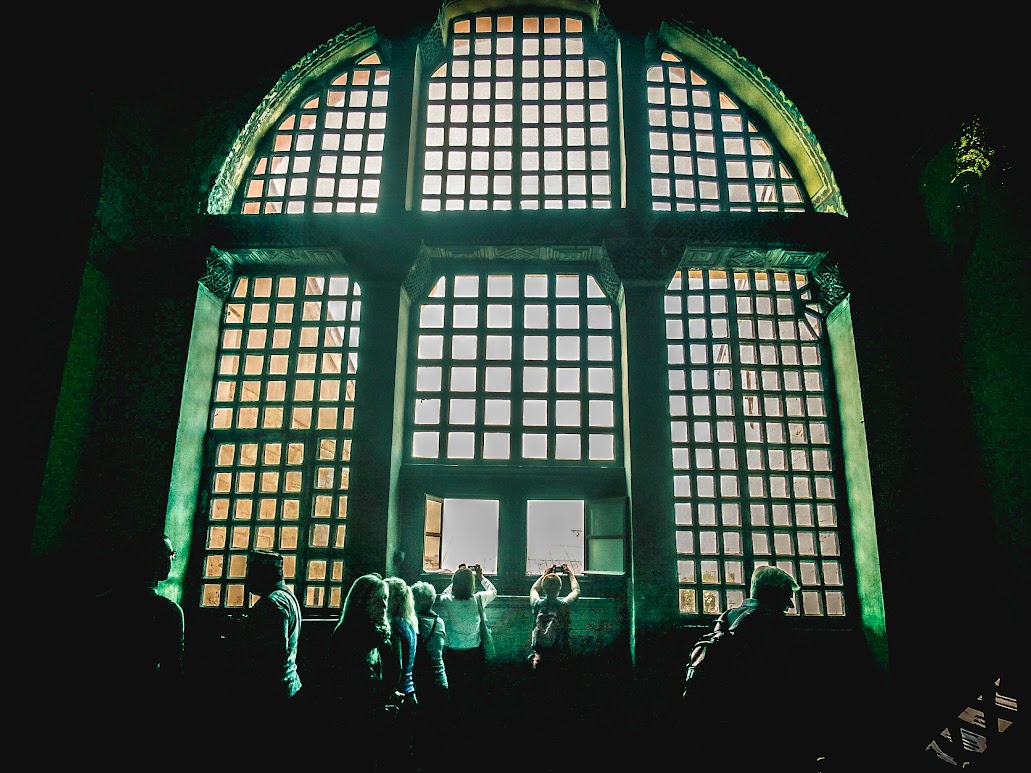 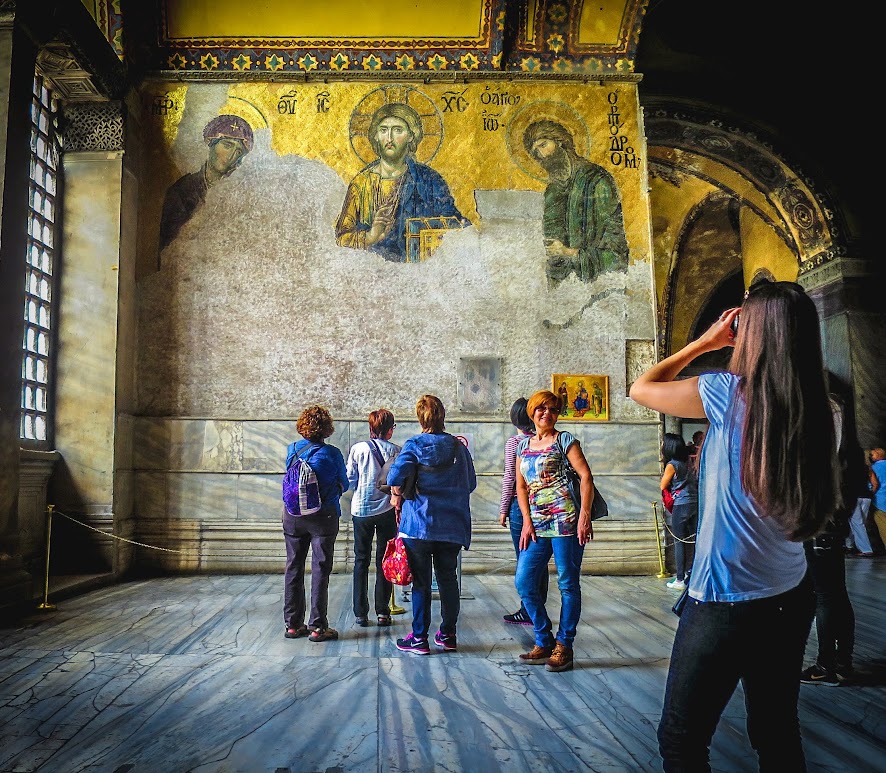 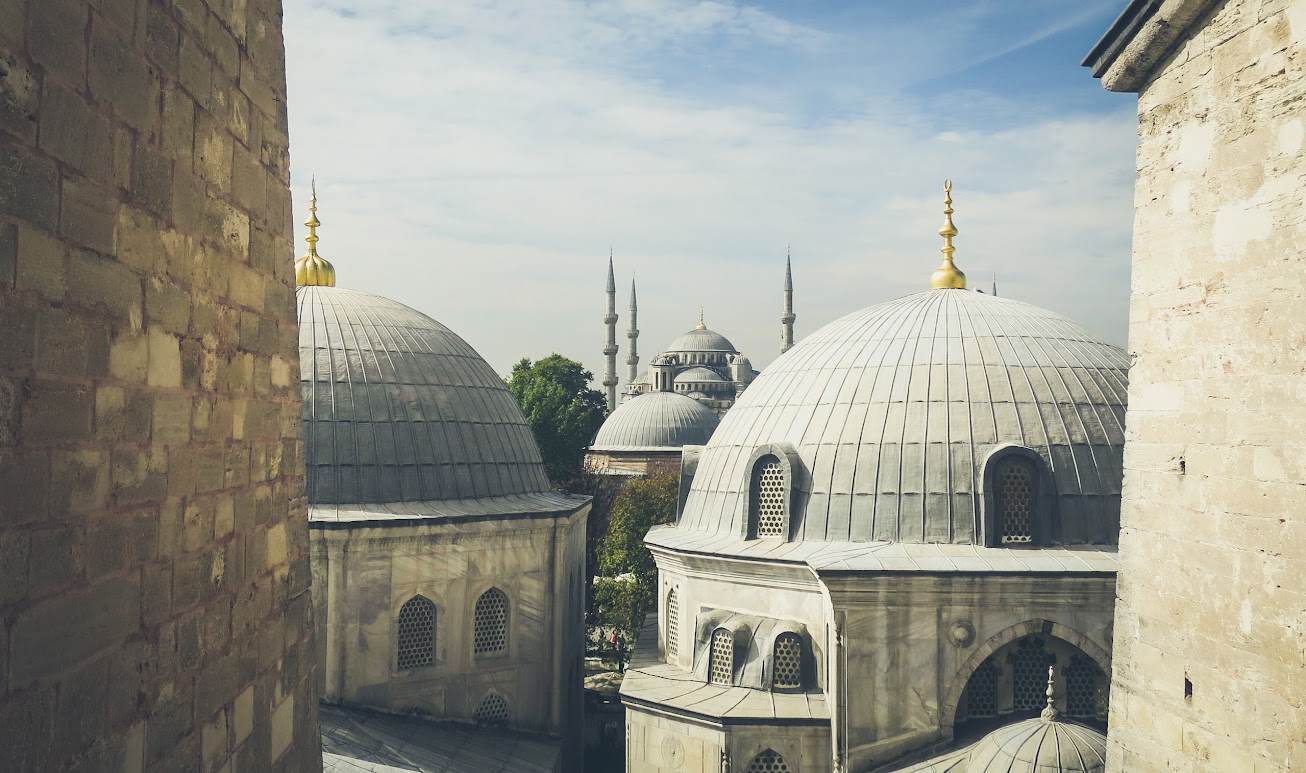 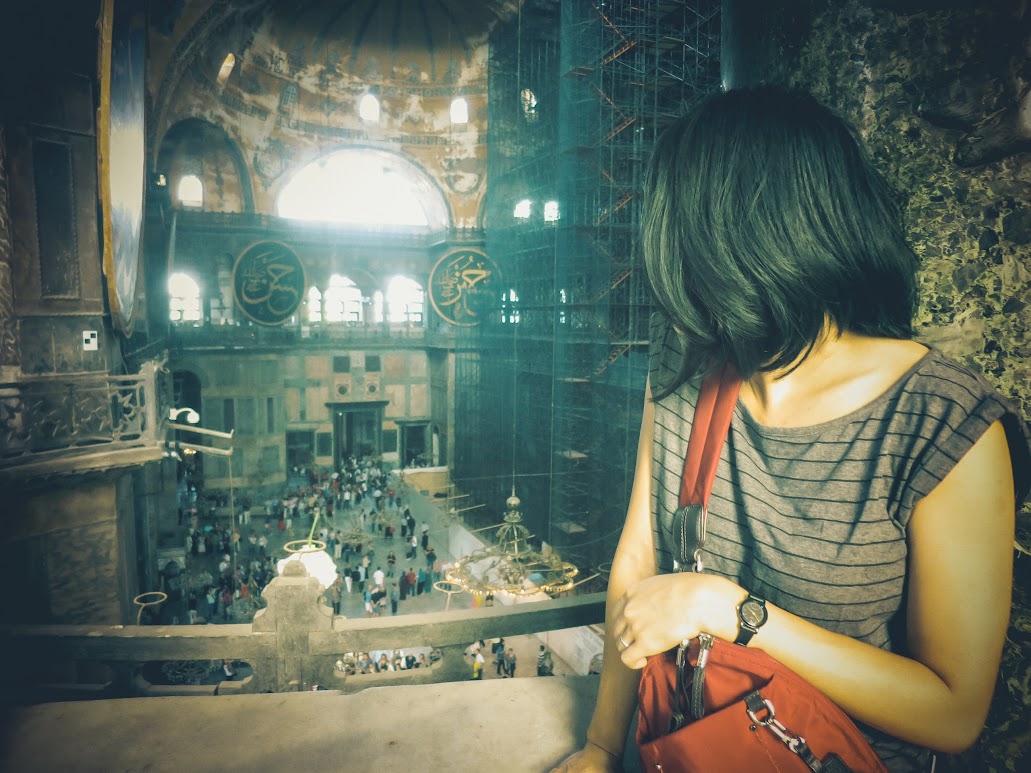 The Sick Man of Europe

No kingdom lasts forever, and by the 20th century, the once mighty Ottomans found themselves in the uncomfortable shoes of the long-gone Romans, helplessly witnessing the disintegration of their crumbling empire. Under the golden age of Sultan Suleiman the Magnificent, the Ottomans reached their peak in the 16th century, stretching from modern-day Algeria to Iraq, from the upper Nile to the very gates of Vienna. Beginning in the 17th century, however, the cracks in the veneer began to show, and over the next two centuries, the slow but steady decline of the Ottomans earned it the label of The Sick Man of Europe. Its last dying breaths were exhaled in the conclusion of the First World War, and a Turkish Republic rose from its ashes. The secularist republic converted the Hagia Sofia once again, into its current incarnation as a museum, where it currently welcomes over 3 million visitors a year into its once sacred spaces. 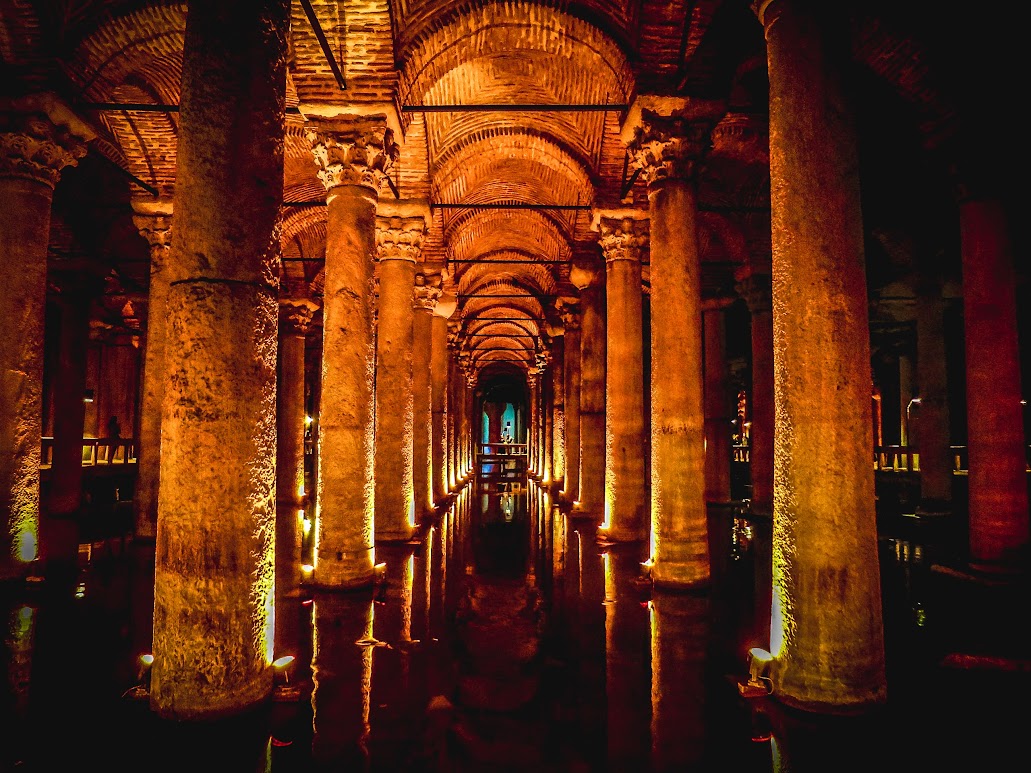 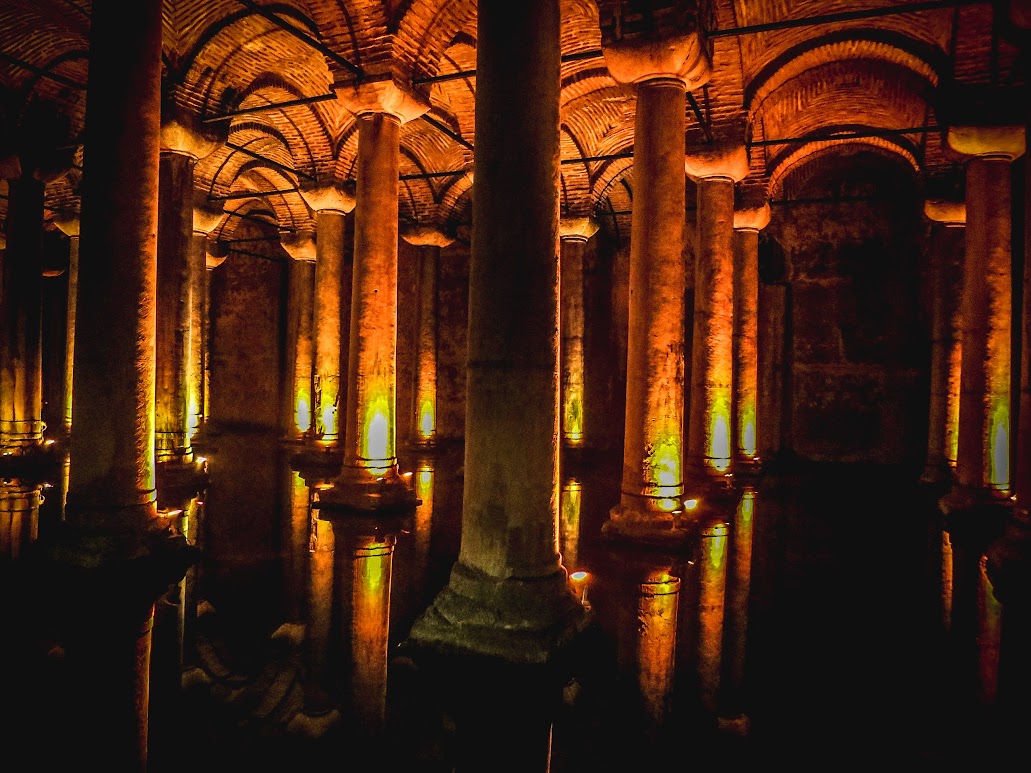 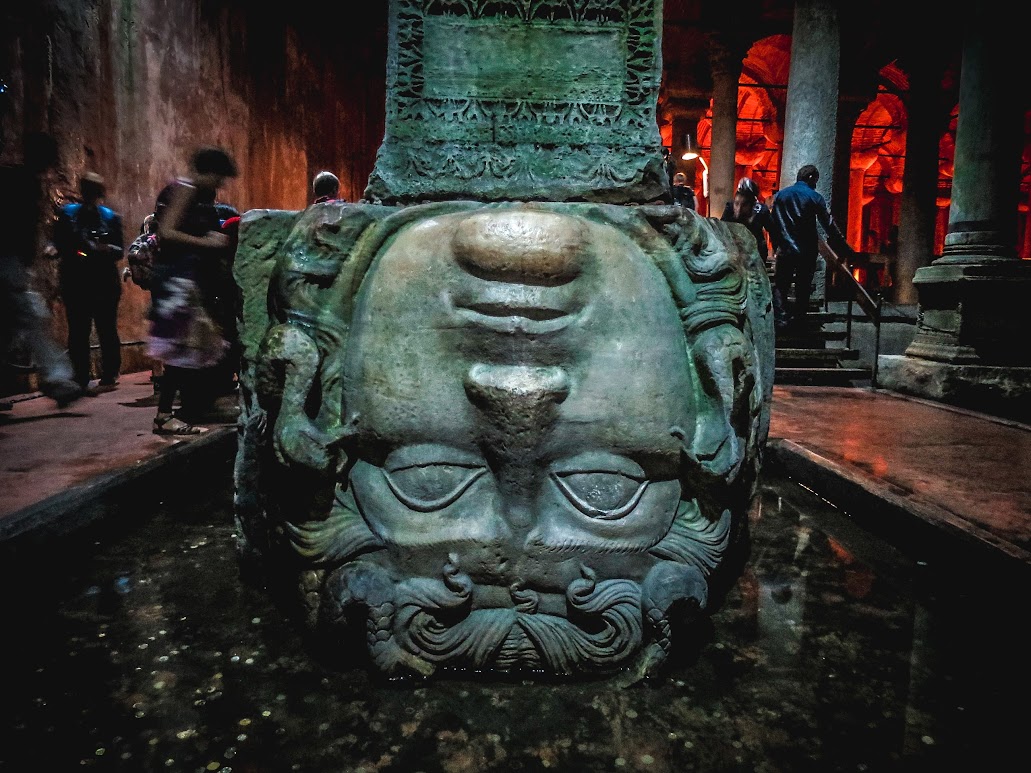 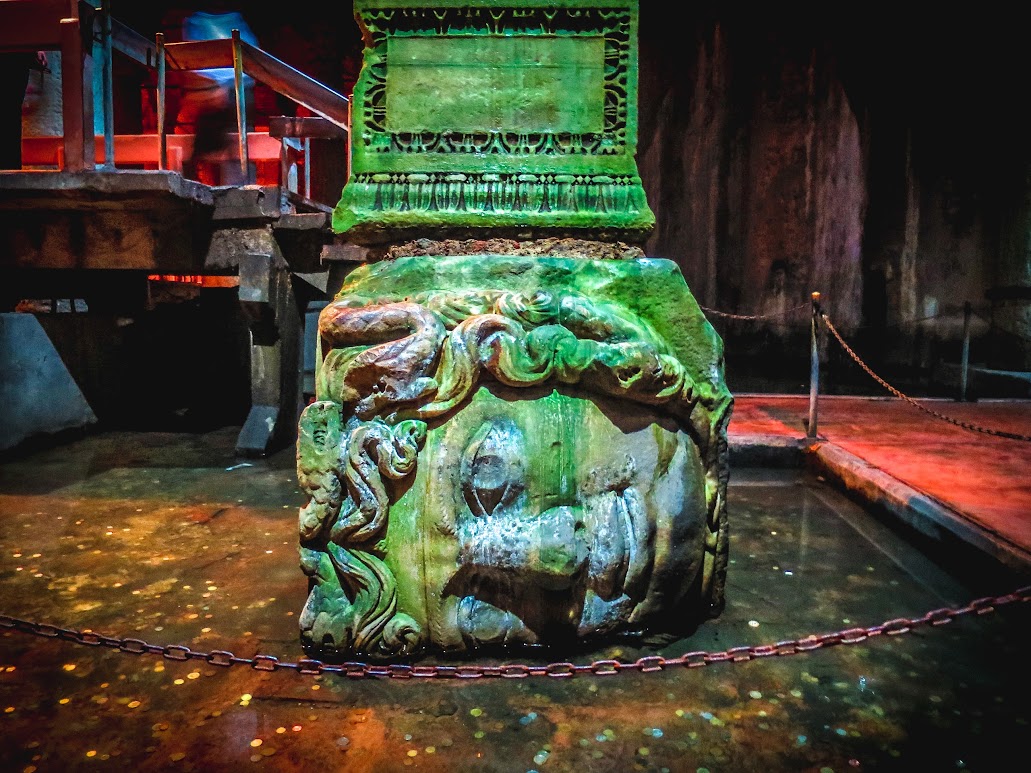 Less prominent than the two star attractions of Sultanahmet Park, the entrance to the Basilica Cistern can be found just a short walk from the Hagia Sofia. The two sites share a commonality in that both were constructed by Justinian, but whereas the Hagia Sofia occupies a cathedral-sized space above the ground, the Basilica Cistern is a similar-sized space beneath the ground. Built to provide water to the Roman Great Palace of Constantinople and the Ottoman Topkapi Palace, it is supported by over 300 columns collected and recycled from other buildings and structures, the most famous of which are two otherwise nondescript columns with Medusa foundations in the northwestern corner. The orientation of the Medusa faces have been the subject of local legend and rumour, but the most likely explanation is for reasons of practicality. 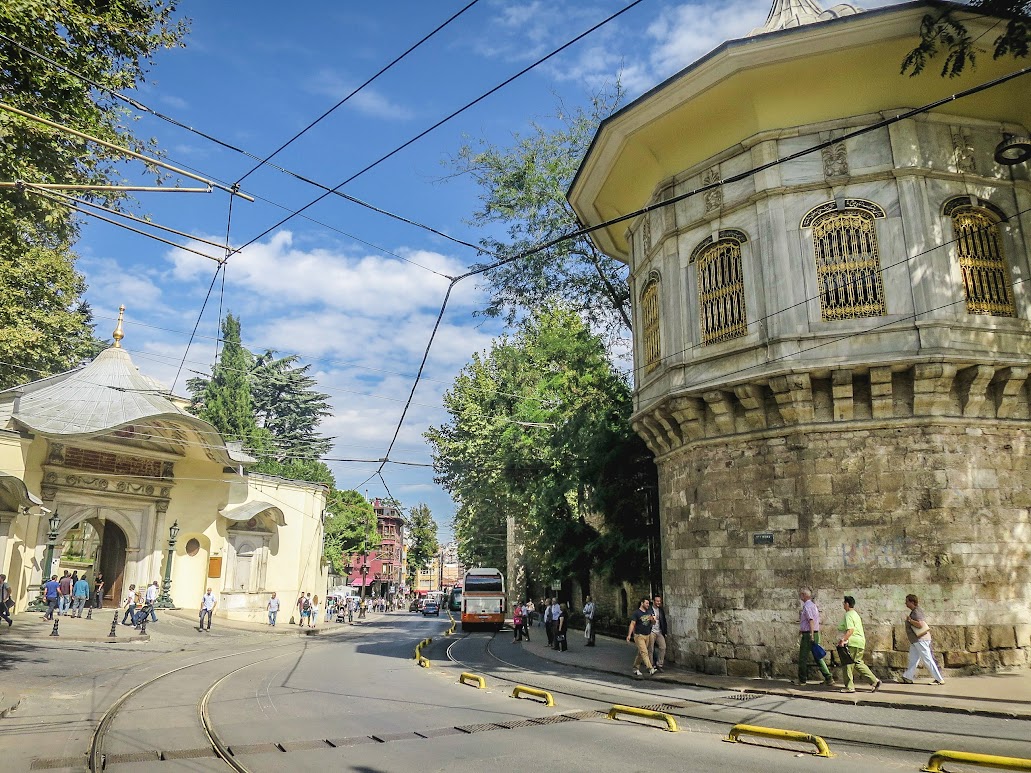 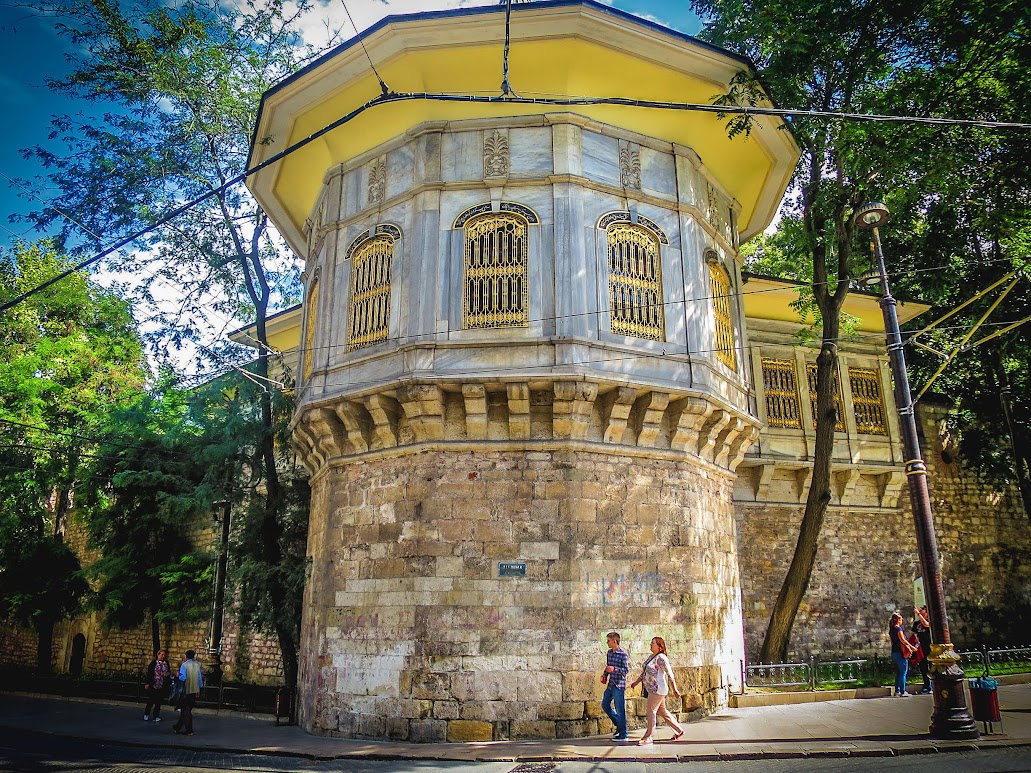 After our morning in the vicinity of Sultanahmet Park, we headed north to grab lunch in Eminönü, the heart of the city’s maritime trade wealth and naval might, along the waters of the Golden Horn. We made a brief stop in front of the fabled Sublime Porte, the gates leading into the Grand Vizier’s offices and other state departments, and a metonym for the Ottoman Empire. Across from the gate is the beautiful Alay Köşkü, or Procession Kiosk, where Ottoman sultans would observe civic and military parades in privacy. As with most imperial possessions in the Turkish Republic era, the tower has since been re-purposed into a public space, housing the Ahmet Hamdi Tanpınar Literature Museum Library. 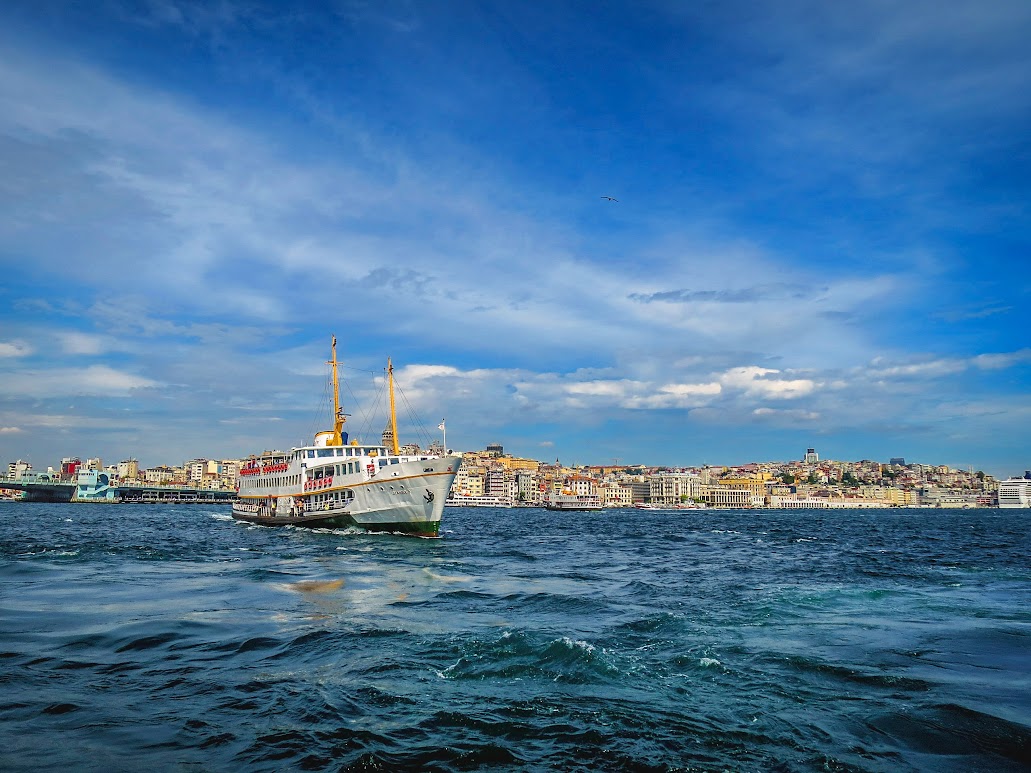 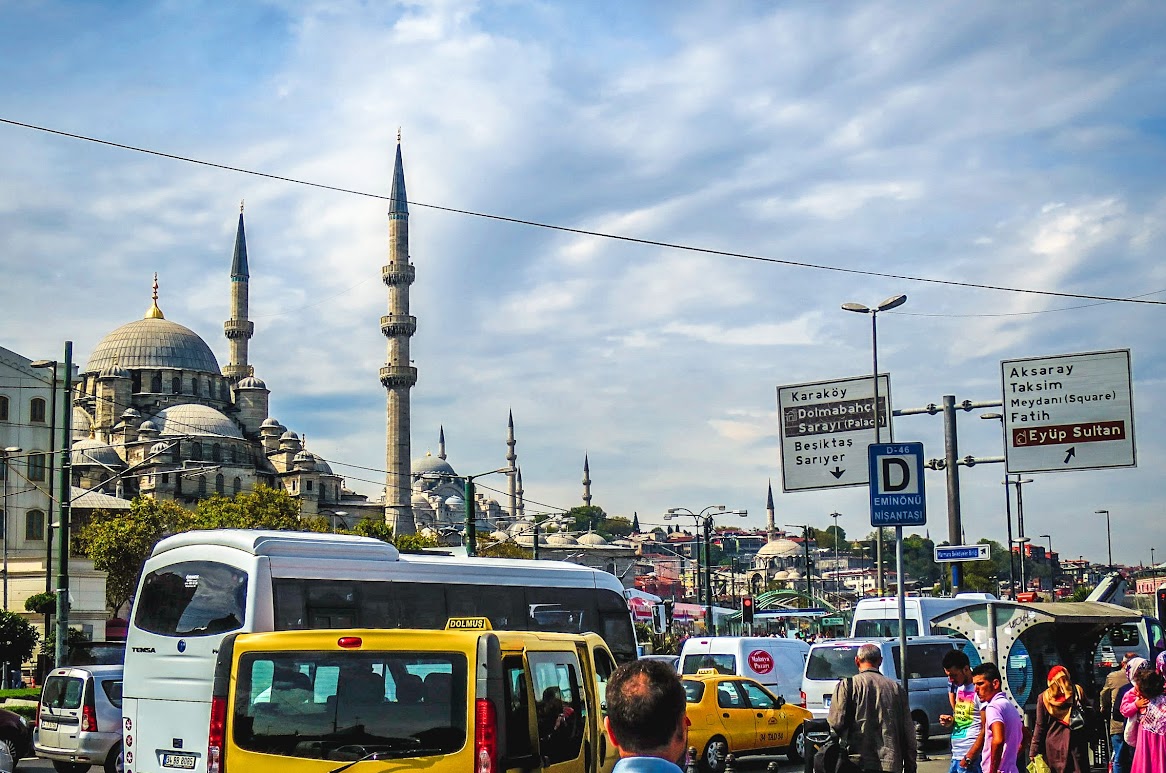 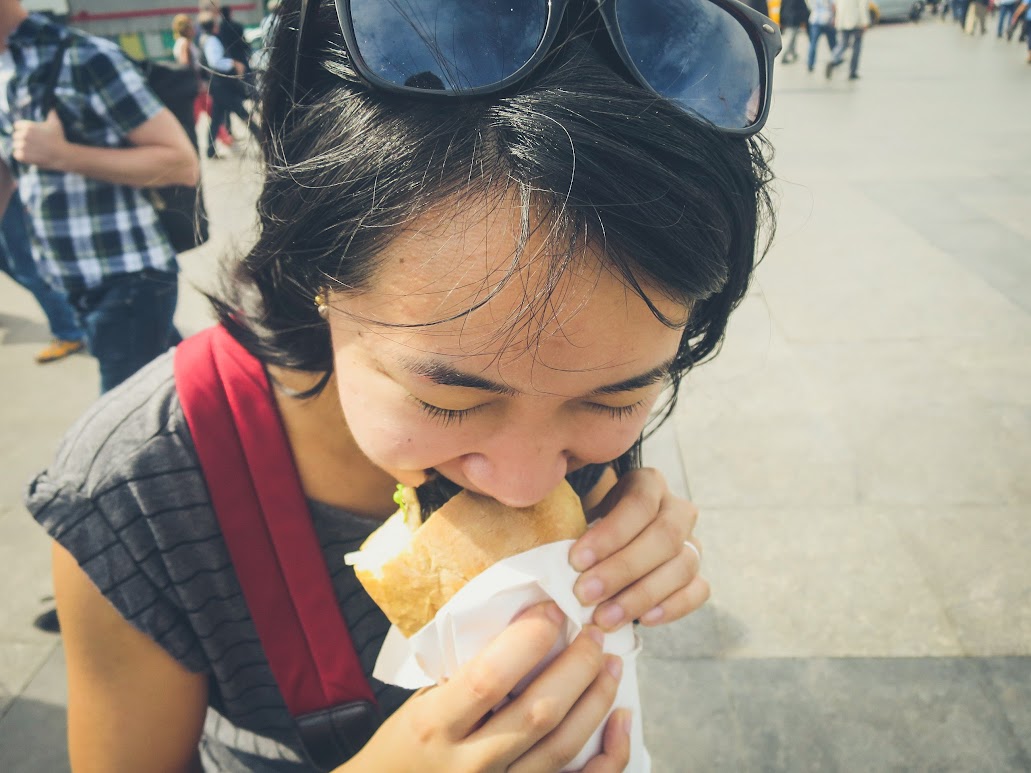 Fish Sandwiches by the Golden Horn

Eminönü would be our final destination on our busy first morning in the city. Ashley had been to Istanbul once before, and she remembered that there were food stalls scattered throughout the paved promenade and docks along the water, serving deliciously simple fish sandwiches. These seaside snacks are an institution in Istanbul, consisting of grilled mackerel, onions, tomatoes, lettuce, and pomegranate sauce, and Ashley and I eagerly chowed down on one of the best and freshest fish sandwiches I’ve ever had. We spent a few minutes watching the boats and ferries sail across the deep blue waters of the Golden Horn and the Bosphorus, before diving right back into the thick history of The City. 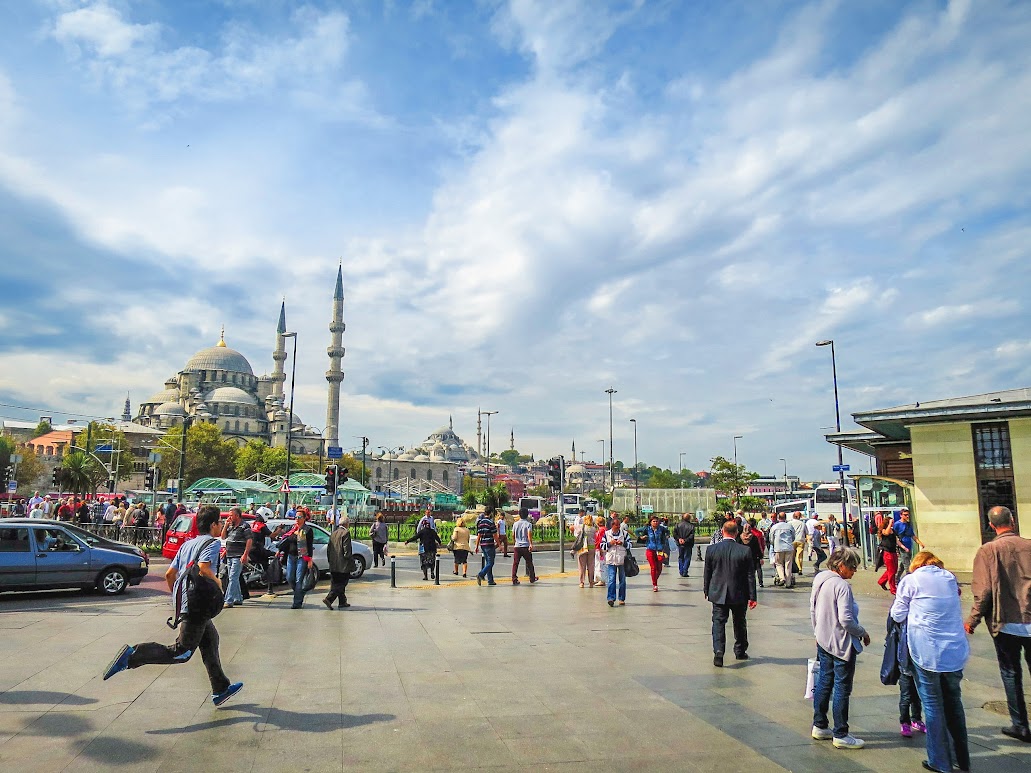