The next day started off wetter than the last, and a steady rain accompanied us as we took the tram from Sultanahmet Park to the nearby Grand Bazaar. The origins of the Grand Bazaar, in its Ottoman incarnation, go back to the earliest days of Turkish Istanbul, with the creation of a textile market by Mehmed II in 1455 AD. Some years later, a second market area was established for luxury goods, and, for a while, the two markets operated independently, separated by the ruins of an old church. Over time, merchants began setting up their own stalls in the ruin-filled gap, and, by the beginning of the 17th century, the Grand Bazaar had essentially acquired its final form. At the height of Ottoman power and influence, its frantic streets and alleyways were the source of immense wealth, due to the empire’s control of trade routes between Asia, Europe, and Africa. Its variety, quality, and nature of goods were greater than any market in Europe by far, and rumours of the mysteries to be found within fueled Western imaginings of the Grand Bazaar for centuries. It was also the great meeting place of the city, as commoner and royal alike could be found mingling in the crowded corridors, shopping and admiring the fruit of imperial might and power. 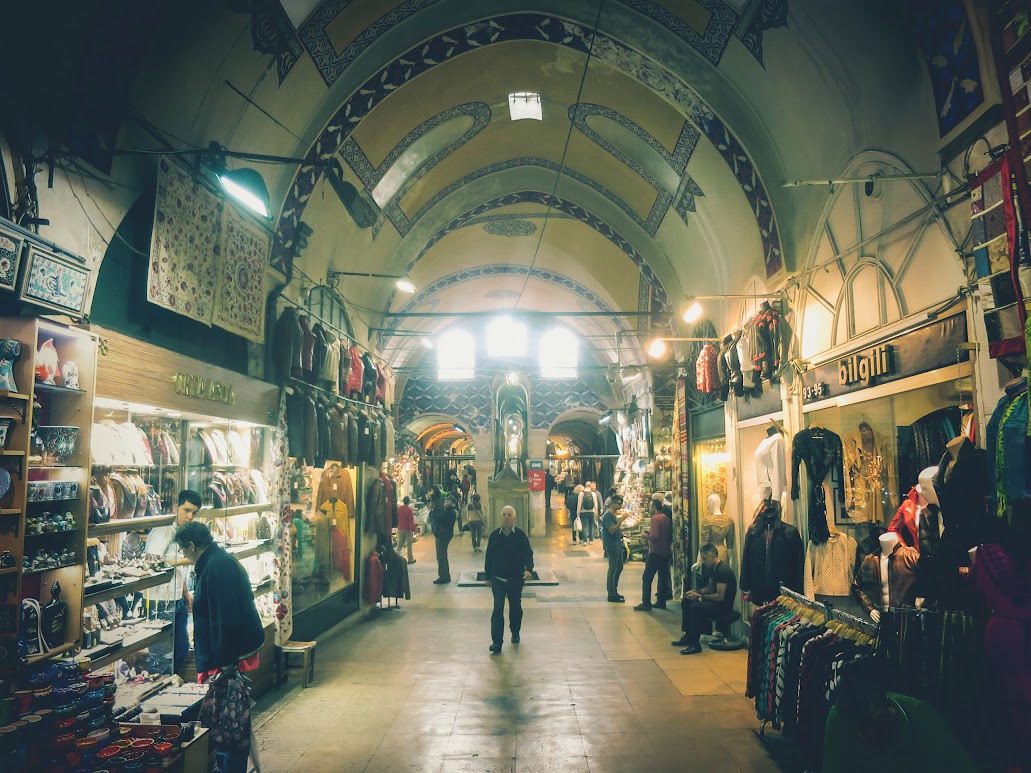 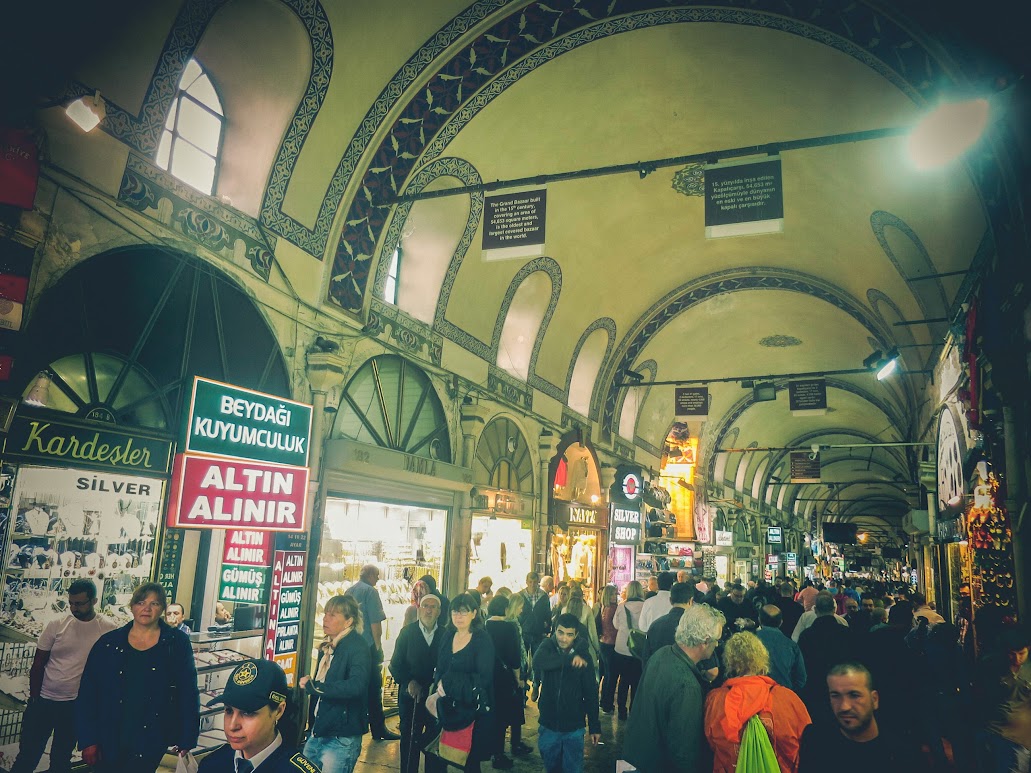 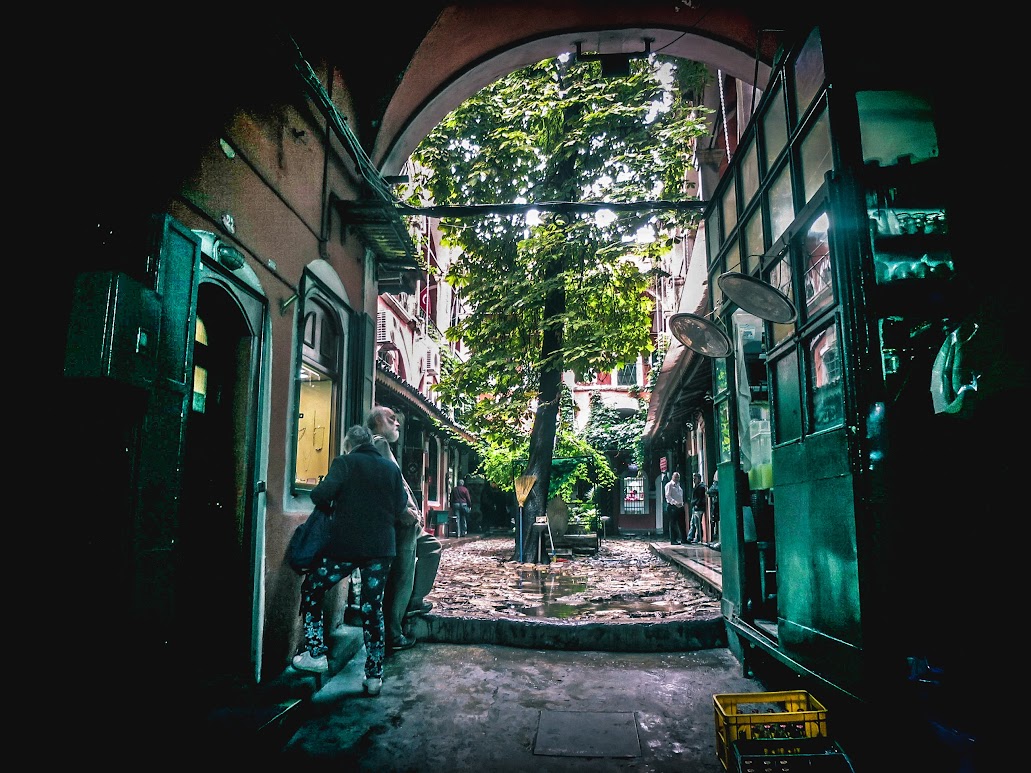 By the 19th century, the Grand Bazaar had entered into its slow decline, though it remained one of the great marketplaces of the world. Increasing competition from European textiles, the opening up of alternate sea trade routes, the general weakening of the Ottoman state in European geopolitics, and the growing popularity of European-style goods all contributed to the gradual shift away from the culture of the old bazaar. In recent years, it has experienced a revival as a tourist destination, though its trade nowadays is mostly in the memory and nostalgia of days gone by. The normally bustling market was largely empty that morning, and as we walked through its wide corridors, my imagination filled in the landscape with impressions of the Grand Bazaar in its heyday. We sat down to warm our hands and souls with a kettle of hot apple tea, watching the market slowly fill with the late morning crowds, and pretending that places like these were still relevant in a world of increasing globalization.  When the weather showed signs of improving, we left the shelter of the covered market with a few Iznik ceramic coasters and ventured back into the timeless streets of Istanbul. 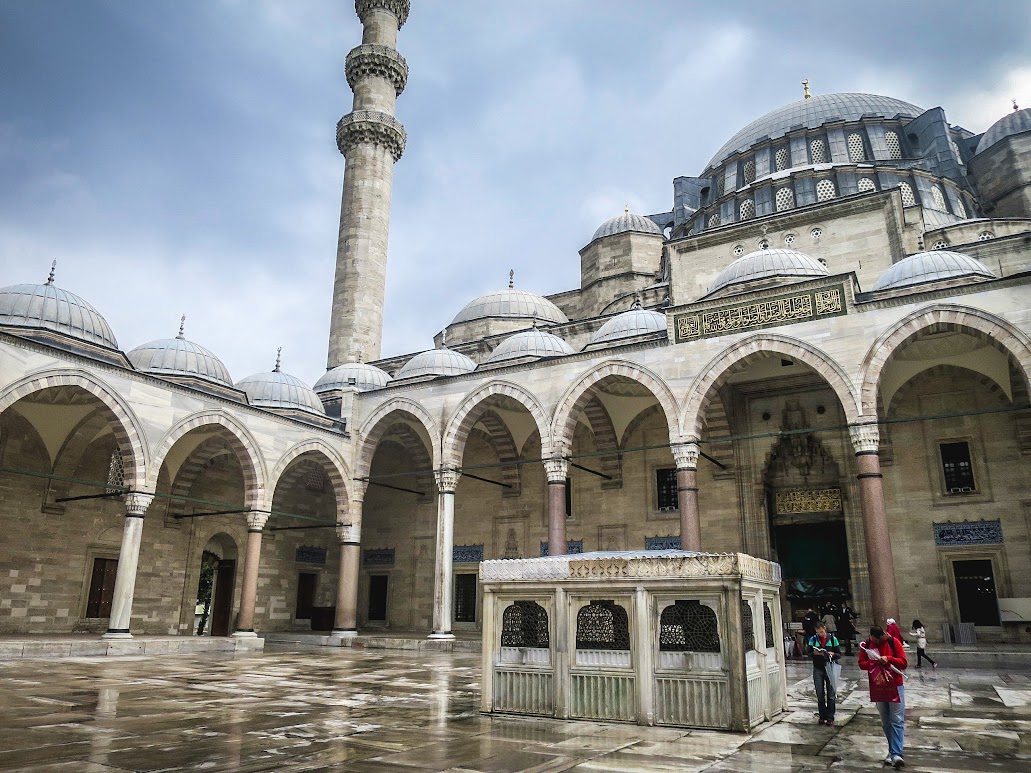 From the Grand Bazaar, we set off on foot for Süleymaniye Mosque, the largest mosque in Istanbul and perhaps the most iconic monument to the 16th century golden age of the Ottoman Empire. After the Hagia Sofia, this was the place I was most eager to see with my own eyes, looming large in my imagination of the city on the Bosphorus. Getting there was a bit confusing, and there was no small amount of wandering through residential streets and empty lots to find the entrance. Like Sultan Ahmed Mosque, Süleymaniye continues to function as a mosque for the residents of Istanbul, but unlike the wide parks and spaces that surround and elevate the former, the latter is firmly embedded into the surrounding neighbourhoods. Upon first approach, The grand entrance into the courtyard can be surprising, standing in contrast to the humble housing below the domes and minarets. 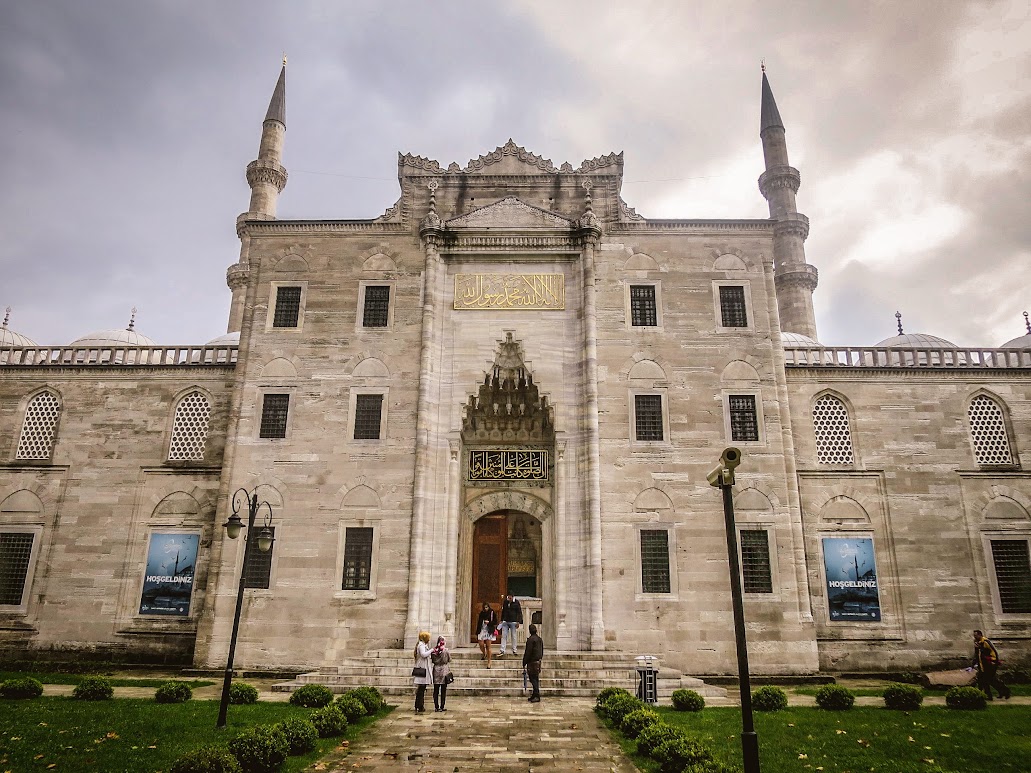 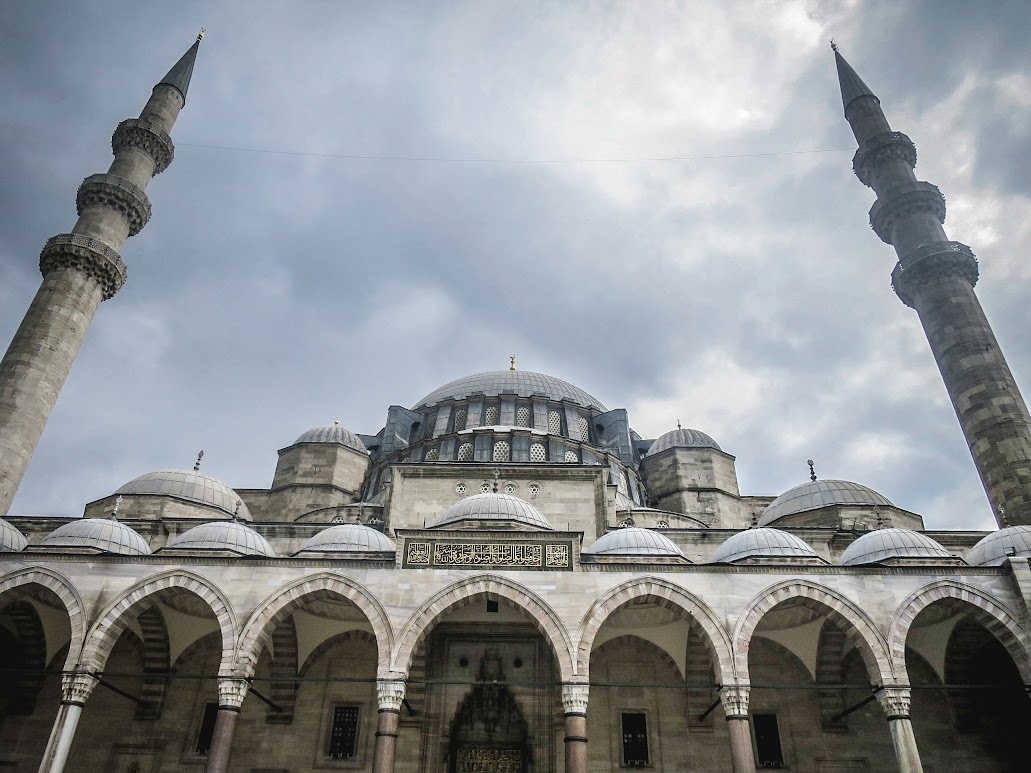 To understand my enthusiasm for the Süleymaniye Mosque, it is necessary to say a few words on the ruling sultan of the day, along with his chief architect. Sultan Suleiman I, known to the West as Suleiman the Magnificent and to the East as Suleiman the Lawgiver, ruled for 46 years, from 1520 to 1566 AD, the longest reign in the history of the Ottoman Empire. During his years on the throne, the empire reached its absolute peak in political, military, and economic power. He personally led 13 military campaigns, expanding Ottoman sovereignty into Serbia, Hungary, Mesopotamia, and North Africa, while his navies dominated the waters of the Mediterranean, the Red Sea, the Persian Gulf, and even into the Indian Ocean. Within his own borders, he enacted several legislative reforms that consolidated and refined the disparate laws of the past into a single legal code, promoting the just treatment of the marginalized and oppressed, and he constructed numerous hospitals, soup kitchens, libraries, and schools for his citizens. Under his patronage, a distinctly Ottoman cultural expression flowered and bloomed in the areas of literature, poetry, painting, metalworking, and architecture, and it was through the latter that he wished to beautify and elevate his imperial capital. 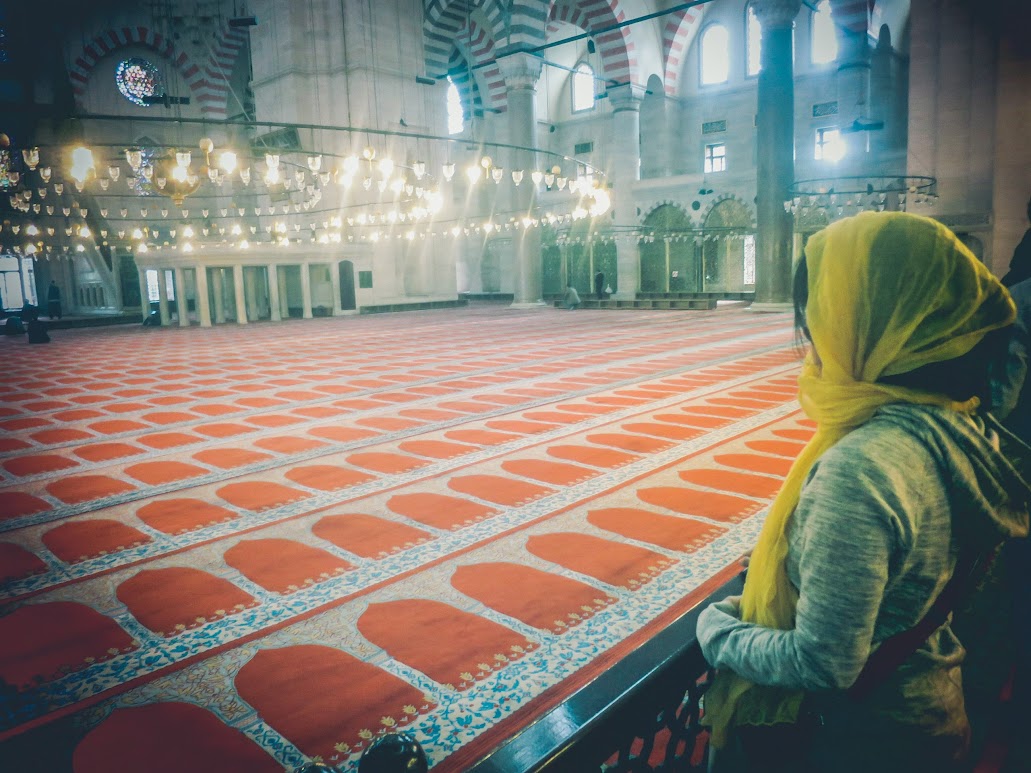 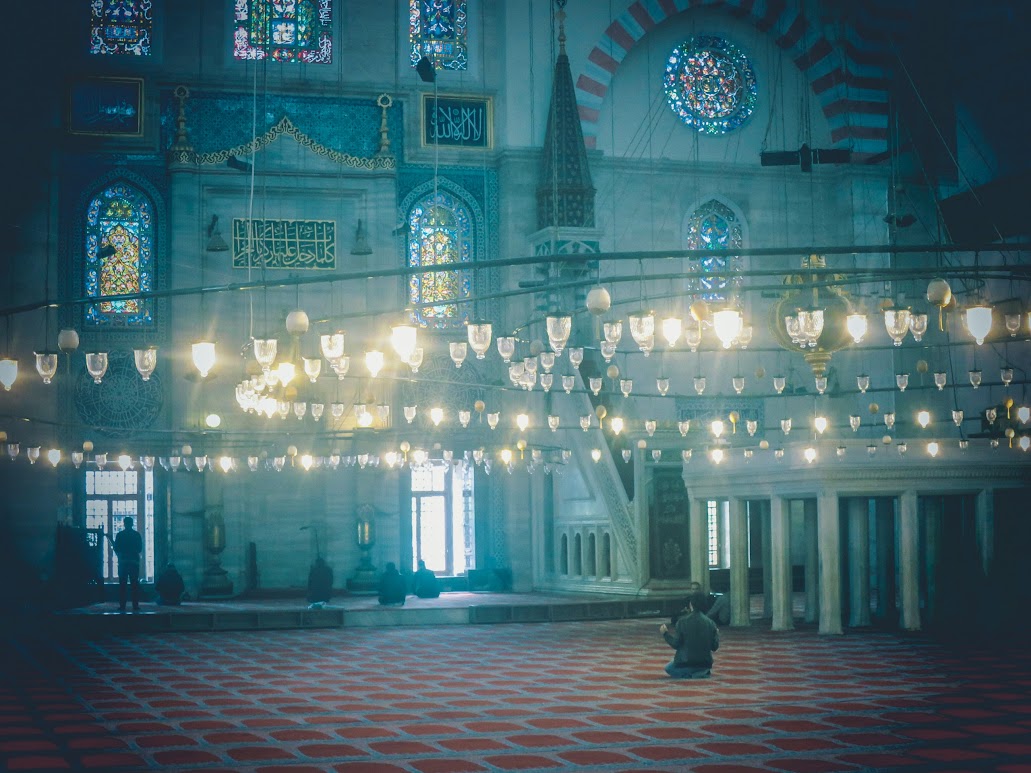 His star and chief architect was a man named Mimar Sinan, the greatest and most celebrated architect in Ottoman history, responsible for over 300 major projects and buildings throughout the empire. It was he who designed and built the Süleymaniye Mosque, in accordance with the sultan’s ambitions to surpass both the builder of the Hagia Sofia, Emperor Justinian, and King Solomon, who constructed the First Temple in Jerusalem. With the completion of the monumental structure, Suleiman I’s legacy was cemented into the very foundations of Istanbul, and it stands to this day as a testament to the tremendous influence and wealth he lavished over his city and his empire. These were the images and thoughts occupying my imagination as I entered into the large western courtyard, and then through the doorway into the hushed spaces underneath the dome. 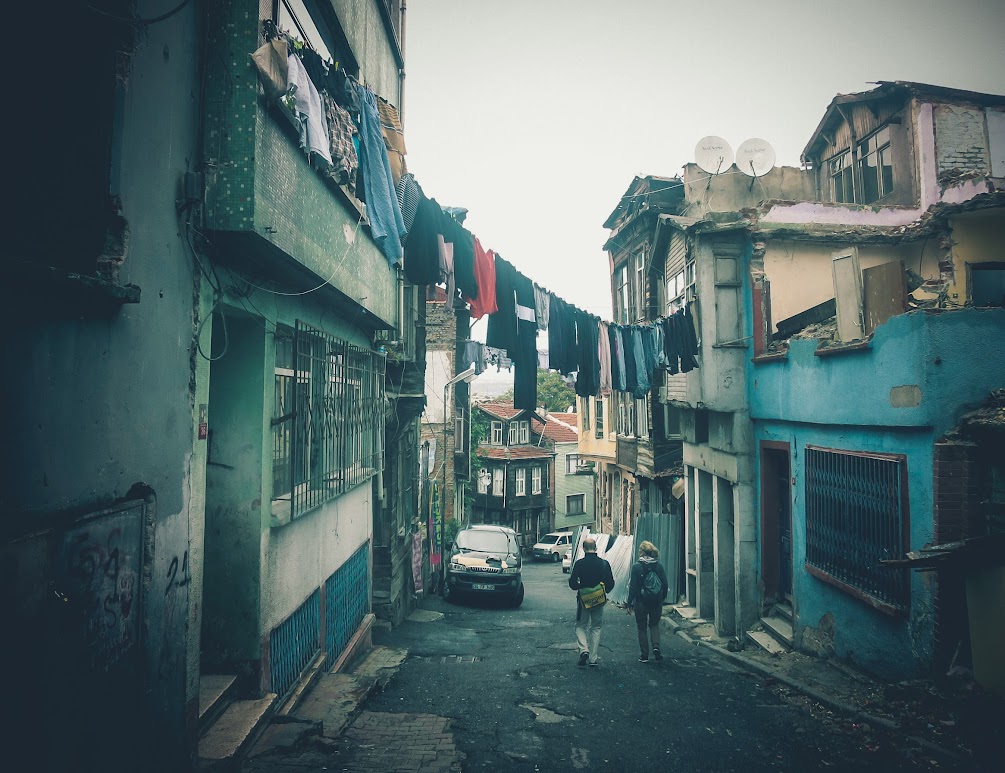 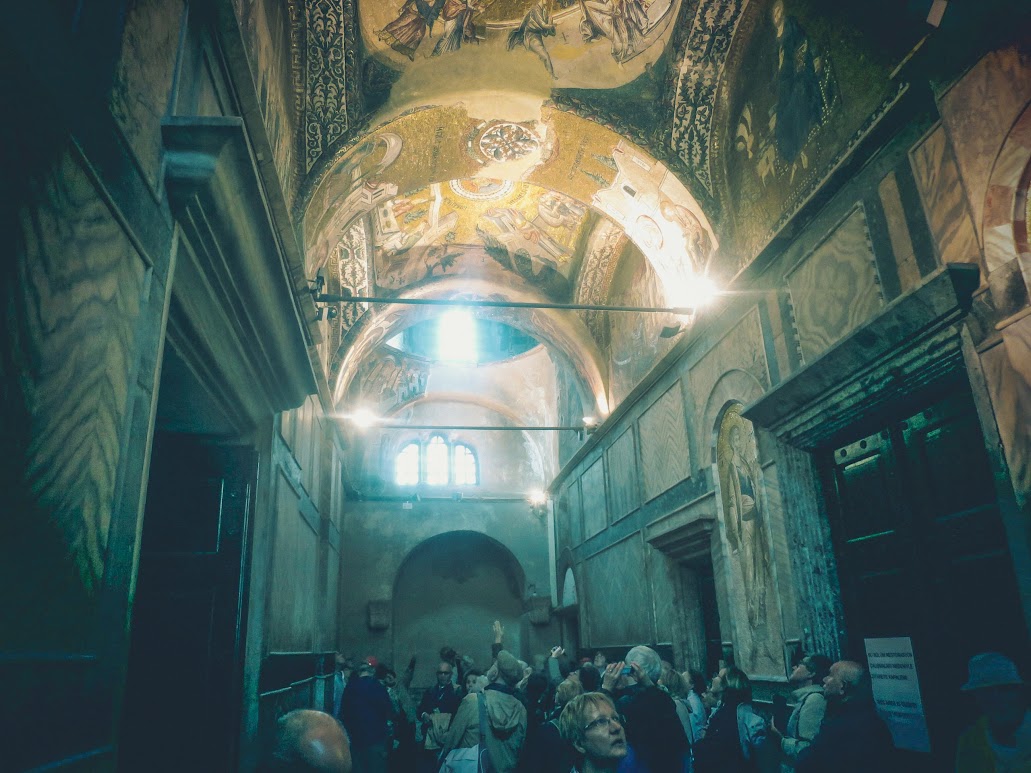 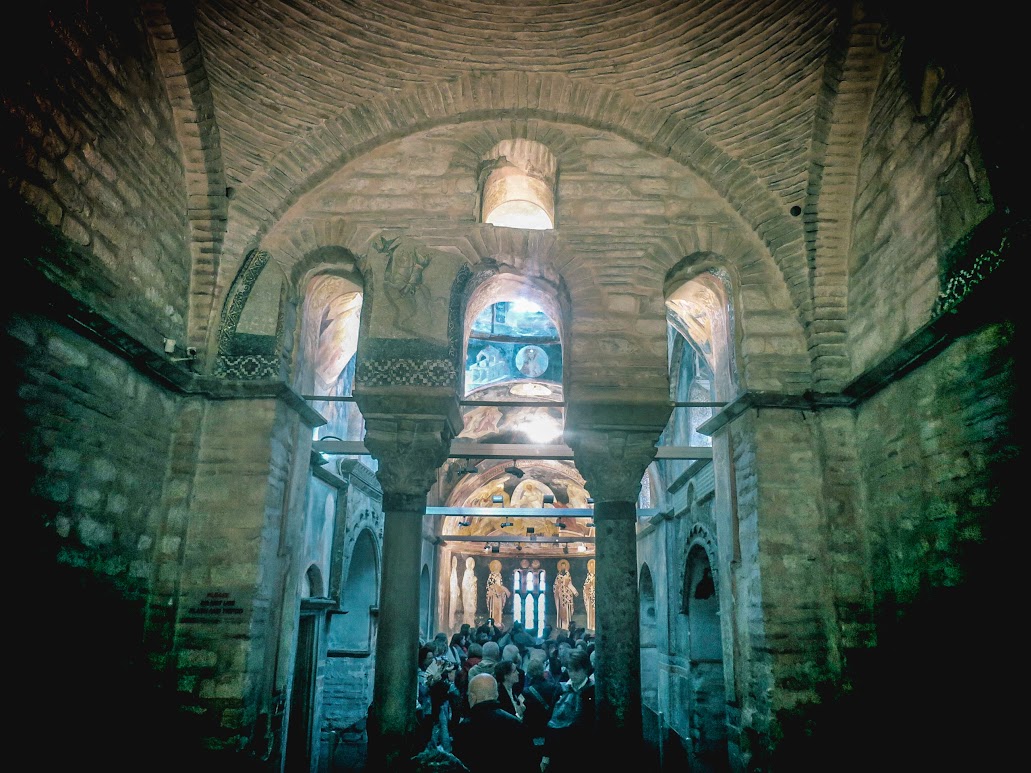 The sleepy atmosphere inside the mosque was extremely conducive to heavy eyelids and afternoon naps, and we struggled to rouse ourselves from the depths of our daydreams. We stumbled back onto the wet pavement and empty streets outside and caught a cab to the very western margins of the Fatih district. There, nestled up against the walls of the city, stands an ancient church known as the Church of the Holy Saviour in Chora, or simply, the Chora Church. To be honest, this was not high up on our list of things to see, but it seemed interesting enough to stop by on our way to see the Theodosian Walls. Unfortunately, a major renovation work was happening while we were there, and much of the interior was made inaccessible. We hung around for a bit, just to make the journey worth our while, but there wasn’t much to see after the first go-around. So then, off to the walls!

Just around the corner from the Chora Church stand the Roman Theodosian Walls, named after Emperor Theodosius II, who constructed the double walls in the 5th century AD. This defensive system guarded the city from landward attacks for a thousand years, allowing it to thrive and flourish in the face of countless hostile, external forces. Without these walls, Constantinople might never have become the second city of the Roman Empire, and it might never have survived the massive migrations of European and Asian peoples that swamped the Western Romans and led to its eventual downfall. From behind these mighty battlements, Emperor Justinian sent his armies to campaigns in Italy, North Africa, and Spain in the 6th century, Constantine IV and Leo III held out against devastating sieges by the Caliphate in the 7th and 8th centuries, and the Komnenian emperors led an economic and military revival of the empire in the 11th and 12th centuries. I imagine that the bricks and stones making up the Theodosian Walls carry with them a millennium’s worth of memories, tracking the ebbs and flows of the last remaining outpost of Roman civilization. With the advent of the cannon and the gunpowder age, these proud walls were made obsolete, and the Ottomans made full use of the destructive power of fire and ash to finally breach the once impenetrable curtain.

The City and its Suburbs

Ashley and I clambered onto the walls and wandered in and out of the gates and gaps along its length. The city and its suburbs had expanded well beyond the ancient margins, but I still felt exposed when standing on the wrong side of the wall, acutely missing the security of the walled city. Neighbourhood kids ran and played on the road that hugged the inside face of the wall, and the setting sun cast the moving figures in deep shadow. Houses, schools, and mosques passed us by, forcing the mundane of the everyday into my limited imagining of an ancient city, and I was reminded of the immediacy of Istanbul’s present. Eventually, we came across a tram that would take us back into the historical heart of the city, near Sultanahmet Park, and, just like our arrival on the first night, we entered the city under cover of darkness. 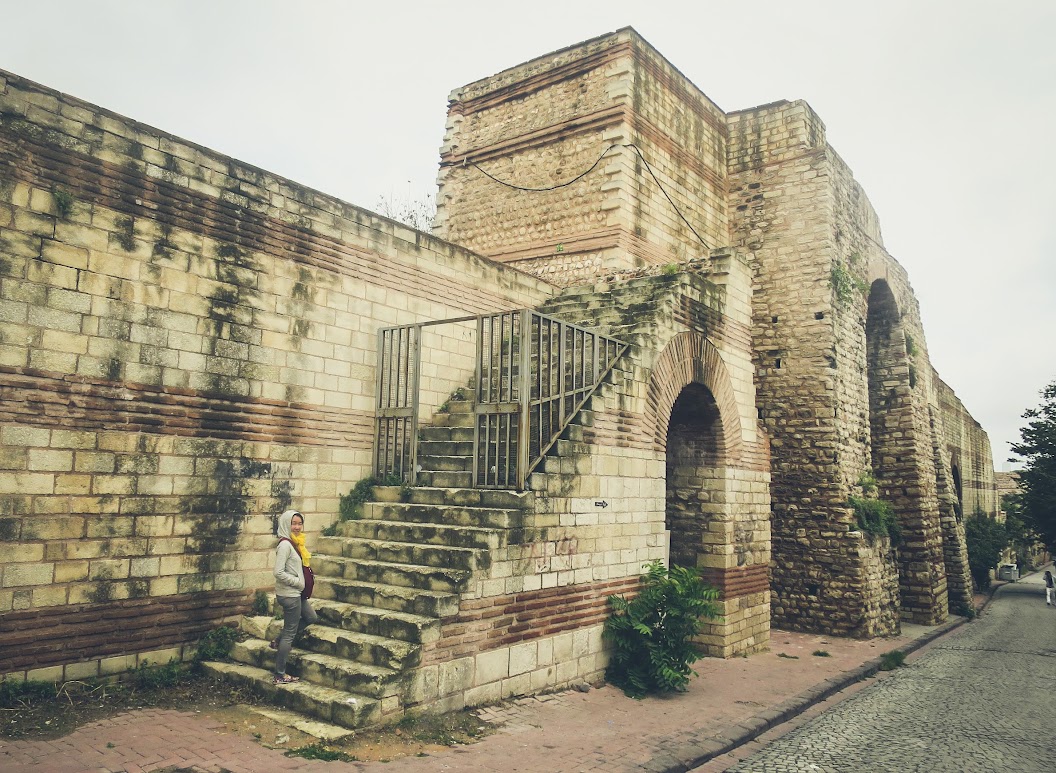