Sandwiched between the Italian peninsula and the Balkans, the Adriatic Sea is one of many bodies of water that make up the Mediterranean basin. The various empires and city-states that once ringed its placid shores are a laundry list of some of Europe’s most renowned civilizations, stretching back to antiquity, though you might be hard-pressed to name the modern-day countries that share the ancient waterway. Its reputation as a holiday destination dates back to Roman times, particularly on the Croatian coast, and the Adriatic tourism industry has risen to new heights in recent years. The Croatian city of Dubrovnik, for example, has gained massive exposure as the stand-in for King’s Landing, of HBO’s Game of Thrones fame. 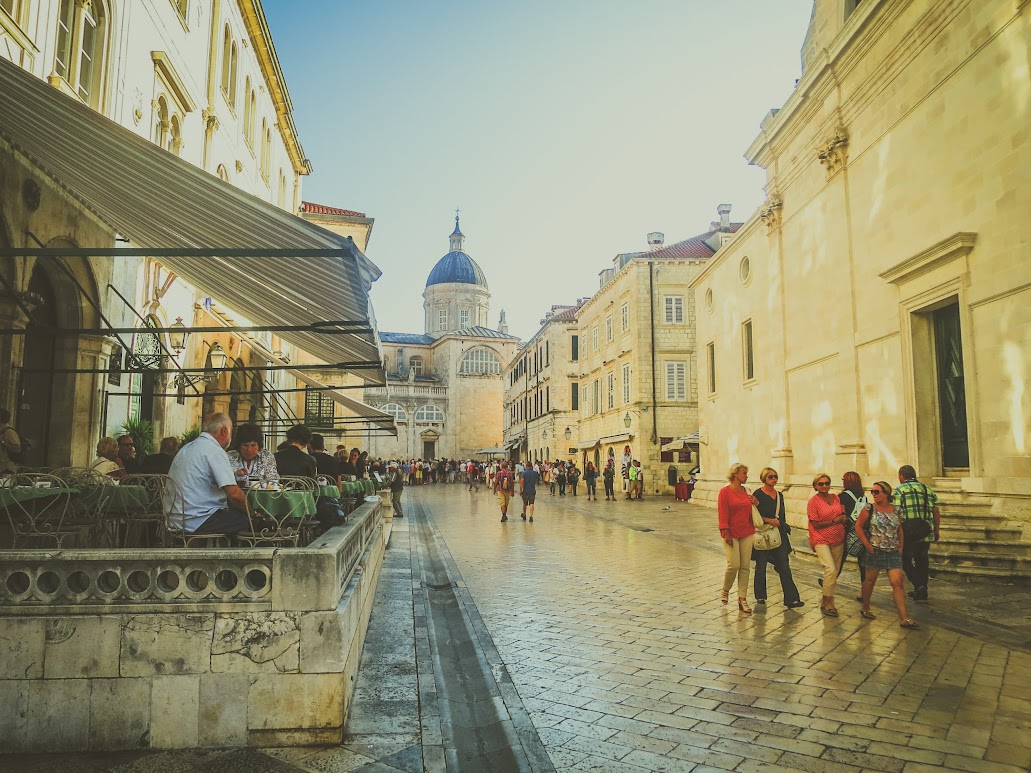 We flew from Istanbul to Dubrovnik in the morning, with a brief layover in Zagreb. Once out of the terminal, we took the shuttle bus running between the airport and the old town, where we had earlier arranged to meet our Airbnb host, Zvonko. There was some difficulty in finding our exact rendezvous location, but after borrowing a phone from a friendly shopkeeper, we were able to spot him in the crowd. He led us into one of the side streets running off of Stradun, the city’s main thoroughfare, and through a quick series of lefts and rights before arriving at his apartment. After showing us around the cozy studio space, the afternoon sun streaming in through the tall windows, we were left alone to settle in and figure out our first day on the sunny Adriatic. 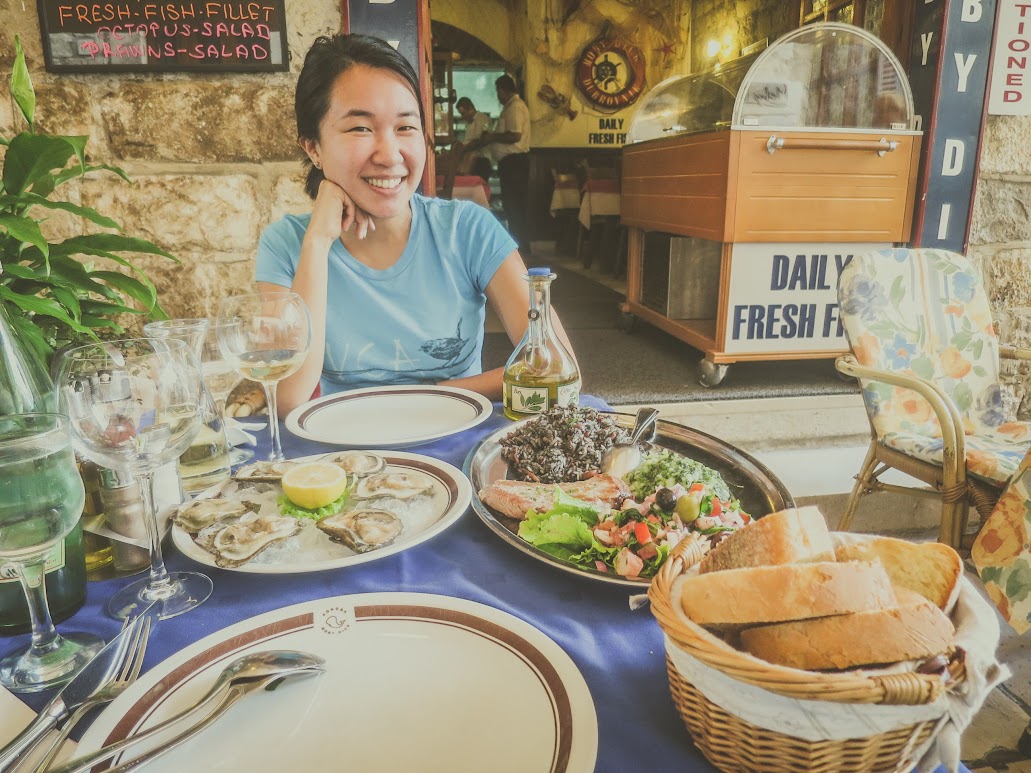 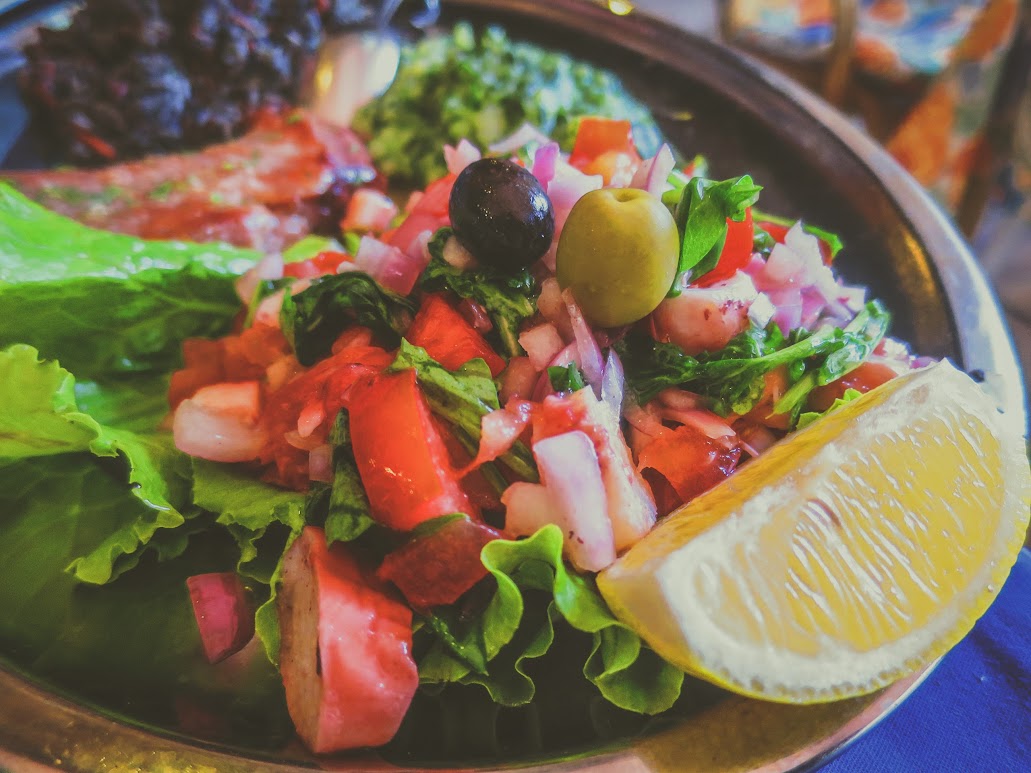 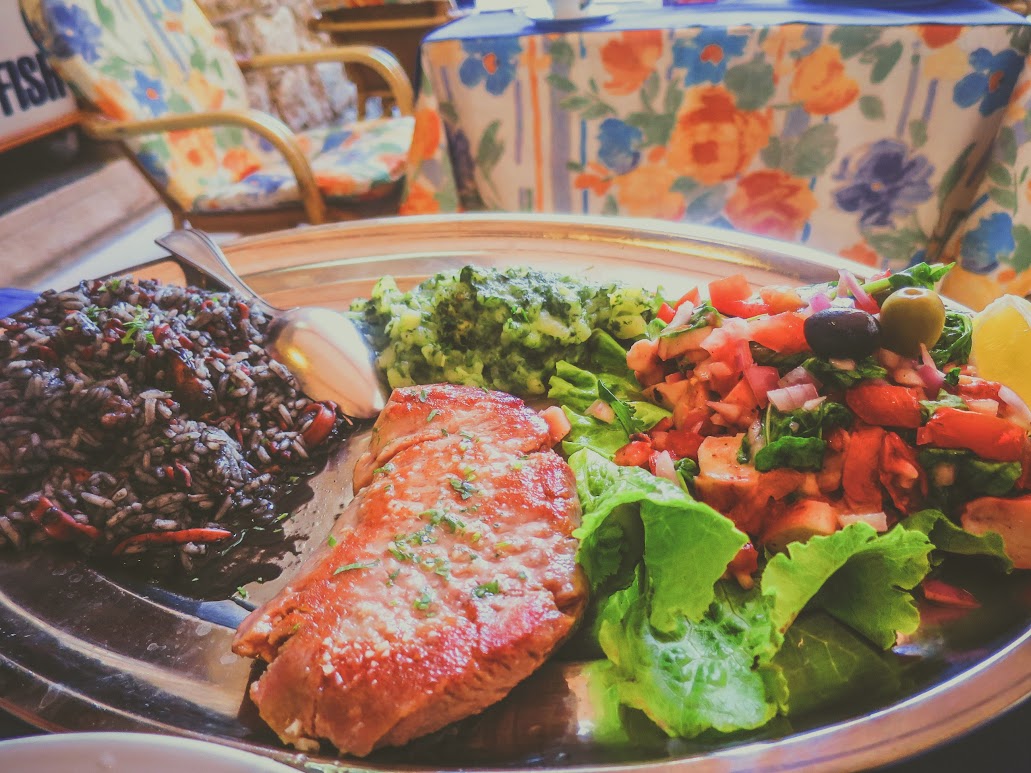 Seafood in the Shade

It was about time for a late lunch by the time we left the apartment, and we went off in search of something edible. We’d had a surprisingly difficult time finding a decent meal in Istanbul, especially in the Fatih district, which we probably should have expected to be honest. With the exception of the excellent hotel breakfast spreads and our last dinner in Bebek, our food experiences in Turkey were mostly lacking, and by the time we were in Croatia, there was a definite longing for fresh seafood and greens. We wandered into the section of the old town north of Stradun, onto a small street lined with open air restaurants, and sat down at a place recommended by Zvonko. For the next hour or so, we eased ourselves into the Mediterranean pace of life, lounging at our little blue table under the shade, dining on succulent oysters, vibrant greens, and fresh fish. 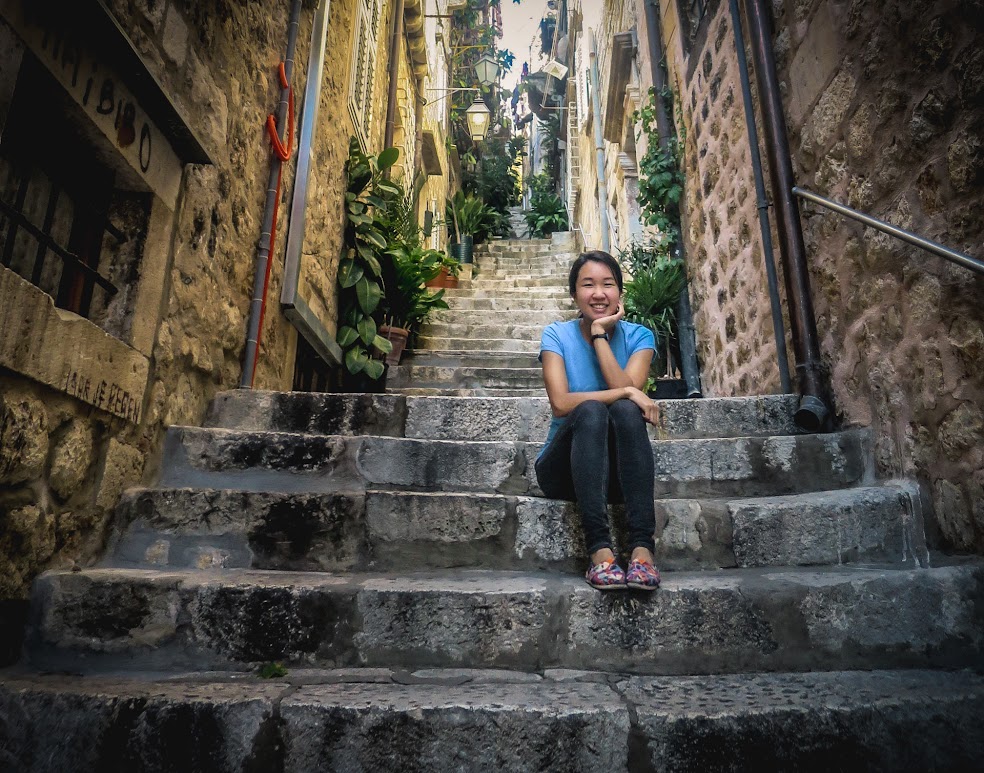 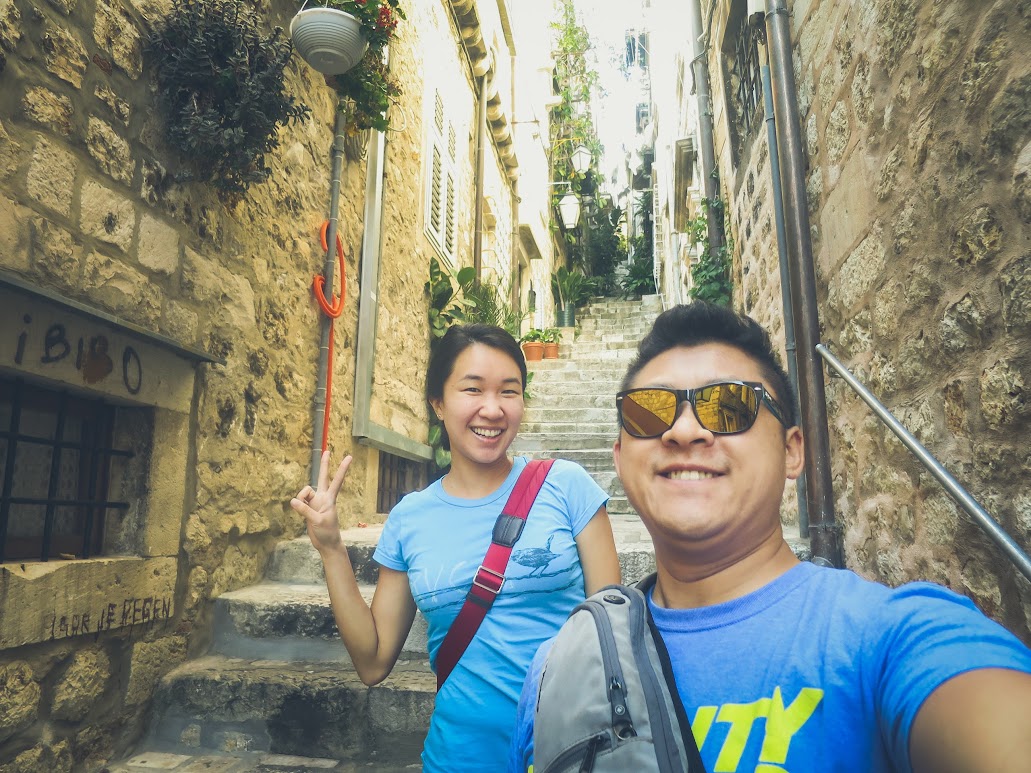 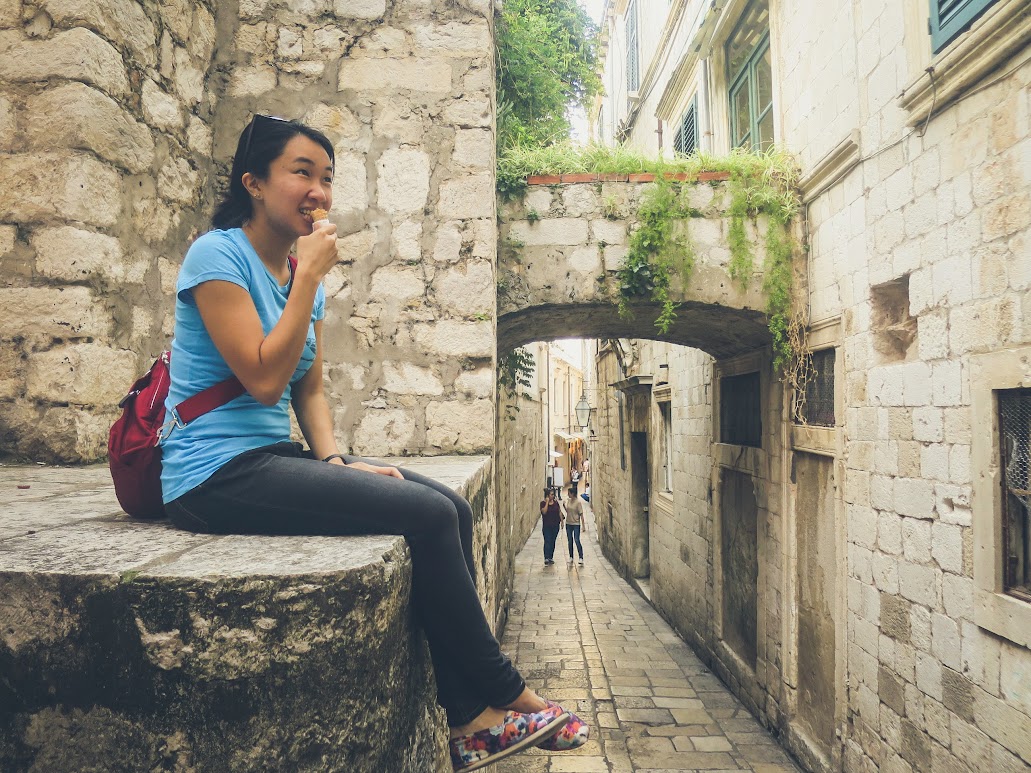 After rousing ourselves from our post-meal stupor, we did some wandering through the narrow limestone arteries of Dubrovnik. A devastating earthquake in 1667 destroyed a large portion of the old town, and much of what stands within the thick walls today is from the period immediately after the seismic tragedy. The streets more or less follow a grid pattern, with the Stradun acting as the spine of the new city.  The area south of the Stradun is larger than the northern neighbourhoods of walled Dubrovnik, and the streets there sometimes end in hidden squares and courtyards. Ashley and I made our way aimlessly through the city’s main streets and back alleys, enjoying the old atmosphere of the seaside city, as well as our delicious gelatos. 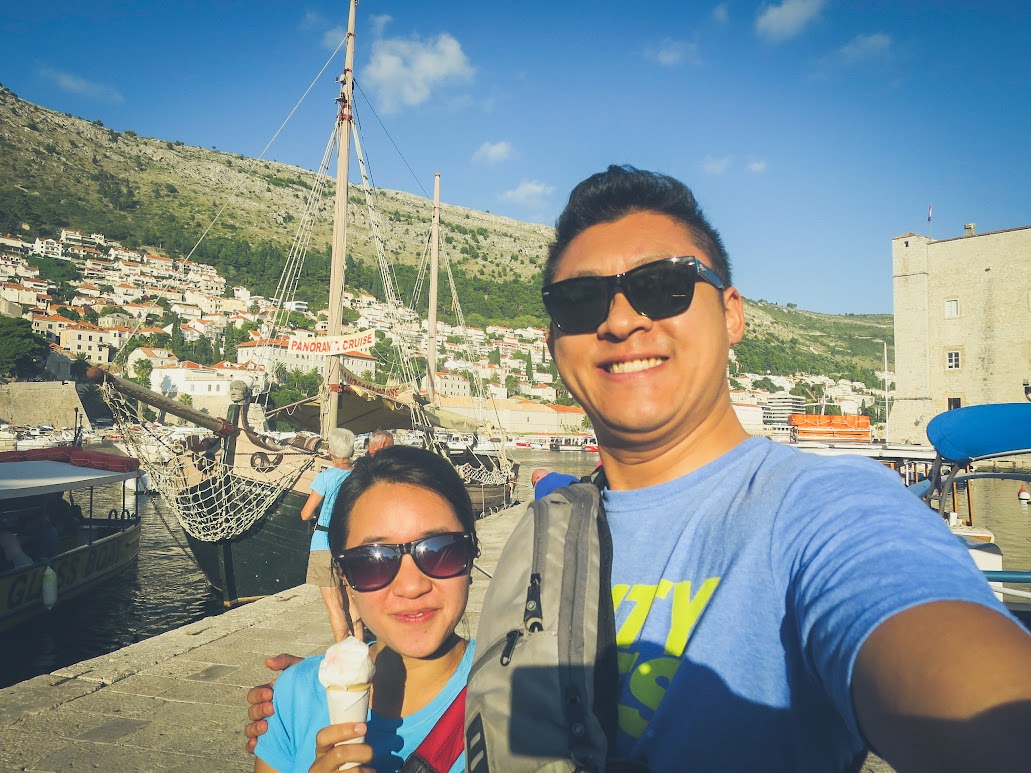 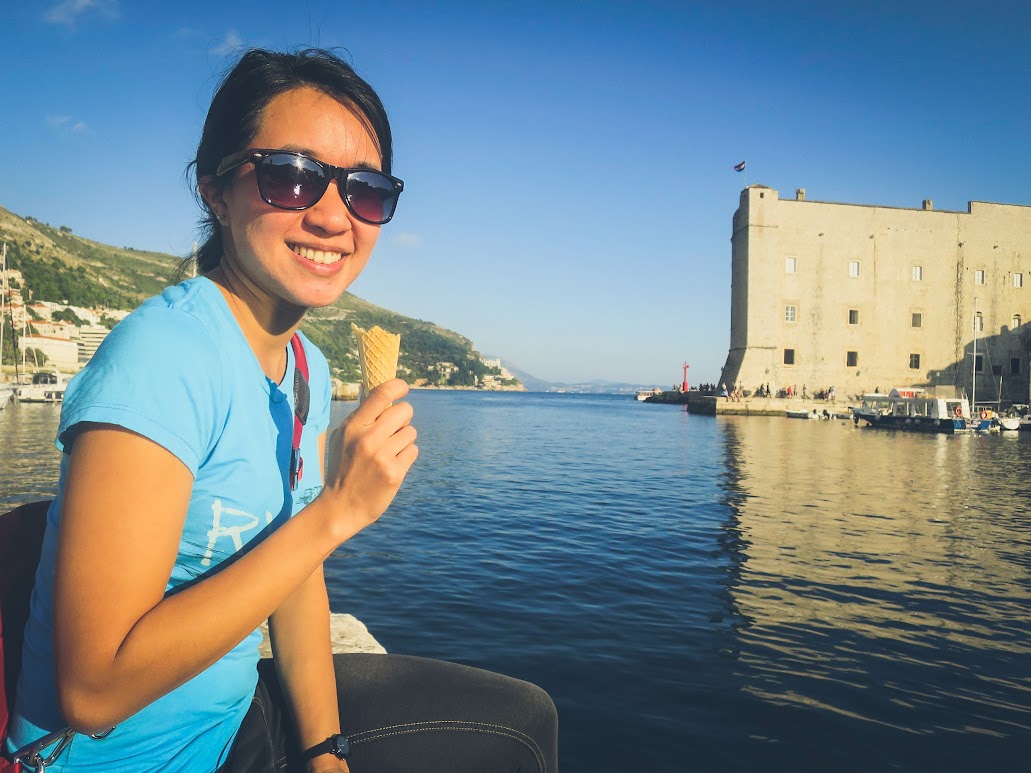 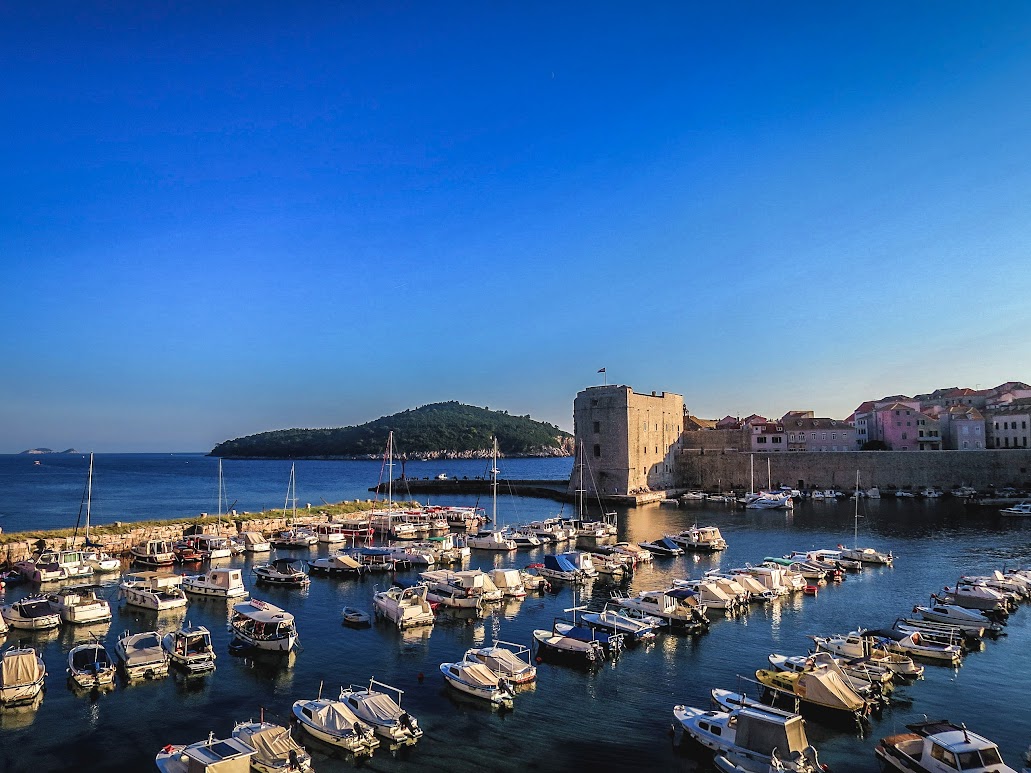 From the middle ages to the early 19th century, Dubrovnik was the capital of the semi-independent Kingdom of Ragusa, a wealthy state built on trade and diplomacy, and a close rival to the Venetian Republic. The sleepy piers and pleasure boat moorings of the modern harbour were once the domain of the great trade fleets of the Roman-Croatian kingdom, sailing under a white flag emblazoned with the Latin Libertas, or freedom. Exceptional skills in diplomacy opened many a harbour to the Ragusan fleets, and, for a time, they were among the world’s preeminent maritime powers. The 1667 earthquake was the beginning of the end, however, and by the time the French Empire shut the doors on the republic for good in 1808, the city had long been in decline. 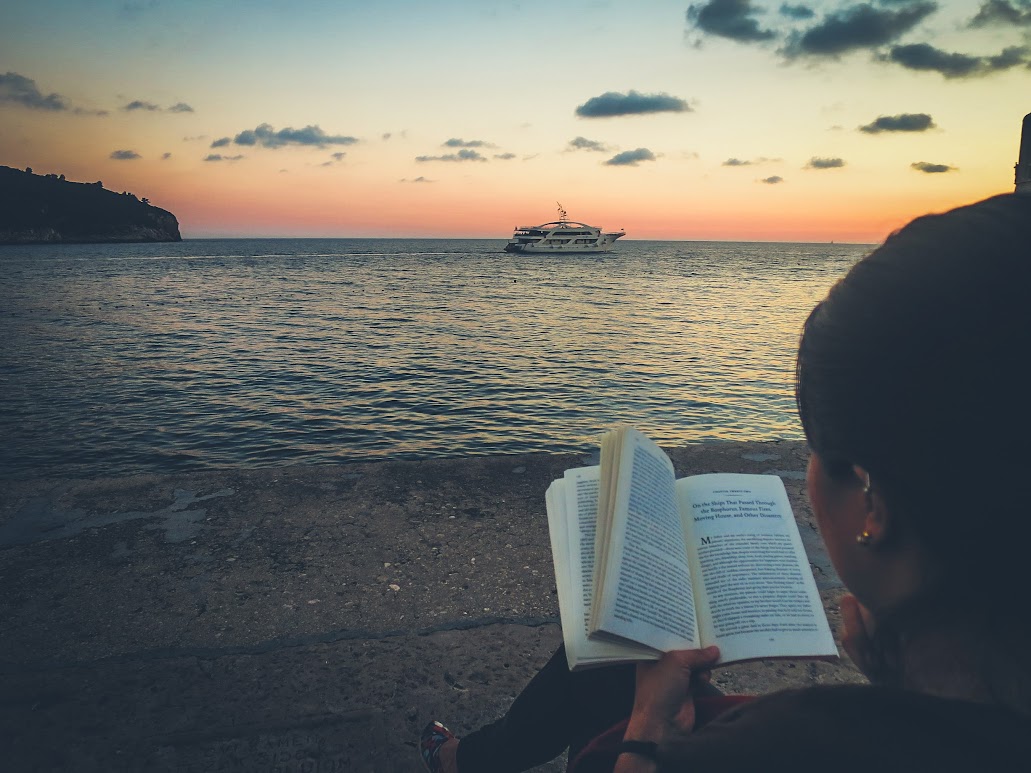 Ashley and I walked along the sea wall until we came across a stone jetty in the shadow of a corner tower. Benches had been installed in regular intervals along the edifice, and we grabbed a seat to look out onto the sea. Families sat together in quiet conversation, while fellow travellers clicked away with their cameras and fancy phones. We did a little bit of reading as the sun began to set, until there was no light left to illuminate the pages, and it was just us and the velvet blue heavens. 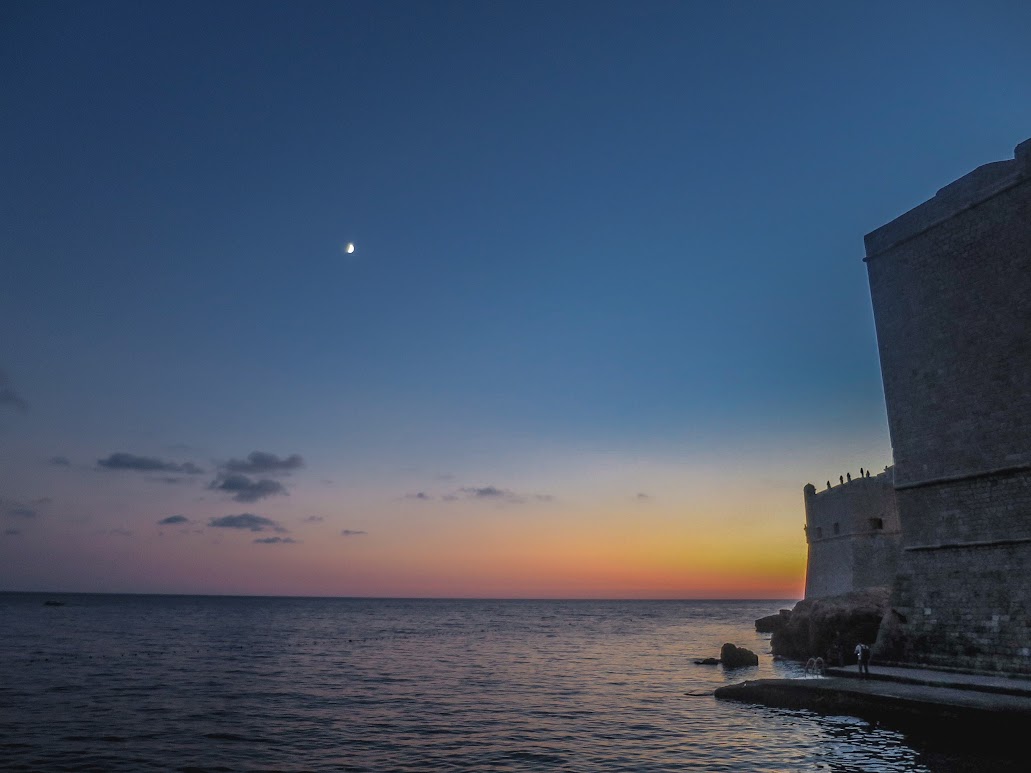