The next morning, we set out on a day trip to the town of Mostar in the neighbouring country of Bosnia and Herzegovina. I’d been fascinated by the little town on the Neretva River since the early 90s, when the headlines of war and tragedy in the former Yugoslavia all but flew over my young head, but the destruction of a bridge was front page news. The conflict was my first exposure to the European Muslim lands in the Balkans, a legacy of the long-gone Ottoman Empire, and it shifted my imagining of a Muslim geography. Up to that point, I’d always associated Islam with the expansive deserts and fertile river valleys of the Middle East, and a slow burning curiosity about the social, religious, historical, and physical landscapes of the Balkan countries was born. It was part of the reason why we headed west from Istanbul, towards the Adriatic, instead of east, into Anatolia, as I couldn’t pass up the opportunity to see the land for myself. 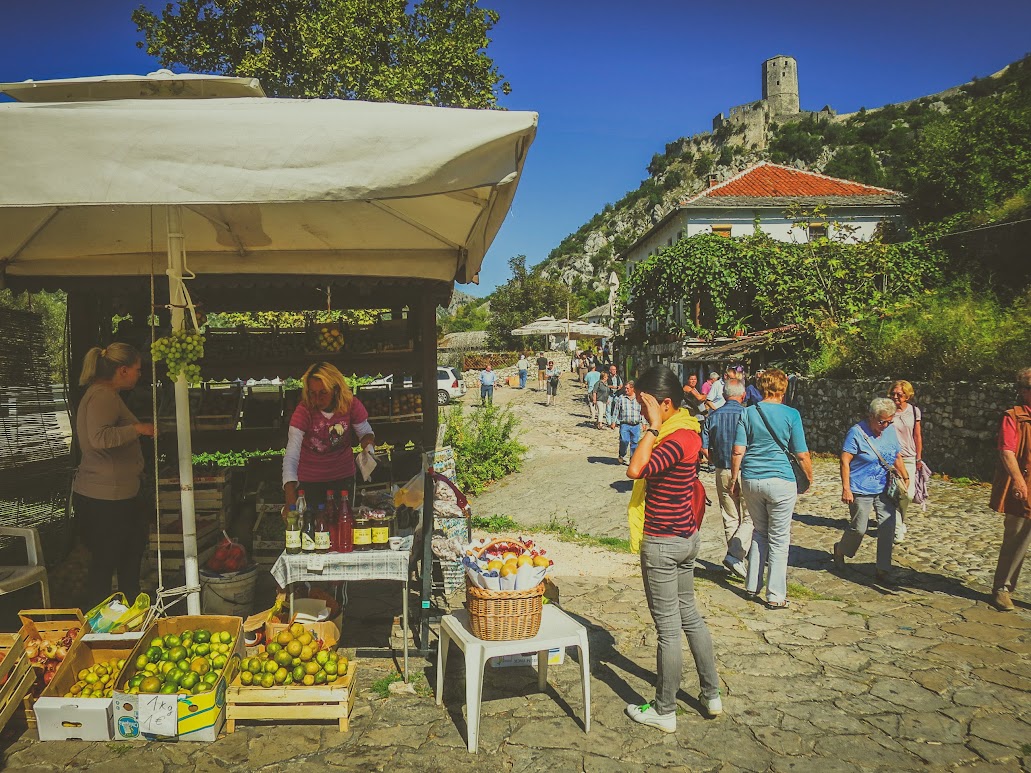 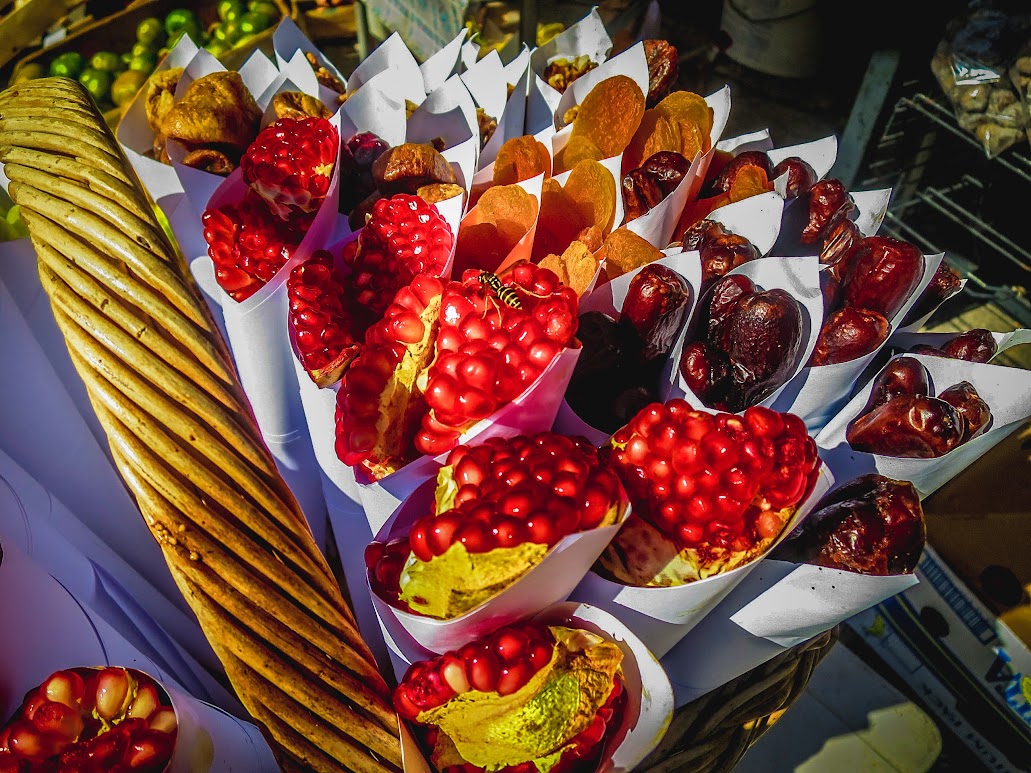 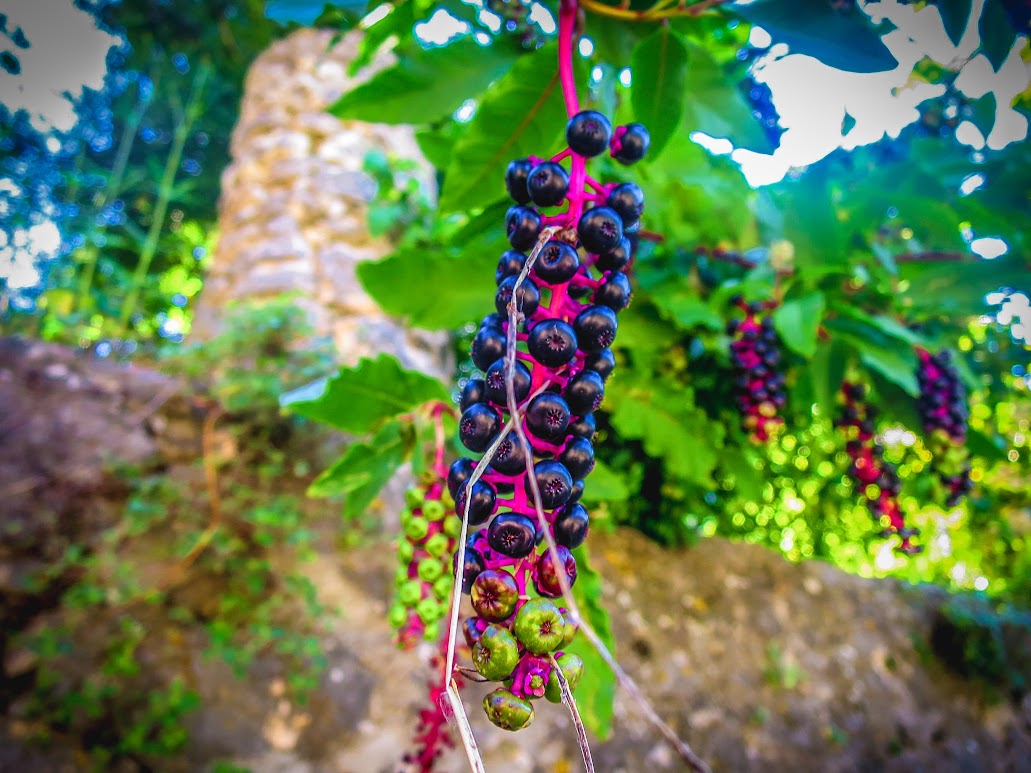 The previous afternoon, we had walked into the office of one of the many small travel operators in Dubrovnik and booked two spots on their daily tour to Mostar. It’s certainly possible to make the drive on your own, but we preferred to leave the logistics in someone else’s hands. Most tours from Dubrovnik to Mostar follow the same general itinerary, stopping in the town of Počitelj at around the halfway point. Though not as well-known as Mostar, Počitelj was once an important town in its own right, defending the southern borders of medieval Hungary. When it fell to the Ottomans in the 15th century, its strategic value declined and it became another sleepy, backwater town on the borderlands. Its current claim to fame is its relatively well-preserved medieval structures, though we didn’t see much of it beyond the fruit stalls in the parking lot. 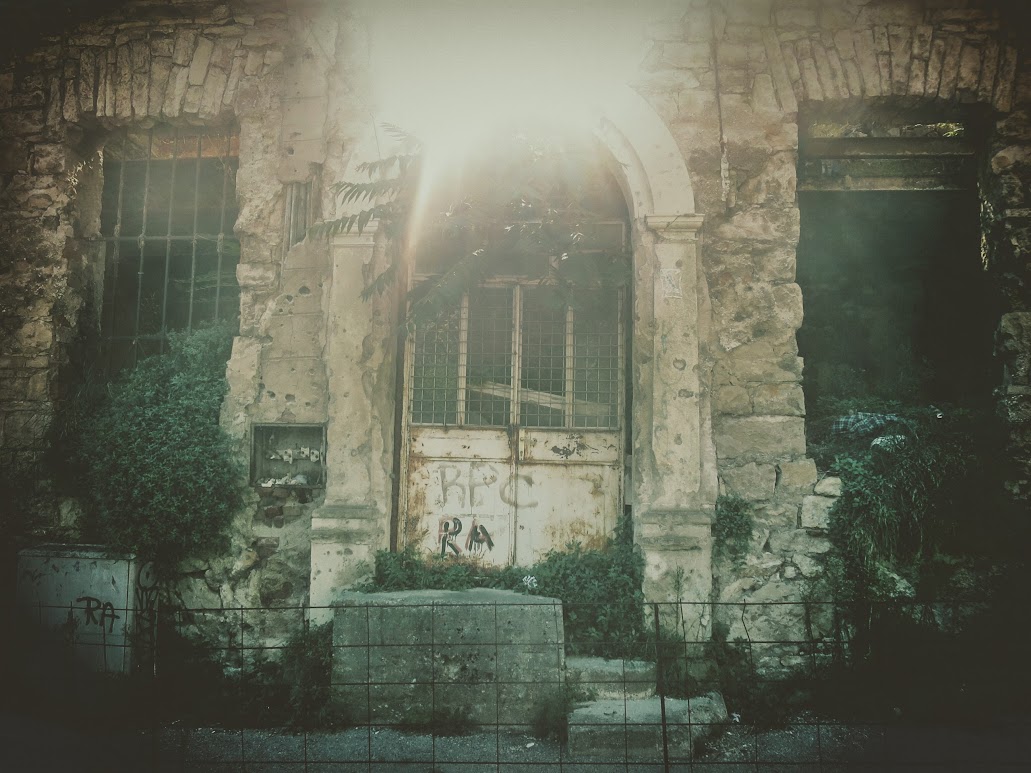 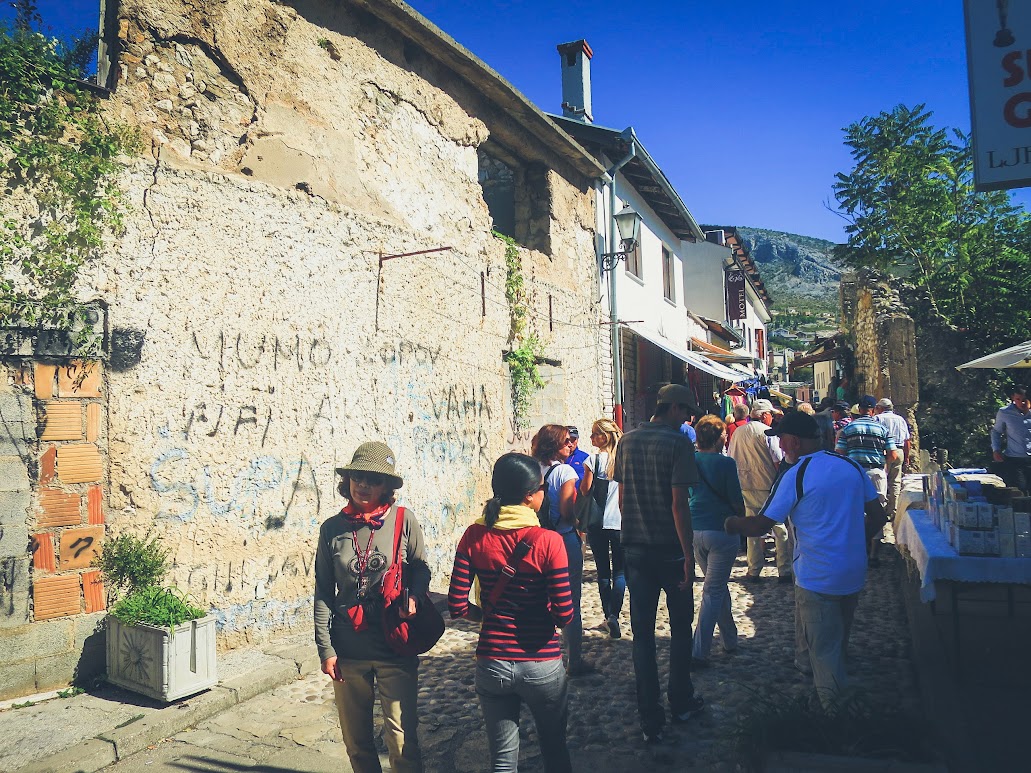 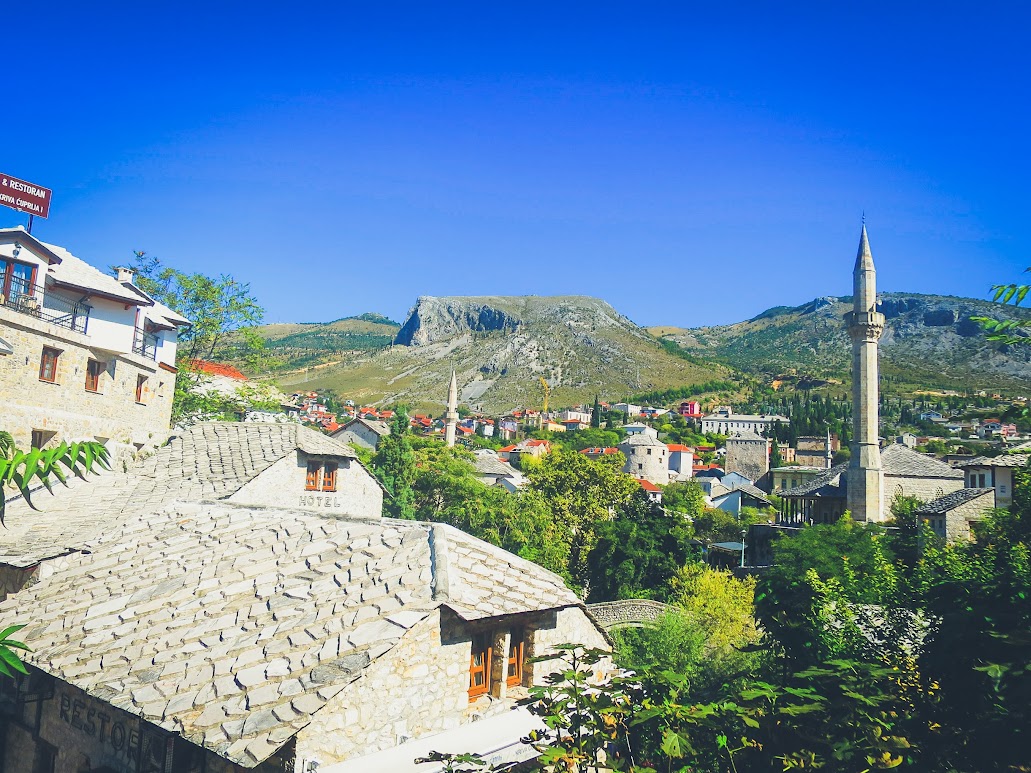 We arrived in Mostar before lunch and began our guided tour of the city. Signs of the war were very much visible, from the bullet holes torn through brick and cement, to the sagging ruins of boarded up buildings. The memory of the violence against the people and the city was ever-present, and the untended architectural wounds testified to the ongoing process of healing and reconciliation. The Siege of Mostar, part of the Croat-Bosniak War and one of many conflicts grouped under the umbrella of the Bosnian War, lasted from April 1992 to June 1992, and then from June 1993 to April 1994. The shifting alliances and state actors complicit in the siege, and the wider context involving the sometimes violent political fragmentation of the Republic of Yugoslavia throughout the 1990s, is a topic far too complex for this platform. As a result of the siege, three-quarters of the population fled Mostar, though some did eventually return, and numerous religious and cultural institutions, such as churches, mosques, libraries, and museums, were destroyed. The social makeup of the city was permanently altered in the wake of the war, cementing the ethnic divide along firm geographical boundaries. Our tour guide spoke of the good old days when Croats, Serbs, and Bosniaks lived in relative harmony, in contrast to the uneasy equilibrium of 21st century Mostar. 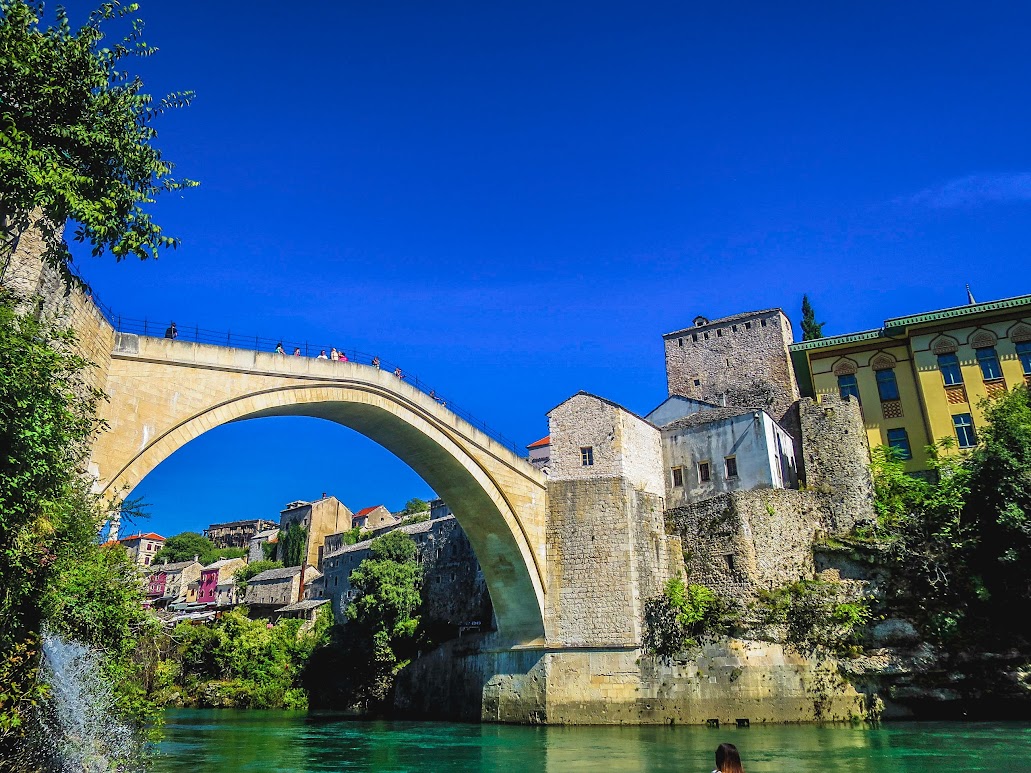 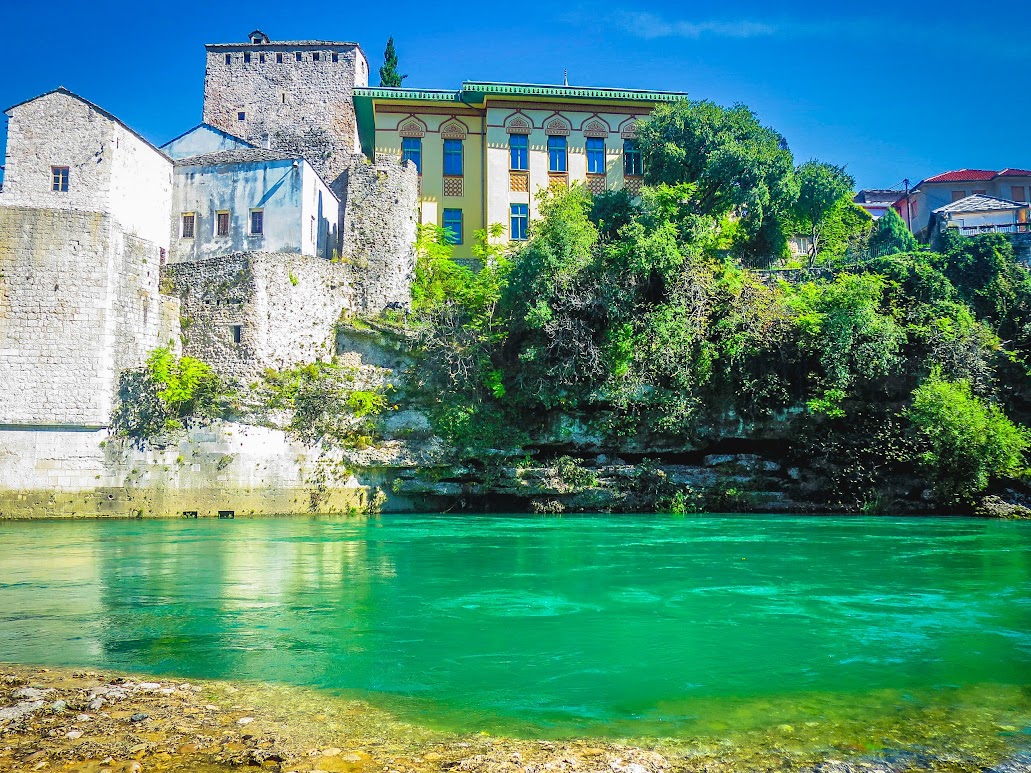 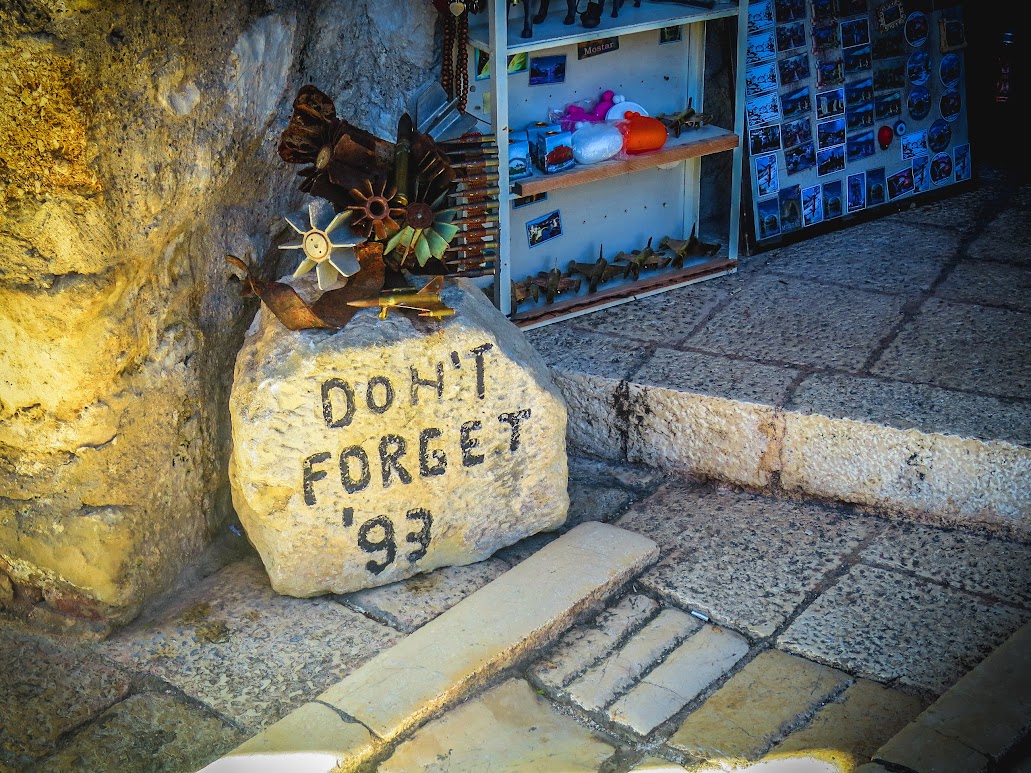 Mostar is not a large city, and it was not long before we were on the banks of the Neretva, gazing up at the reconstructed Stari Most. The original had been constructed in the 16th century by Mimar Hayruddin, a student of Mimar Sinan, the architect of the Süleymaniye Mosque in Istanbul. It was commissioned by Sultan Suleiman the Magnificent to replace an older wooden bridge, improving the efficiency and safety of overland trade routes and uniting the city for the next 427 years. The iconic limestone and tenelija structure outlasted Ottoman and Austro-Hungarian rule, but it was unable to emerge unscathed from the Croat-Bosniak War. Its destruction in 1993 was described as an act of violence against culture and memory, and the world took notice. The headlines and photos of the ruins traveled the globe, and even into the suburban Toronto kitchen of a Chinese-Canadian family, where I first laid eyes on a city divided. Efforts to rebuild the bridge began soon after the resolution of the conflict. The builders used Ottoman construction techniques and tenelija stone mined from local quarries, as well as pieces of the old bridge recovered from the river depths, and the new Stari Most was revealed in 2004. 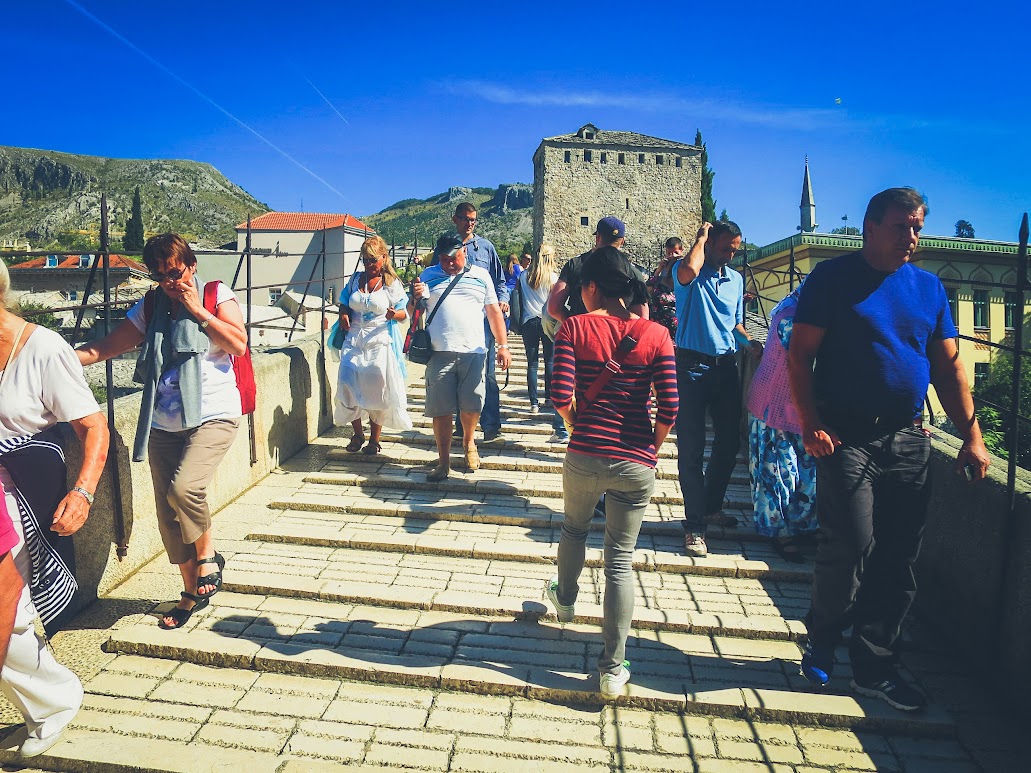 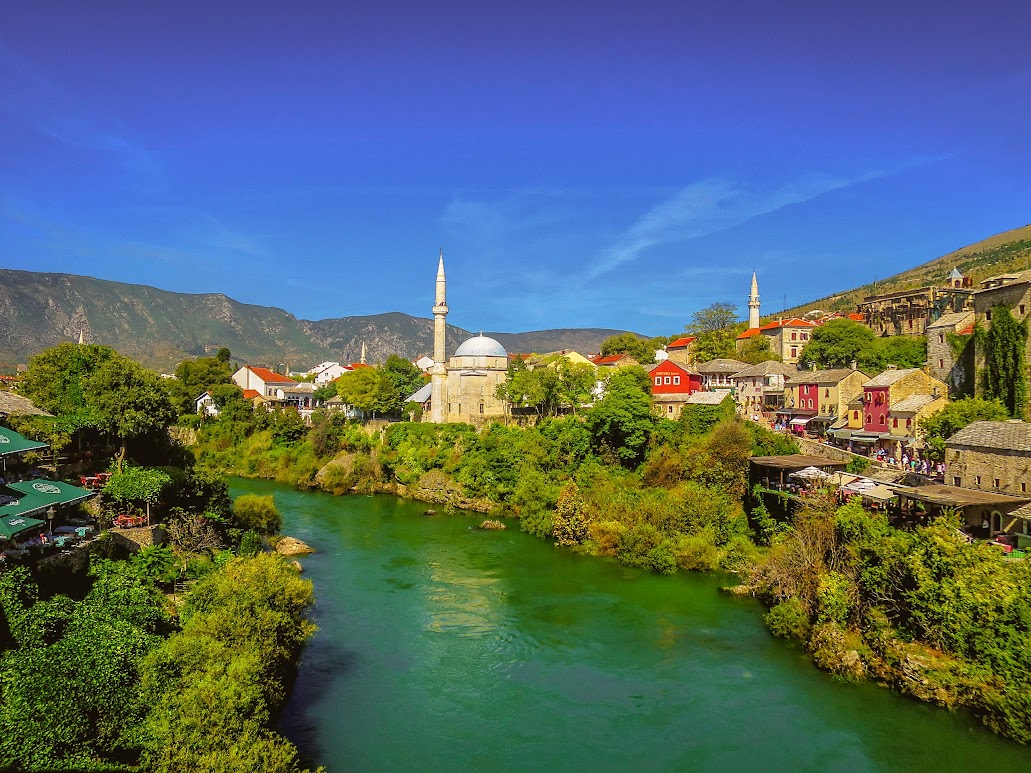 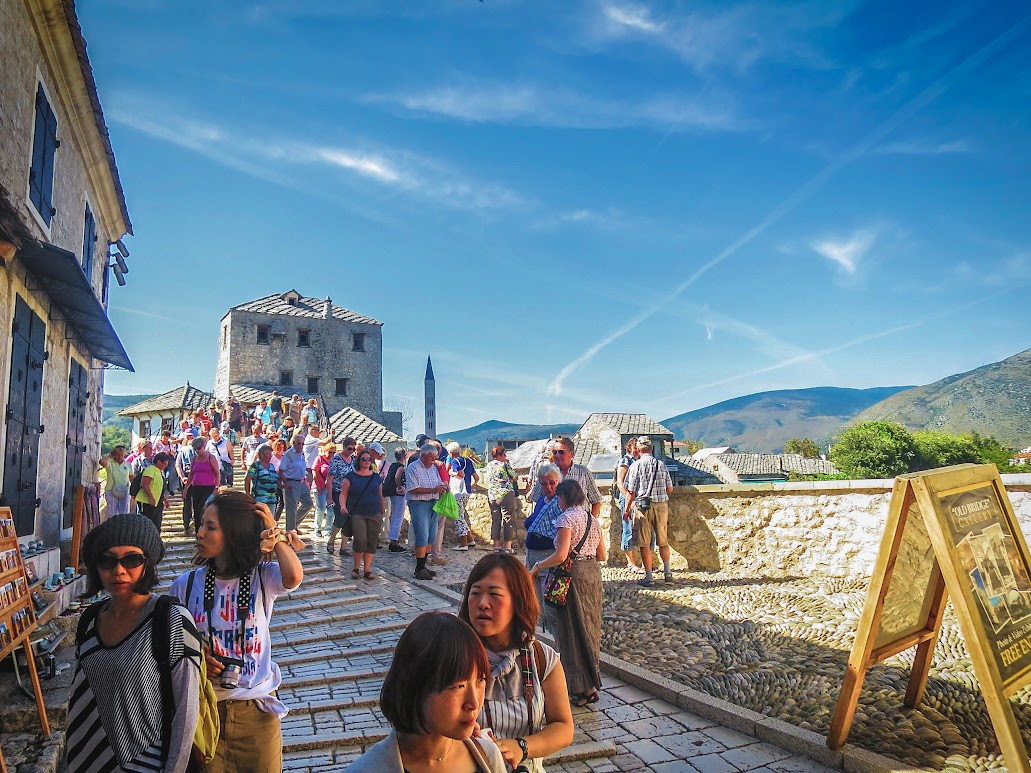 The weather was absolutely beautiful that day, as we walked through the quiet streets of old Mostar. The conservation programs that had initiated and funded the reconstruction of Stari Most had also focused on preserving the neighbourhoods around the bridge, and it stood in stark contrast to the busy Ottoman metropolis of a few days before. This was one of the frontiers of the Islamic world, where the Ottomans set out to harass and even make war against the Christian European powers, before it entered its slow decline. As Ottoman influence waned, unrest and rebellion broke out in its far-off provinces, and it was increasingly unable to restore full control over its European territory. Finally, in the late 19th century, Mostar, along with the rest of Bosnia and Herzegovina, was transferred to the Austro-Hungarian Empire, marking the end of over 400 years of Turkish rule. 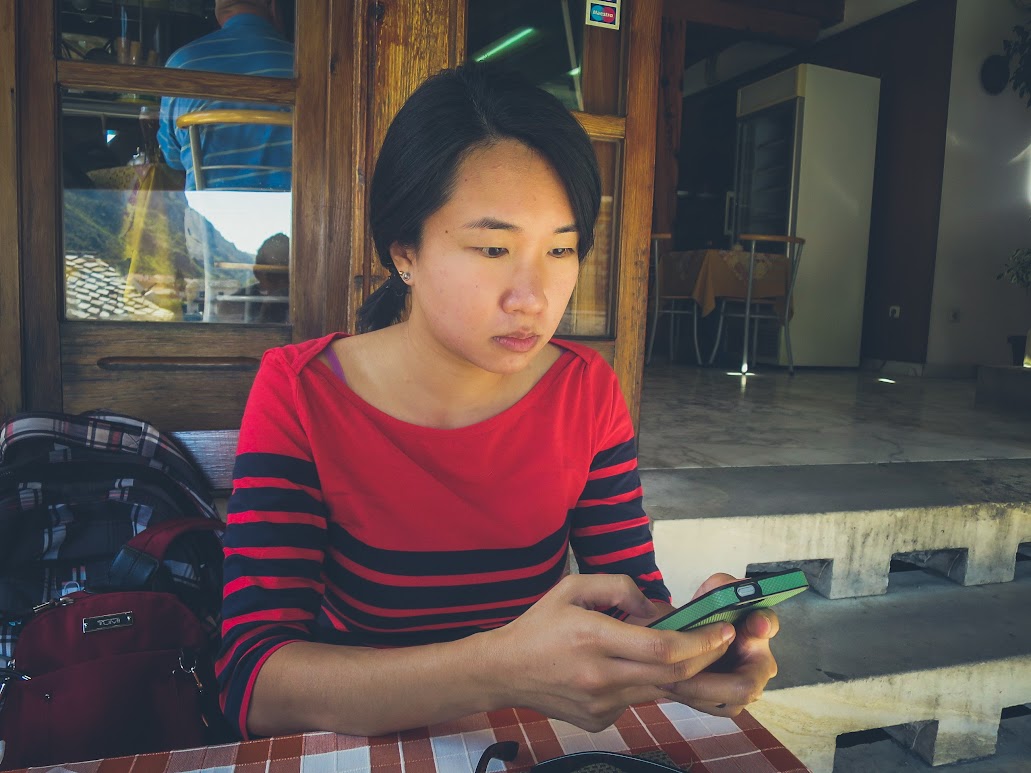 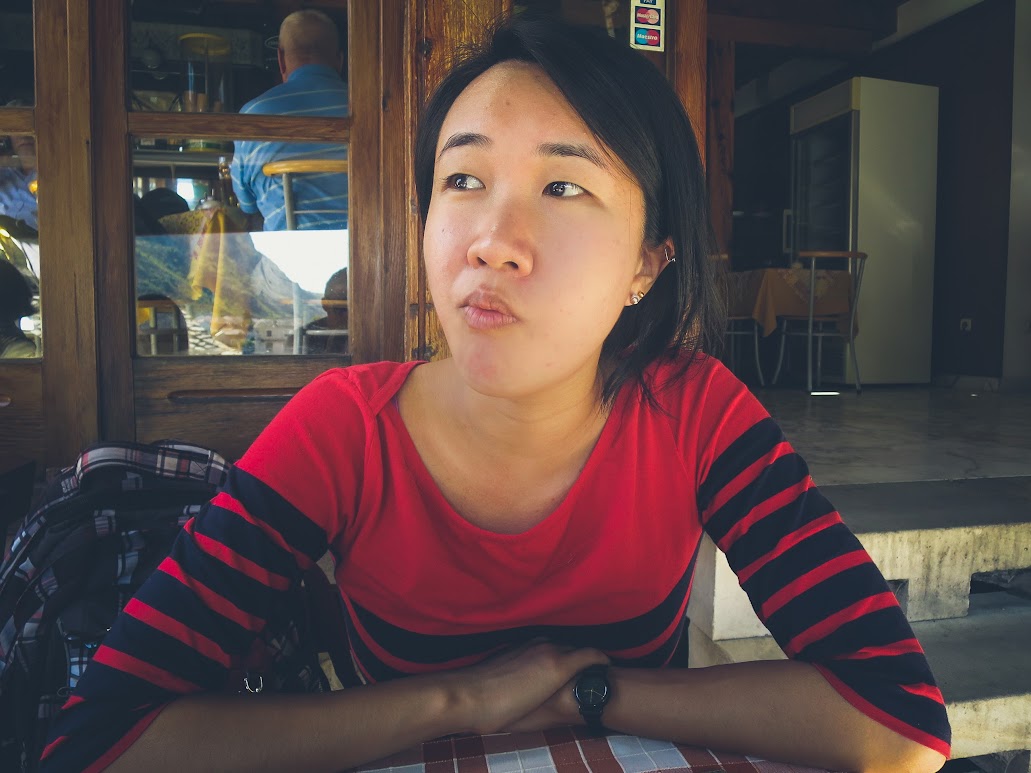 A Bad Taste in our Mouths

Our overall impression of Mostar was largely positive, although we had an unpleasant experience at lunch that left a bad taste in our mouths. Our tour guide had recommended a restaurant around the corner to us, and we found a small table outside by the front door. There were a couple other tables with tourists that sat down at around the same time, and we all ordered within five minutes of each other. We waited for close to an hour as the other tables got their food ahead of us, and we were continually rebuffed whenever we tried to get the attention of the waitstaff. After too long, we signaled to a waiter to let him know we were going to get up and leave, and he responded with a gesture that was rude in more than one culture. Whatever miscommunication or offense that he took from our actions is a mystery to me, and we found another restaurant down the street with far more attentive servers. It was honestly a disappointing experience, though our spirits were lifted with some tasty gelato by the river. 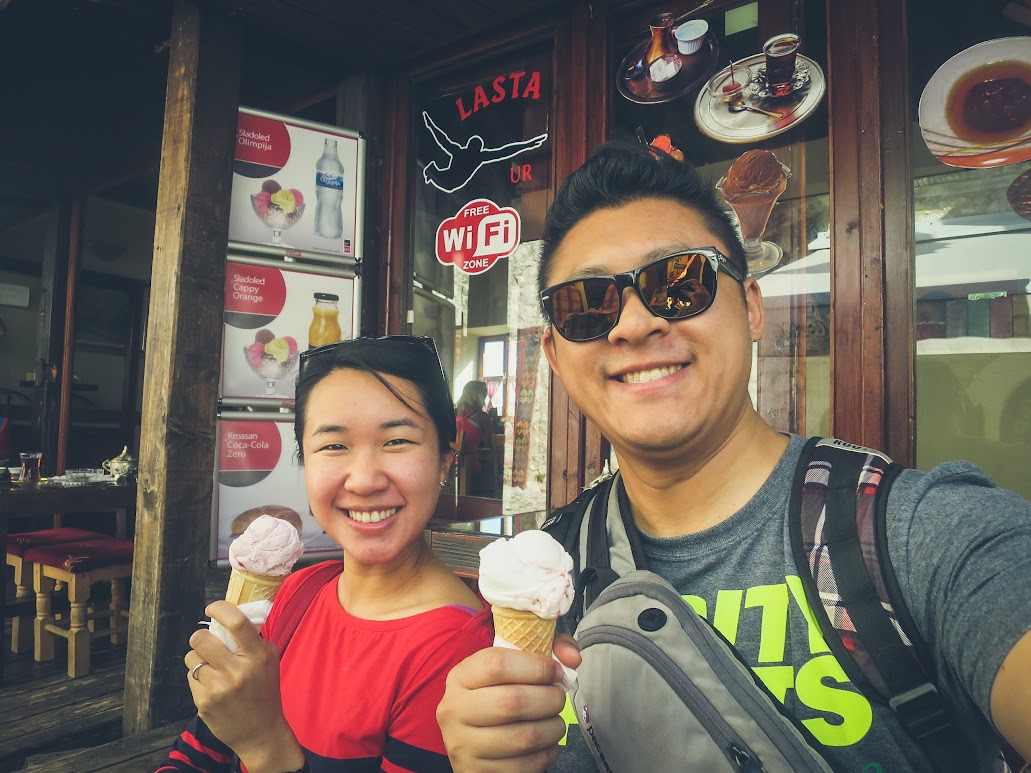 In the afternoon, the small bus took a different route back to the coast, driving through the beautiful countryside of Herzegovina. The road followed the gentle lines of the mountains and valleys, and there was not a cloud in the sky. It had been a childhood dream of mine to see the Stari Most and walk the old streets of Mostar, and there was nothing a disgruntled waiter could do to take that away. As we trundled over the hills and along the coastal avenue that would take us to Dubrovnik, Ashley and I put our disheartening lunch behind us and looked ahead to the only cure for a ruined meal: an amazing dinner. 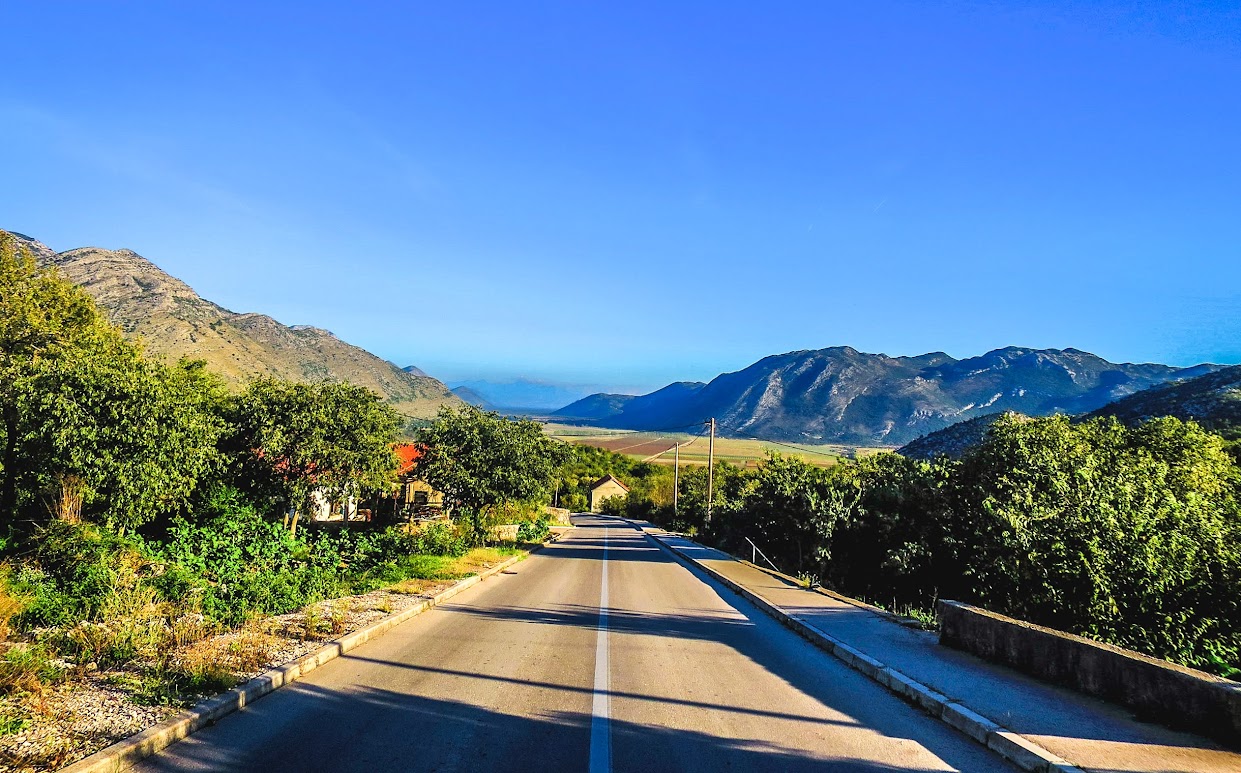