The Balkans and the Adriatic represent one of many significant blank spaces in my mental map of the world, and when deciding between an extra day in Dubrovnik or heading south into the small country of Montenegro, our curiosity won out. Montenegro is one of the youngest countries in the world, having only gained its independence from the state union of Serbia and Montenegro in 2006. It played a part in the violent dissolution of Yugoslavia in the 1990s, but its own process of autonomy was accomplished through a peaceful, internationally-observed referendum a decade later. 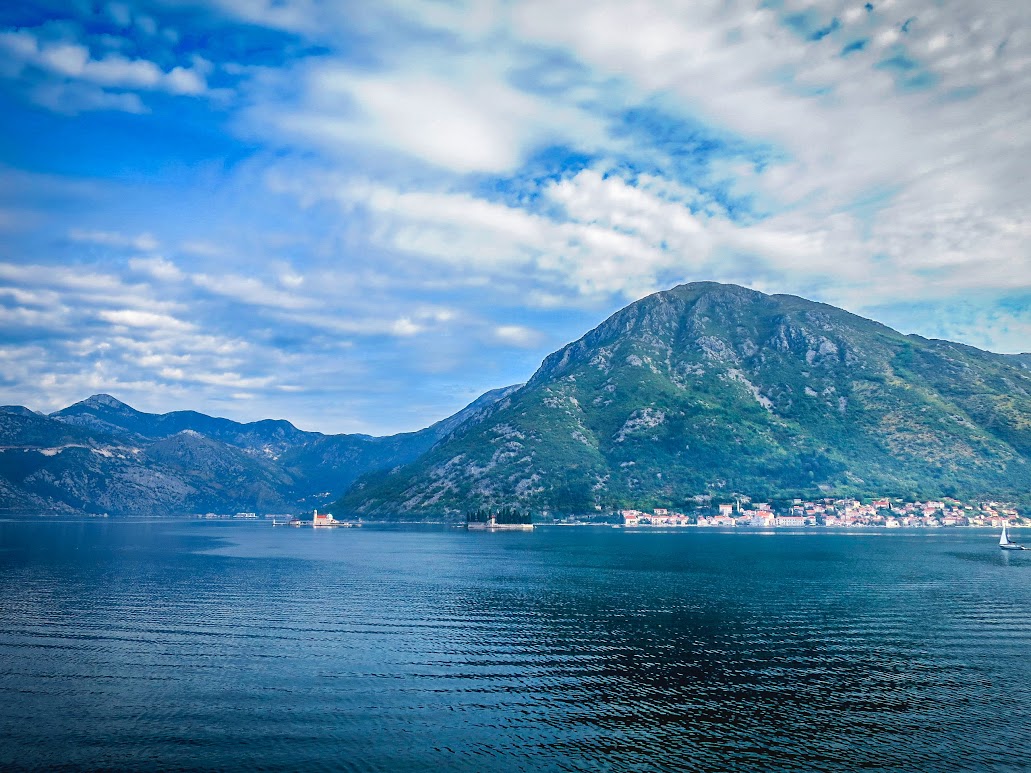 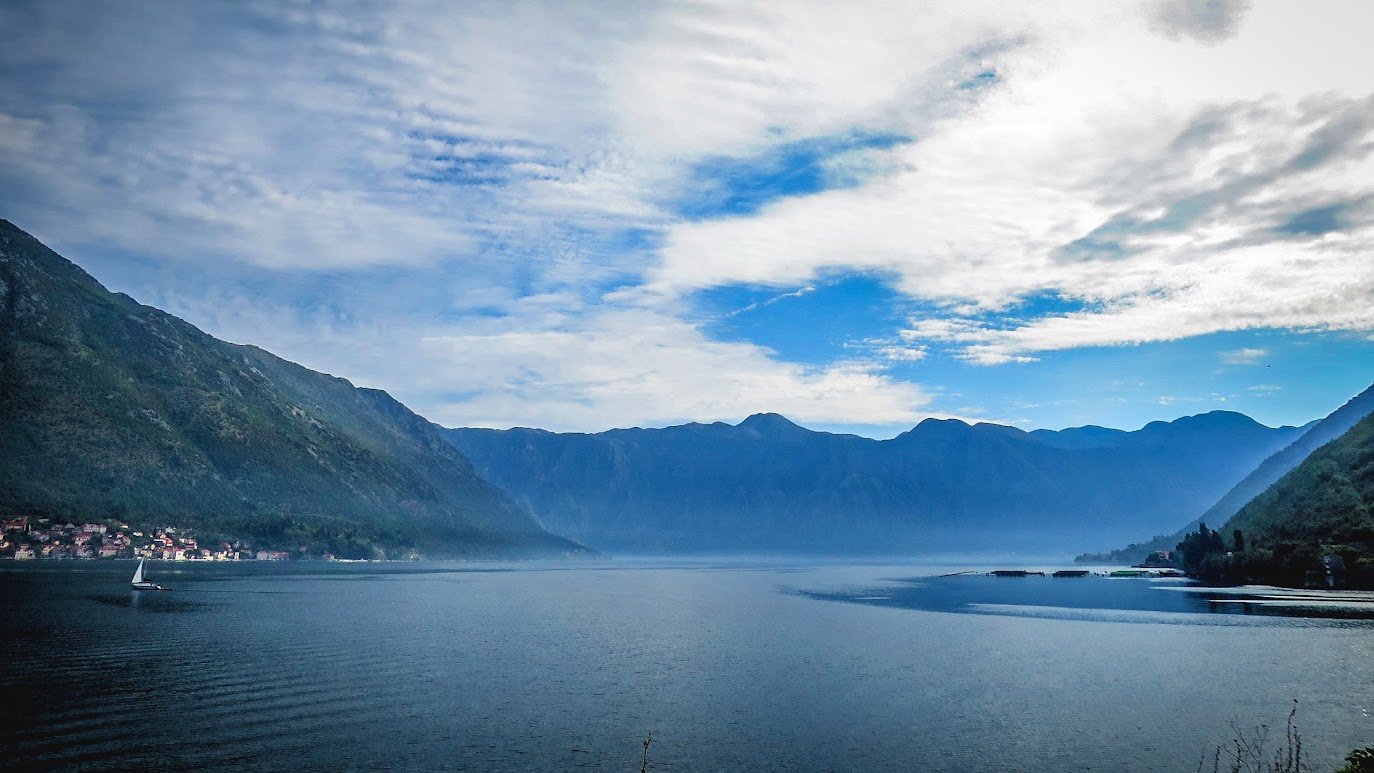 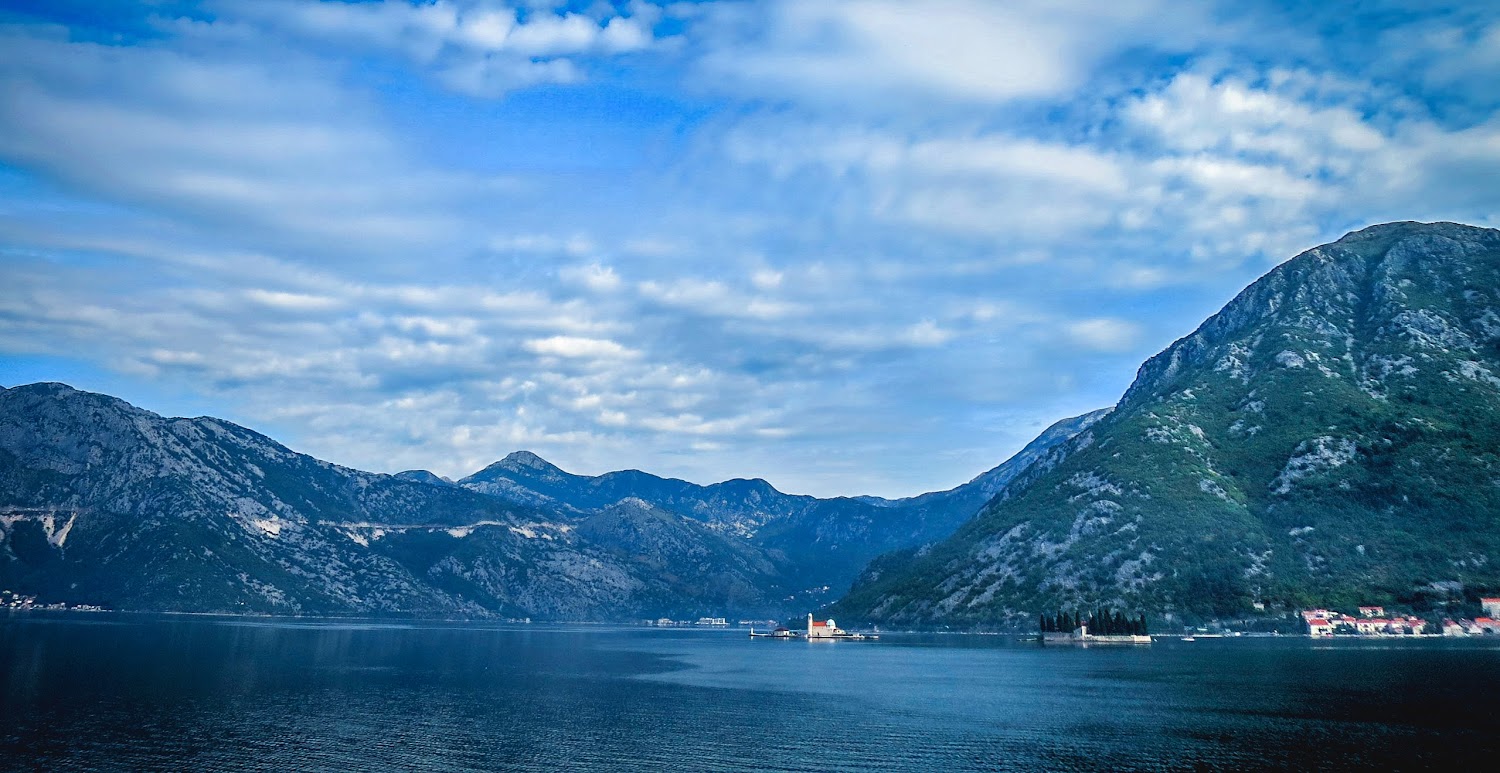 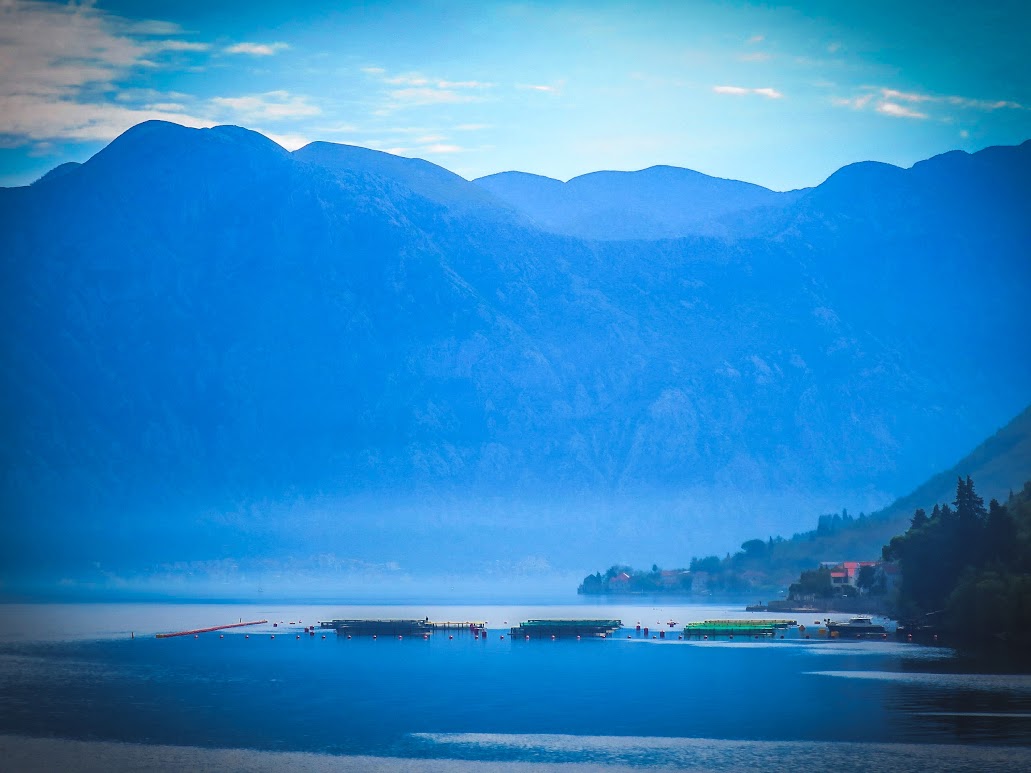 Morning Mist in the Bay of Kotor

In the early hours of the morning, we gathered outside the old town walls to catch the bus that would take us south along the Adriatic coast, inland along the shores of the Bay of Kotor, stopping at the town of Kotor itself, and then over the coastal hills to the town of Budva for the afternoon. The Bay of Kotor is a flooded river valley connected to the Adriatic Sea, surrounded by the coastal highlands of the Dinaric Alps and the peaks of the Lovćen. Weather within the bay is heavily influenced by the surrounding mountain topography, resulting in some of the heaviest rainfall in Europe throughout the autumn to spring months. It was gorgeous that day though, as we entered the quiet world of the bay, and the crisp greens and blues of the land, sea, and sky created a wonderful tableau. A few traces of the morning mists lingered over the waters in the distance, and all seemed well with the world. 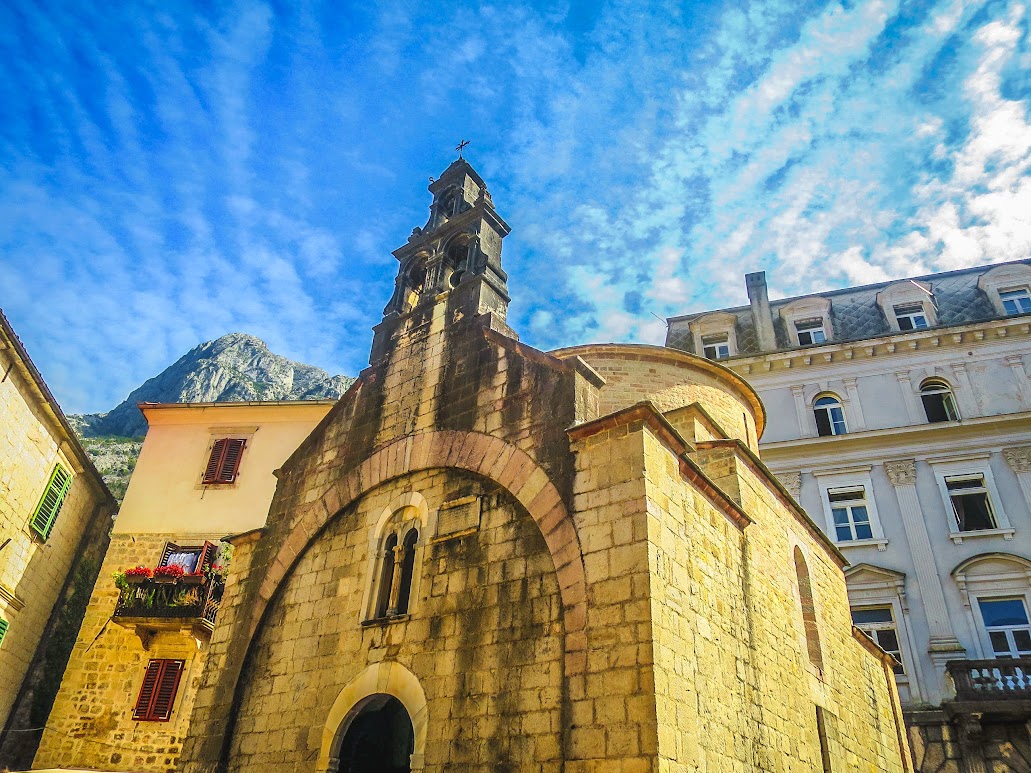 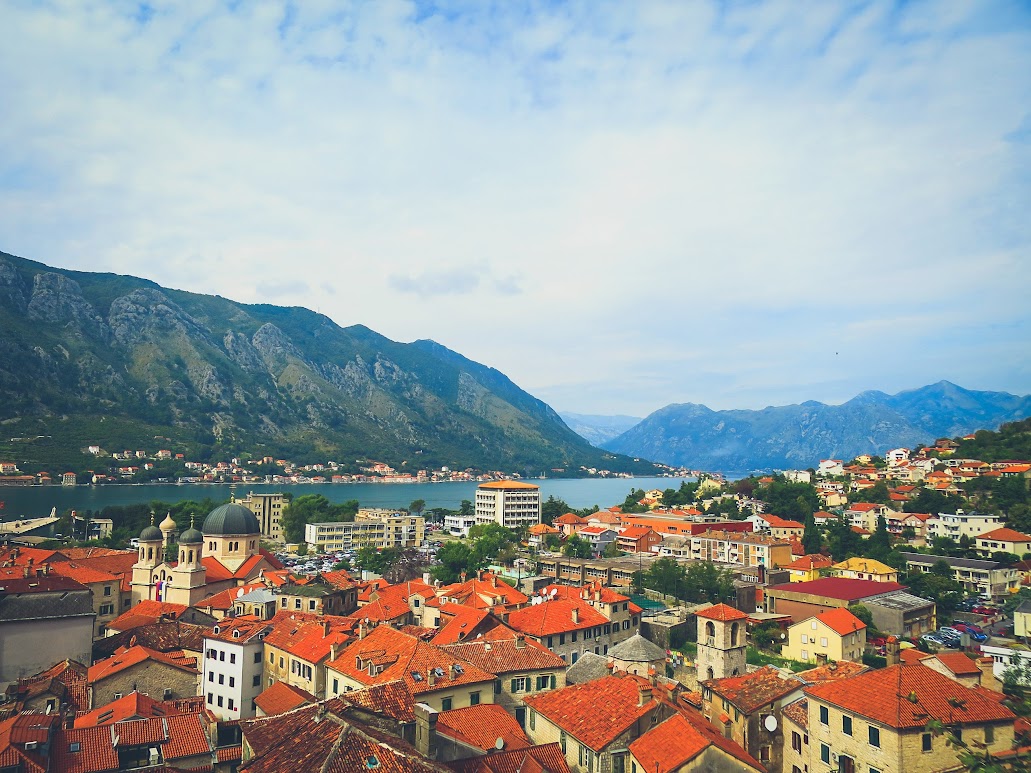 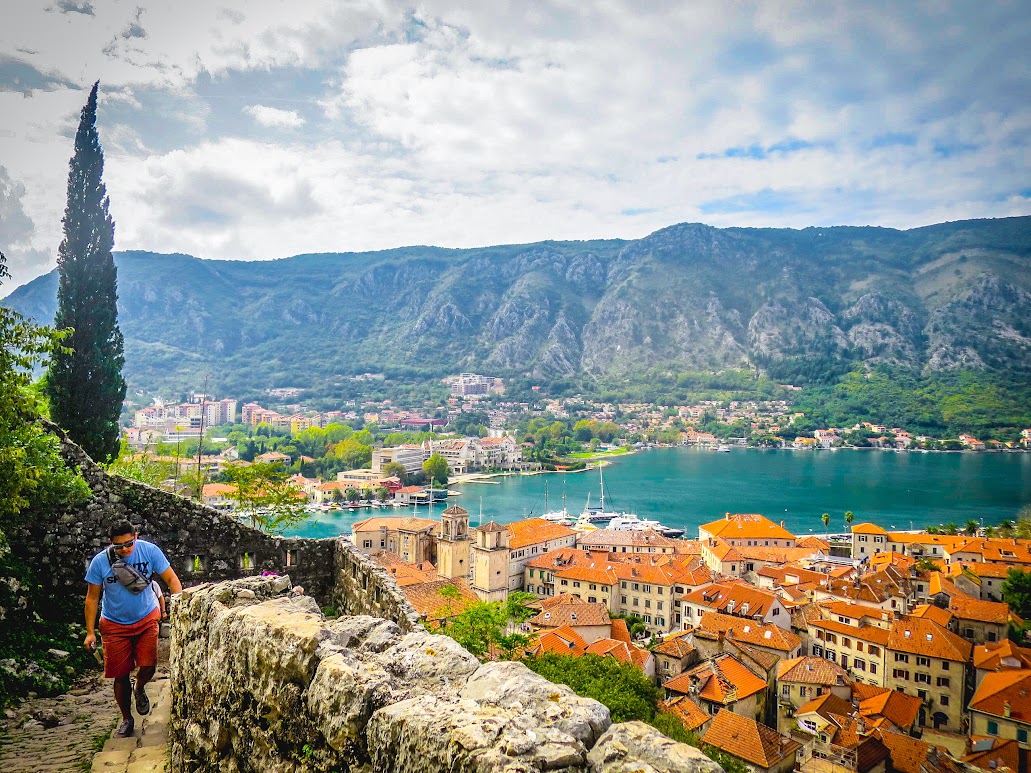 Our final stop that morning was the medieval city of Kotor, tucked into the last southern nook of the bay, and perhaps the most significant cultural site in the entire Bay of Kotor region, if not the entire country. Though it has existed since at least Roman times, its beautifully preserved city walls and structures date from its time as a Venetian possession, from 1420 AD to 1797 AD. It was one of many prosperous trading ports along the coast of the Adriatic, taking part in a web of commerce that flourished due to its distance from the raiding Normans and Saracens of southern Italy and North Africa, respectively, as well as its relative proximity to the rich caravan roads and bazaars of Constantinople and the Middle East. I was quite looking forward to the walking tour of the old town as we approached its main gate that morning, but I began experiencing severe stomach pains midway through, and Ashley and I had to abandon the walk and take a seat at an outdoor cafe for a while. 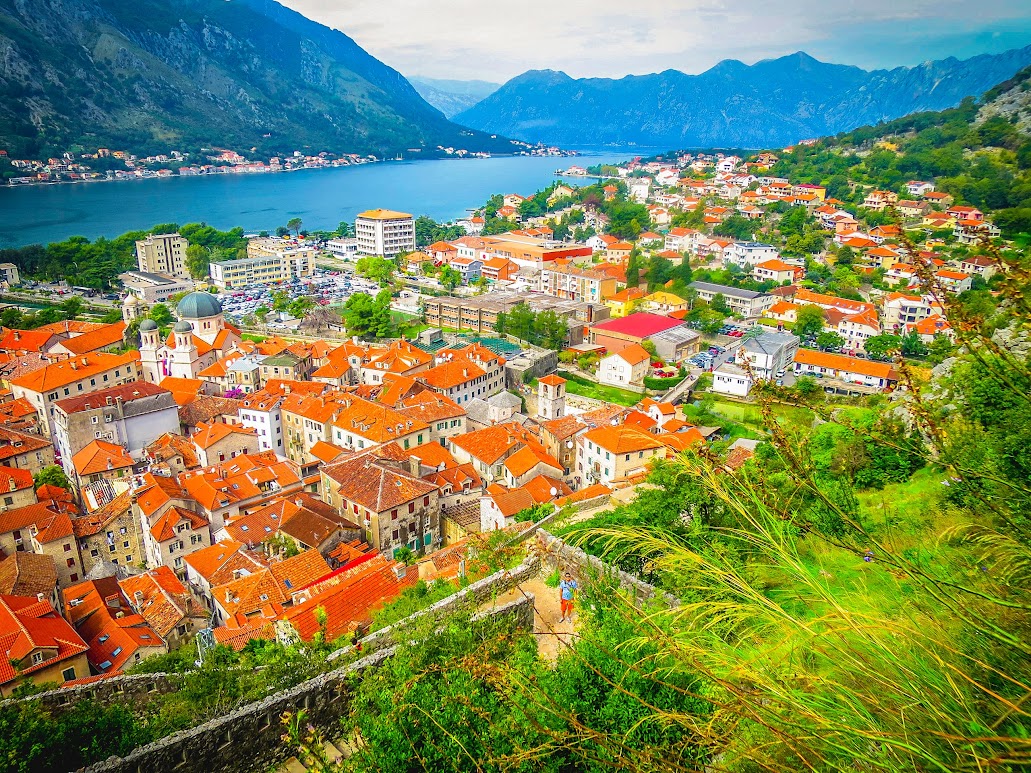 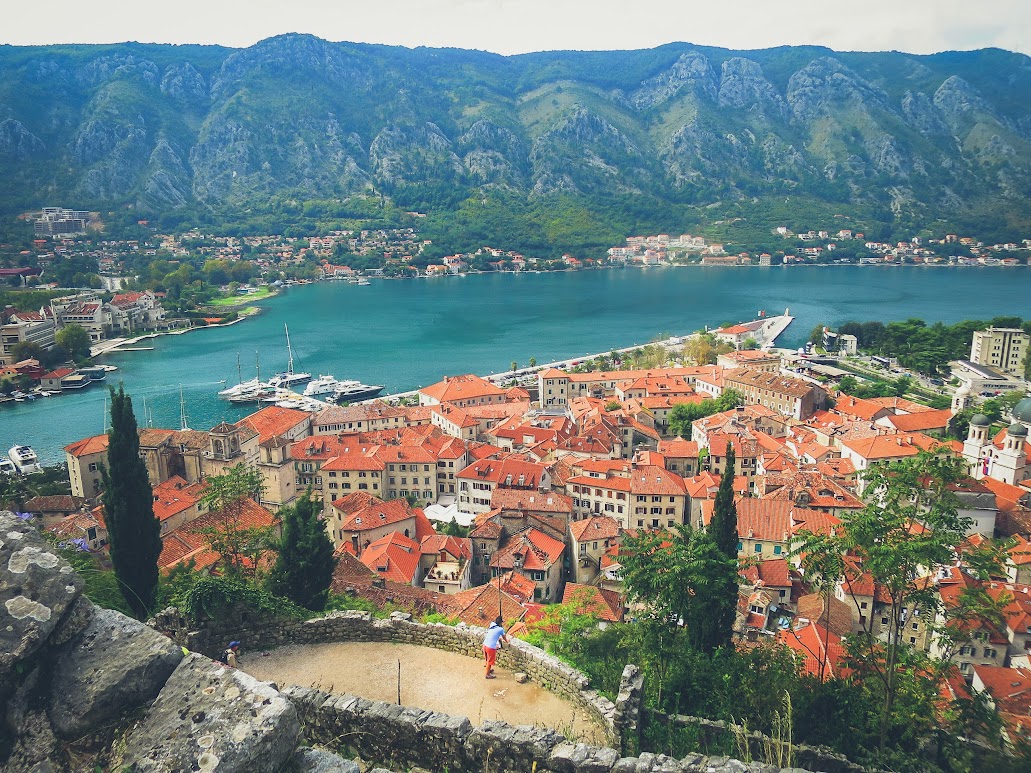 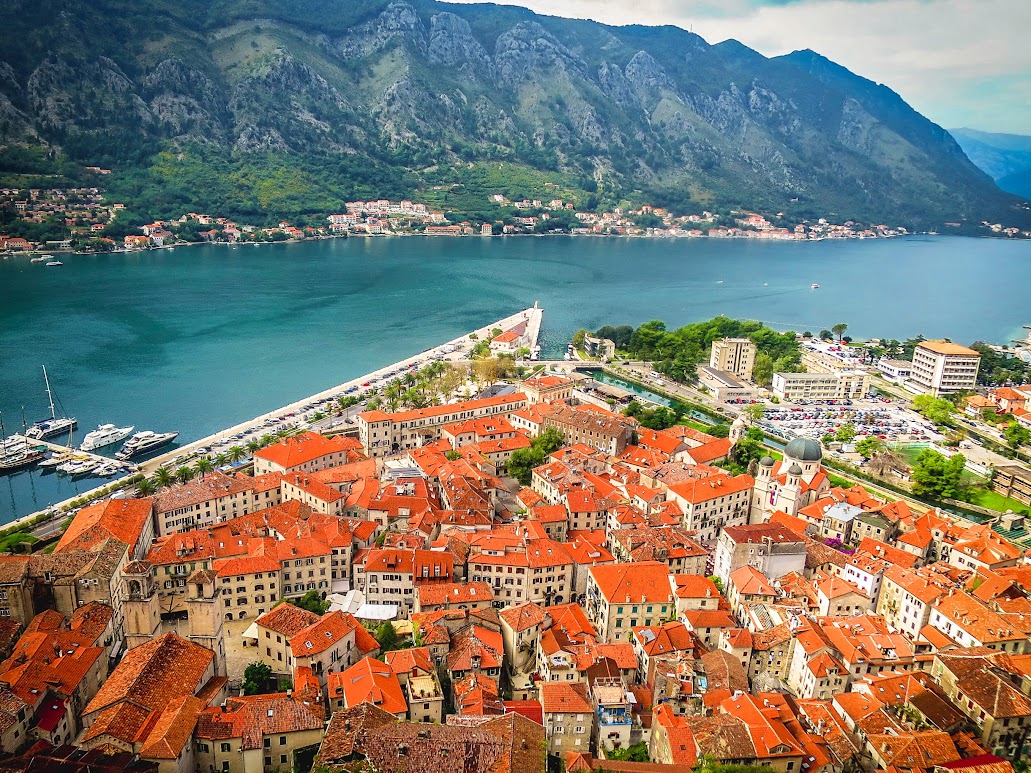 The Fortress on San Giovanni

Towering above the town is the mountain of San Giovanni, where a fortress has guarded and defended Kotor since before the Romans. Like much of the rest of Kotor, the current fortress structure is Venetian in construction, the ramparts snaking down the mountainside and linking up with the city walls. Access to the mountaintop is open to the public, and when I felt like the worst of the illness was over, we made our way to the base of the mountain to begin our hike. I don’t think I made it even halfway up though, as the discomfort returned in full force and I waved the white flag while leaning against the ancient battlements. After checking to make sure I was going to be okay, Ashley continued climbing, reaching the Church of our Lady of Remedy further up the mountain, before turning around and heading back to pick up her sick husband. 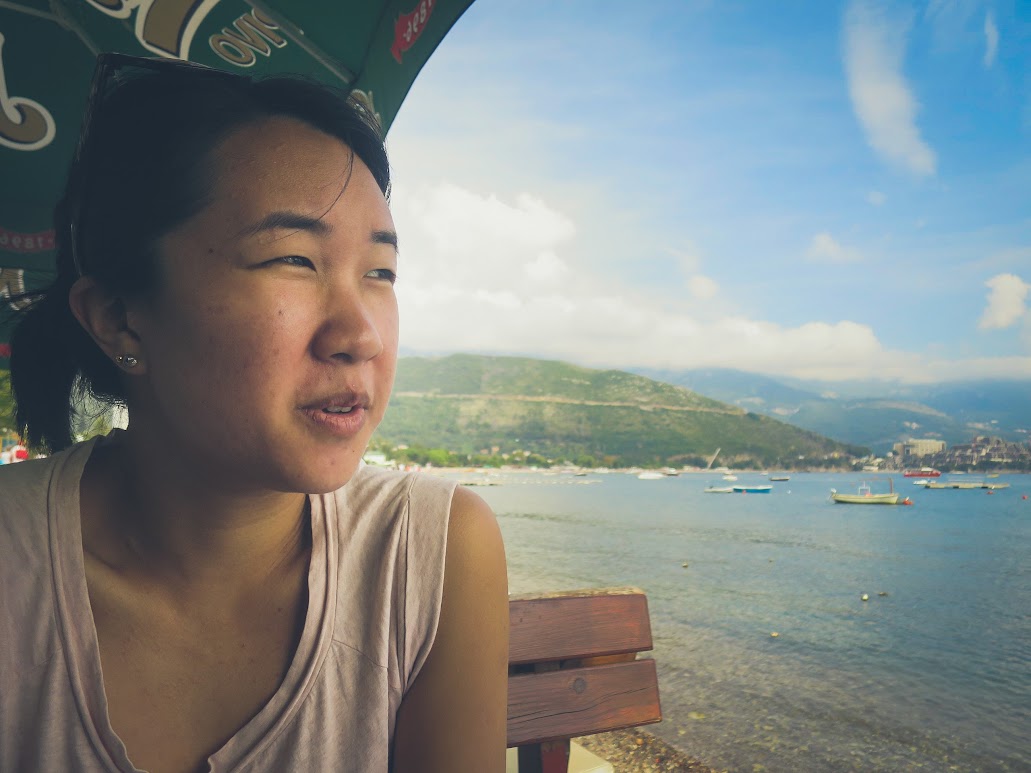 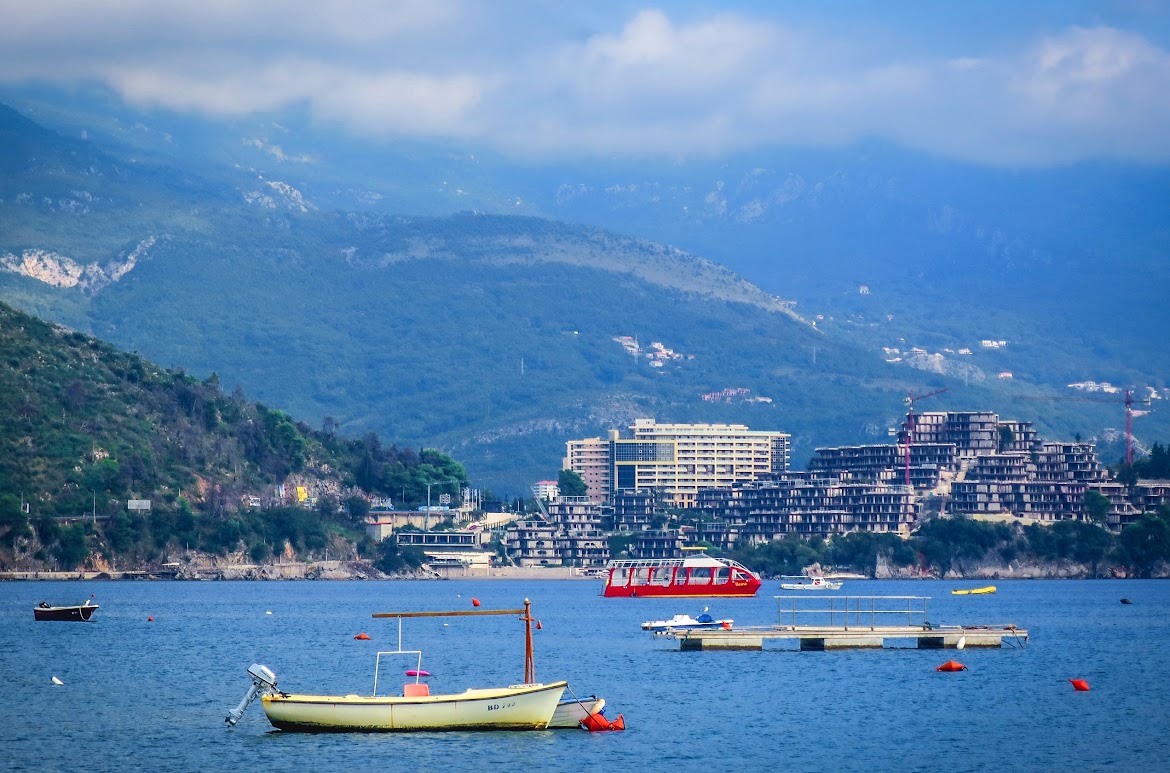 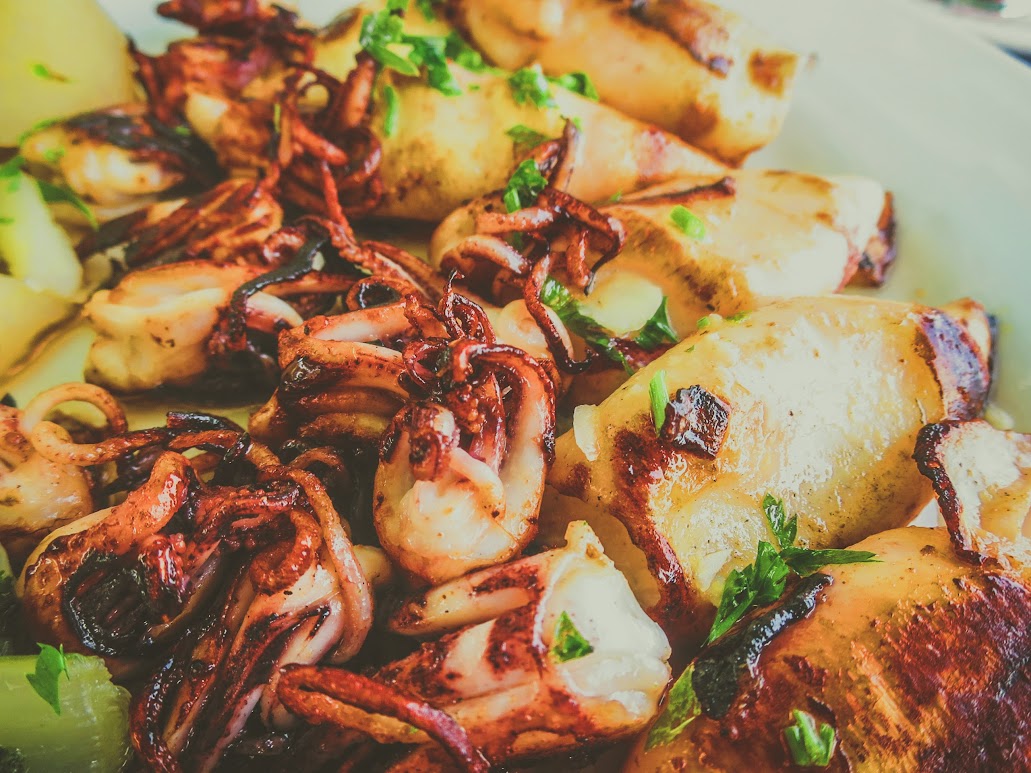 We left Kotor later that morning, cutting across the southern hills to rendezvous with the Adriatic. Along the way, we saw the island of Sveti Stefan below us, connected to the coastal beaches by a narrow sandbar. The picturesque collection of red-roofed villas and olive trees was a fortress in the Middle Ages and a luxury playground for the rich and the powerful in the 20th century. It is currently an exclusive resort encompassing the entire island, as well as the sandy beaches on the mainland. Being entirely out of our price bracket, we moved on from Sveti Stefan and went up the coast to the seaside town of Budva, where Ashley and I grabbed lunch together at a small seafood restaurant by the water. It did me good to sit and feel the ocean breeze on my sickly face, and I think getting a bit of food in me helped as well. In any case, I felt slightly better after our meal, and we headed down the boardwalk and through the walled city limits of old town Budva. 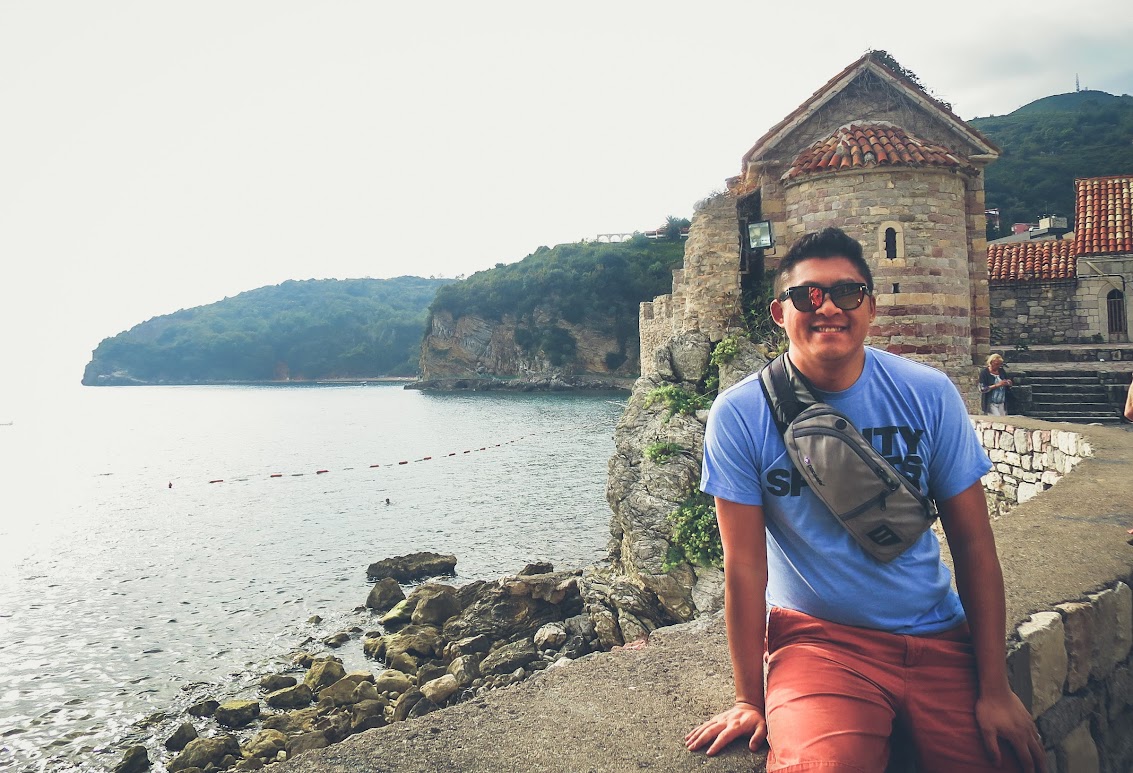 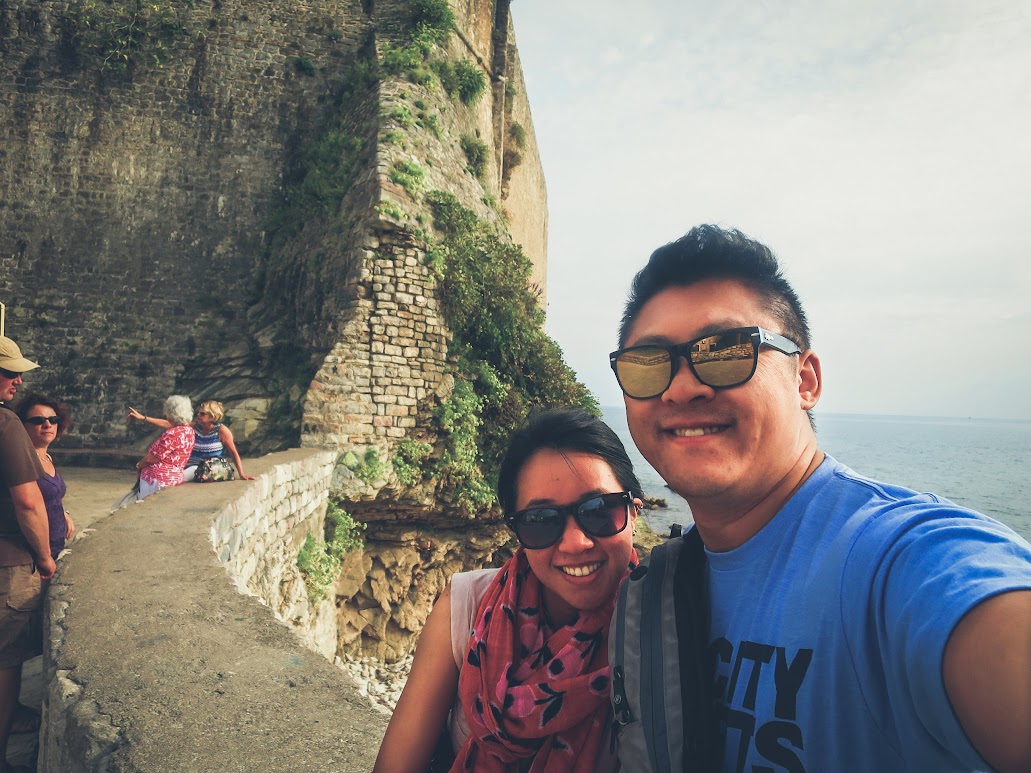 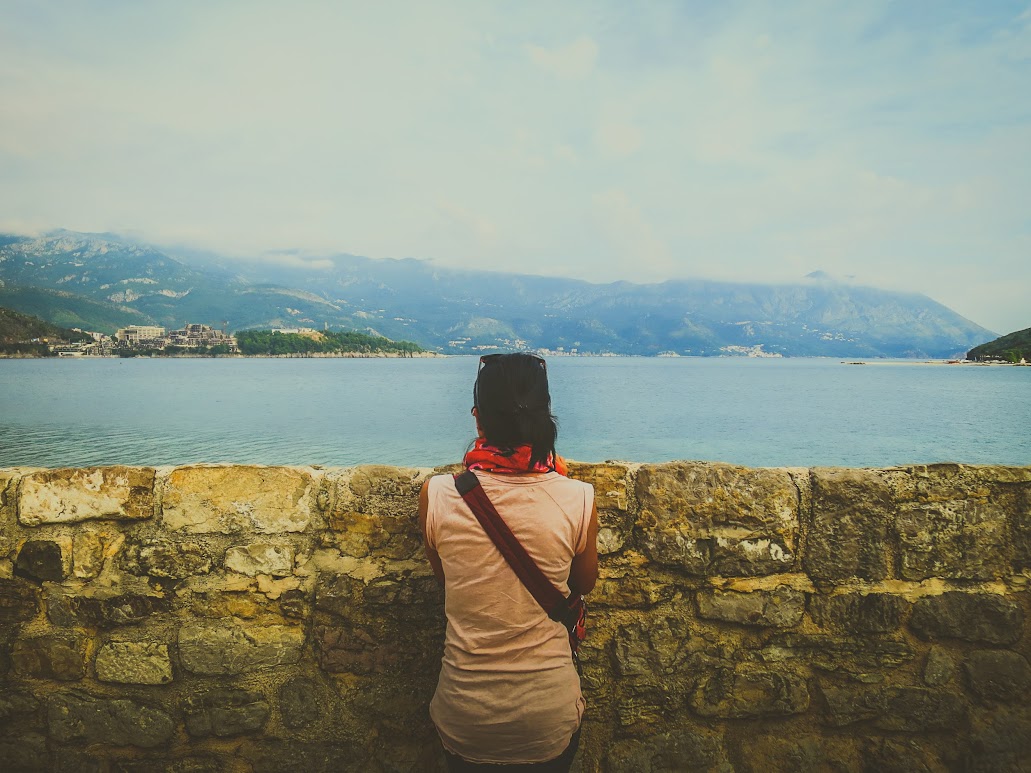 Where Kotor’s reputation is predicated on its historical and cultural legacy, Budva’s fame comes from its party atmosphere and energetic nightlife. It is by far the most popular tourist attraction in Montenegro, forming the heart of the Budva Riviera, with its miles of golden beaches, restaurants, casinos, and nightclubs. There is history in Budva, with evidence of urban settlement dating back to the ancient Greeks, but much of the old town was destroyed in an earthquake in 1979, and what stands now is mostly the result of modern restoration efforts. Our afternoon was spent walking its cobblestone roads and sitting on benches by the crowded marina, but, though it was enjoyable enough, much of my impression of the town was admittedly affected by my physical discomfort. 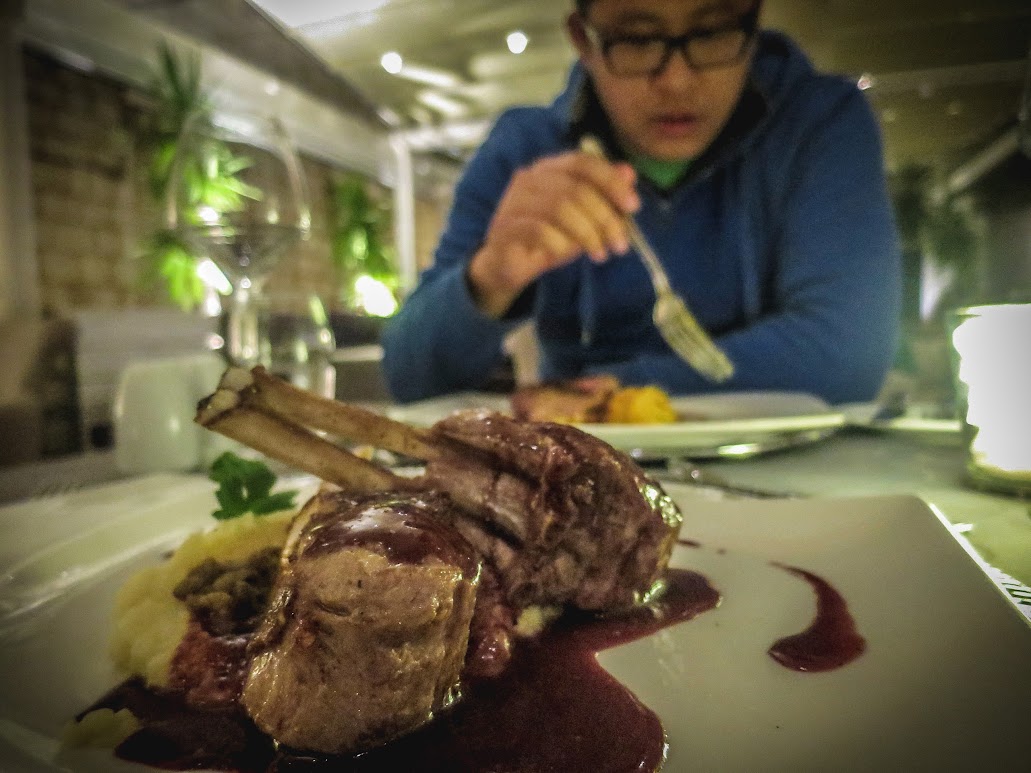 In the late afternoon, we drove back to the Bay of Kotor and took a ferry across to its northern shores. The bus picked us up on the other side and I spent the rest of the journey doubled over in the backseat. Once back in Dubrovnik, I collapsed into bed and fell into a deep slumber, while Ashley looked for a place to eat dinner. She woke me up after dark and dragged me down dimly lit alleyways, through a large gate in a brick wall, and onto the second floor of a restaurant nearby. Even in my sick state, I registered that the food was top notch, and I remember that meal to this day. I don’t quite recall the name of the restaurant though.

The next day would be our last day of our holiday, and we set it aside for a full day in Dubrovnik. Ever since we’d arrived a few days before, I had salivated at the thought of walking its tremendous walls and sitting by the sea to pass the laziest hours of the day. We got a glimpse of what was to come that morning as well, before we had taken off for Montenegro, when a series of large buses pulled up right to the gates of the old town. As Ashley and waited for our own bus on the sidewalk, we watched as a steady stream of bedraggled extras slowly exited the larger coaches, citizens of a world where Winter is Coming. 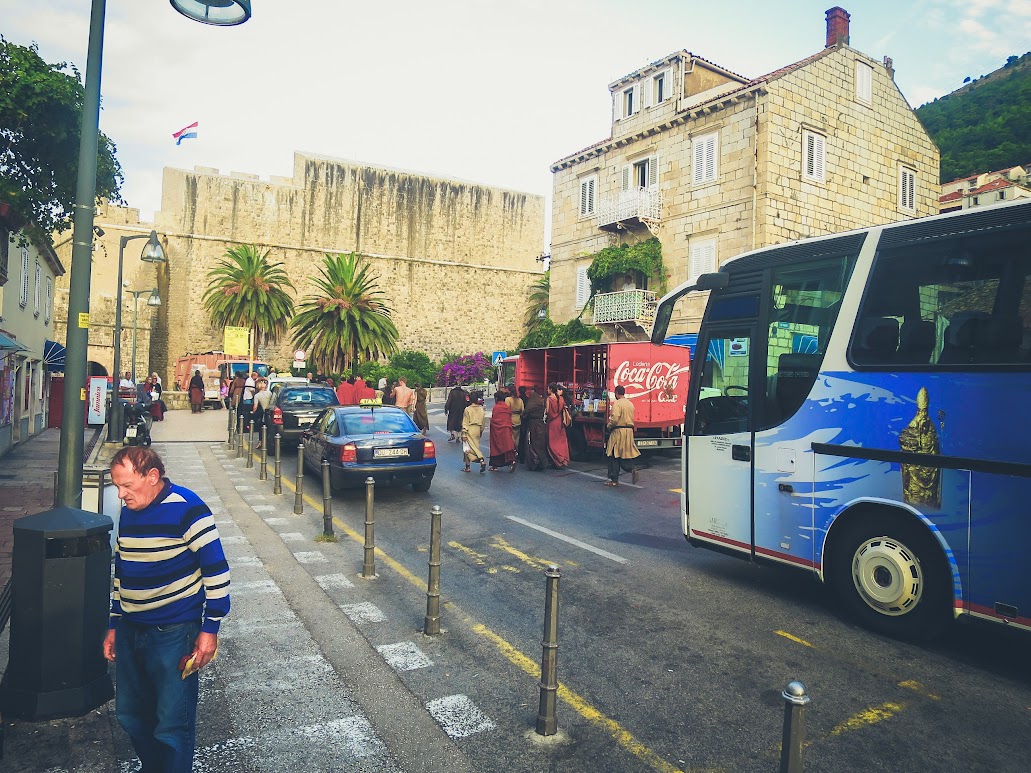