I should be lounging in a comfy winter cabin in Niseko right now, watching snowflakes drift down past my window as the rest of my family settles in for the night. For half a year we planned this holiday, booking flights, private cars, restaurants, and accommodations in order to spend a week together with my parents and my sister and her husband for the first time since my dad’s side of the family had a big reunion in Phuket two years ago. For months we dreamed of the powder, the onsens, the izakayas and the sushi bars, making plans through emails, chat groups, and phone calls with one another across continents. And then the coronavirus happened.

The rumours began making their way across the border in late December and early January, with reports of a SARS-like illness breaking out in the Chinese city of Wuhan. Hong Kongers, armed with the paranoia and meticulous hygienic practices adopted during the SARS outbreak in 2003 that saw nearly 300 people die in the city, began preparing for the worst. Even as the Hong Kong government dragged its feet in implementing stricter screening and border control measures throughout the first two months of the outbreak, triggering strikes from the city’s respected medical community, Hong Kongers began wearing face masks and stocking up on cleaning and food supplies, clearly anticipating the inevitable arrival of the disease.

To nobody’s surprise, the first cases began popping up in Hong Kong just before Chinese New Year, and from that point on the city went on a self-imposed lockdown. Workplaces began implementing their own work from home policies, including the publication I write for, and I’ve been to the office only twice since the end of January. Schools cancelled classes until at least mid-April, churches and other community groups stopped their in-person gatherings and moved their services online, and museums, libraries, and theme parks, including Hong Kong Disney, have suspended operations. Tourism numbers crashed hard, already slumping from the protests that brought Hong Kong to its knees last year, and the government announced a sweeping round of budget sweeteners in February to both help out struggling local businesses and keep the local population at bay.

Meanwhile, our family could only watch and wait to see whether our holiday could still go on as planned. Once the Japan infection numbers for COVID-19, the official World Health Organisation name for the virus, began creeping up in late February and early March, however, the writing was pretty much on the wall. Within a matter of days, Hokkaido declared a state of emergency and Japan lifted its visa exemptions for Hong Kongers. When Japan and Hong Kong announced their own competing 14-day quarantine measures for people coming from either jurisdiction, that was pretty much the end of it. Some of the decisions were taken out of our hands, such as our airline rescheduling our flights multiple times over the last couple of weeks before finally just cancelling the entire journey with no alternative flight options provided, but that didn’t make our final decision any easier. No Japan, no family time, no snowboarding, no break.

It doesn’t look like we’ll be going abroad any time soon either, with the COVID-19 pandemic hitting almost everywhere – and everywhere it isn’t (for now) putting up barriers for people coming from Hong Kong. To be honest, though, I do feel like this city has weathered the outbreak relatively well so far (knock on wood). Sure, there were shortages of masks and cleaning supplies in the first few weeks, and there was the panic buying that had armed groups stealing toiler paper rolls for profit at one point, but things have calmed down a lot since then and our relatively low infection figures are a testament to the rapid society-wide buy-in to the new face mask-wearing/hand washing/staying indoors norm. I think a lot of Hong Kongers are now observing what’s happening in places like Japan, Korea, Italy, Germany, and Iran with no small amount of sympathy. Which is different from how we’re reacting to Canada and the U.S., which is more along the lines of please take this more seriously! It’s sad and comical to see the same sort of panic buying taking place across North America that Hong Kong and other Asian outbreak locations were seeing, and being made fun of, a month ago, but it just shows you how truly global this situation has become.

A part of me still thinks about COVID-19 as an Asian outbreak, but now my friends back home in Canada are starting to panic and freak out, sharing the same links and articles about proper hand-washing and social distancing that I was seeing in my local feeds back in early February. The funny thing is, even living in a city on the very doorstep of the original outbreak site, I don’t think it hit me how serious this was until the NBA suspended its season a few days ago. That one was a doozy.

So, instead of a big beautiful post filled with photos of snowy landscapes and cozy interiors, I’ve put together a collection of photos I took with my phone in Hong Kong over the last couple of months, pseudo-documenting life inside a city on lockdown. The streets are a little emptier, masked faces are more ubiquitous (though definitely not an unusual sight given last year’s protests), but life, and the city, goes on. Who knows how long this state of affairs will last, both in Hong Kong and globally: whether Hong Kong will be hit with a new wave of infections, whether outbreaks in other parts of the world will continue to escalate, or whether we’ll even see the end of this pandemic at some point this year. For now, we can only sit tight and hope it doesn’t take too long to run its course – and that other countries ramp up their responses and flatten the curve. Whatever the case, my family and I are definitely grounded for the next few months, at least, and Ernie isn’t going anywhere anytime soon. 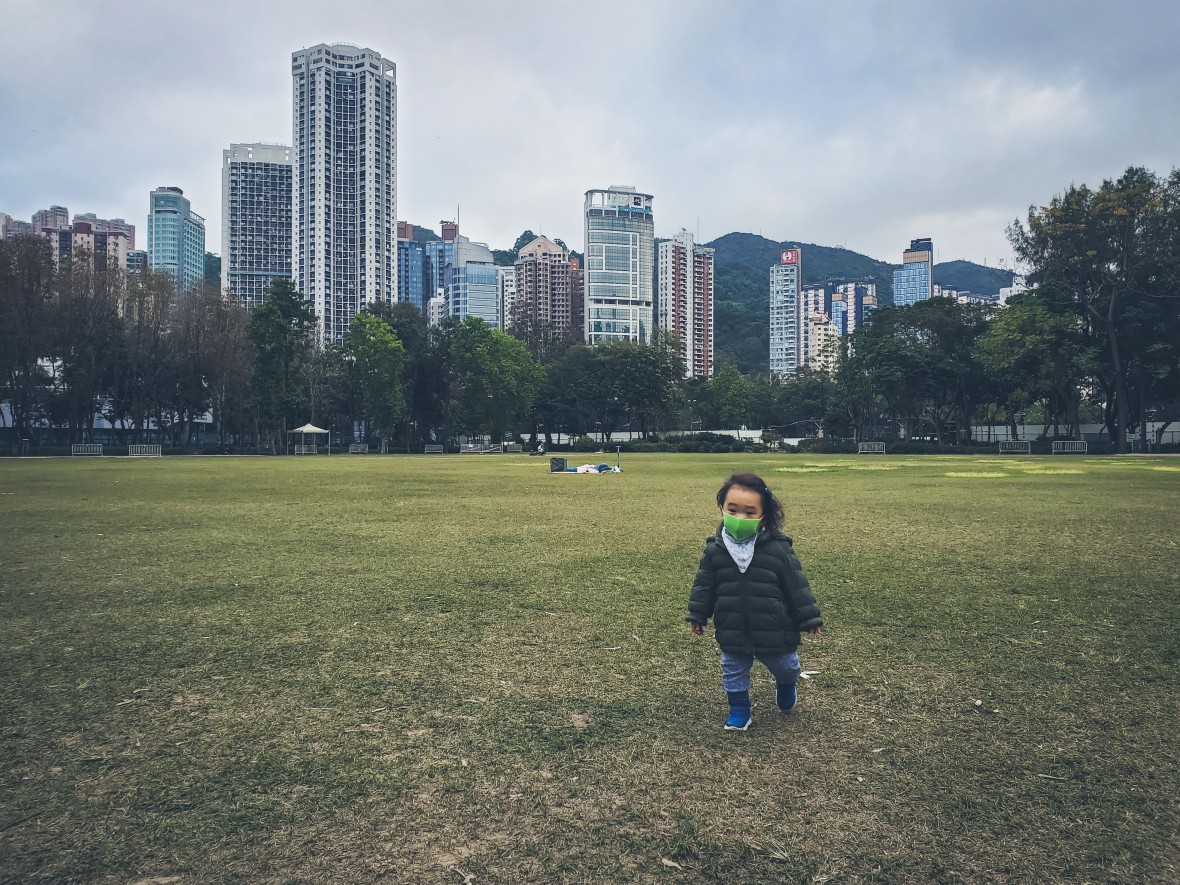 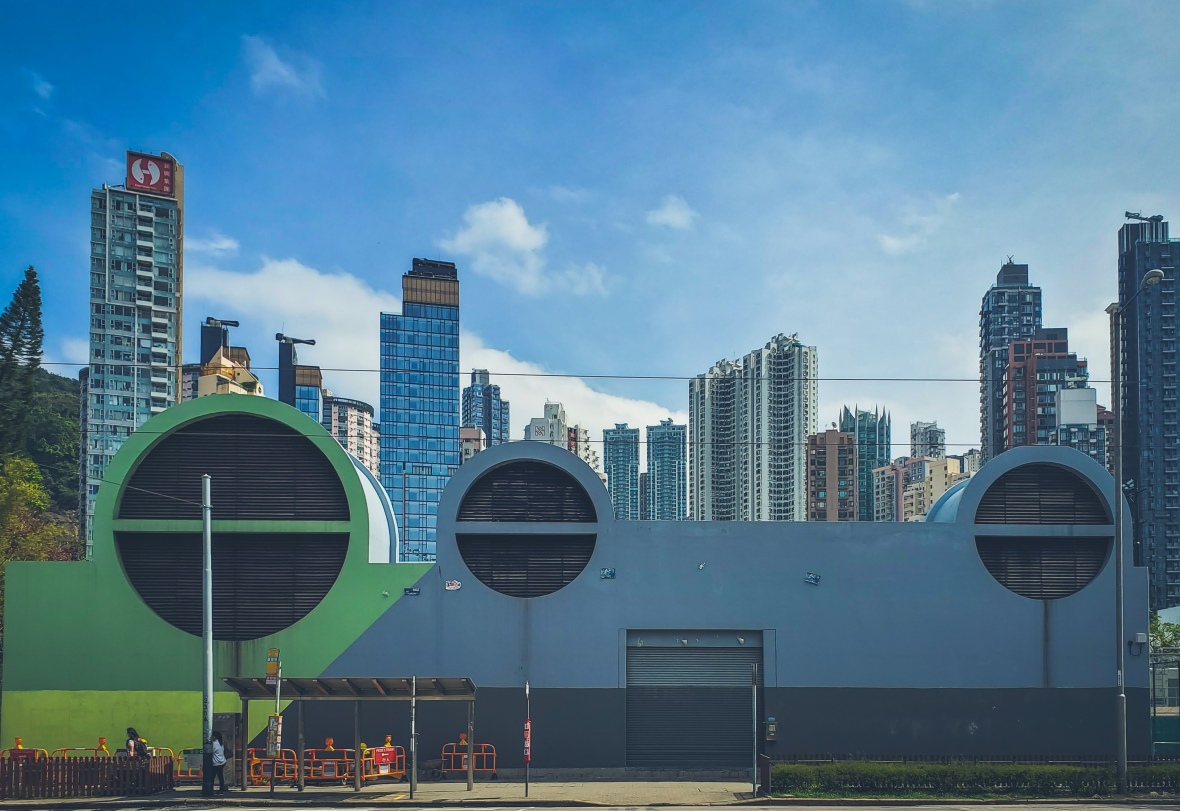 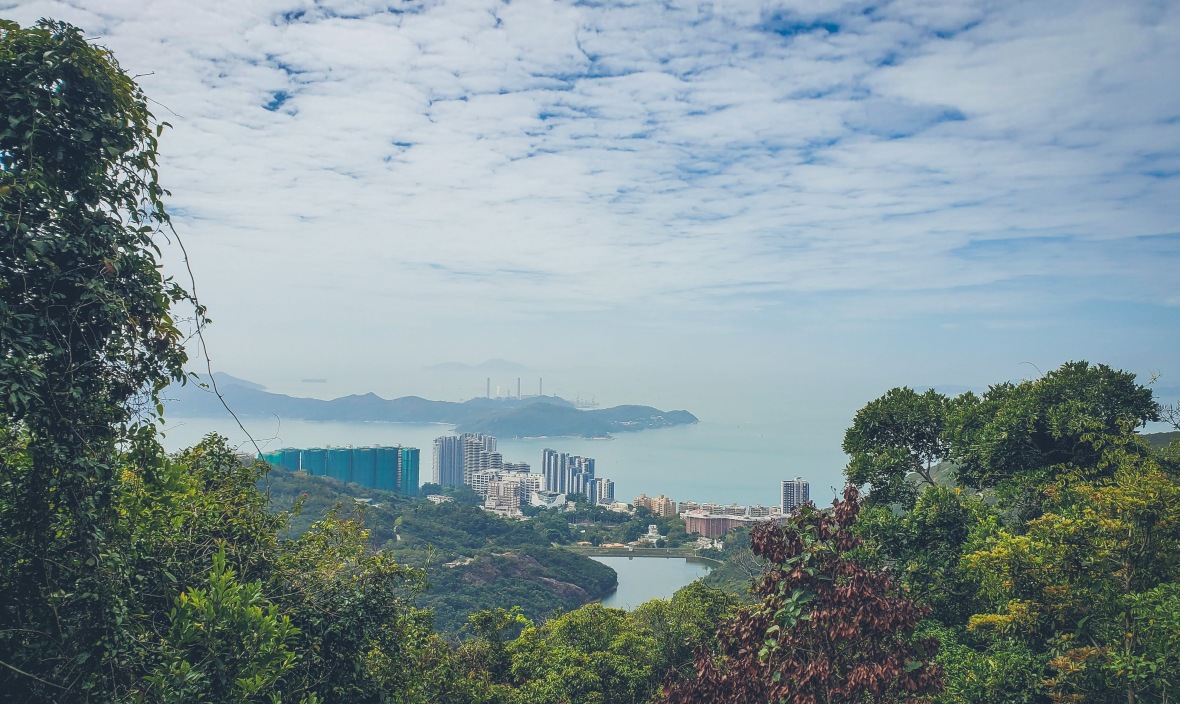 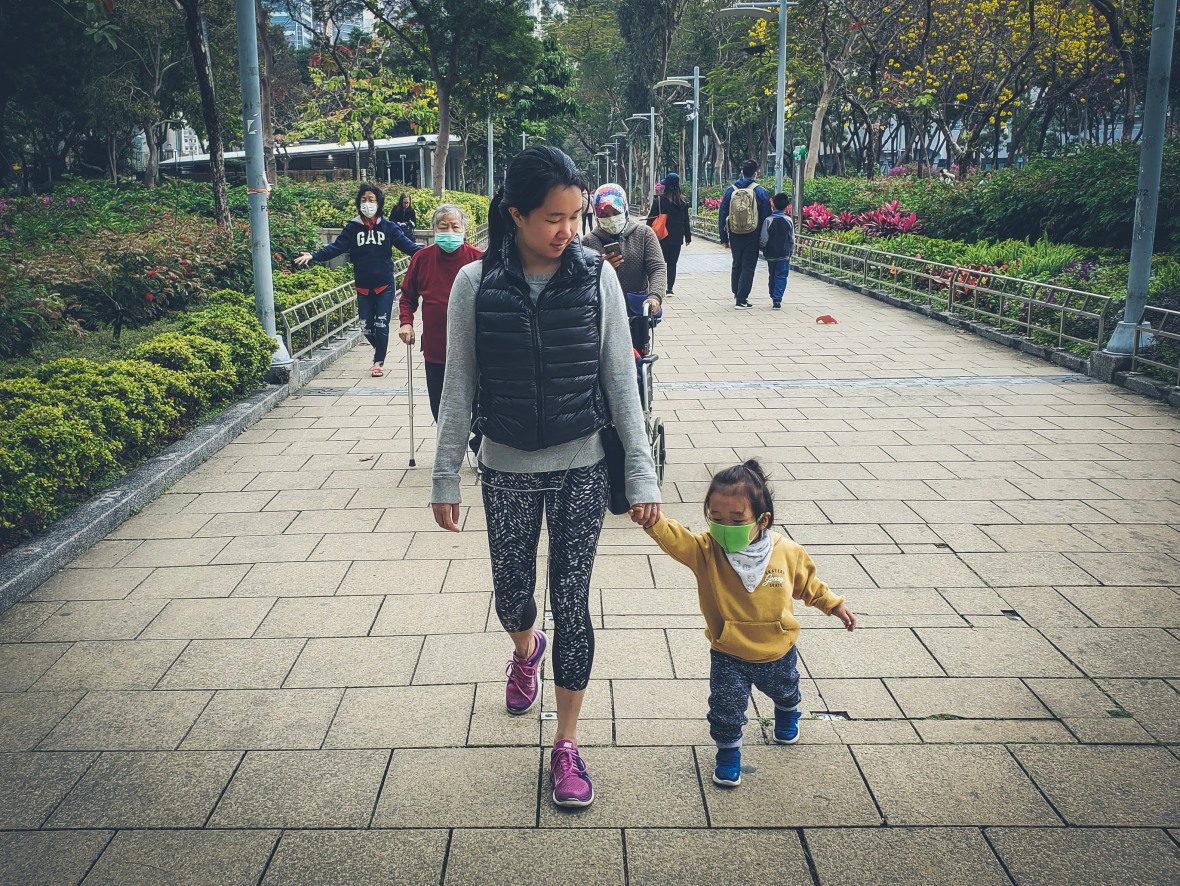 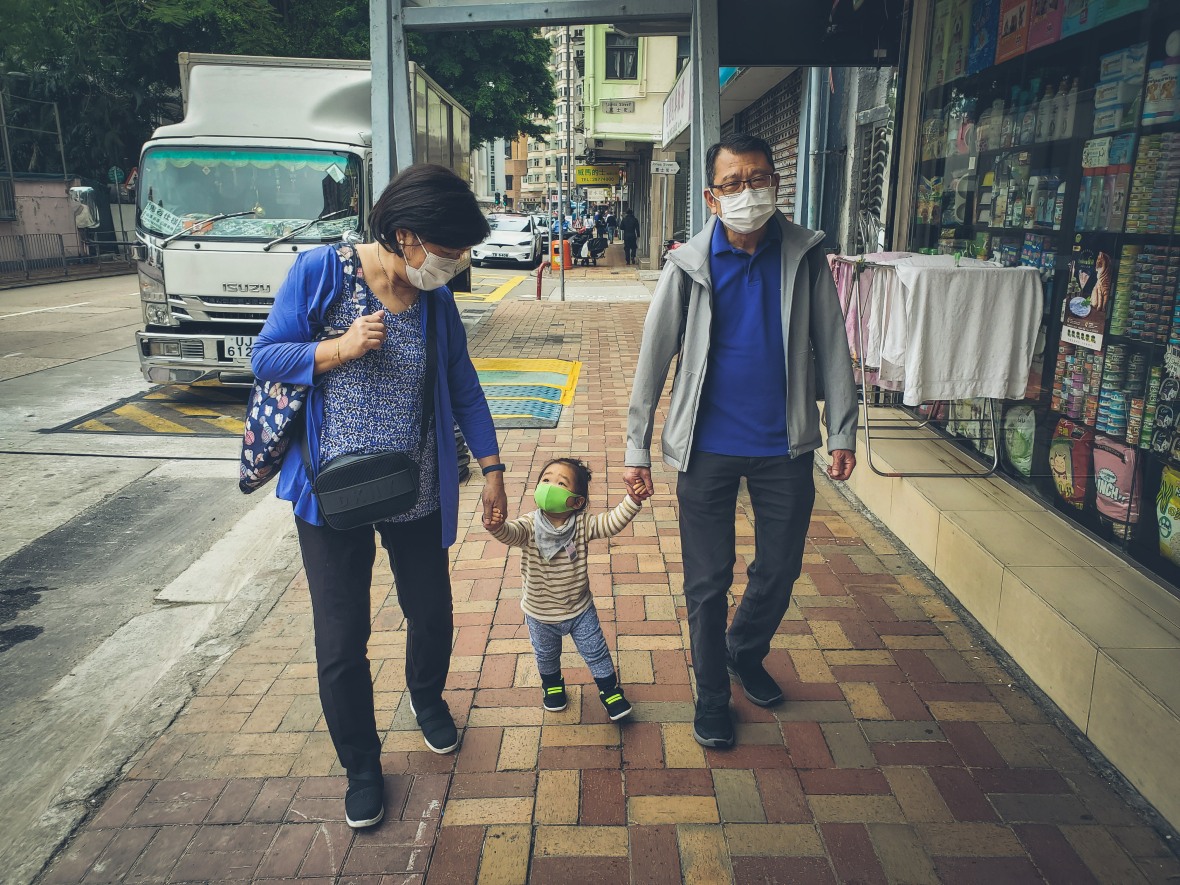 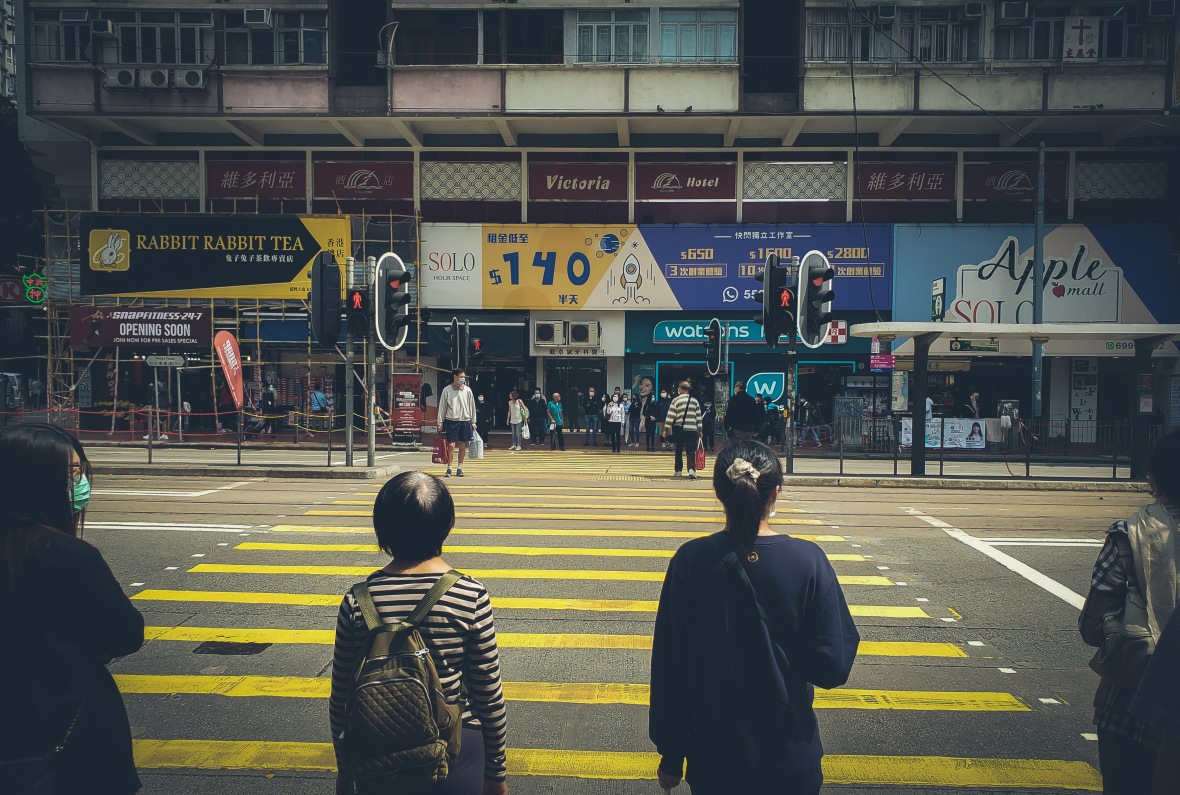 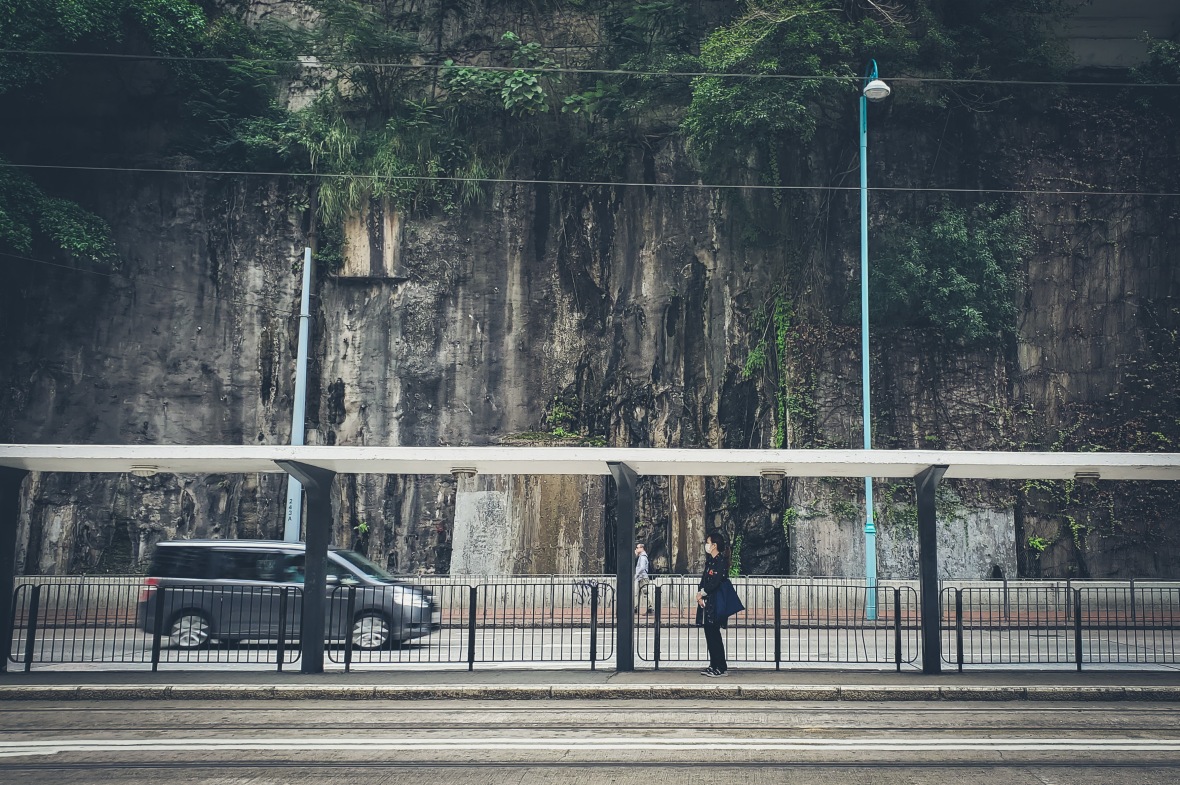 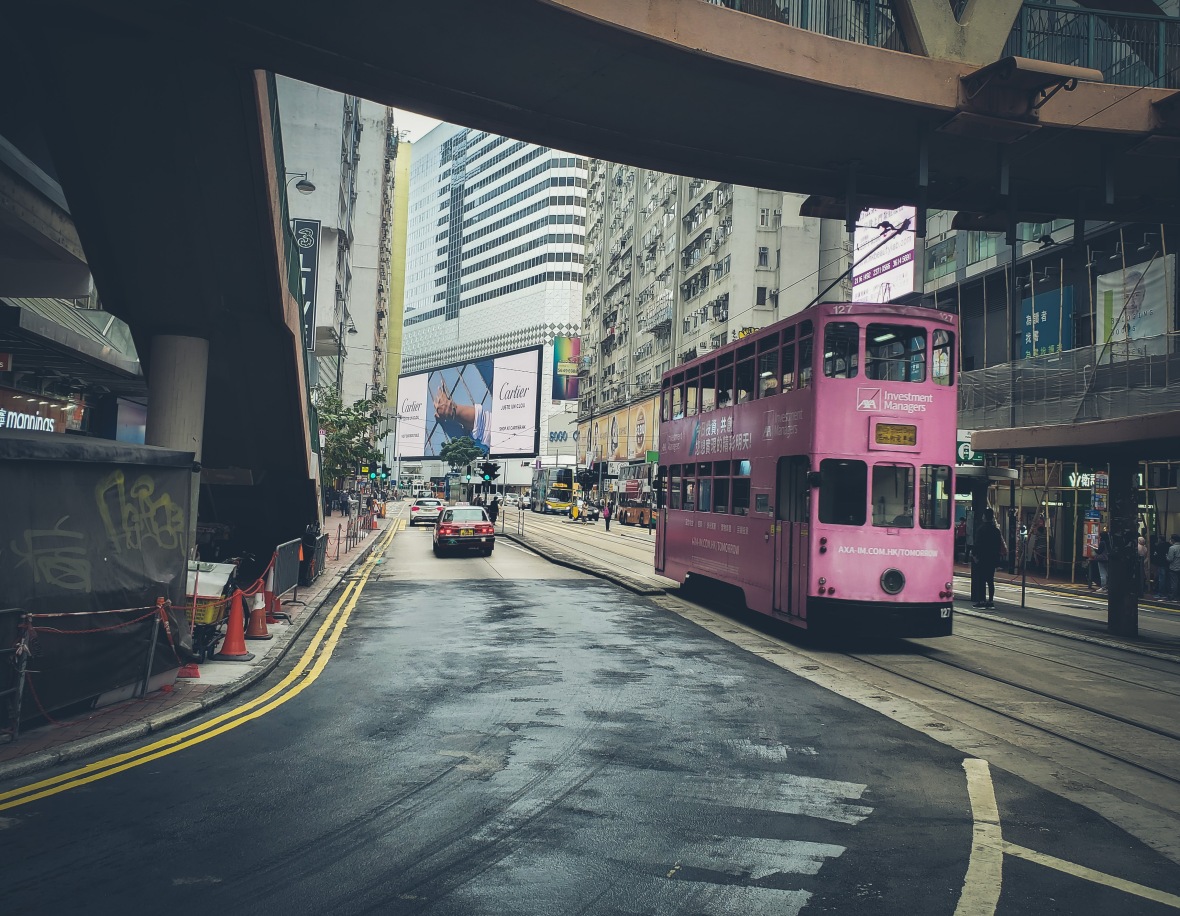 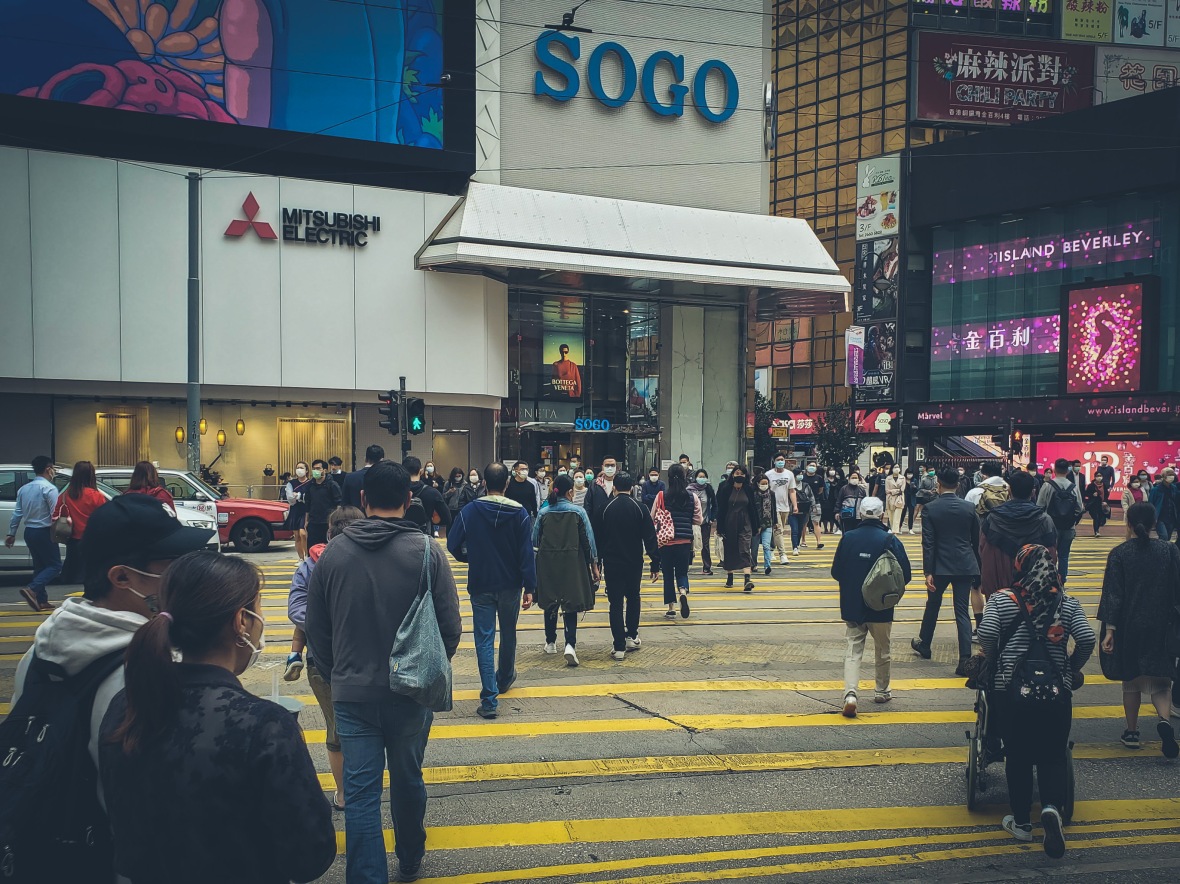 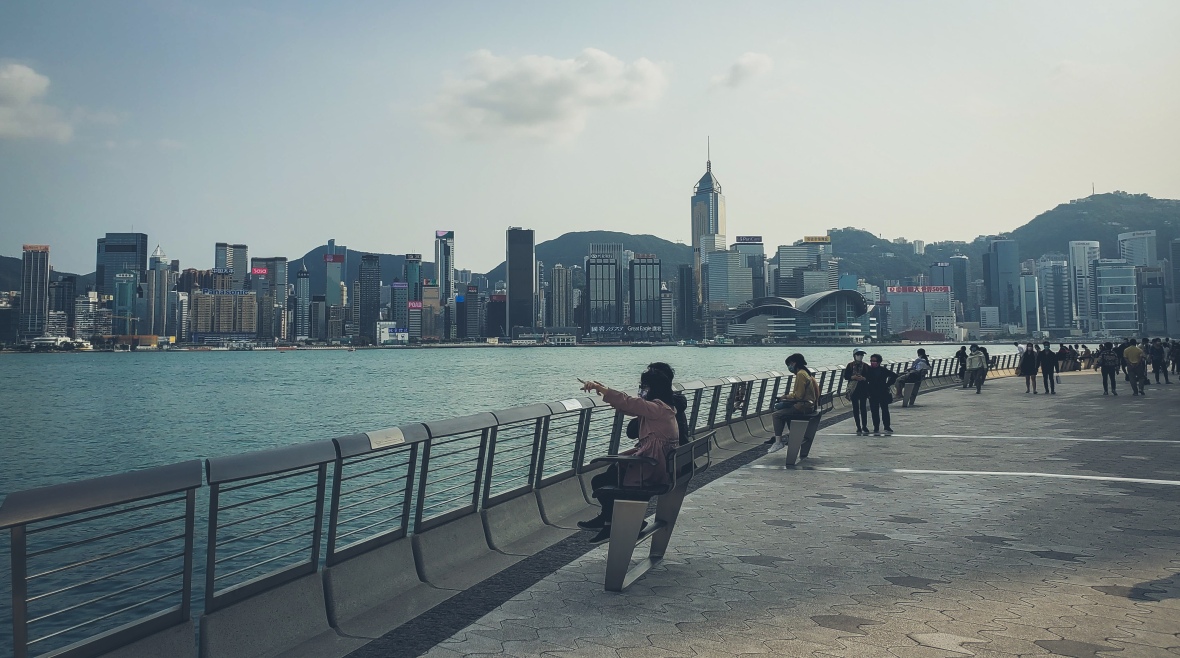 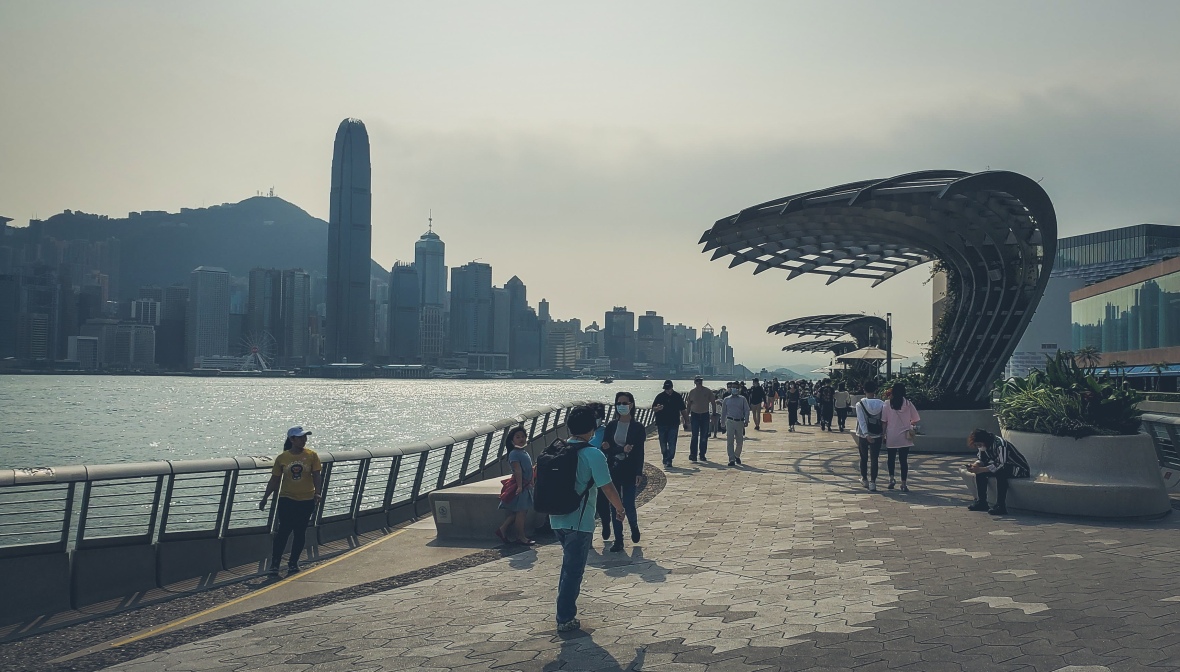 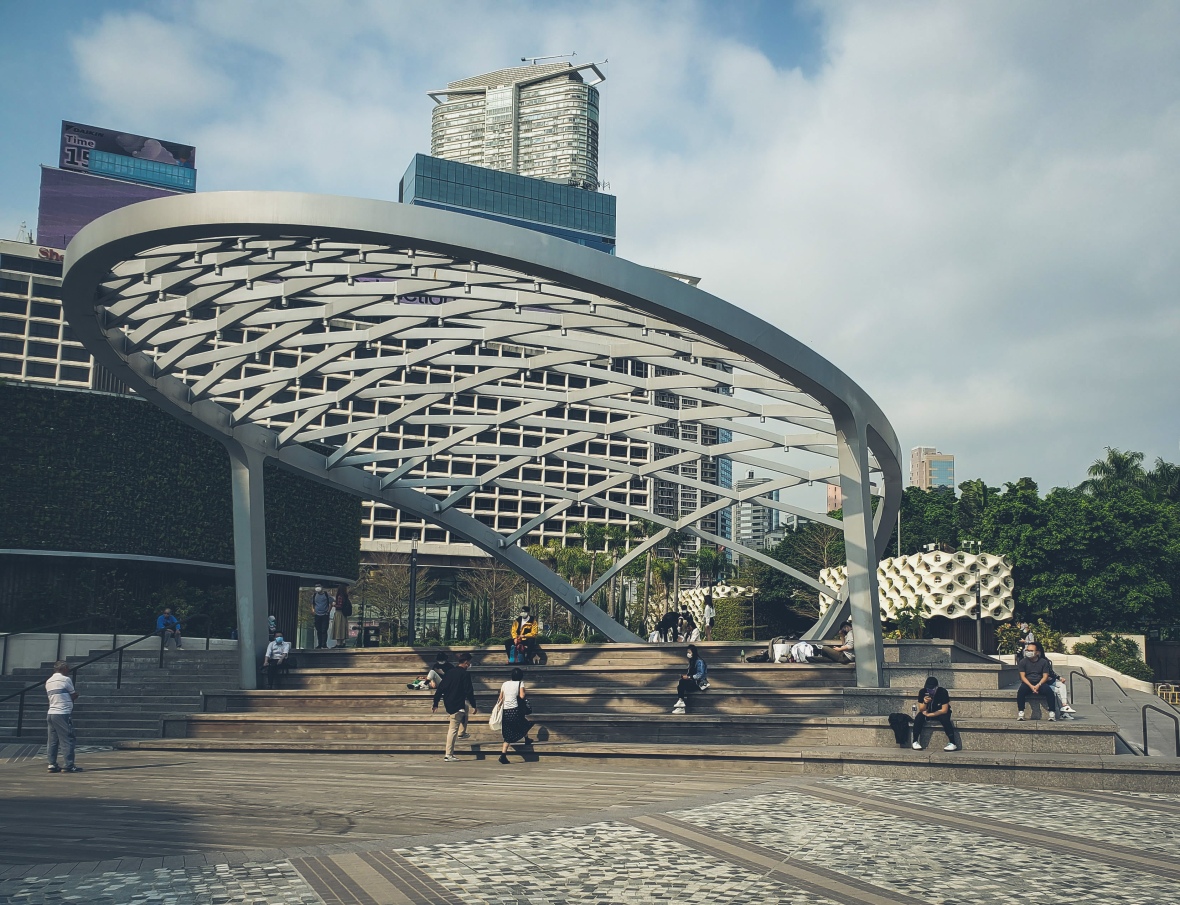 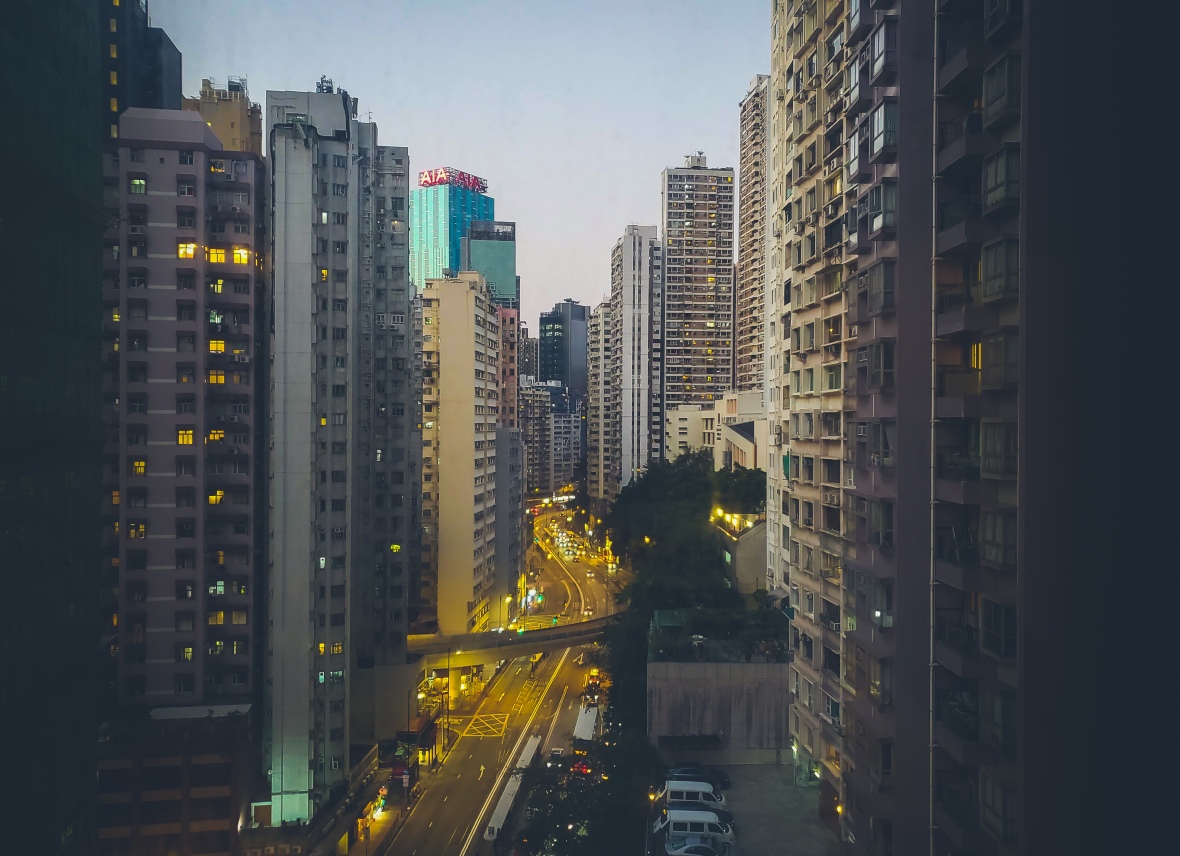 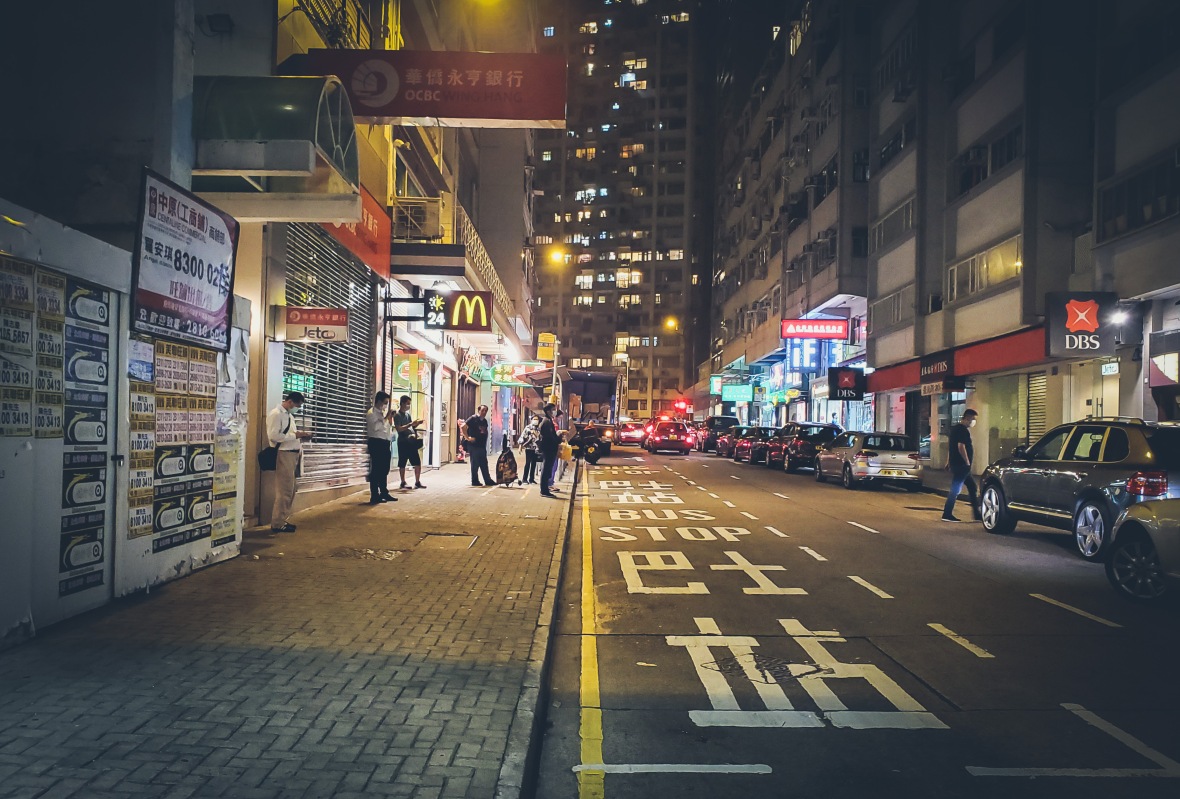